on April 21, 2013
I took off before sunrise yesterday morning to head to the central Oregon coast with the mutts.  I spent the day in Newport, focusing on the South Jetty and Yaquina Head. 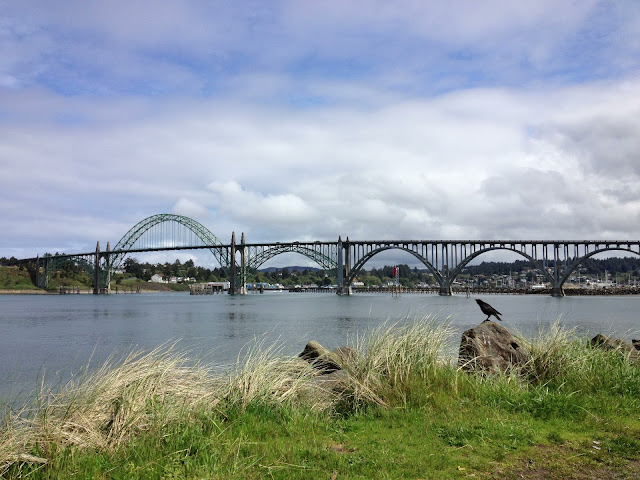 I wasn't chasing anything in particular, just wanted to spend a pleasant day birding at the beach and hope the dogs would get tired in the process.  This goal was easily achieved.

Cormorants were show-stealers much of the day.  Pelagic Cormorants were busy building nests on the Yaquina Bay Bridge (above), collecting sea vegetation and flying it back to the bridge. 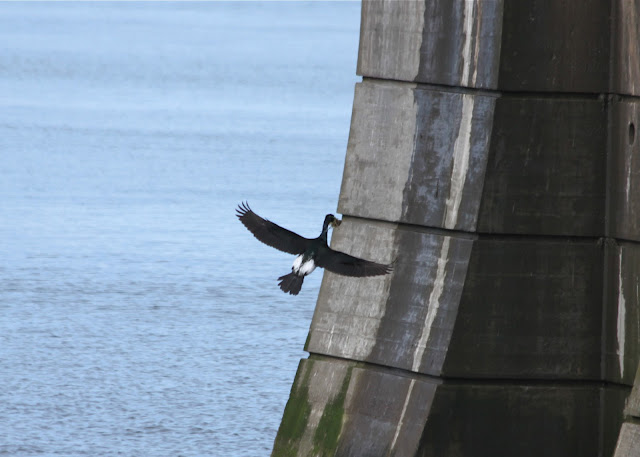 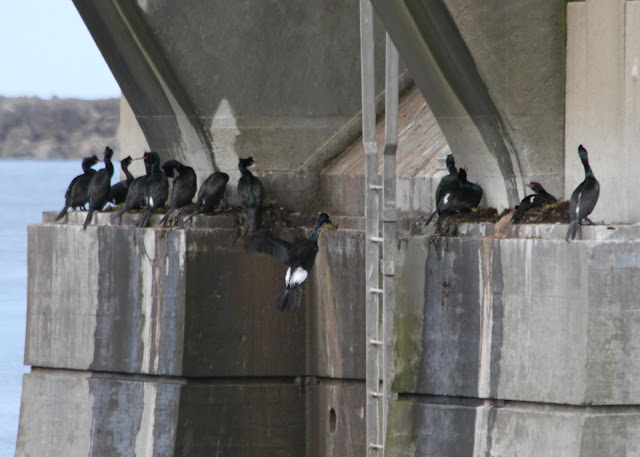 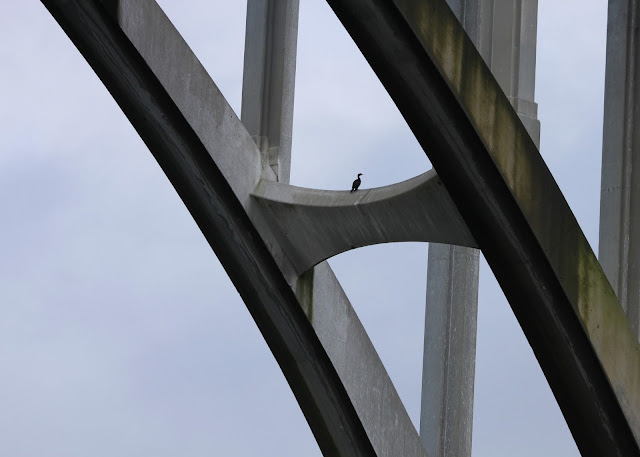 They were also constantly flying along the jetty, showing off their inner Rainbow Brite. 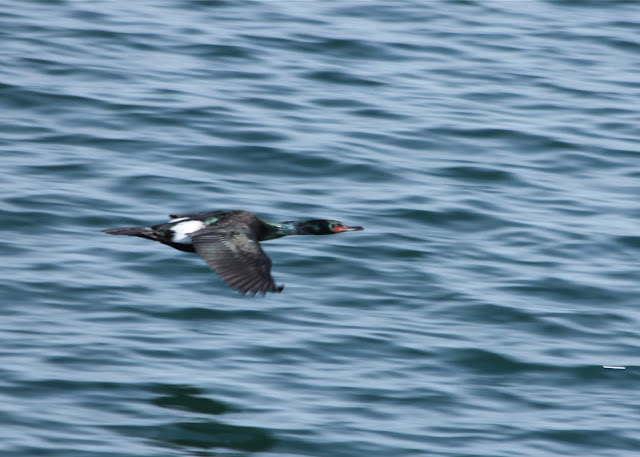 Over at Yaquina Head Brandt's Cormorants were showing off their fancy blue throat pouches on the poop-covered offshore rocks. 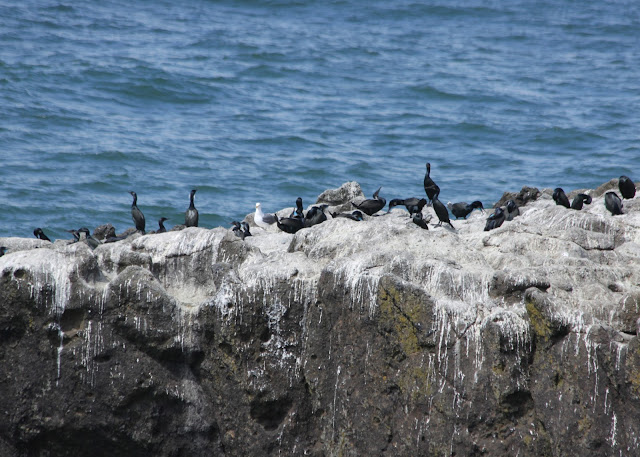 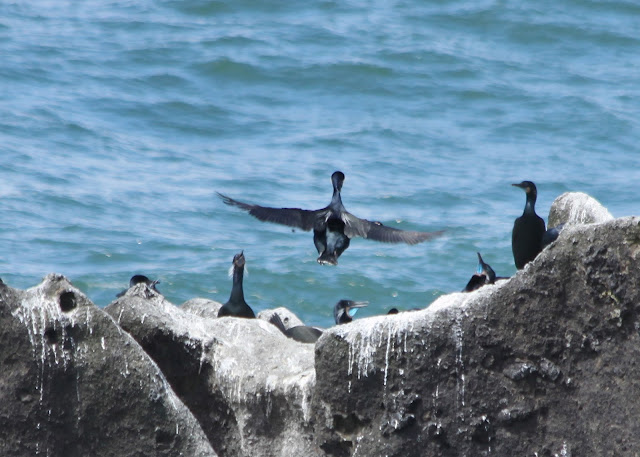 They were throwing back their heads in mating displays, but too far away to really get good photos.

I also spent some time around the Hatfield Marine Science Center.  Breeding plumaged Black Turnstones and Common Loons were accommodating... 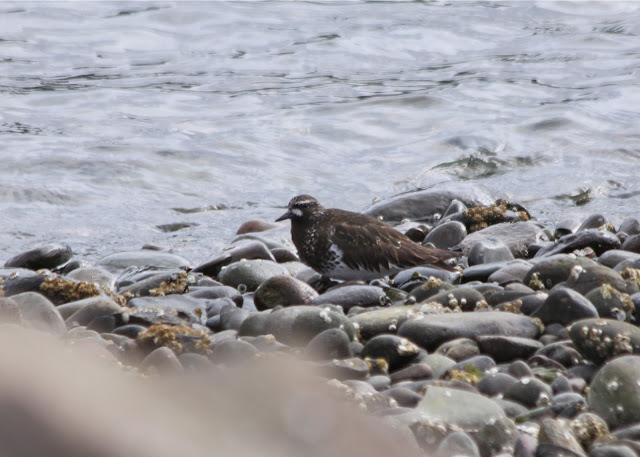 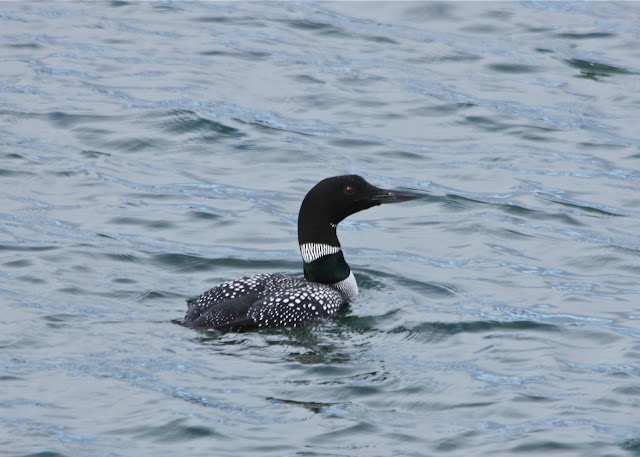 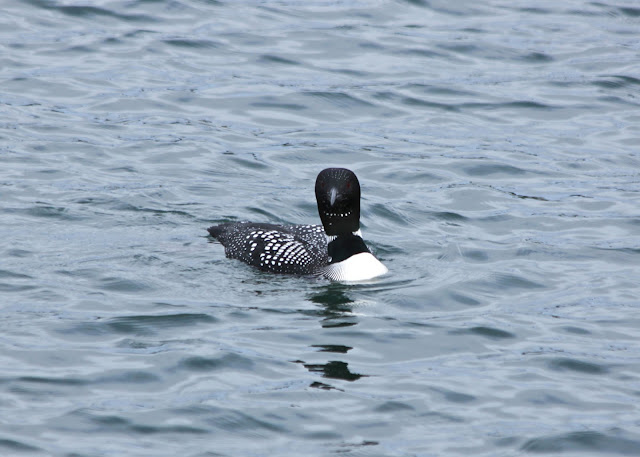 Some more good birds from the day... 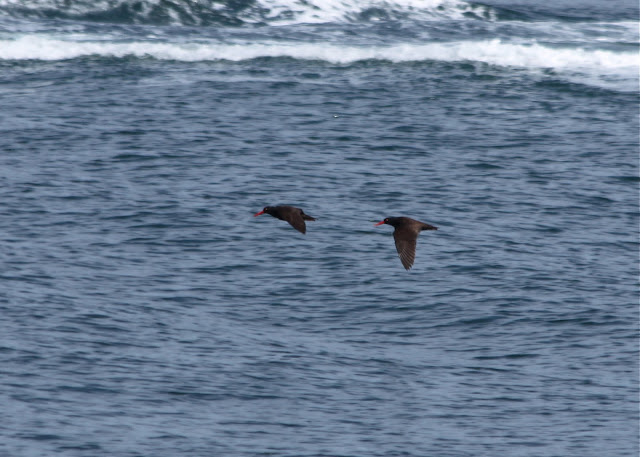 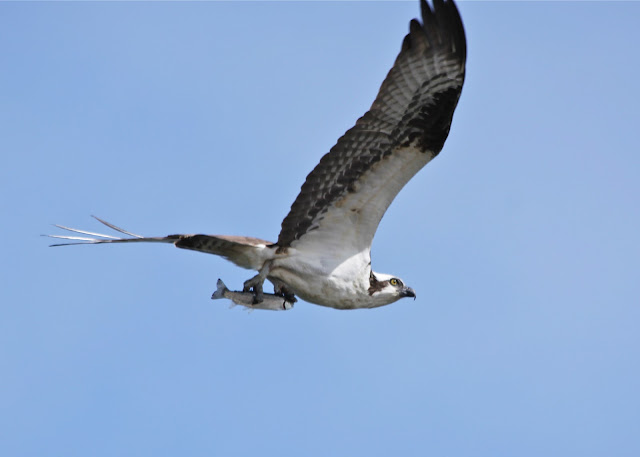 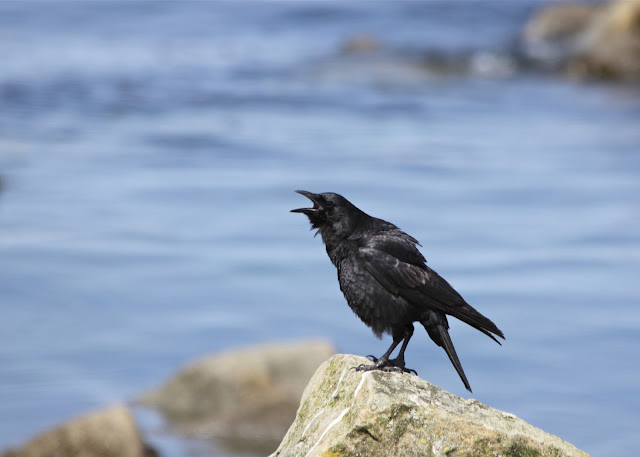 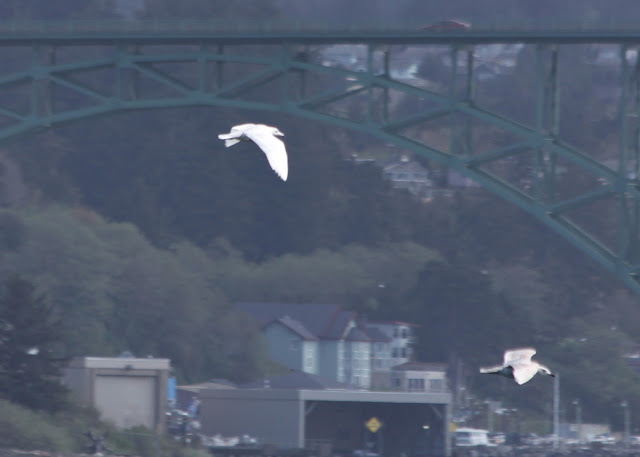 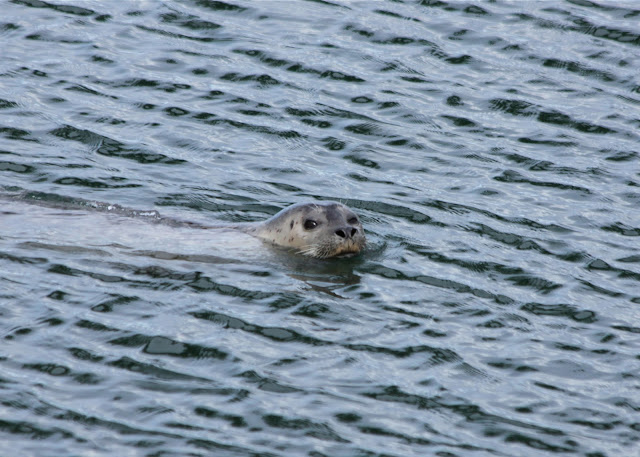 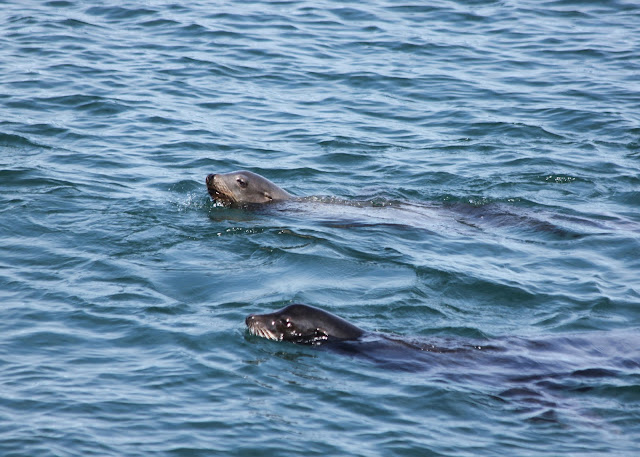 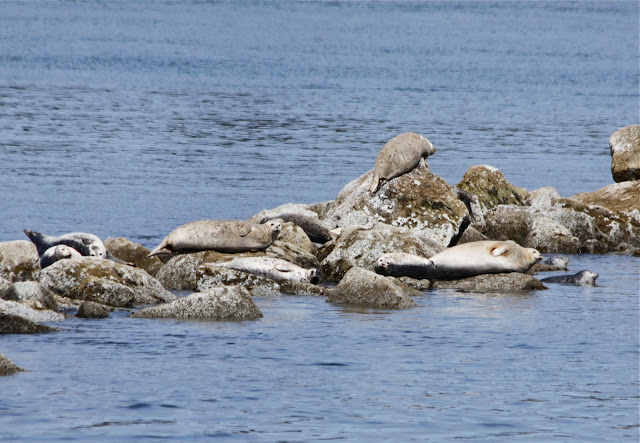 Thankfully the dogs were tired after their busy day of peeing on stuff, smelling stuff, peeing on more stuff, digging holes, and collecting sticks. 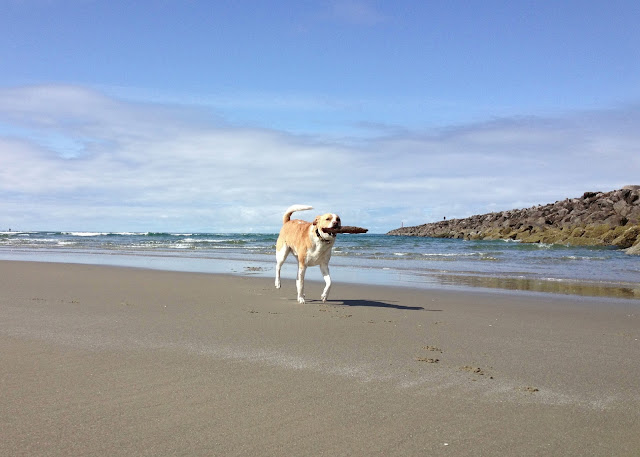