on April 14, 2013
Yesterday afternoon my friend and I went for a long walk around Steigerwald Lake despite the constant threat of rain in seemingly every direction.  We stayed dry for the most part and saw lots of cool stuff.  Harriers were hunting when we arrived, doing their best to keep steady in the crazy gorge winds. 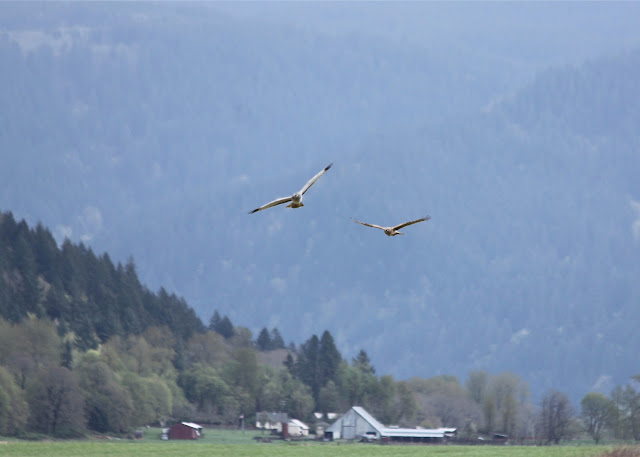 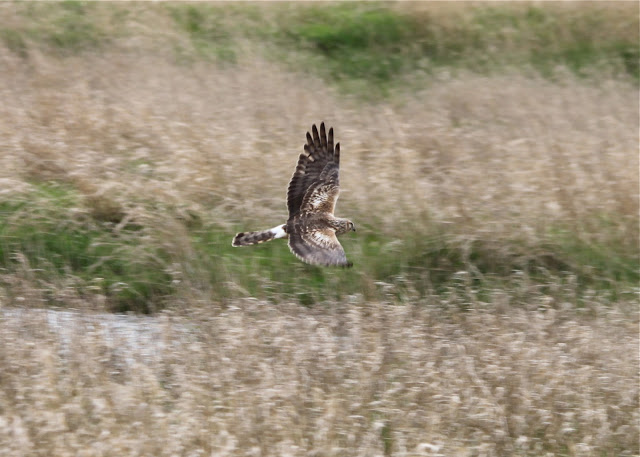 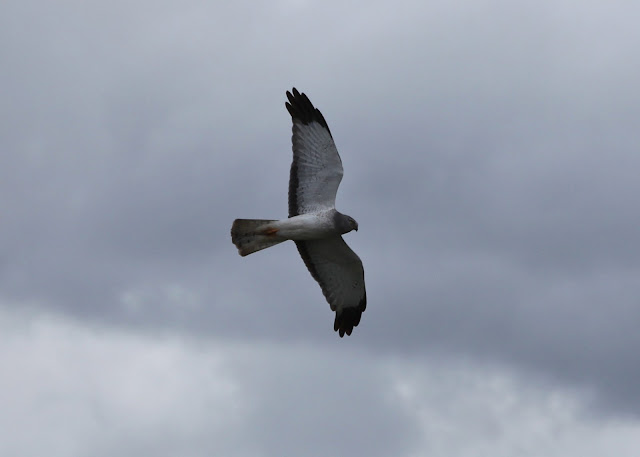 A lone turtle was out on a log, basking in the cloudy day... 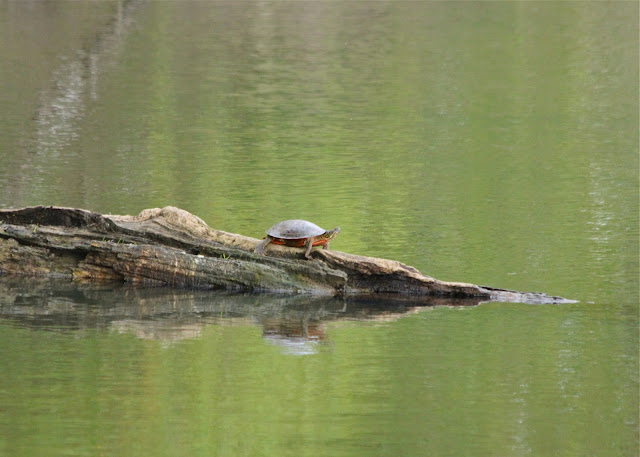 The sun would peek out here and there making the scenery look neato. 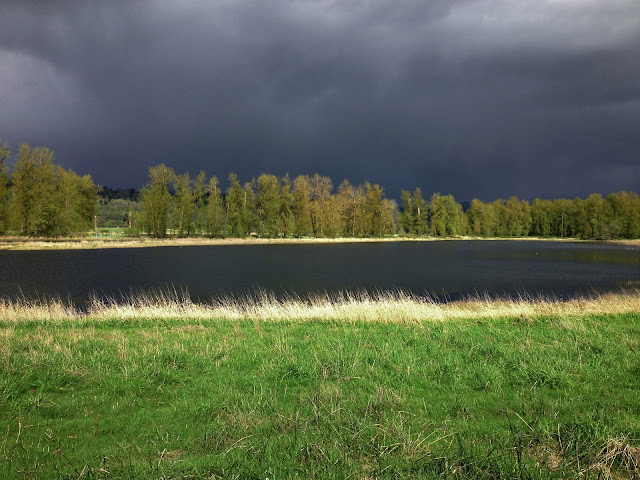 A kestrel was perched on the fence where the main trail approaches the dike trail... 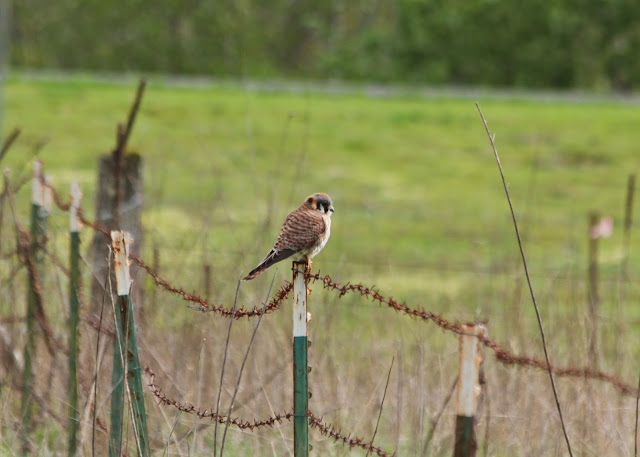 We saw a scrub-jay along the dike trail that looked odd.  Its back looked too grey but I think it was just puffed out. 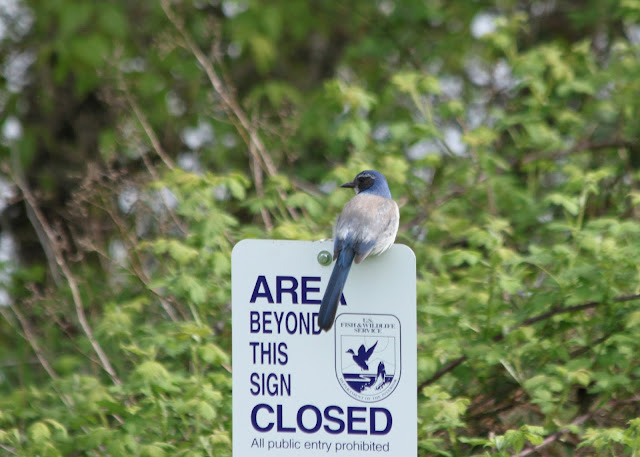 As we started to walk away, the other scrub-jay in the area flew up to the sign and proceeded to feed the first bird. 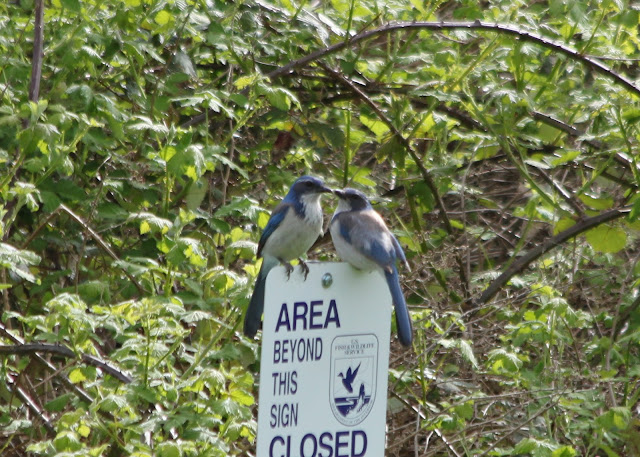 I am guessing this is a male feeding a female in some kind of mating/breeding-related activity?  We waited to see what happened next and it was uneventful.  The left (male?) bird flew to a bush nearby and the right (female?) bird flew to the ground and started pulling up snacks.  On our return trip the birds were still foraging independently on the ground.

We kept walking west and found a Lincoln's Sparrow perched on the fence. 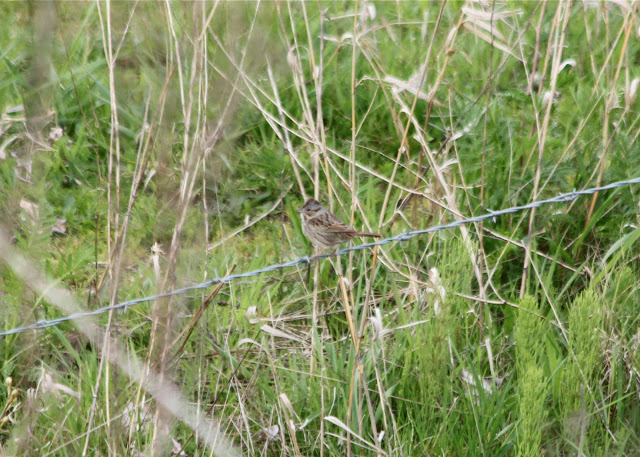 My friend's favorite sighting of the day may have been the cows, only because they let him get close and tickle their noses with wads of grass. 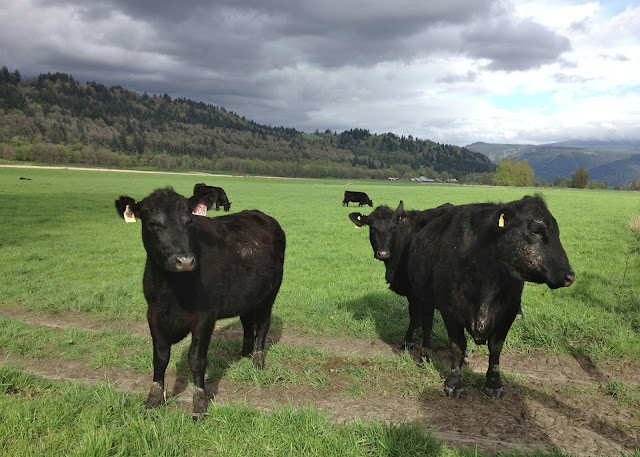 It was a good day for swallows- first of year Barn, Cliff, and Northern Rough-winged Swallows were all over.  Missed Purple Martins, but next time I'm sure.  A couple more birds from the day: 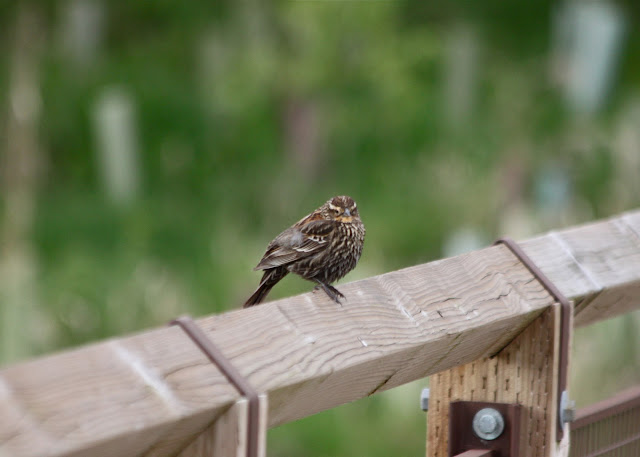 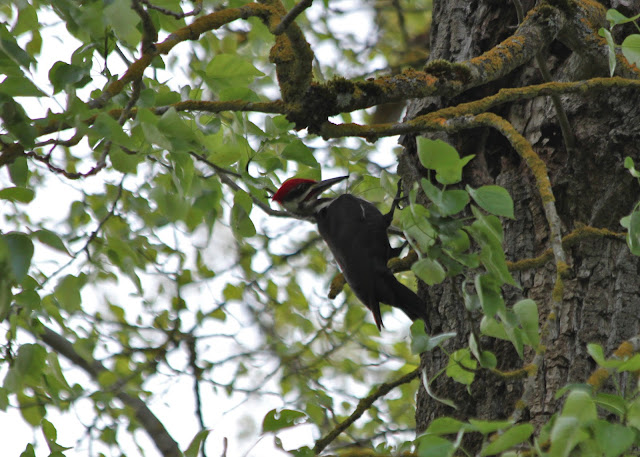 Back at the parking area we looked at the sightings board where someone had written "Red headed Woodpecker."  I told my friend it was not true and he quickly fixed it to the bird he had only just learned.  And added some other sightings as well. 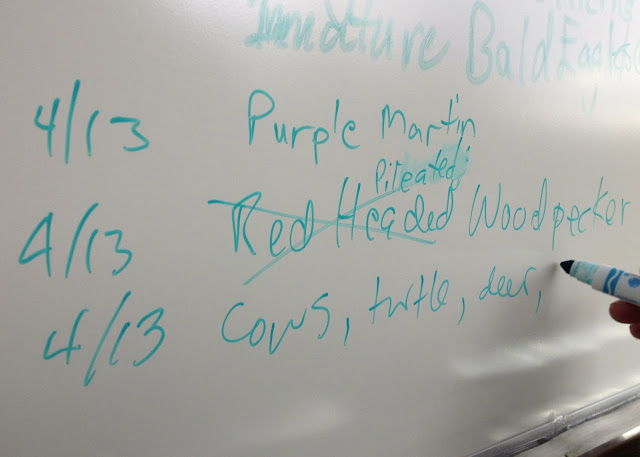 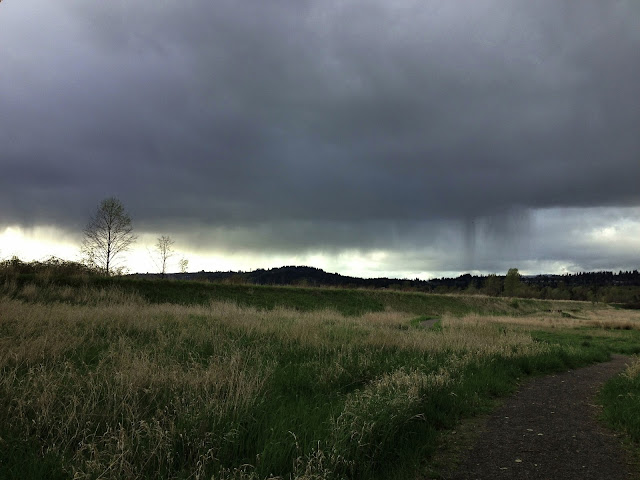