I acquired three new motorless birds today, two without leaving home!  This morning while weeding I noticed some strong winds and hoped something cool might blow in.  It began raining so I was putting some stuff away when I heard a raven calling.  I ran across the yard to watch it call again, with several crows in pursuit.  Rad!  Then about an hour later I returned from running errands and found a couple of bright male American Goldfinches on the feeders: 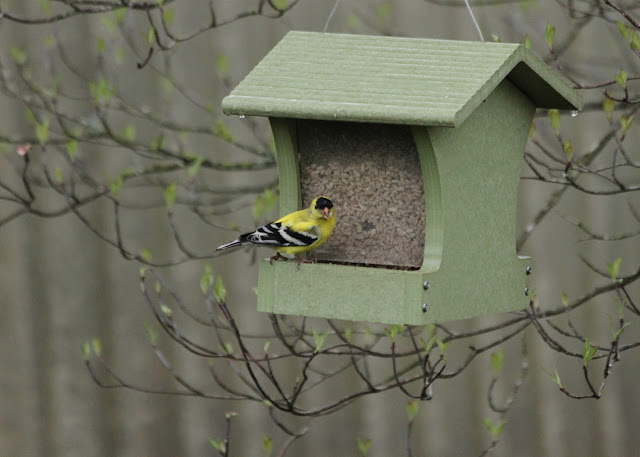 Hadn't seen these guys in the yard since I first moved in, so that was cool.  It's been quite a finch fest the last few days with Pine Siskins returning on Friday, House Finch numbers have increased, and Lesser Goldfinches are still making a strong showing.  Come on crossbills, you know you want to come over! 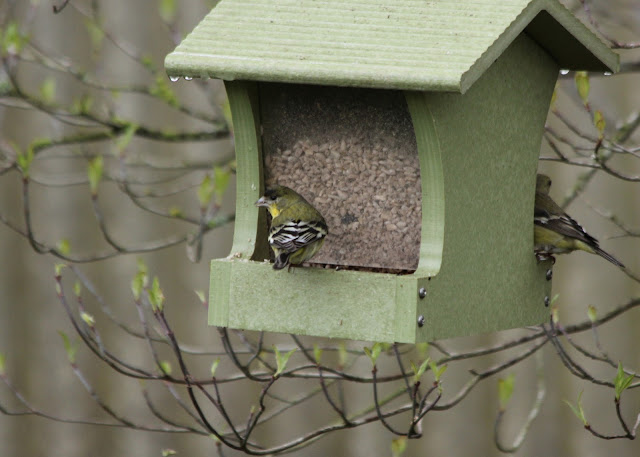 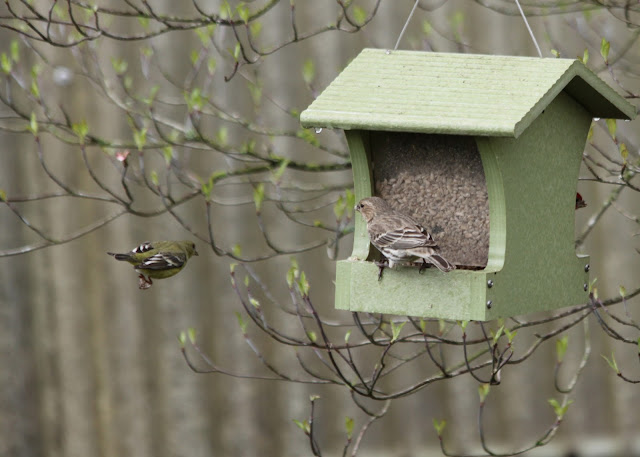 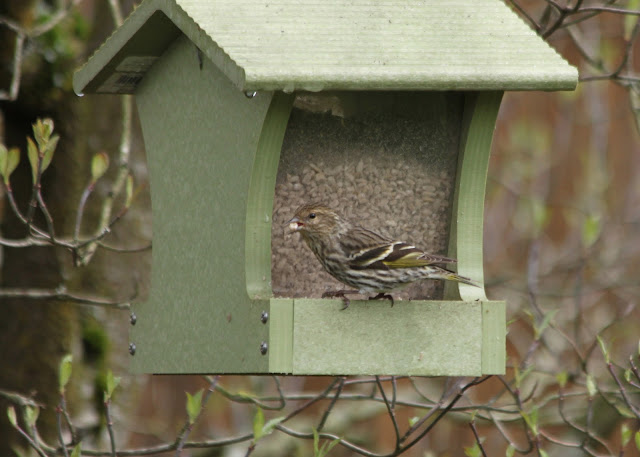 I took the dogs for a walk this afternoon up to the river so look for a couple recently reported birds, including an Eared Grebe.  Never saw one, only a Horned Grebe almost completely changed into breeding colors. 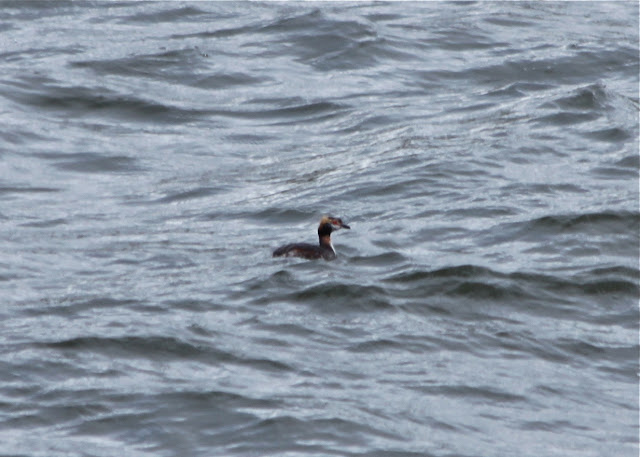 The real target bird was an old nemesis of mine, the Tufted Duck.  Not so much a nemesis anymore, but still always a challenge.  I walked along the river checking all the mini scaup flocks I found.  Eventually I saw a bird from behind that seemed to be having a bad hair day.  Hell yeah... 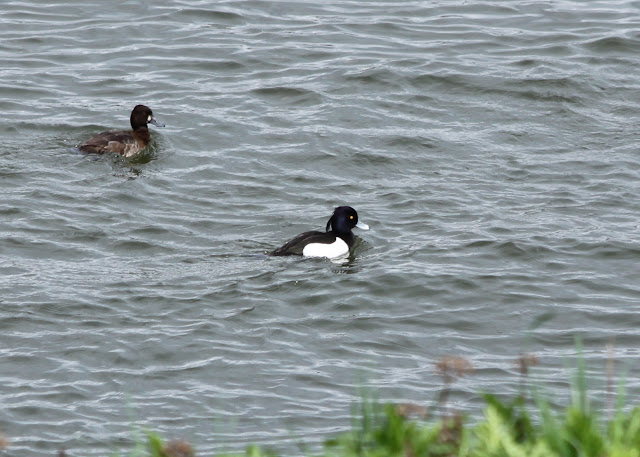 Felt pretty good to add this bird to my motorless list!  Even the walk home in the rain and hail storm didn't dampen my spirits.  Yeah, I said it.