on April 02, 2013
After almost a year of letting my bike collect dust I finally brought it over to my friend's place to get fixed up.  He did an awesome job! 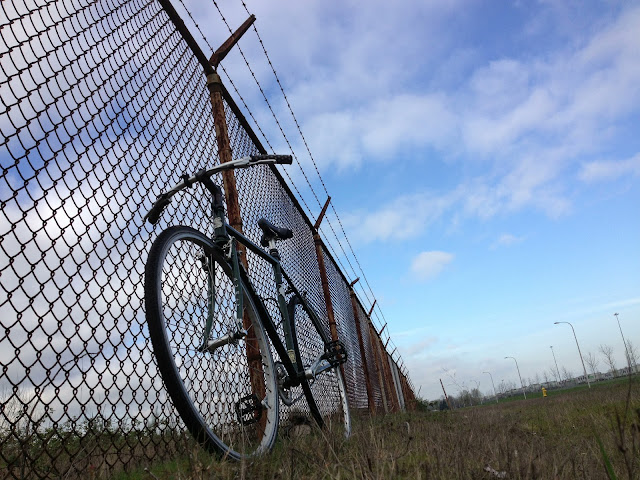 I set out yesterday morning on a nice big motorless adventure to Gresham and Troutdale to find some new birds for my motorless list.  I picked up Savannah Sparrows along the Marine Drive bike path (not literally) and watched a sea lion roll around in the river.  In Blue Lake Park in Gresham I could see a bunch of geese grazing so I rode on in to check it out.  Finally, my first Greater White-fronted Goose of the year! 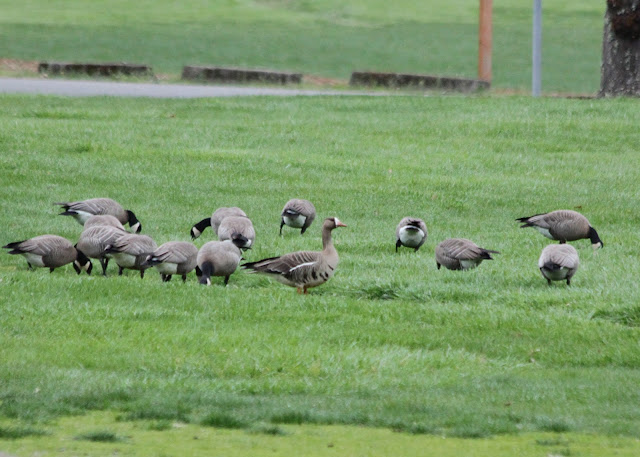 At Chinook Landing Marine Park there was quite a bit of action on the river- lots of loud Osprey, gulls, and kingfishers.  Not so loud grebes swam amid the chaos, including a nice new motorless Western Grebe. 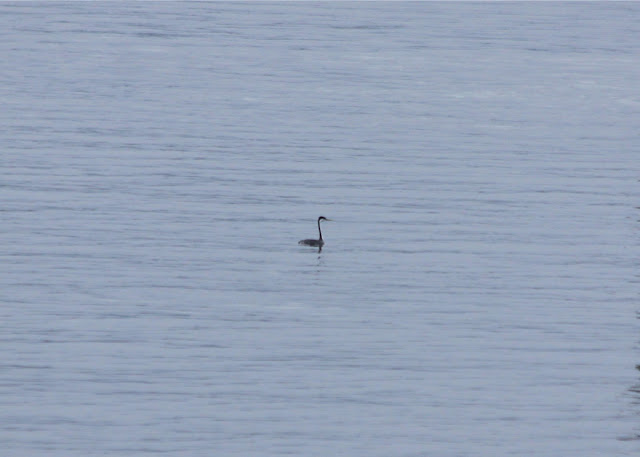 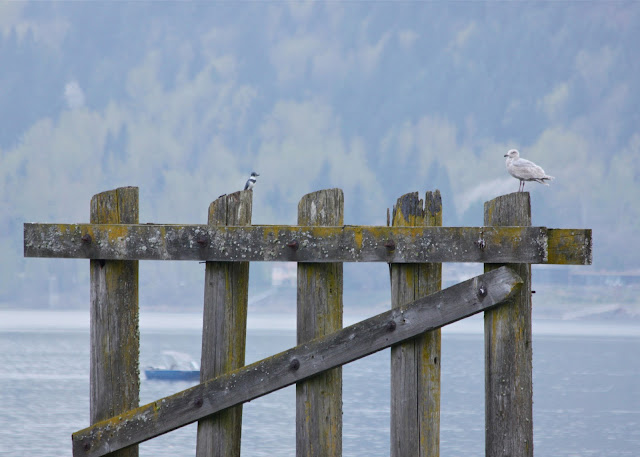 Next I rode east to Sundial Road by the Troutdale Airport.  Here I heard my first Common Yellowthroats for the year but those buggers were way too camera shy.  I rode down Swigert Road and found zero rarities, then kept going up to the dike trail that leads back to Graham Road.  There was some serious hummingbird action going on along this trail- both Anna's and my first Rufous of the year... 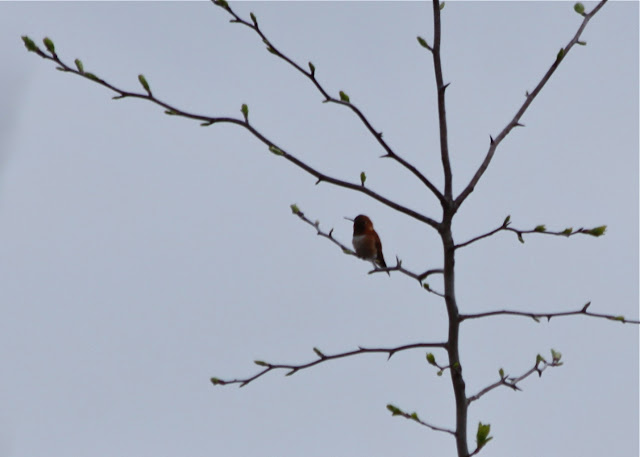 I walked along the Sandy River trying to find the famous Wrentit spot, but never did.  Anyone want to share?  I came out from the dirt path onto Harlow Road and was pretty surprised to watch a pair of California Quail cross the road. 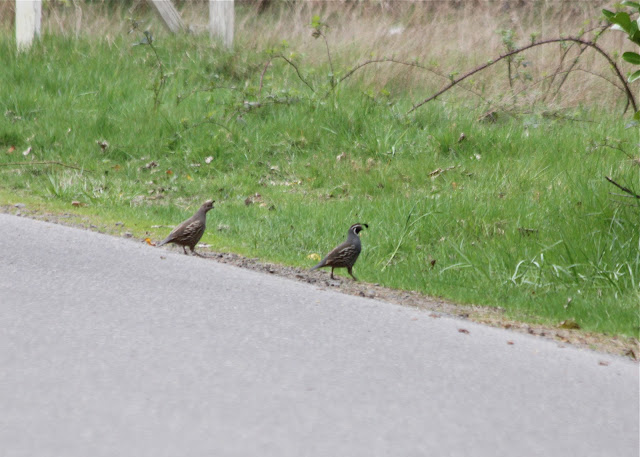 A pretty sweet bird for my motorless list considering the only other place in the county I've seen them is on Sauvie Island.  I started riding home after this, quickly distracted by a field with wetlands just east of Chinook Landing.  I finally found some motorless Northern Shovelers, and a motorless coyote! 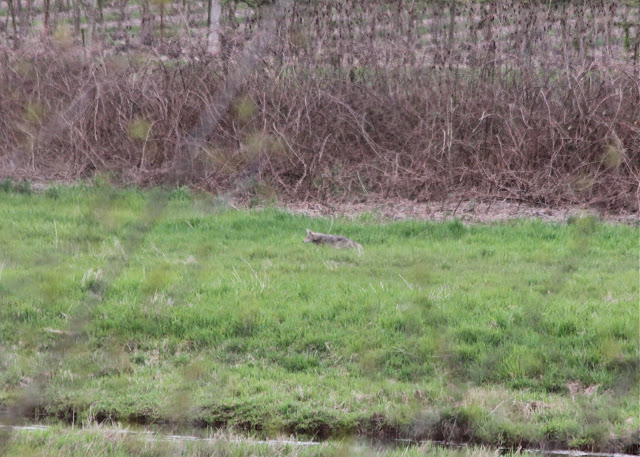 I stopped one more time along the river to stare down an Osprey. 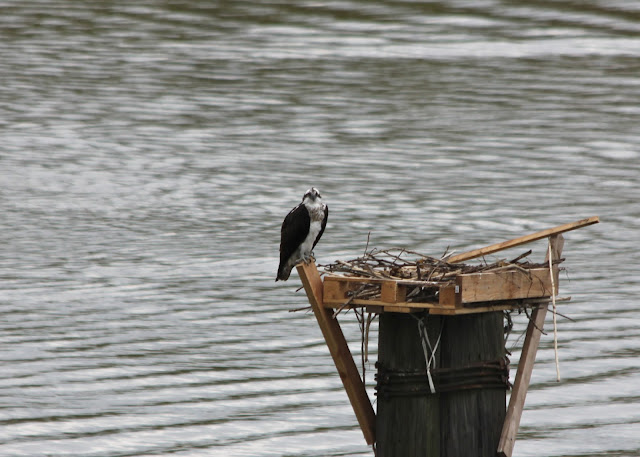 Pretty sweet bike ride with seven new motorless birds!  Only slightly sore today, and I think that has more to do with ripping out arum and agepodium the last few days.  One last thing- my mom sent me this hilarious cartoon yesterday that hopefully y'all will also appreciate.