on July 29, 2013
This morning I headed down to Ankeny National Wildlife Refuge with the mutts.  It was cool and cloudy but I still didn't want to leave them in the car for too long, so I just stationed myself at a couple of the overlooks to check things out. 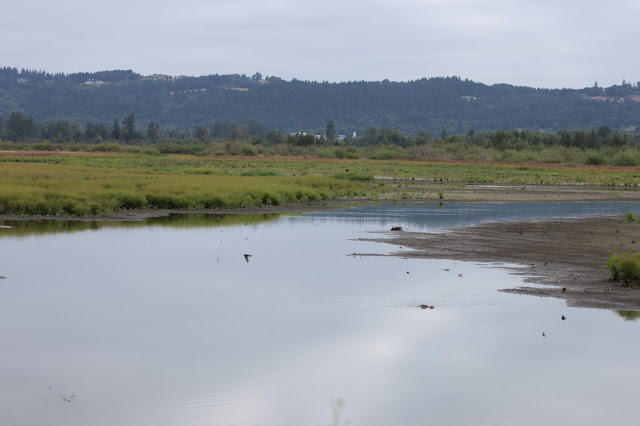 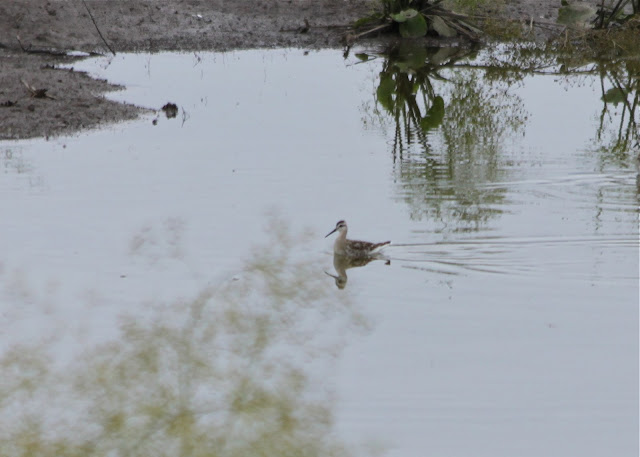 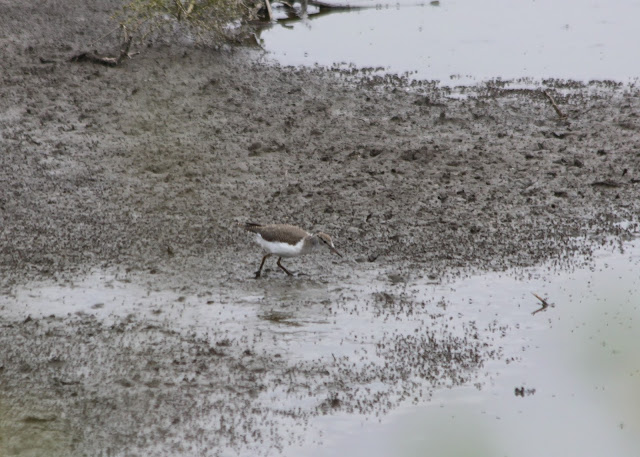 At Eagle Marsh I didn't see any shorebirds but the Cliff Swallows nesting in the gazebo were entertaining.  I watched this one deliver food to the youngins and do some housecleaning... 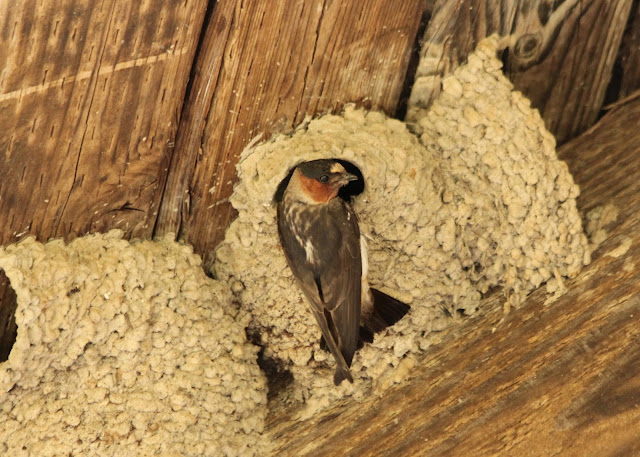 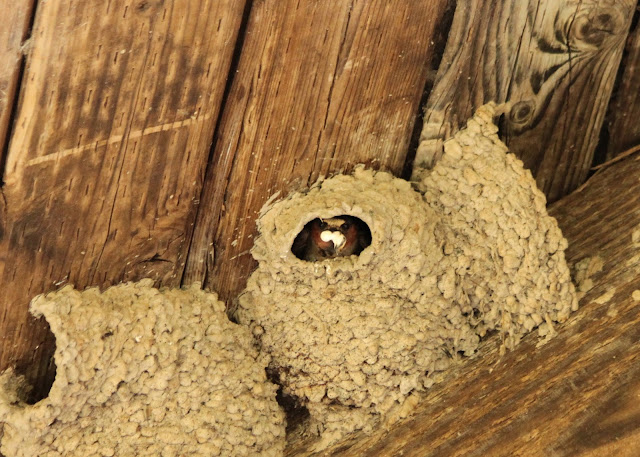 Right along the border of the refuge is the intersection of Buena Vista Rd and Ankeny Hill Rd.  I read awhile back that there's an Acorn Woodpecker granary near here so I decided to look for it.  I found the granary and one lone woodpecker. 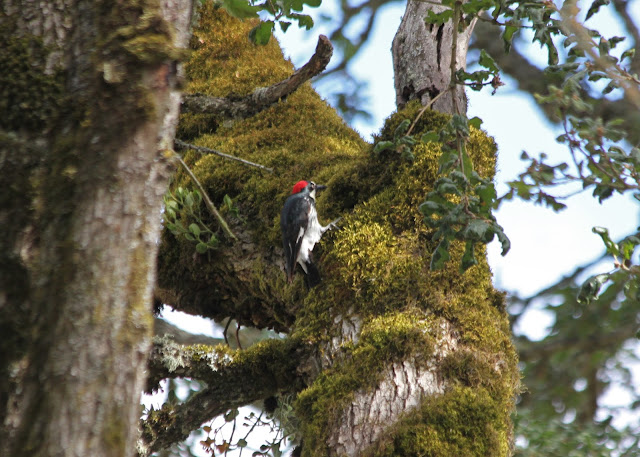 The view through the trees was kind of lovely... 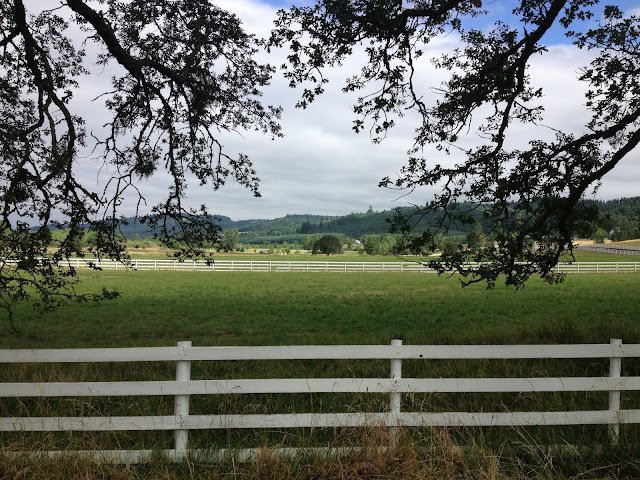 The dogs were super bored by this point so I used eBird to look for some kind of park in the same county where we could go for a walk.  I saw a report from Shellburg Falls and without doing any kind of research I drove out there.  I missed the turn off Highway 22 and while slowing down to make a U-turn I caught sight of some feathers.  After pulling over I realized I had found a dead Great Horned Owl! 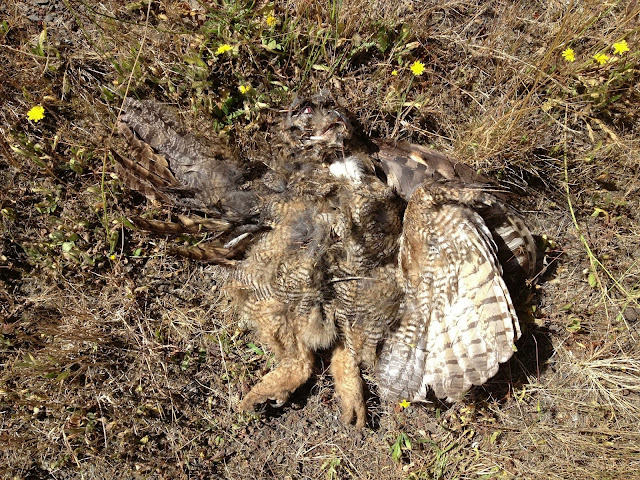 So sad but so cool to see up close... Those fuzzy feet just slay me.

I made it back onto the correct road and parked at the trailhead.  A couple of Steller's Jays were hopping around and one actually sang a little song, unlike anything I would have expected from a jay.  Not sure if it was imitating something or if it's actually part of their natural repertoire. 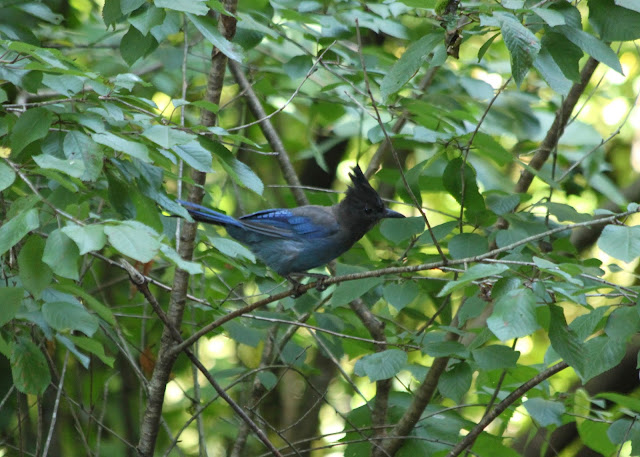 Most of the trail was a gravel road barricaded on both ends to keep cars out.  About half a dozen cattle guards are along the road which are always fun with the dogs.  Ralph will walk across them but Jake has to be carried.  The scenery was gorgeous along the way... 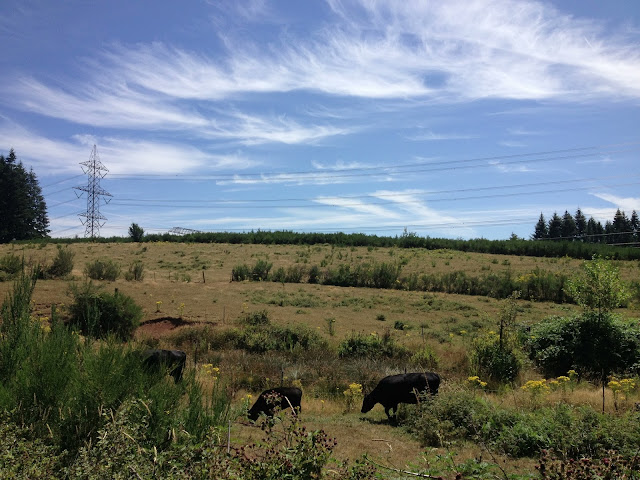 Also along this road I saw many White-crowned Sparrows, juncos, a California Quail, scads of Violet-green Swallows, and one Red-tailed Hawk.  After about a mile the road heads into the Santiam Forest, and not much farther it crosses Shellburg Creek.  Some stairs lead up to a trail along the creek and on to the beautiful falls... 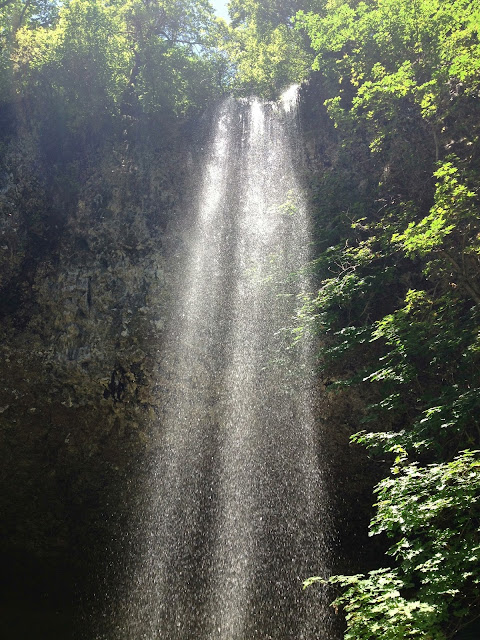 There's stairs down to the pool where the falls land and the dogs and I walked down there to cool off. 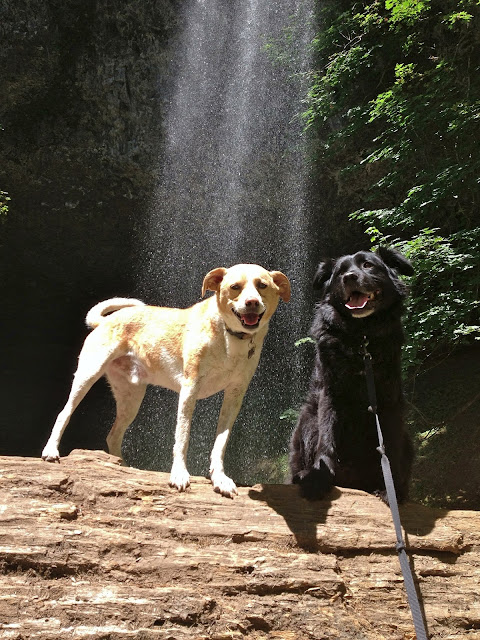 The trail headed behind the falls which was awesome... 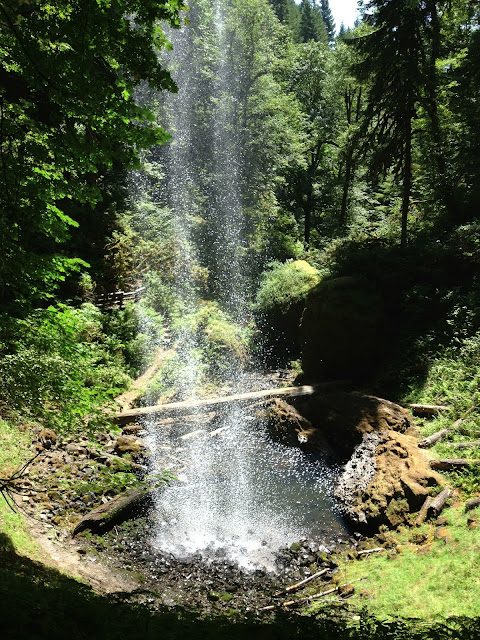 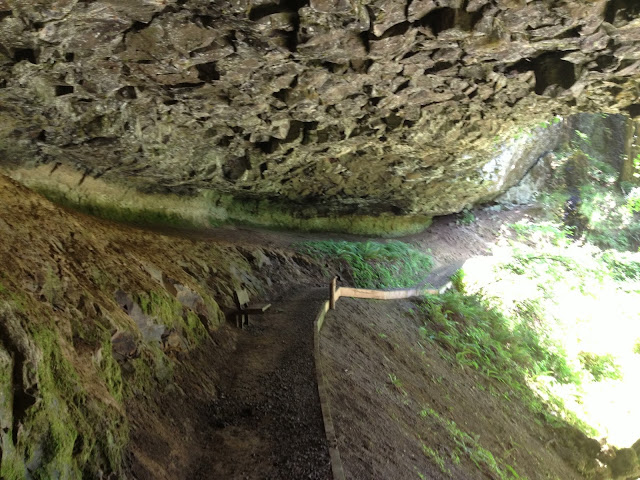 We turned around after walking through this cave-like area, but the trail kept going.  Maybe it goes to the top?  This forested part of the trail was good for birds also with lots of Chestnut-backed Chickadees, more juncos, and even a single Hermit Warbler.  My camera battery had died by this point, and my spare was playing dead also.  So no warbler photos.

Anyway, it was a great little hike and trip to Marion County!  I added about 13 birds to that county list and tired the dogs out.  Good times!! 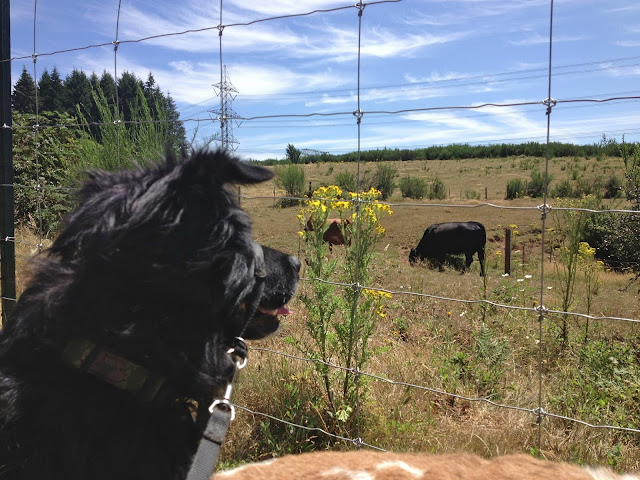