on July 21, 2013
Friday afternoon my friend and I headed to the coast for a one-night camping trip that felt more like a week long vacation.  We crammed a ton of little adventures into our trip and had a blast.  It began with the hunt for the perfect campsite in the Suislaw National Forest.  After driving around random forest roads and checking out spots we found what we were looking for... 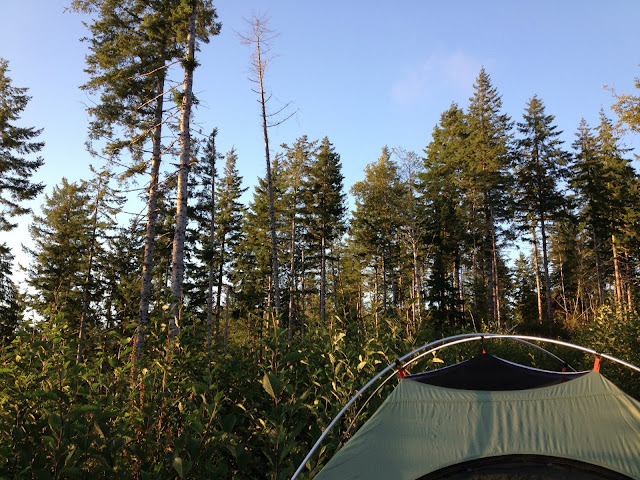 A quarter mile hike into the woods led to this small clearing near a cliff, offering a lovely view of the forest.  Swainson's Thrushes and Steller's Jays discussed our plans while Cedar Waxwings snatched up berries nearby.   We cooked some dinner and drank some beers and heard no owls. 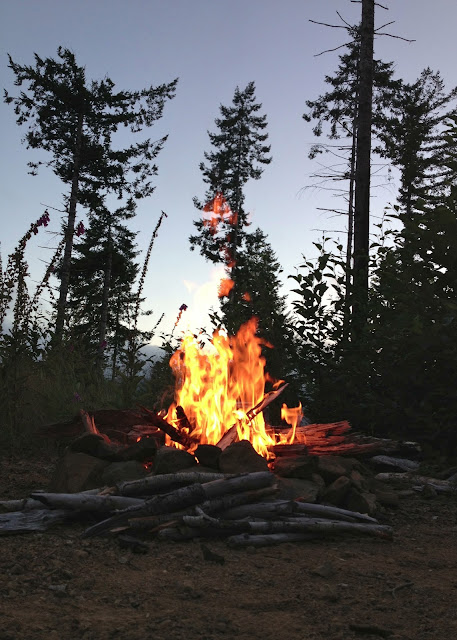 In the morning we took our time, cooking some breakfast and drinking coffee.  I chased around some birds and hoped I would not get distracted and fall off the cliff. 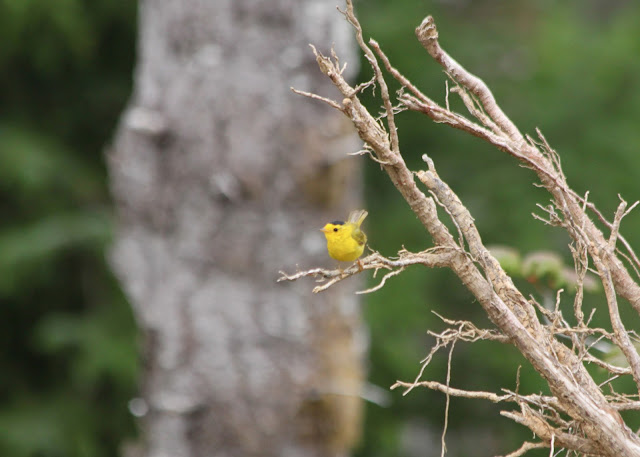 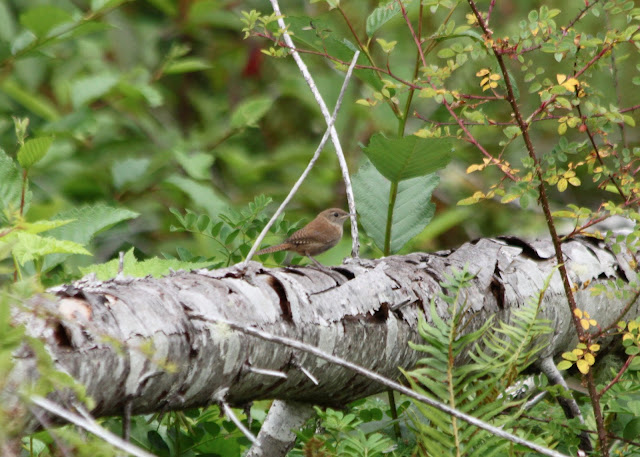 Eventually we packed up and said goodbye to this awesome little spot and began the drive down towards Lincoln City.  My friend pointed out a cool old barn along the highway so we stopped to check it out. 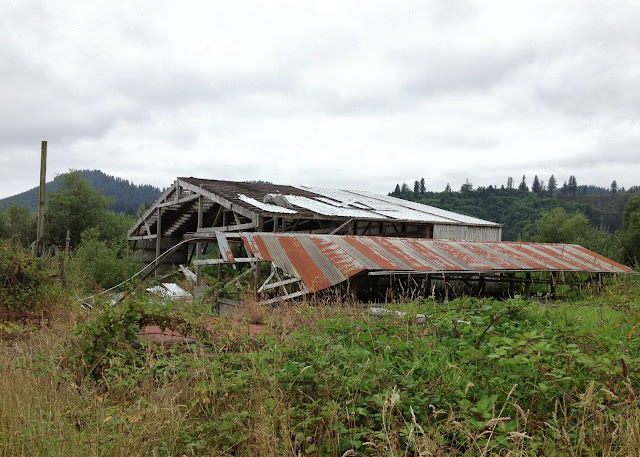 My brother happened to call right then so my friend went out on his own, but returned in a few minutes excitedly declaring the barn was full of owls!  I got off the phone and trailed after him just in time to see a Barn Owl fly out.  But there was still one left... 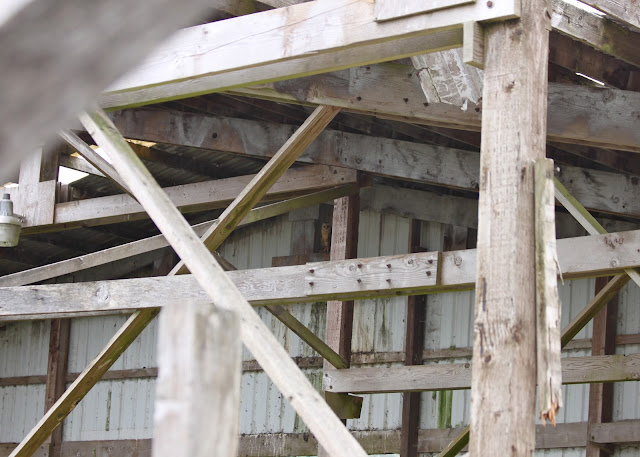 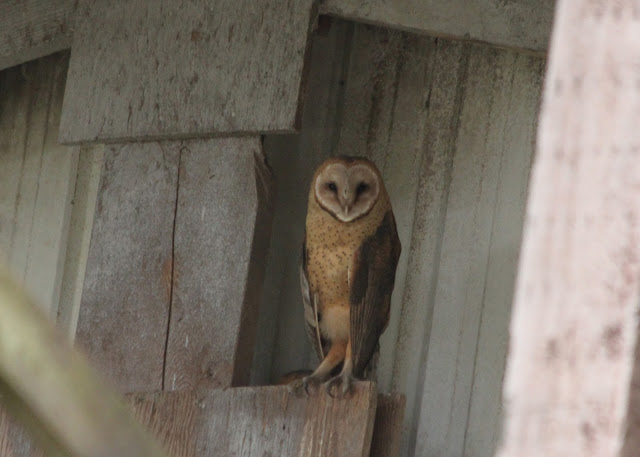 So awesome!  My friend said he hadn't noticed the owls and was just taking pictures of the barn when a cat jumped out and scared him, which spooked an owl.   So there had actually been three to begin with.  While we looked at the last remaining owl a bold Swainson's Thrush was hopping around the beams nearby. 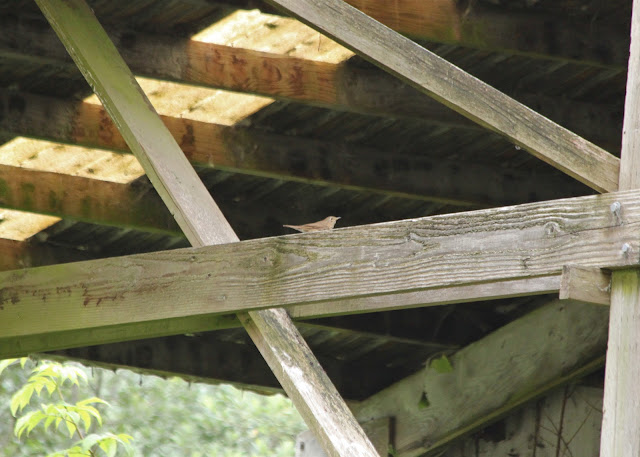 We got back in the car to continue on to our destination, the Drift Creek Falls trail.  I had been excited to walk along the 100 foot high suspension bridge overlooking the falls. 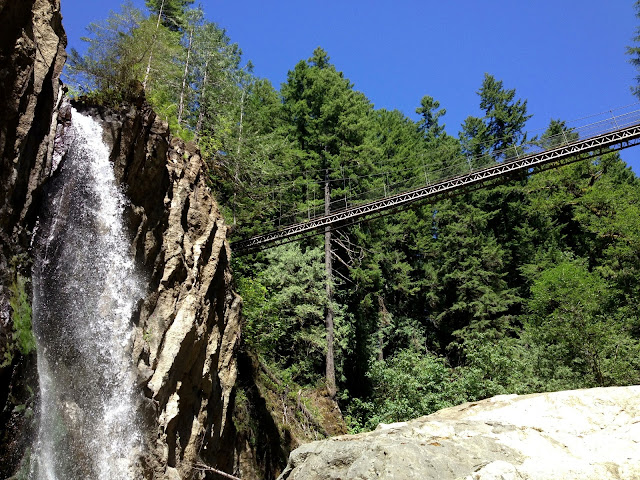 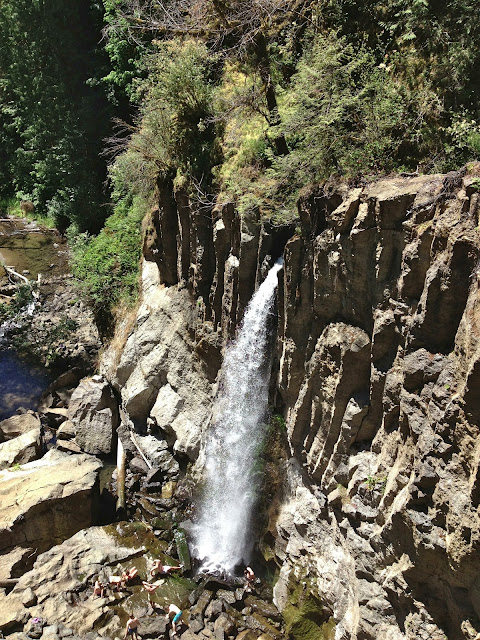 We sat by the falls for a bit and found this cool spider... 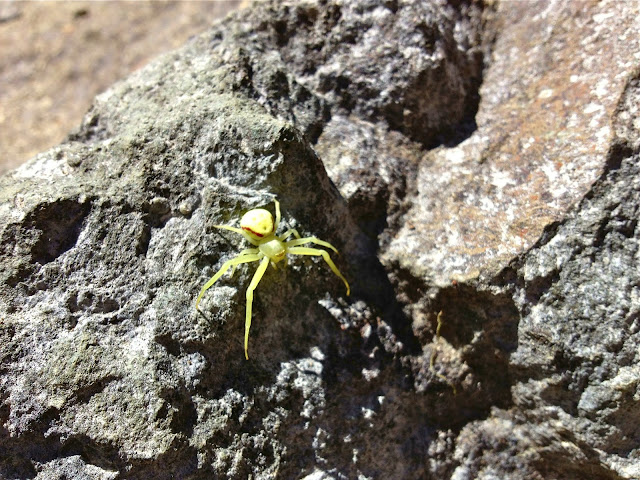 I believe it's a Goldenrod Crab Spider though it may also be an evil cartoon character.  On the hike back we opted to check out the North Loop which was beautiful but longer than anticipated.  We found this Hairy lady though: 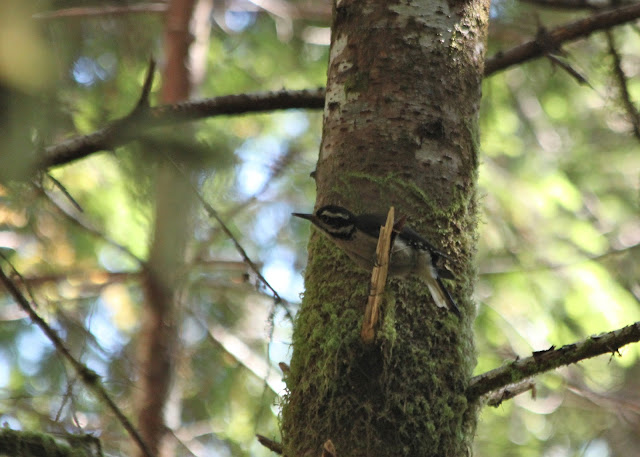 I would definitely recommend this hike despite the crowds- get there early!  And not a Saturday afternoon!  Also, I had hoped the suspension bridge would feel sketchier than it did- it seemed pretty dang safe.  The birds were nice along the trail with Swainson's and Varied Thrushes, juncos, Pacific-slope Flycatchers, Pacific Wrens, creepers, and others I'm sure I'm forgetting.


On the drive back down to the highway a couple of birds crossed in front of us.  Some kind of peafowl I assume... 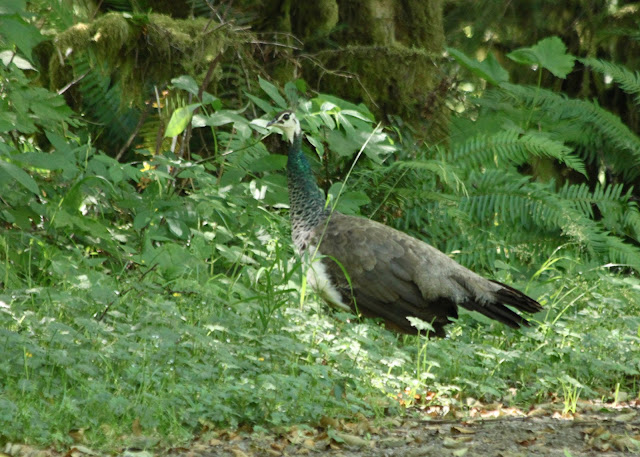 After stopping for some cold drinks we mapped out our next stop: Out to Pasture Animal Sanctuary in Estacada.  My friend had to deliver some shirts to them and I was excited to visit the resident rescues. 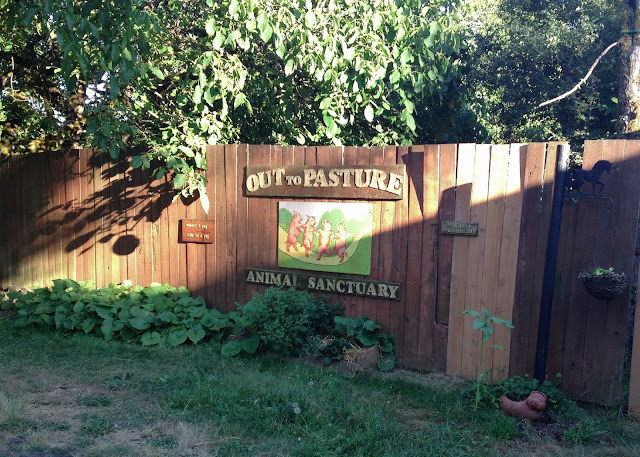 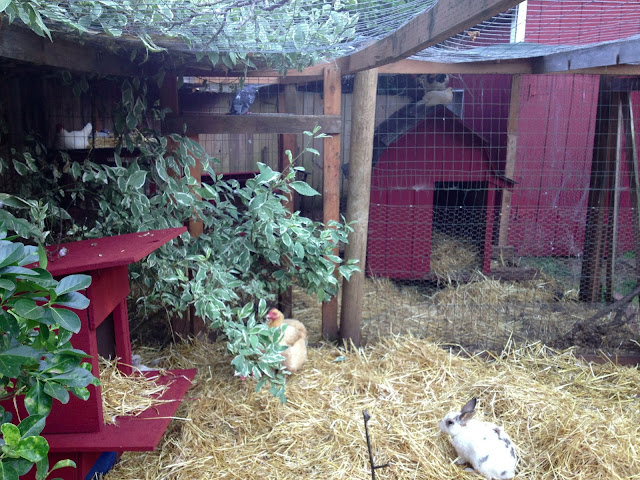 The owner kindly gave us a tour of the sanctuary and it was awesome.  In the above pen you can see a pigeon up in the rafter.  She told us that the pigeons in here were rescued from hunters that were using them to train their hunting dogs- by throwing them and having the dogs retrieve them.  Ugh.

Also around were tons of pigs, goats, a lamb, cats, a racing horse, llamas, bunnies, roosters, turkeys, ducks... So many animals. 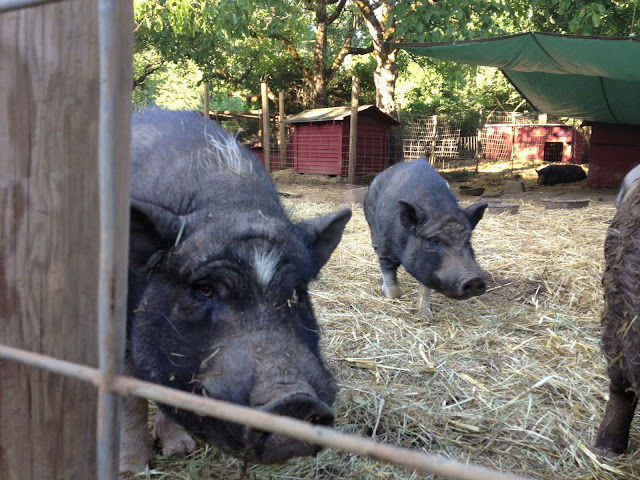 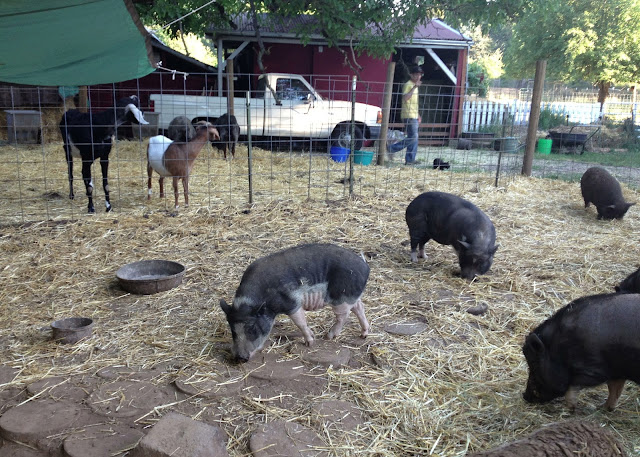 This next pig was supposed to be an 80 pound pot bellied, but turned out to be a farm pig.  She's now 700 pounds. 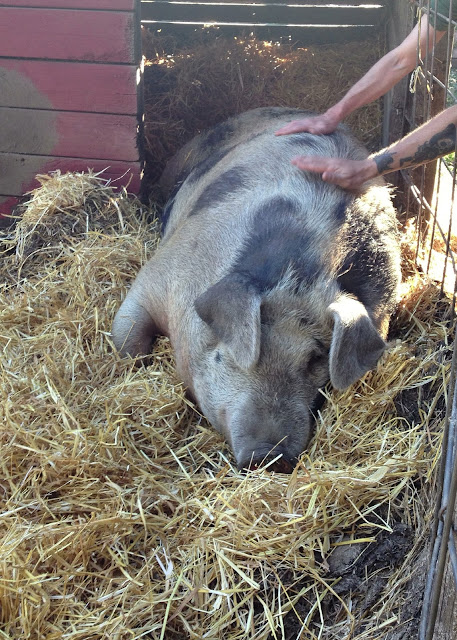 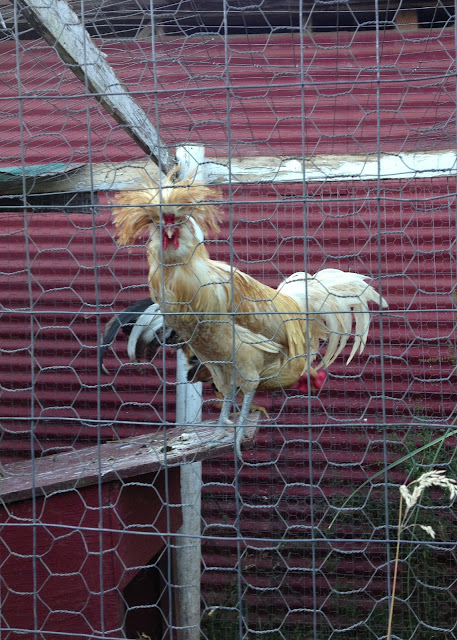 It was so much fun to hang out with all those pigs and meet all the other residents.  Good people too!