on July 12, 2013
Yesterday morning I walked the dogs along the Frenchman's Bar Trail and around the park. 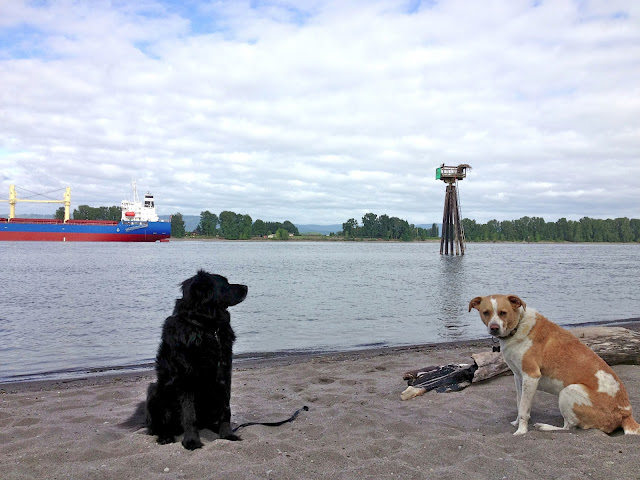 Shorebirds were abundant, but unfortunately they were not the regular kind. 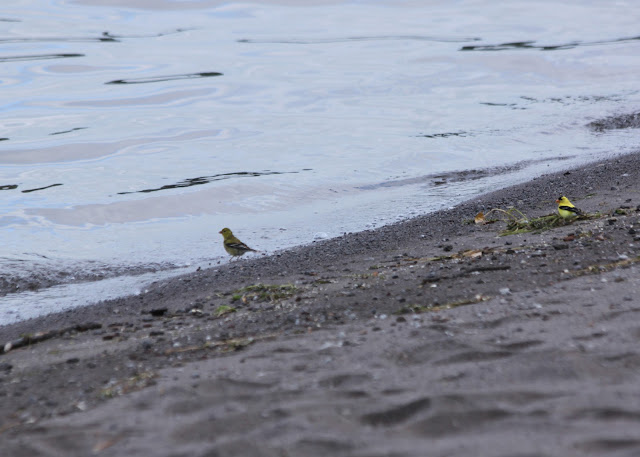 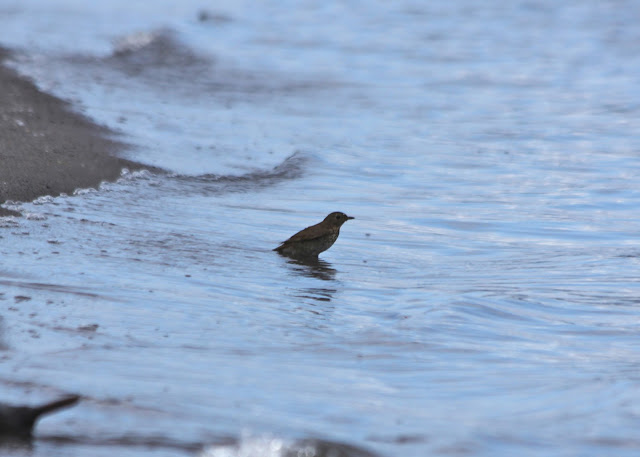 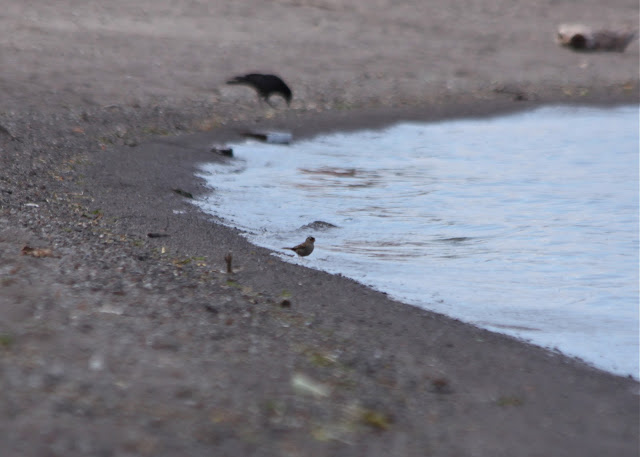 Also along the river, this Osprey nest was looking full... 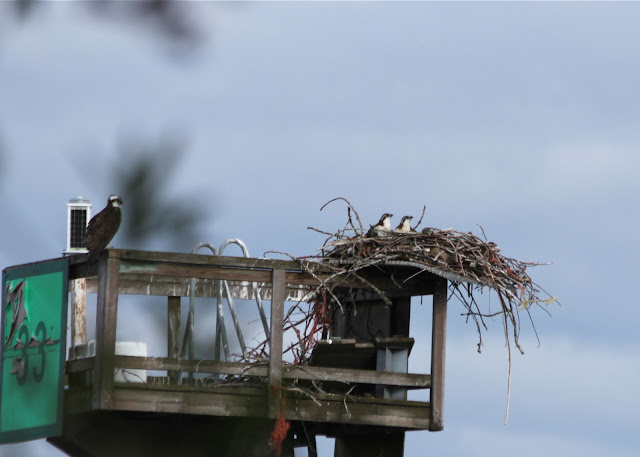 It wasn't just full of Osprey either- some other birds were flying in and out as well: 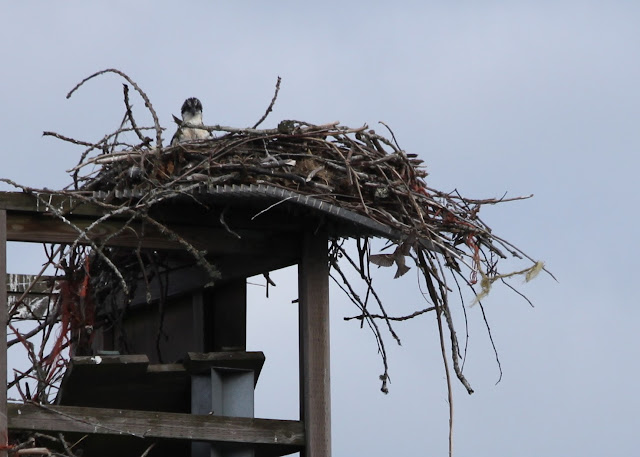 I can't quite tell what kind of bird that is flying in under the nest- House Sparrow maybe?  We walked along the trail through the woods and found a couple Bullock's Oriole families.  This young one was chasing its pop around and occasionally trying to find its own food. 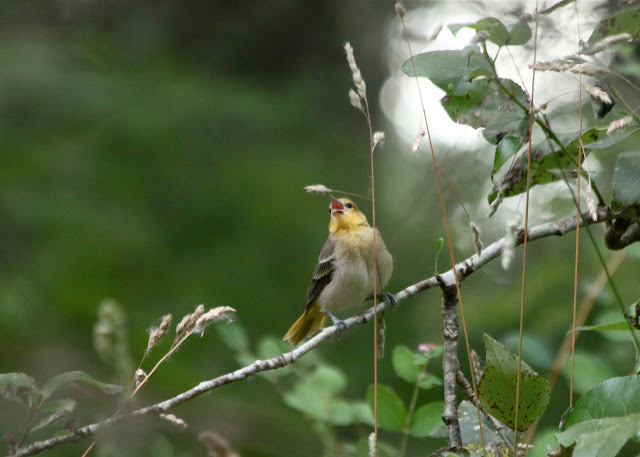 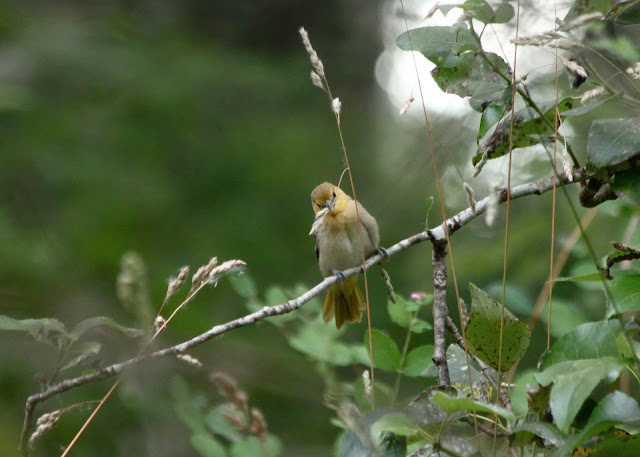 Also getting chased around was a chickadee by an obnoxious House Wren... 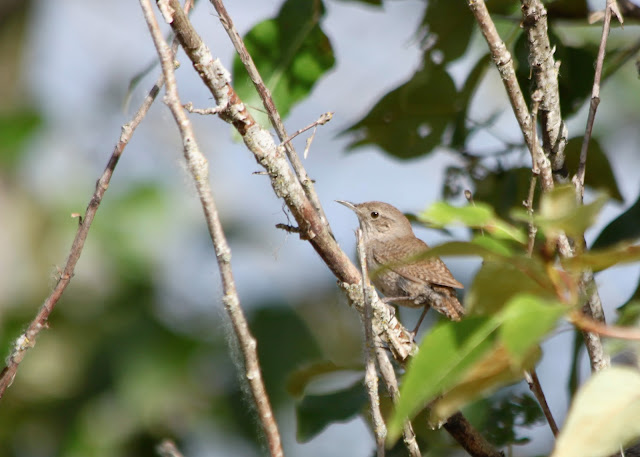 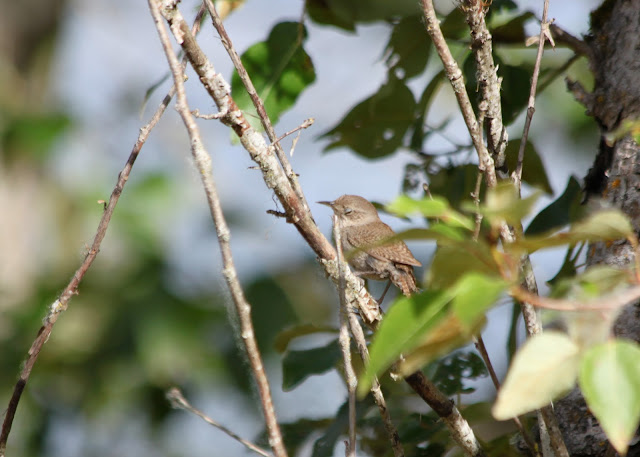 Near the beginning of the trail is a small field and across that field was this guy: 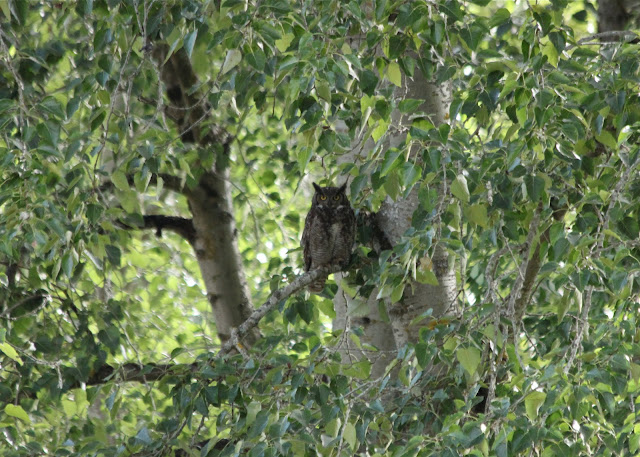 He or she was not pleased to be spotted.  We moved on down the trail to another spot that opened up to the river.  A stream of gulls was flying by... 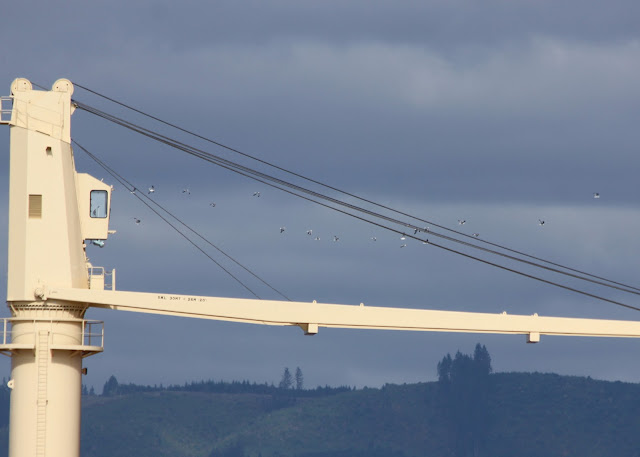 When they reached a certain spot they stopped streaming by and started just soaring instead... It was interesting. 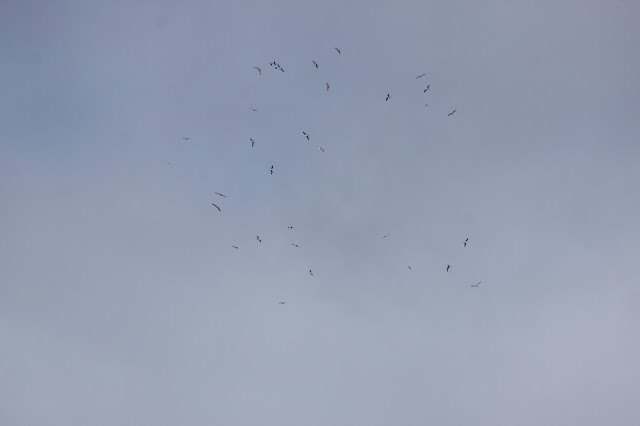 It didn't seem like they were still over water, but I guess that's actually Sauvie Island there, so who knows.