on July 09, 2013
Yesterday morning I woke ridiculously early to head to the coast for an OBA hike up Cape Falcon, just south of Cannon Beach.  I managed to get to the coast an hour before the hike so I could check out Haystack Rock, a major bird-magnet. 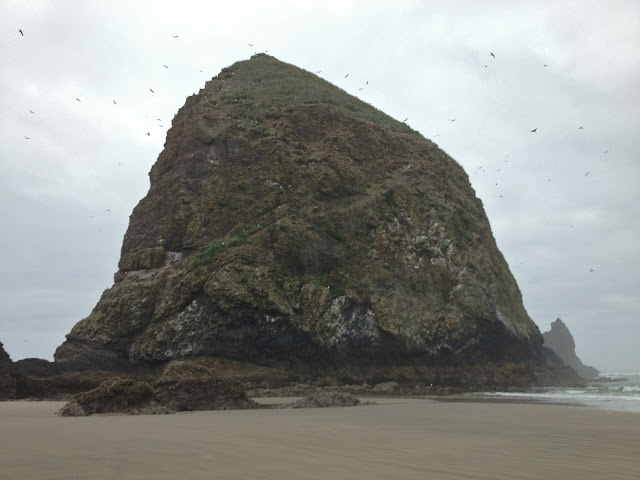 It's a great place for birds but also sea stars and other smooshy things in tidal pools... 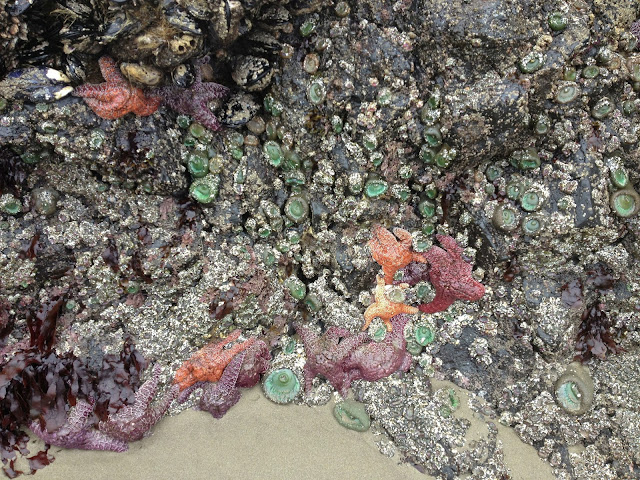 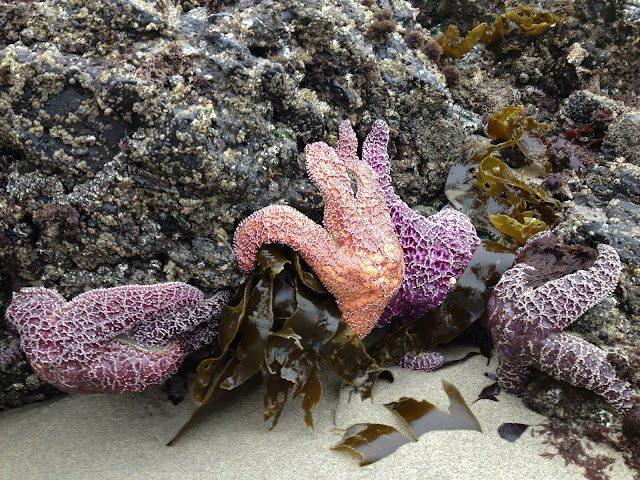 People were seriously lining up (at 7 a.m.) to look at this sunflower sea star: 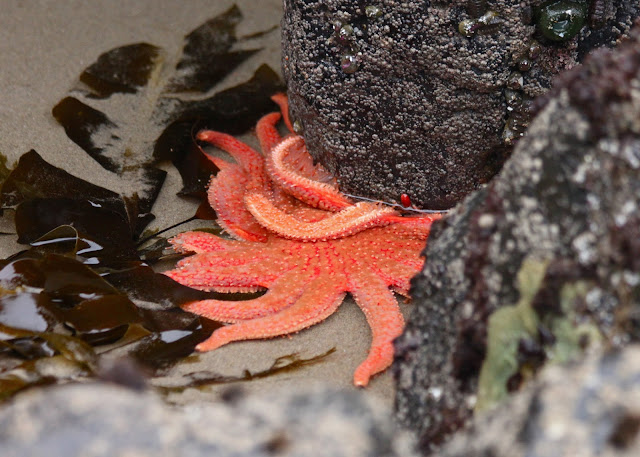 It was definitely cool, glad I went to see what all the fuss was about.  Ok, now for the birds... The rock hosts nesting gulls, puffins, cormorants, guillemots, murres, oystercatchers....pretty much all things awesome. 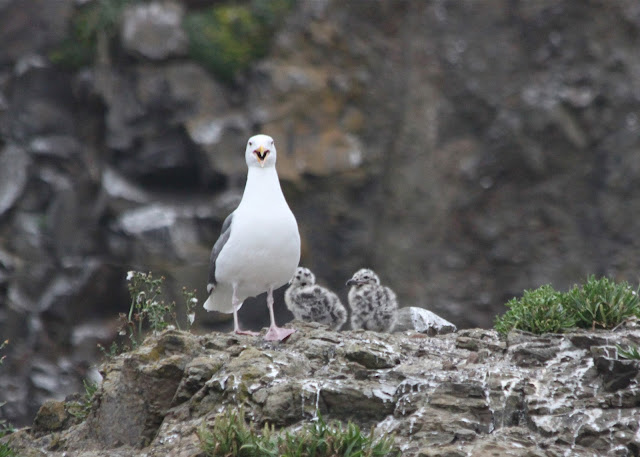 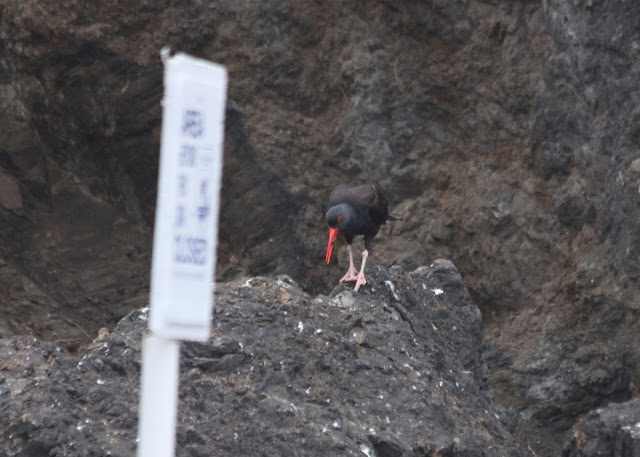 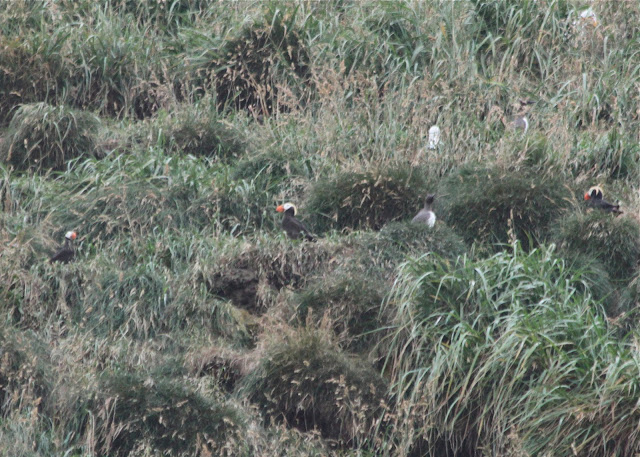 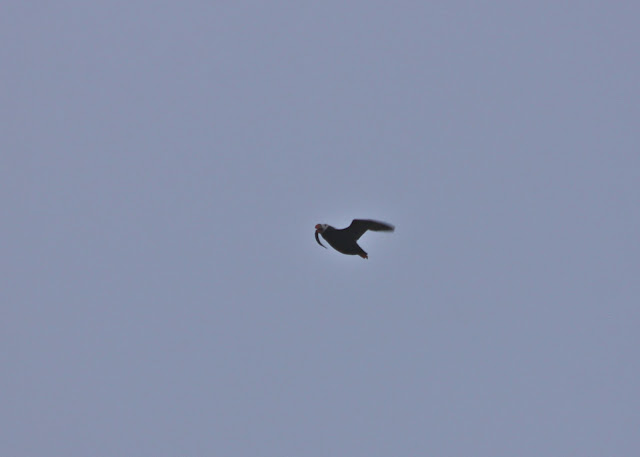 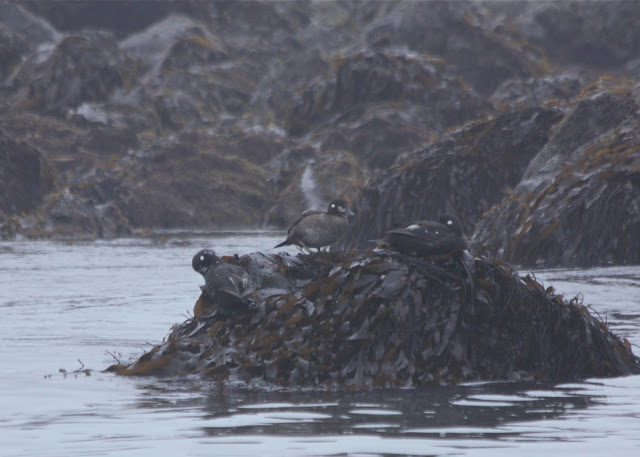 All these birds were quite distracting and I just barely made it to the Cape Falcon trailhead on time.  The hike, led by owl-whisperer-turned-murrelet-whisperer Rhett Wilkins, was fun and not as strenuous as feared.  On the way up we stopped to check out these mushrooms (?) and though one nice lady told me their name like three times, I still forgot... 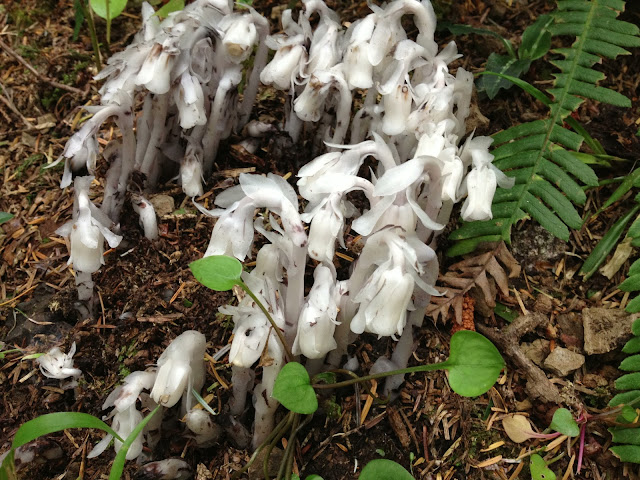 Along the trail where the salal got thick and bountiful we were able to get some brief but close views of Wrentits, including one "growling."  When we reached a sort of pre-viewpoint viewpoint Rhett was able to find a Marbled Murrelet in his scope- a lifer!  Photos were damn near impossible, but here is a bad phone digi-scoped one anyway: 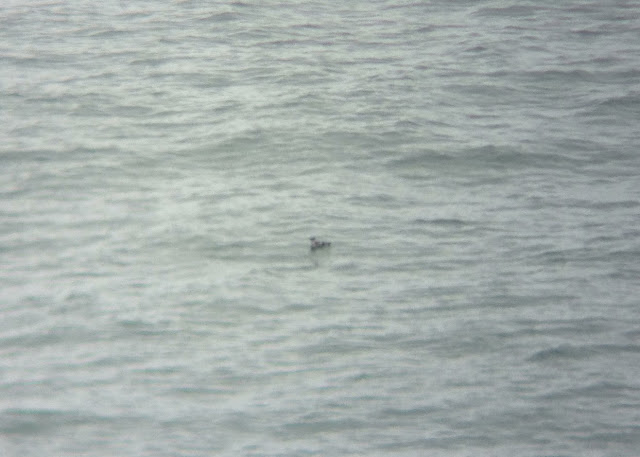 Also from this viewpoint we had a loon a bit closer in that was decided to be a young Pacific Loon.  I believe it would be what Sibley calls a 1st summer? 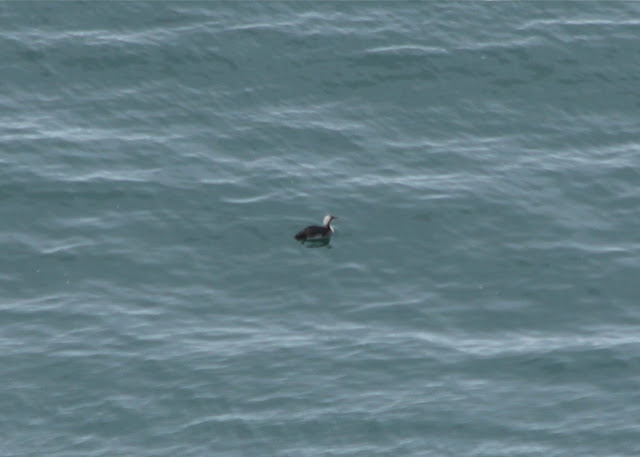 The views from the very top were awesome and we managed to see Rhinoceros Auklets (apparently a state bird for me), cormorants, guillemots, murres, Caspian Terns, Brown Pelicans, Western Grebes, Western Gulls, and a Glaucous-winged Gull.  When my back was turned others saw a Tufted Puffin and a couple of Brant flying by. 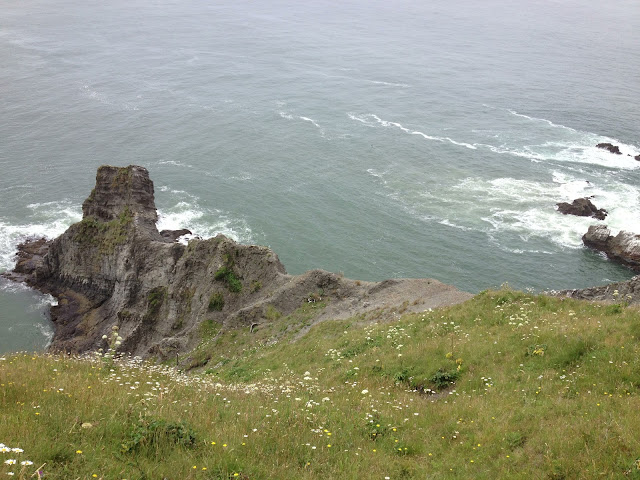 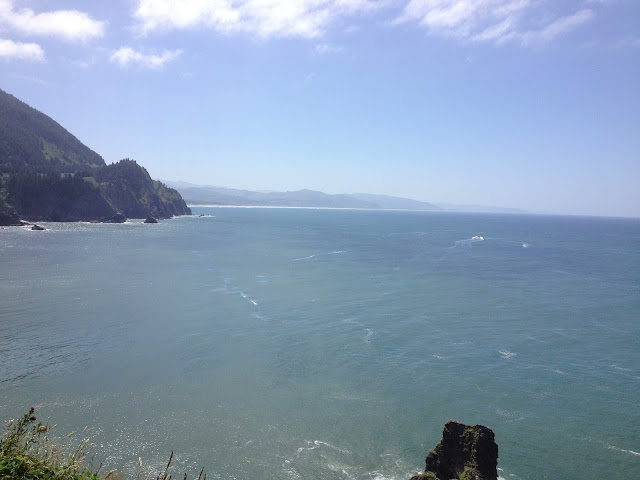 We had two more murrelets on the way back down, making it a three murrelet day.  I tallied 34 species for the hike though I know others saw stuff that I missed.  Not bad for a July hike!  Loads of gratitude for Rhett for finding those murrelets!

Before heading home I stopped by the Seaside Cove to eat a sandwich and see what was out and about.  Nothing too exciting, but some Heermann's Gulls were hanging out, being photogenic. 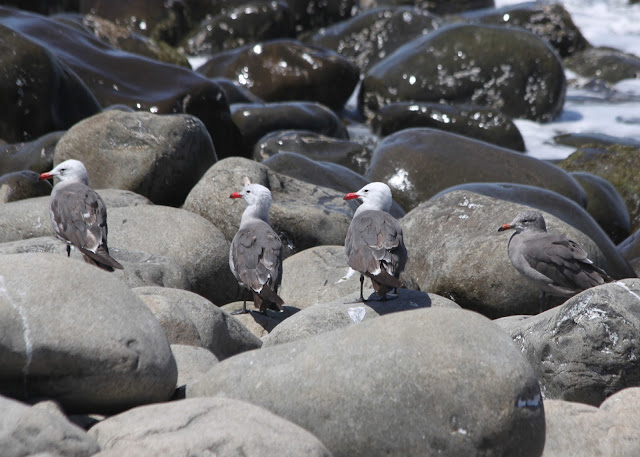