on September 22, 2013
Yesterday morning I took the mutts on a nice long walk along the Columbia Slough.  I went over there with zero expectations bird-wise and was pleasantly surprised. 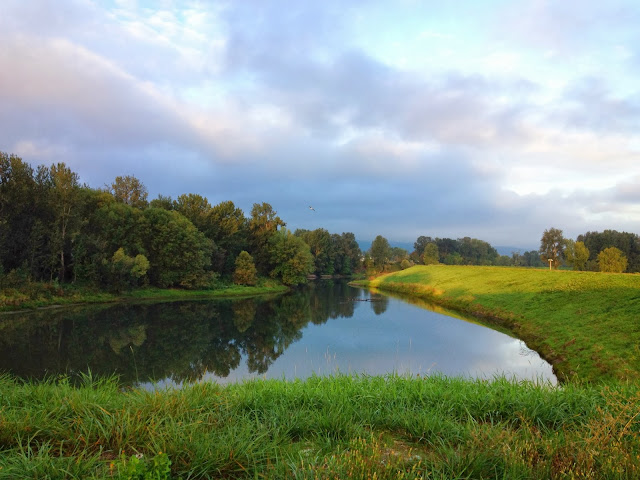 A Great Egret flew in as we began our walk... 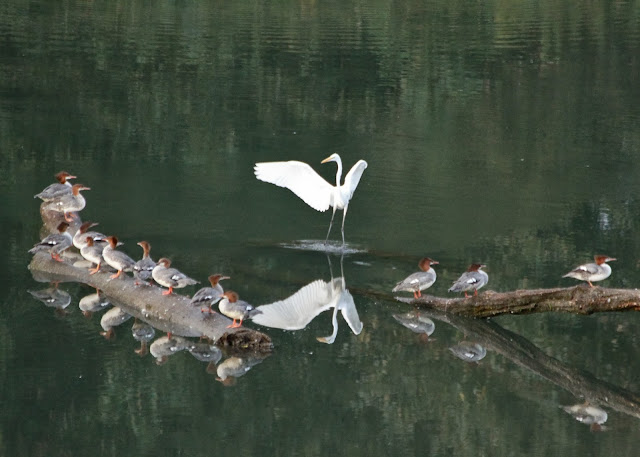 Double-crested Cormorants were fishing up and down the slough. 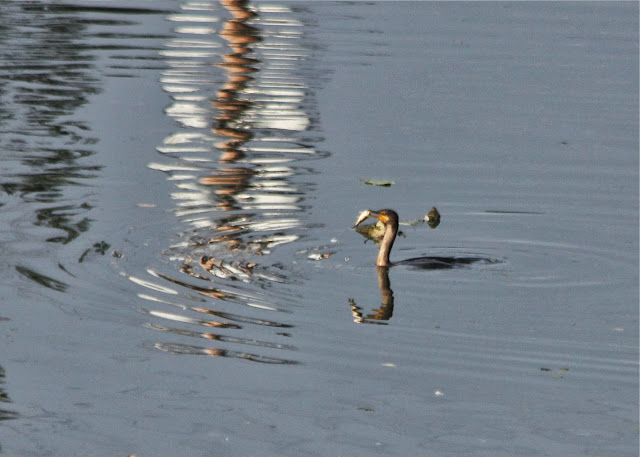 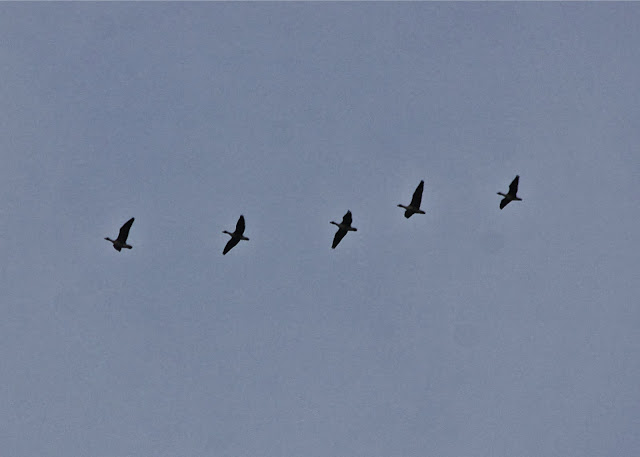 One of the best finds of the day was a flock of sparrows and finches foraging around a pile of brush and wood.  My second Golden-crowned Sparrow of the season was among the sparrows, in addition to a Chipping Sparrow and a Lincoln's Sparrow, neither of which are easy for me to find in the county. 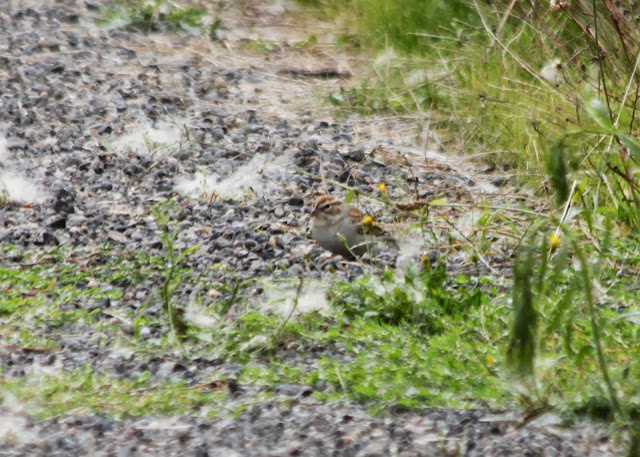 At the pedestrian bridge was another awesome find- a Peregrine Falcon perched on a bare tree that was amazingly unconcerned with me and the dogs. 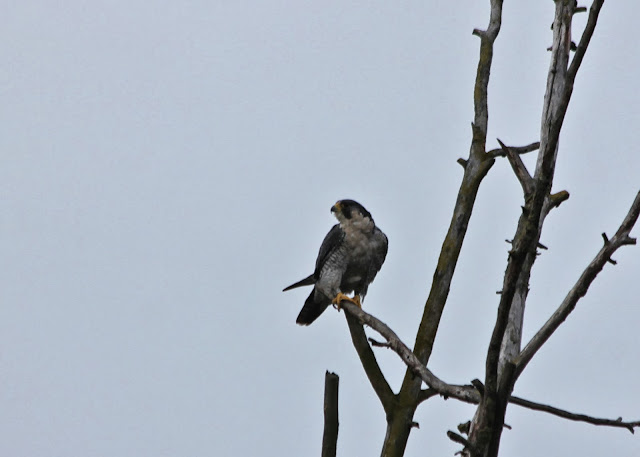 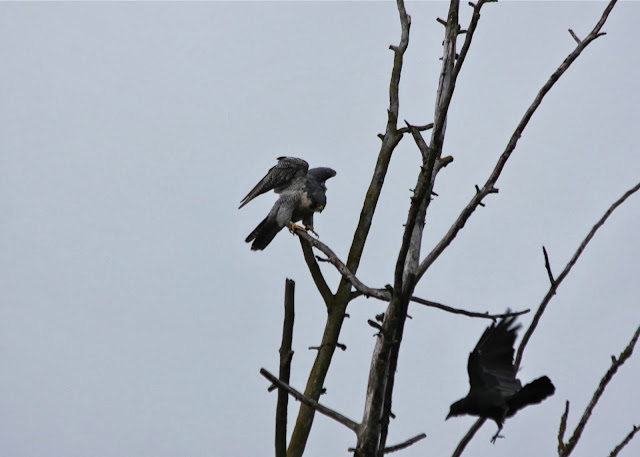 Back at home yesterday afternoon I watched the crazy goldfinch party that has been going on the last week or so.  I noticed there was an American and a Lesser sitting side by side on the feeder and it finally made sense why the Lesser has its name.  It's smaller.  Duh.  Learning. 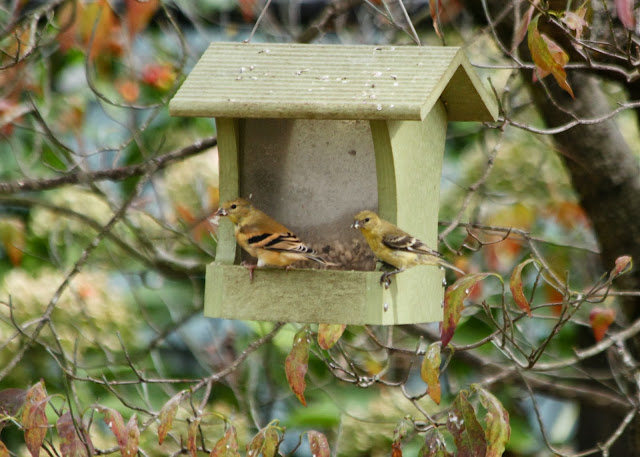 As I shut the window I had opened to take the above shot I knocked my camera about five feet from the windowsill to the floor.  It looked okay and turned on fine so I forgot about it quickly.  Until this morning.

This morning I set out to conquer a nemesis.  I have tried to find the Snowy Egret at Smith & Bybee Lakes maybe five or six times.  Today I rode my bike through light rain and gloom to the lakes hoping my luck would change.  From the Smith Lake blind I was able to locate the American Avocets that appeared last weekend, a damn good motorless bird.  Still no Snowy, though dozens (if not hundreds) of Great Egrets were hard to sort through. 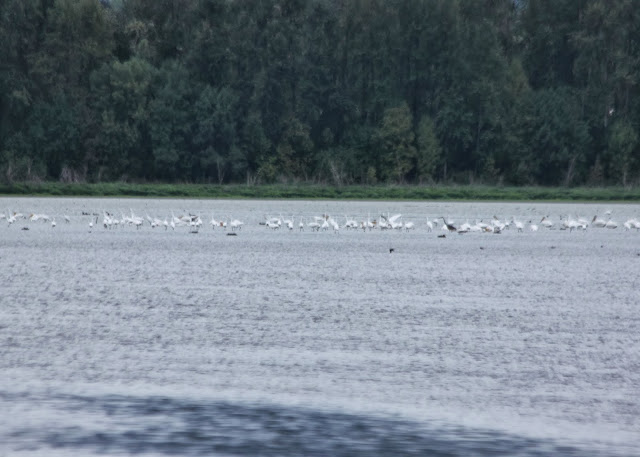 See how blurry that shot is?  Yeah.... about that camera fall.  Turns out the manual focus vs. auto focus switch popped off during that incident.  It's stuck on manual focus now.  Fun fun.  After throwing in the towel at Smith Lake I walked up to the Bybee Lake blind.  And there it was, the freakin closest bird to the blind.  I should have slayed it... 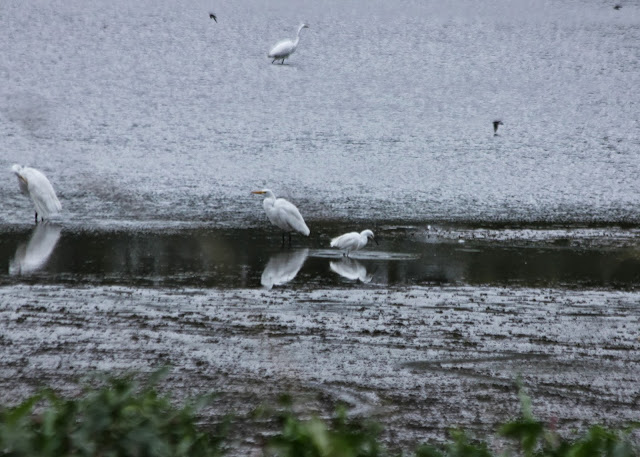 It was soooo close.  And I could not focus if my live depended on it.  ARGH.  It's okay though.  It was another awesome motorless bird.  And a county bird.  And OH RIGHT, a freakin state bird. 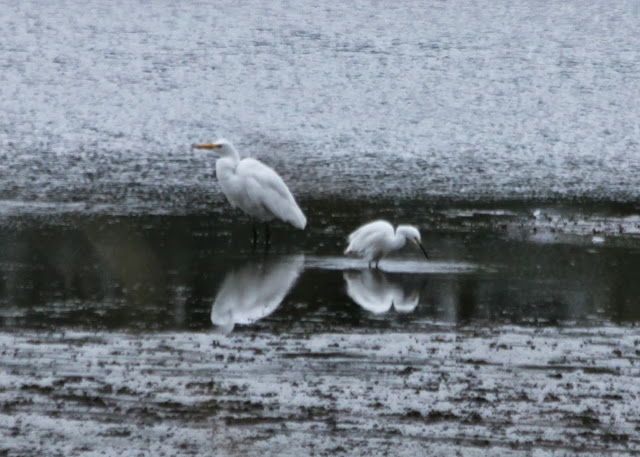