on September 12, 2013
Have I told you yet how opposed I was to the idea of going on a pelagic?  I had a long list of reasons as to why I would never do such a thing.  Lack of an escape route.  Forced socializing with other birders.  PUKING.  So the fact that I ended up on a boat at all is kind of miraculous.  Even more so is the fact that I would do it again.

Here are some more terrible photos of grey birds on grey water with grey skies... 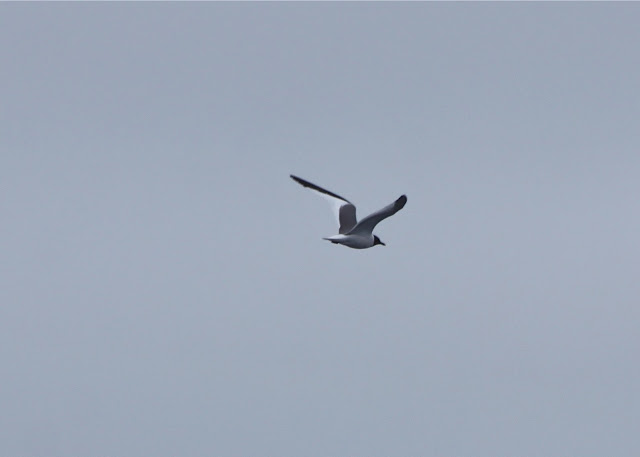 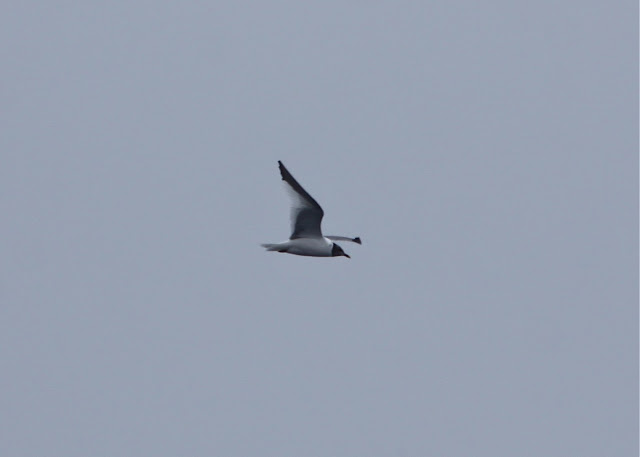 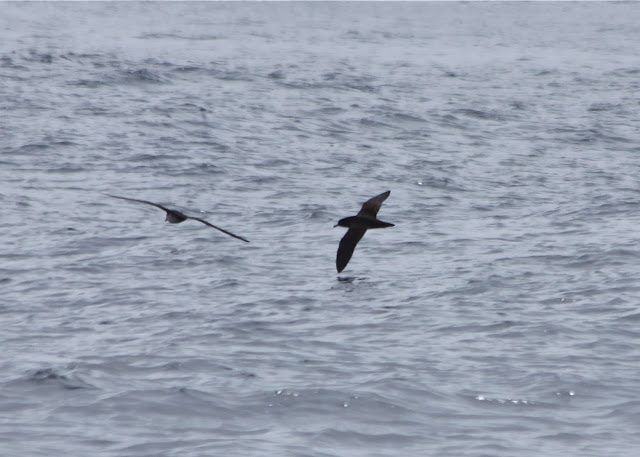 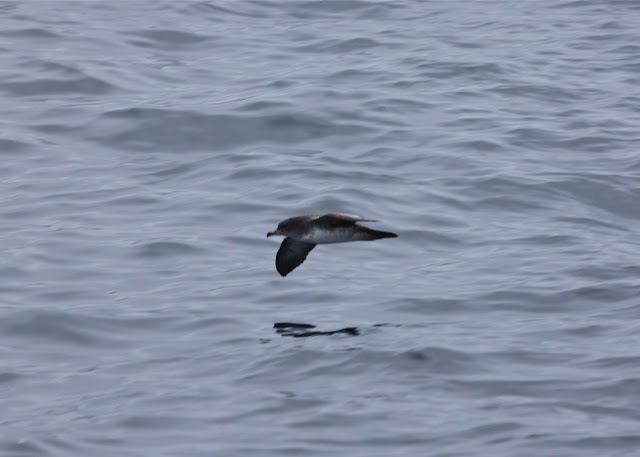 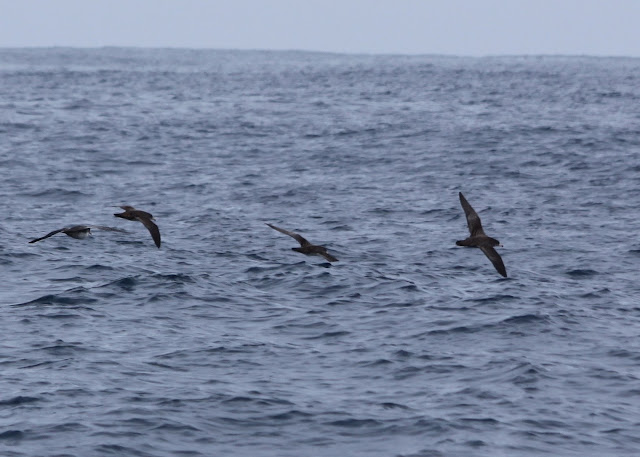 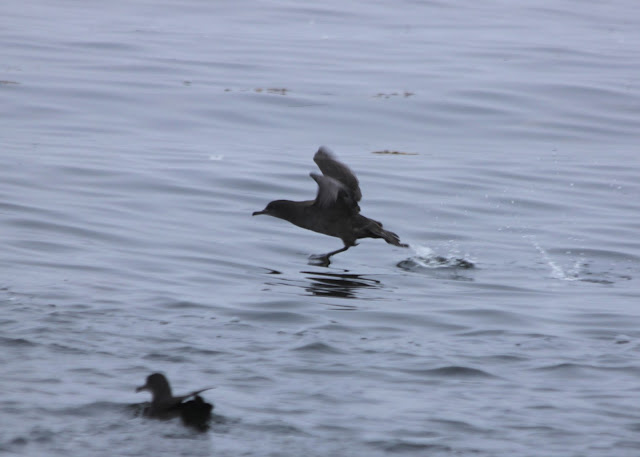 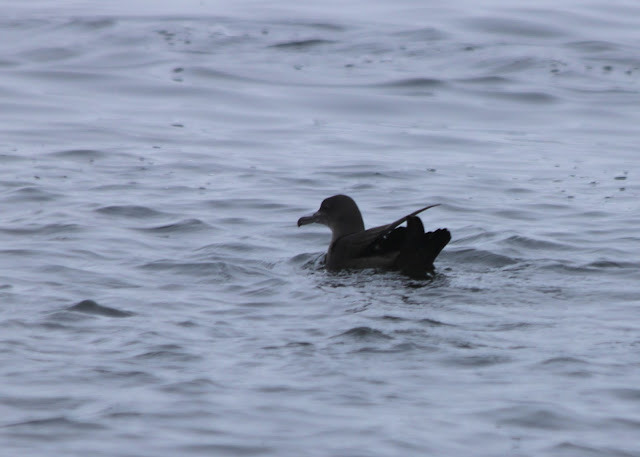 One of the trip highlights was coming across a large raft of storm-petrels- I believe they estimated 8000 birds.  Most were Ashy Storm-Petrels but we also picked out Black and Wilson's. 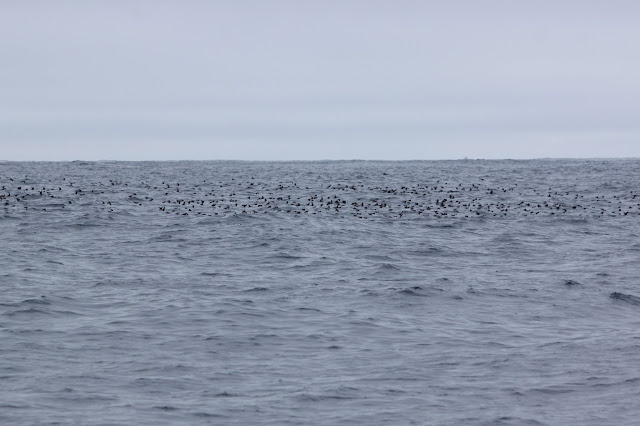 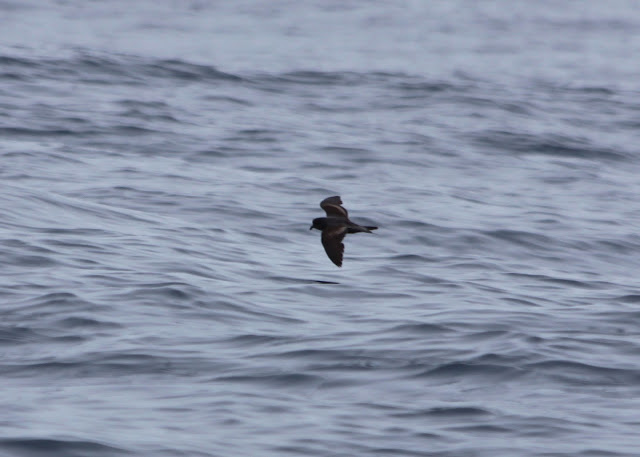 Ashy?  Turns out I can only tell Ashy and Black apart when they are together for reference 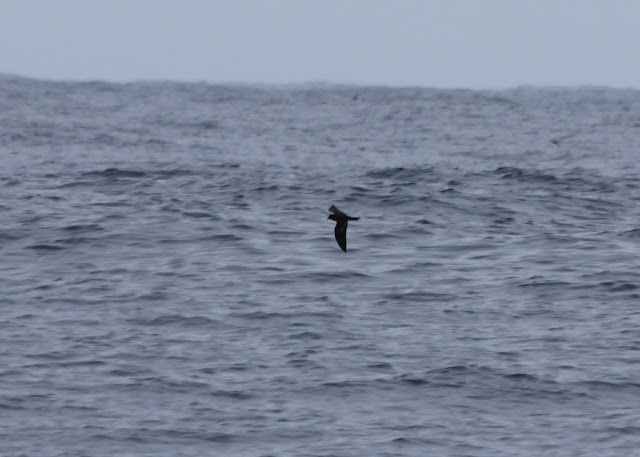 Turns out I'm a liar.  I can tell this is a Black Storm-Petrel 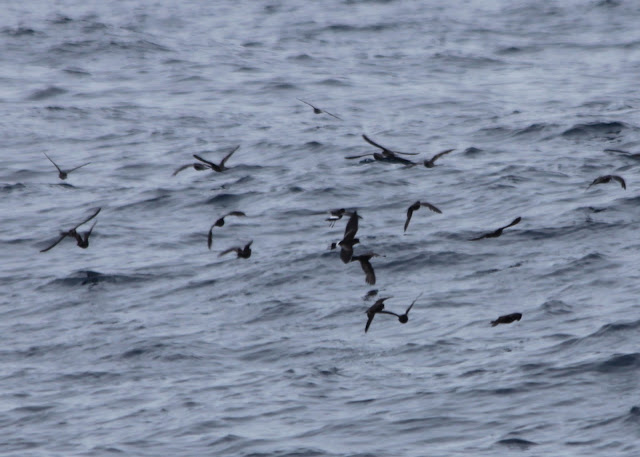 Wilson's Storm-Petrels in the center with the white rumps

On our way back to shore we stopped for a couple of Tufted Puffins ridiculously close to the boat. 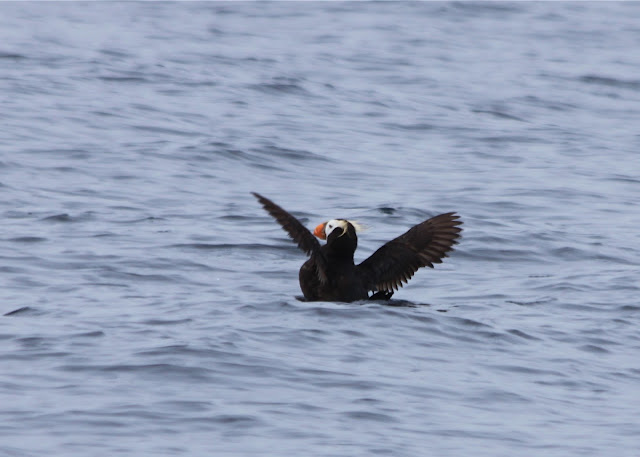 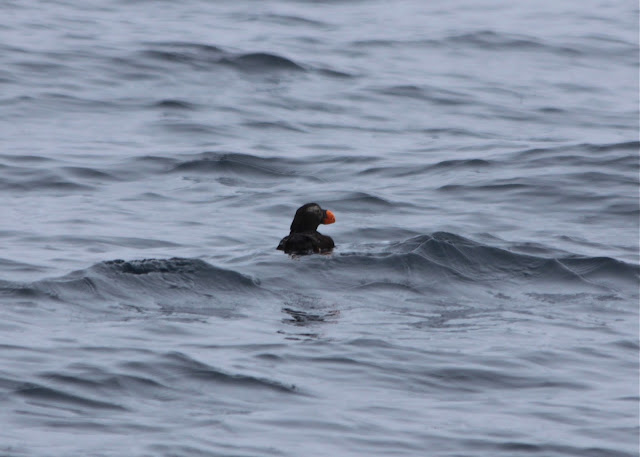 So yeah.  The trip was excellent.  Even my nonbirding friend that came along had a good time.  The New Captain Pete served us well. 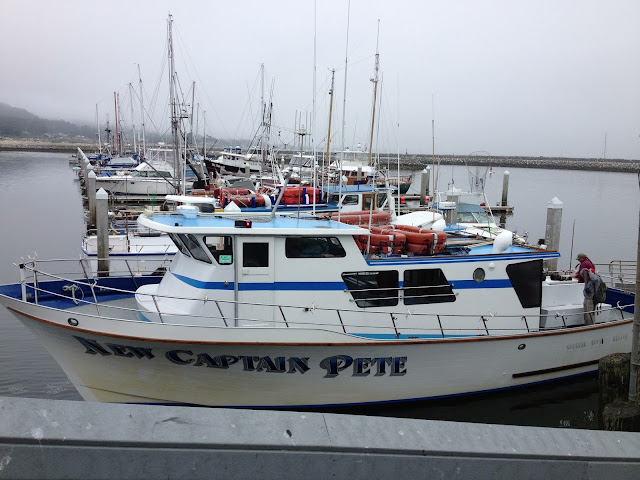 In case you are curious, some other birds seen that did not make it onto the blog were:  Pacific Loon, Great Shearwater, Black Oystercatcher, Red-necked and Red Phalaropes, Pomarine and Parasitic Jaegers, Elegant Tern, and Cassin's and Rhinoceros Auklets.  Oh and Yellow Warbler.  We had two different Yellow Warblers circle the boat.  Weirdos.