on November 24, 2013
It's been a good weekend.  Yesterday morning began with another boring sunrise... 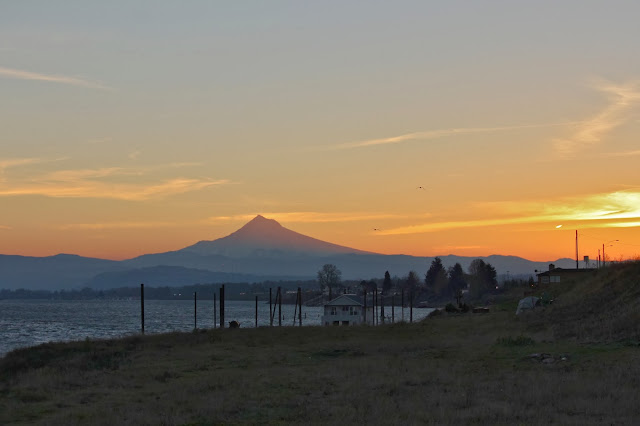 I walked the dogs all the way to the Sea Scout Base in hopes of finding some good birds.  Success.  A small flock of scaup there held a lone White-winged Scoter! 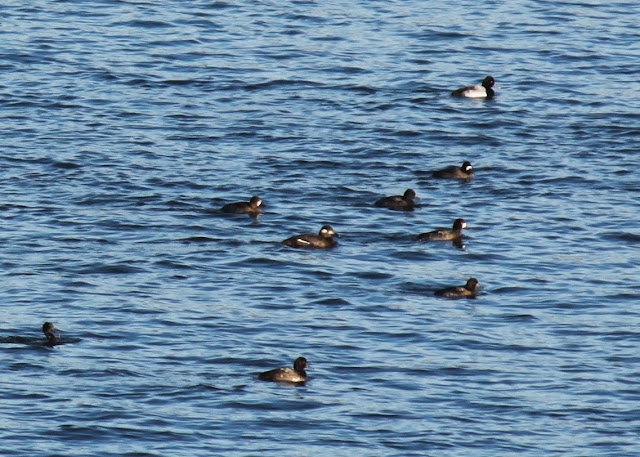 I think that was only my second time seeing one in the county.  Pretty cool, especially for a motorless bird!  A harrier came by while I was scanning... 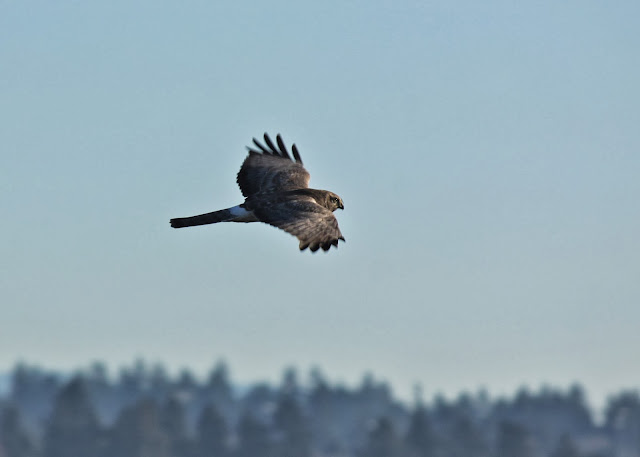 Lots of Common Goldeneyes along the river but no Barrow's that I could find.   No loons either- haven't had any on the Columbia yet this fall, though others have.

This afternoon I went out to Steigerwald Lake NWR to hunt for owls with a friend.  We failed to find any Short-eareds, but had some great success with Barns.  Two in fact.  Neither wanted anything to do with us. 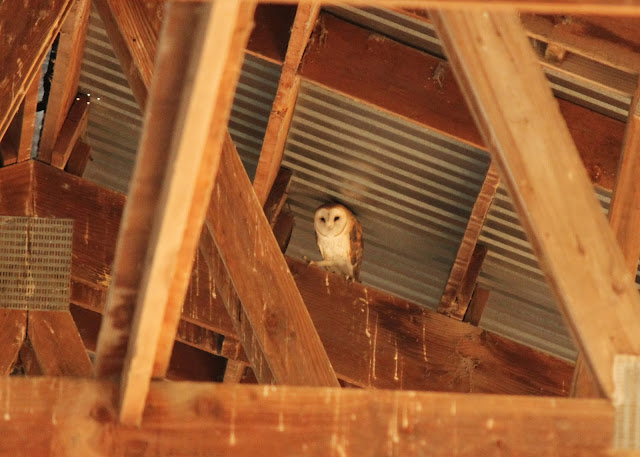 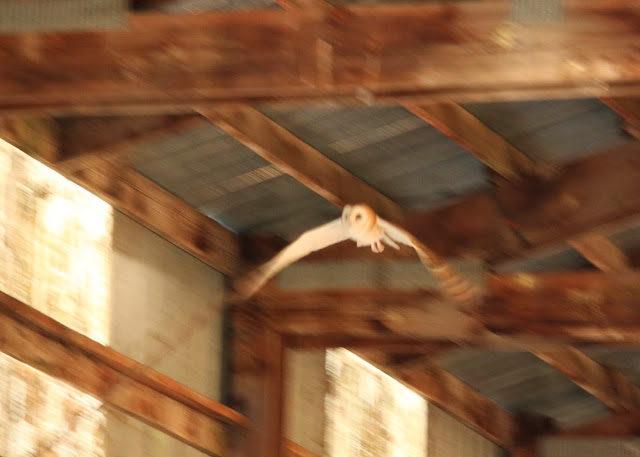 Also around were lots of meadowlarks, a couple of Bald Eagles, oodles of harriers, a kestrel, and lots of people. 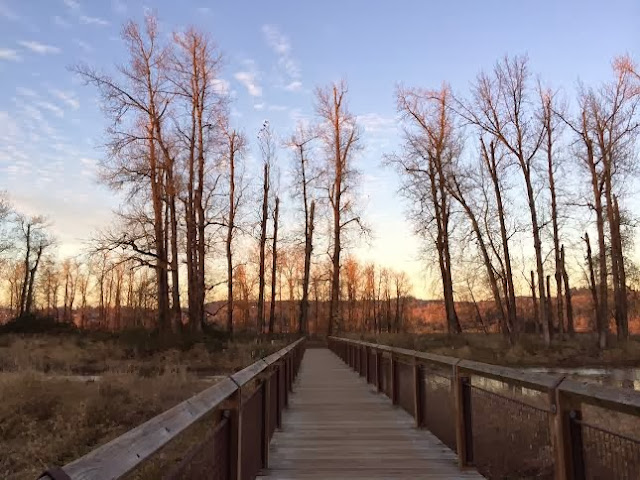