on November 04, 2013
It's been a pretty good couple of days here.  It all began yesterday morning when I was trying to sleep but just couldn't.  I was getting annoyed but then I heard something... a faint hooting... a Great Horned Owl!  I ran outside with the dogs and eventually tracked it to a tree across the street.  Score!  Once it got light out we headed to Broughton Beach for a long walk. 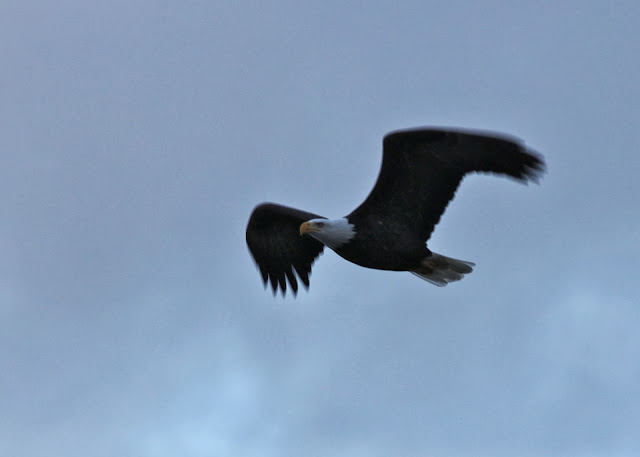 We walked up to the sandy area where the gulls hang out and found a lone Bonapartes's.  Soon after about twenty Dunlin flew in and started milling about. 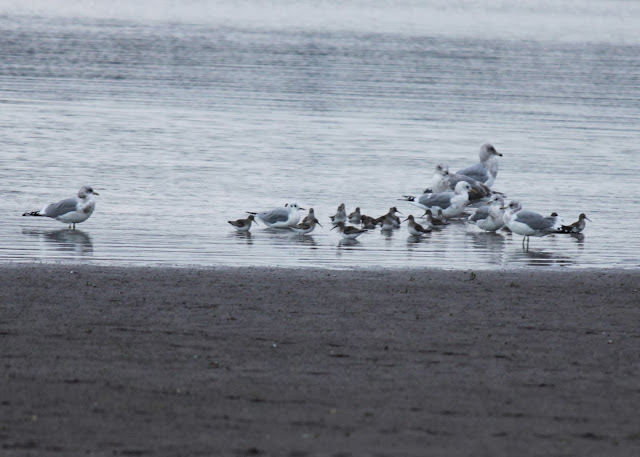 Note the Mew Gulls also, which some folks would find enviable

As we walked back to the car (I park at 33rd because paying $5 to park at Broughton Beach is effing stupid), I found a dozen singing Western Meadowlarks!  So cool, about half of them were perching on the airport fence. 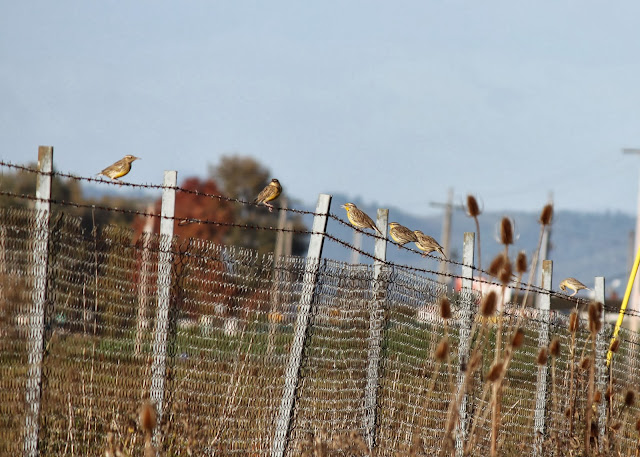 Awesome.  In the afternoon I decided to chase the Rusty Blackbird that was found in Hillsboro during the week.  After hearing from Michele that it wasn't seen all morning I decided to join her at Jackson Bottoms for some adventurous, yet overall uneventful birding...

Anyway.  After Jackson Bottoms I headed to the Rusty Blackbird site and found plenty of birders, but zero Rustys.  The Wood Ducks were lookin sexy though. 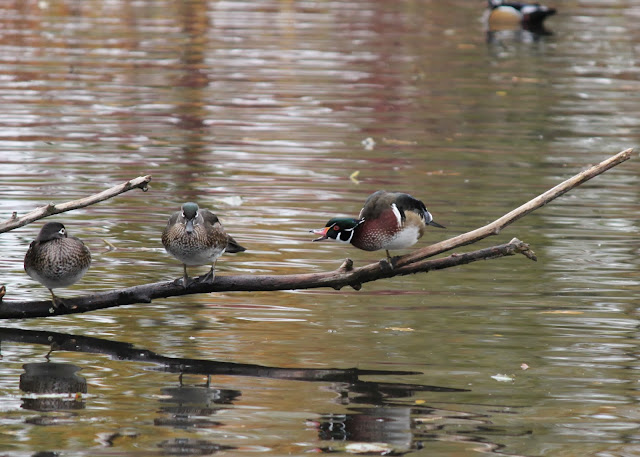 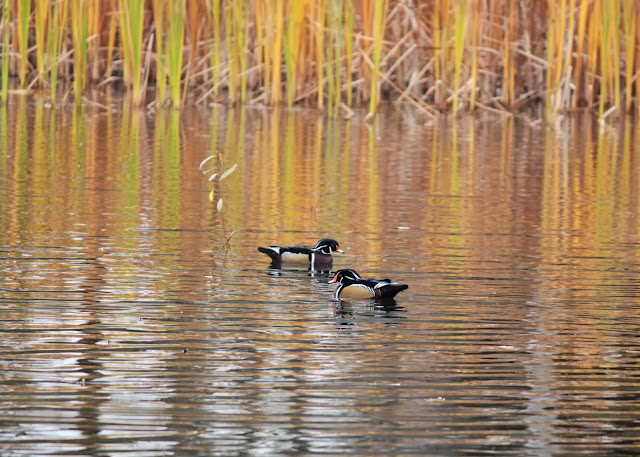 After an hour or so I gave up completely on the blackbird.  This morning I took the dogs to a park in Clackamas County to add some birds to that list.  Best bird of the day?  Couldn't say.  But the best critter of the day... the rough-skinned newt!  Or at least that's what I think it was... 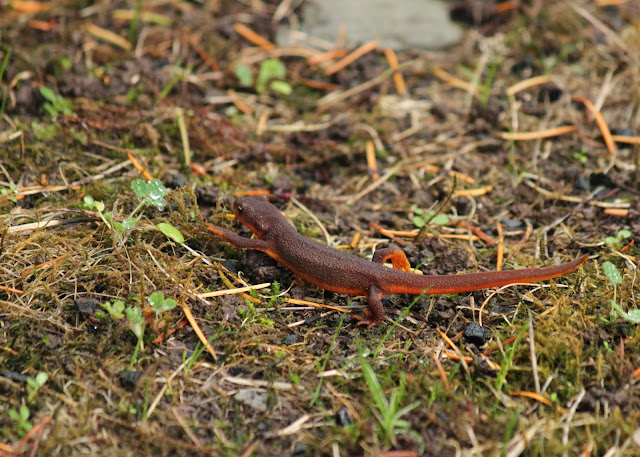 After coming home for lunch I read on OBOL that the Rusty was seen again this morning.  So of course I went back out to Hillsboro... I found Lyn Topinka, a few other birders, and zero Rustys.  Initially.  I took a walk around to look for the resident Acorn Woodpeckers... 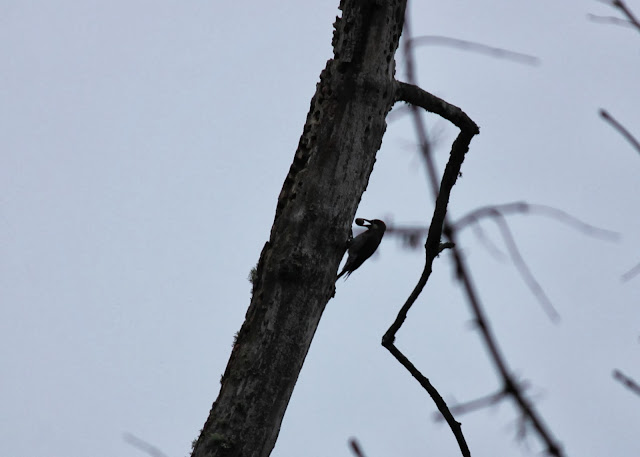 After awhile I made it back to the area where the bird had been seen.  I saw a mom with two toddlers tossing bread to the Mallards.  Some Brewer's Blackbirds were milling about.  I crept up and started scanning... Bingo! 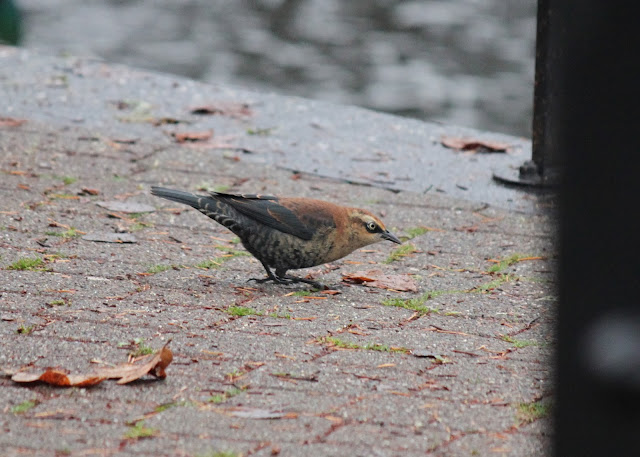 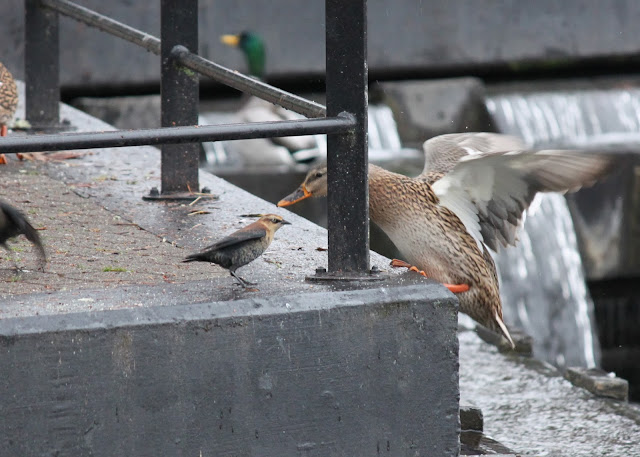