I didn't make any real resolutions this New Years, but I was thinking I definitely need to work harder on my motorless birding.  I finished 2013 with 136 135 species.  Not terrible, though plenty of room for improvement.  I got started on New Year's Day, racking up 40 species on a long dog walk up to the Columbia and over to the Sea Scout Base.  This morning I walked in the opposite direction along Airport Way to the wetlands behind the McKinstry building. 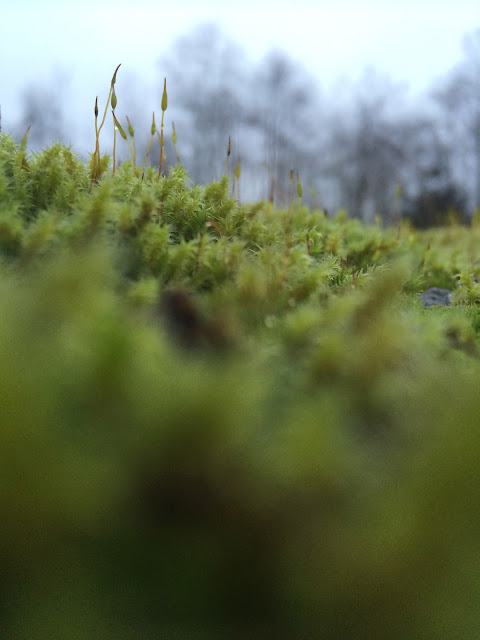 I always stop at the different "pump stations" along Airport Way, though I couldn't actually tell you what they are.  At this one behind Thyssen Krupp Elevator I found my first new bird of the day, a Red-shouldered Hawk: 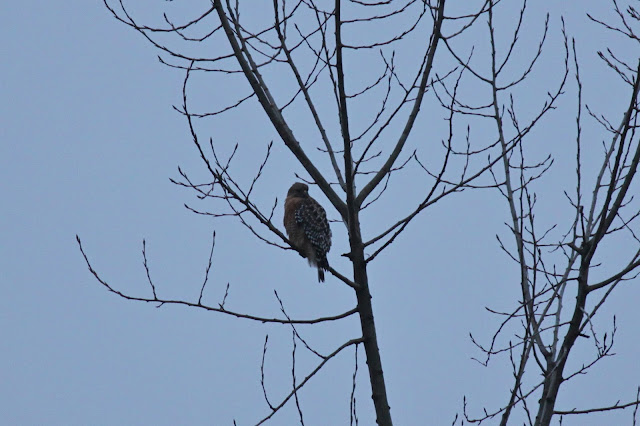 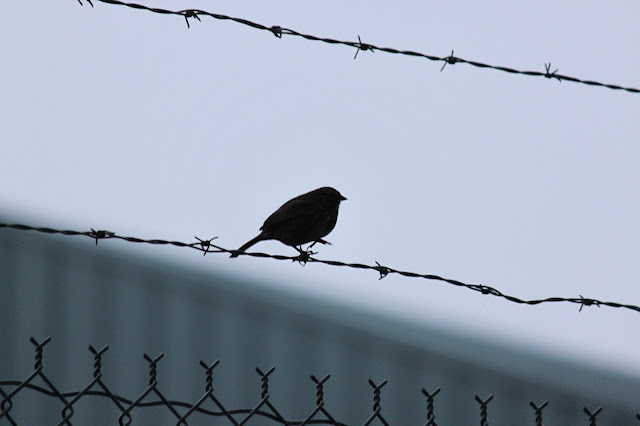 When we reached the wetlands around 9 there was a nice fog going on... 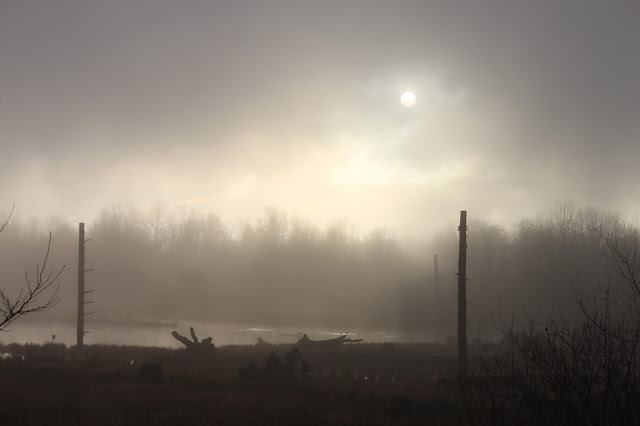 Within fifteen minutes the fog completely dissipated.  I made my way around to the east side of the wetlands where another pump station is located.  A trail leads behind it offering another view of the wetlands, as well as access to the Columbia Slough Trail.  Back there I came across a flurry of activity- kinglets and creepers and chickadees and wrens! 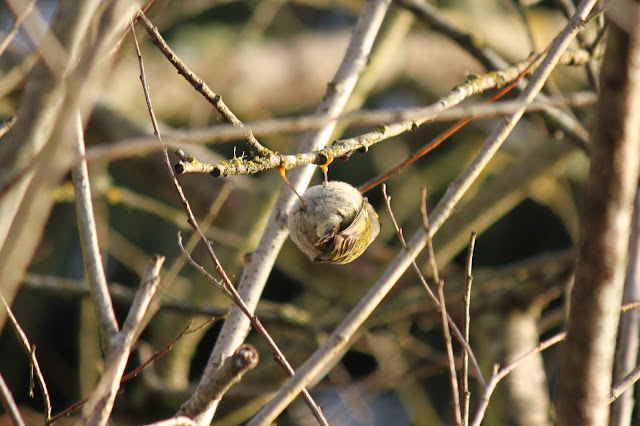 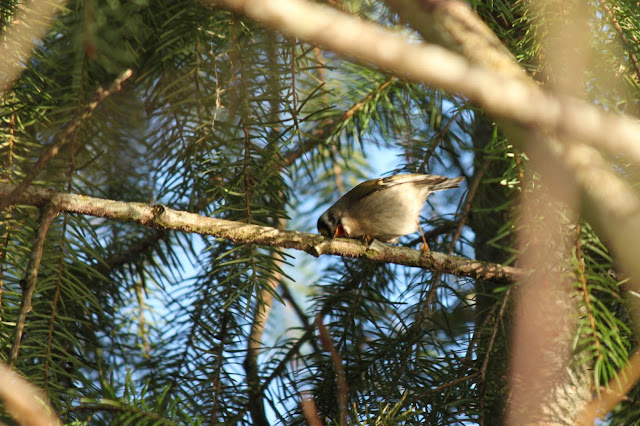 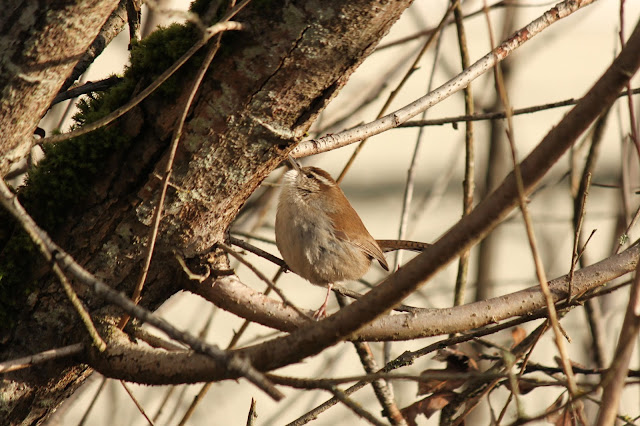 At this point I heard a faint sound, almost like a horn, and my first thought was swan, quickly followed by my second thought "you're crazy."  I dismissed it and snuck into my secret spot for popping a squat while on dog walks.  Then I heard the sound again.  I looked up and sure enough, five swans were flying overhead.  Crap!

I scrambled to pull up my pants, grab my bins, buckle my belt, not drop the dogs' leashes, and made a mad dash back towards the wetlands.  Thankfully the swans had landed in the water and I was able to get some better looks, with pants on. 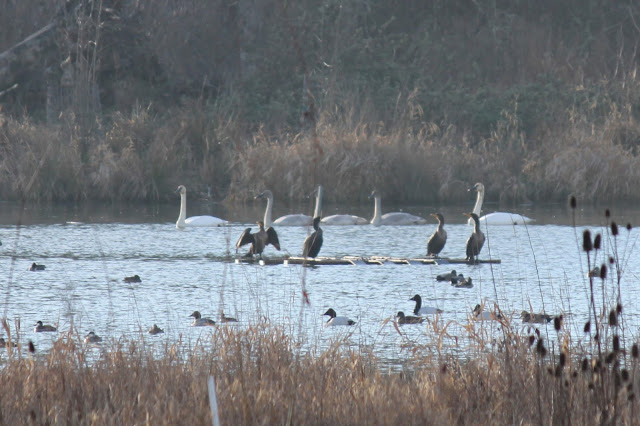 They sounded like Trumpeters, and sure looked big enough to be Trumpeters, but I was convinced that was just too crazy.  I returned to the viewpoint behind the pump station and waited, hoping I would get a chance to hear them again and record their sound.  I lucked out- they took off after a short time, and flew right towards me! 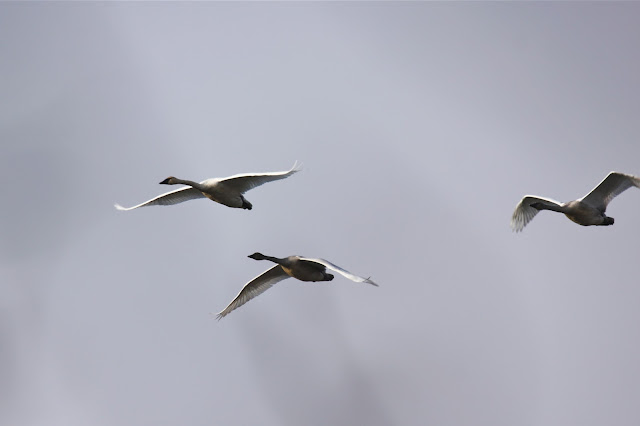 This time I managed a video with my phone as they passed by that can be seen/heard on Flickr.  I sent it out for some confirmation because I still could not believe it.  Indeed, Rhett, Michele, and Dwight all agreed they were Trumpeters.  Not just a great motorless bird, but a new county bird!  Not just a new county bird, but my first county bird found while peeing!

On the walk home I was able to add one more new motorless bird for the year: 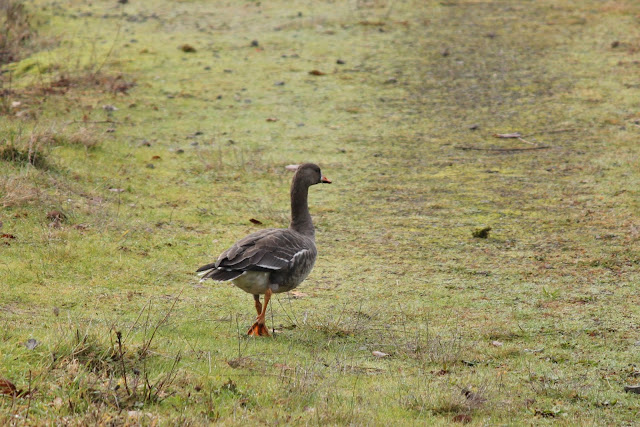 And lastly, a Red-tailed Hawk clutching something dead was under attack by a crow... 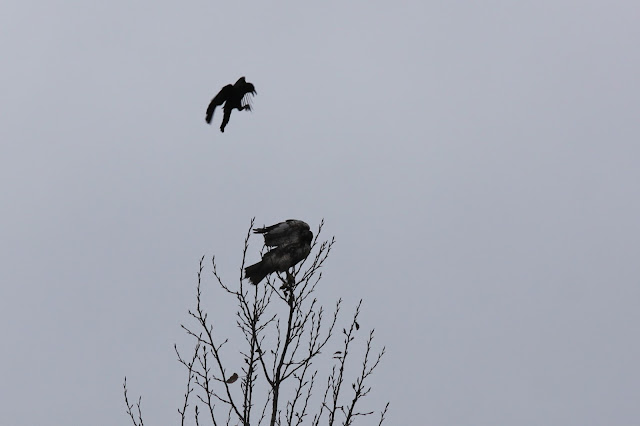 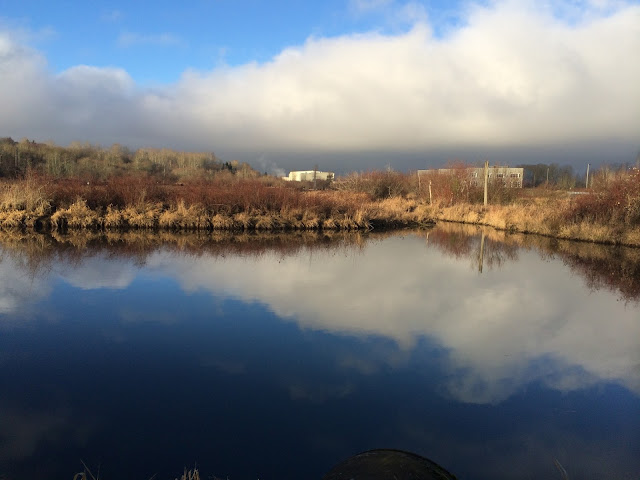