on February 23, 2014
Well that sure sounds fancier than river rat, don't it?  I apologize in advance- this a dumb post about nutria.  On a recent trip up to Ridgefield in the pouring rain I was treated to something even more horrific than the albino nutria (you didn't think that was possible, did you???): 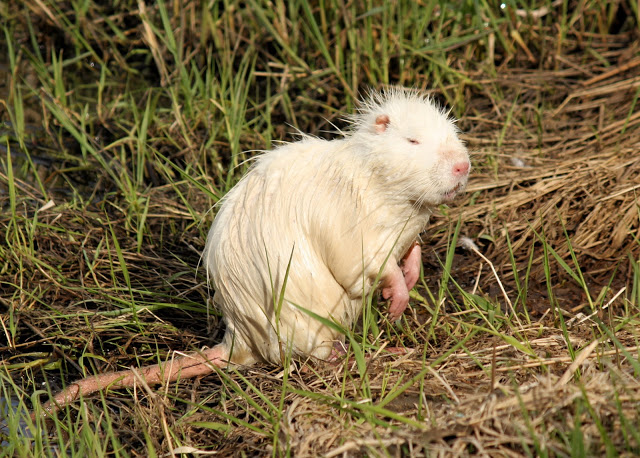 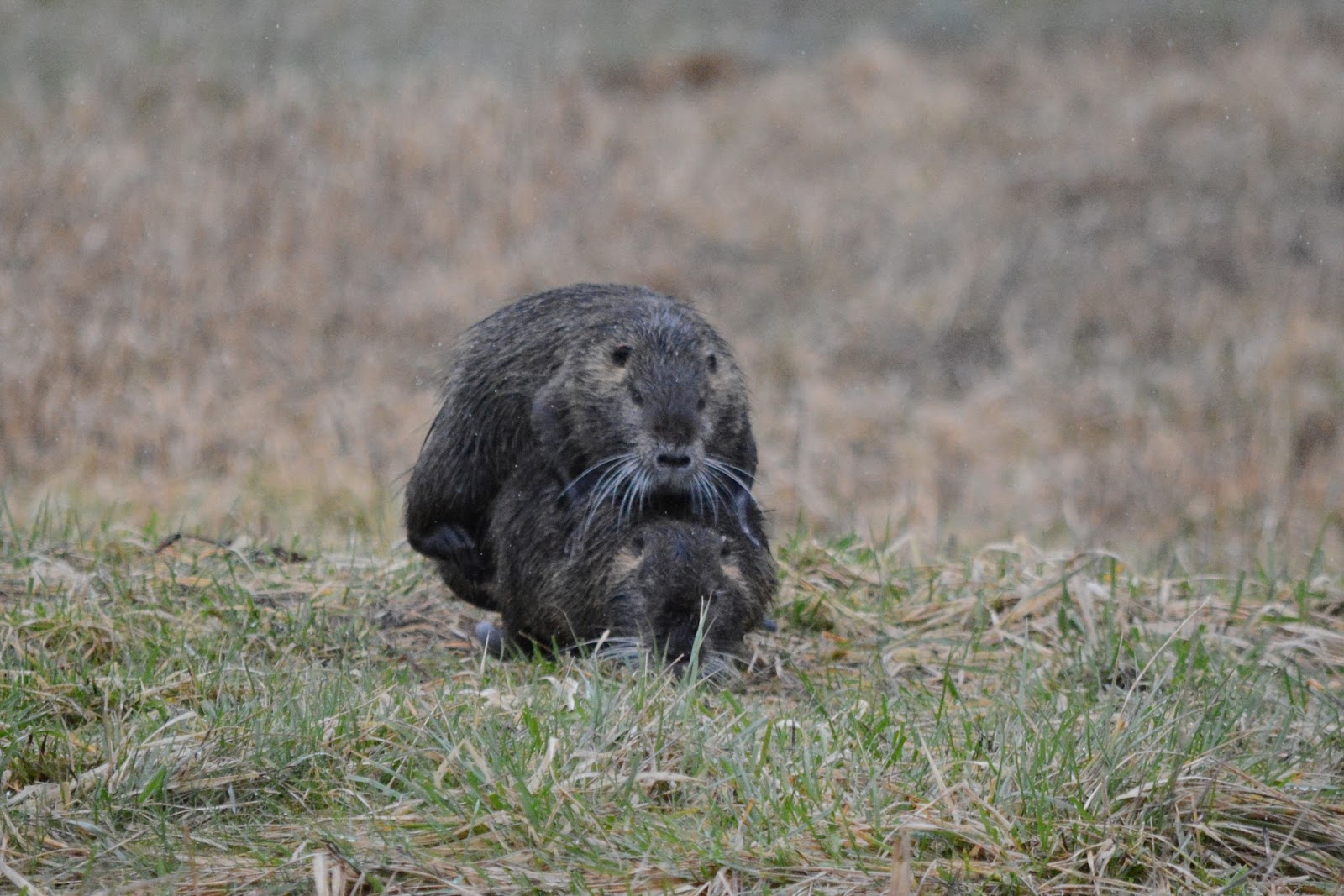 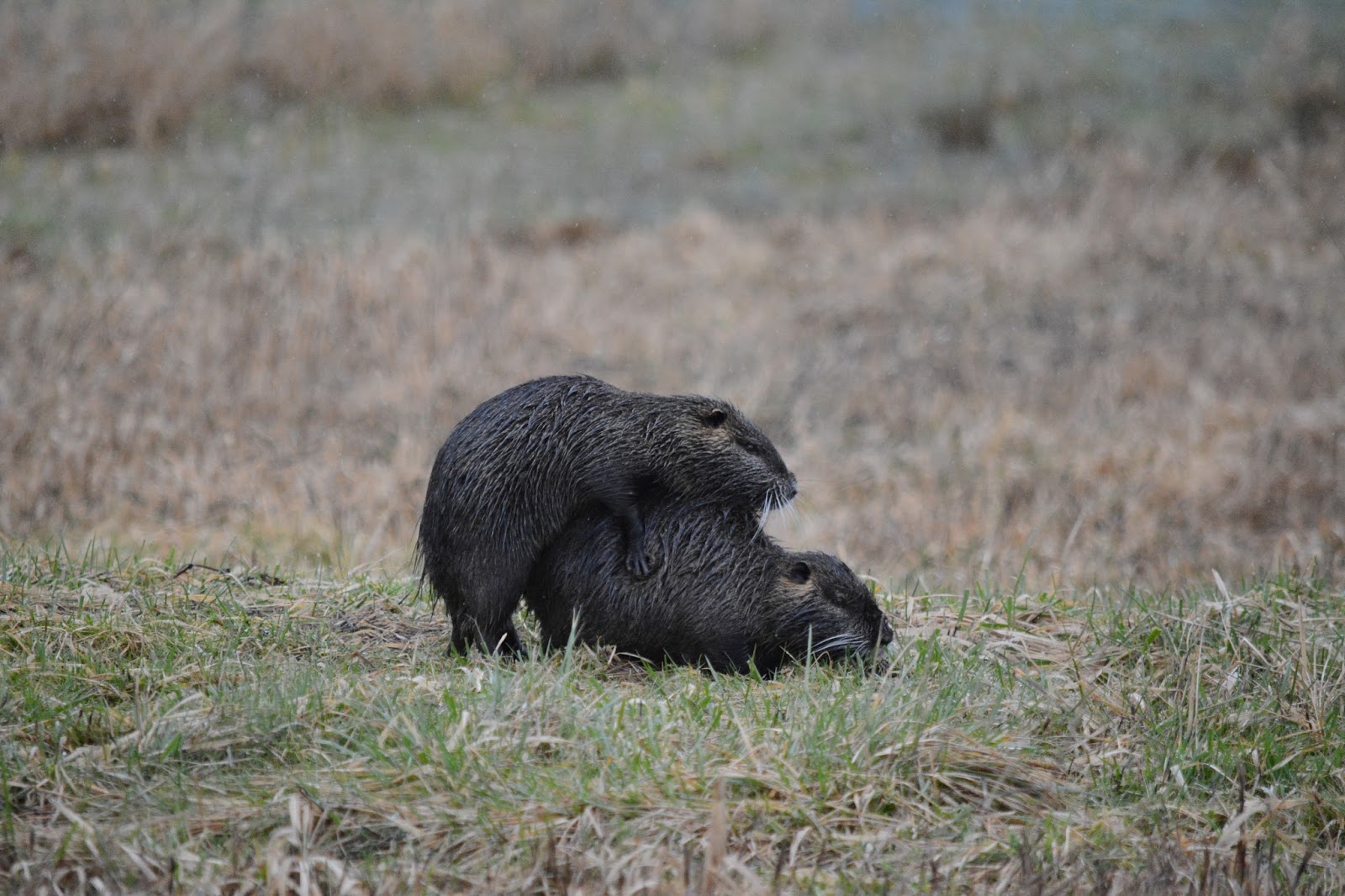 I watched it happen.  Twice actually.  I didn't obtain a good video, so I recreated it for you with this crappy video.

Also on this visit I watched a muskrat and a nutria swim by each other and I managed a comparison shot.  Not the best, but I know a lot of people don't know the difference... 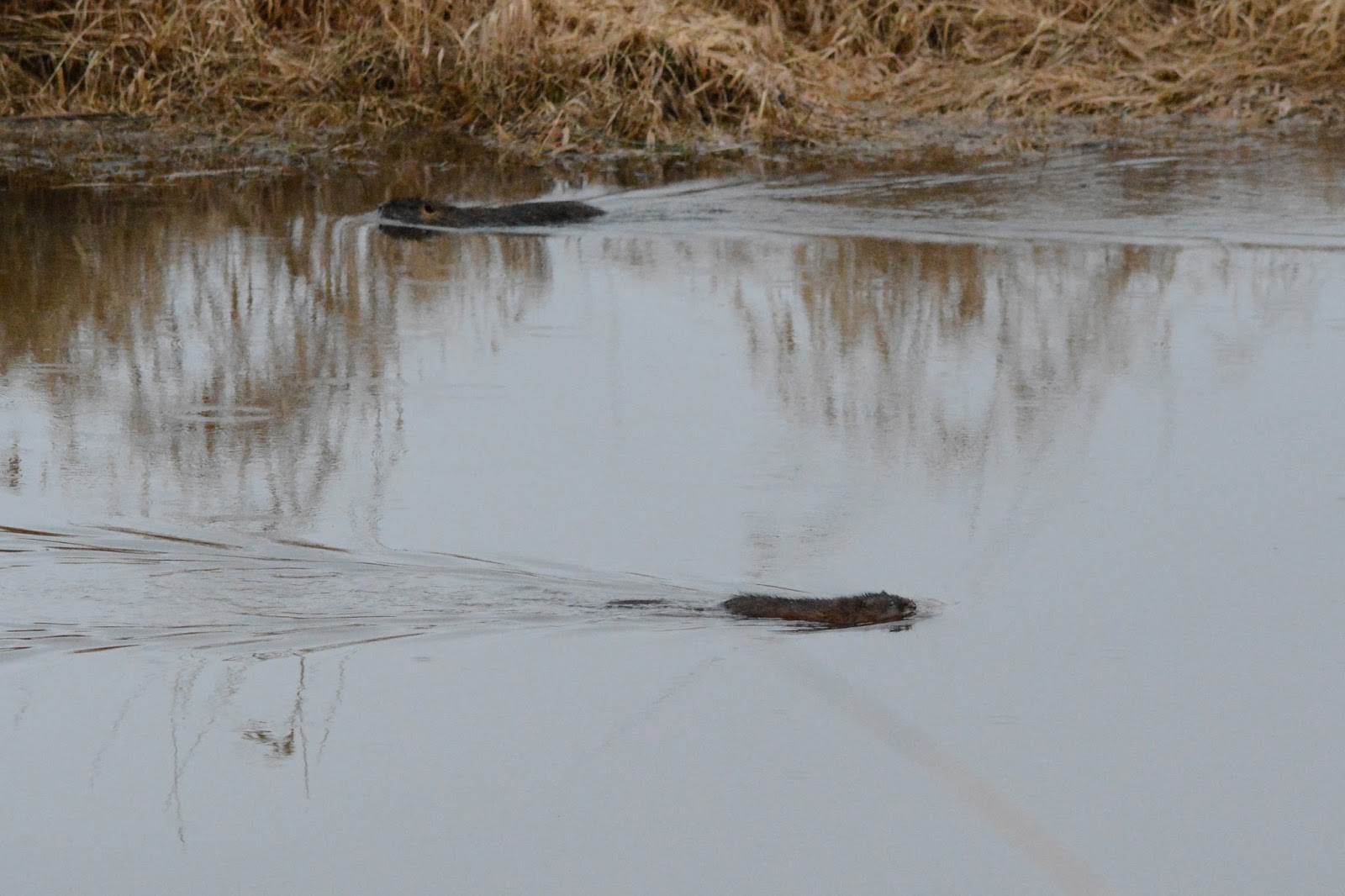 Muskrat below, Nutria above.   Distinguishing features:  muskrats are cute, nutria are foul.  Nutria often show their orange teeth and their big creepy whiskers.  Muskrats often look furrier or softer, even though nutria were introduced for their fur.  Vomit.

At least some animals do their part in attempting to keep the nutria population in check.  Remember this post from two years ago?  Too bad I haven't seen a coyote at Ridgefield in forever.   Thanks USFW, for killing a bunch (at least 13) for the sake of the imported deer that have mostly died regardless.  Haven't heard?  Check out this article for more details. 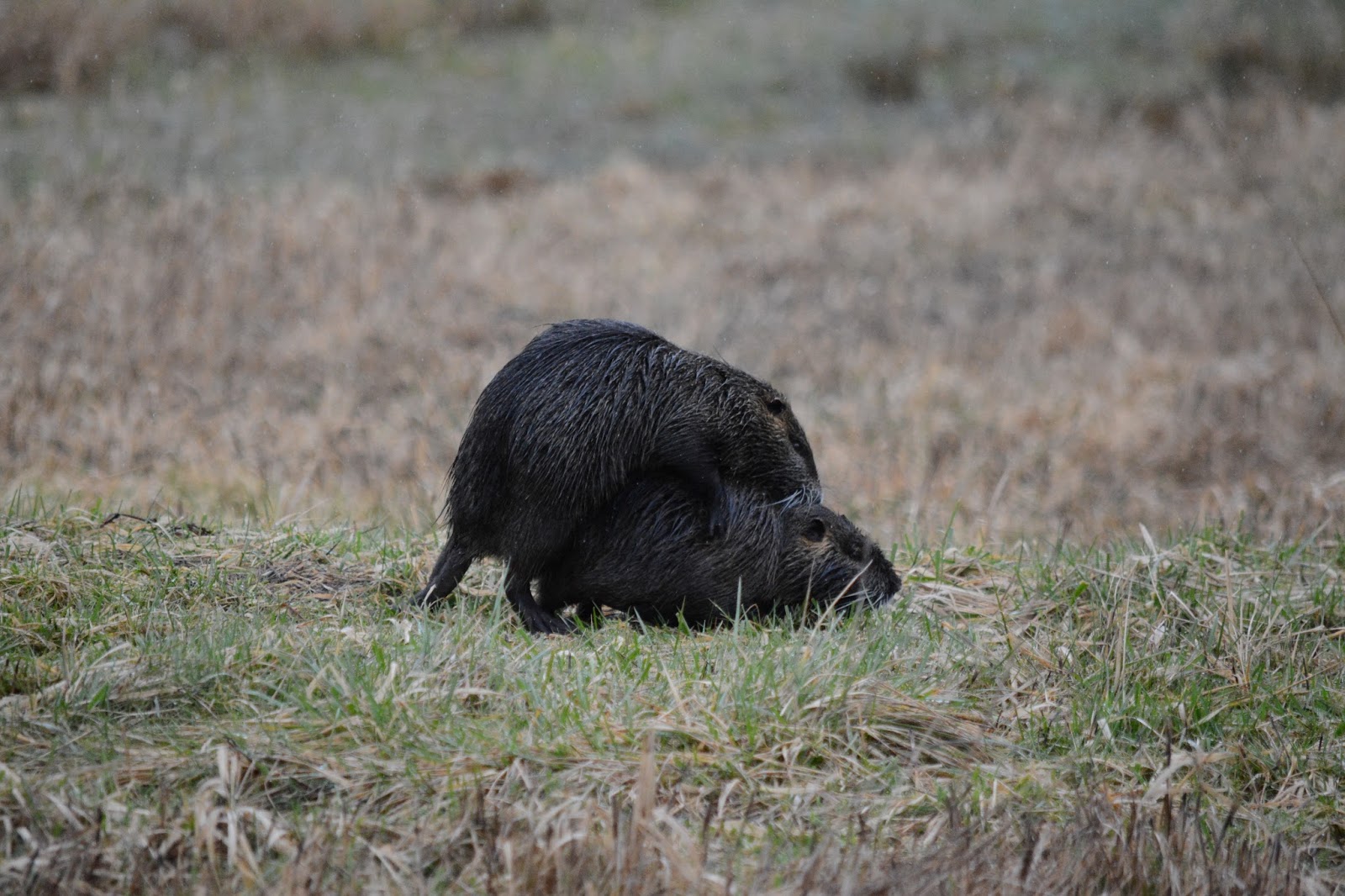