on March 21, 2014
Somehow I made it almost three months without visiting the Oregon coast- kind of a long time for me.  The recent tales of a scoter feeding frenzy along the south jetty of the Yaquina River finally motivated me to get out there. 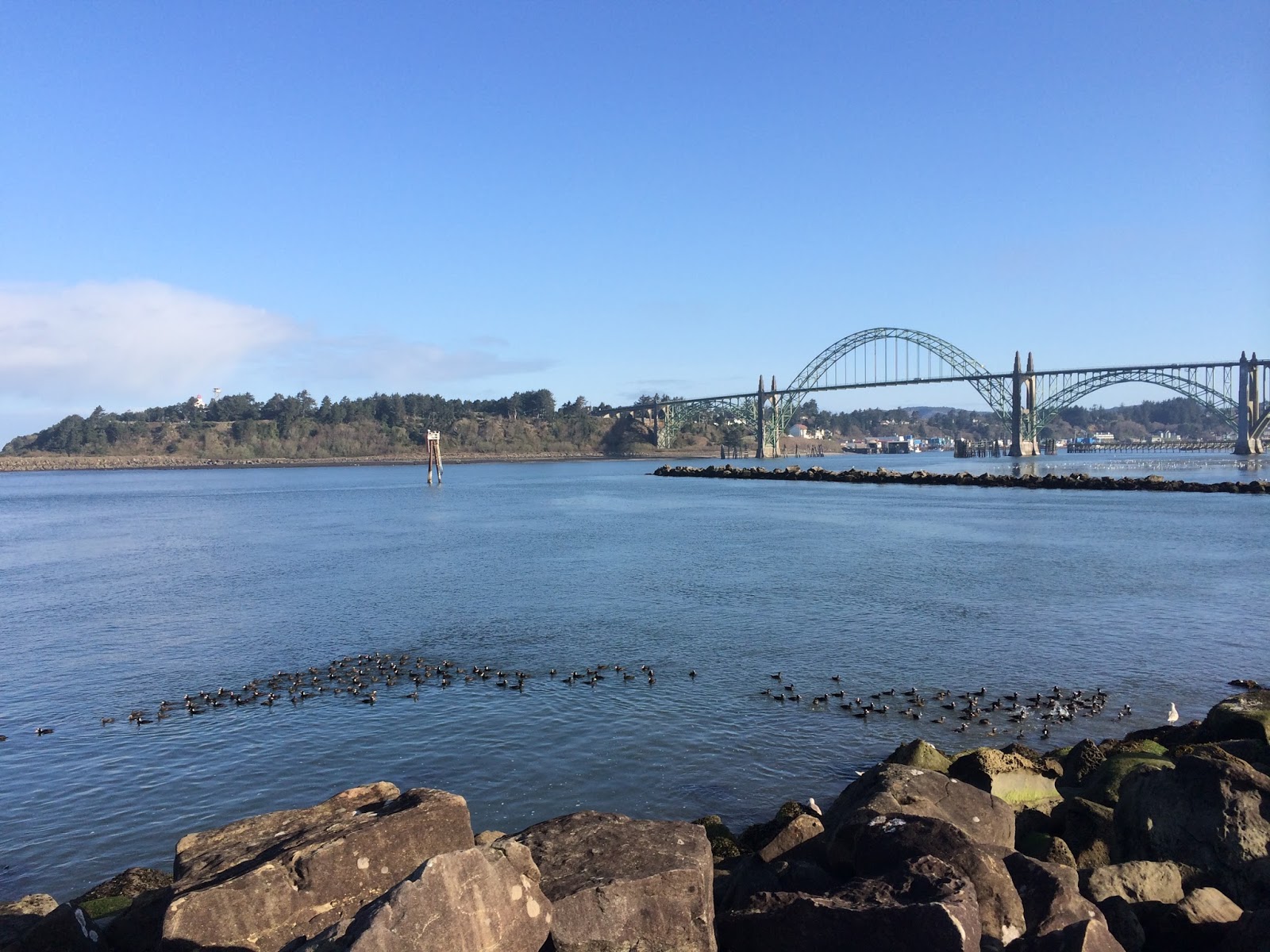 I will be honest with you, I'm not sure exactly how this whole herring egg feeding thing works.  The internet has told me some interesting tidbits though, like how scoters spend 50% less time foraging when there is an ample supply of herring eggs around.  They also dive less overall.  If you want to pay 12 bucks to read a paper about it go here, and tell me what it says! 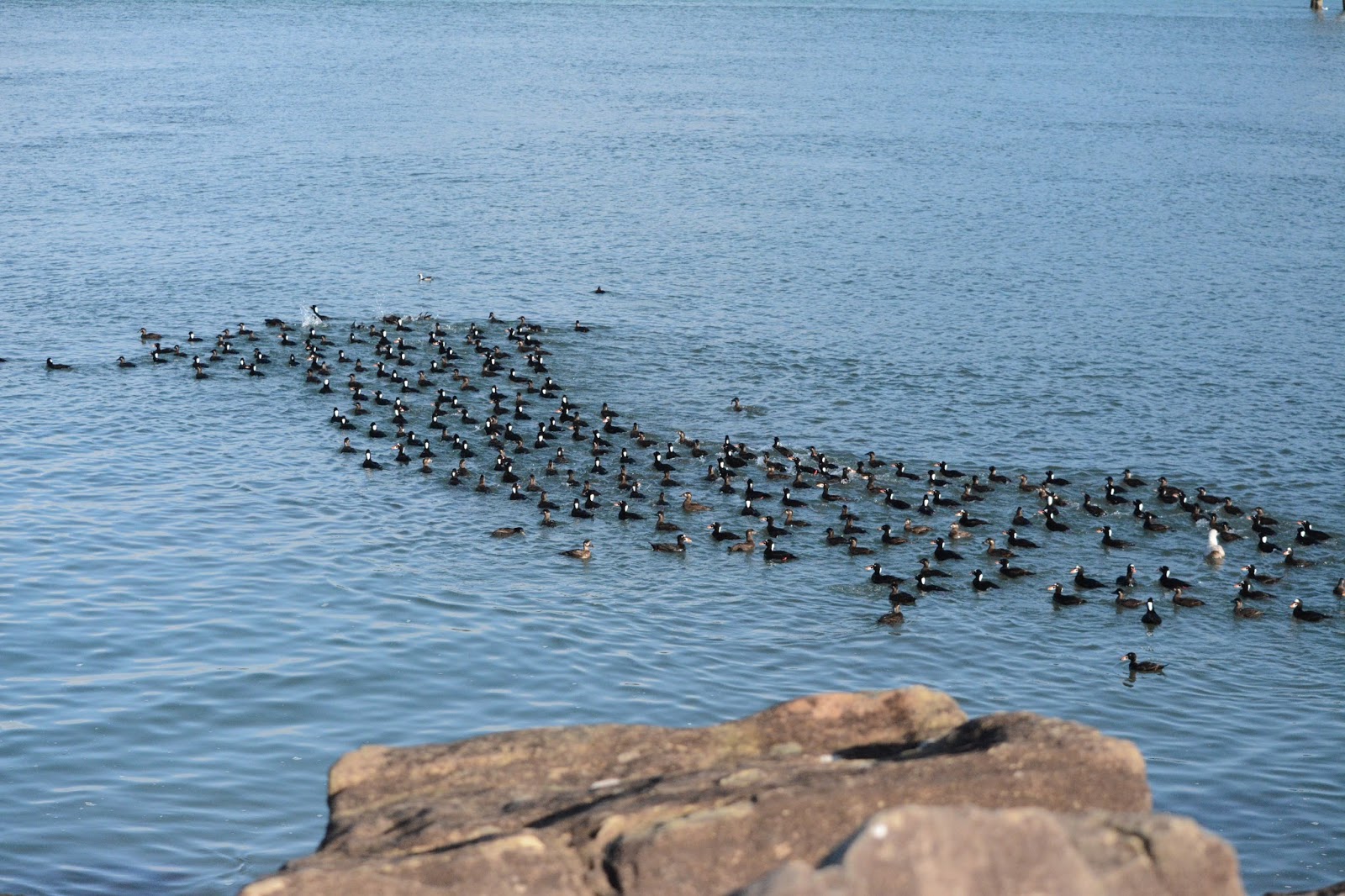 The internet also told me that scoters often dive at the same time to reduce the chances of gulls stealing their catches.  I'm not sure if that goes for herring eggs or if that's more related to mollusks and such.  Regardless, once one scoter dove it would set off a chain reaction of diving. 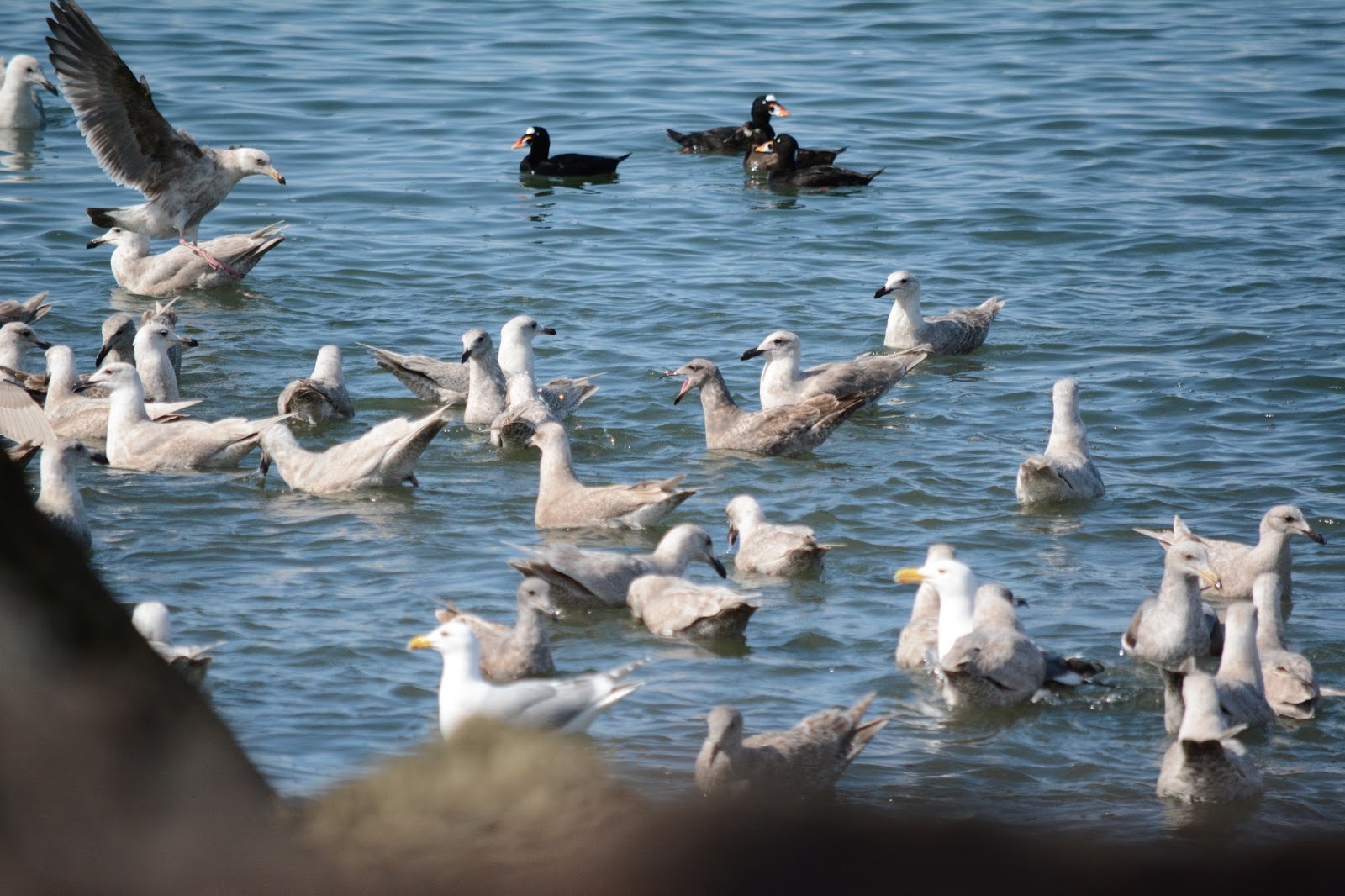 Waiting for the scoters to pop up

The scoters would also suddenly start rushing in a certain direction together.  Sometimes this was caused by a boat and one time a a dude got too close, but other than that I don't know the reason. 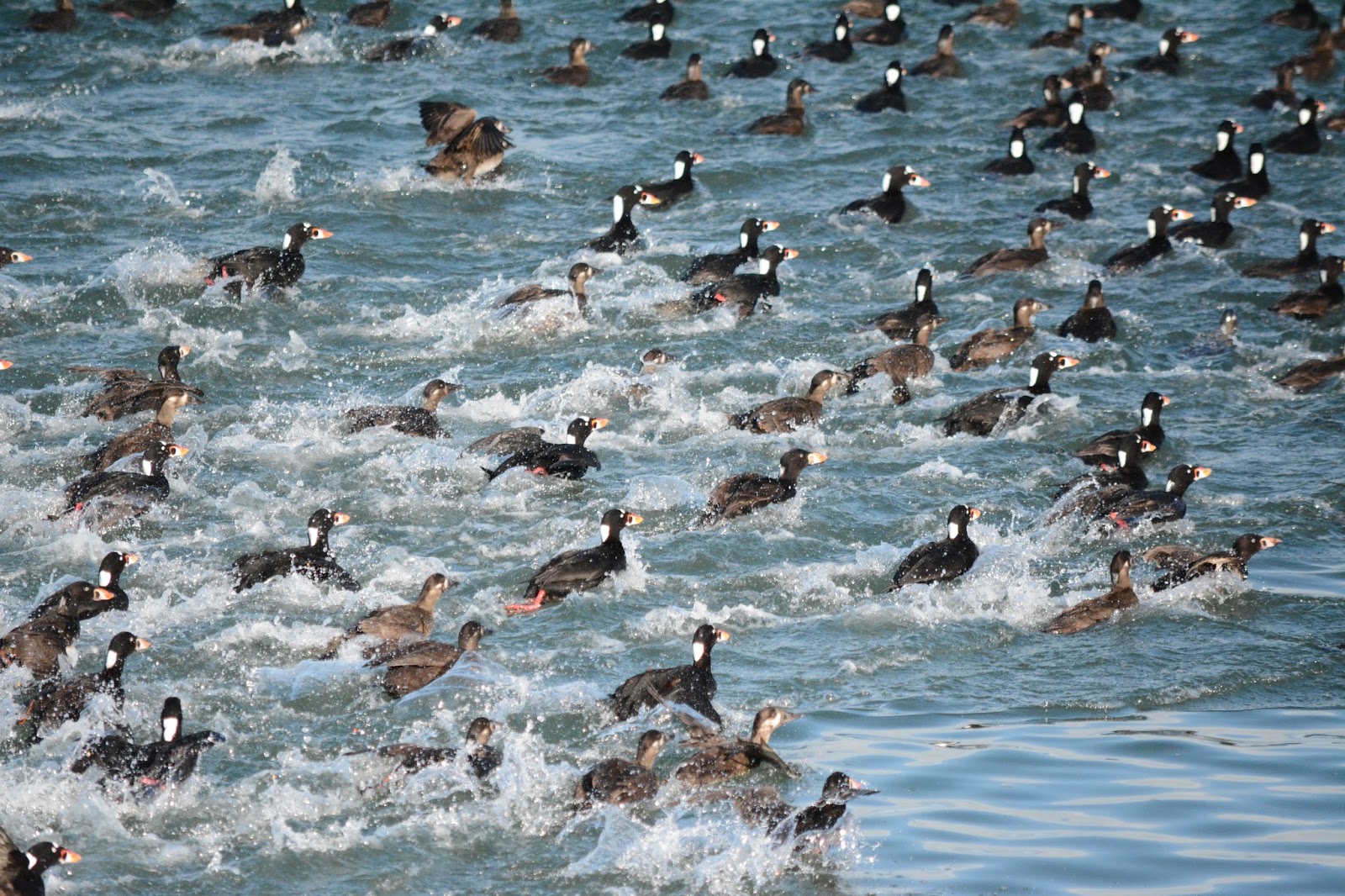 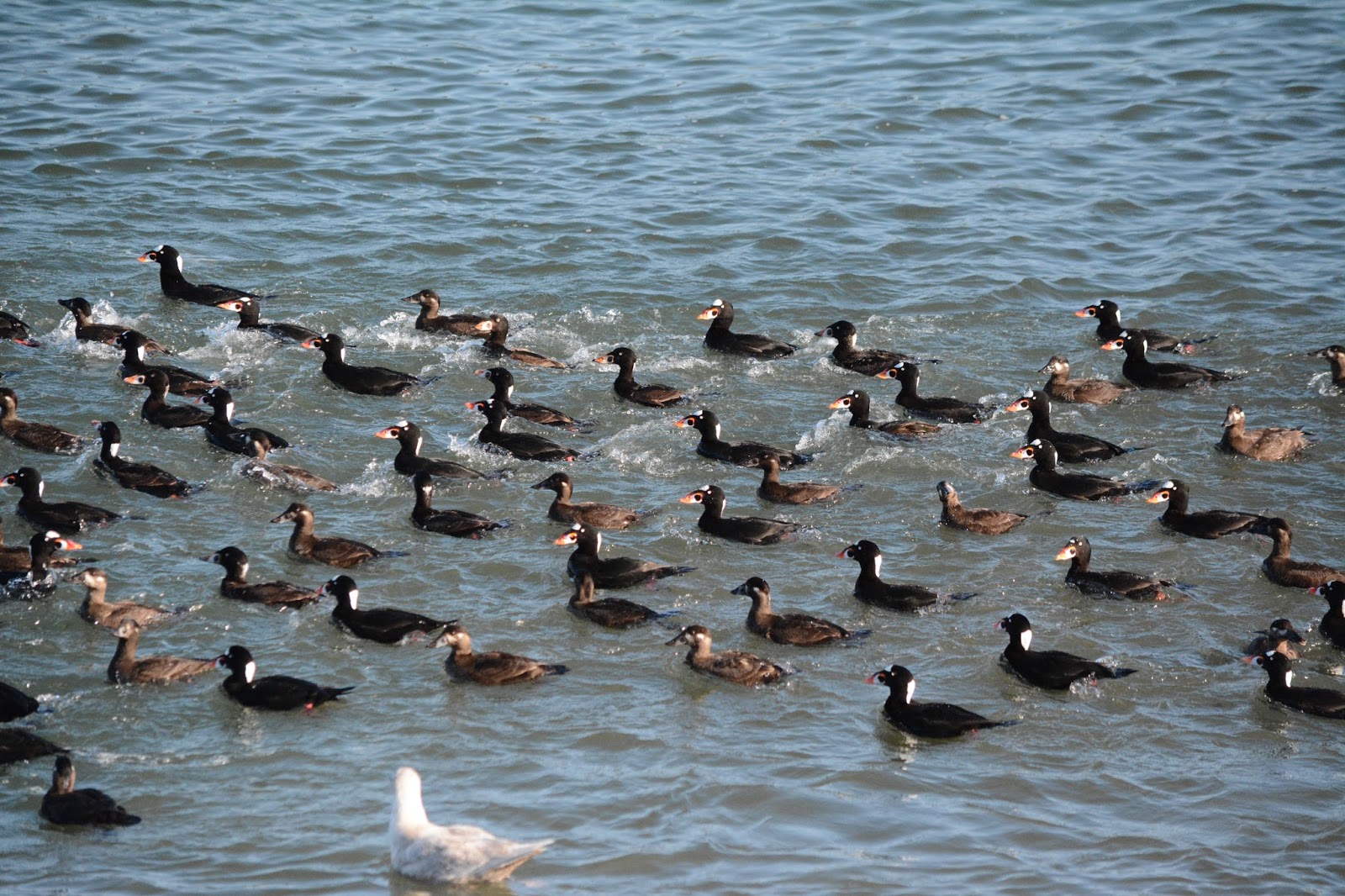 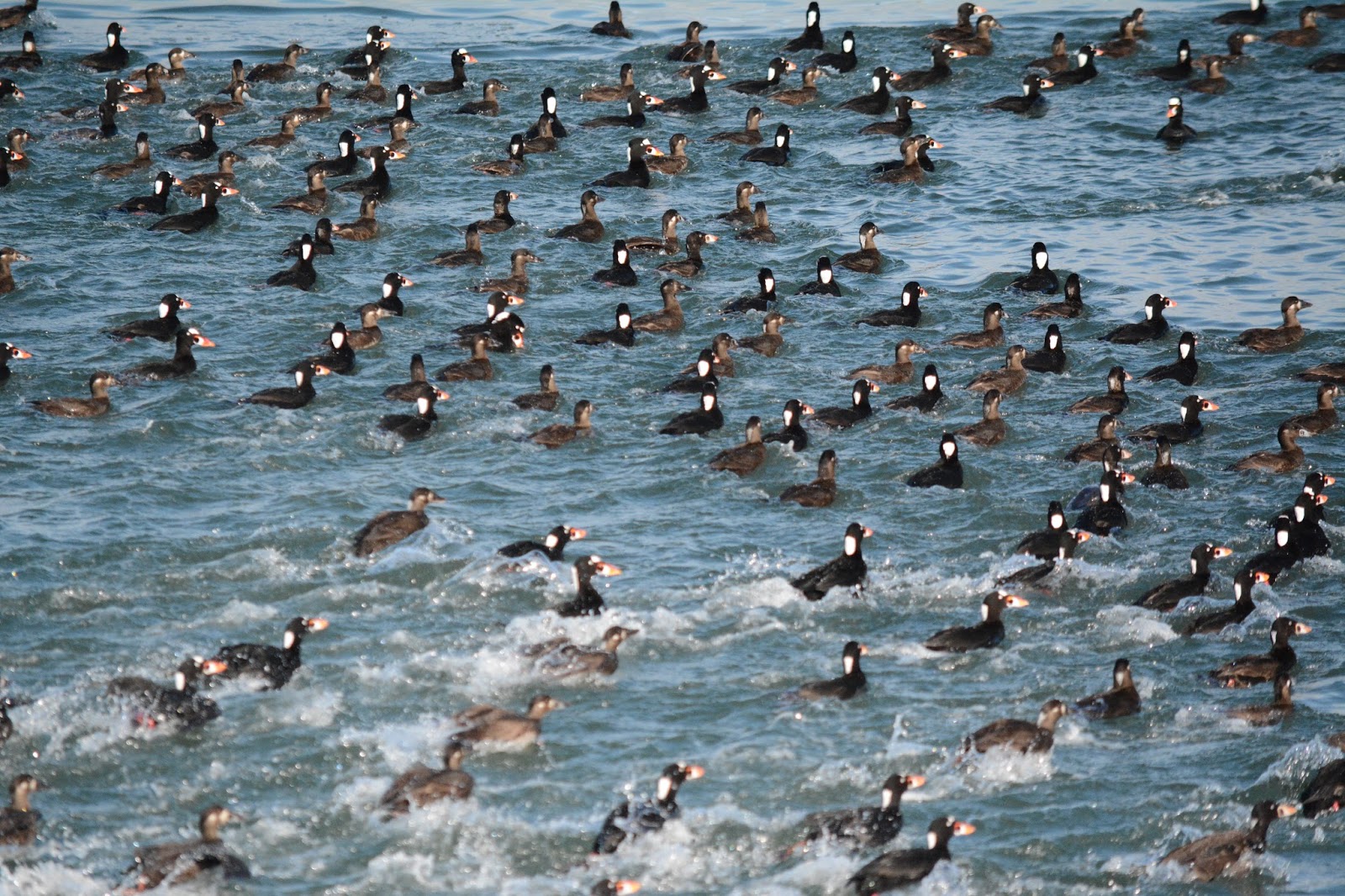 So as you can see, the scoter masses consisted mostly of Surf Scoters.  Most of the time there were two large groups, each with hundreds of birds.  Smaller groups were scattered throughout the channel as well.  I found a couple Black Scoters and one White-winged in the mix also, along with the most exciting birds for me- three Long-tailed Ducks! 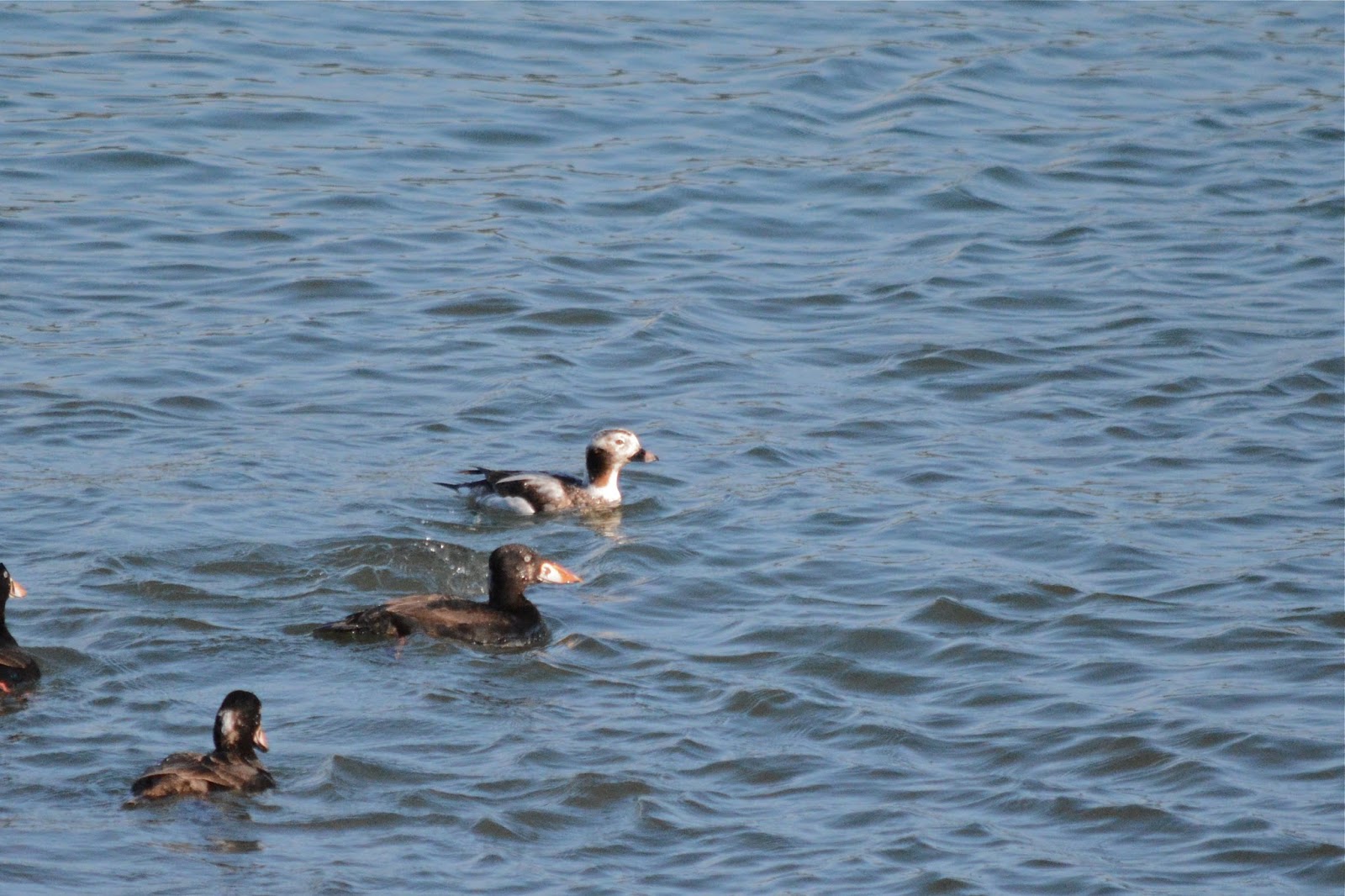 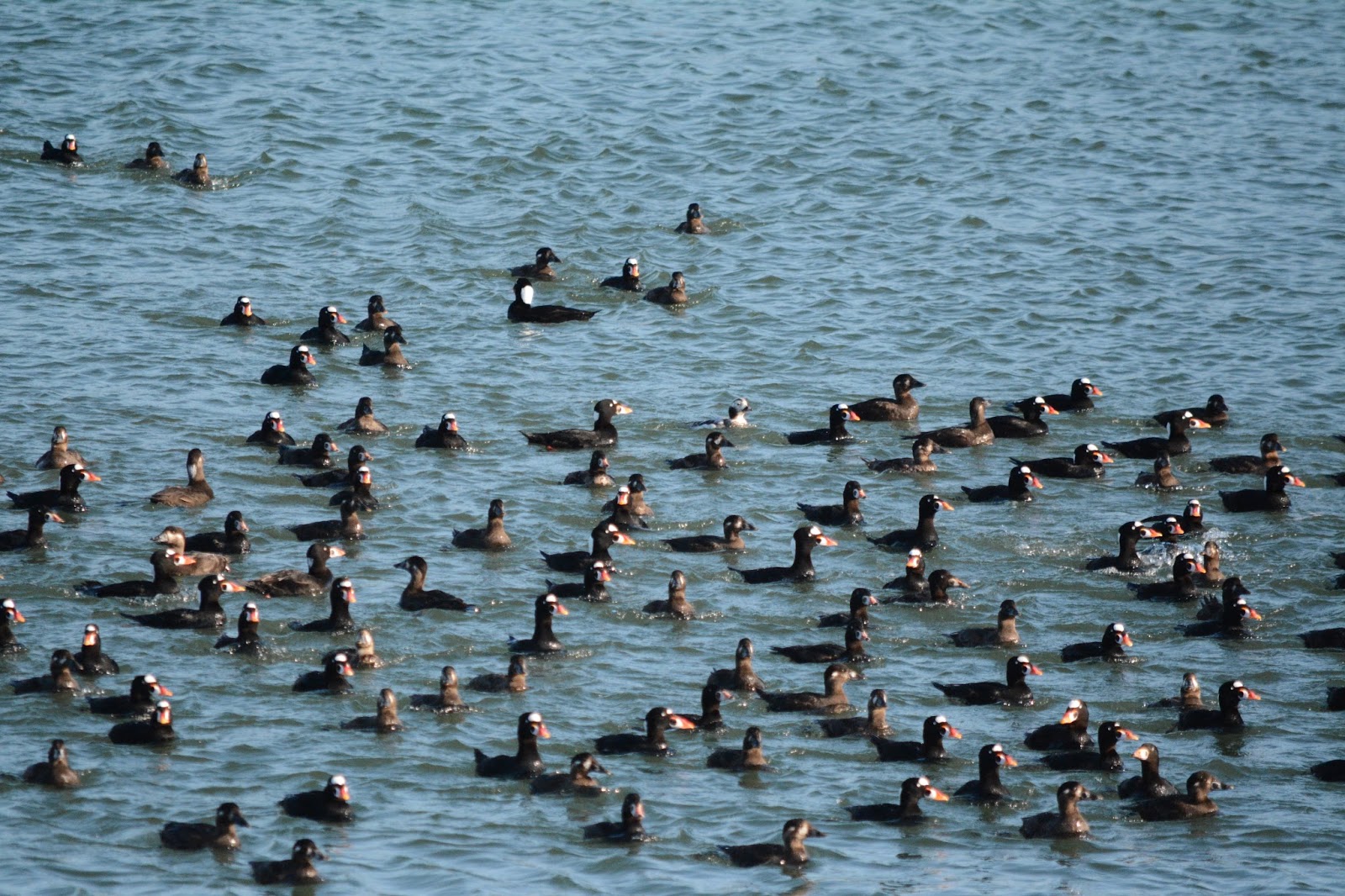 Later in the day all three got together... 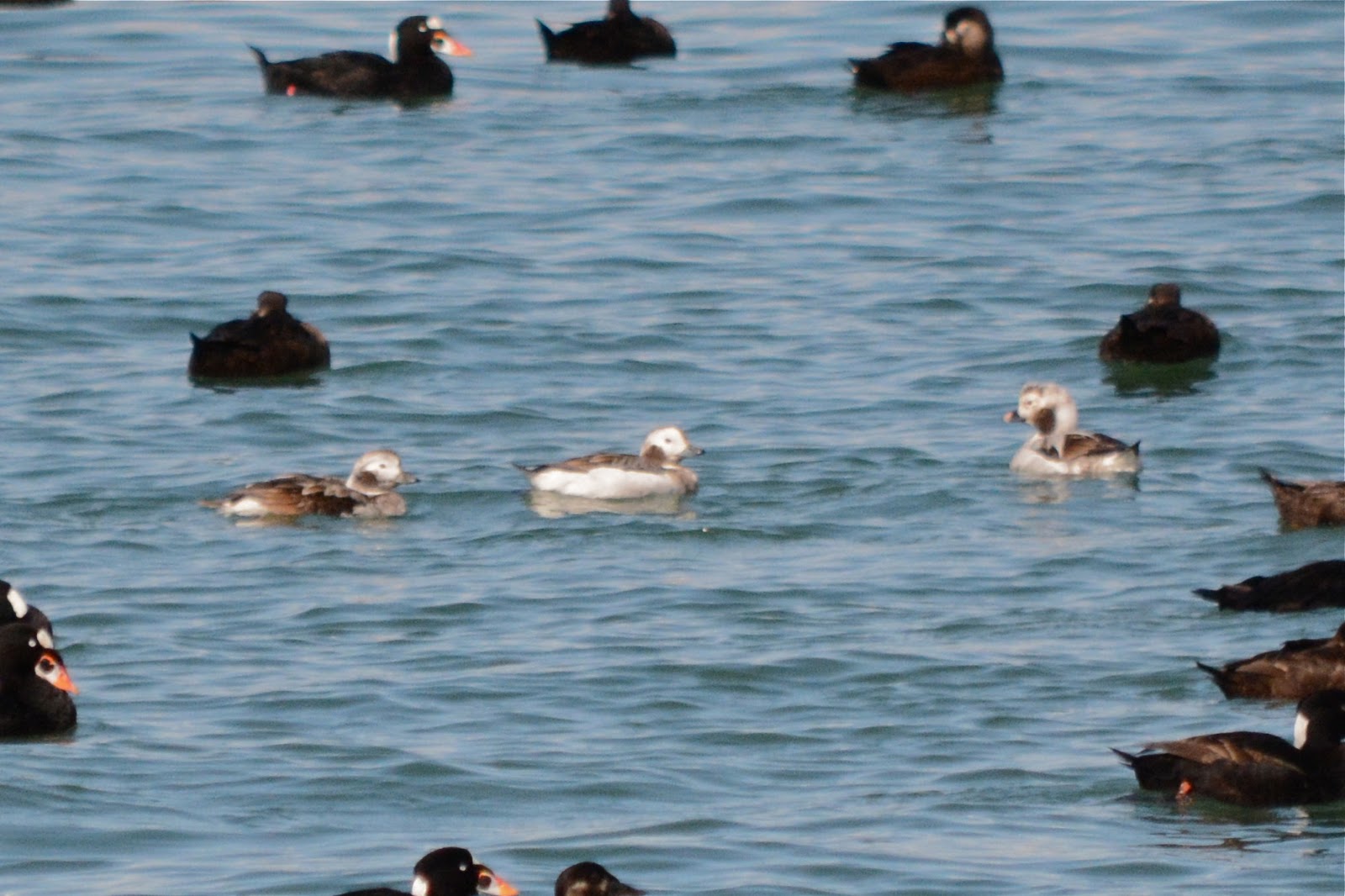 And some of the other birds around... 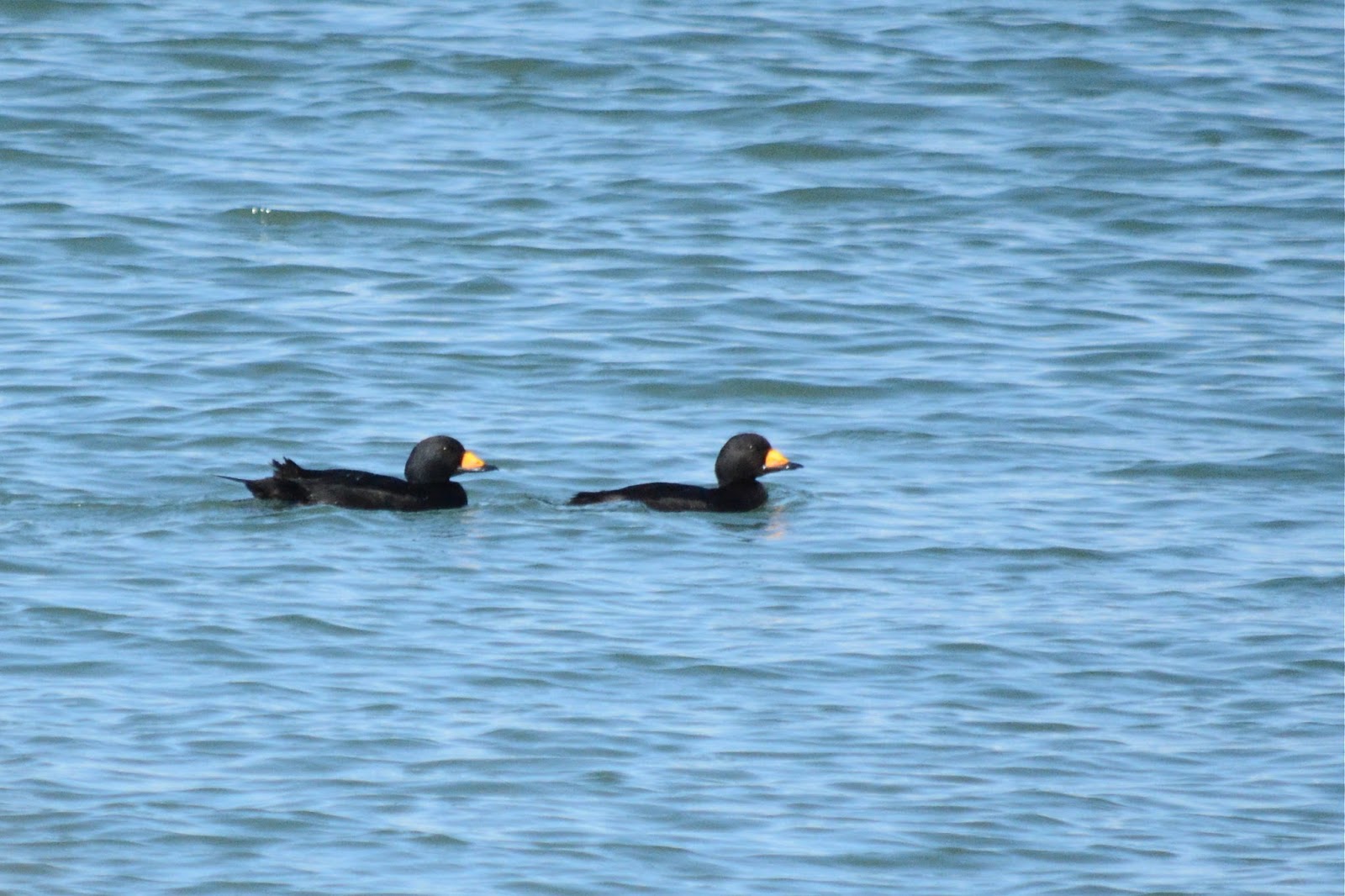 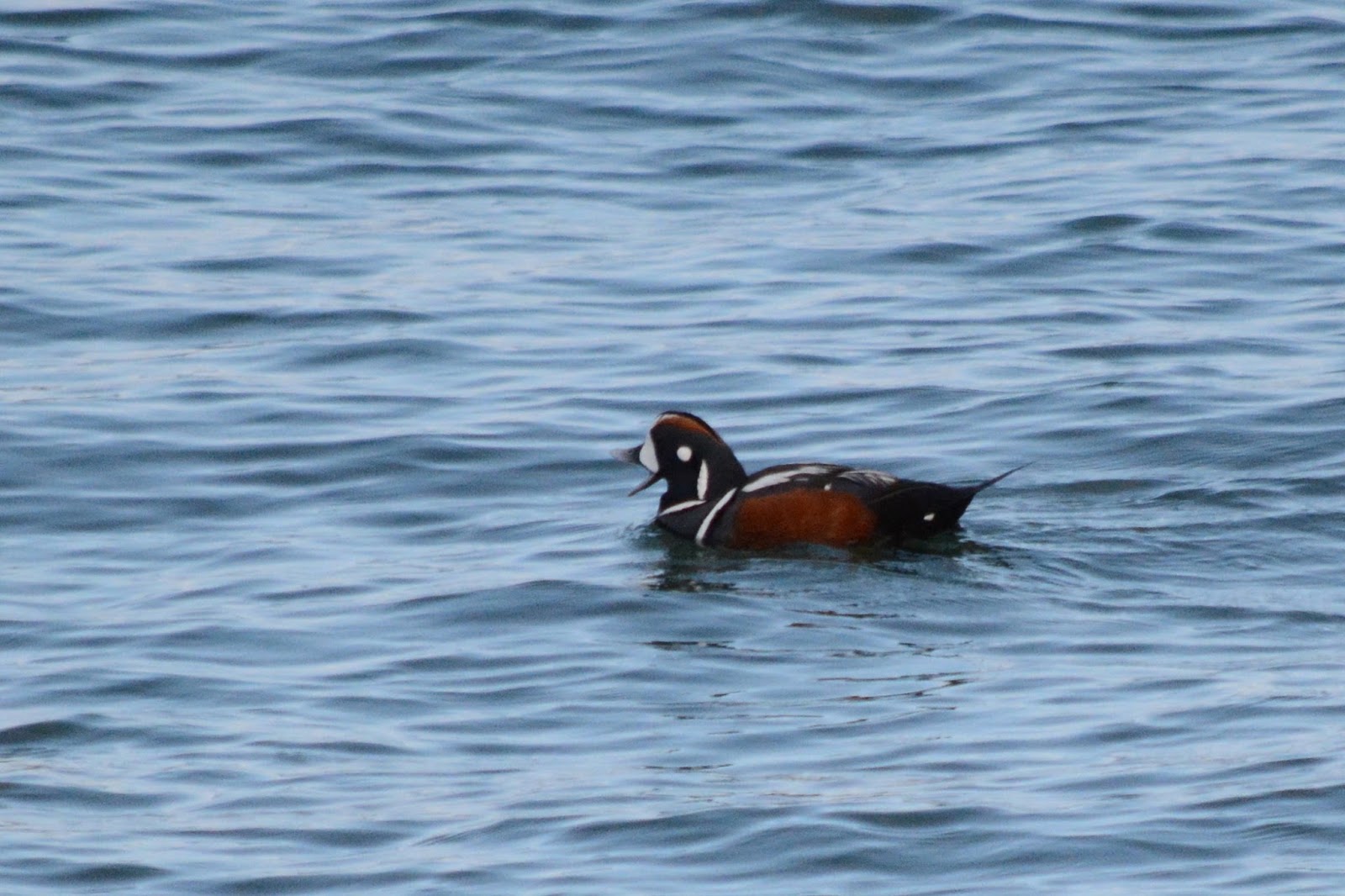 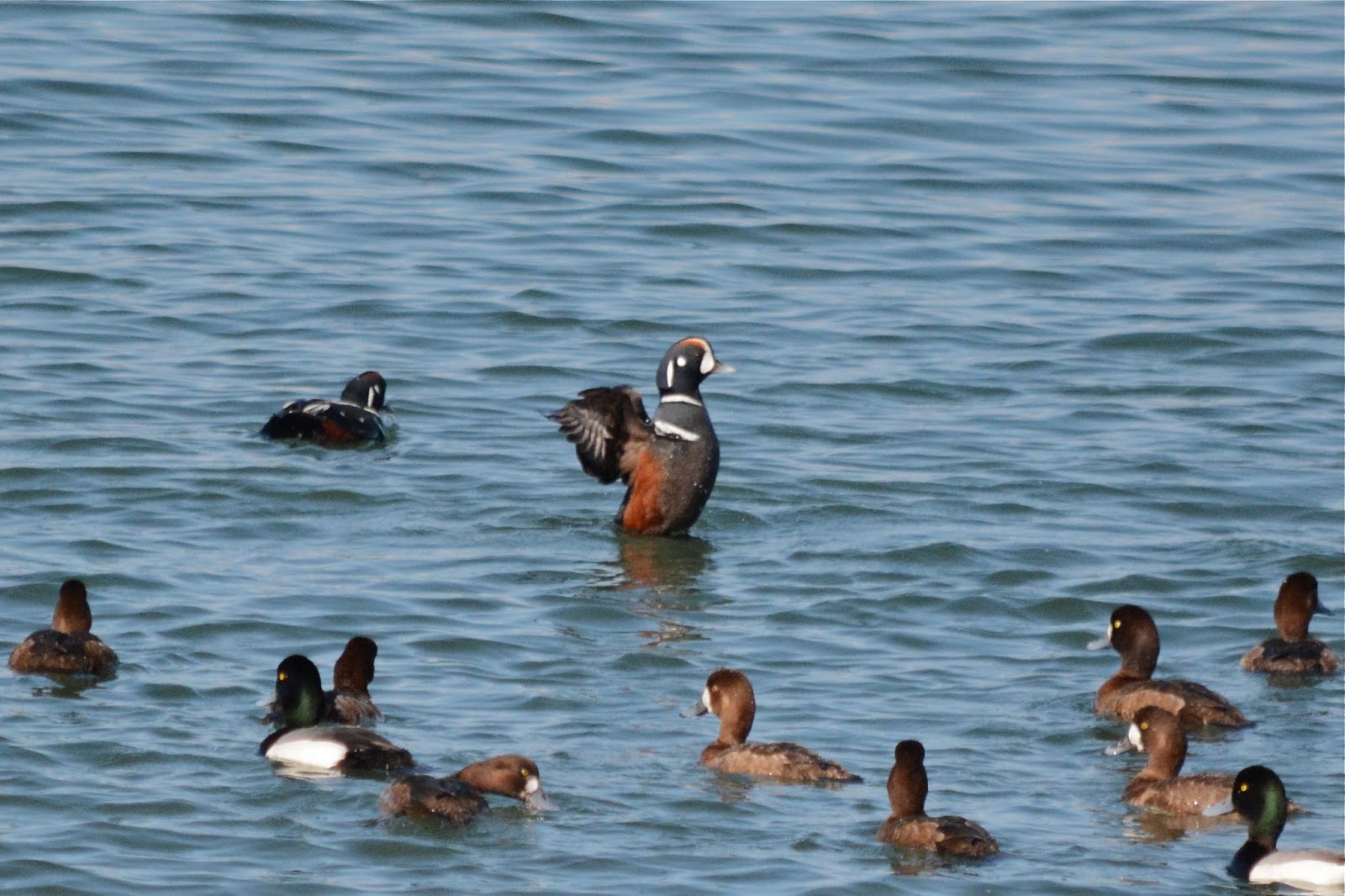 At one point I noticed some crows dive-bombing something over by the road.  I realized it was a raven that was intruding and they eventually chased him out over the river. 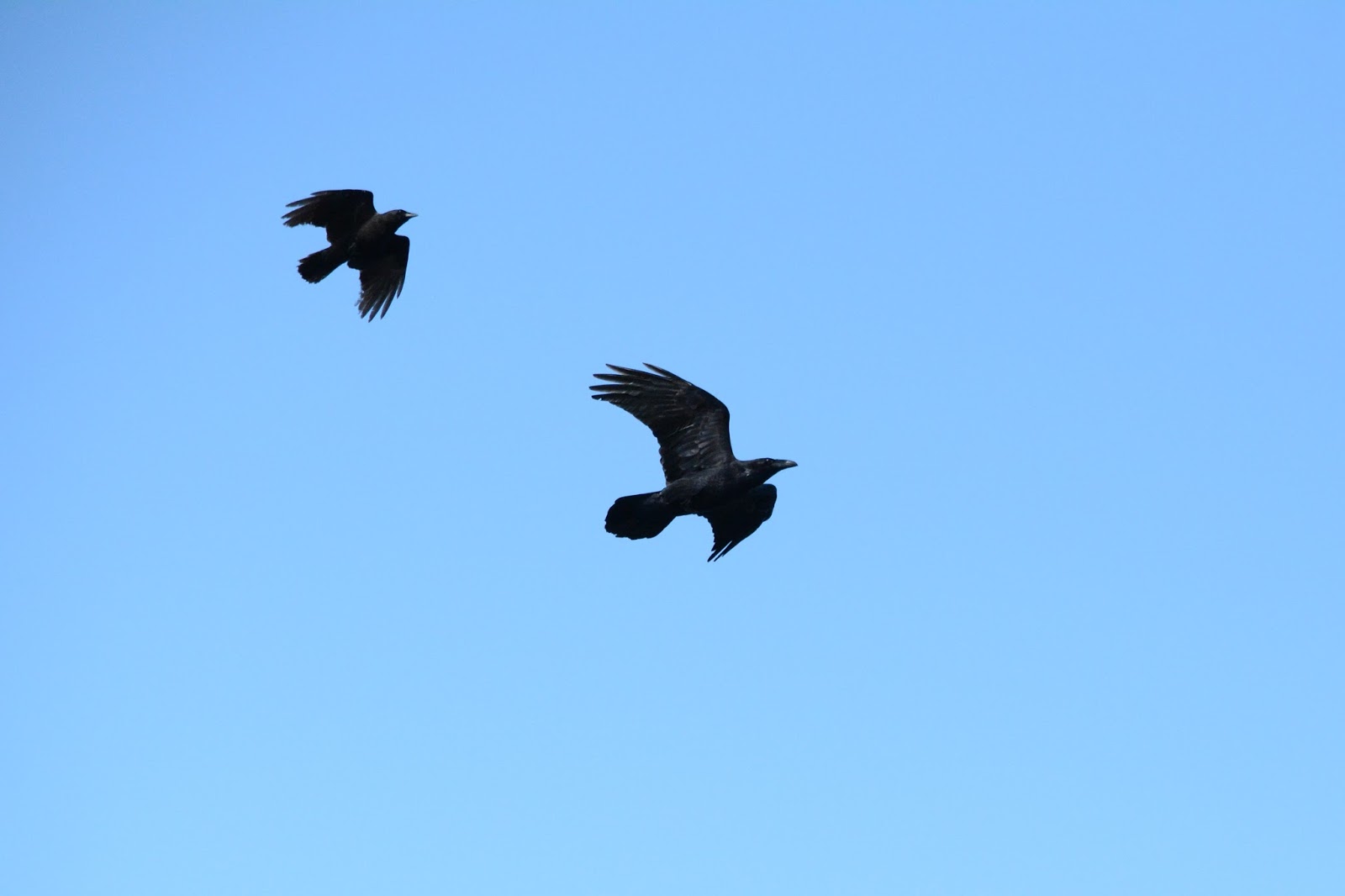 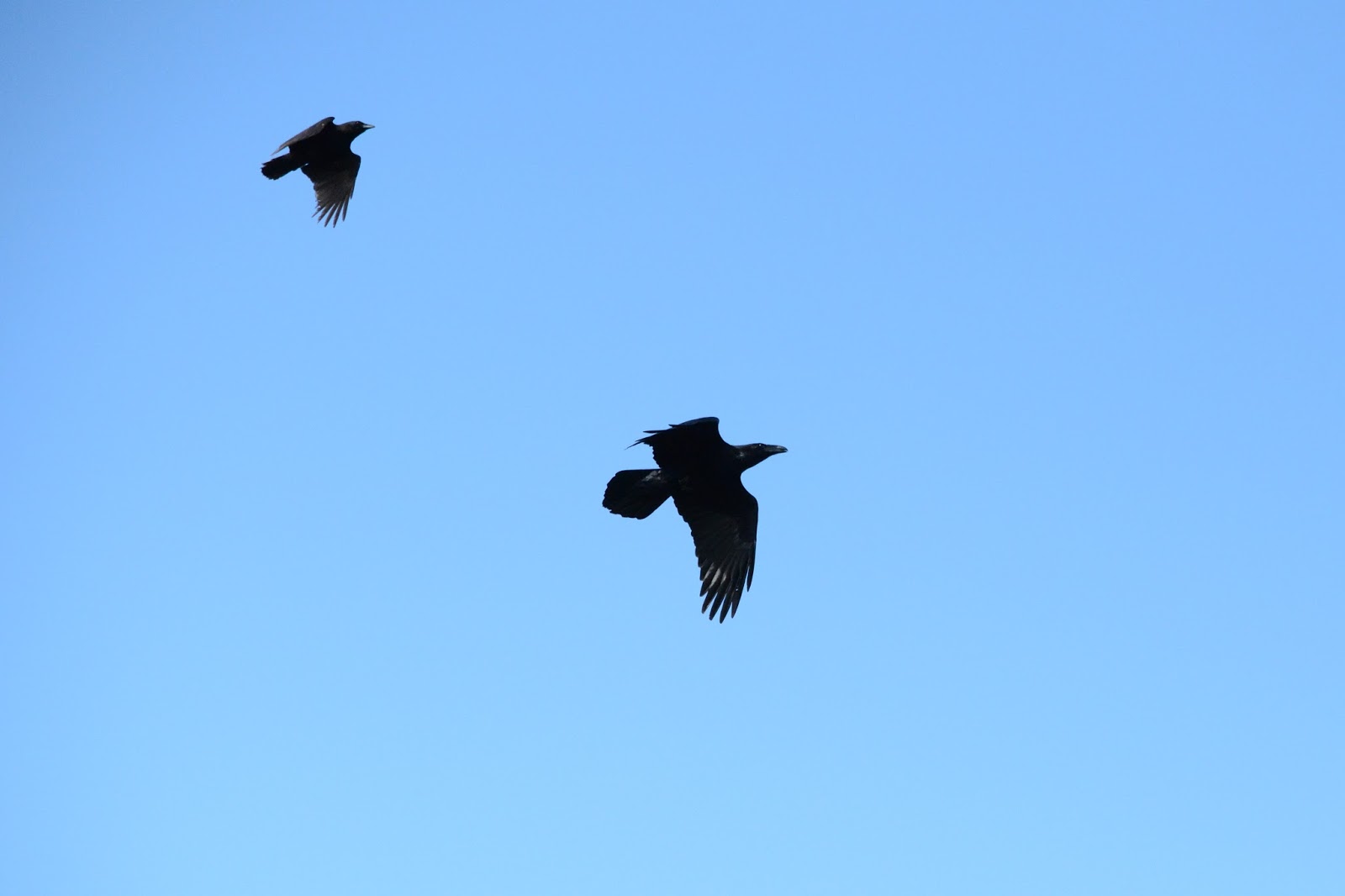 I walked the dogs up the fishing pier while I was there... 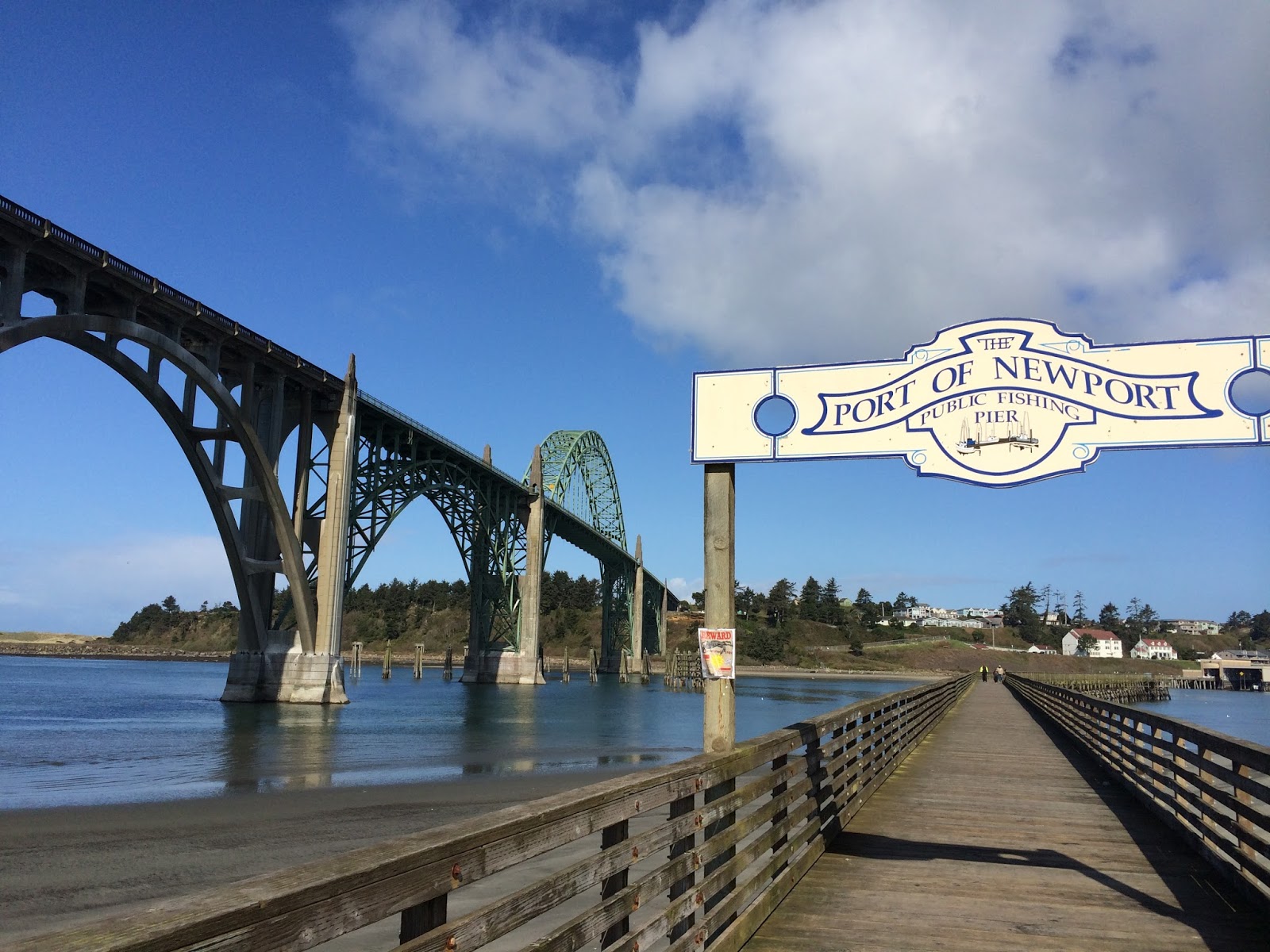 And made a new friend... 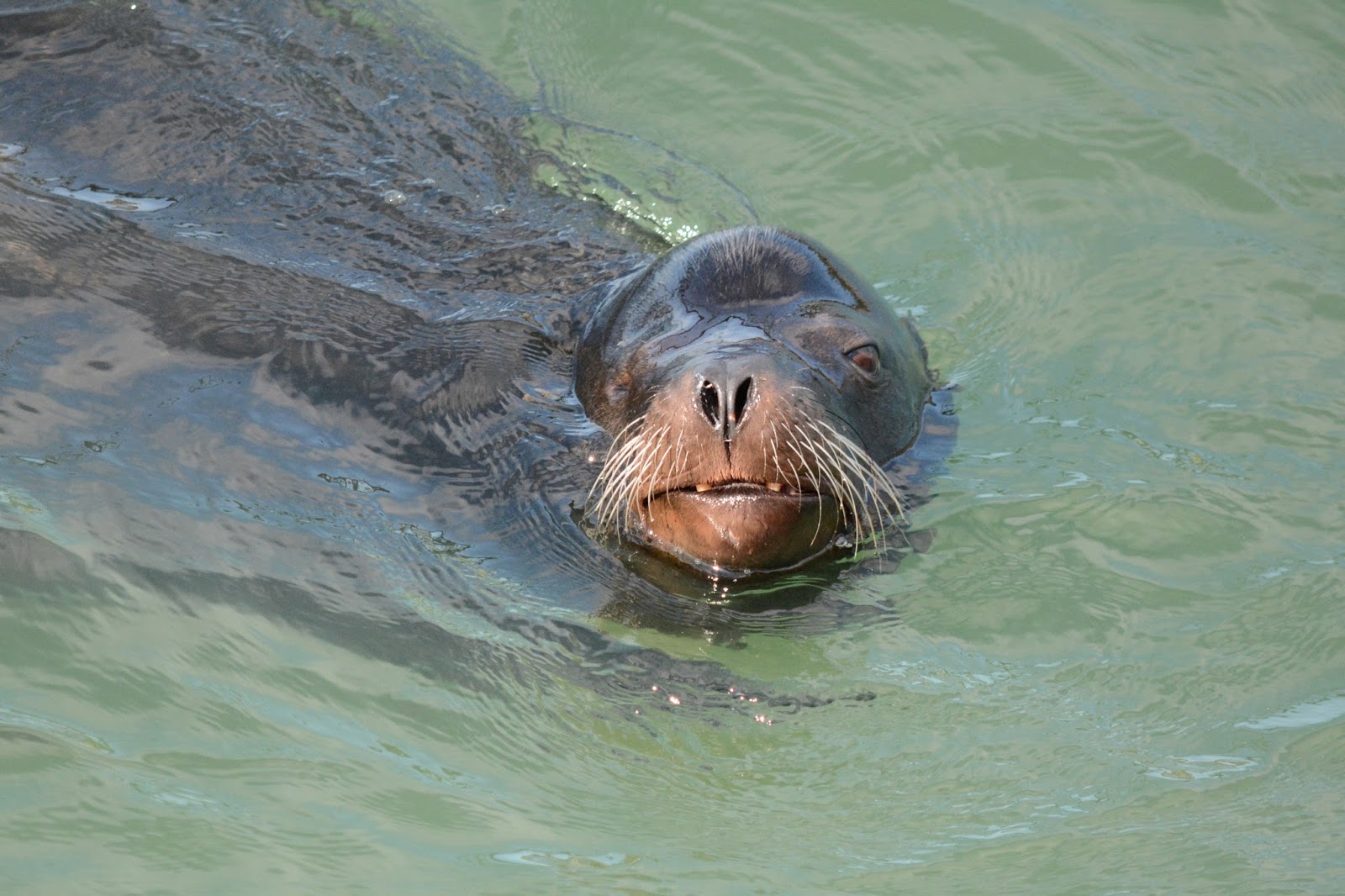 Ralph was fascinated by that guy.  Common Loons were also lurking in every plumage from breeding to winter.  This one was interesting to me- the fairly pale tip to the bill stood out. 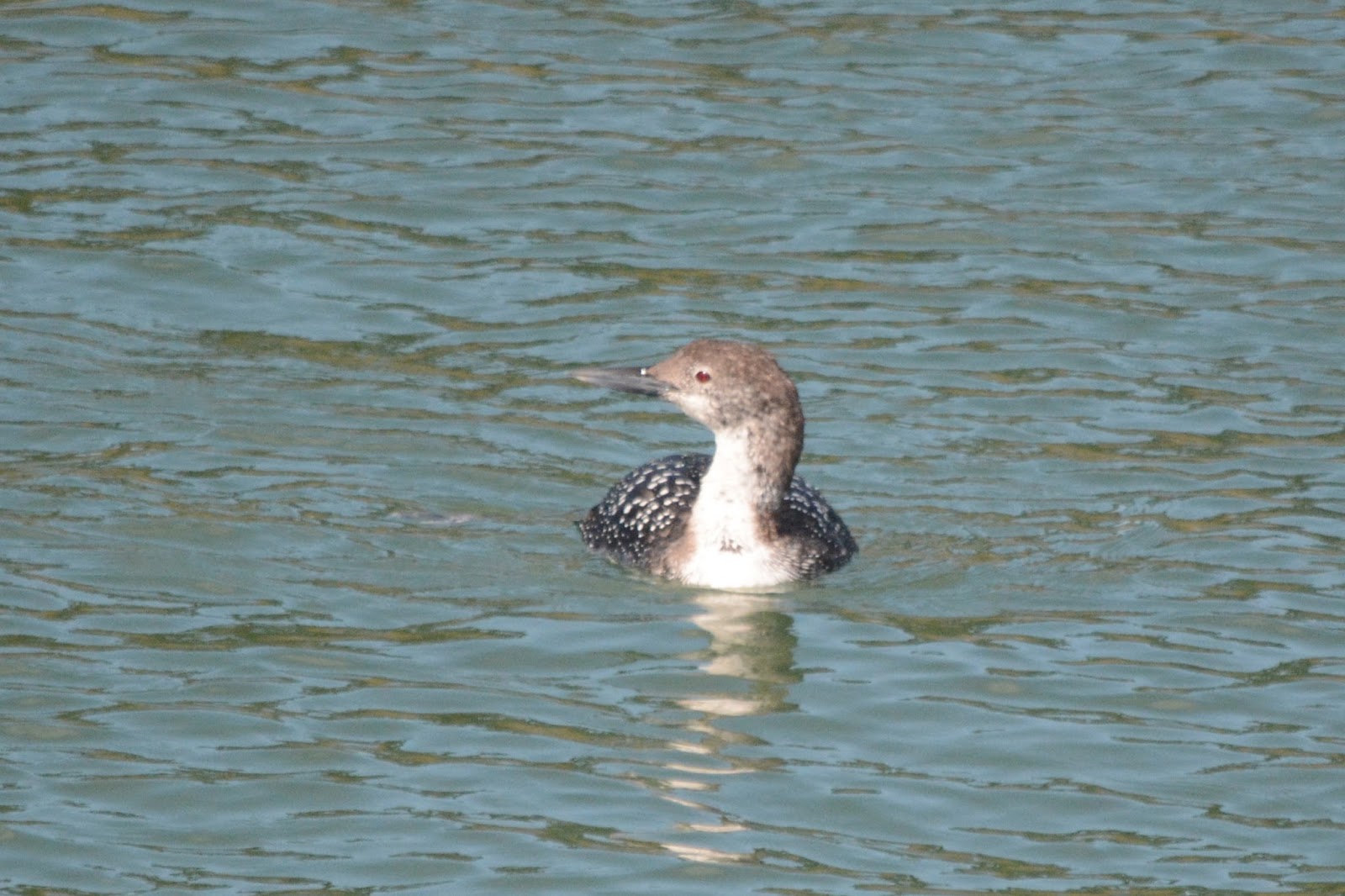 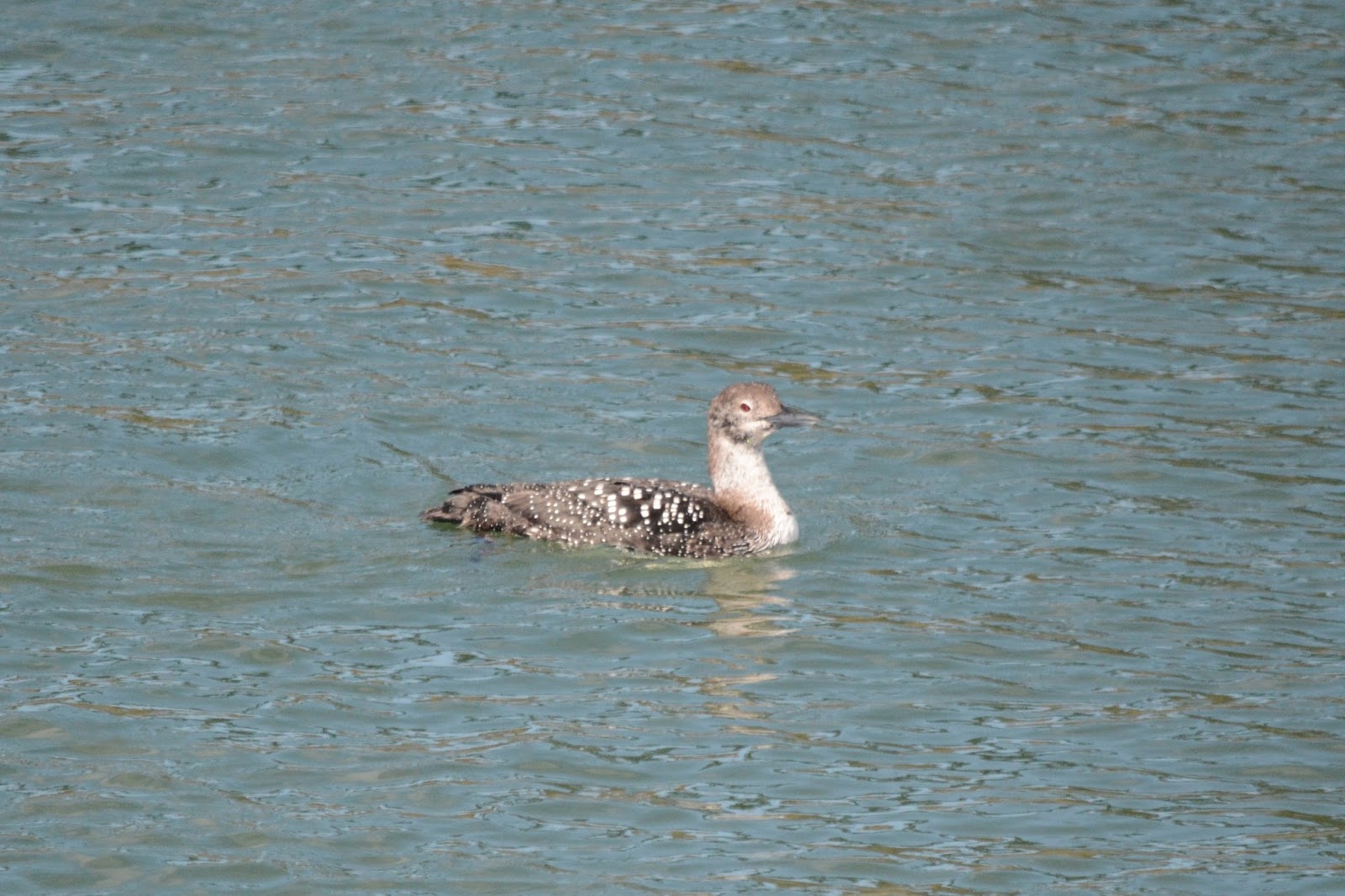 There was some recent discussion on OBOL about a pale Common Loon in Newport, but I can't find a photo of it or where exactly it was seen, so perhaps this is the same bird.  The person initially considered Yellow-billed for that loon but decided ultimately it had to be Common due to various field marks.  Anyway, always nice to see a bird that makes you stop and think.

While I was on the fishing pier I saw a Peregrine Falcon fly from the bridge to the north.  I happened to follow it with my binoculars to see if it landed... and land it did!  Right on the back of another Peregrine.  Not what I was expecting at all! 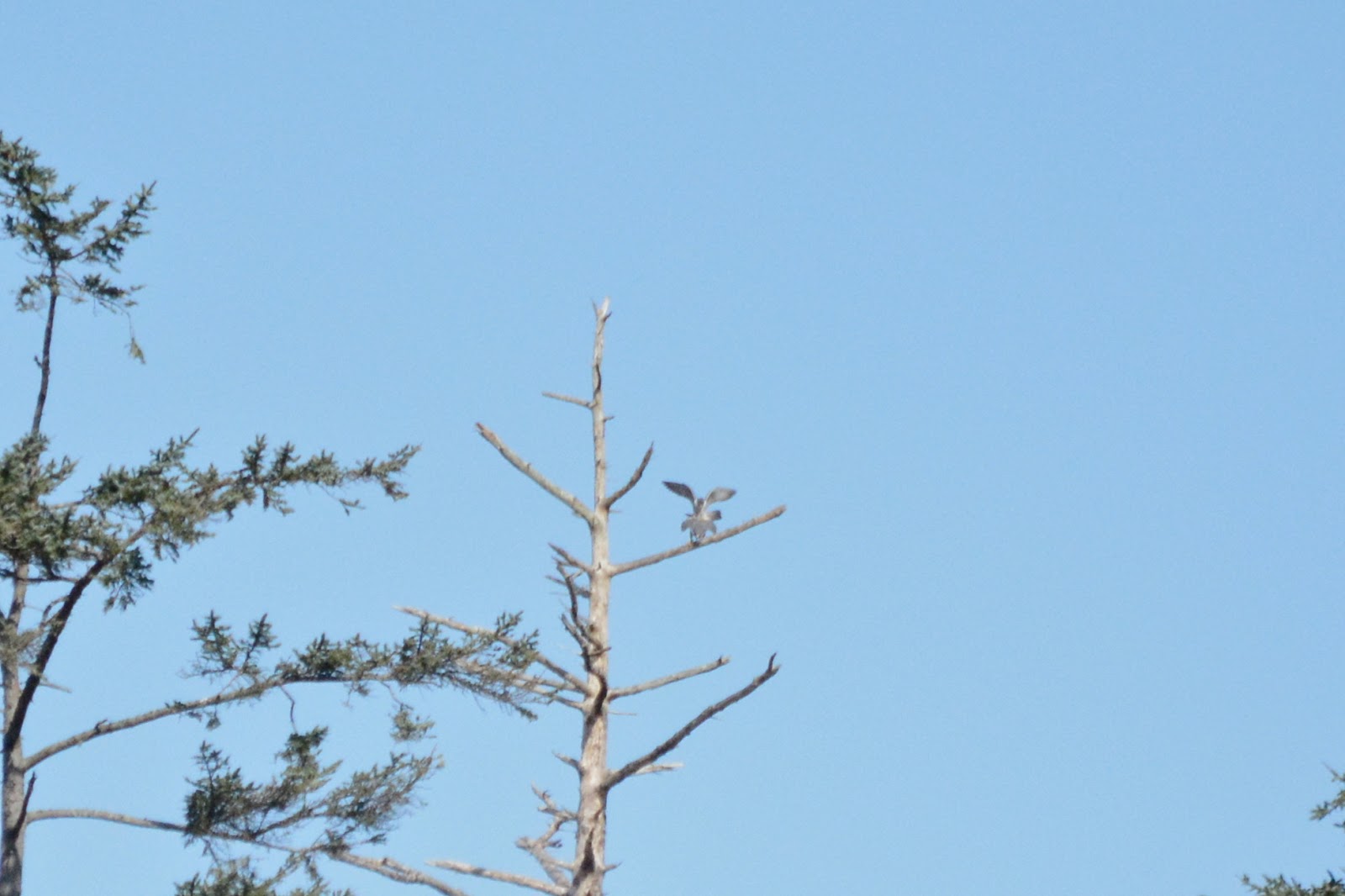 It was way too far away for decent shots or even to be sure that they were in fact doing the nasty.  But I hope they were!

Overall a pretty good trip to Newport, despite not seeing the King Eider. 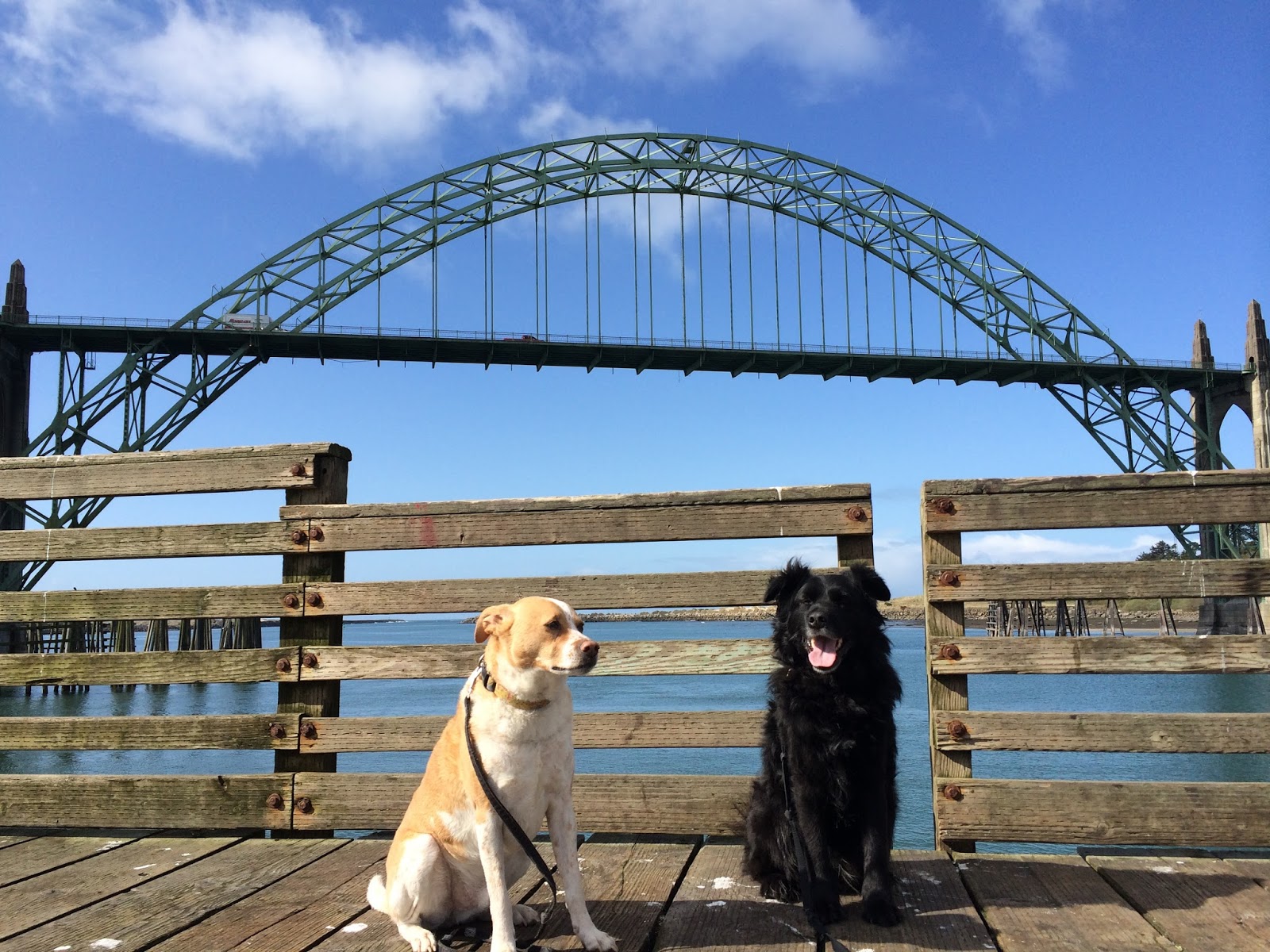 On the way home I stopped along Highway 18 to poke a dead Barn Owl... 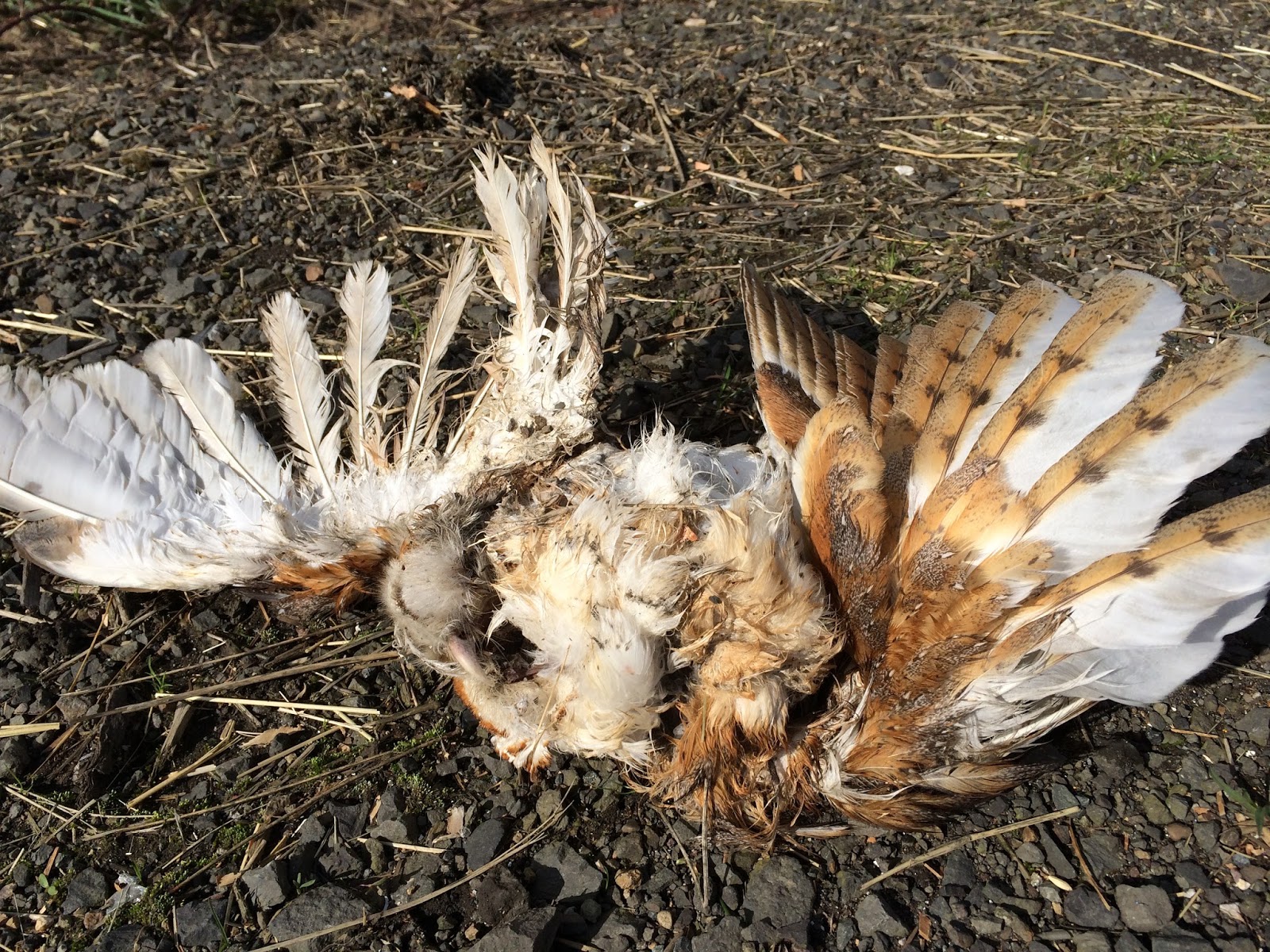