on May 12, 2014
Ever since my first real attempt at birding Skamania County in February I had been looking forward to returning in the spring.  With a Brown Pelican being reported from the Bonneville Dam I figured yesterday would be the perfect time to head out there.


Our first stop was the Mount Pleasant Cemetery where the birds were rather unexciting but the flowers were lovely.

There were some interesting growths on the leaves of a couple shrubs- any idea what they are? 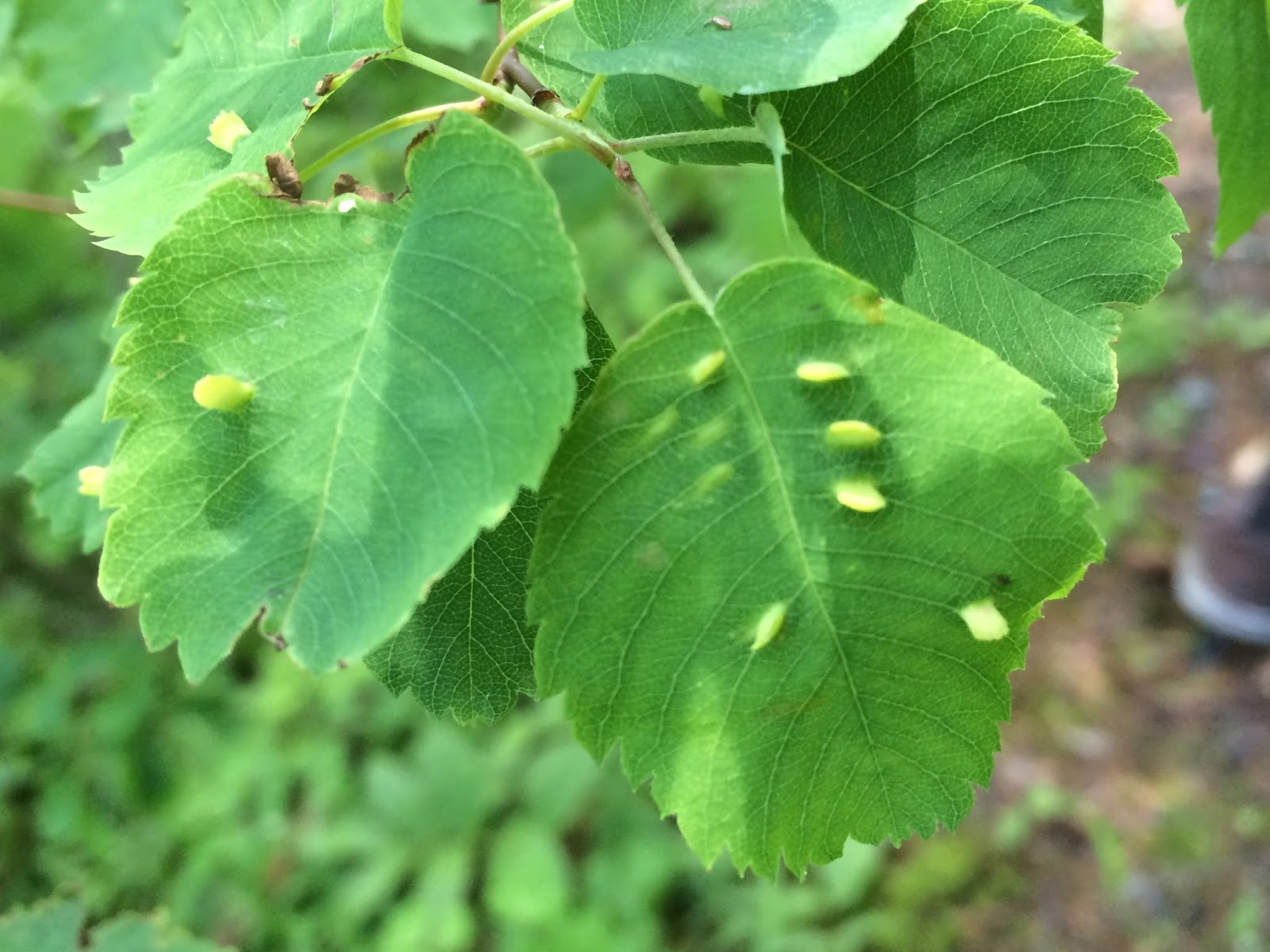 Our second stop was the old stone house hidden just off of Highway 14 at milepost 31.9. 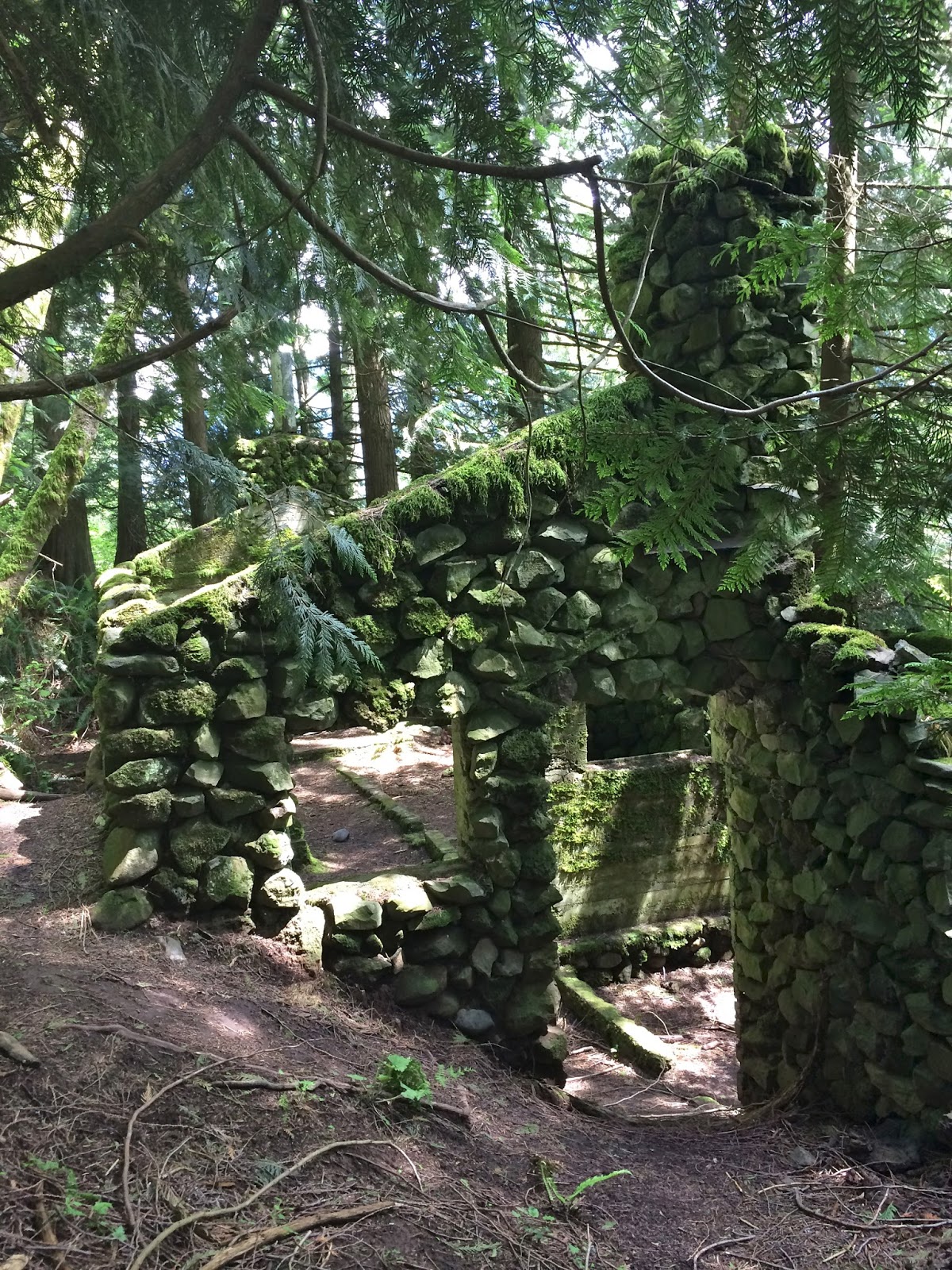 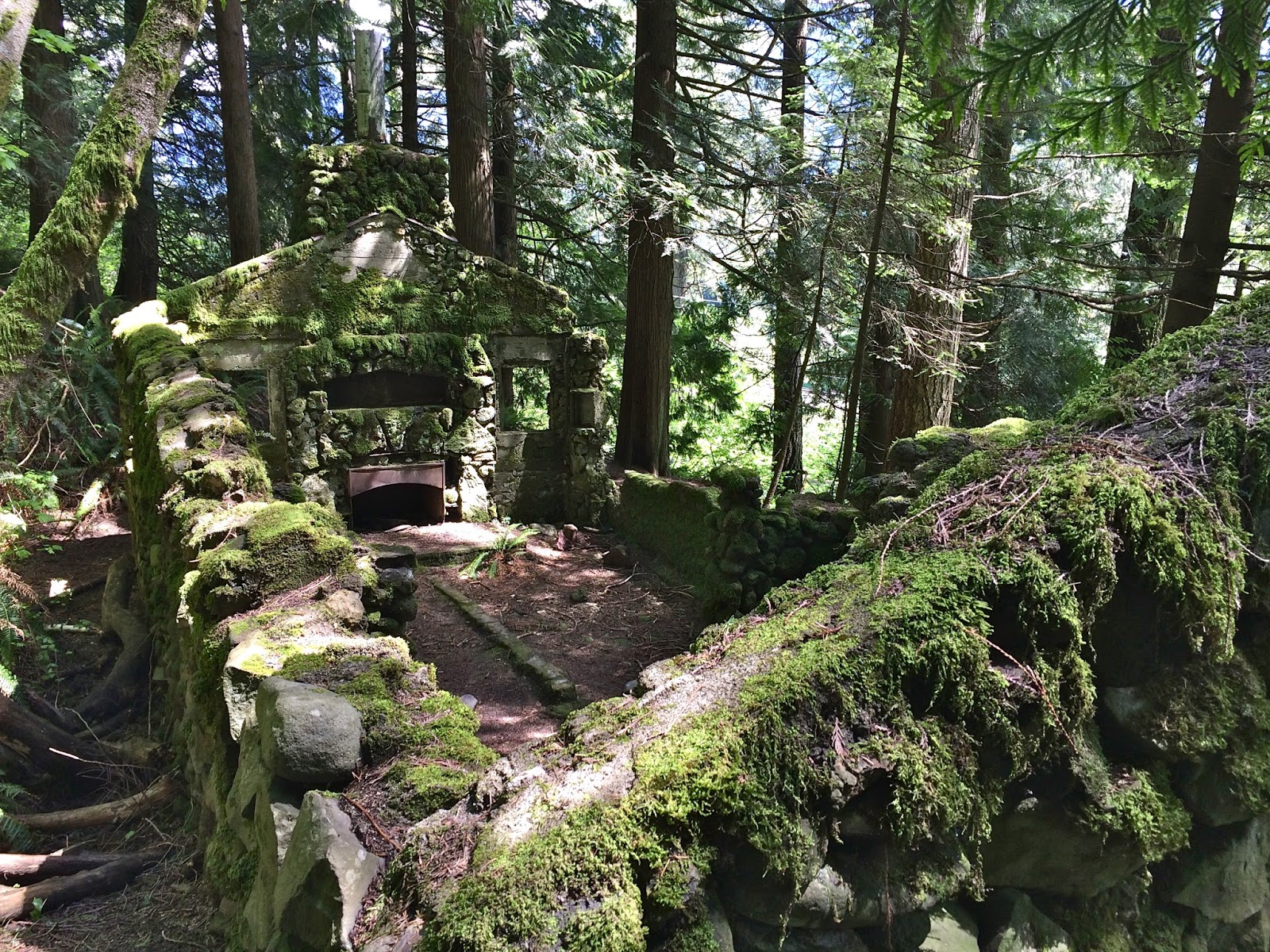 So cool.  Singing Wilson's Warblers made it even better.  After that we headed to the Bonneville Dam. 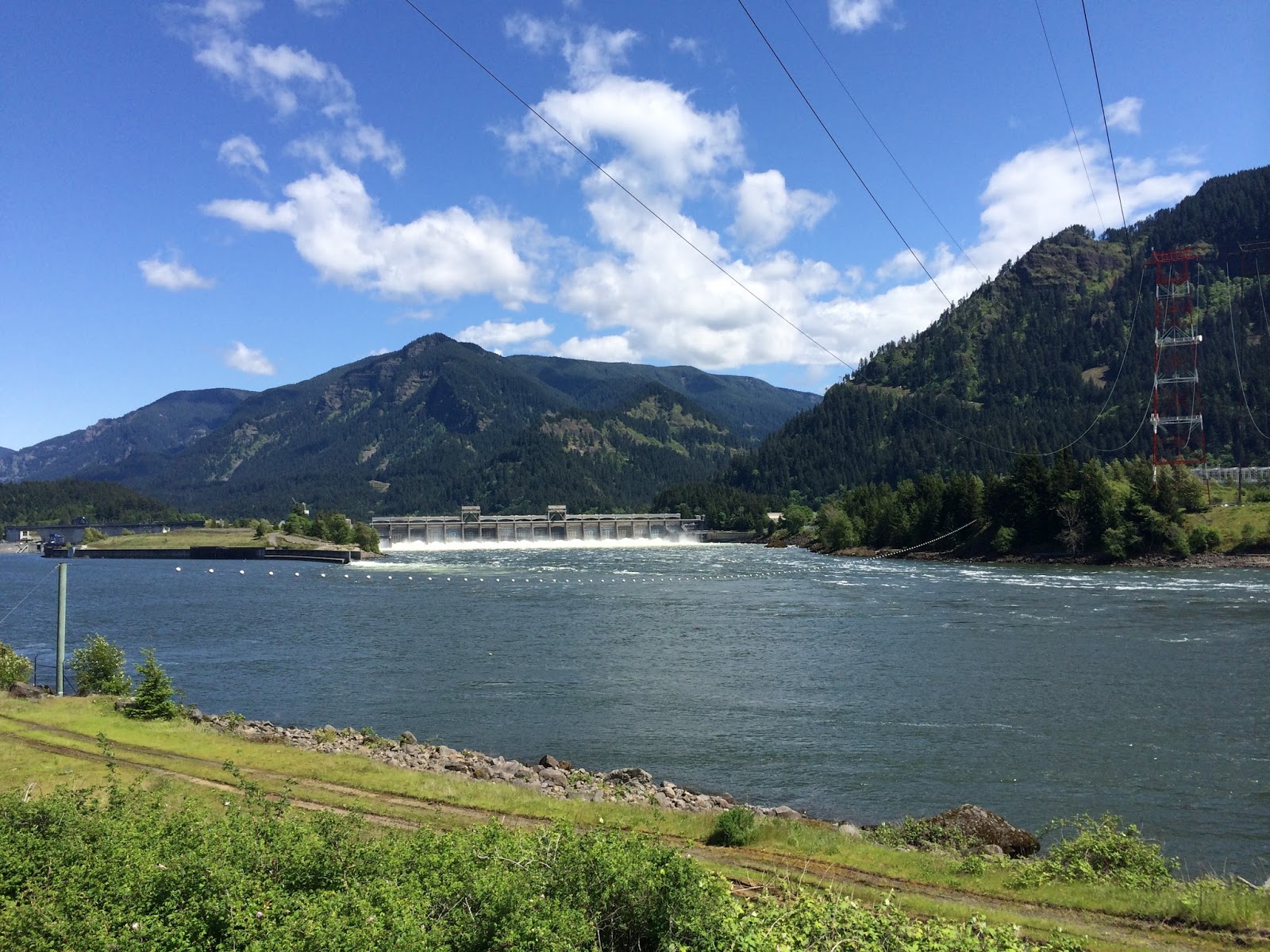 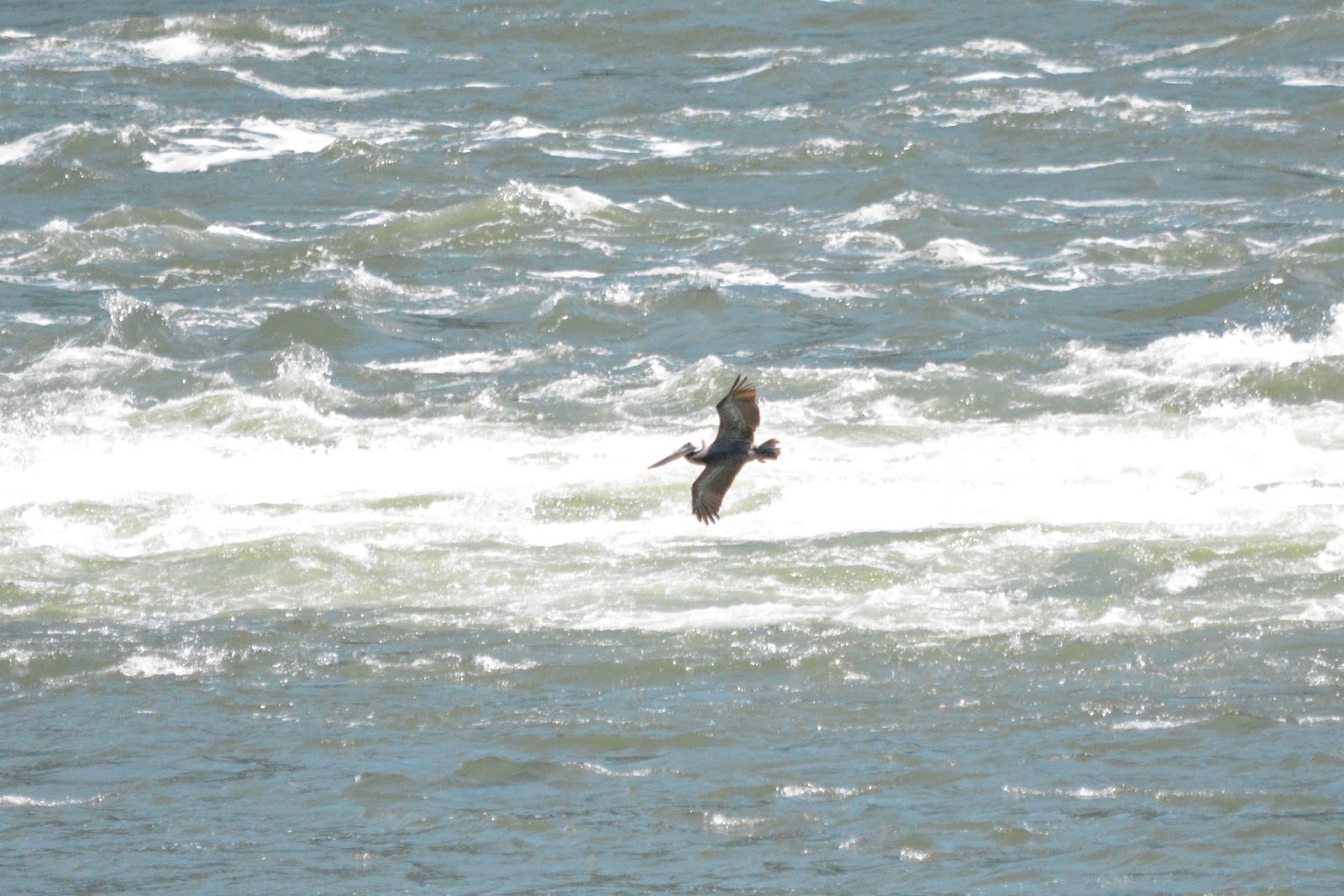 It came to rest eventually with the gulls on one of the walls, but not before flying back and forth across the state line.  This means it was actually a new Multnomah County bird for me!  Pretty awesome.

Next we drove over to Greenleaf Slough just north of the dam area, where we didn't find too many birds, but these little butterflies were congregating in one area... 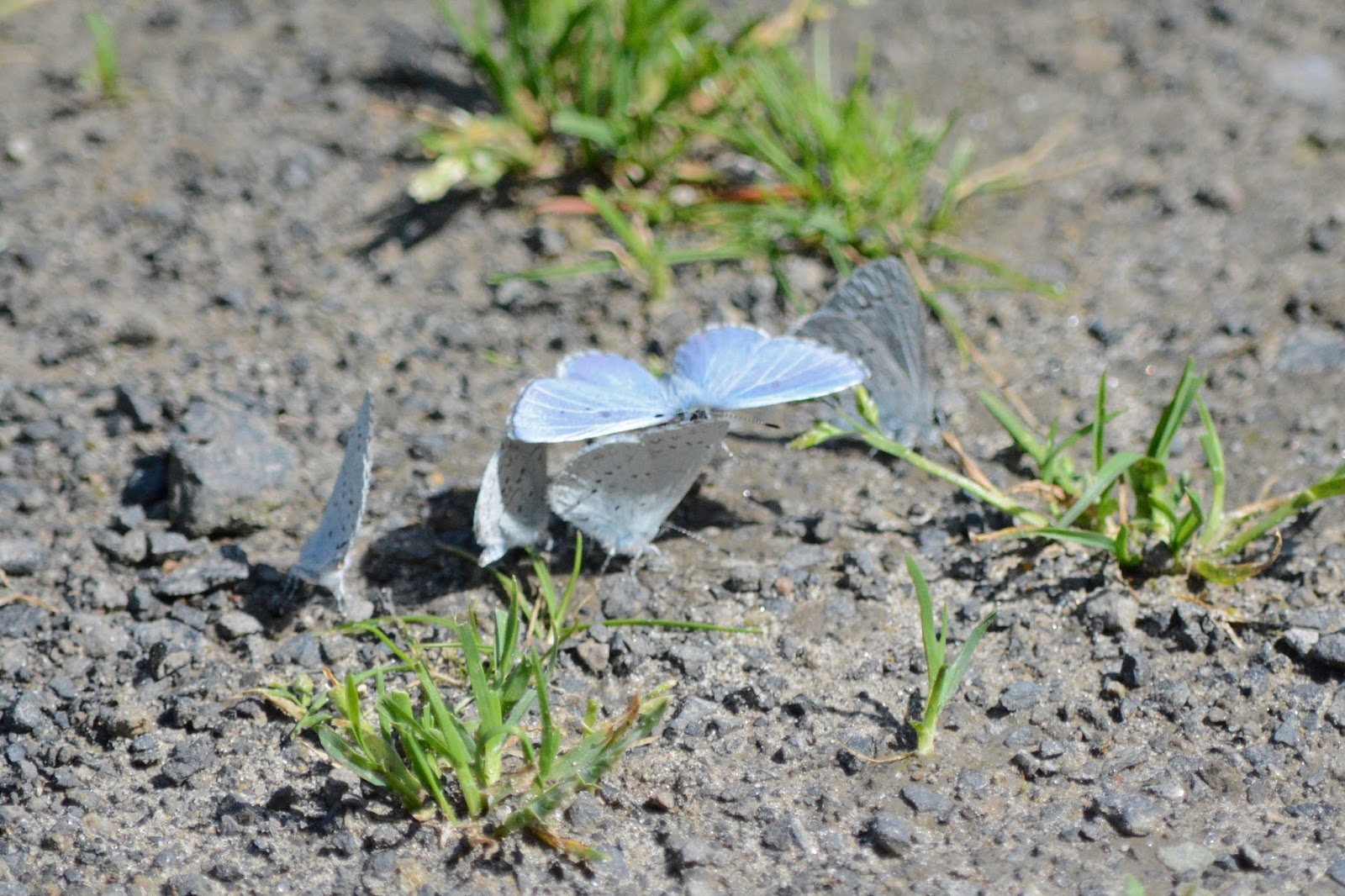 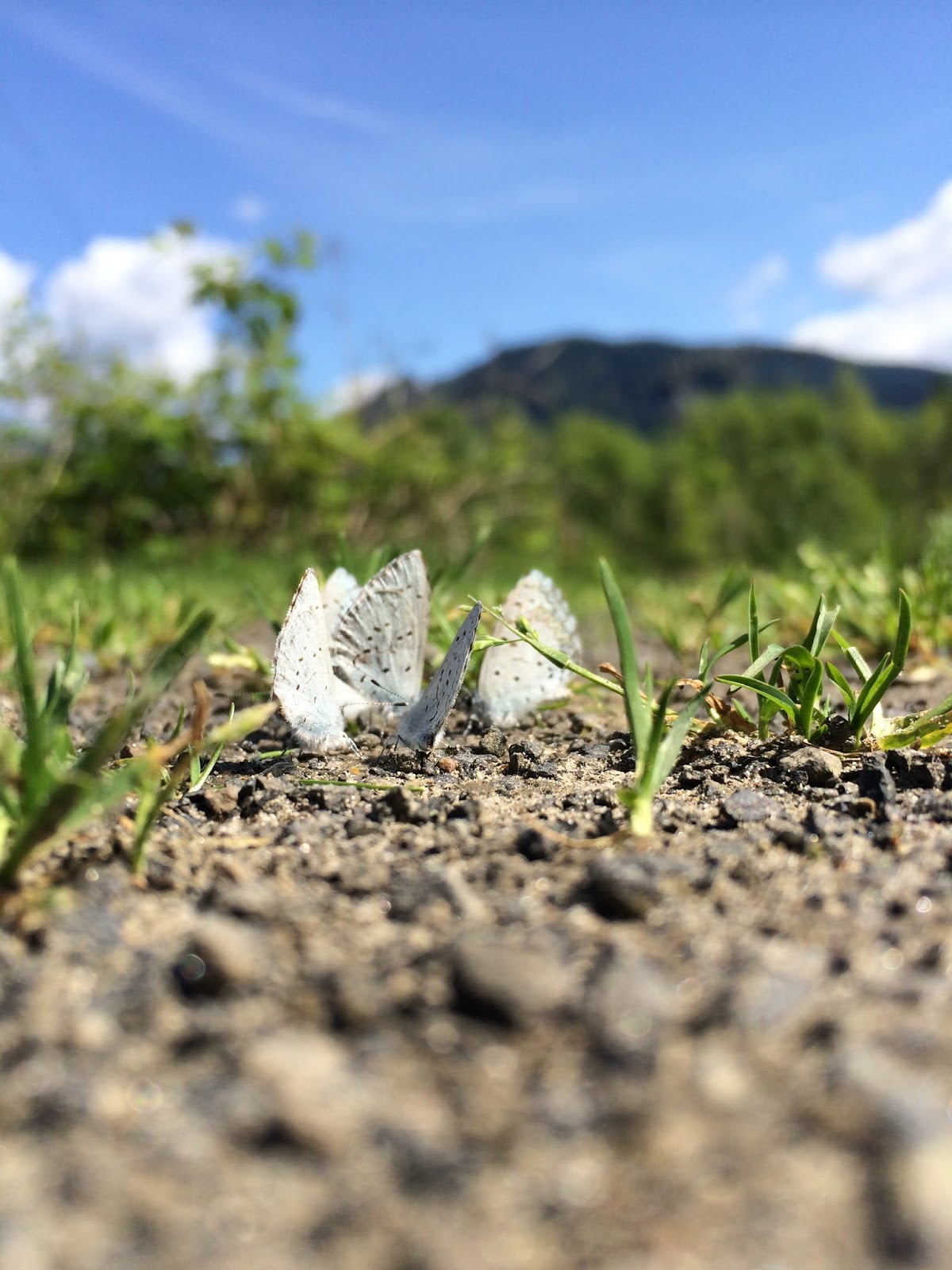 As we were driving back to 14 we noticed the gravelly Kidney Lake Road.  It looked interesting so we drove up to check it out...

Turns out Kidney Lake is popular fishing and camping area.  We wanted to keep going past the lake but the road turned from gravel to big rocks and we retreated.  But there were a couple other spots off the road that were fun to explore... 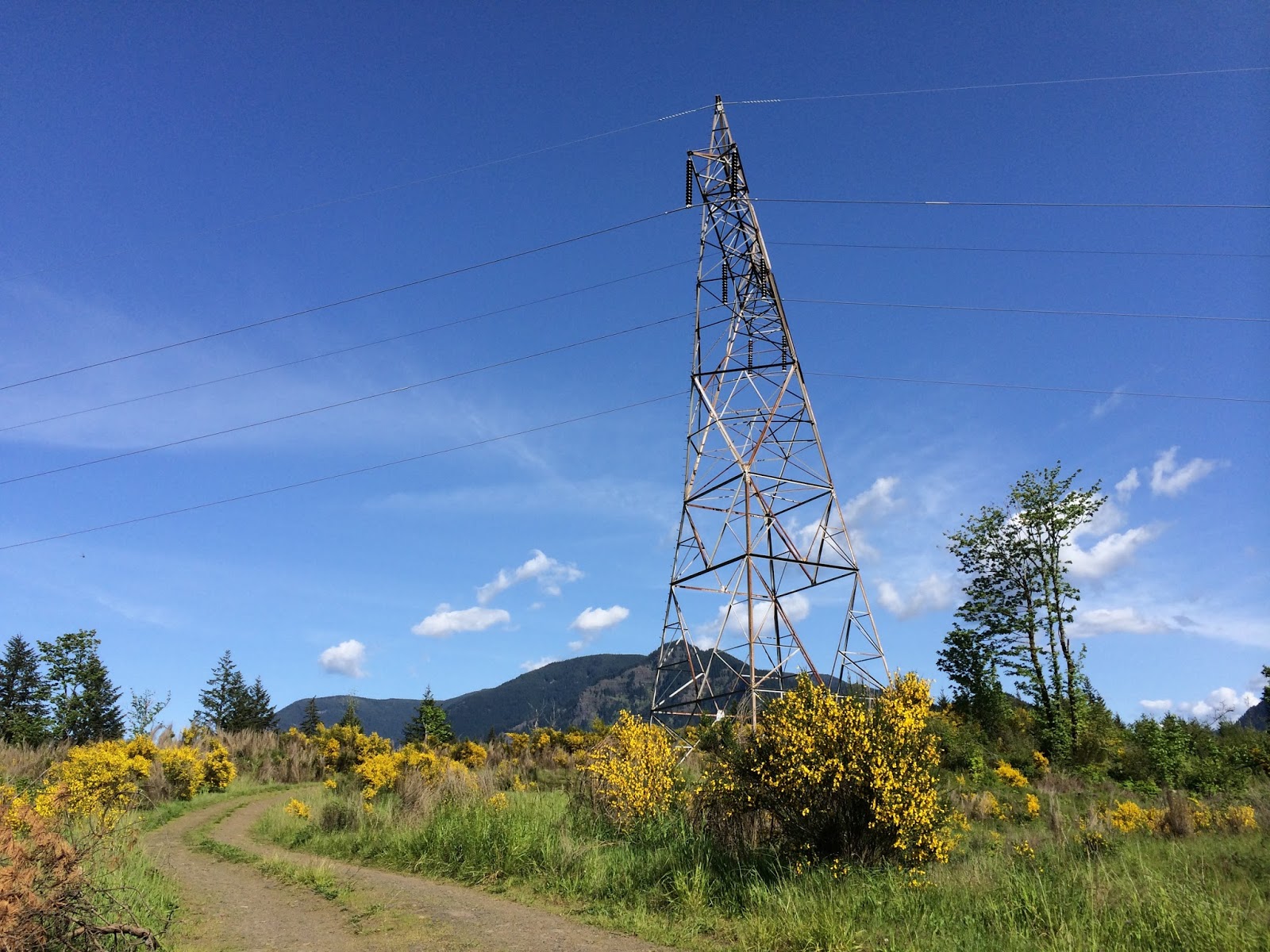 Ravens were the busiest birds along the road, between working on their nest-making, chasing off vultures, and yelling at us. 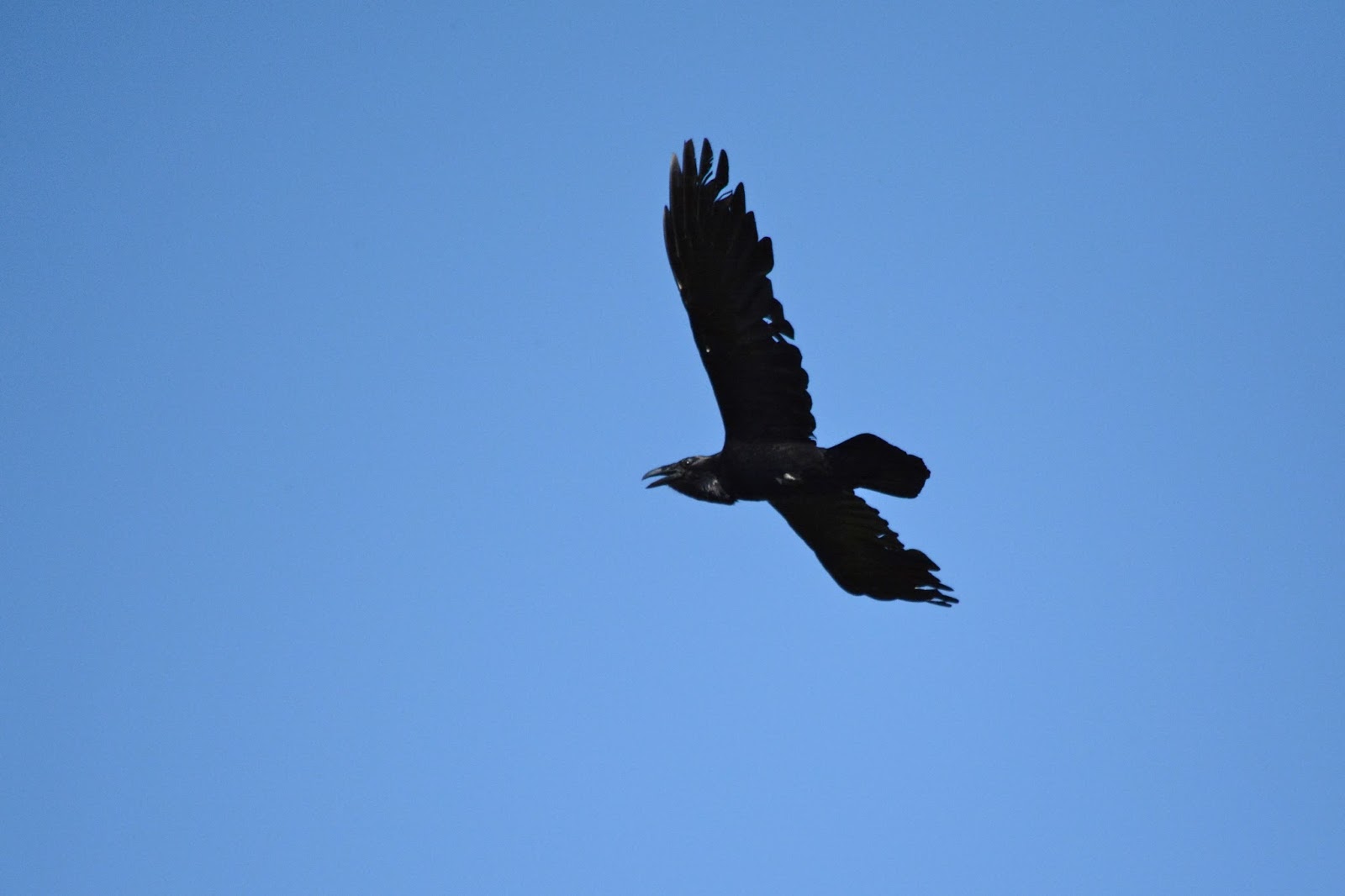 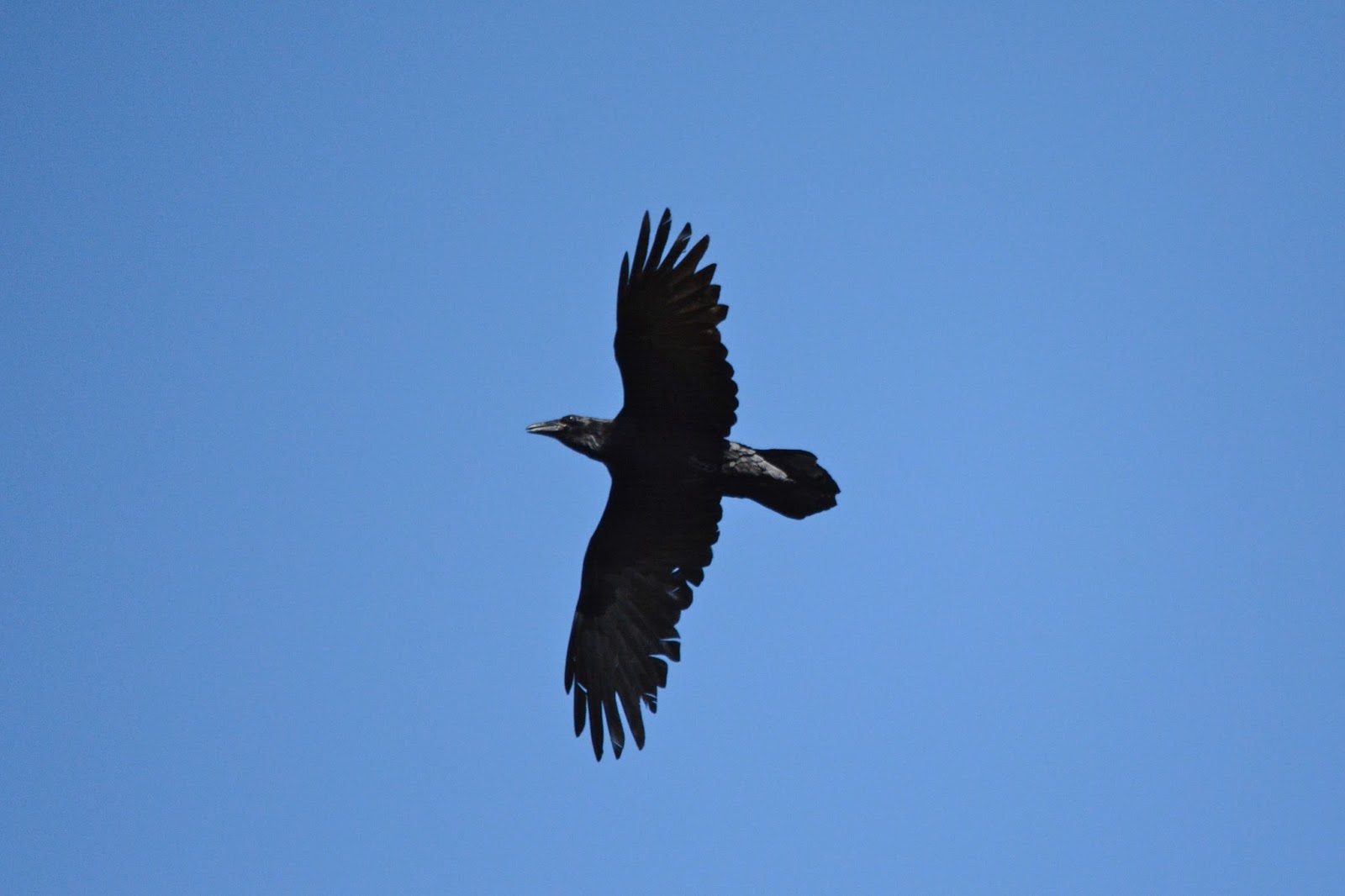 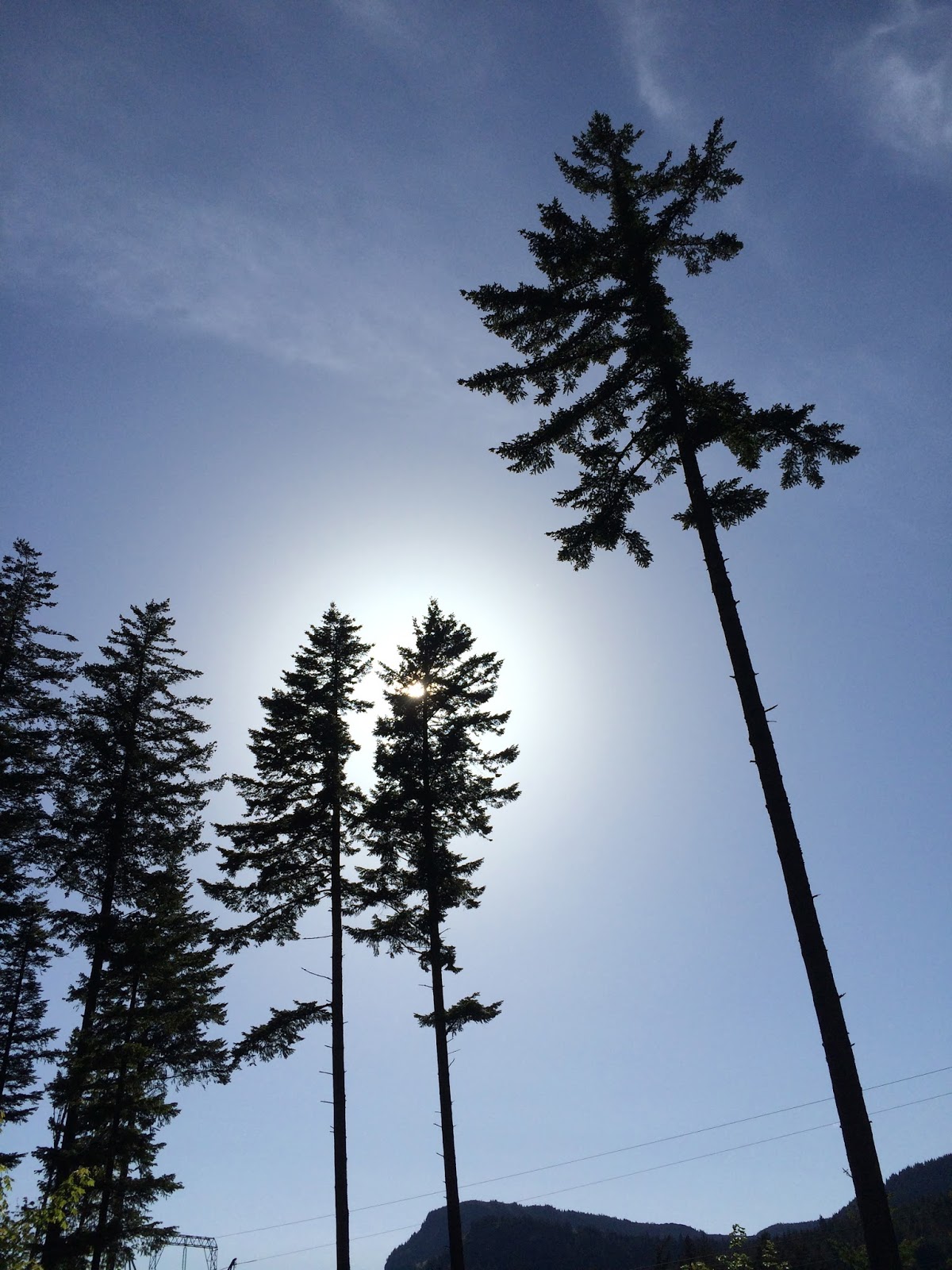 Our last area of exploration was along Kueffler Road which begins near Beacon Rock State Park.  When I had looked at the map earlier it had appeared to me that the road went straight up to some other interesting places, but we learned quickly that after a few miles there is a gap in the road.  So we stopped and explored the area under the row of powerlines. 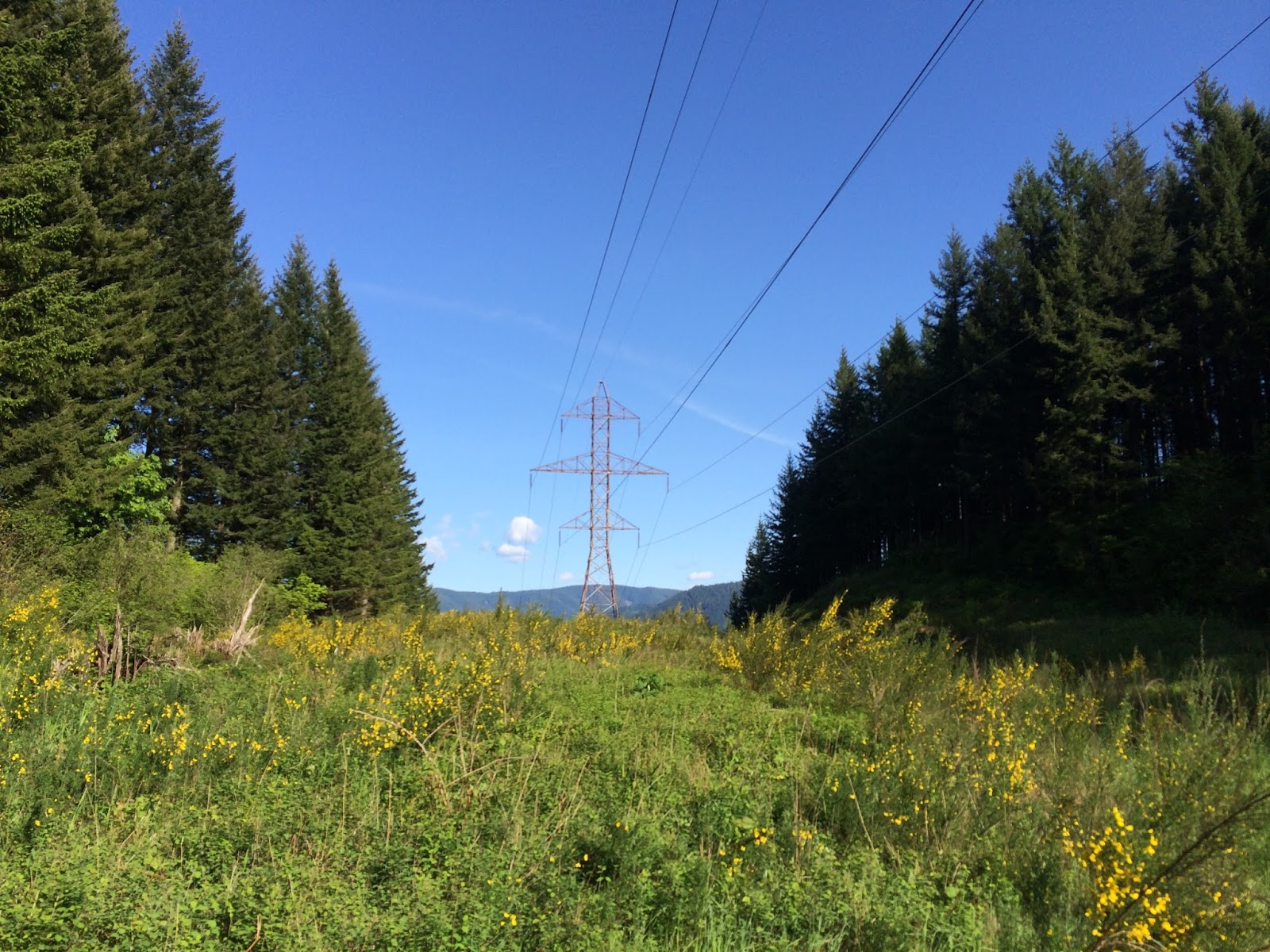 Steller's Jays came out of the trees to see what we were up to... 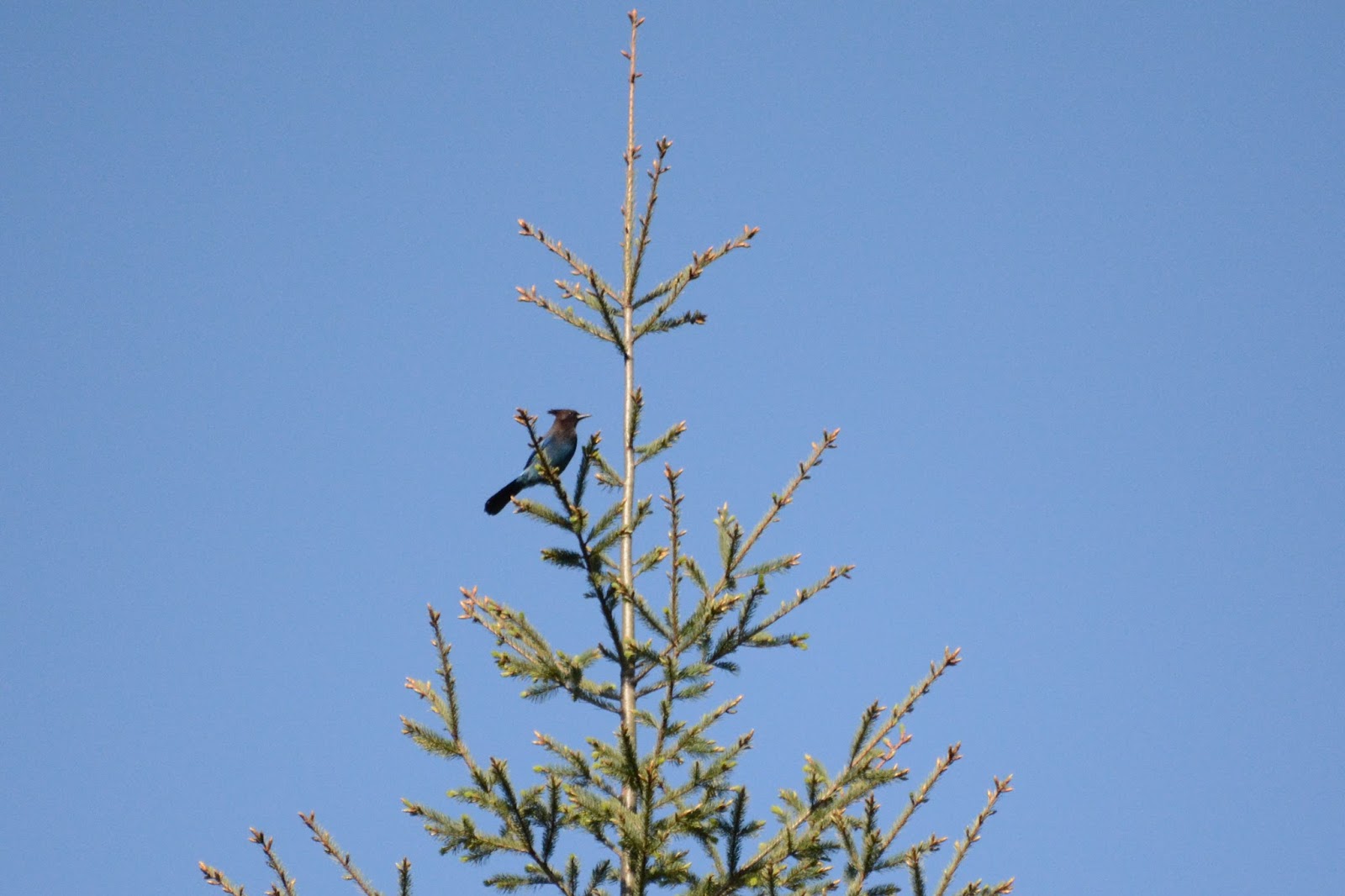 We could hear birds moving around in the tall grass and shrubs and eventually a couple showed themselves...

A great afternoon in Skamania County!  Looking at eBird tells me that this county is definitely under-eBirded, if not under-birded in general.  I highly recommend going exploring there!  Do it!  But watch out for poison oak and ticks!  Nothing makes a friend happier than bringing him to a poison oak covered area when he is already covered in poison oak (from the last time you dragged him out).  Good times!!