Back to Quail Land.

on August 08, 2014
Wednesday morning I decided to try for Mountain Quail again in the Tillamook State Forest.  I avoided the pitfalls of Monday (looking at google maps, forgetting to get gas) and arrived bright and early to the quail spot. 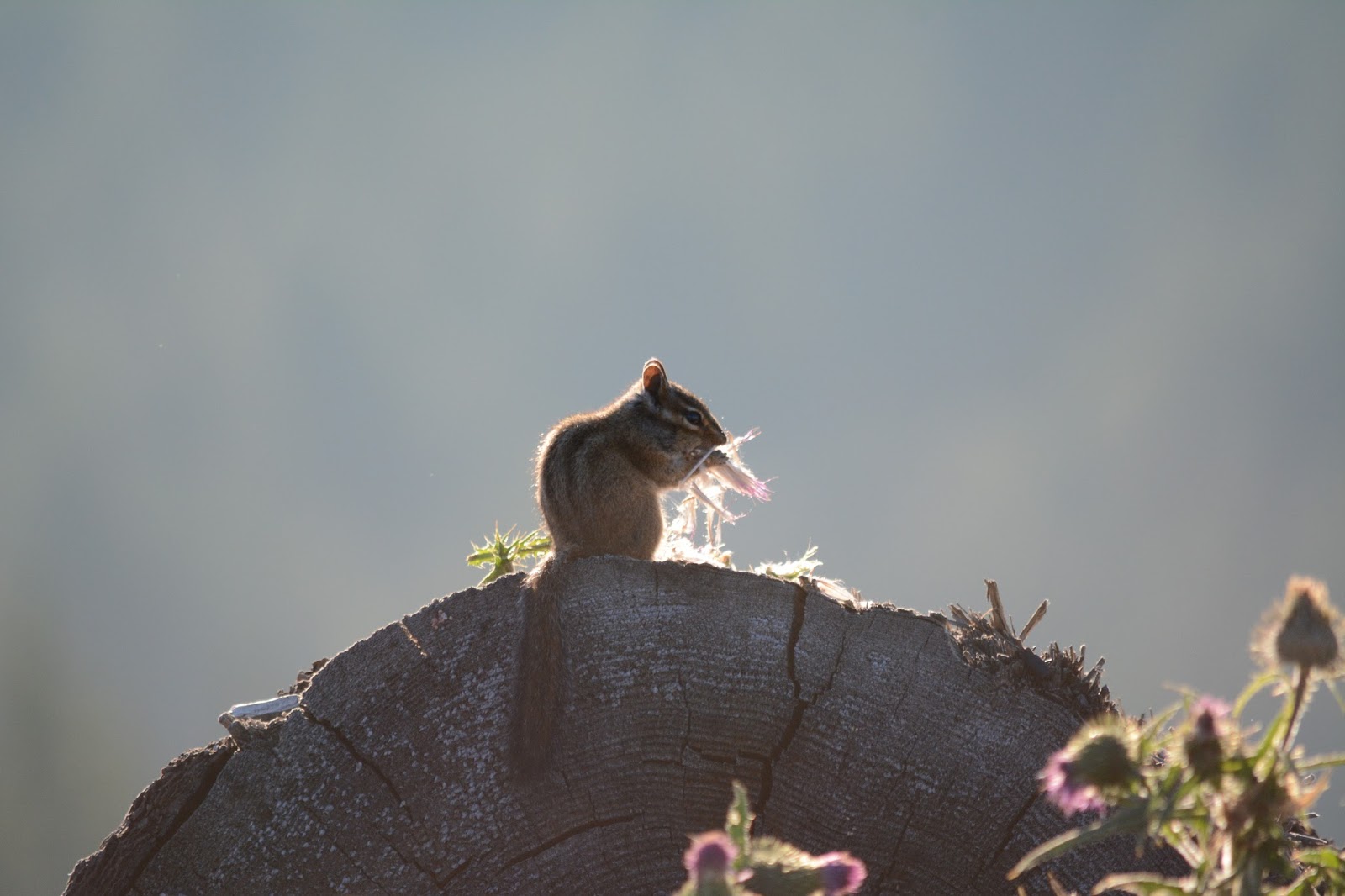 There were no signs of quail so I walked the dogs down the dirt road all the way to the end, hoping they might turn up.  Violet-green Swallows were zipping by our heads... 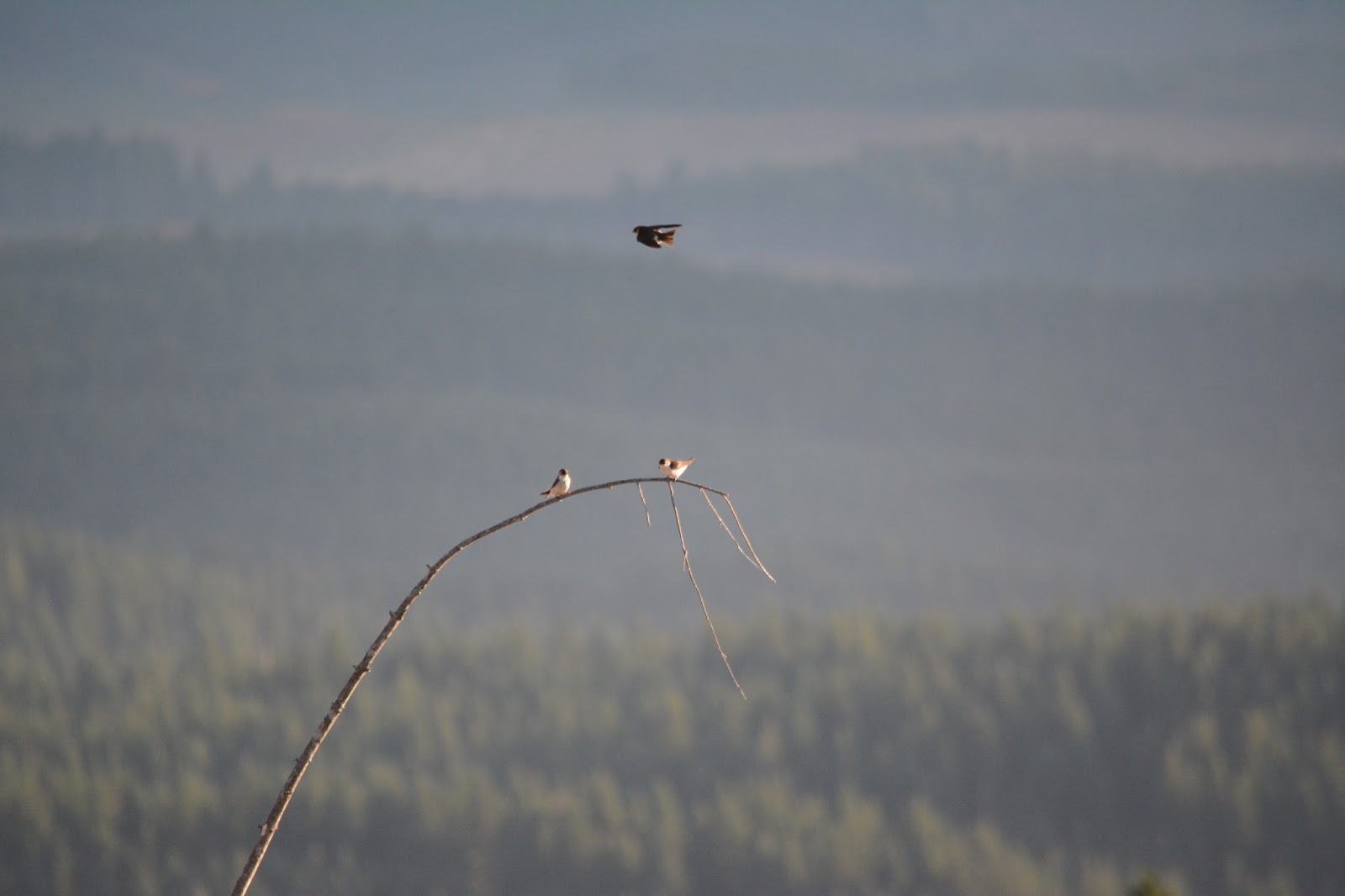 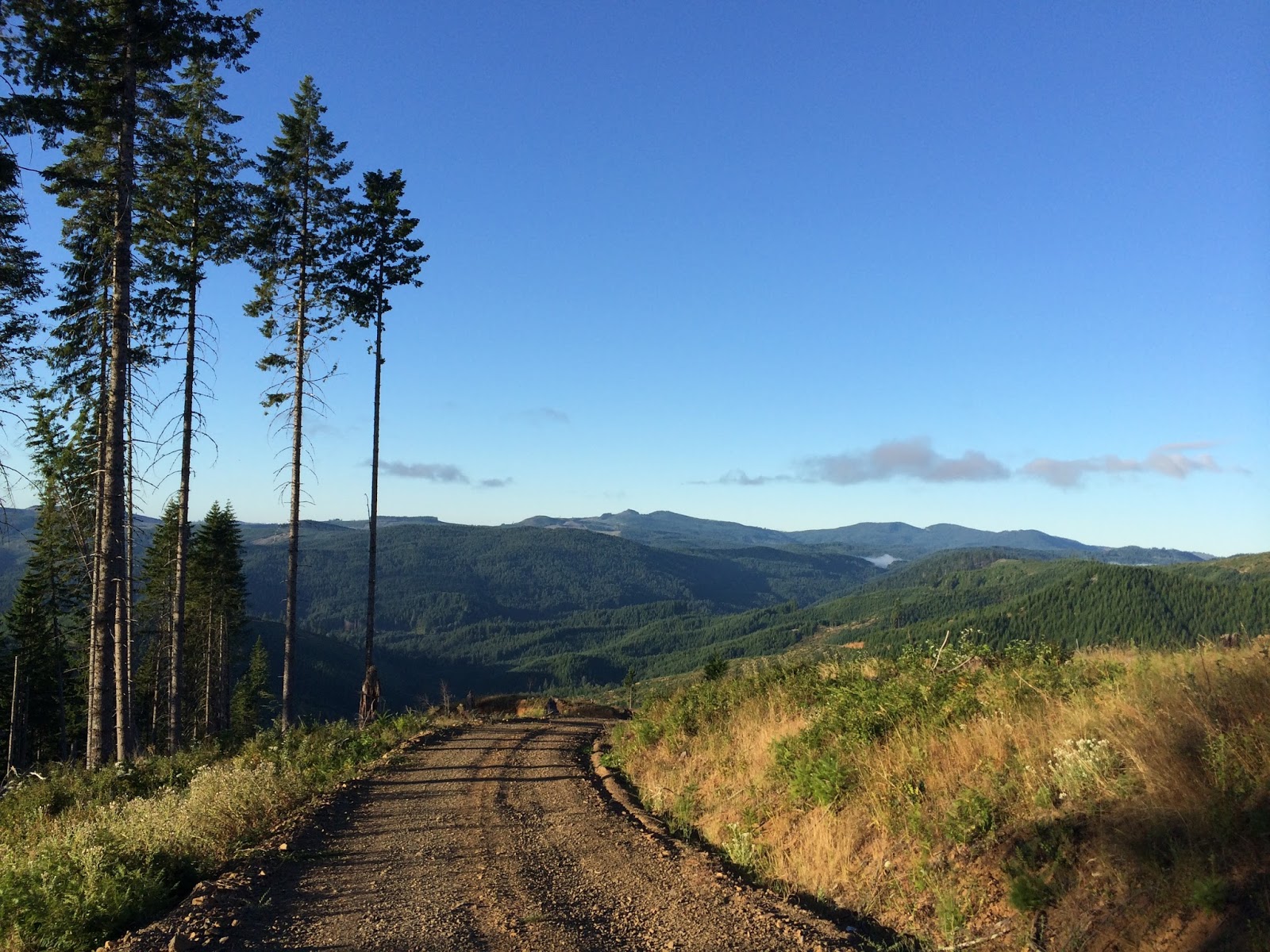 A Townsend's Solitaire was calling while we walked the road and I eventually spotted two juveniles down the western slope. 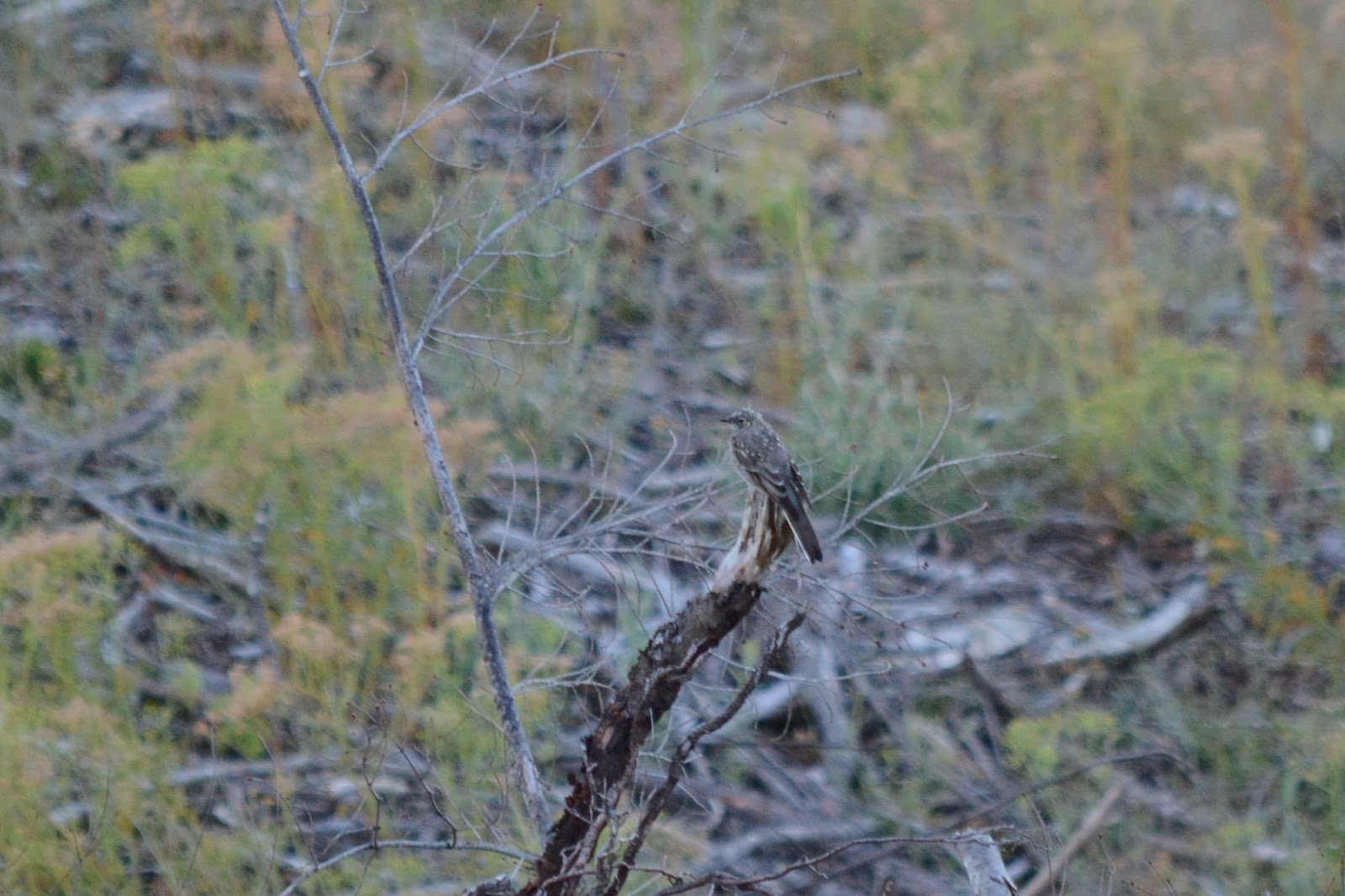 There are two dead-ends on this off-the-map logging road, one that looks like a sudden drop-off... 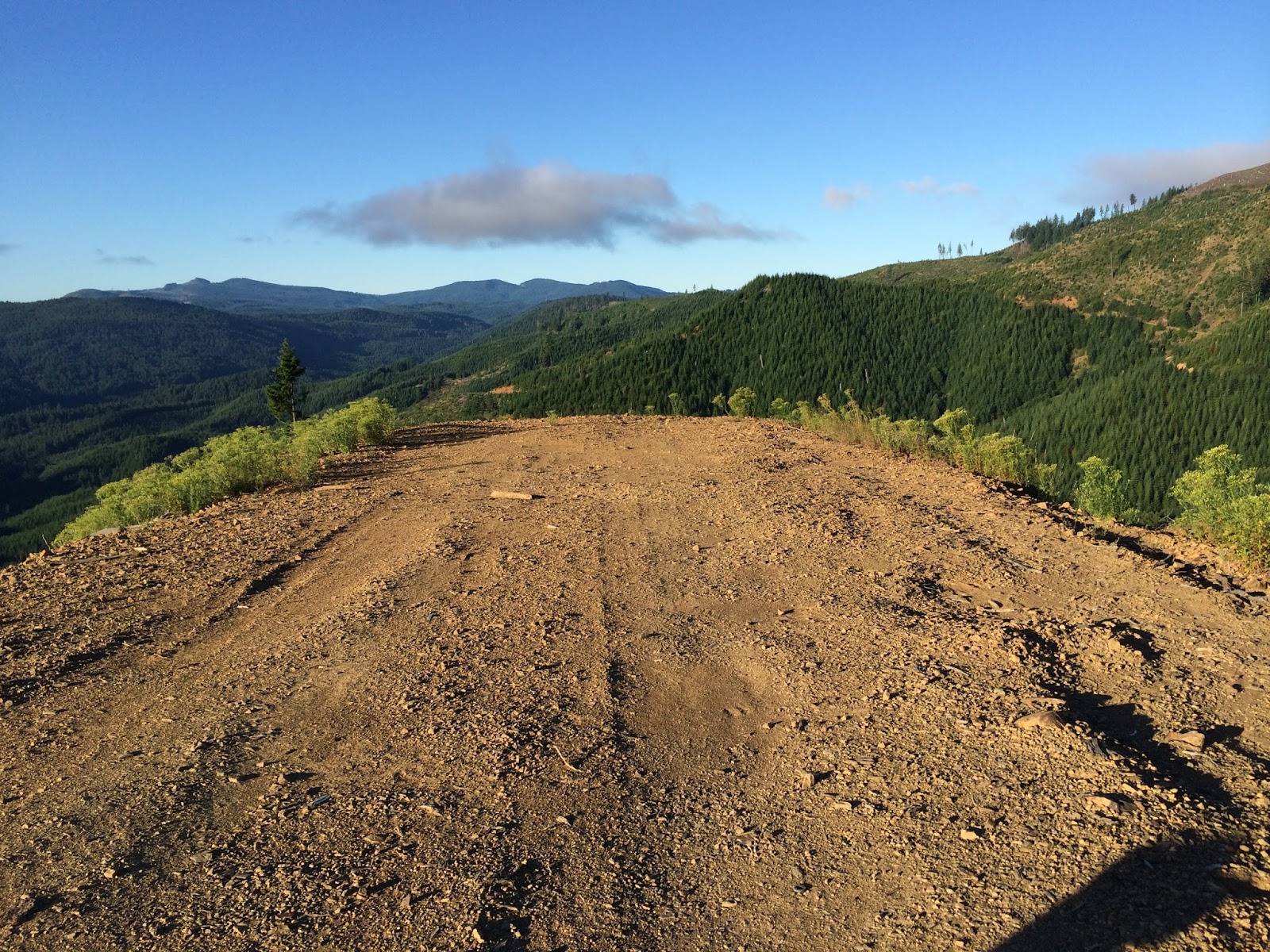 I walked back up the road, telling myself that it wasn't a total wash- three solitaires on a beautiful morning's walk ain't shabby. 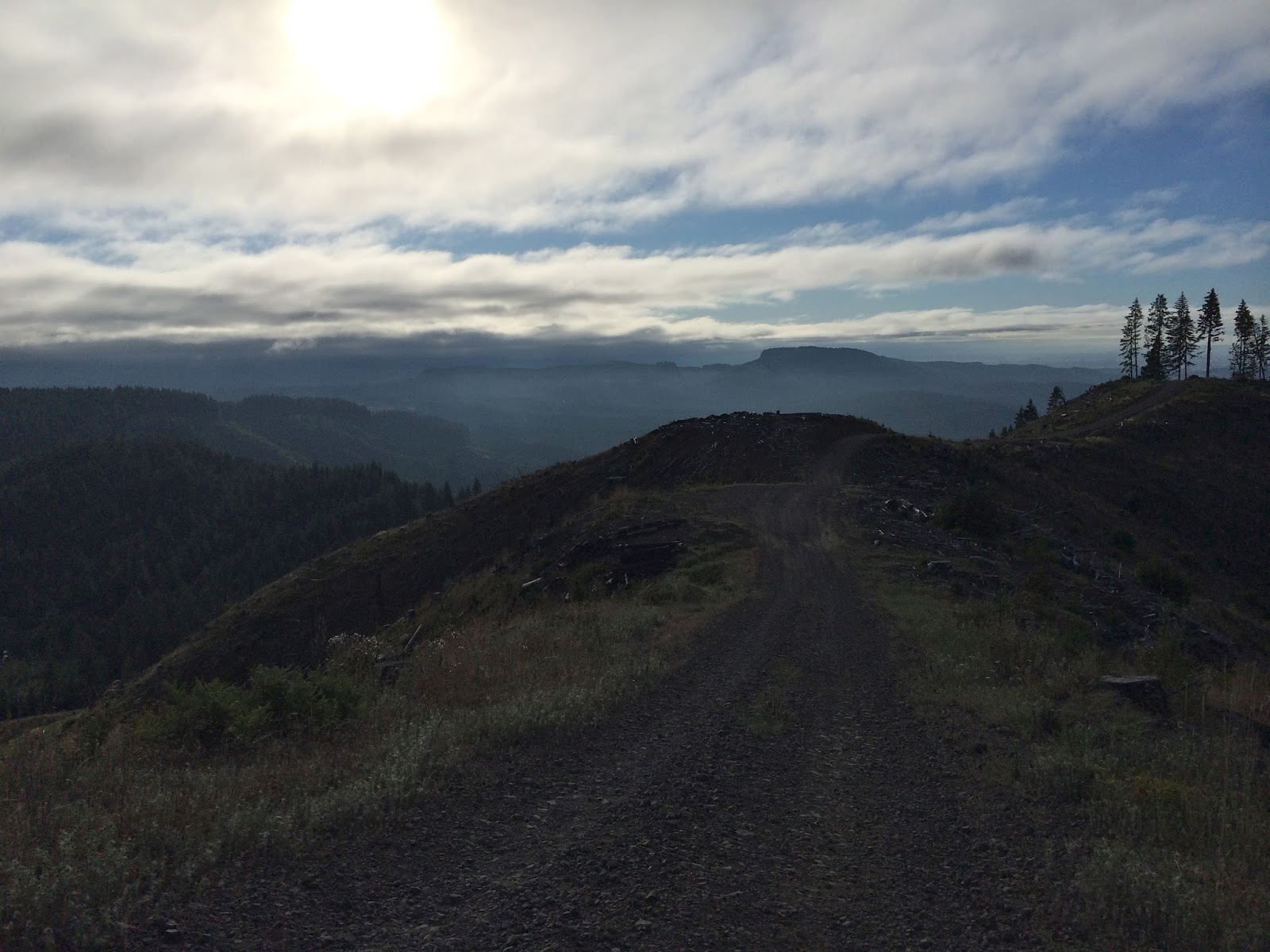 The dogs stopped to sniff something along the road when we started hearing strange noises.  Quail noises?  I wondered.  We slowly walked back down towards the sounds and caught sight of a flutter of quail wings!  The sounds continued and I took a video with my phone.

Unfortunately even with the sound turned up full blast it's hard to hear, but it sounded nuts.  The dogs were baffled and stood there turning their heads back and forth. 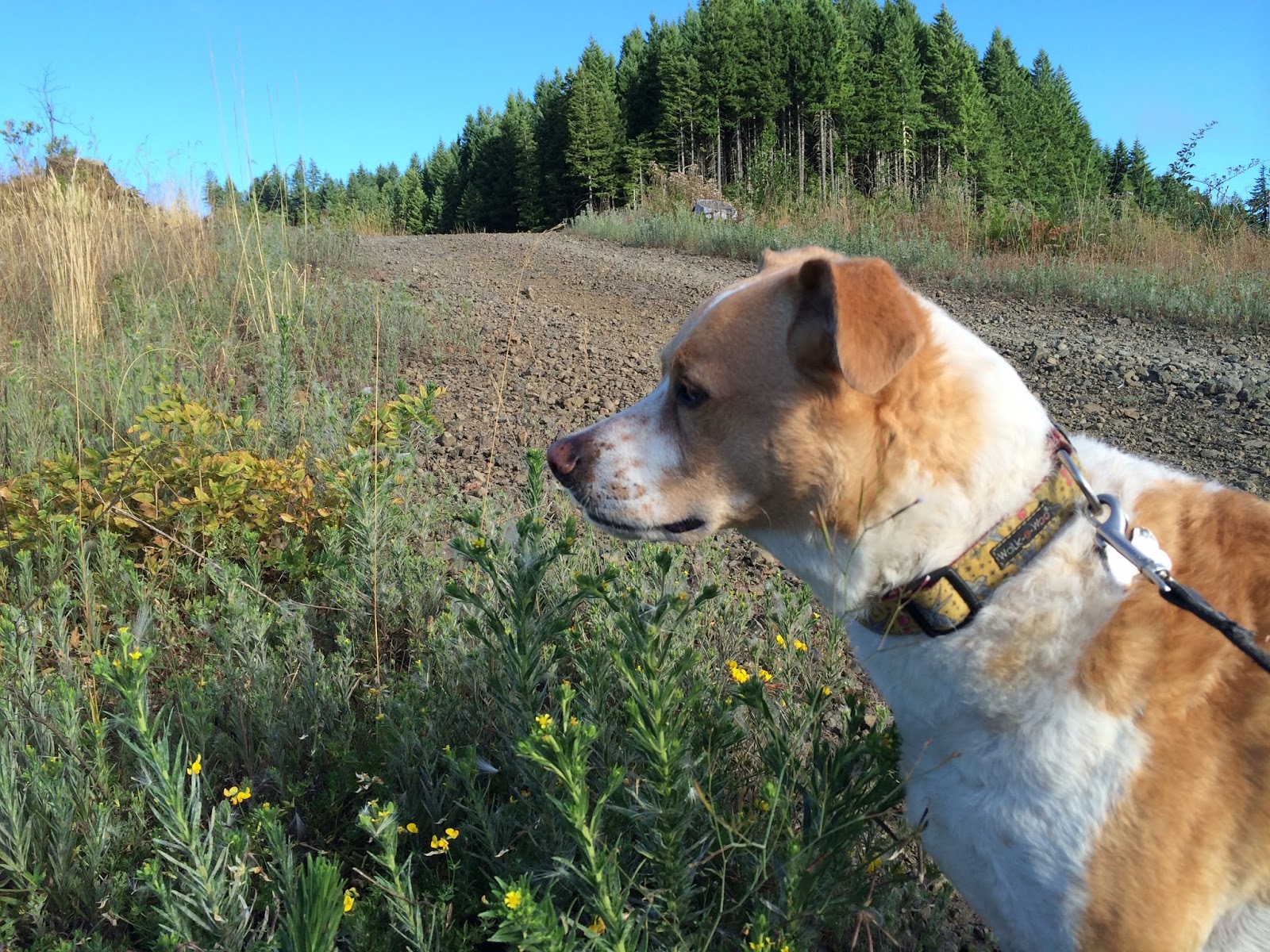 It seemed as though I might not get to actually see a quail standing still, but I waited and eventually I got some visuals of my life birds.  This juvenile quail was the first to show itself: 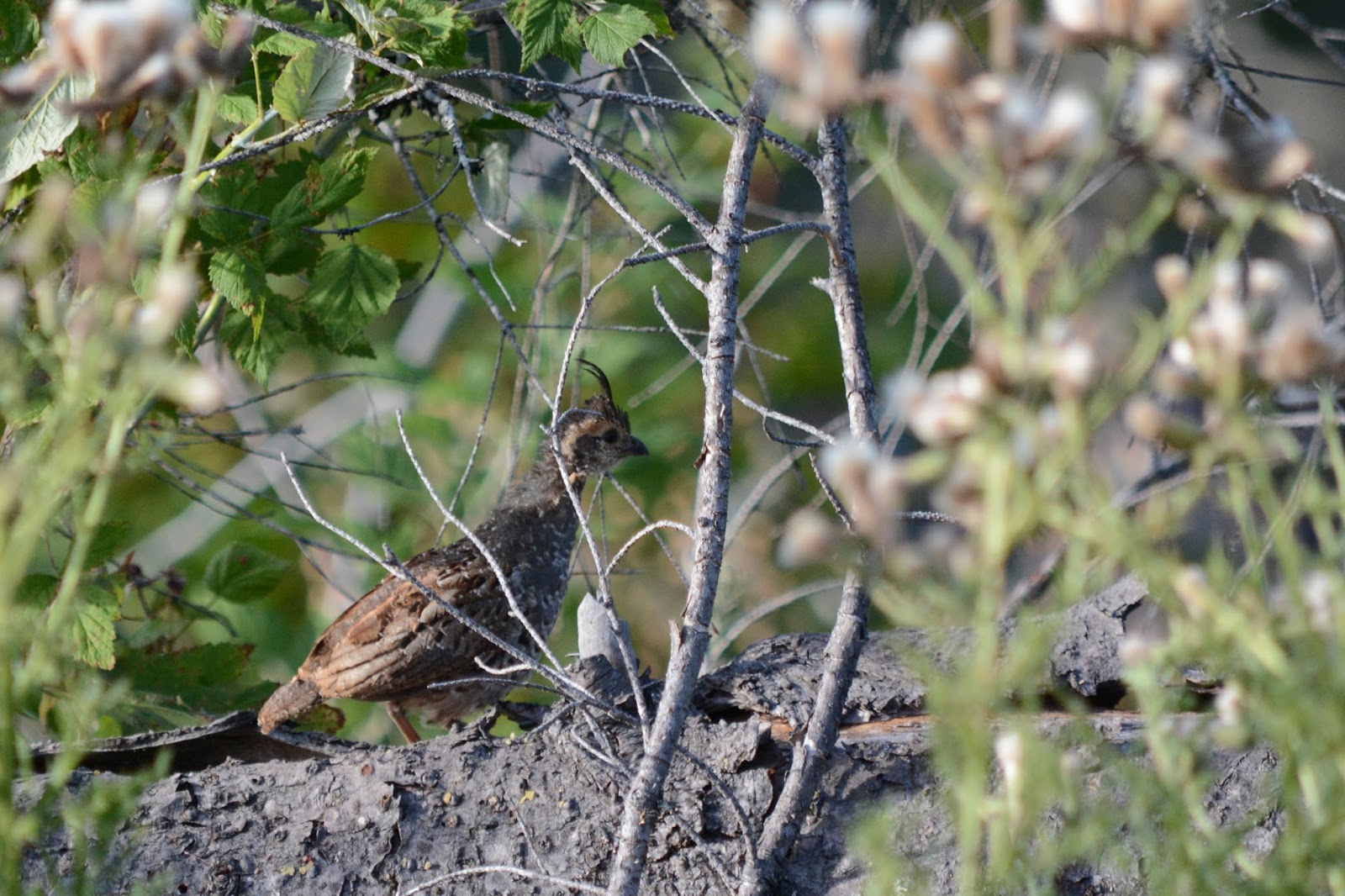 He fluttered back into the bushes after a minute, and an adult came into view. 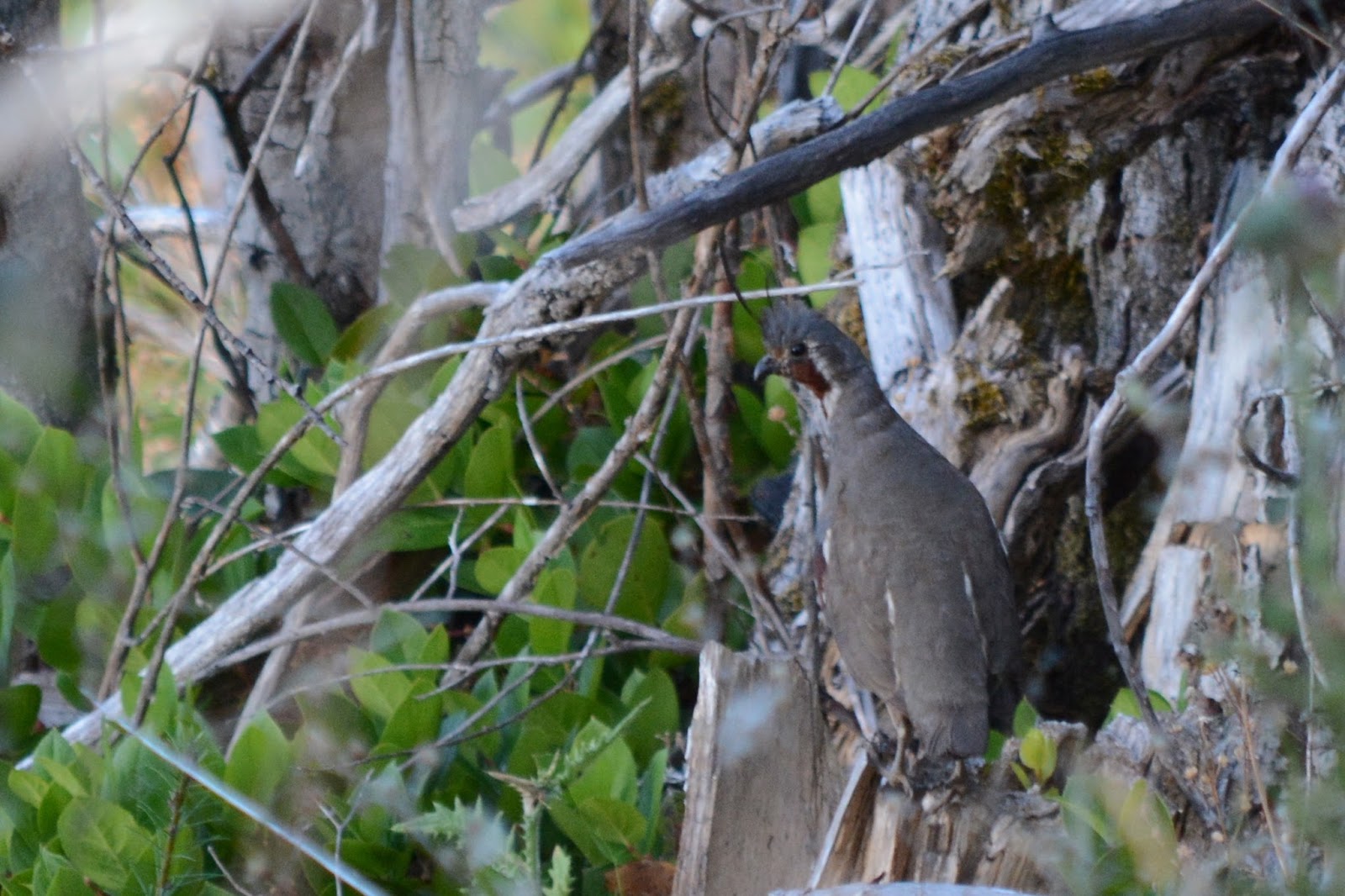 So cool!  And so crazy how wrong the bill looks in Sibley's.  Another small group of maybe five flushed from near the car, making a total of at least a dozen quail seen.

Back at the car I grabbed my wildlife cam and wandered till I found a place to set it up.  Fingers crossed it doesn't get stolen!  Going to pick it up this weekend.  Good times!!! 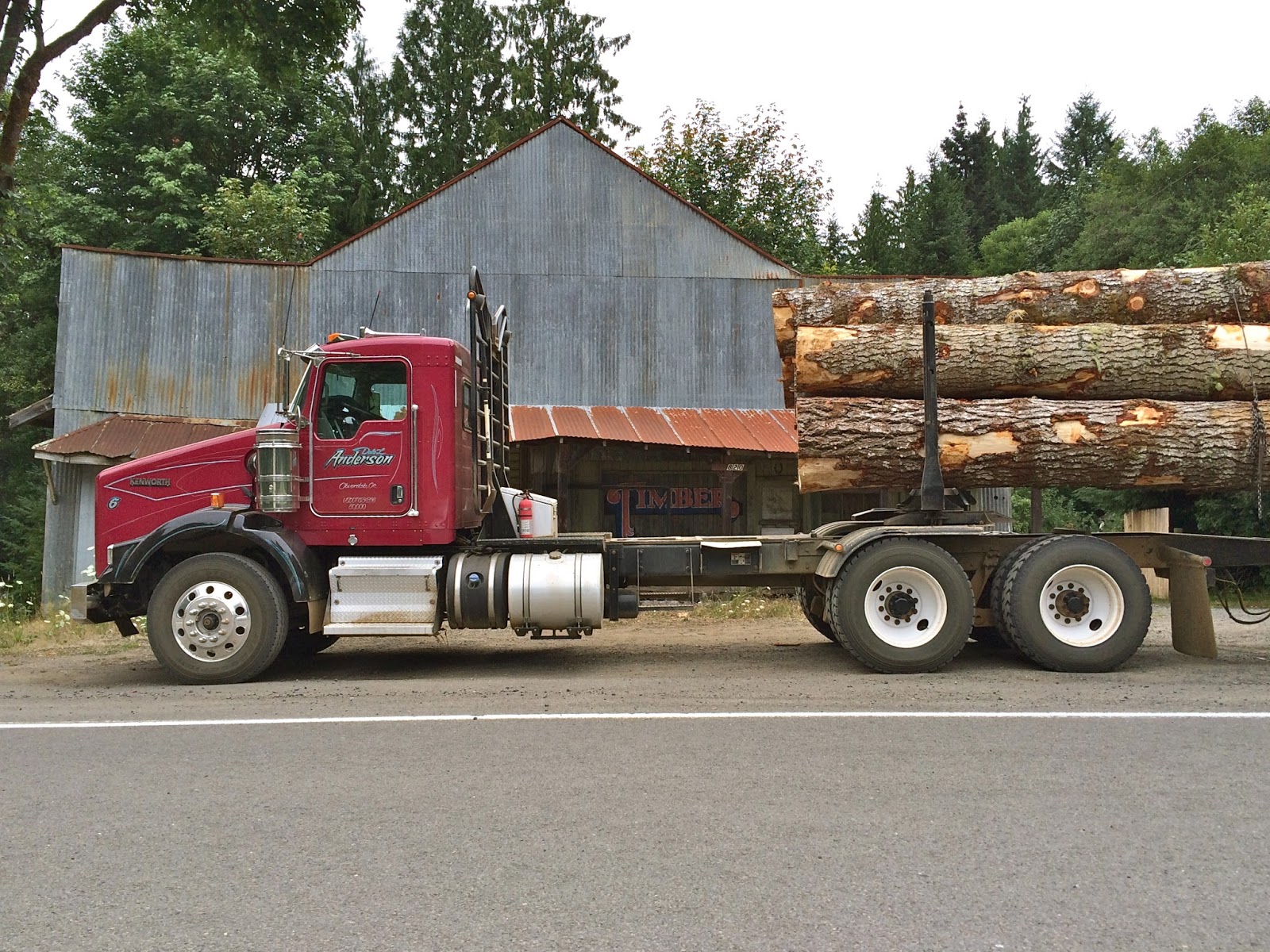