on August 22, 2014
Yesterday morning I decided to take a long walk out to Broughton Beach on the slimmest of chances that a certain Arctic Tern would still be hanging around.  It was not, but I had a good walk and added at least one bird to my motorless year list. 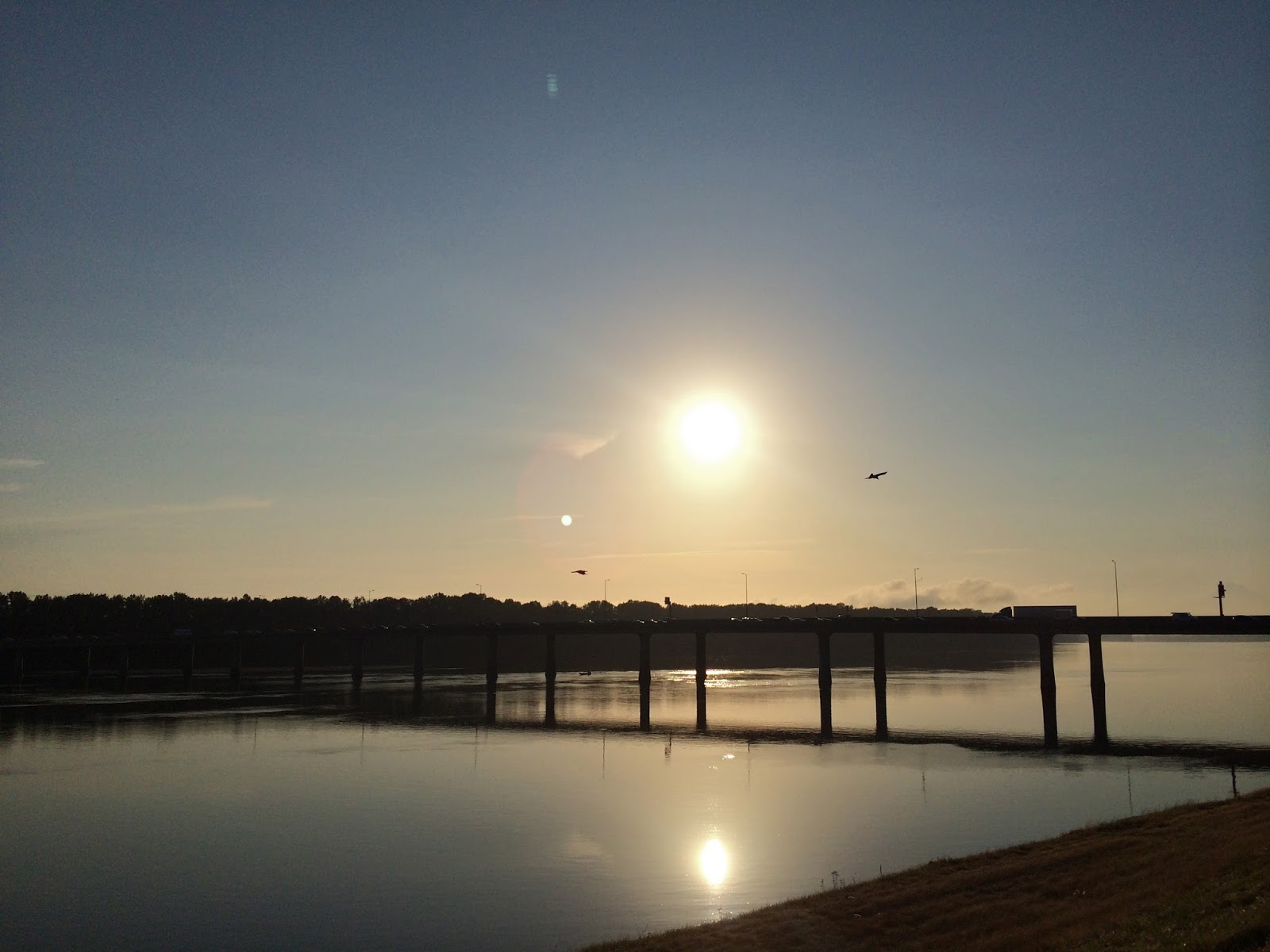 Osprey were out fishing which, as I'm sure I've mentioned, is one of my favorite things to watch.  They are just SO good at it.  Except when they're not. 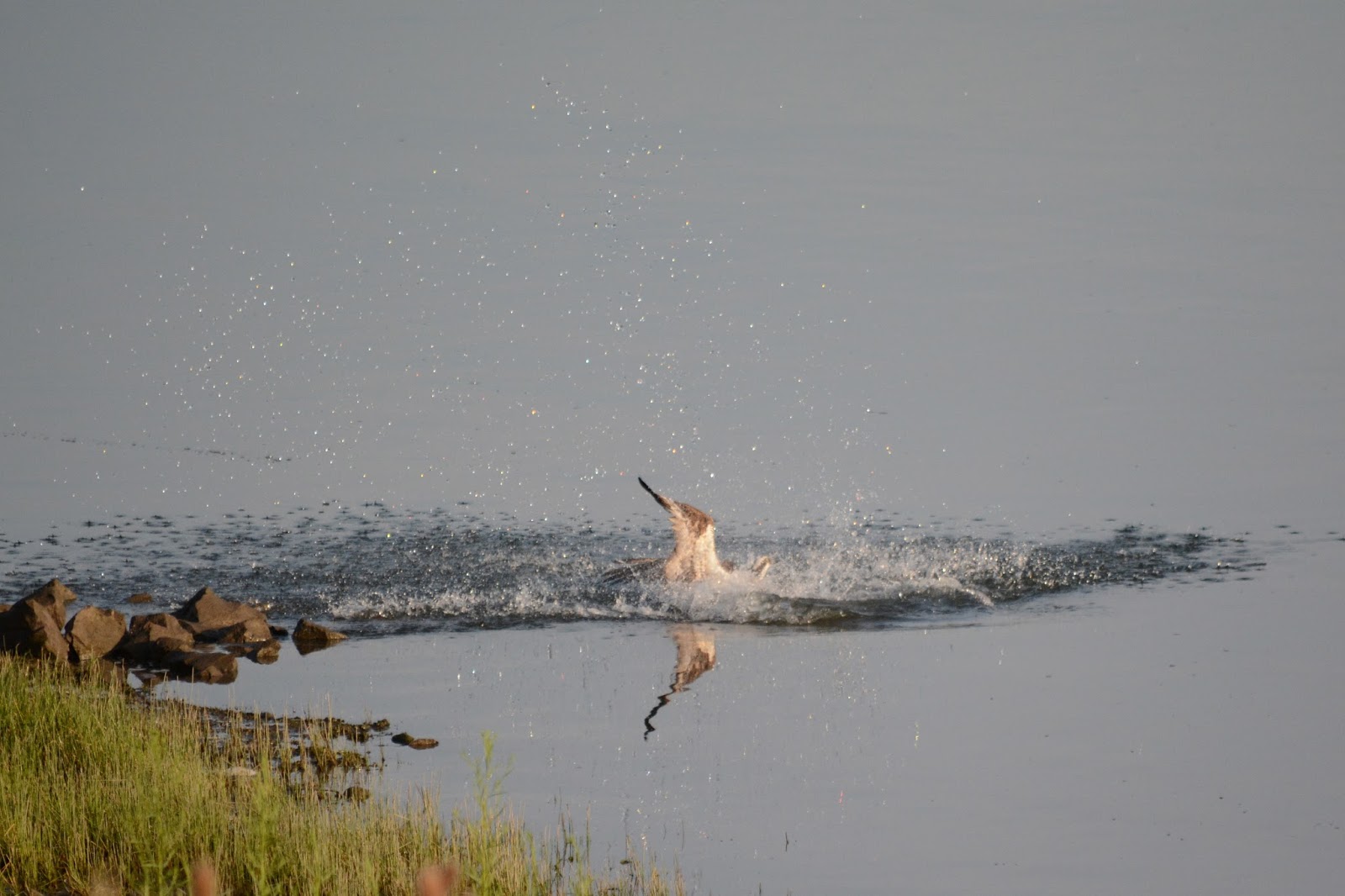 This seemed like a regular plunge at first, but the Osprey did not fly back up, fish in talons.  Instead it sort of flopped about, swimming kind of,  awkwardly wrestling what turned out to be a pretty big fish. 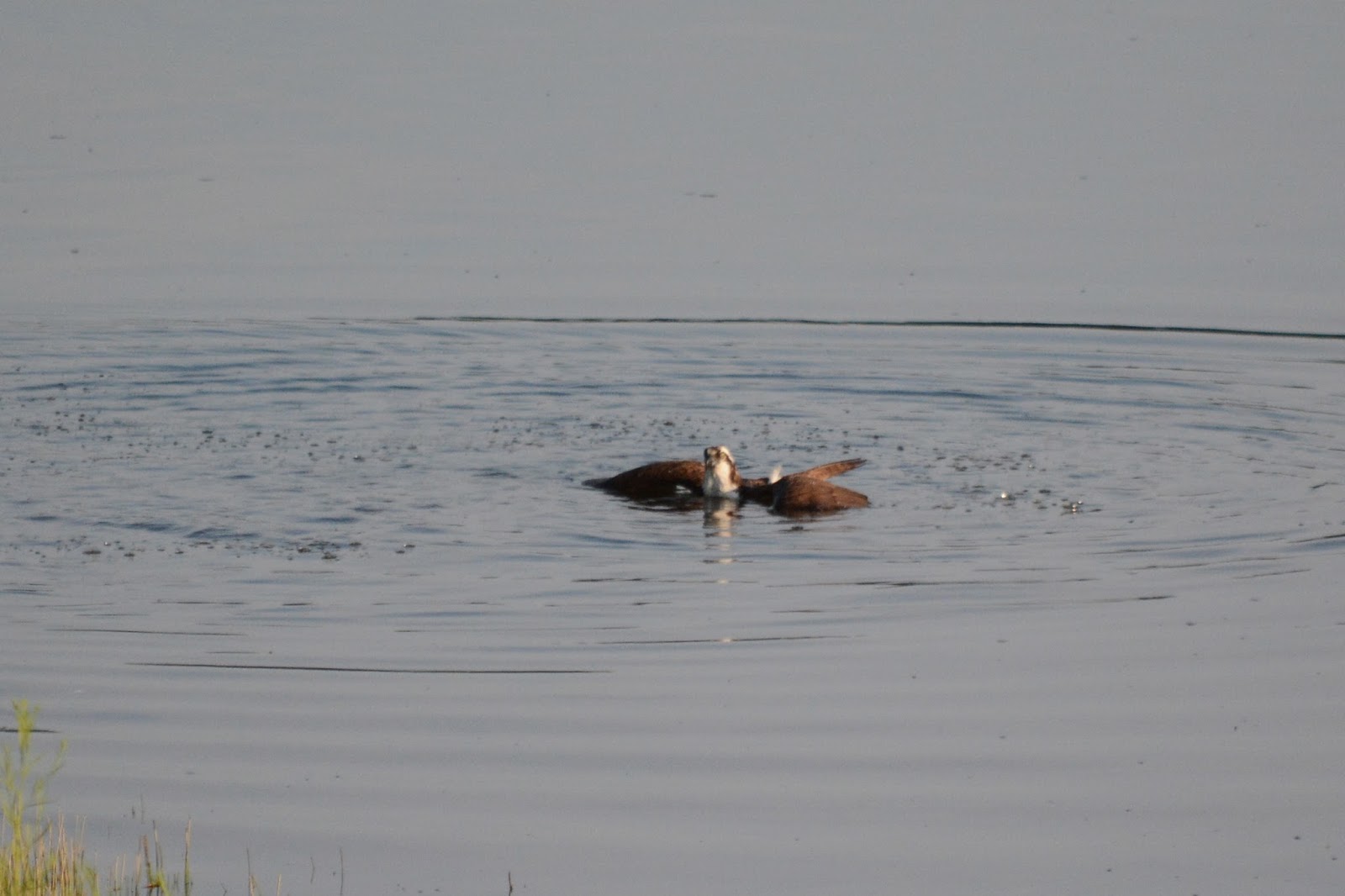 It was fairly close to shore so after some more "paddling" and fluttering, it hopped up onto some rocks with the fish. 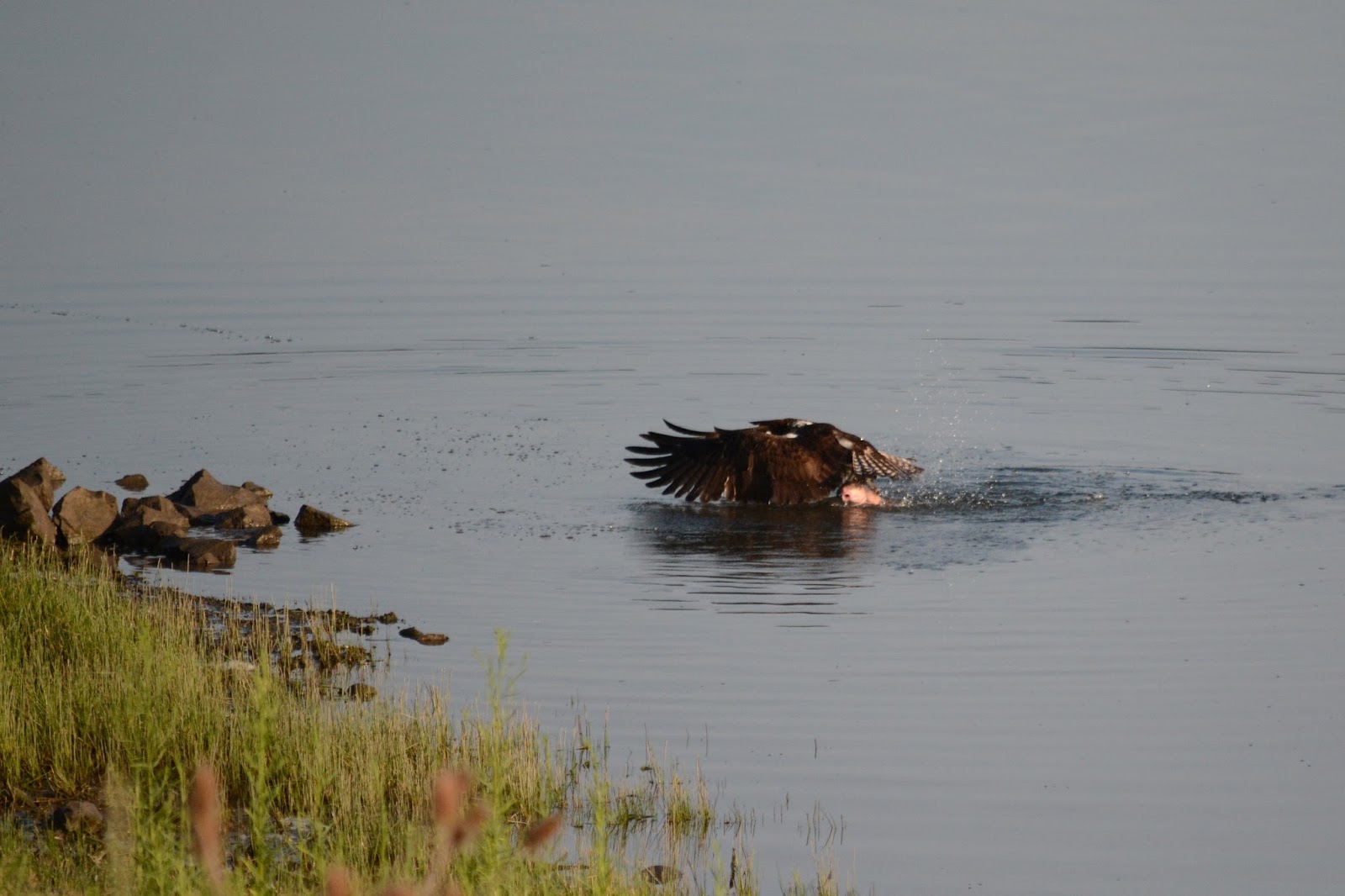 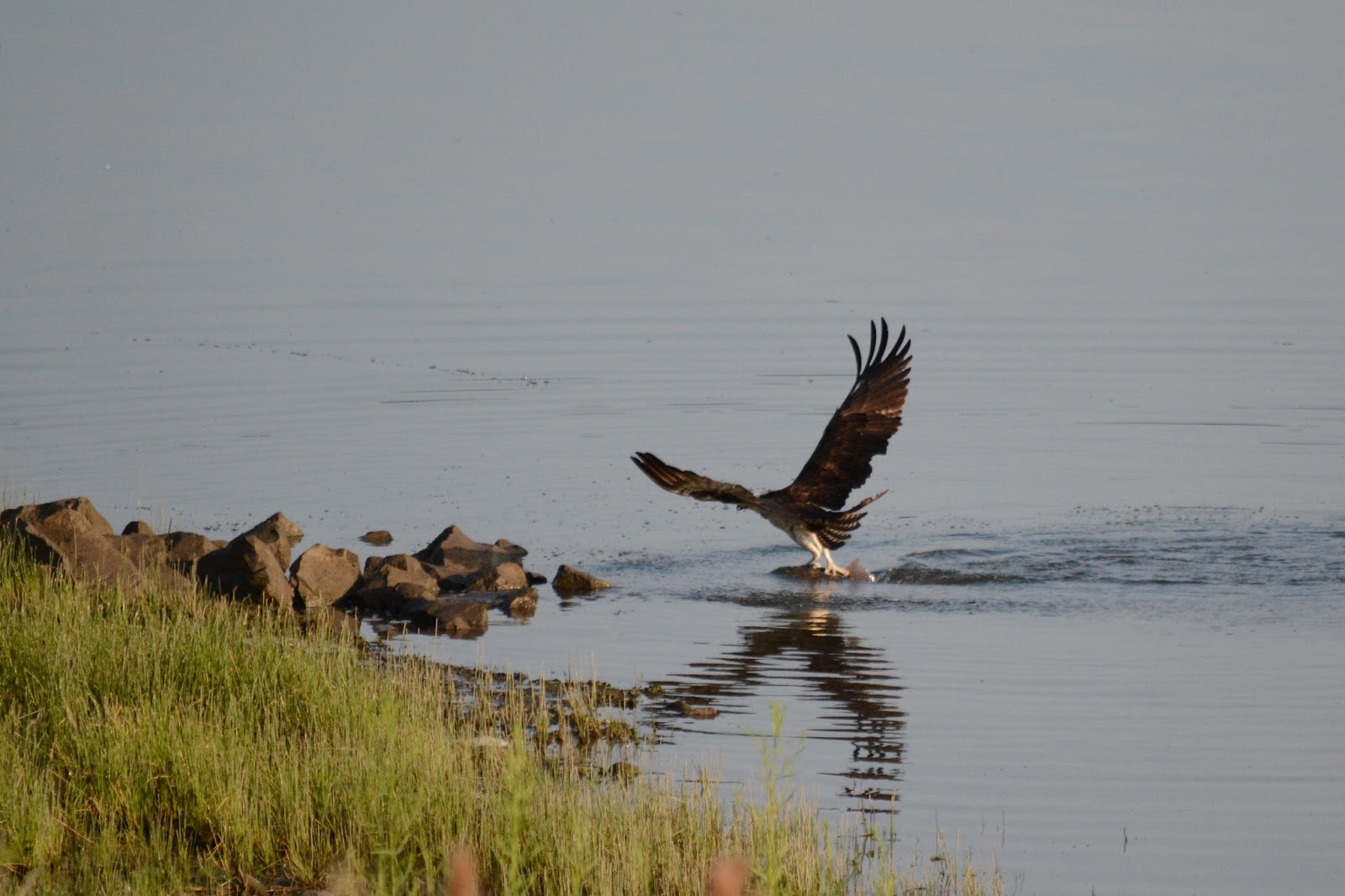 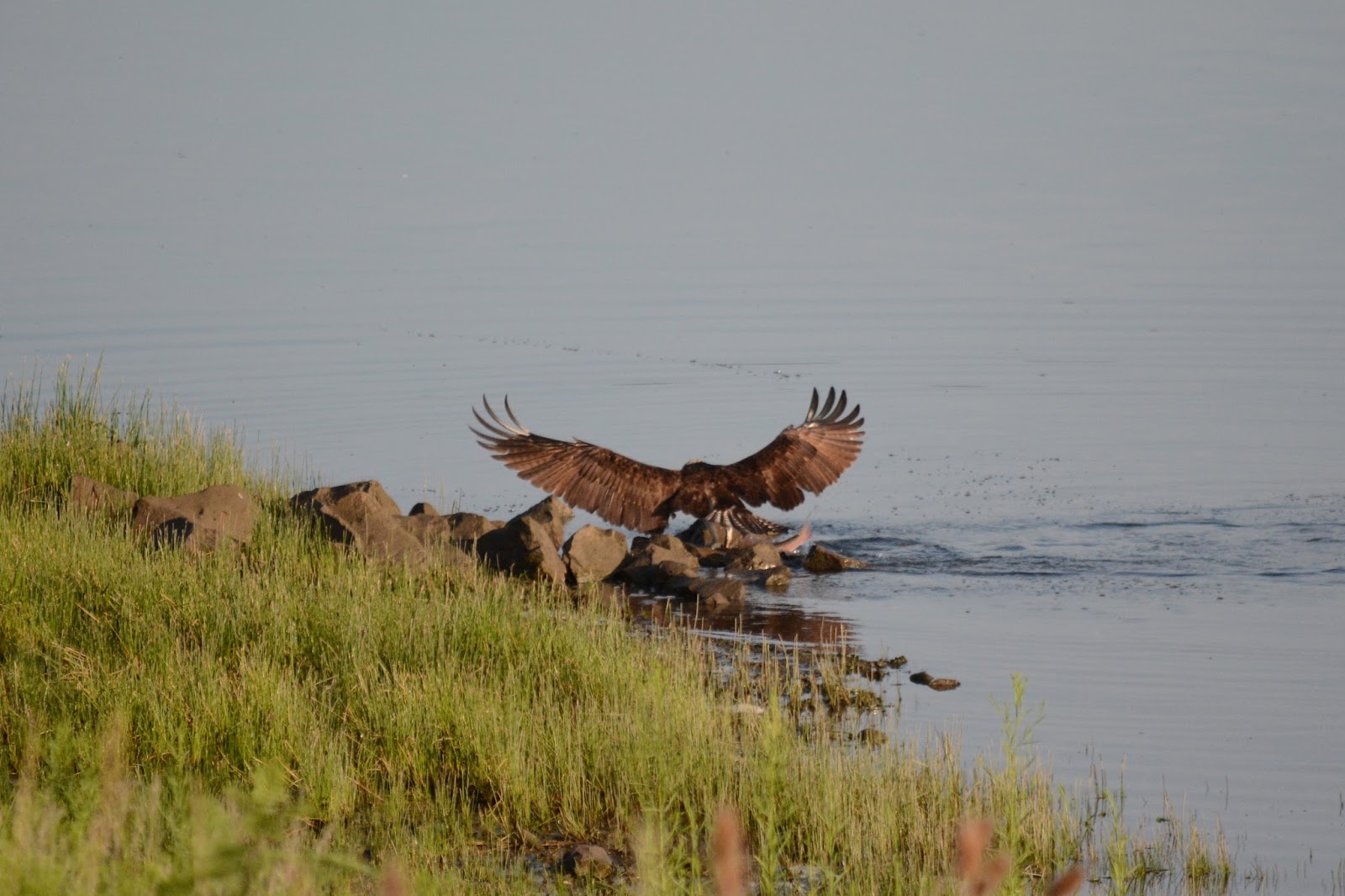 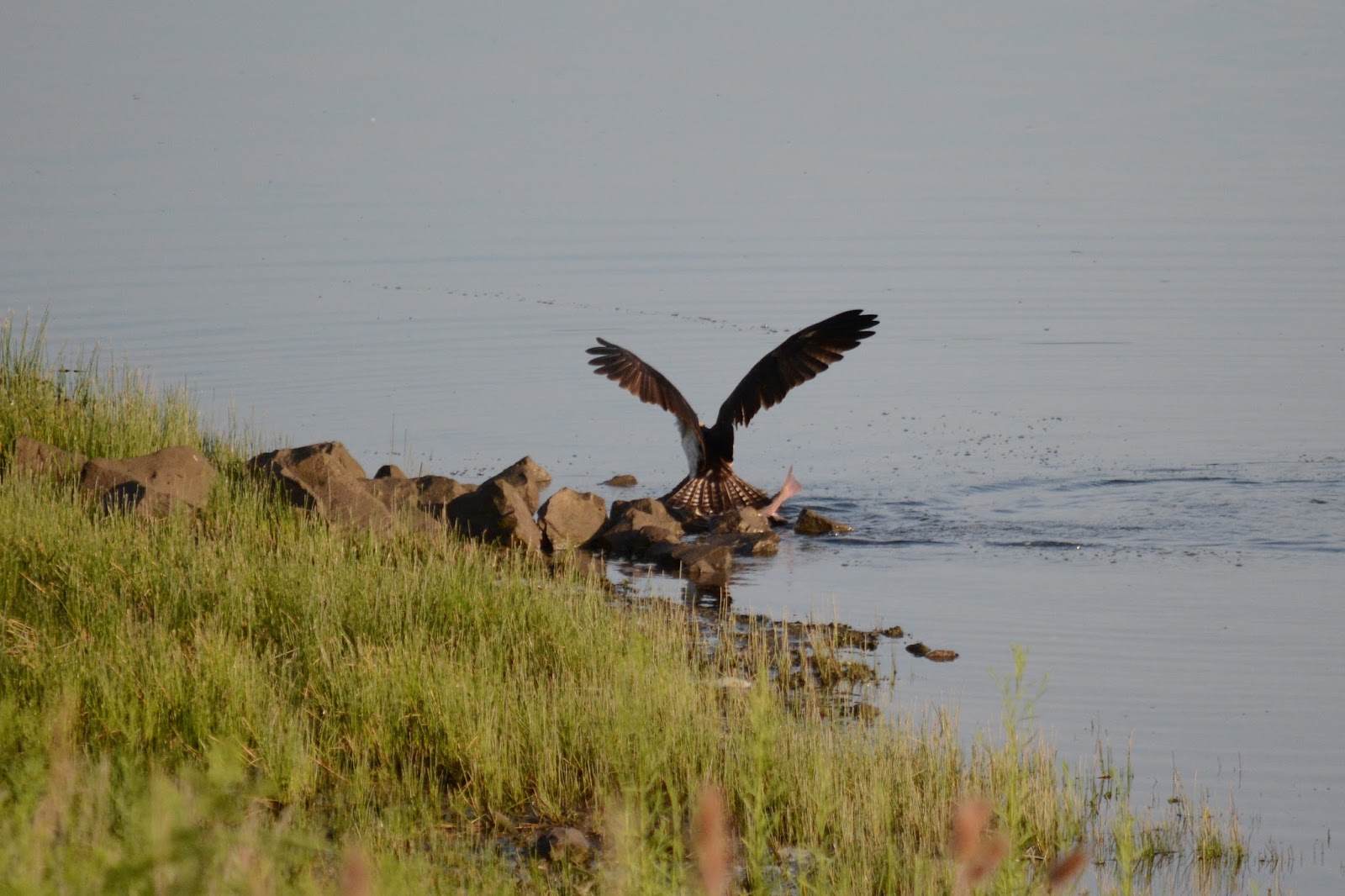 Once on the rocks, there were was still much debate about what to do next.  A flyby Bald Eagle caused a brief disturbance during which I thought the fish was lost.  It was not.  The eagle flew back across the river and the Osprey returned. 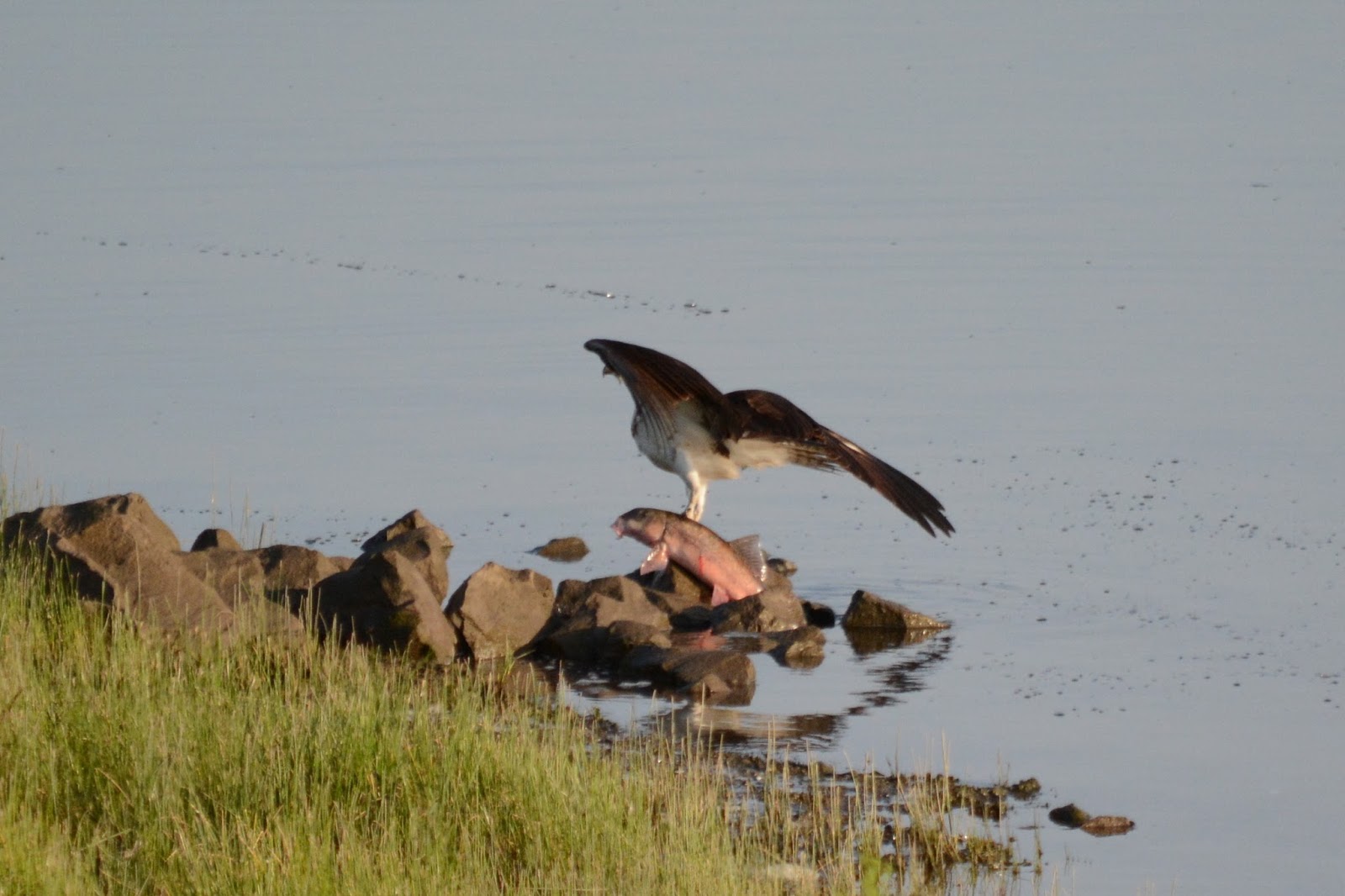 After a minute the Osprey took off again and just sort of circled, so I left in case I was disturbing his meal. 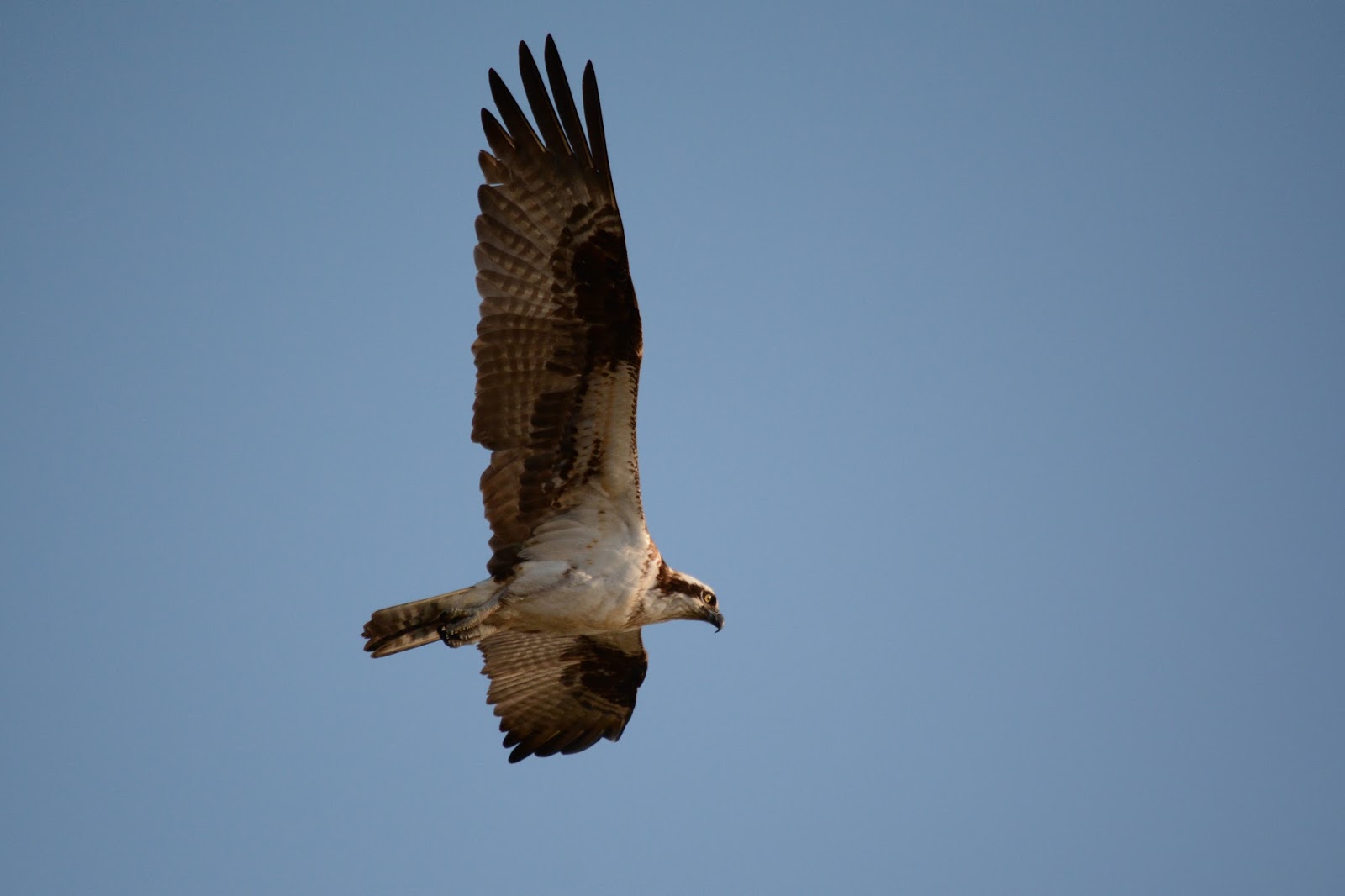 At the beach I was hoping for some peeps to add to my motorless list.  Right away something spooked five birds from the west and they passed right by me and over the bike path.  Trying to ID sandpipers in flight is not easy for me, but judging by the bill length I am guessing they were Leasts.  Thoughts? 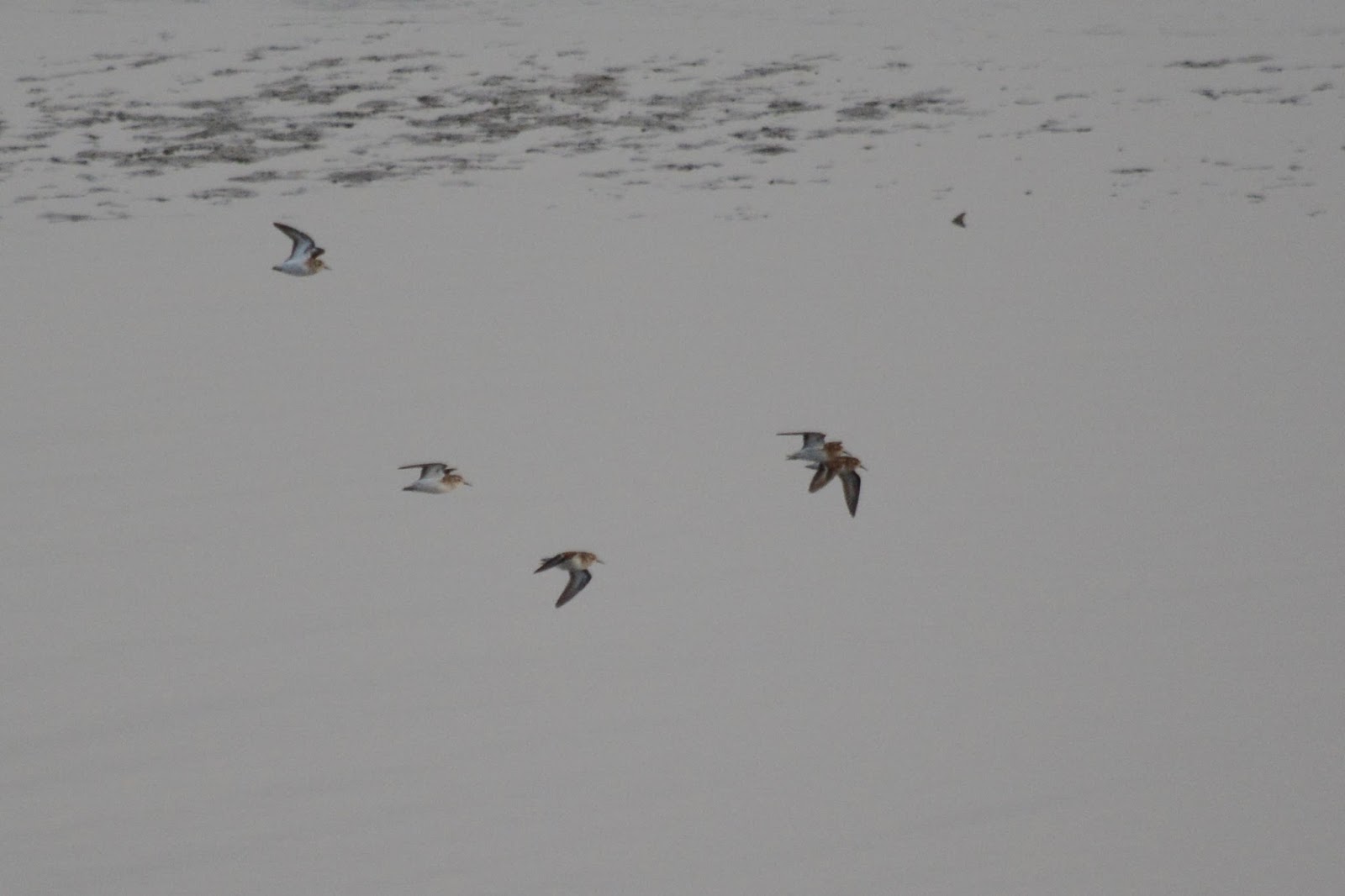 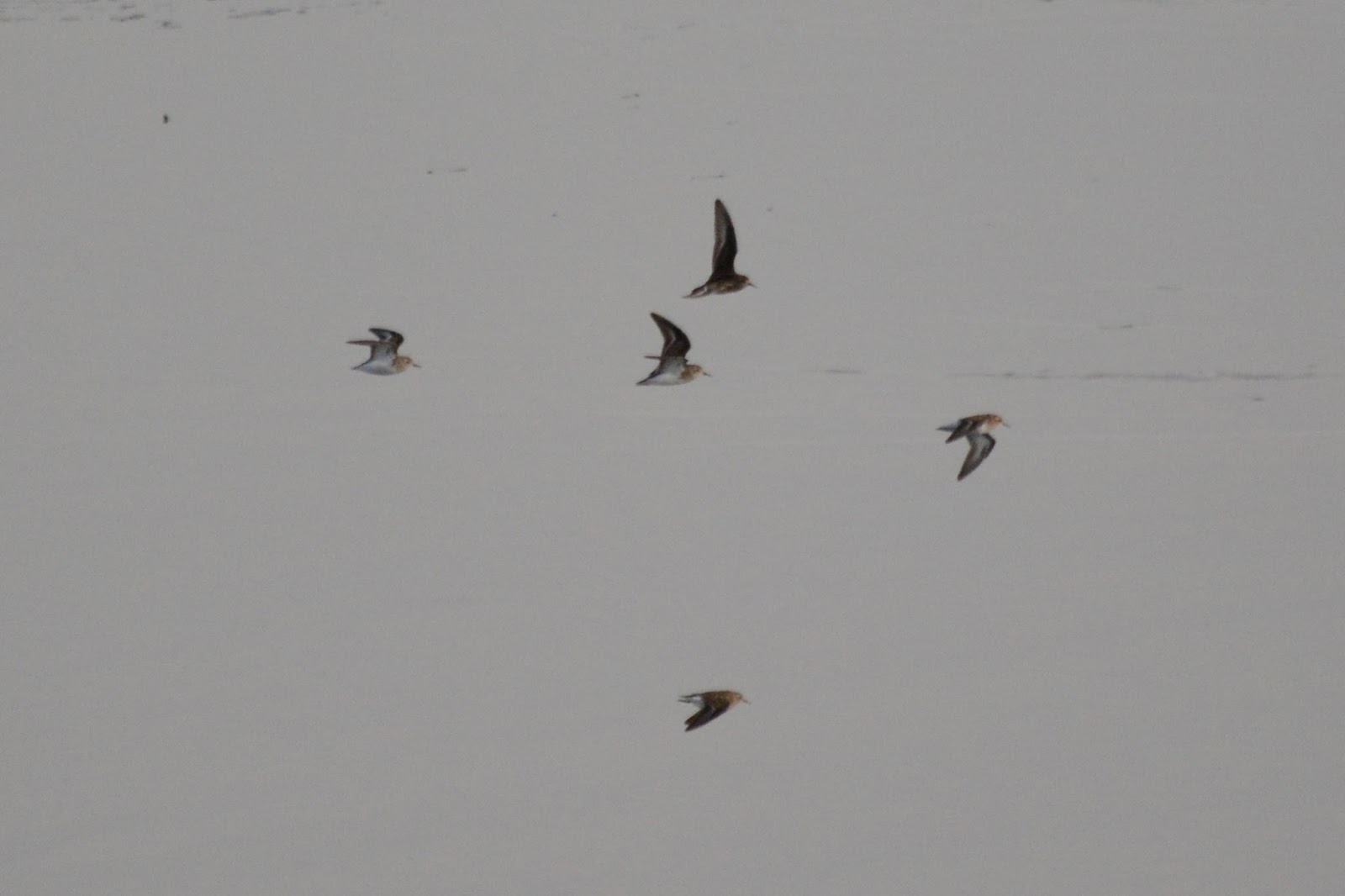 These were the only shorebirds I saw on this walk.  Kind of a bummer.  I did finally nab a couple Horned Larks for my list... 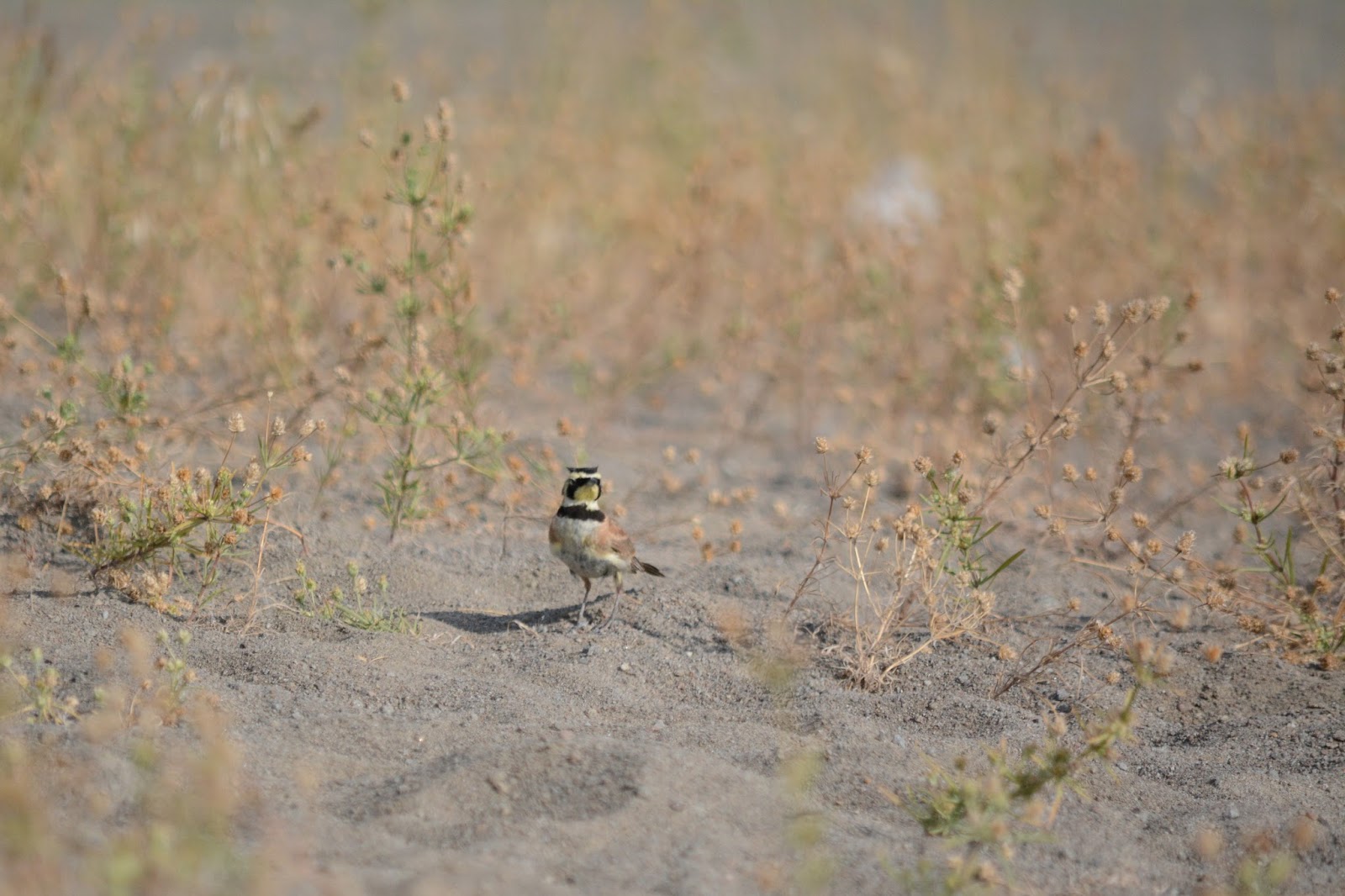 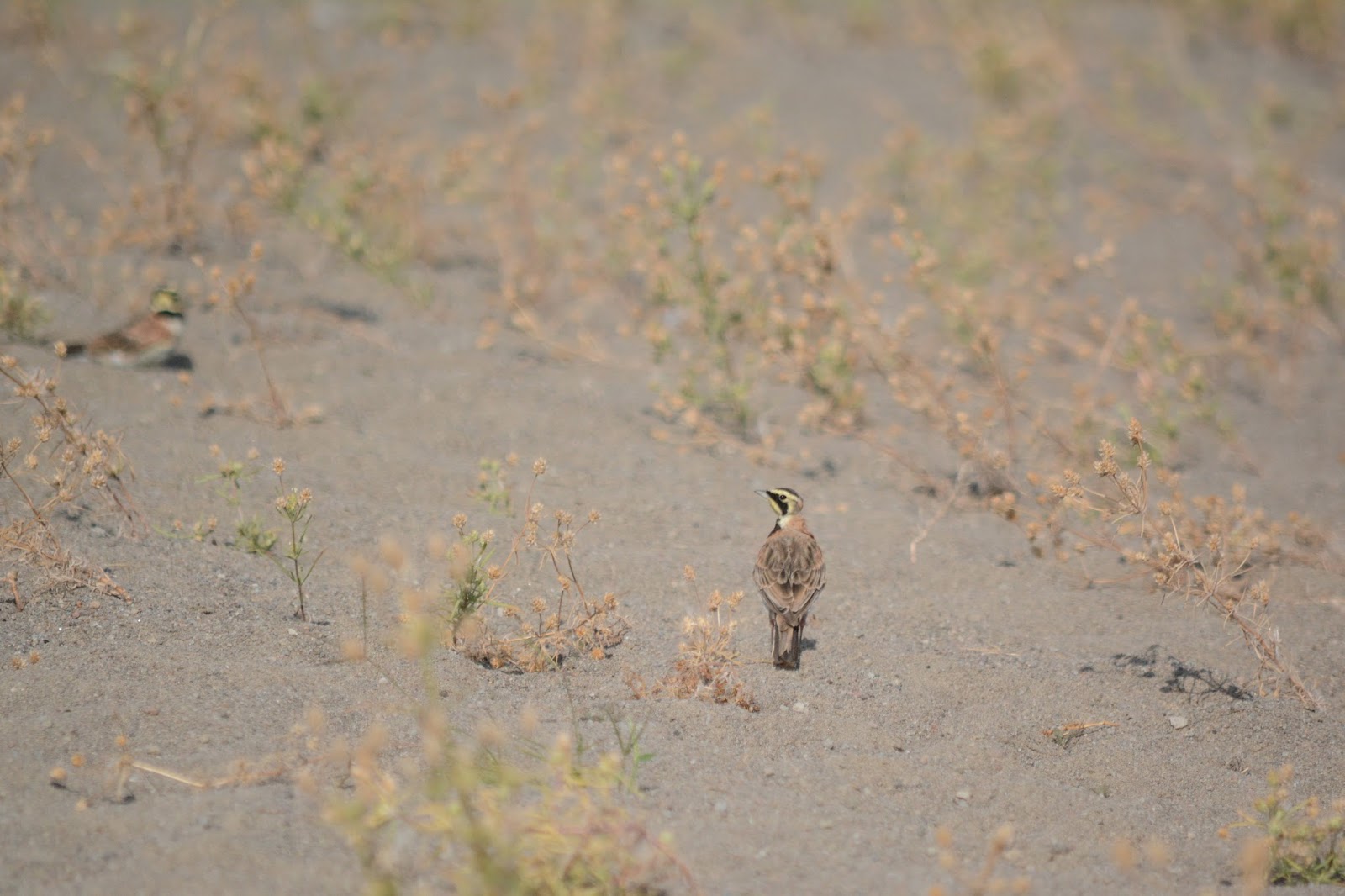 A couple of Caspian Terns were around, showing me their weird side. 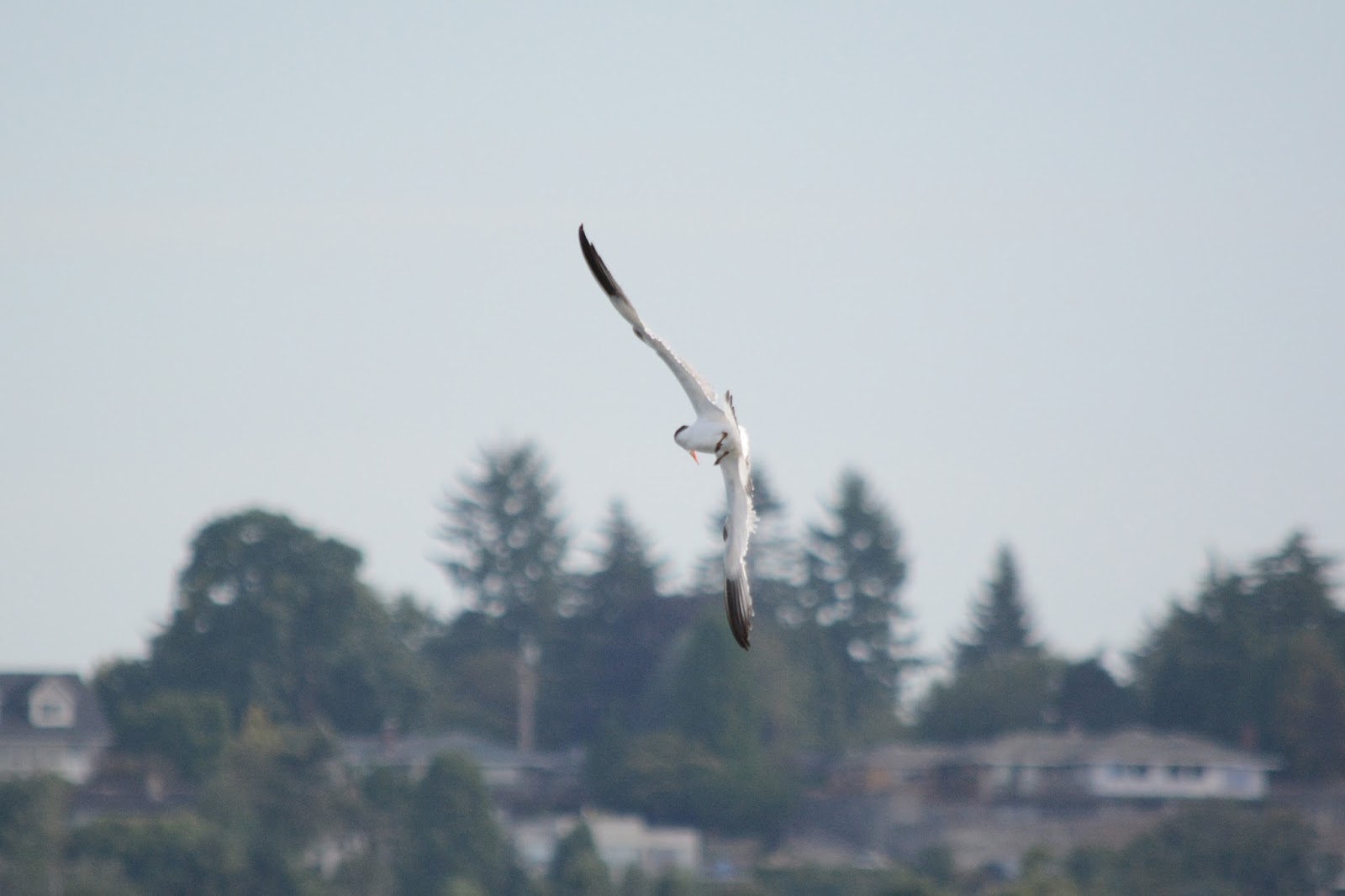 Despite the lack of shorebirds (and the lack of Arctic Terns), the beach was fairly entertaining.  Dead stuff and flowers filled in the gaps nicely. 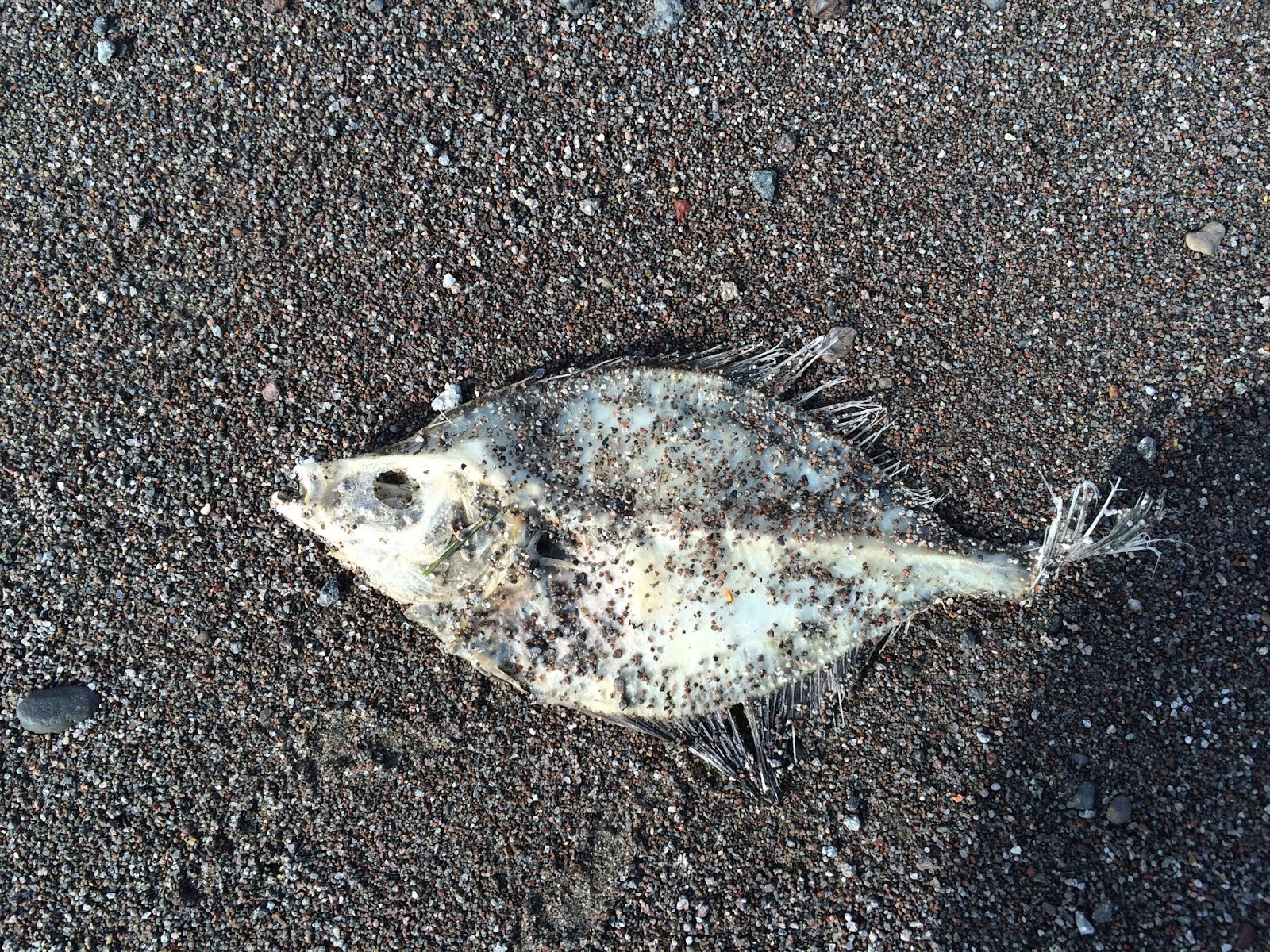 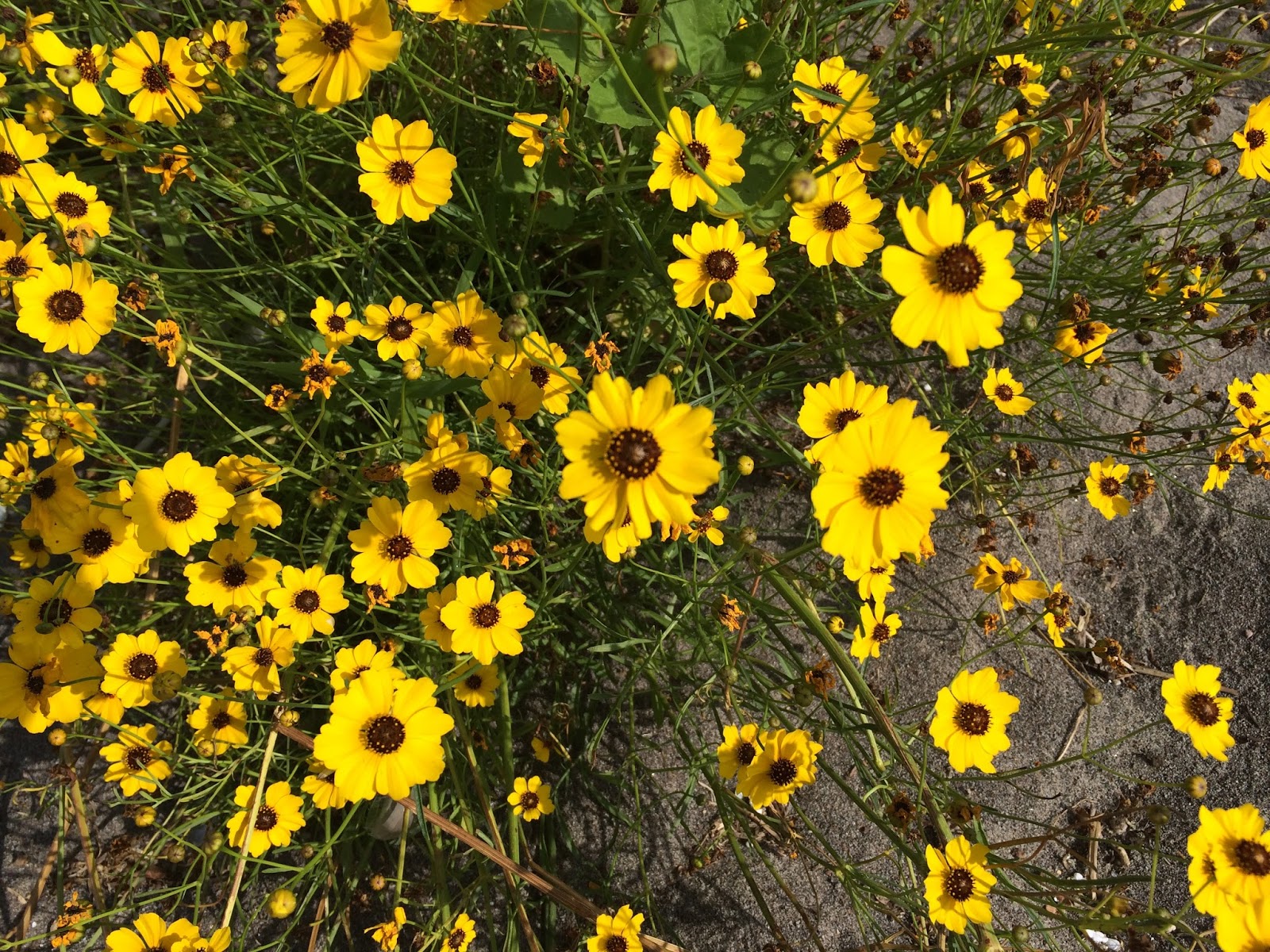 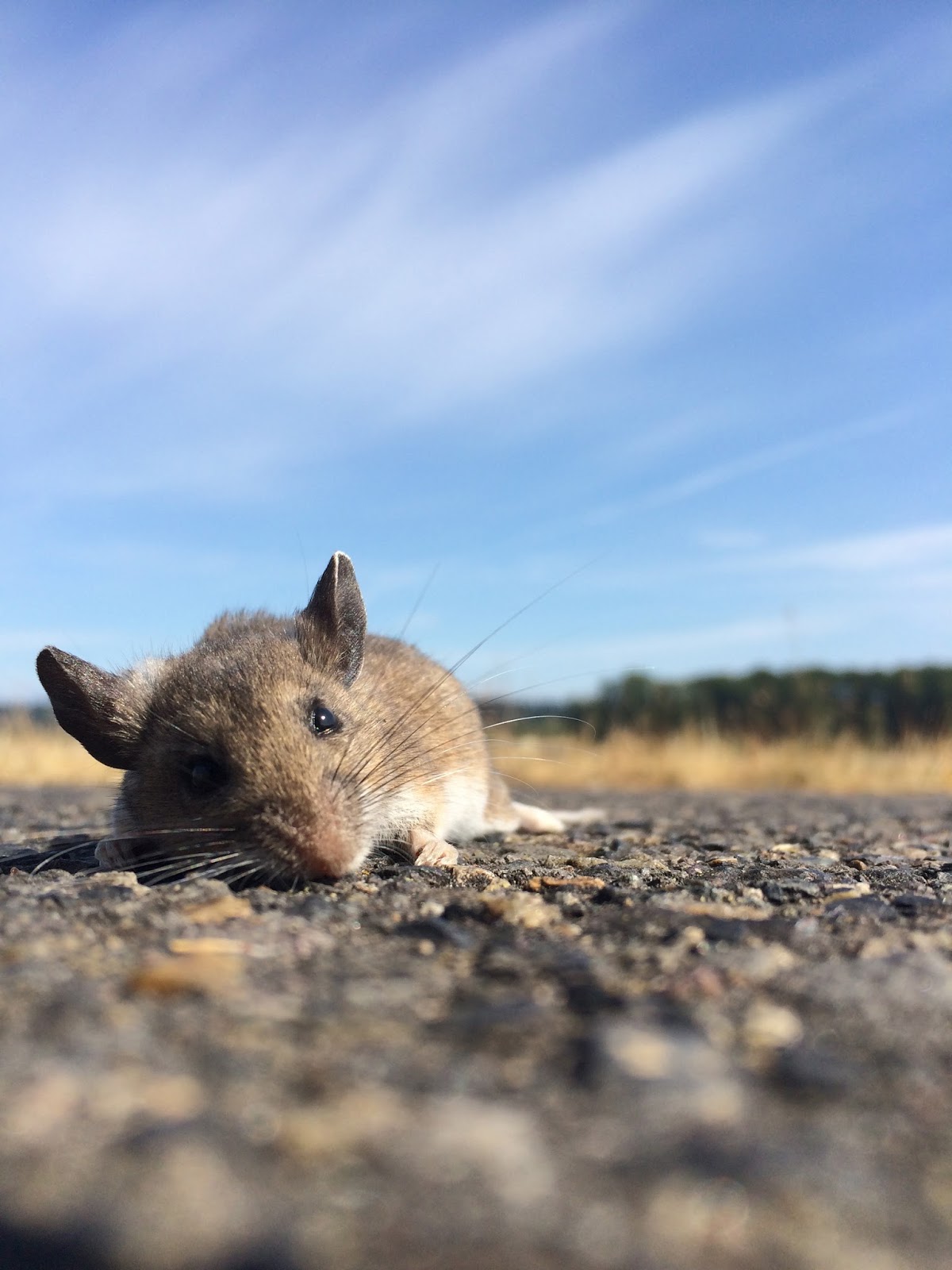 And when all else fails, there are grasshoppers and other critters to look at. 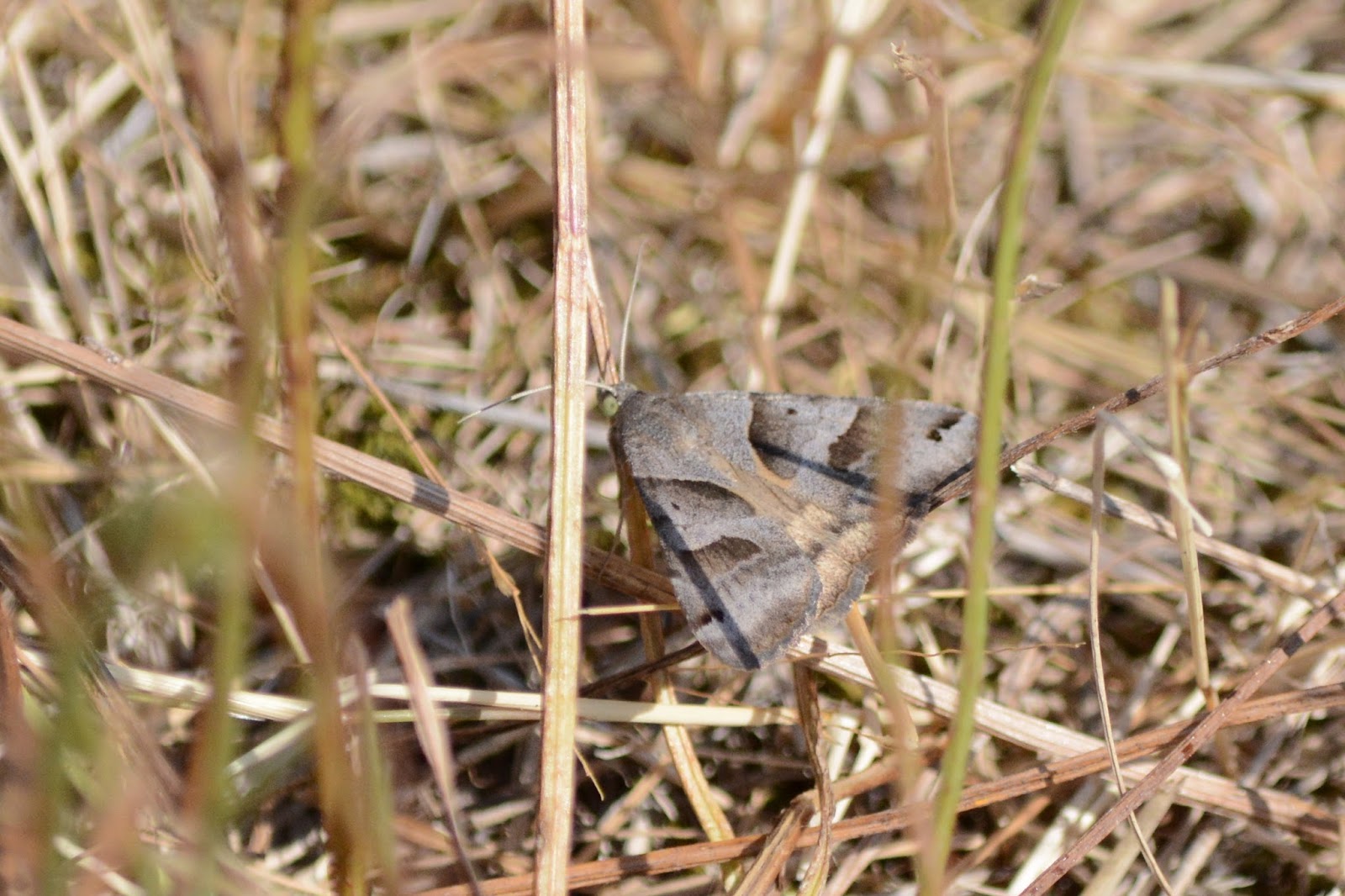 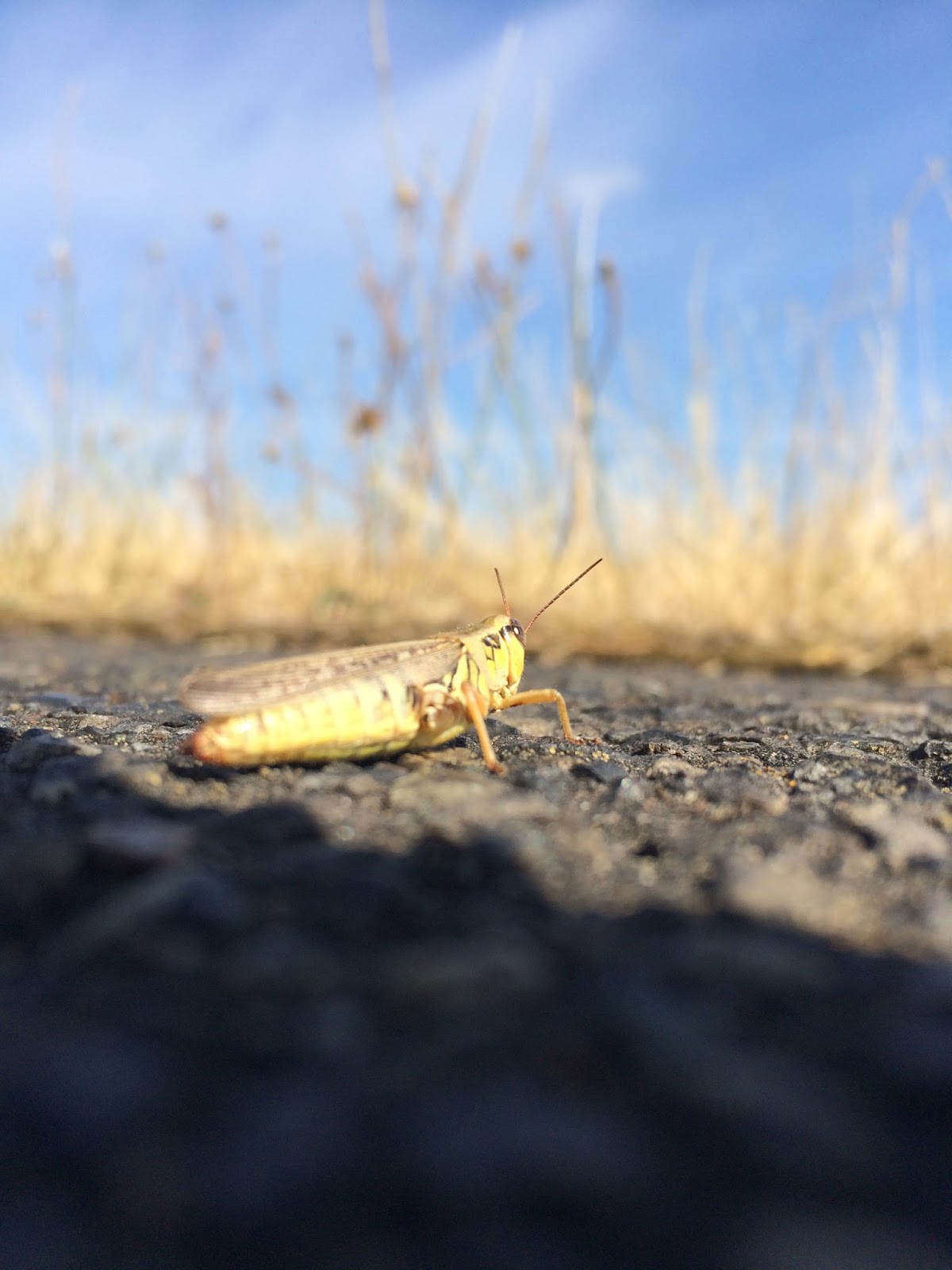 My 2014 motorless list is now up to 121!  Only 14 species to go to tie my list from last year, which is amazing since this year I am trying out a walking-only list.  Last year I rode my bike a bunch.  Good times!