This week in birds.

on August 30, 2014
Thursday morning I set out on a five mile walk to Whitaker Ponds in hopes of adding a bird or two to my motorless list.  My first birding destination along the route was the section of slough bike path that parallels NE Alderwood Road. 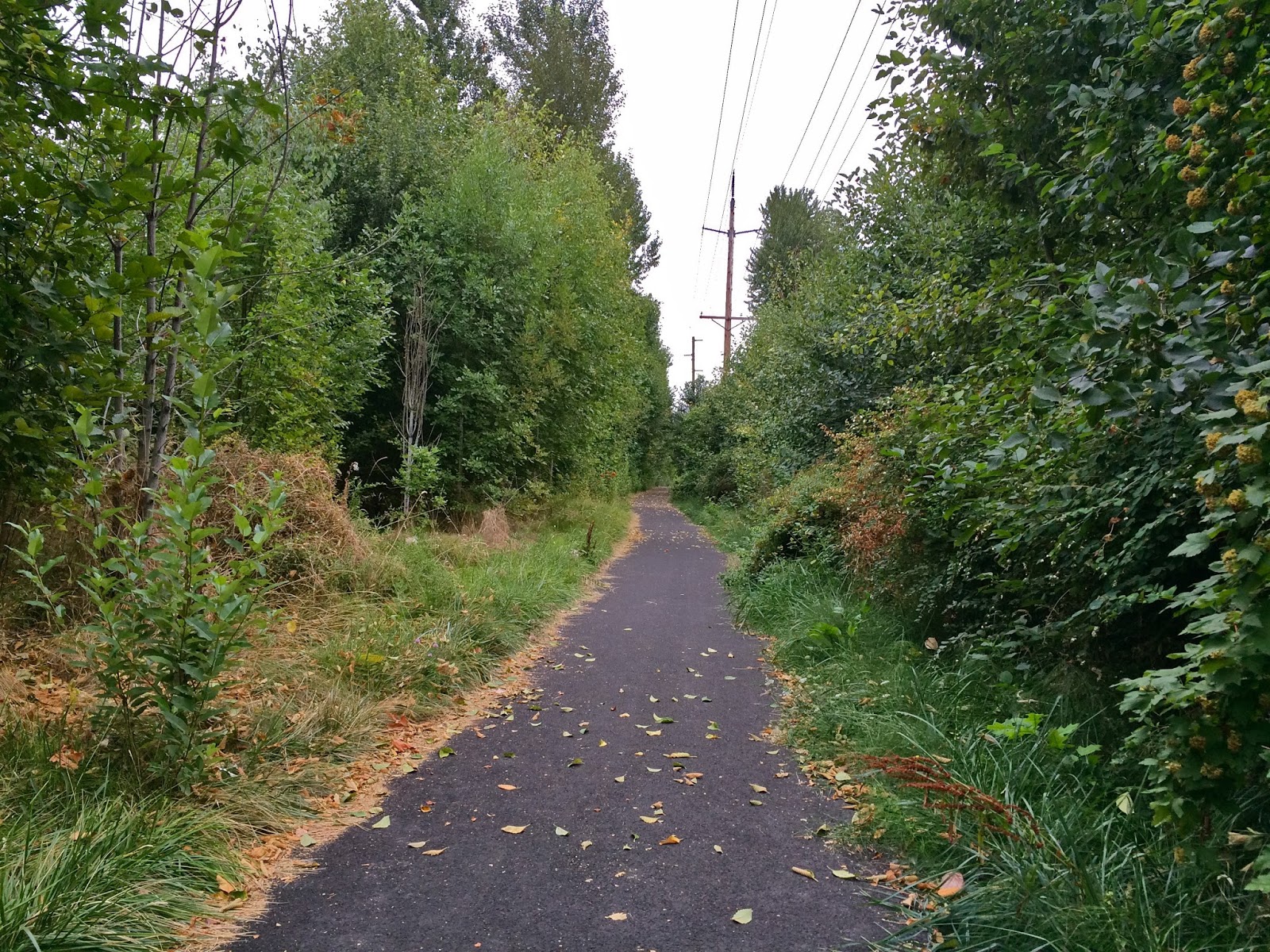 This section is only about half a mile long, but I have always had luck with birds here.  This area was part of a Columbia Slough Bank Stabilization project funded by Port of Portland after a flood in 1996, and a lot of native species thrive here.  Some non-natives flourish here as well, like this spotted jewelweed: 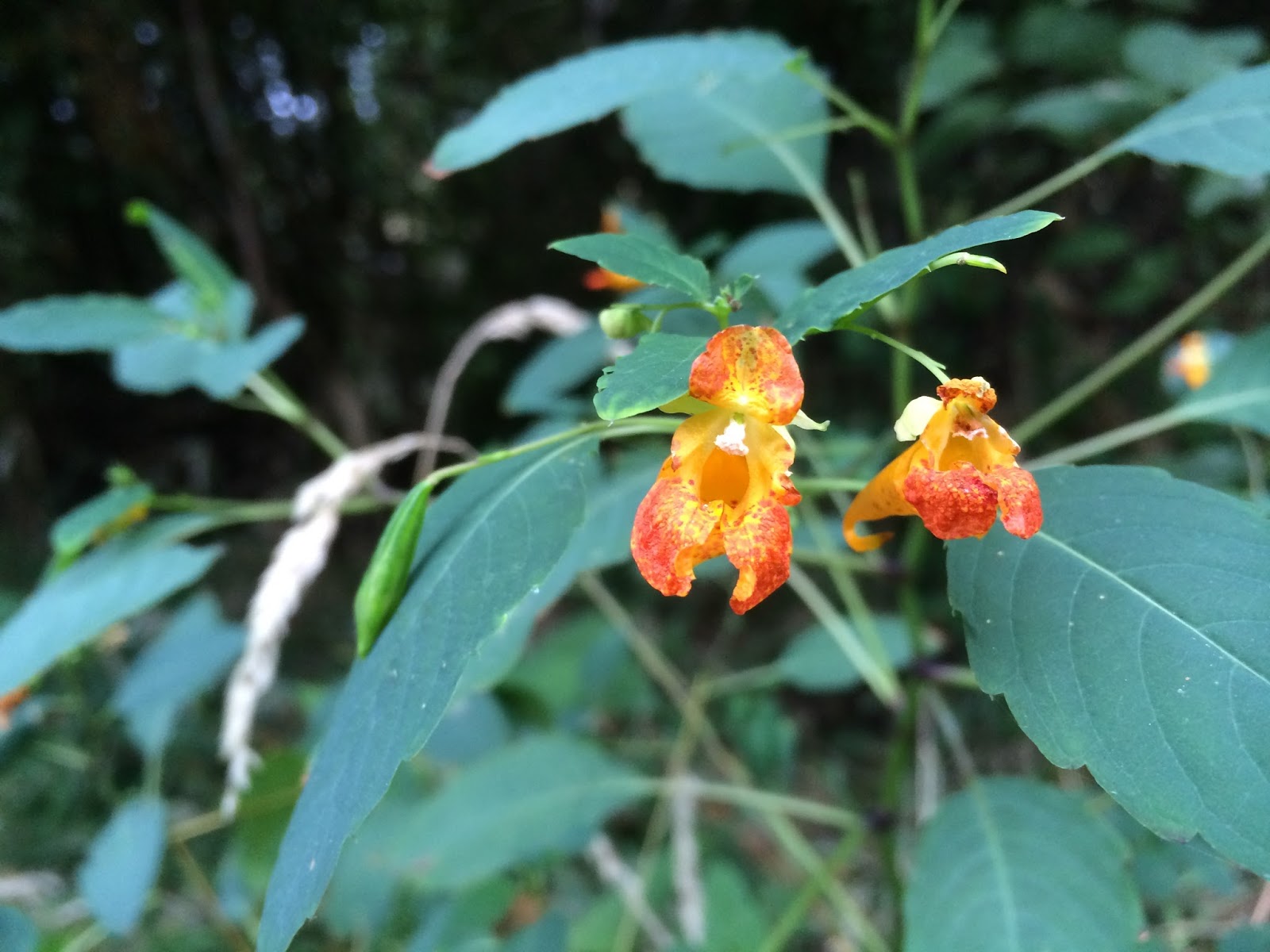 On this day I came across a feisty mixed flock of Black-capped Chickadees, Bewick's Wrens, Bushtits, Cedar Waxwings, and a lone but ballsy Black-throated Gray Warbler.  The trail ends at NE 92nd Ave and the Alderwood Trail picks up for another short stretch.  It was near this second trail that I felt a sharp pain in my foot and found this guy stuck through the sole of my sneaker: 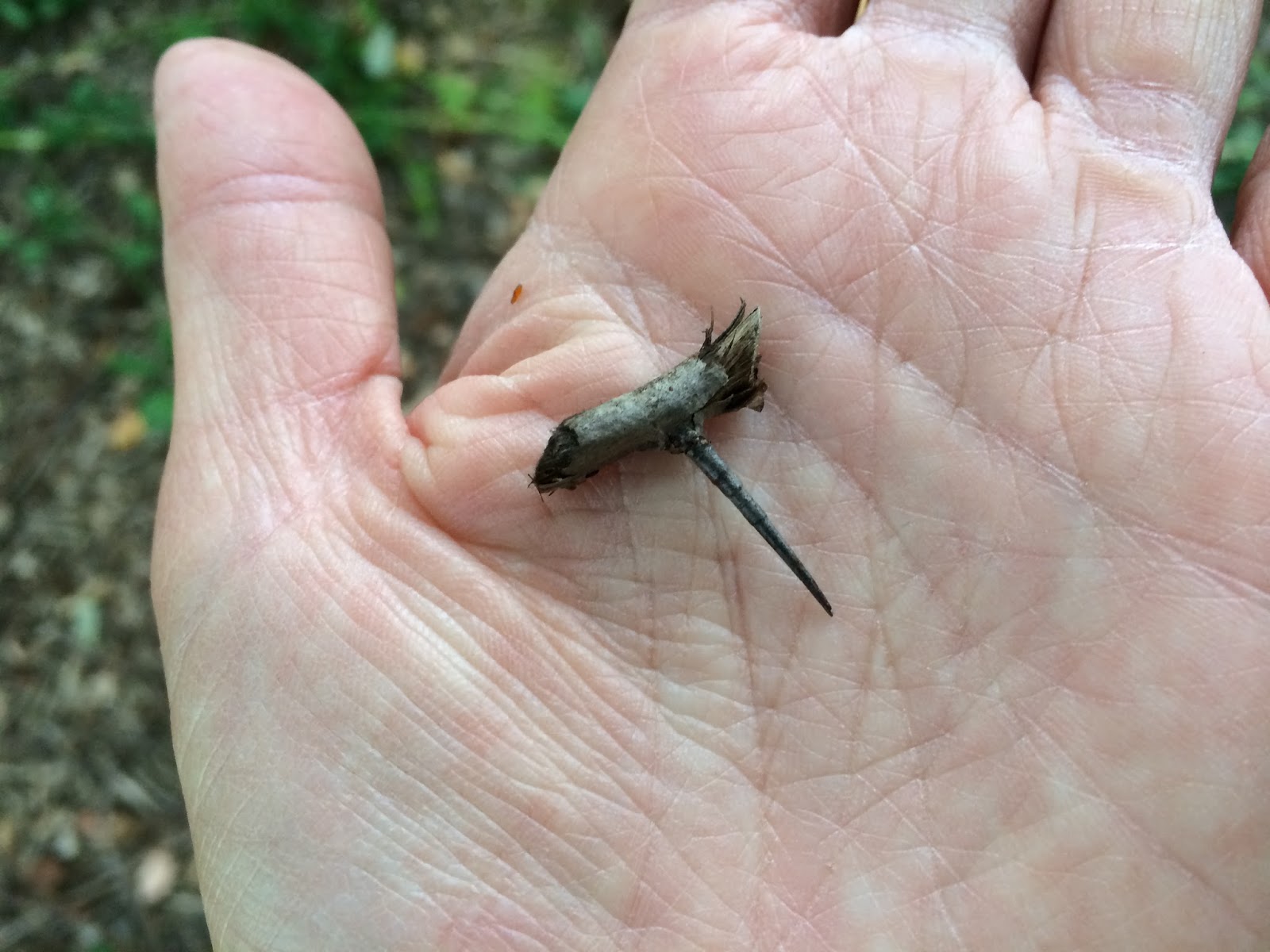 Ow.  As I continued up Alderwood I noticed some crows hanging out in the U.S. Customs and Border Protection parking lot. 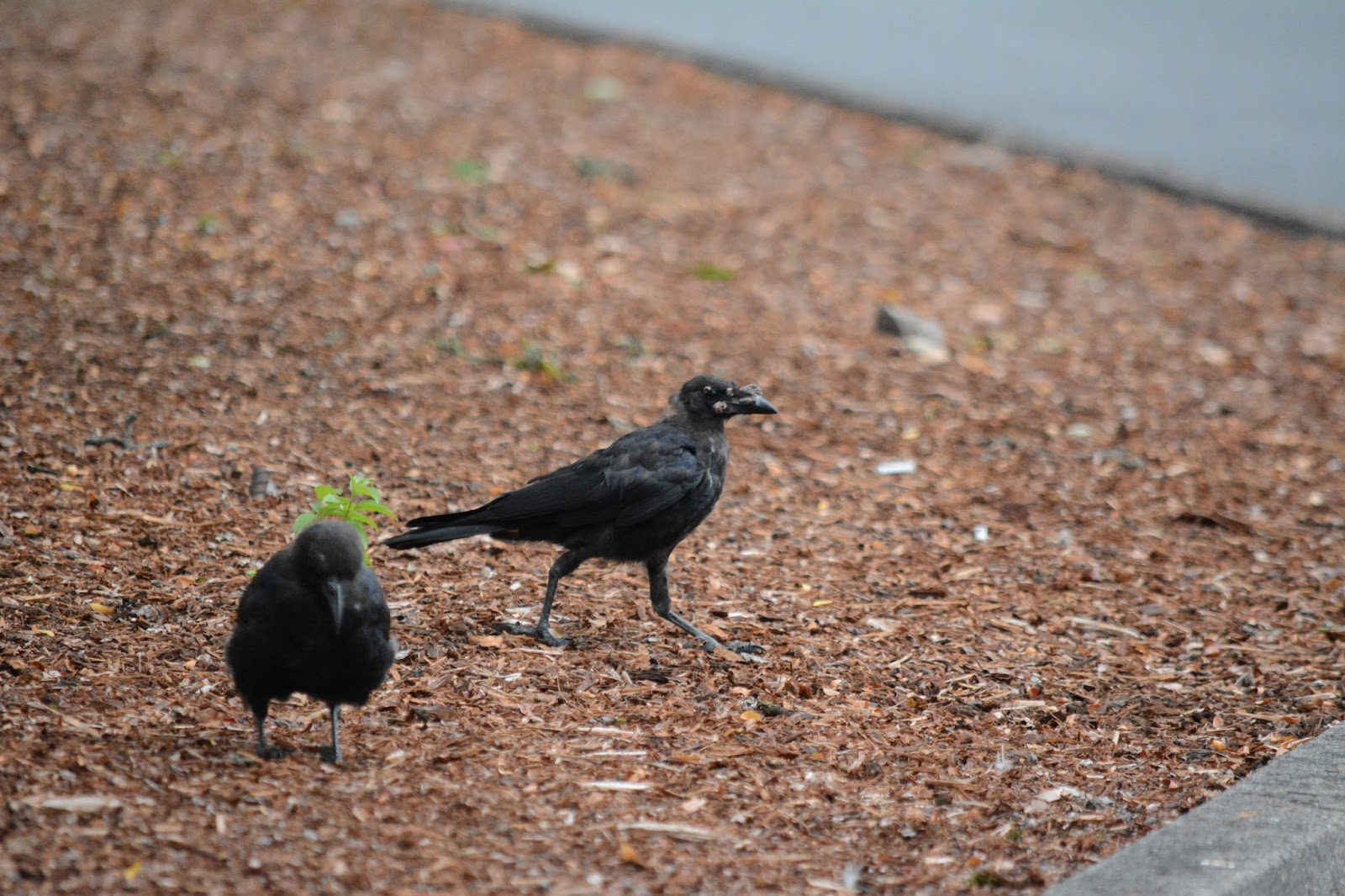 Poor dude.  I eventually made it to the slough adjacent to Whitaker Ponds where Cedar Waxwings were flying down to snack on Oregon grape. 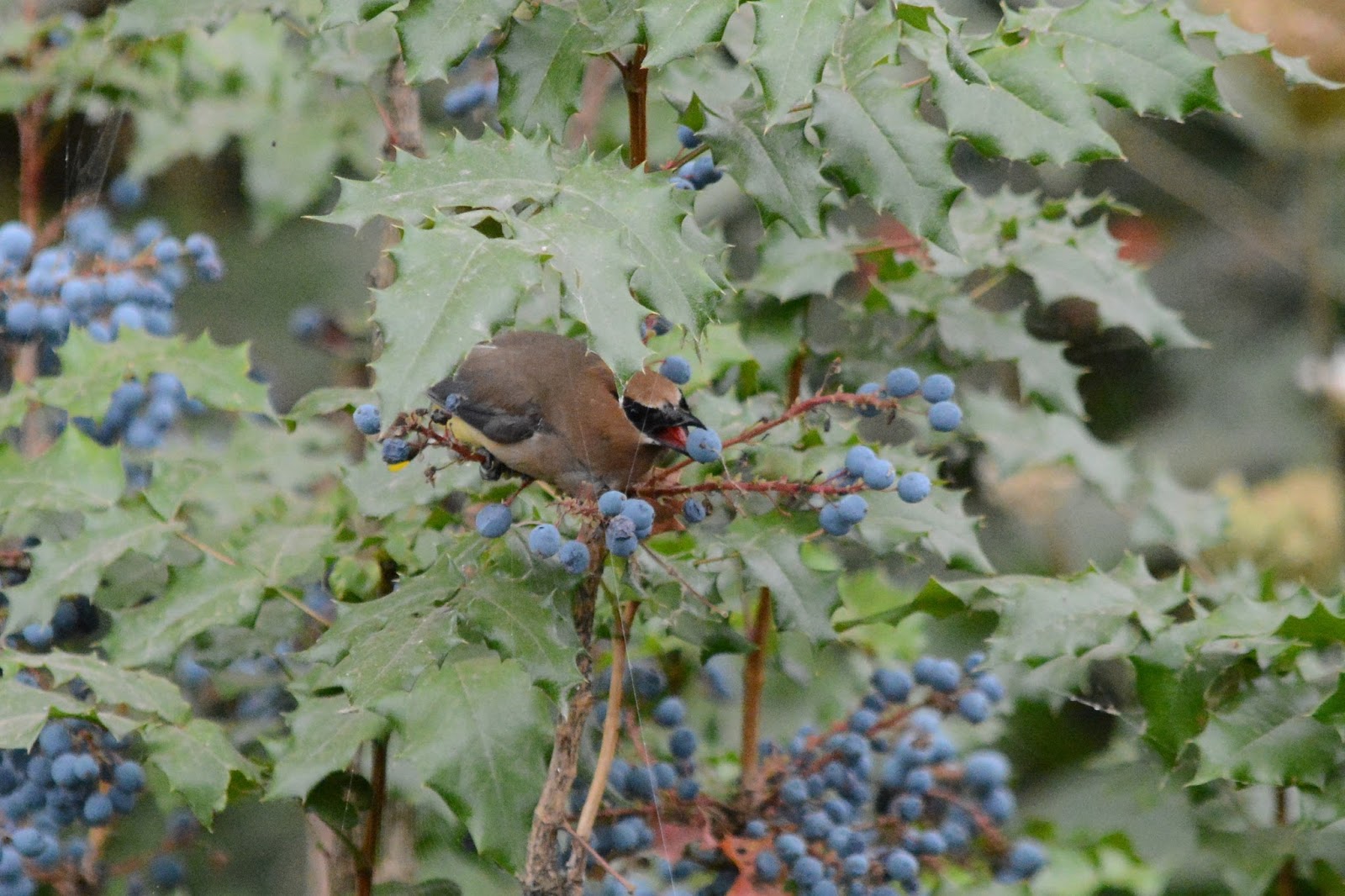 The ponds themselves were relatively birdy (relative to the fact that it was August), but frogs were a bit more accommodating photo-wise. 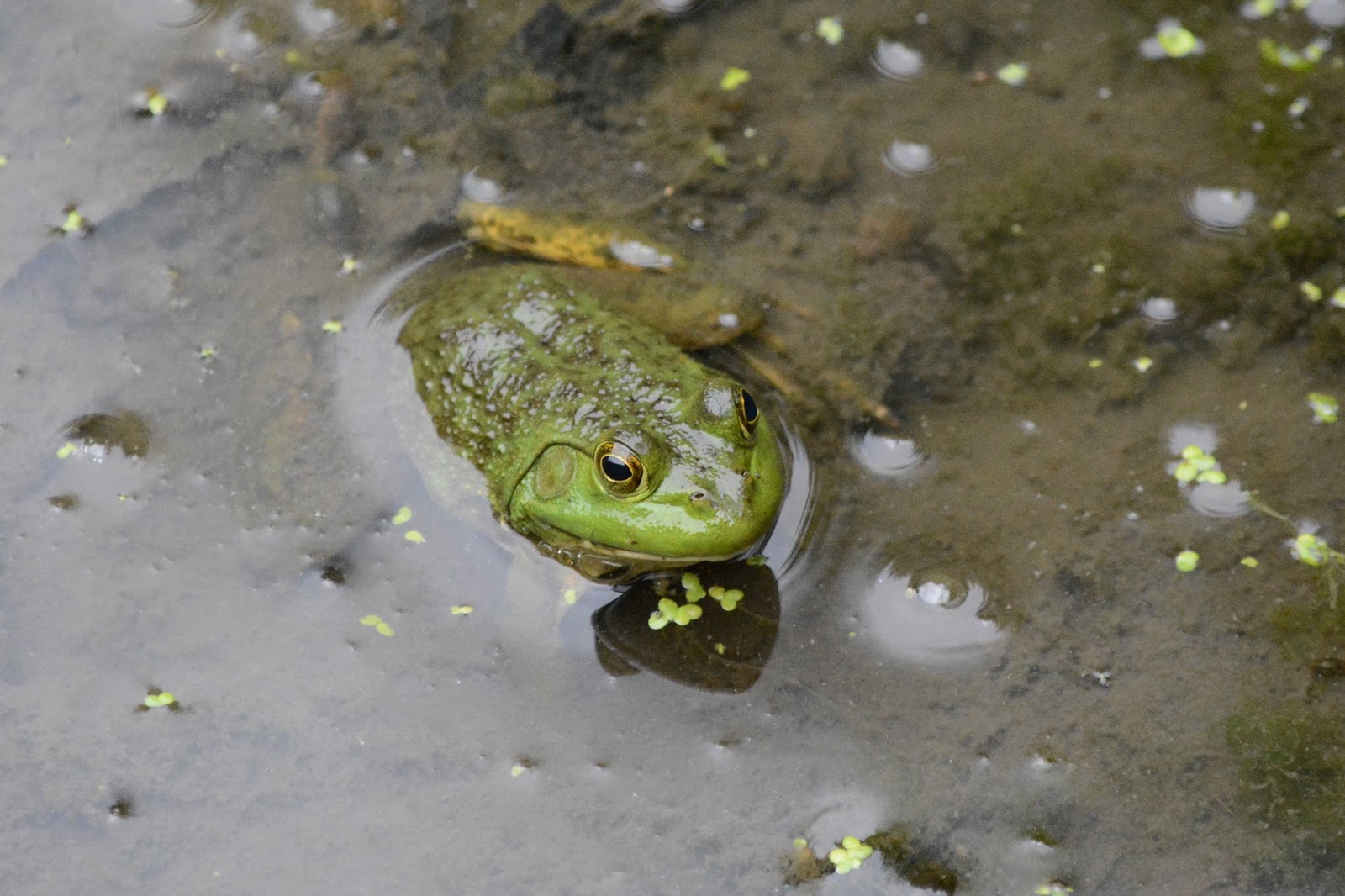 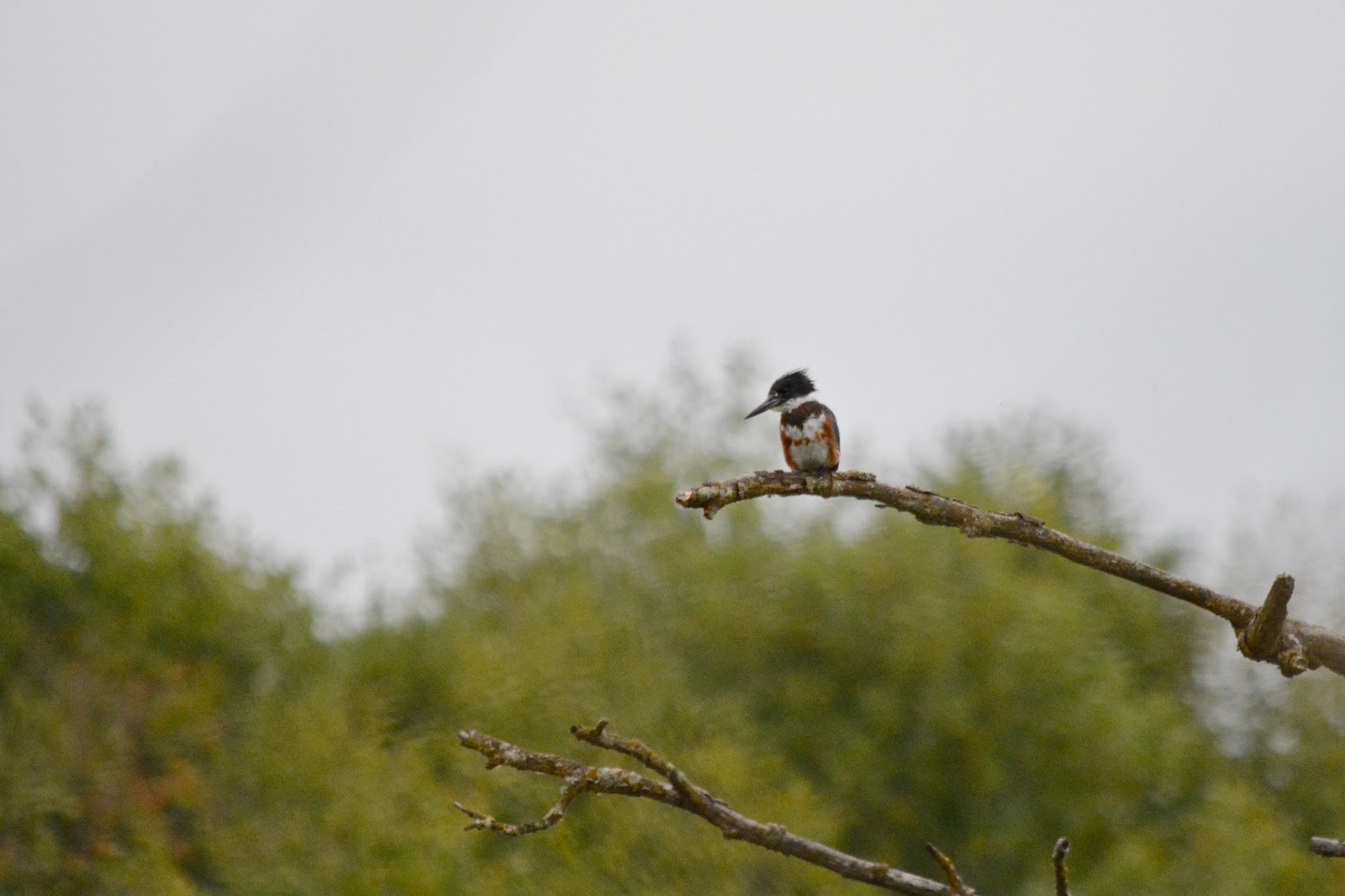 Yellowthroats stayed in the shadows... 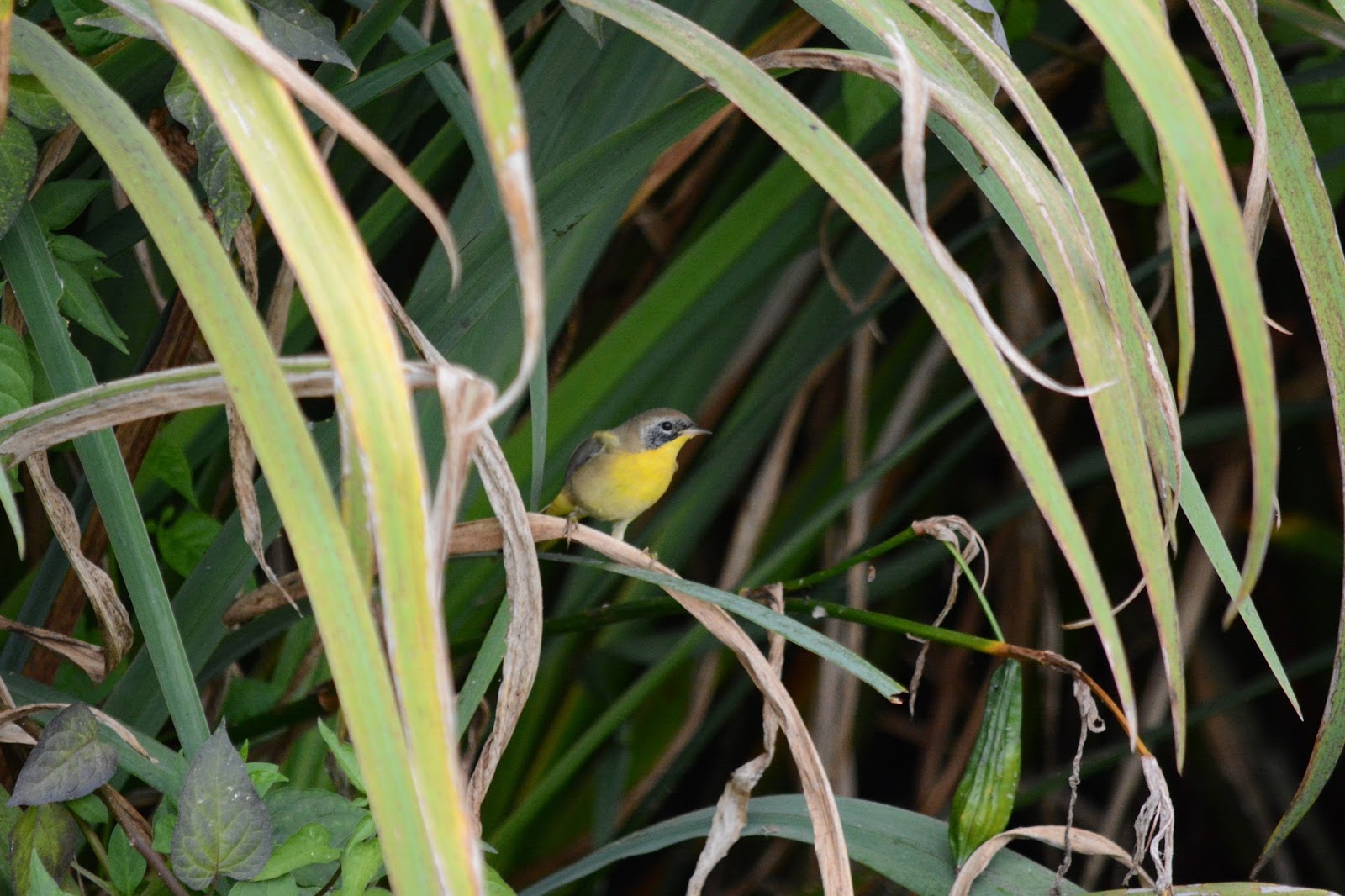 And ducks preferred the other side of the pond. 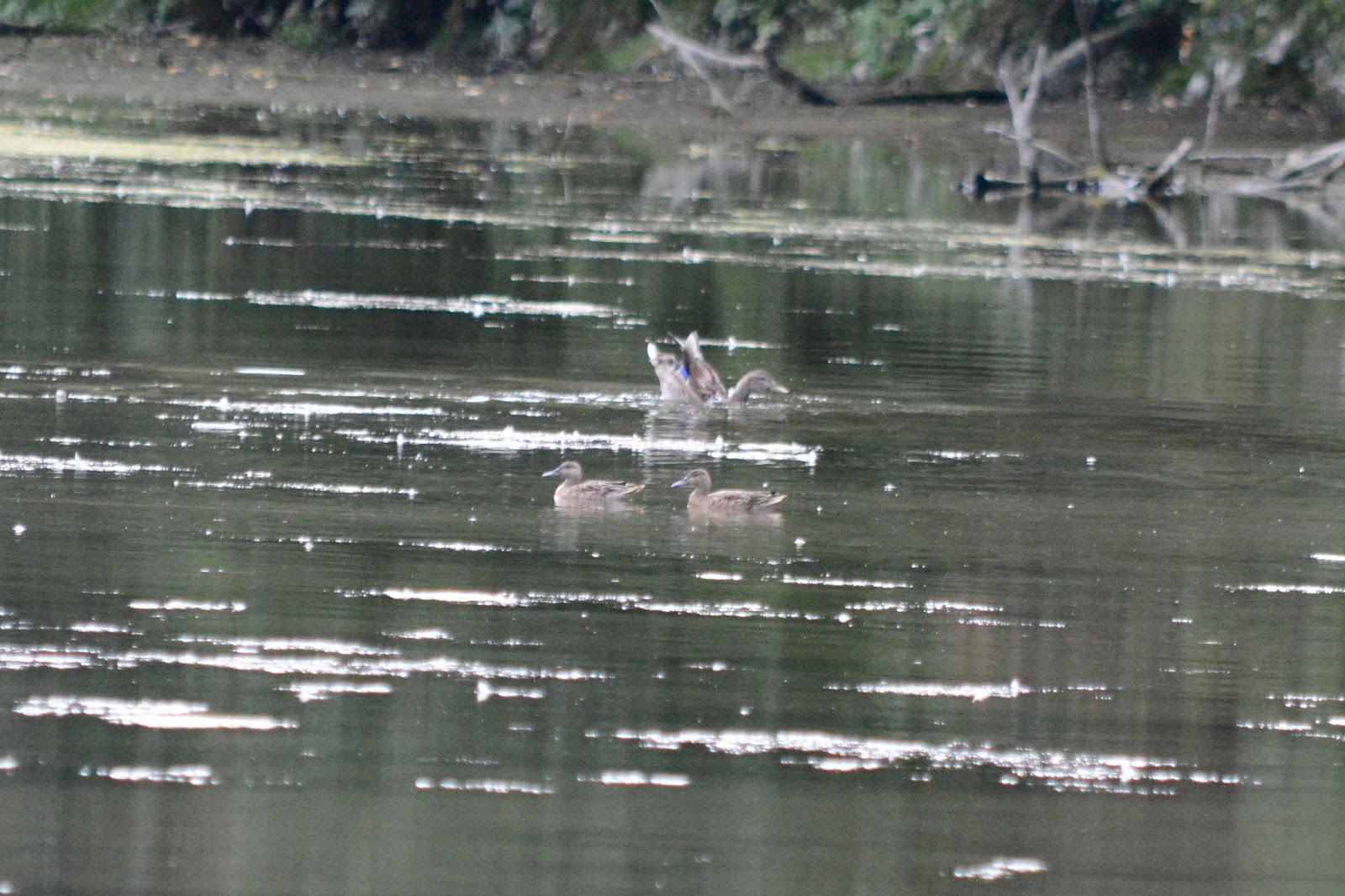 But!  These weren't just any ducks.  I was pretty sure these were a couple of Cinnamon Teals (thanks for the confirmation, Steve!)  a motorless target that I had missed so many times since spring.  Motorless year bird #122!  Woohoo.

Yesterday morning I went up to Ridgefield NWR for the first time in almost two months.  A Wilson's Snipe was the first greeter... 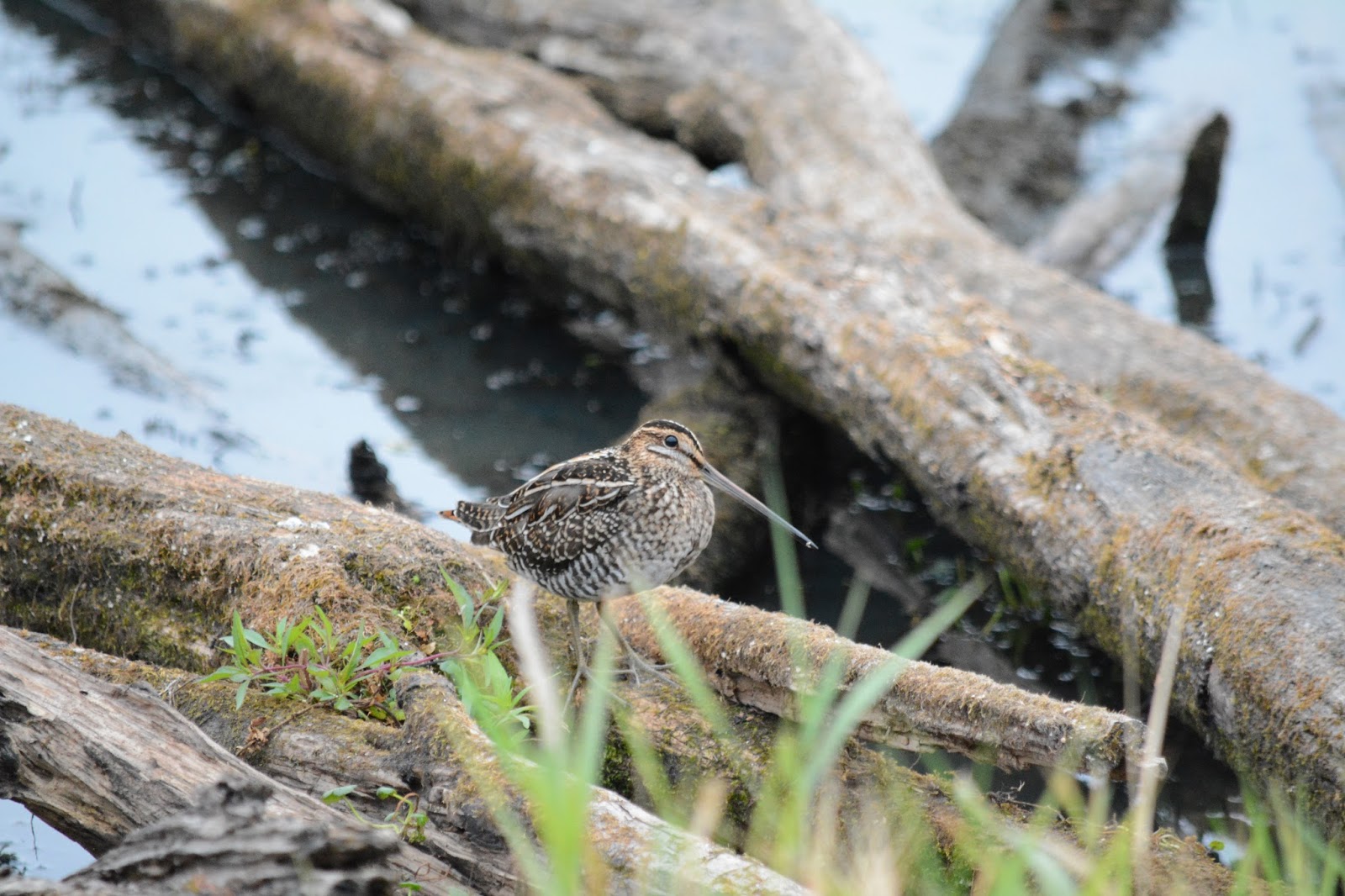 A couple of ravens were flying around one spot, annoyed by the arrival of a Red-tailed Hawk. 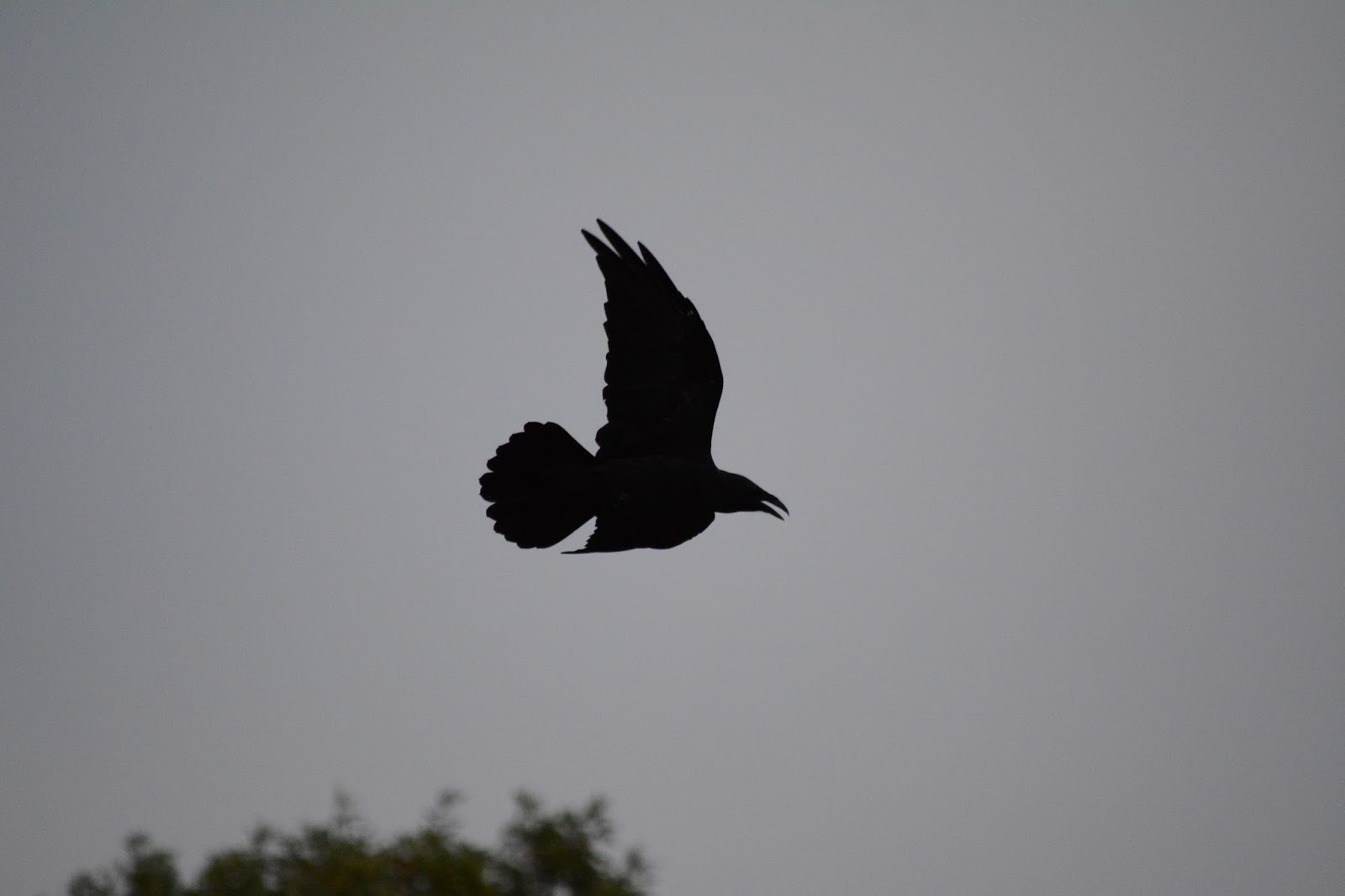 I decided to walk the Kiwa Trail for the first and probably last time this year.  Things were mellow but alright. 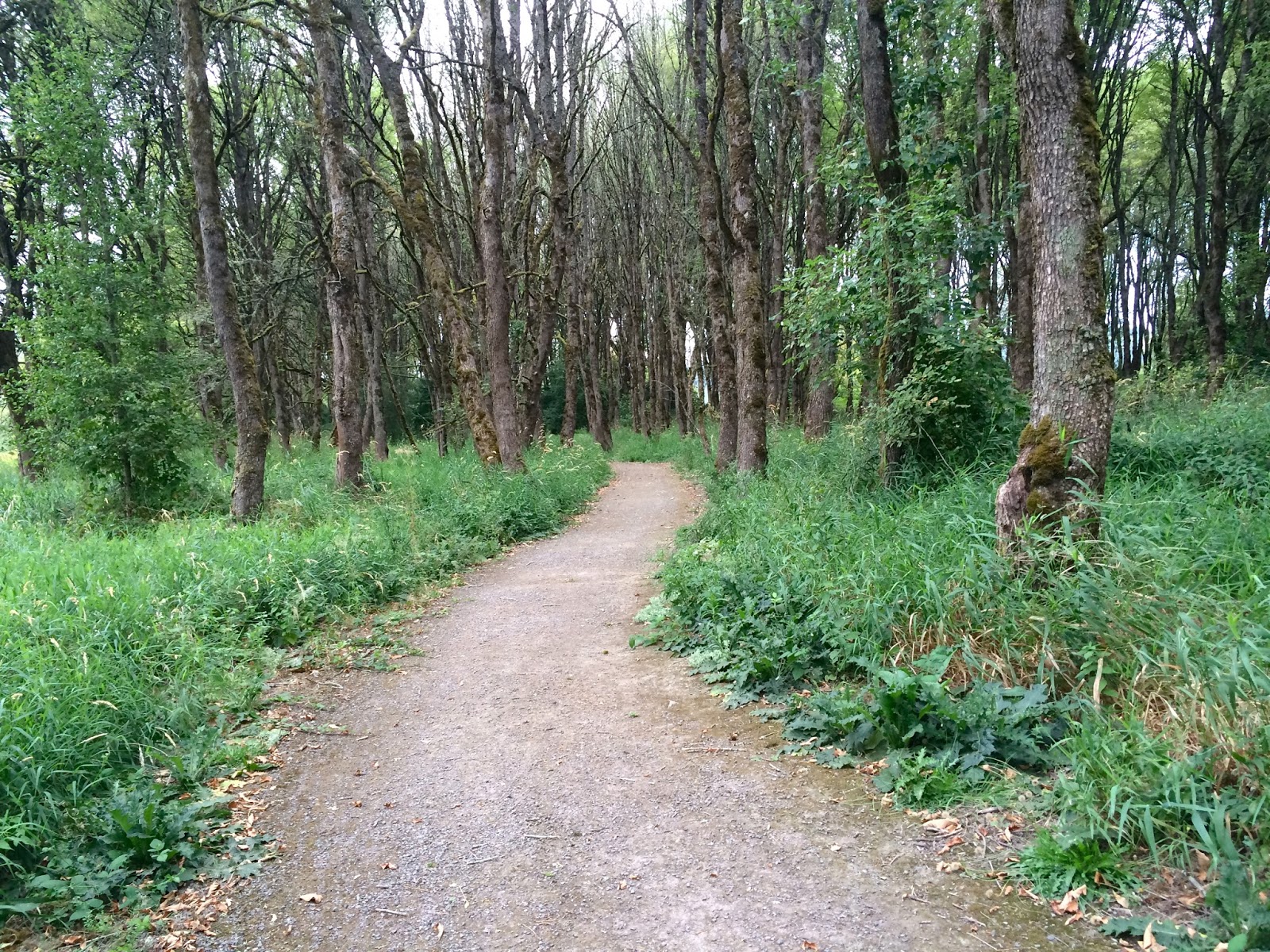 A slug was crossing the trail at one point and I decided to bust out the Hyperlapse app on it.  In case you are not familiar, this is an app that records a video but cuts it into frames like a time lapse video.

Not too exciting, but stay tuned for a feeder video soon.  Back on the trail, most of the bird activity involved young Savannah Sparrows and a handful of Mourning Doves posing for retro Valentine's Day cards. 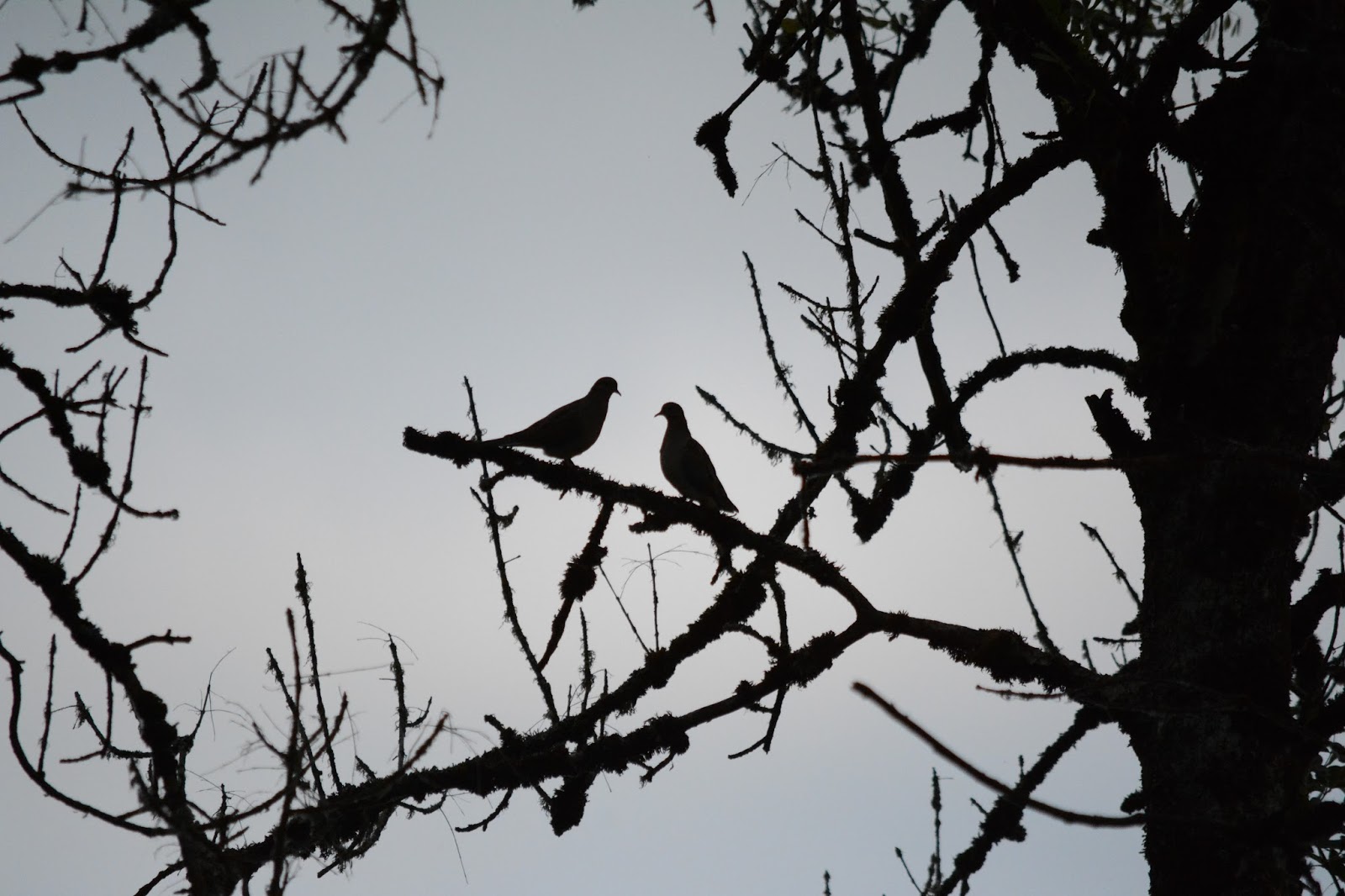 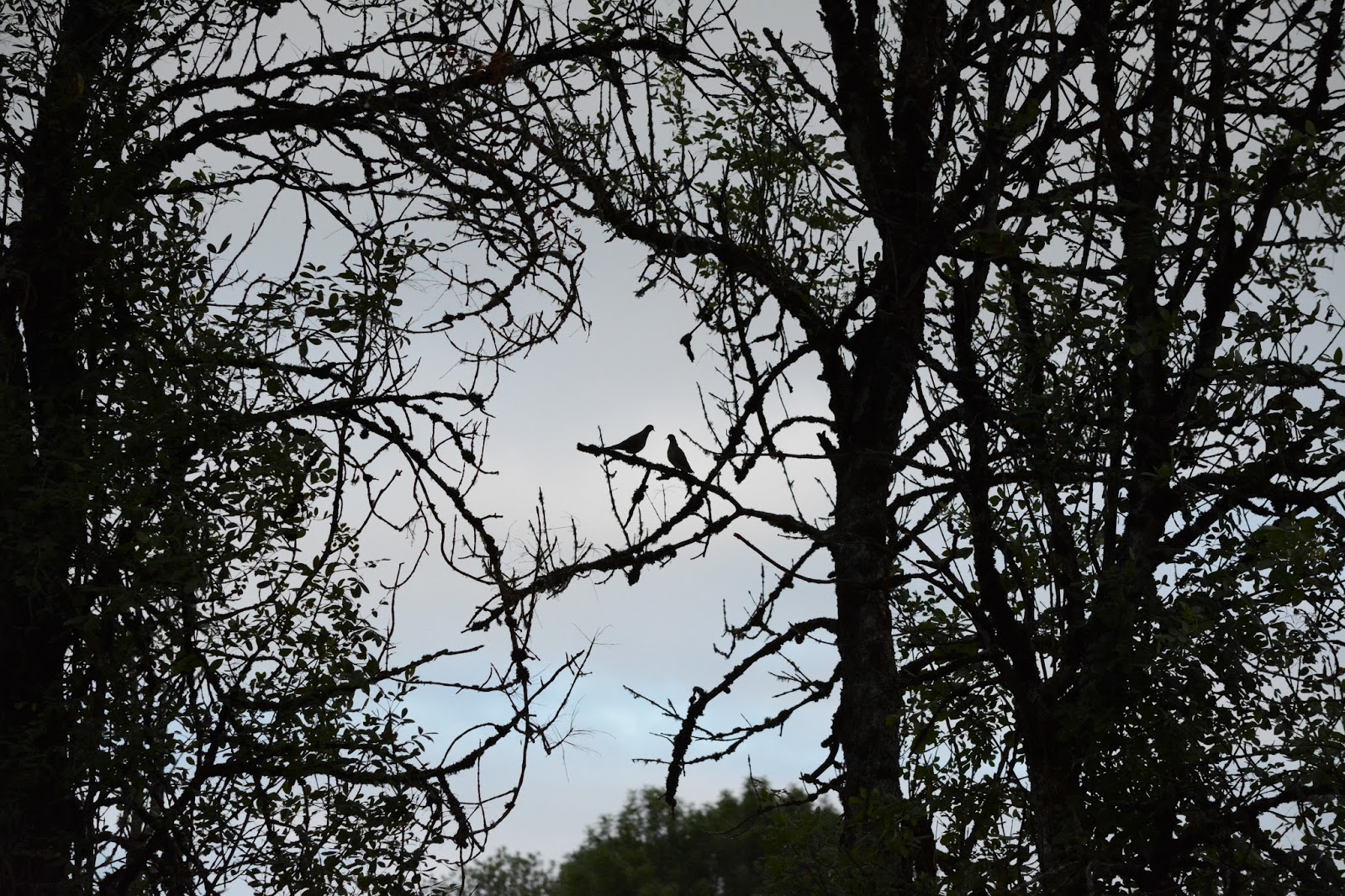 Half a dozen Turkey Vultures were roosting along the trail. 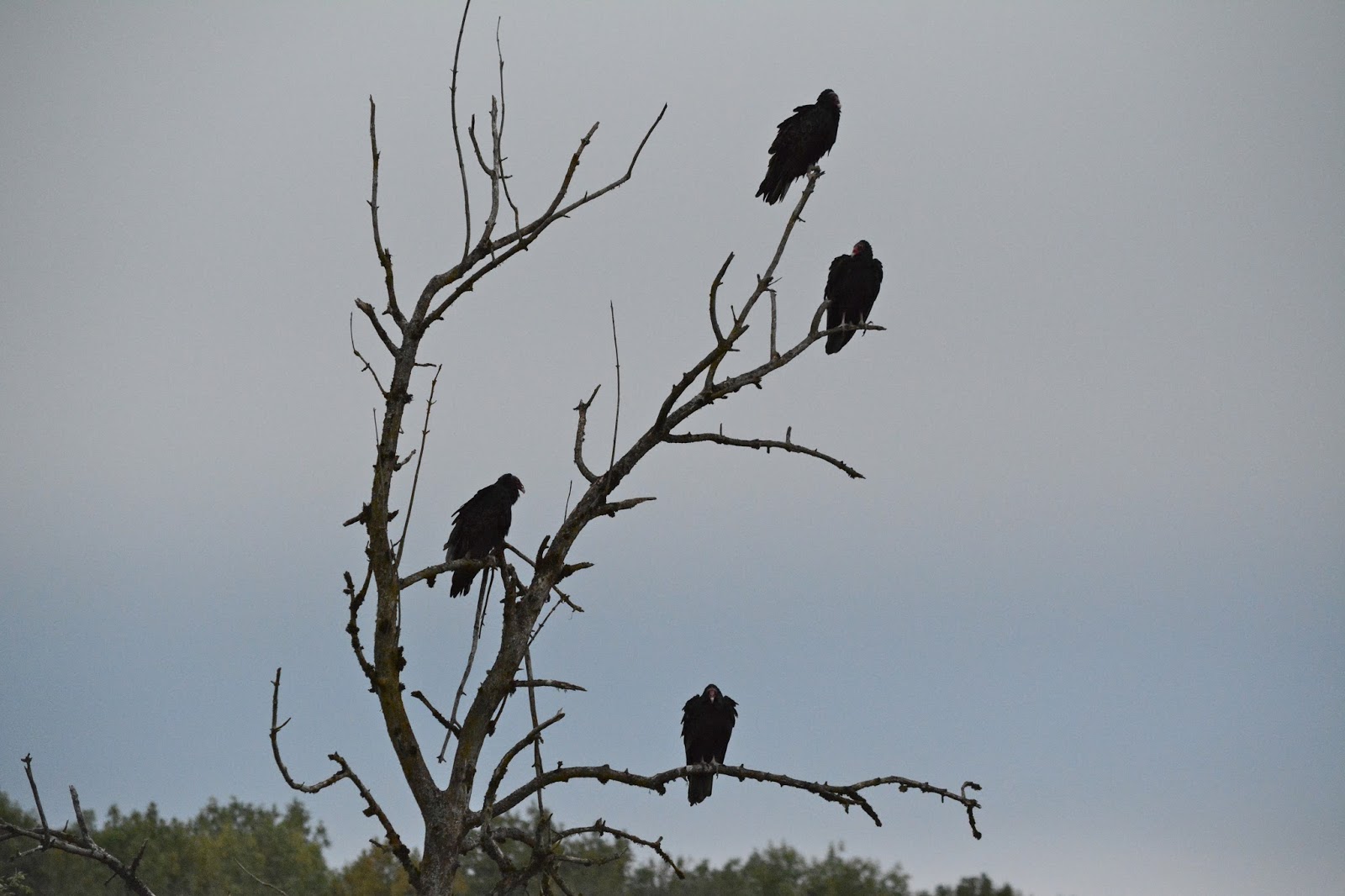 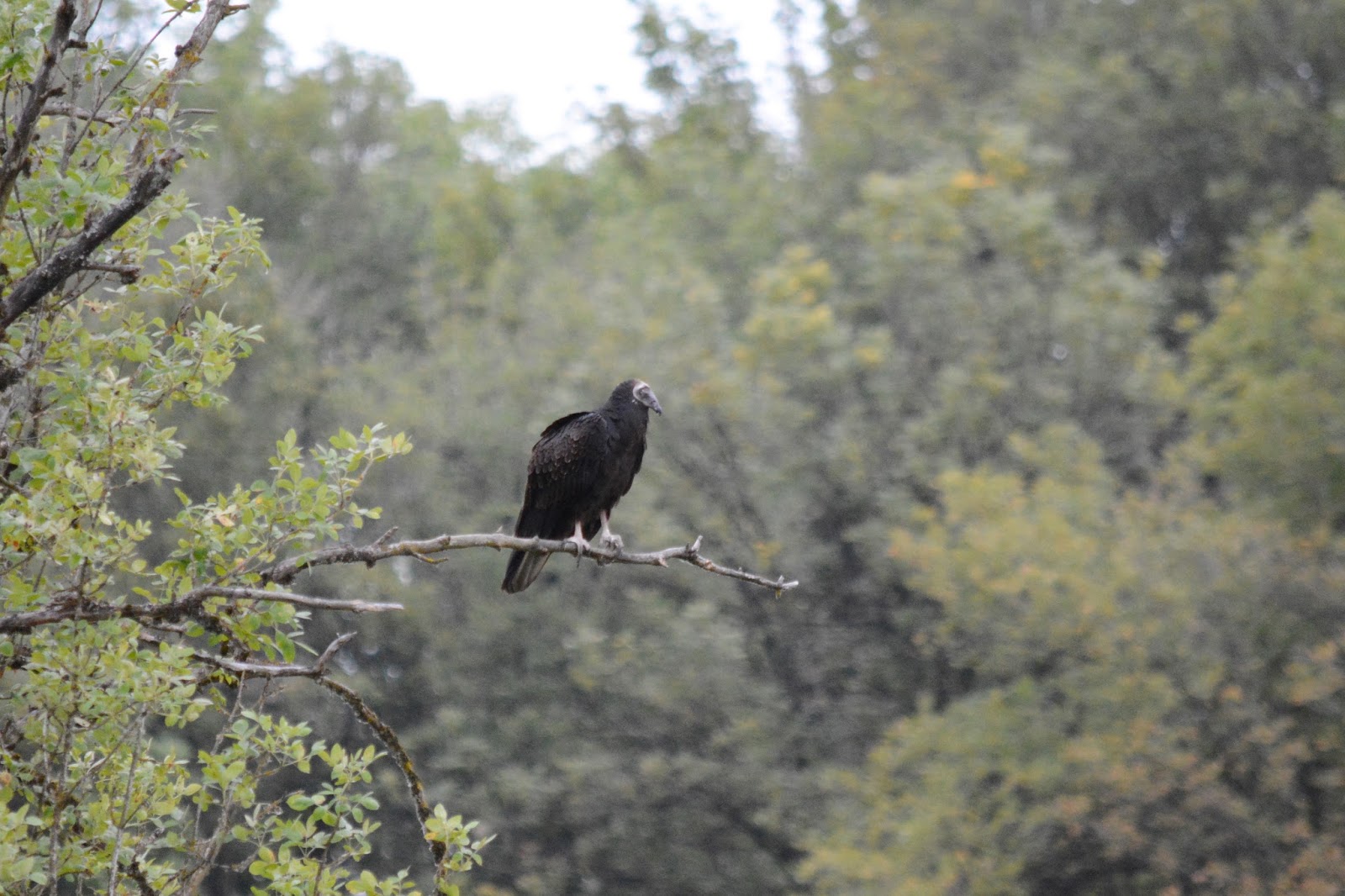 Back on the auto tour I was ready for the last part of the loop where shorebirds often congregate.  First shorebird seen was this fellow that in the field I was confident was a Solitary Sandpiper. 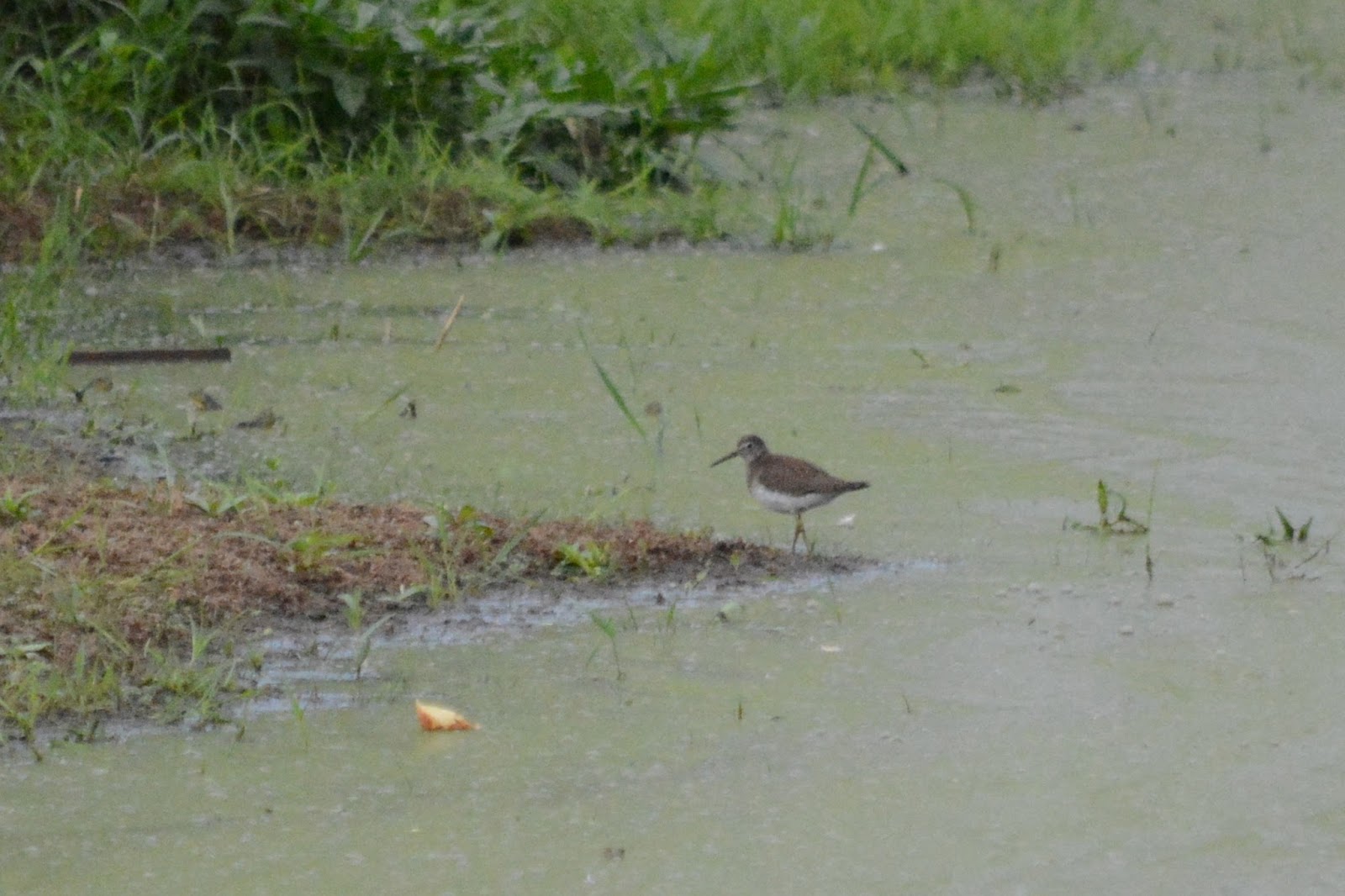 Looking at photos, I started to doubt this ID and am still feeling confused.  If only the bird were closer or my photos better, I might have more confidence.  [note: it is indeed a Solitary Sandpiper]

On the opposite side of the road, Least and Western Sandpipers were way more identifiable, along with a couple of Greater Yellowlegs. 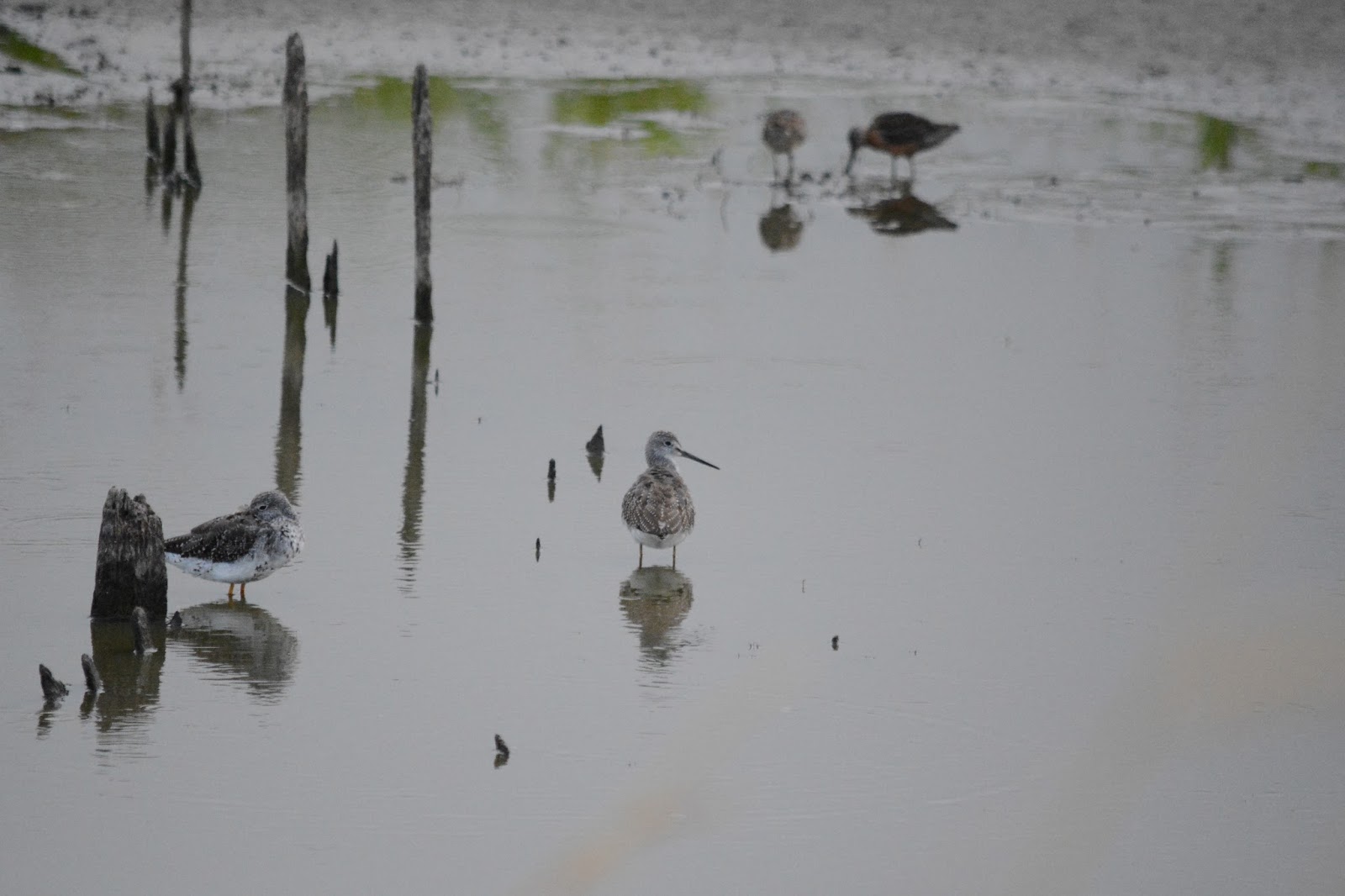 A couple of dowitchers seen above eventually made their way closer to me just as the sun peeked out. 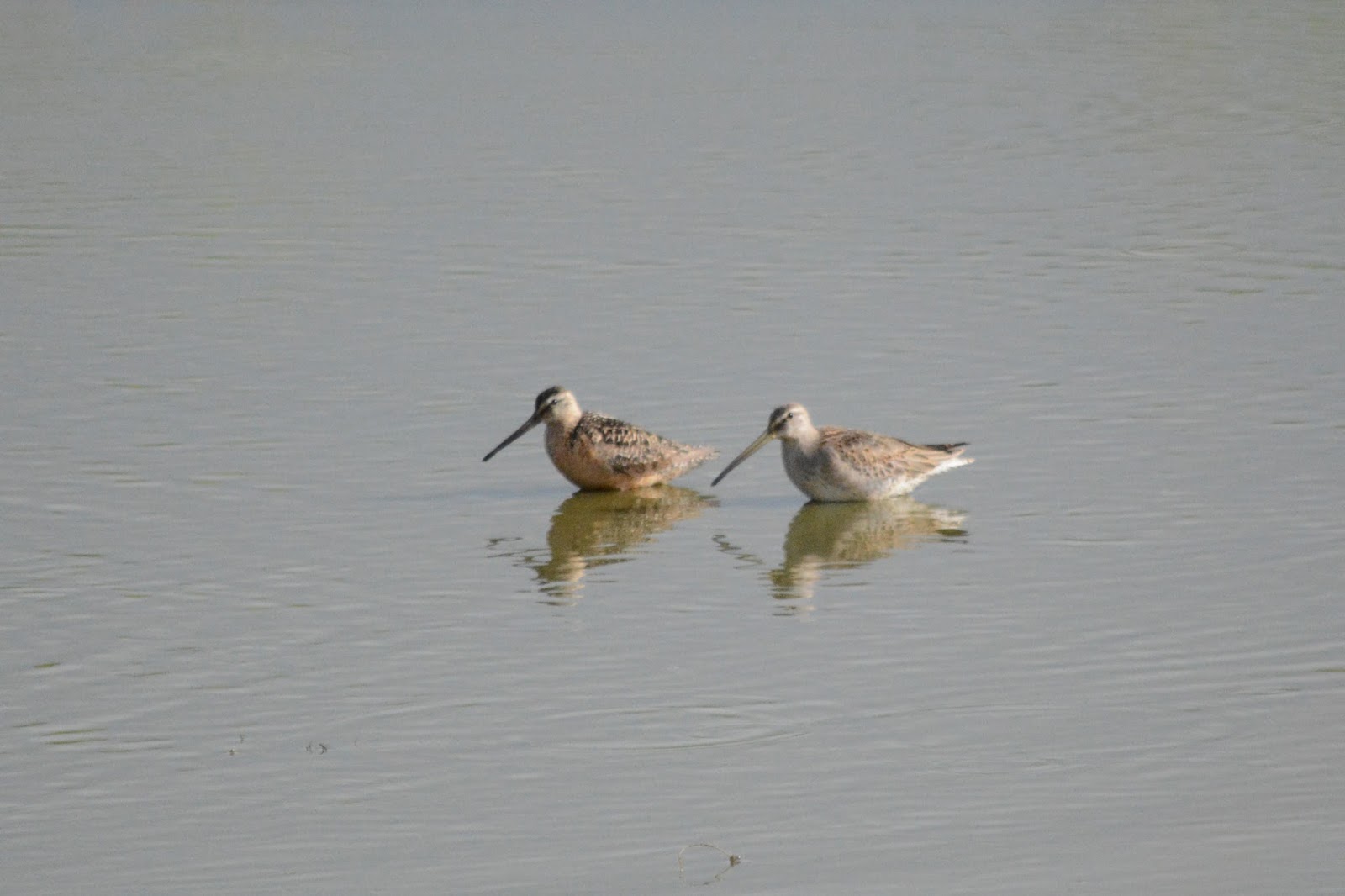 The sun seemed to lure bitterns out of the grass... 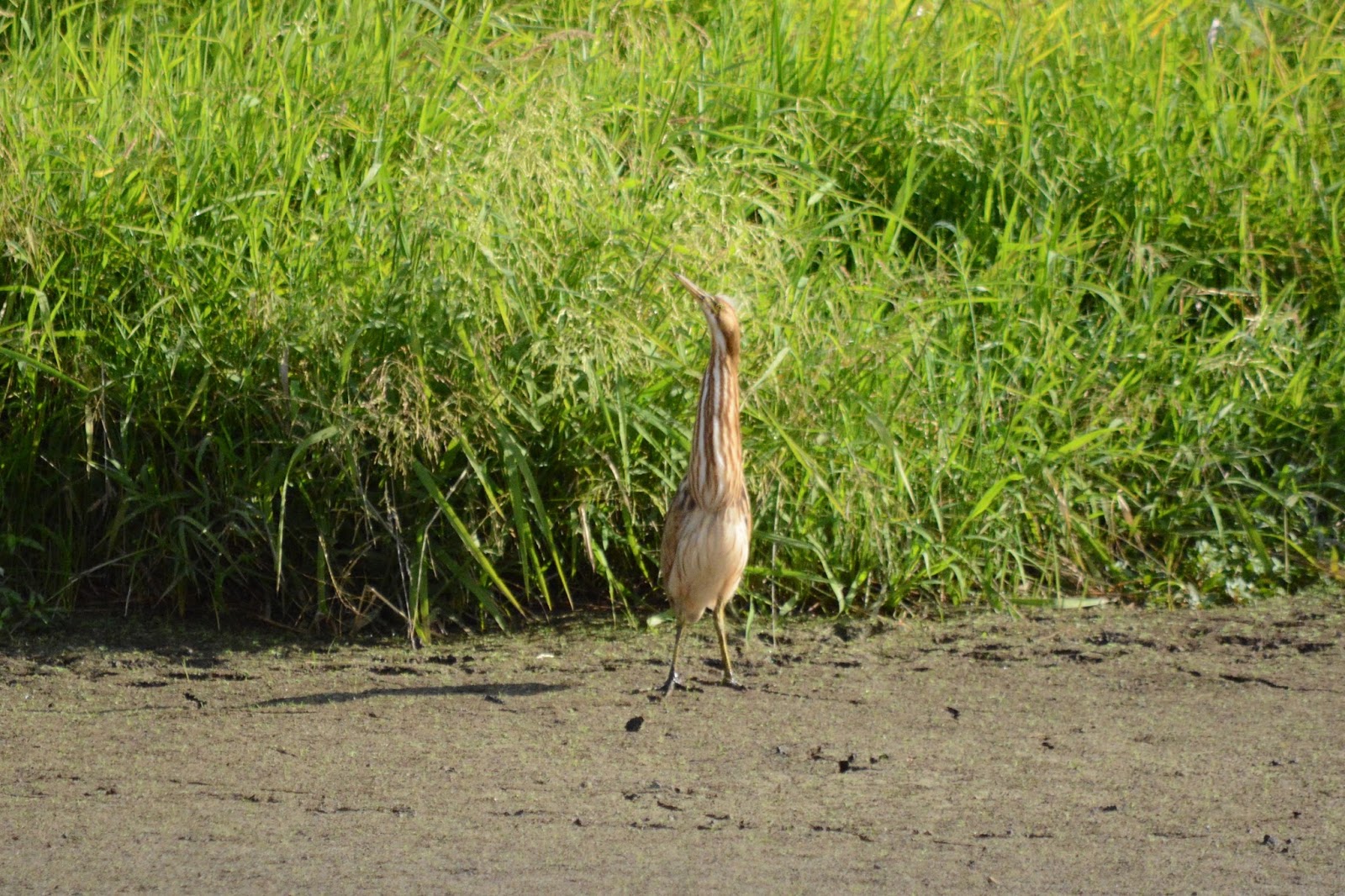