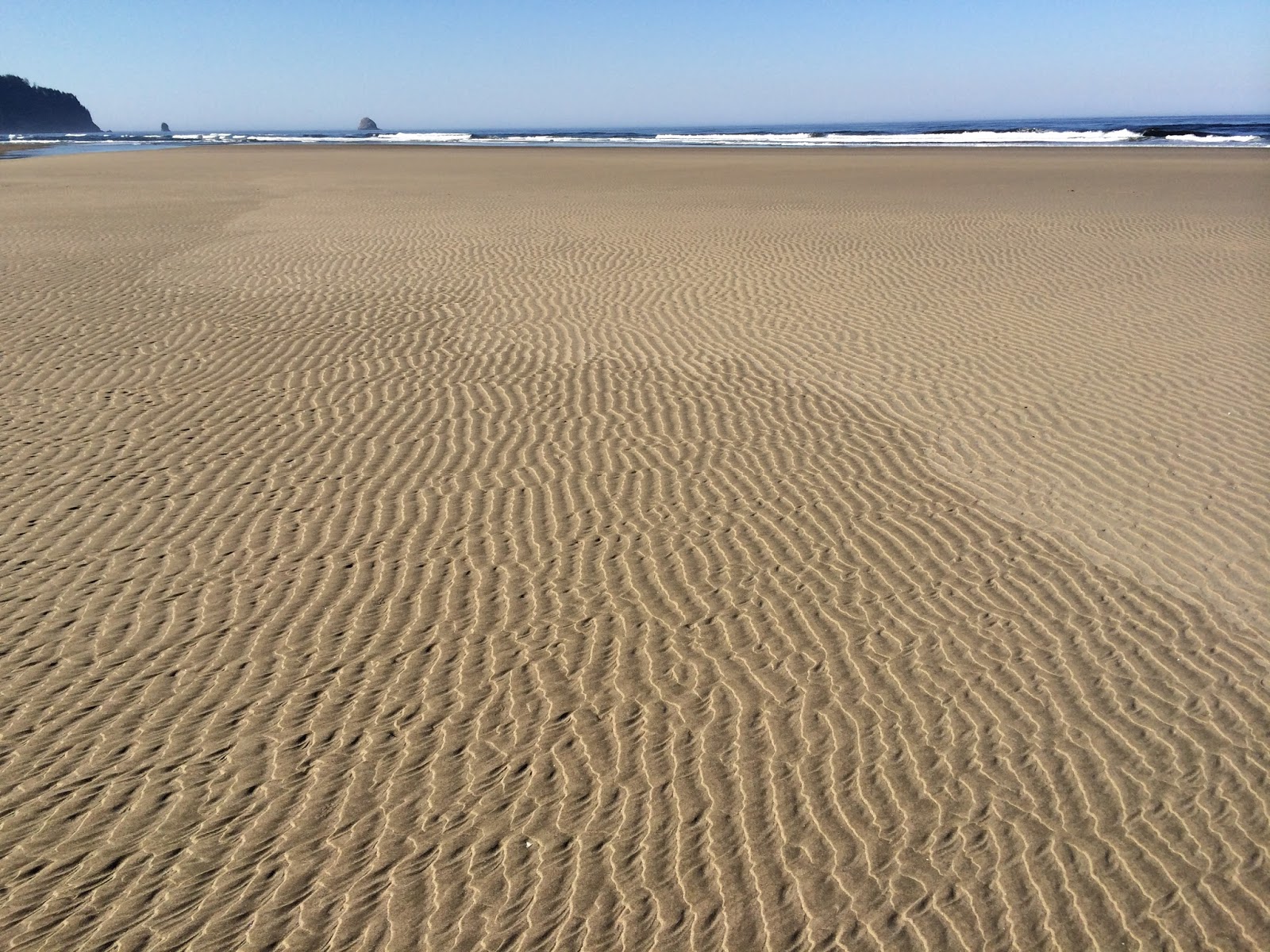 I went out to Tillamook County on Sunday to search for the recently reported Snowy Plovers, first at Bayocean Spit and later at the south spit of Sand Lake in Tierra del Mar.  Bayocean was a bust for plovers but I found four Baird's Sandpipers upon arrival. 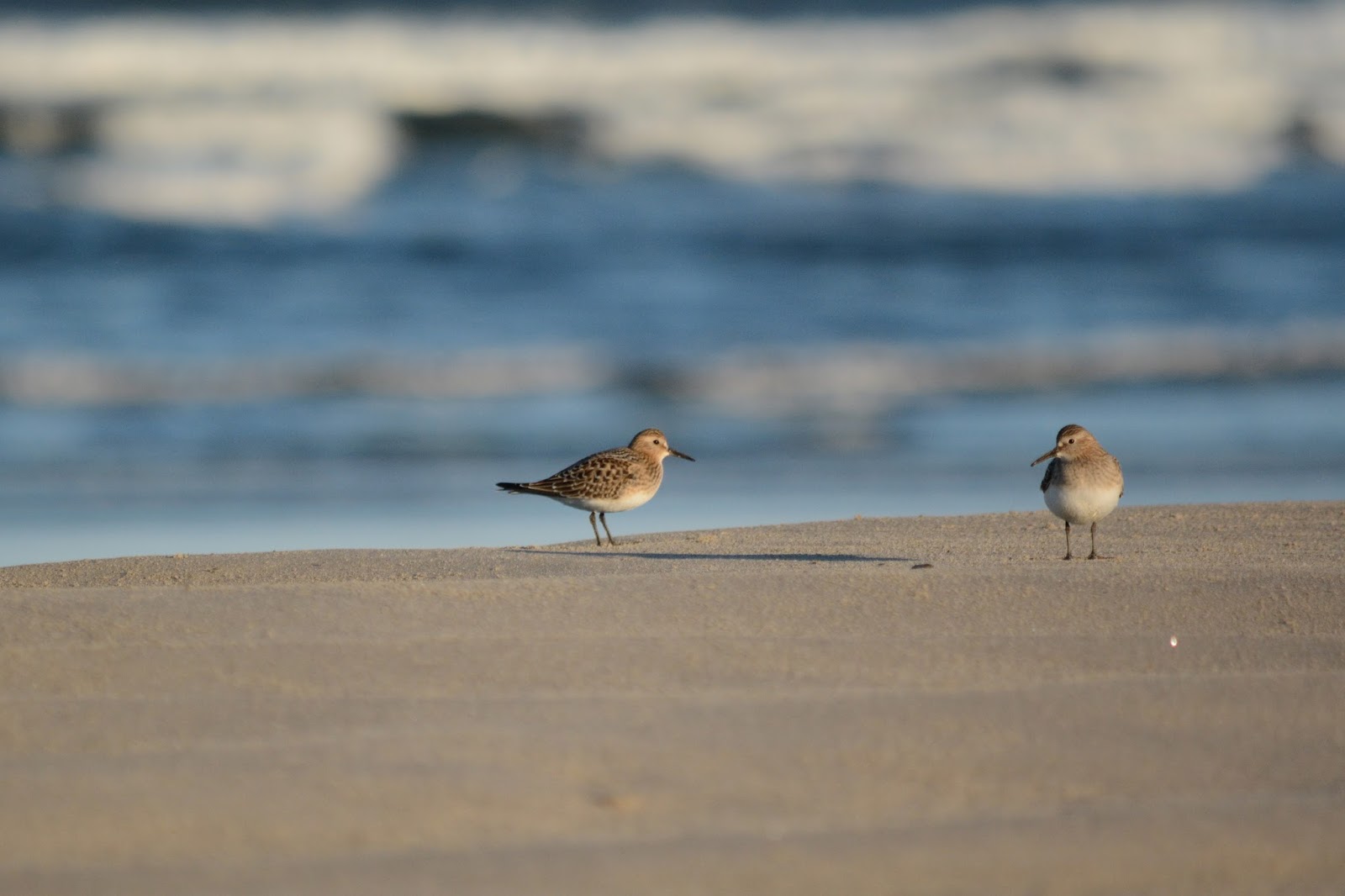 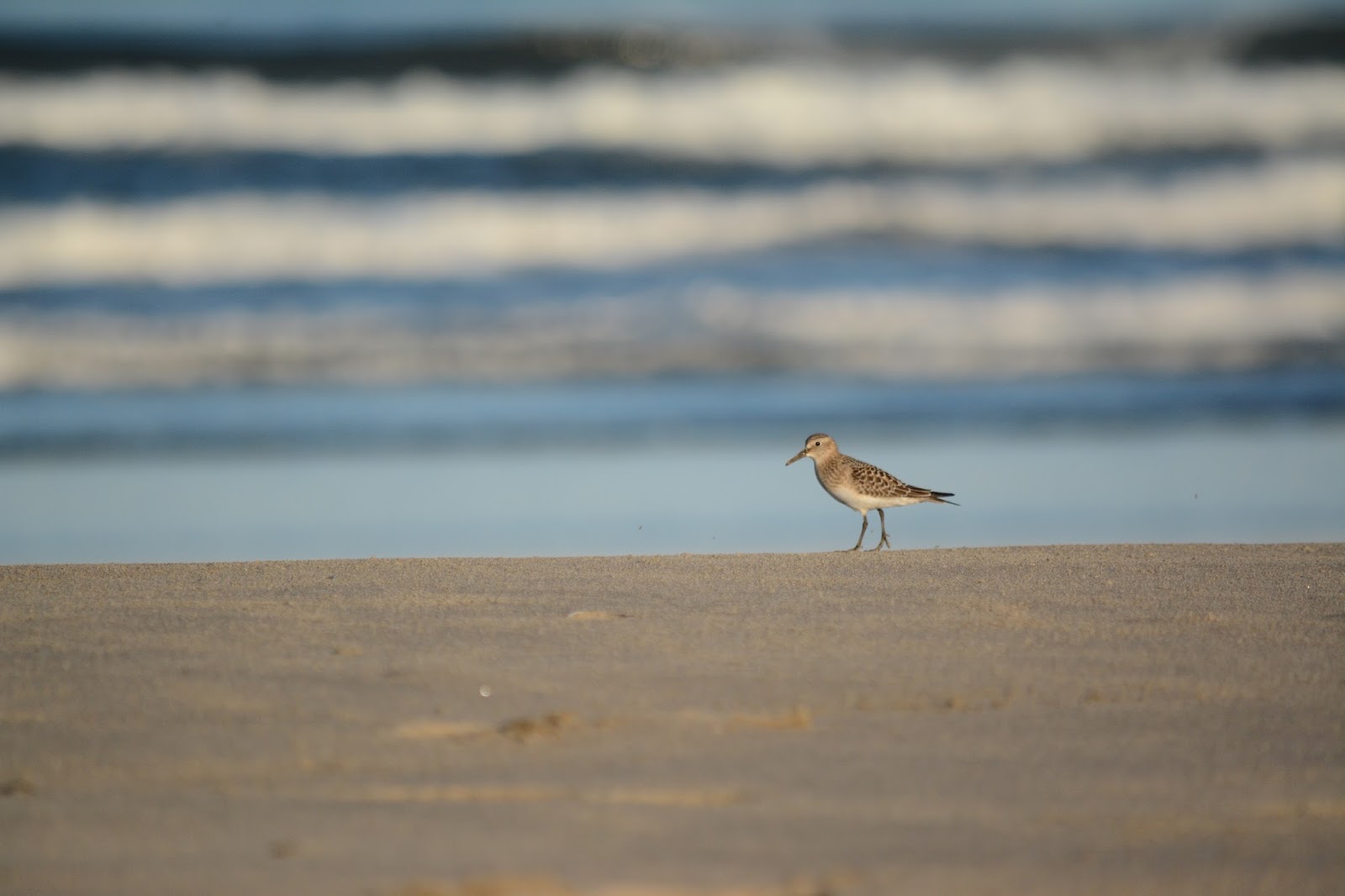 I made it over a mile north from there without finding any other shorebirds.  Dead stuff and jellyfish kept me busy along the way. 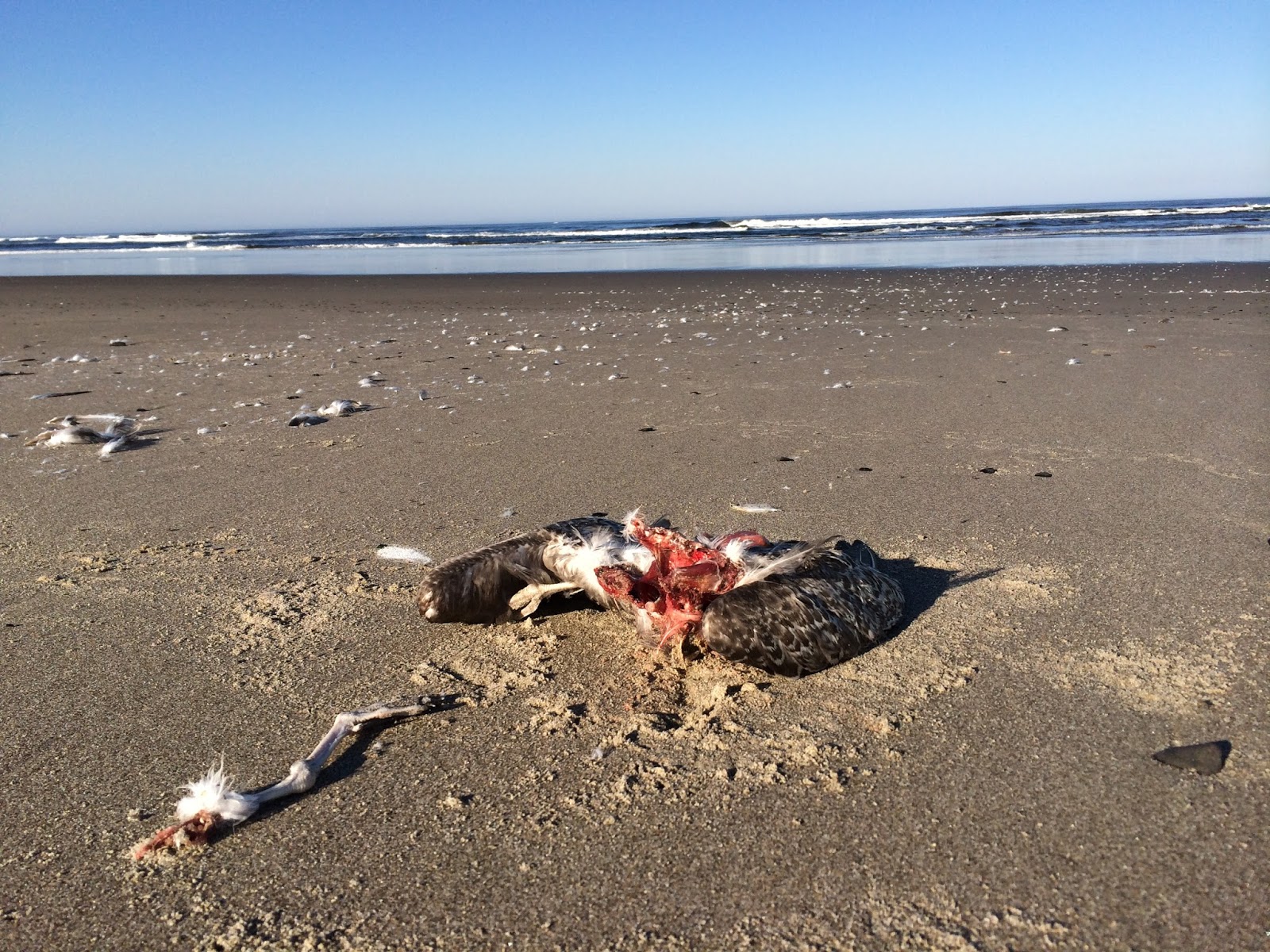 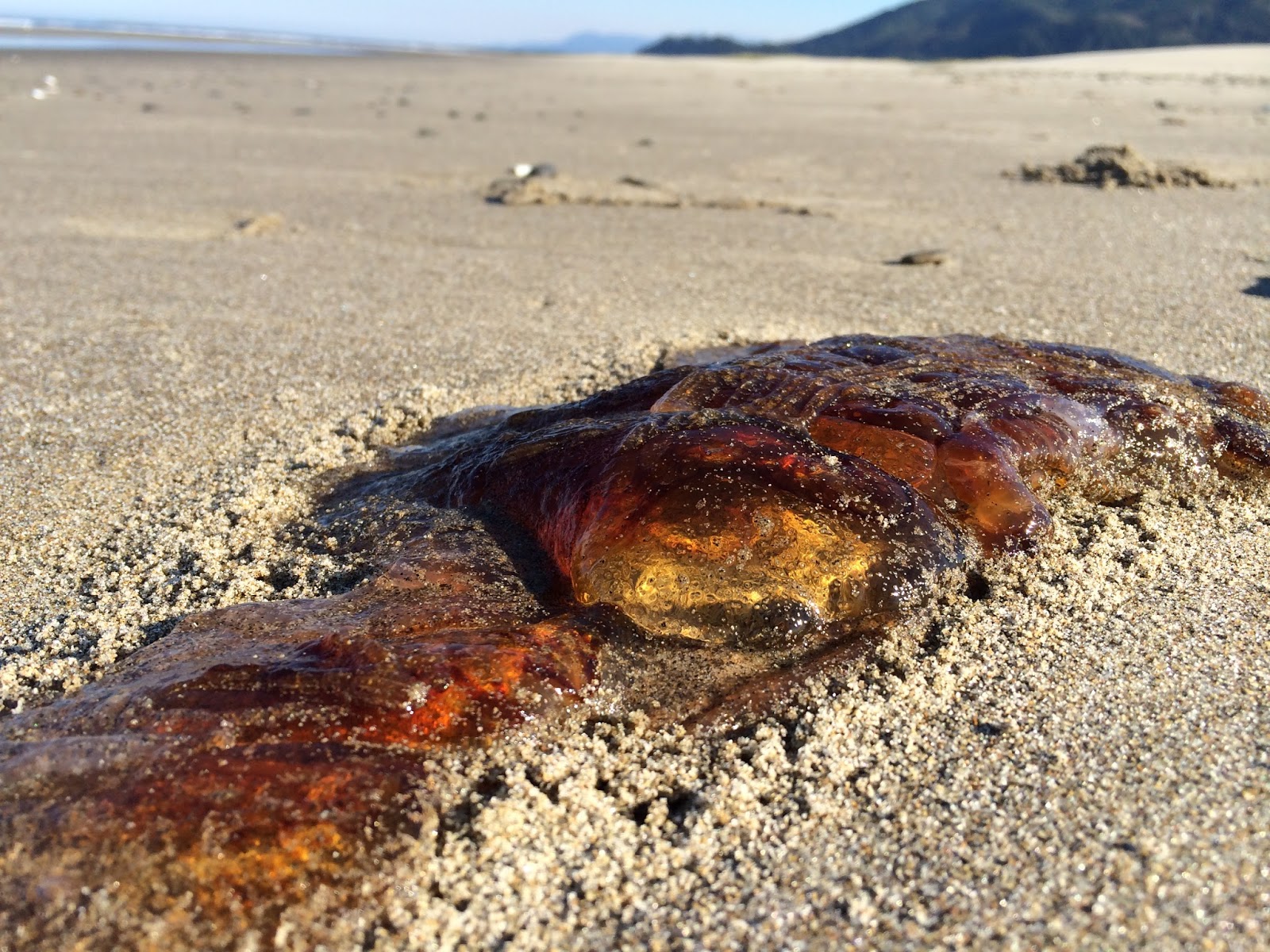 A big flock of American Pipits was keeping to the shadows in the dunes. 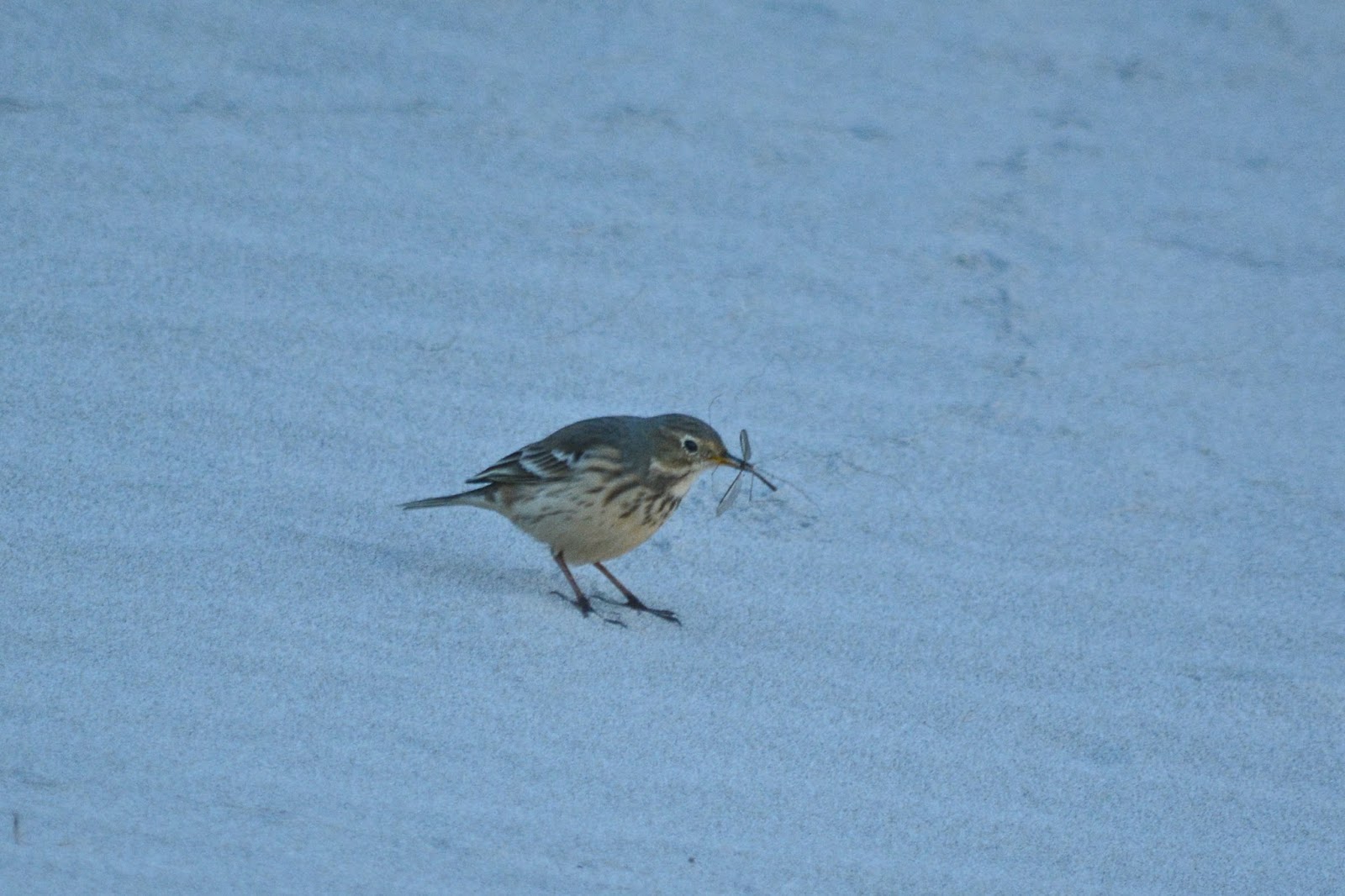 On the walk back some Sanderlings flew in, bringing the shorebird total up to 11. 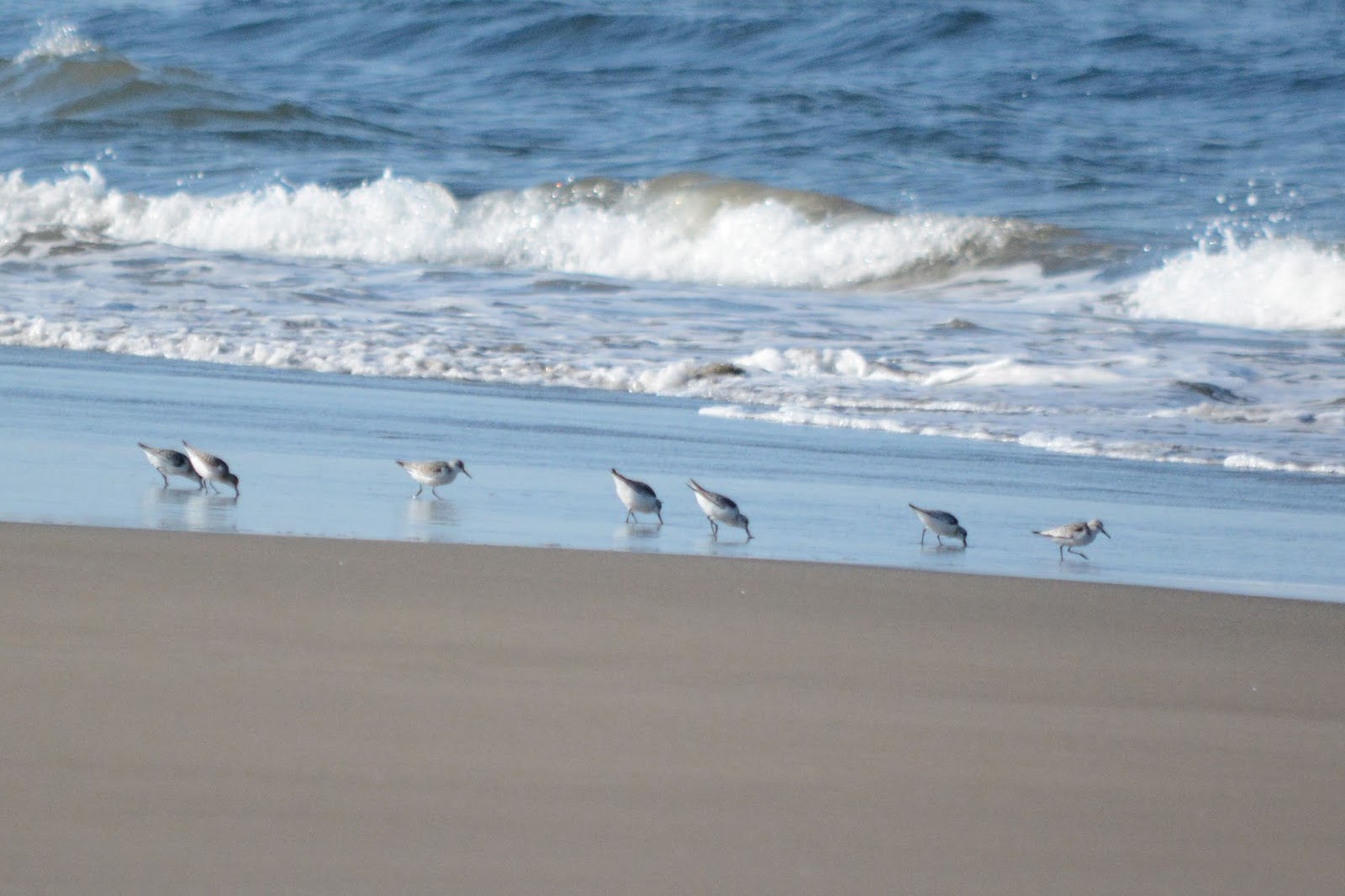 After Bayocean Spit I had just barely enough time to go check out Tierra del Mar.  I hiked out to the packed sand closer to the water and began heading north for over a mile.  Finally there was a Snowy Plover! 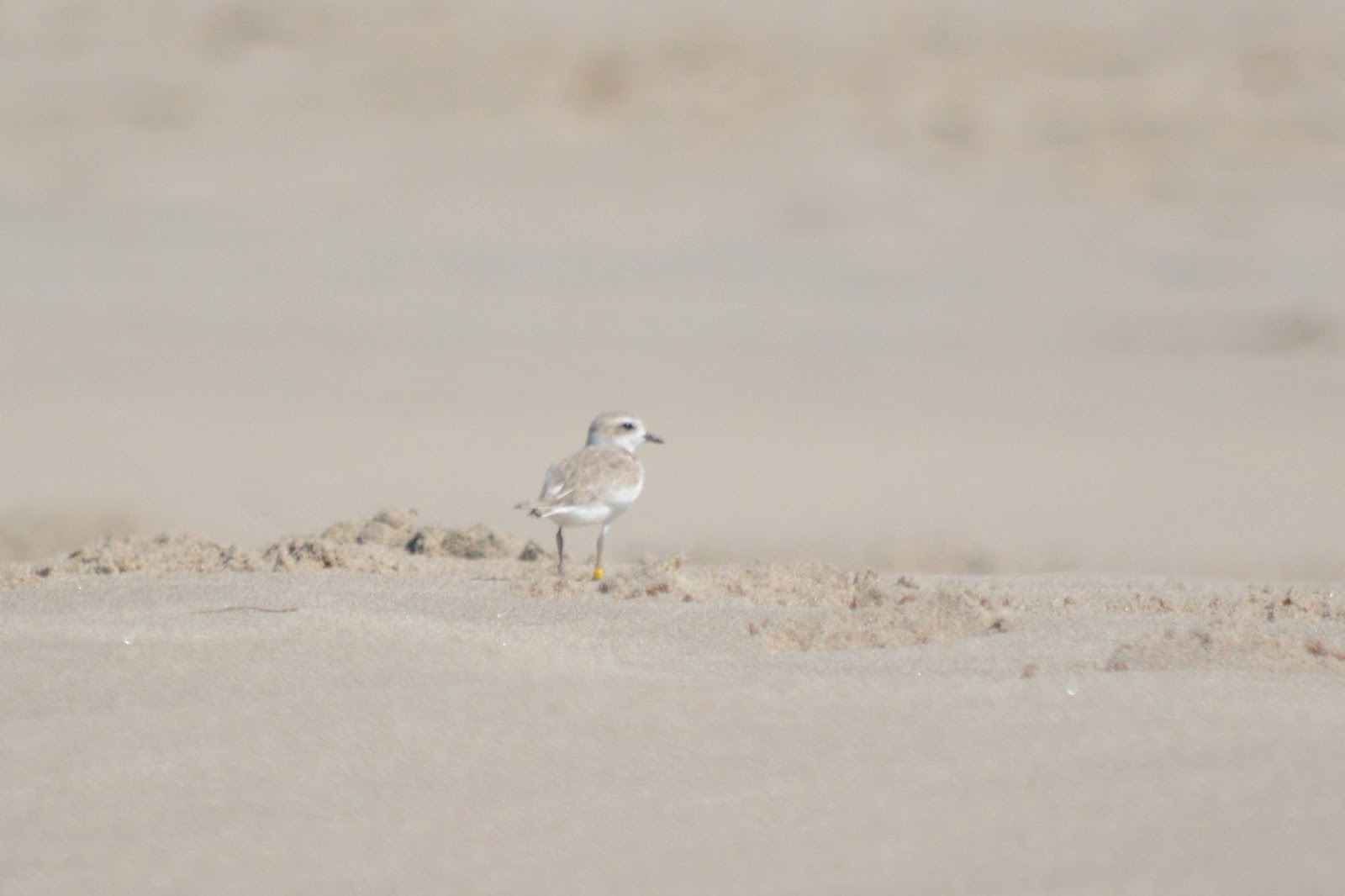 The bird kept its distance and seemed rather skittish.  I gave it a wide berth as I made my way around it to change the backdrop to something darker. 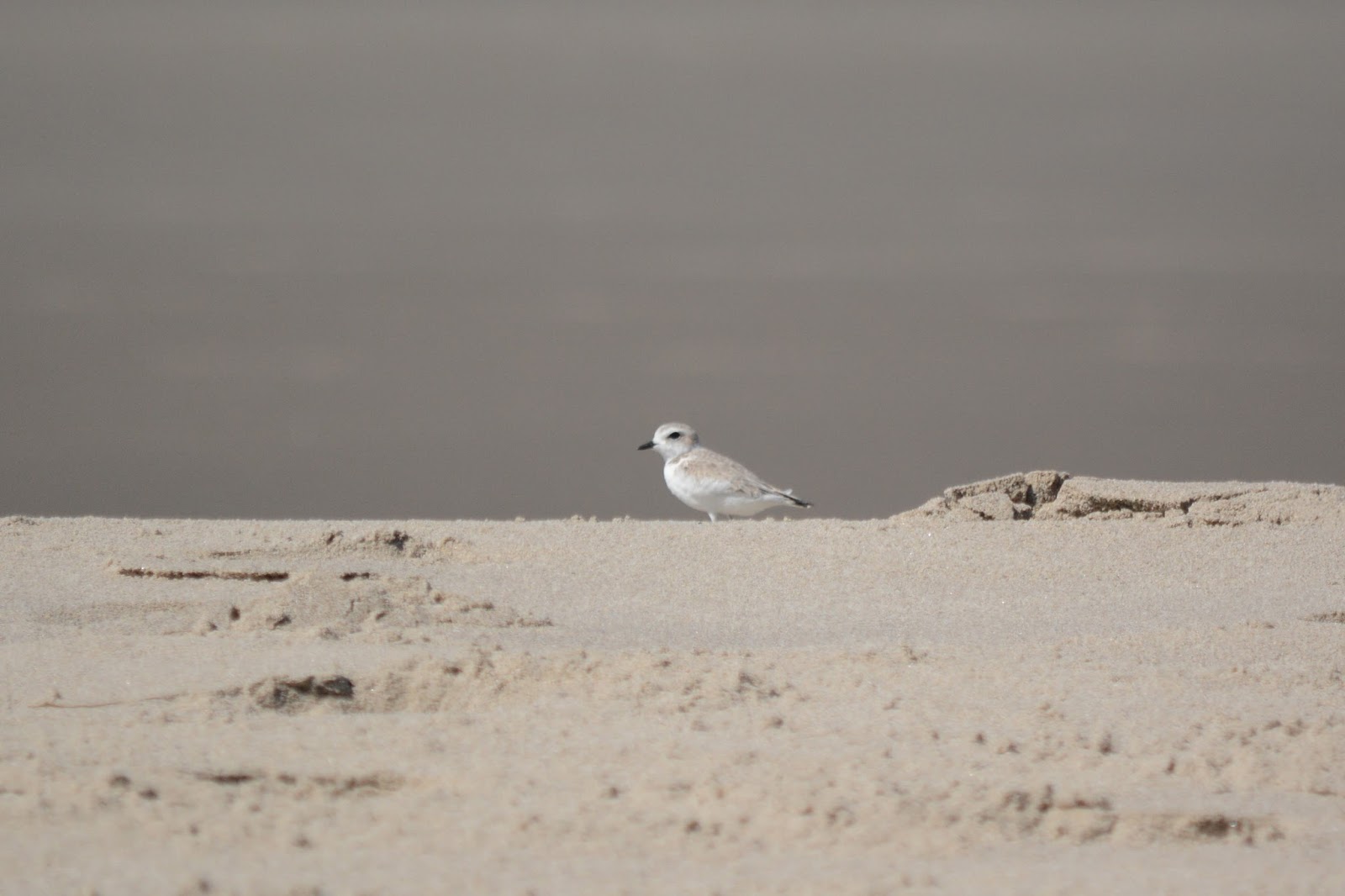 This made for a few better photos, but not better views of the leg bands.  I left it alone after only a few minutes.  Interesting fact:  I was the third person to report a Snowy Plover at this location, and judging by the leg bands, we all saw different birds.

The walk back to the car offered lovely views of the other Haystack Rock at Pacific City in the distance. 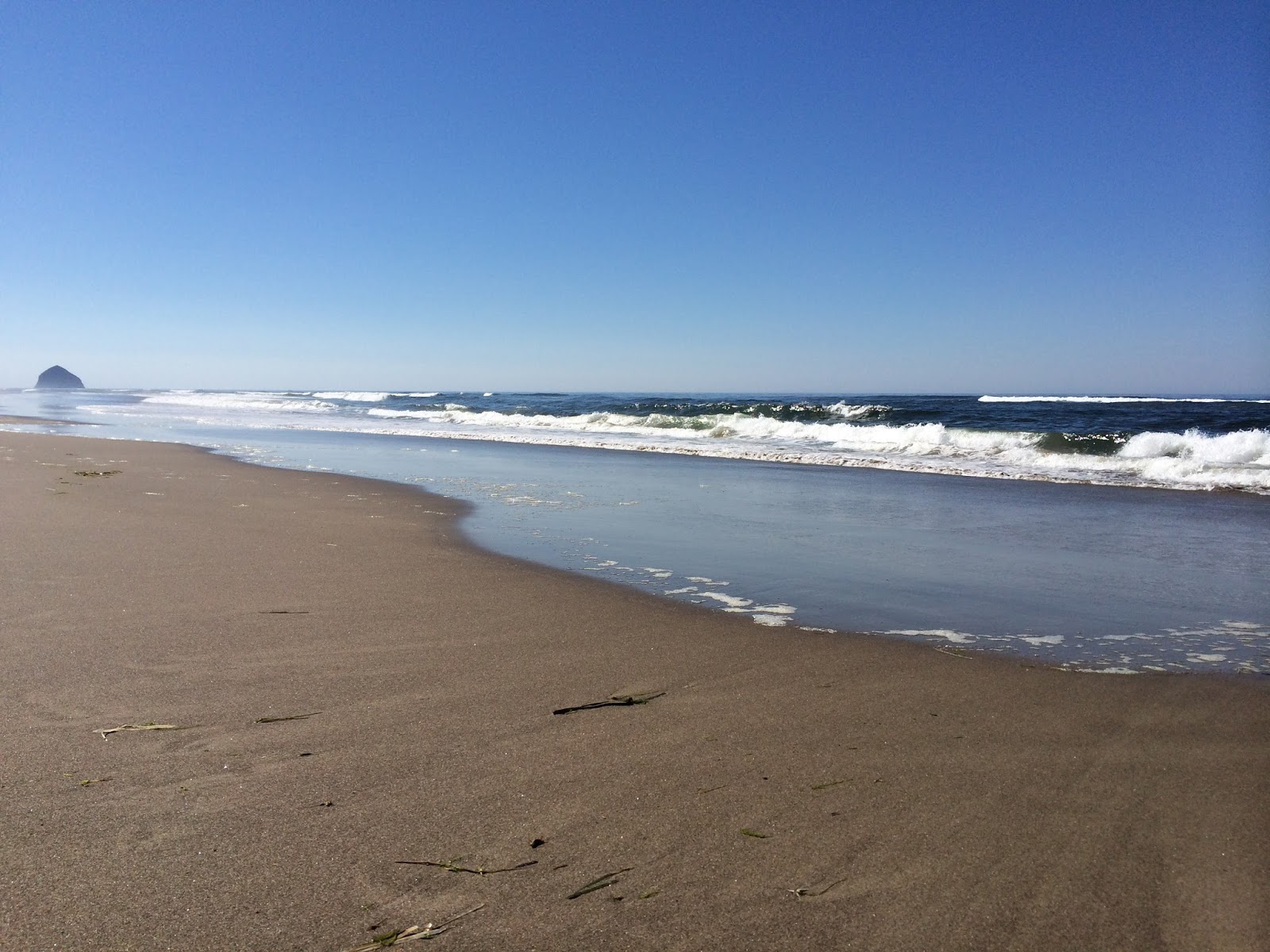 And I stopped for more dead stuff so you guys would not be disappointed. 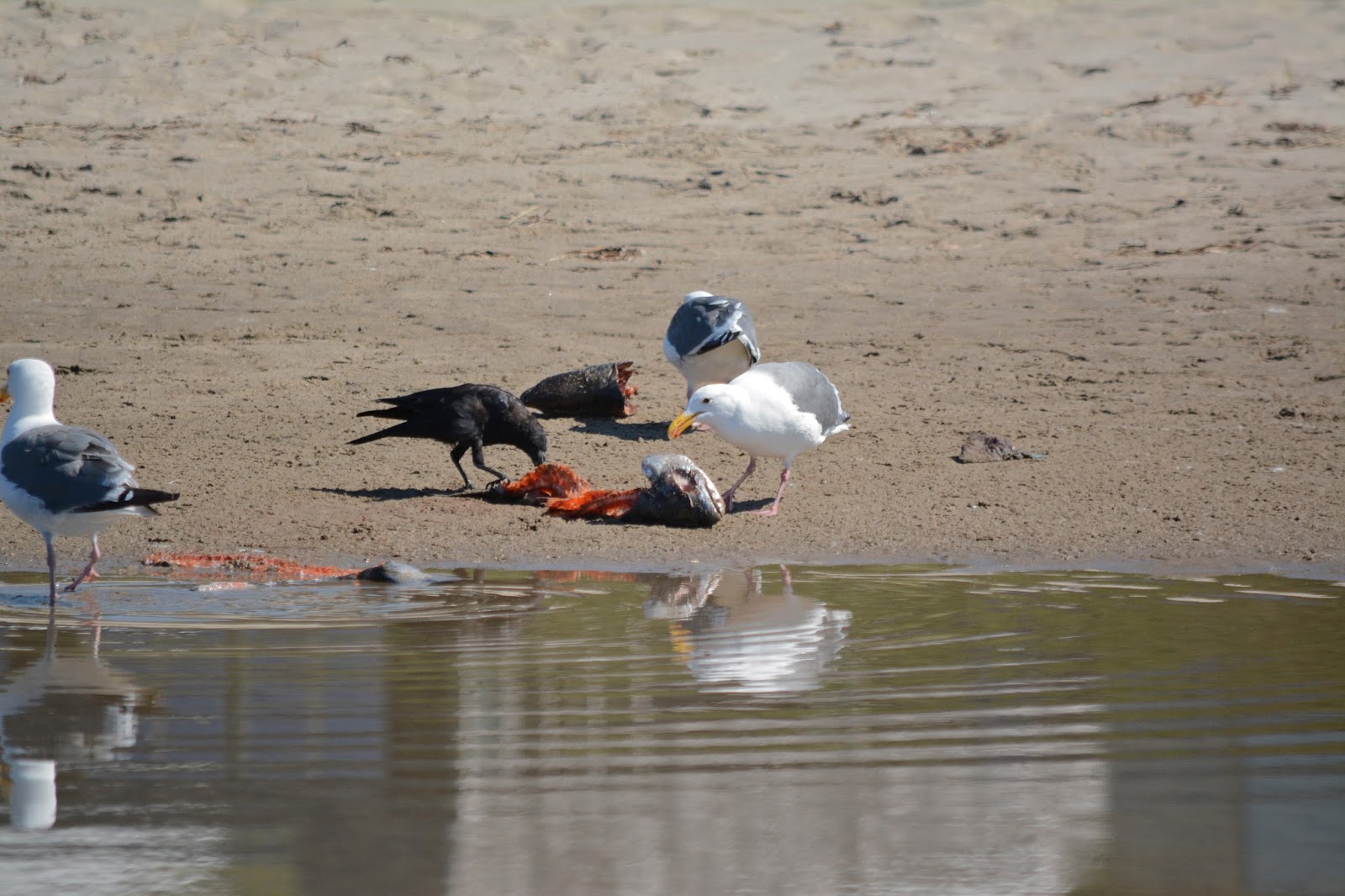