Before we get to Gilliam, let's start with the blood moon: 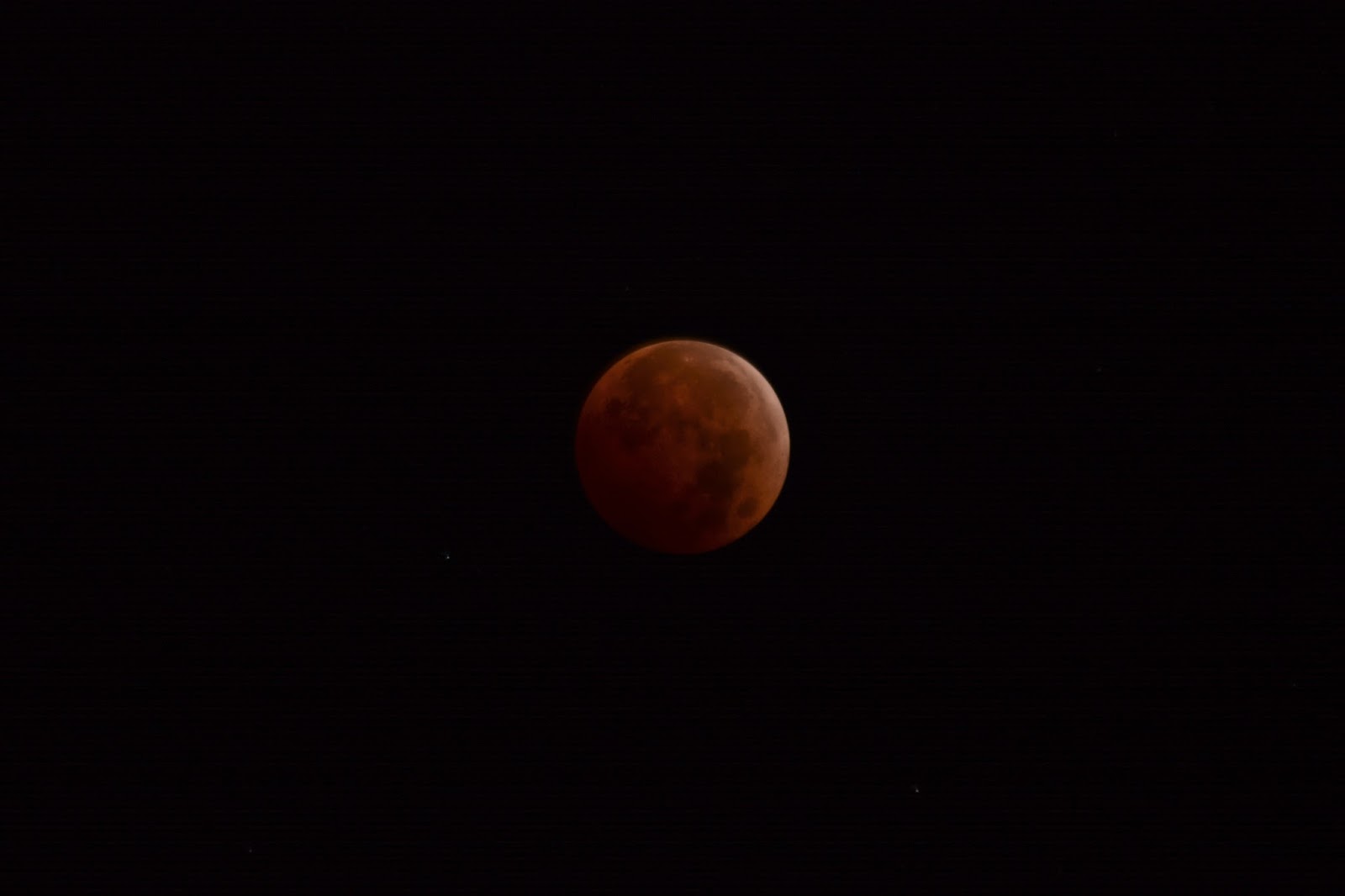 So cool, glad I set my alarm!  Alright, so Gilliam County.  I stopped there briefly on my way to northeast Oregon last month and had since been curious about this weird and underbirded section of Oregon.  I used birdingoregon.net and eBird to make a list of places to check out and recently decided to tackle it.

First stop was actually in Wasco County to take a photo of the sunrise, but the real attraction was all the jumping fish. 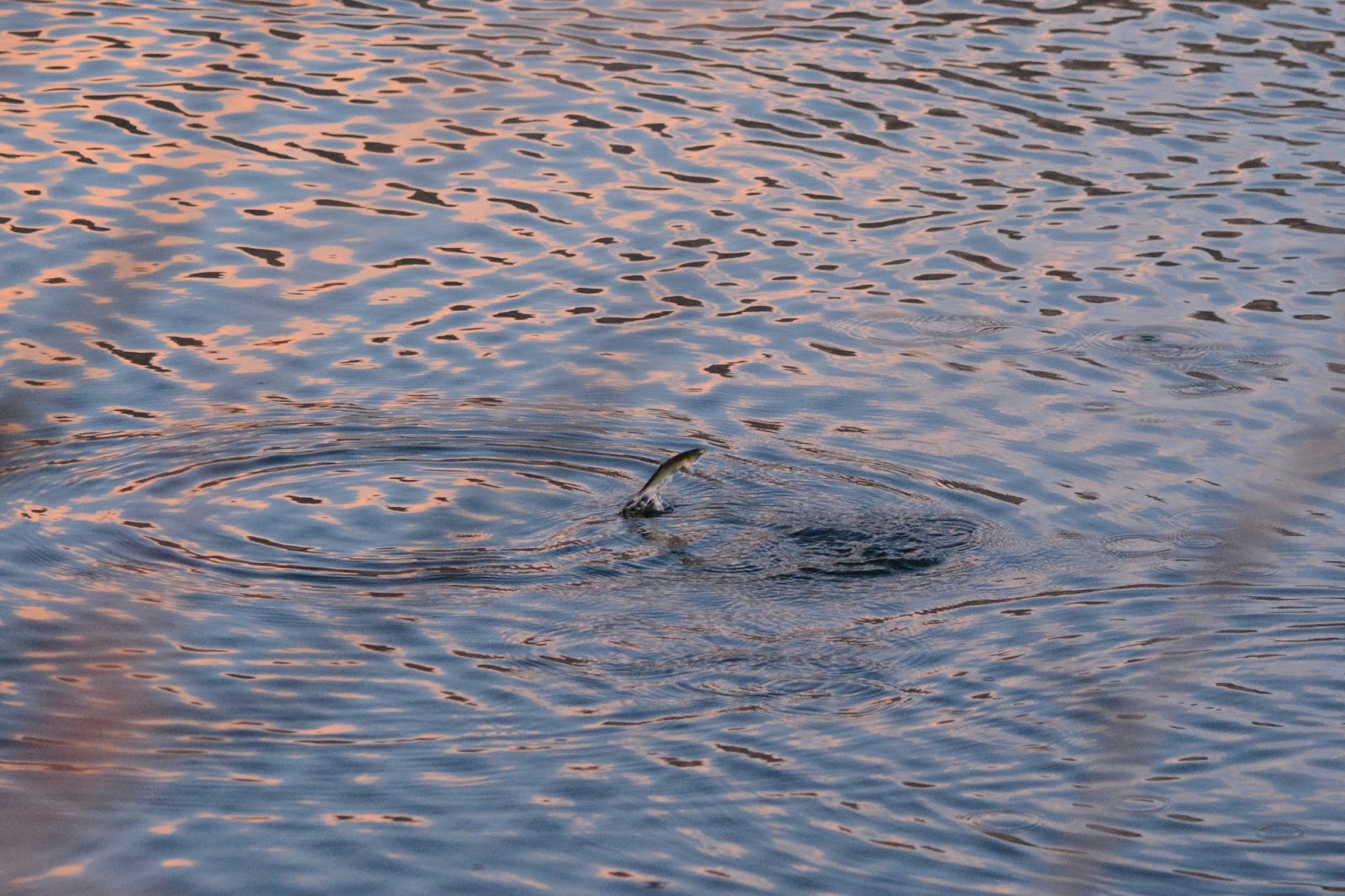 My first stop in Gilliam County was the most eBirded spot- the town of Arlington.  There are only a few highway exits in Gilliam so it makes sense that people would get off at the one where there's a gas station and a small park.  I walked the dogs around the dog-friendly part of the park which has a small body of water and I managed to find 16 species there.  Half of my day's total. 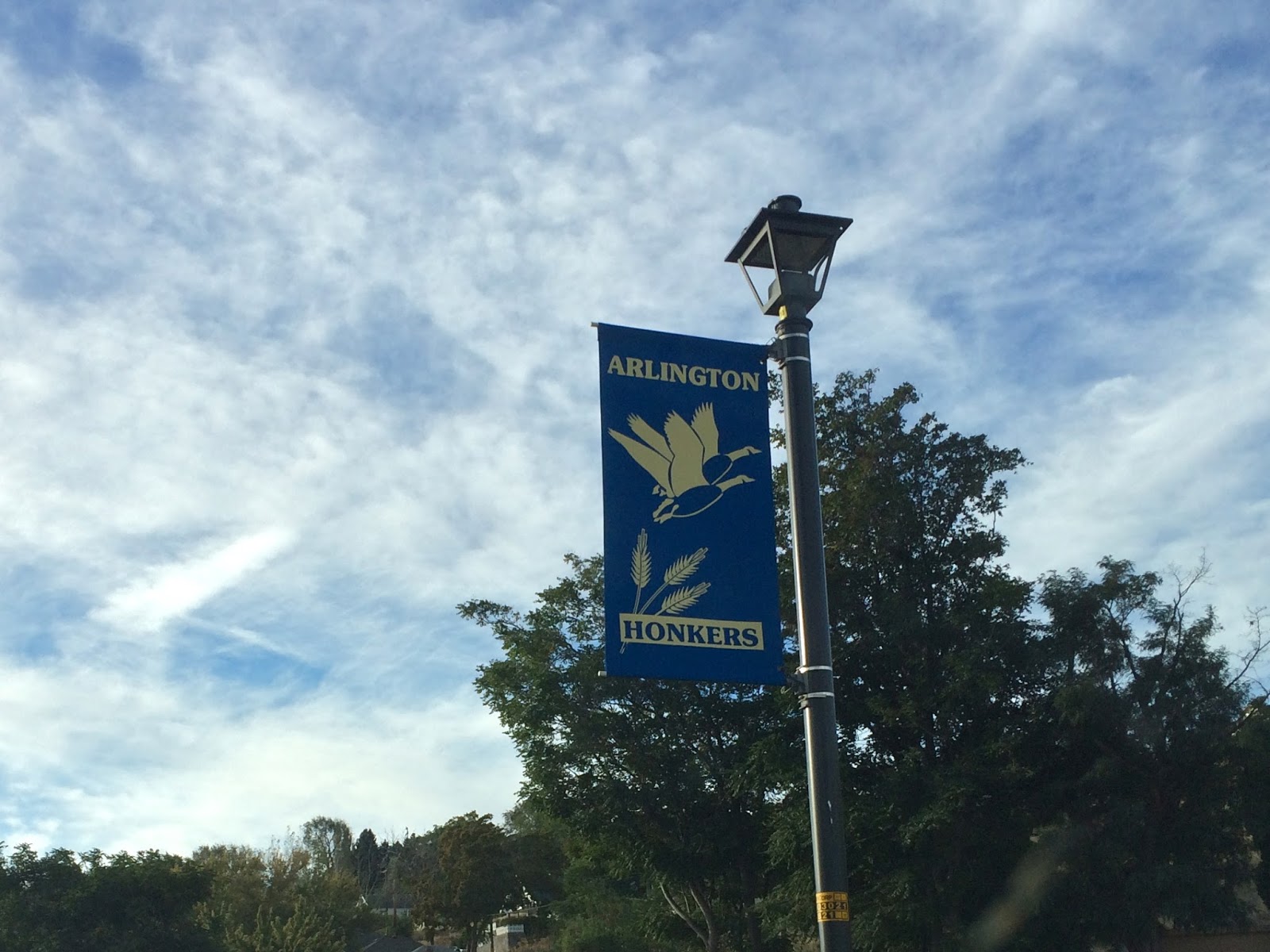 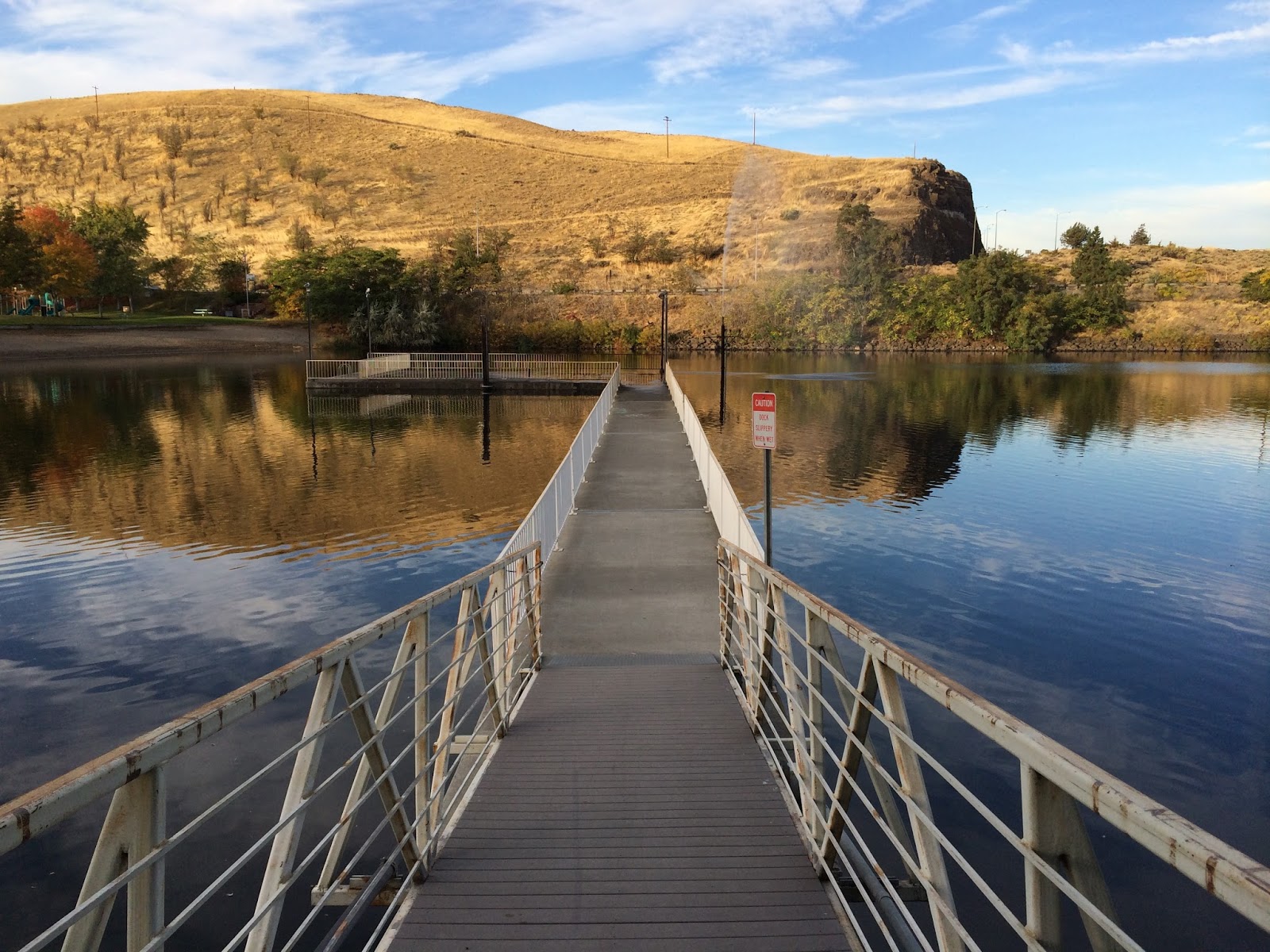 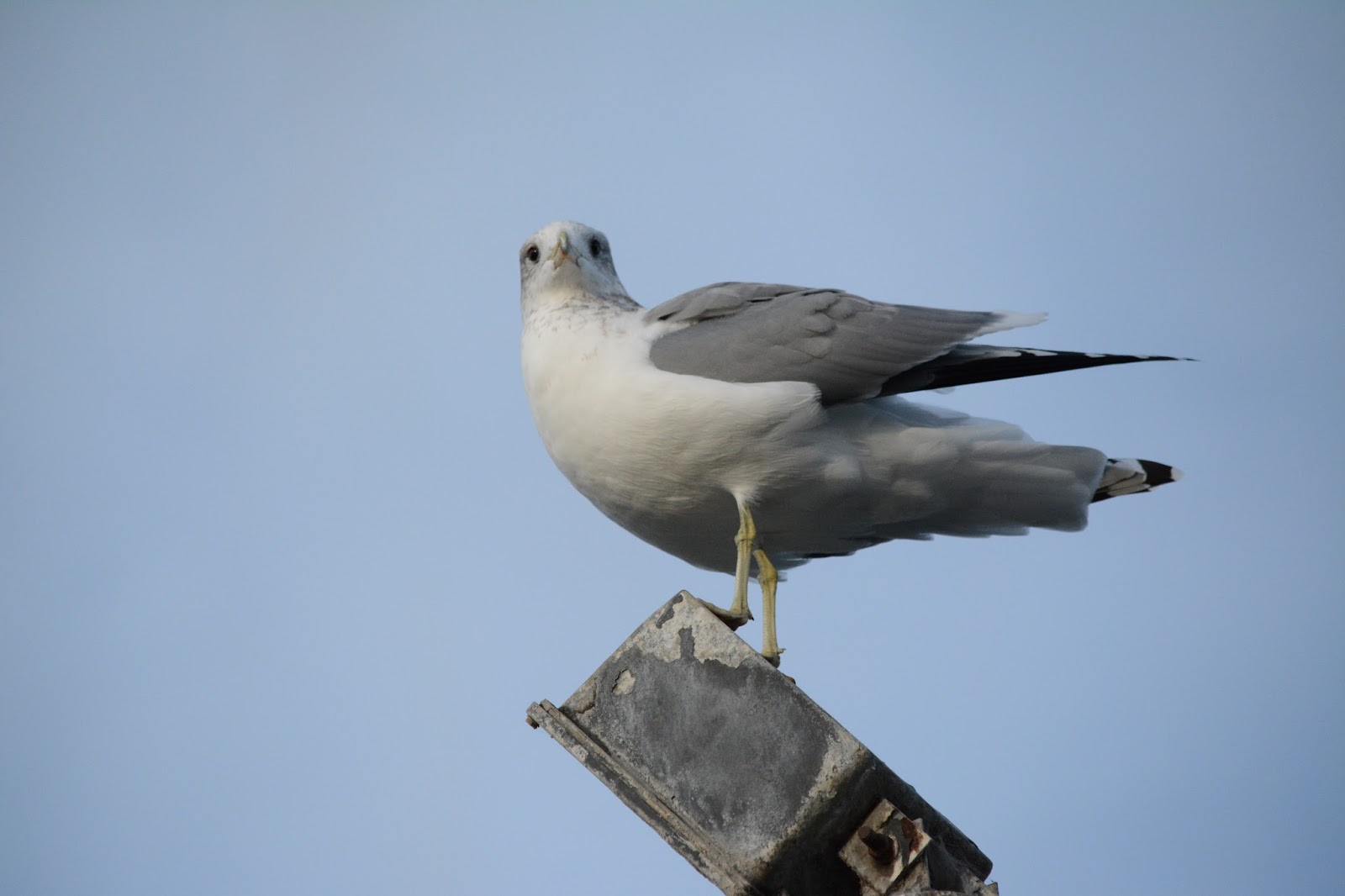 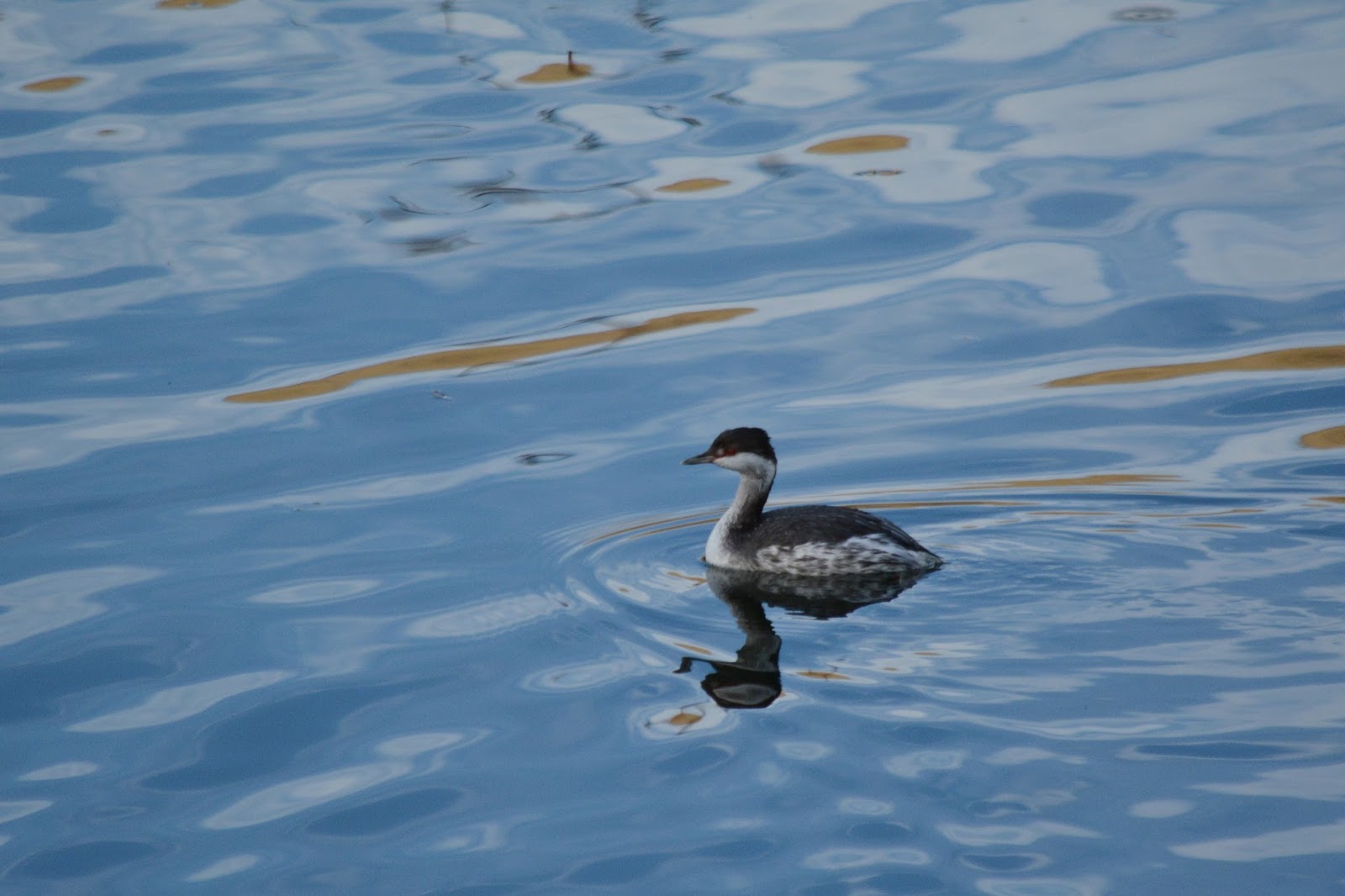 From Arlington I headed south on 19 towards a wind farm where Gray Partridges had been recently reported.  I stopped when I saw swirls of birds above the field to the west- dozens of Horned Larks.  More than I had ever seen, as far as I could see.  They looked like swallows in the distance.  It was nuts but didn't photograph well. 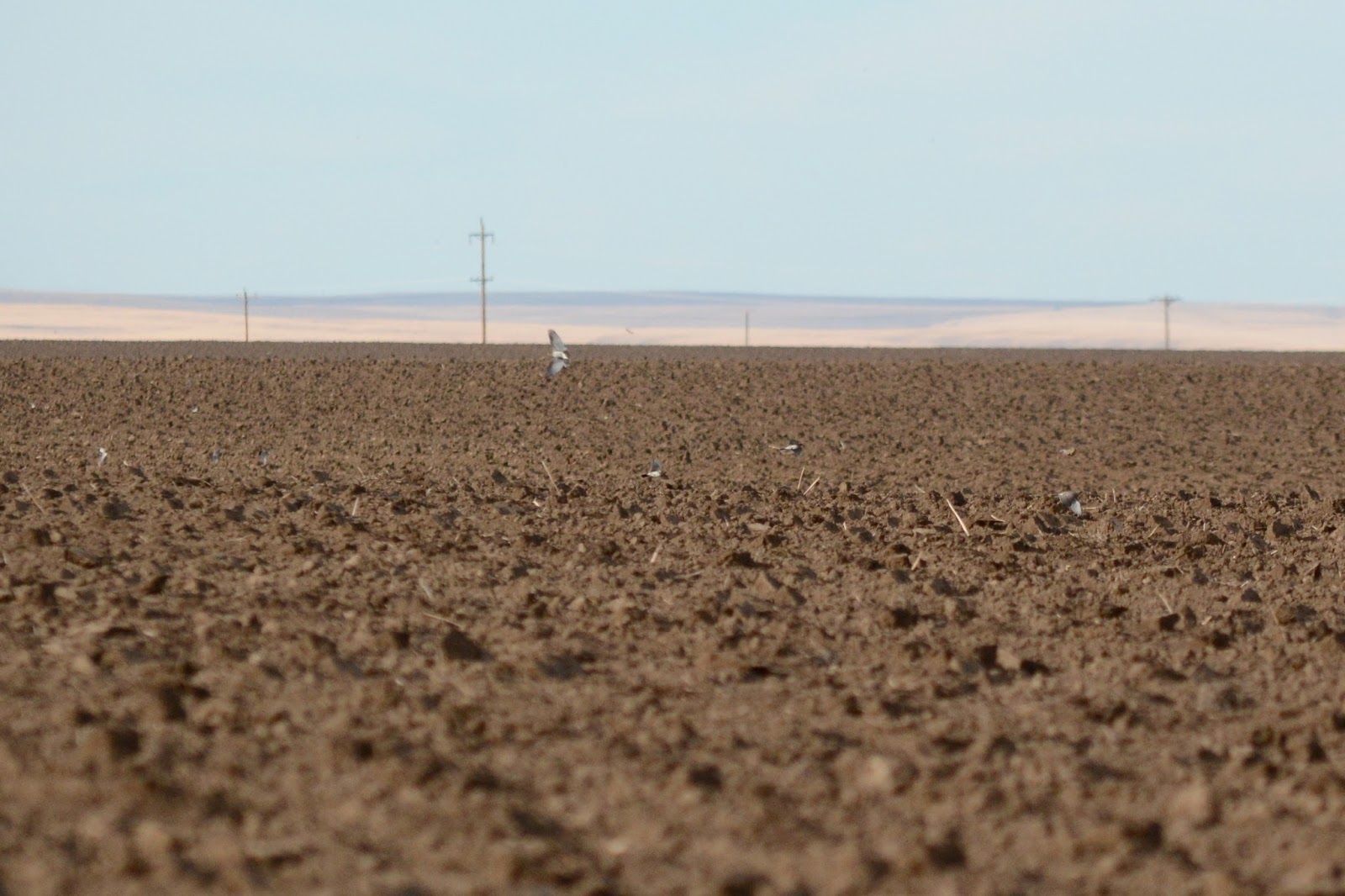 On the other side of the road a cute bluetick coonhound came to check us out and then ran off full speed.  Hopefully he knew where his home was... 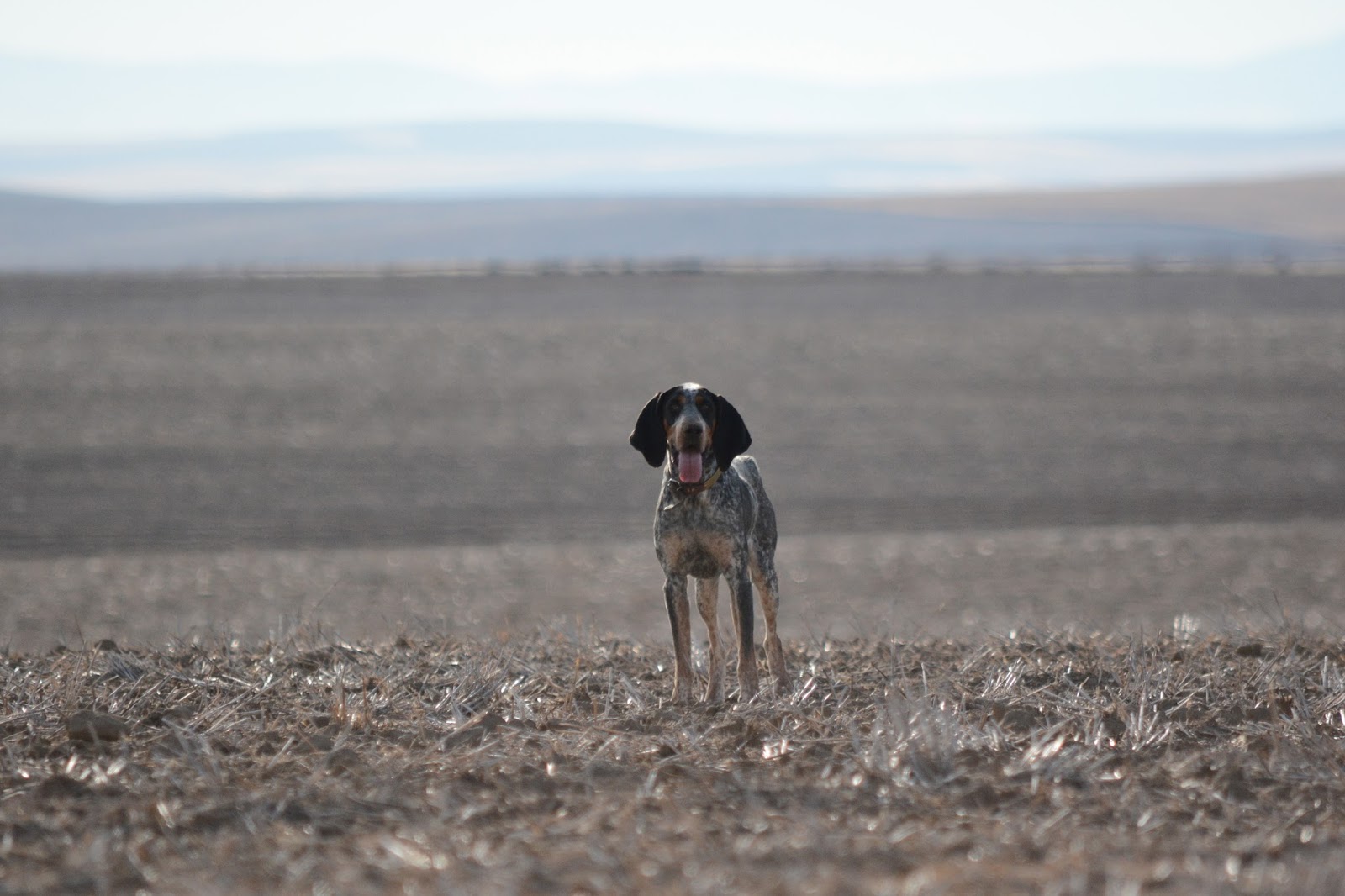 After picking up Eurasian Collared-Doves at a nearby farm and deciding there was no public access (that I could see) to the wind farm area I mentioned, I turned west onto Mikkalo Lane.  A lump in the grass caught my eye....badger!  State mammal! 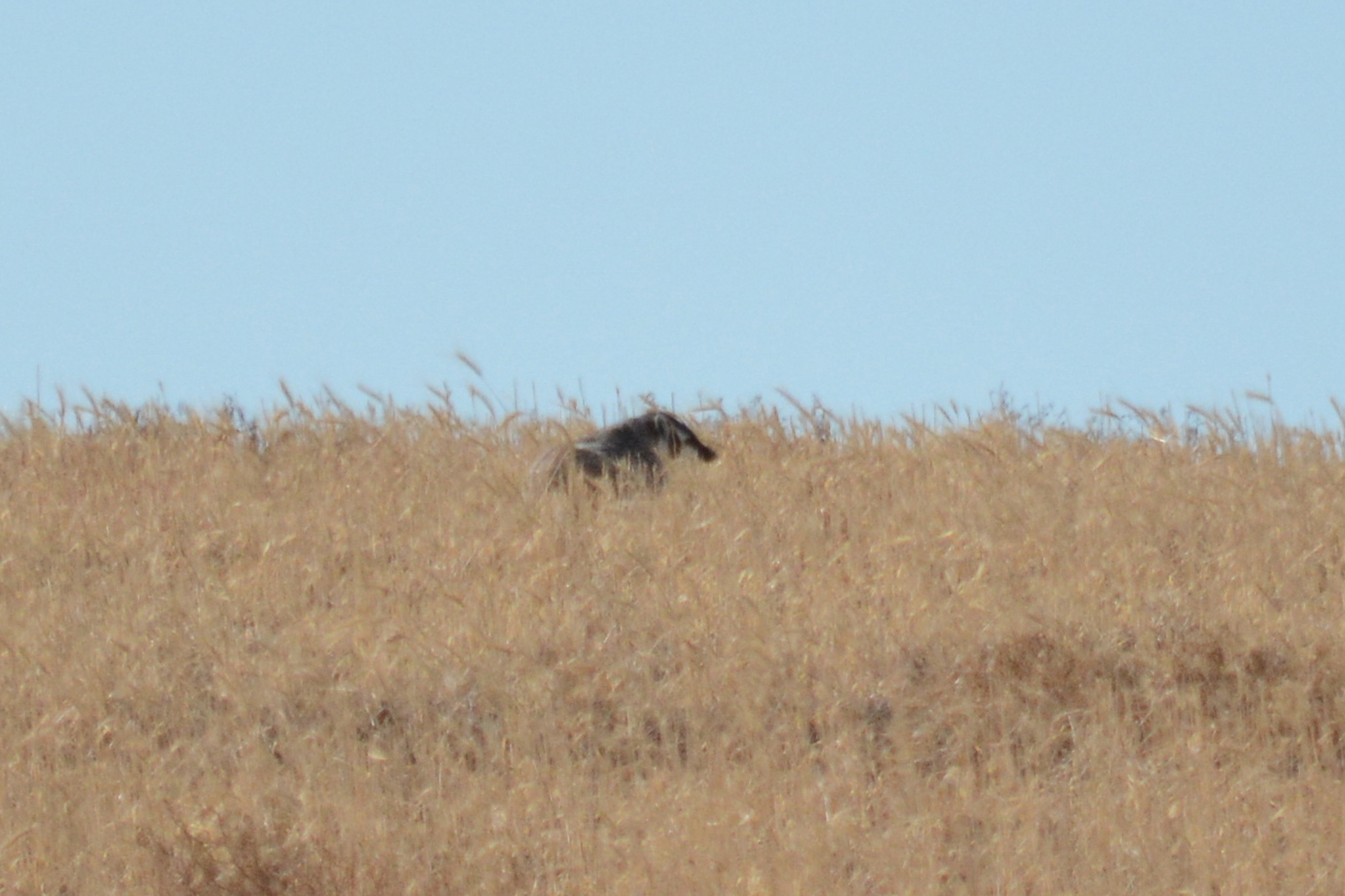 It wanted nothing to do with me.  The drive along Mikkalo Lane was beautiful and sketchy.  Twisting gravel roads with steep drop-offs and no guard rails. 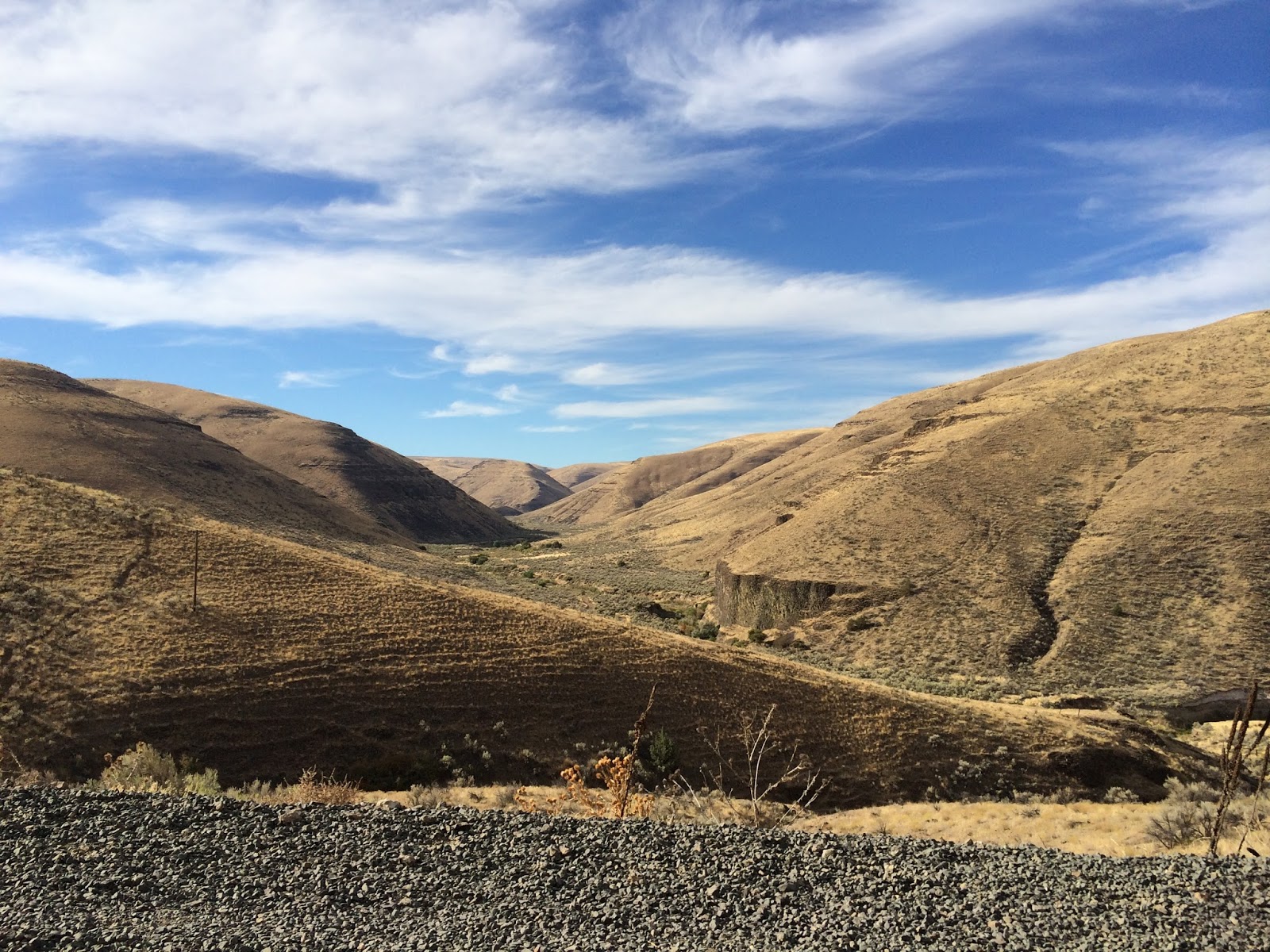 From Mikkalo I ended up on Devils Butte Road where I found Potter's Cemetery. 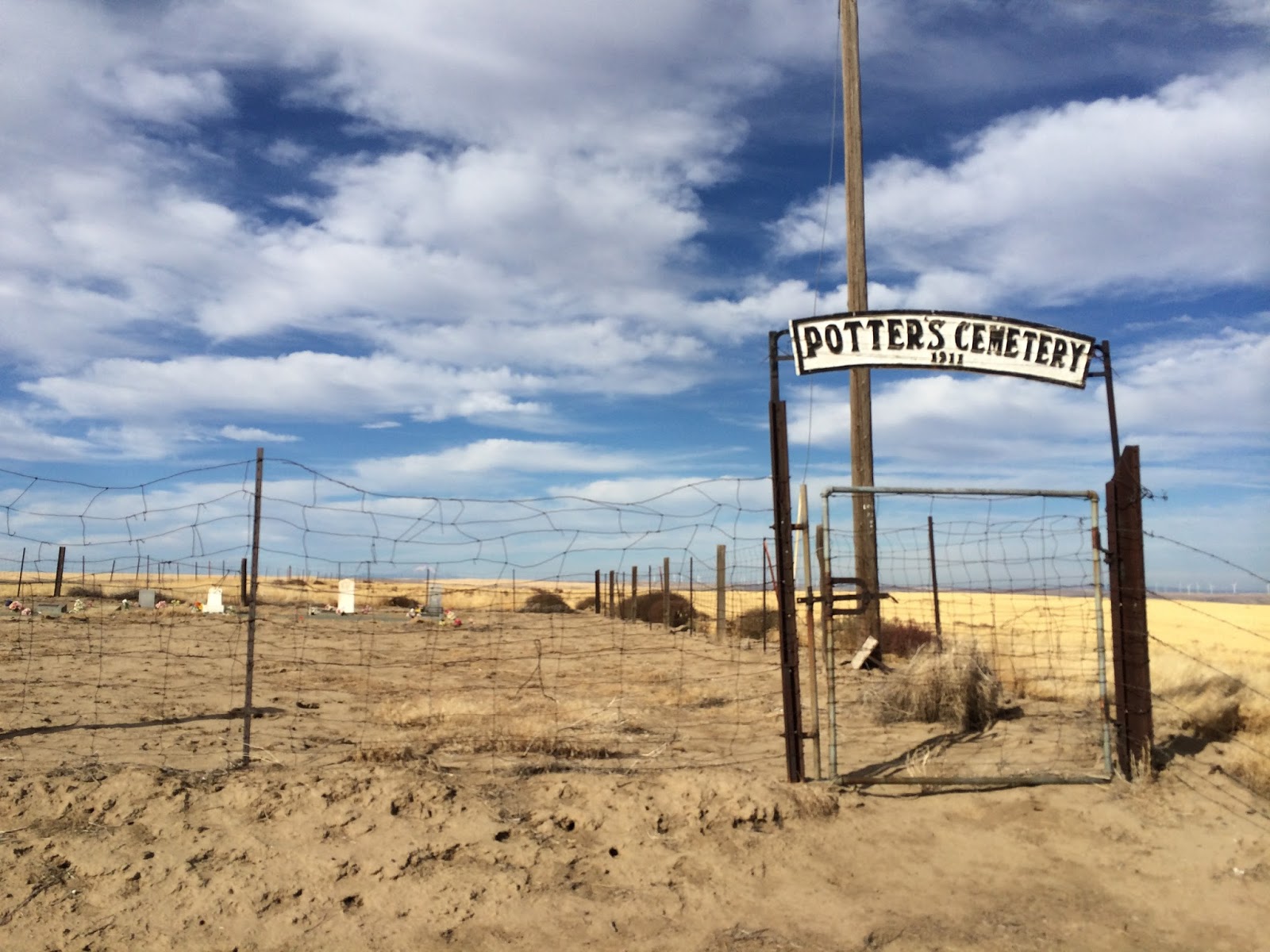 The only birds I saw along this road were a kestrel, a few meadowlarks, and a Prairie Falcon. 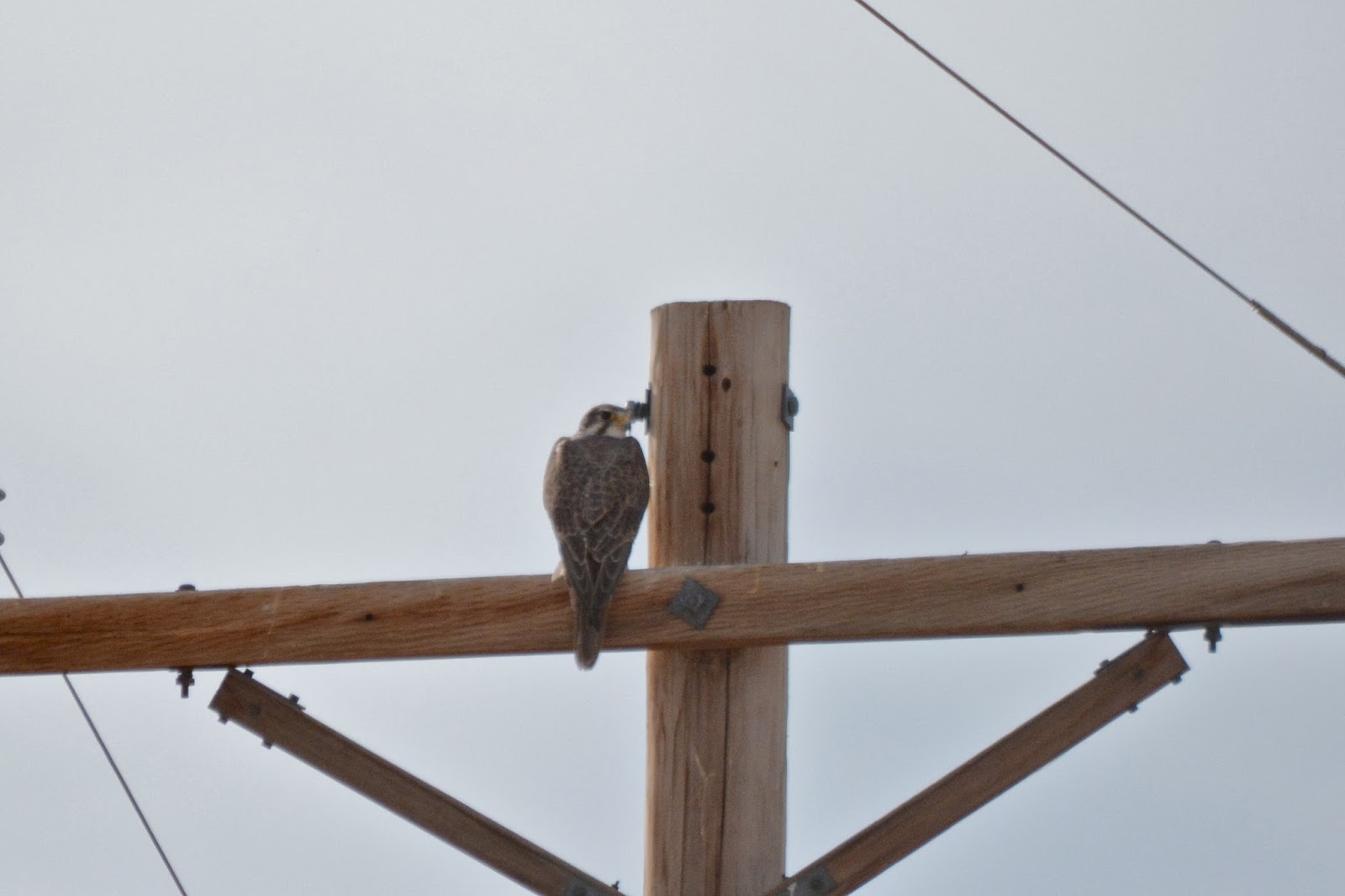 Eventually I made it to my destination:  Oregon's newest state park, Cottonwood Canyon.  The John Day River slices through the middle of the park, and the major access is on the Sherman County side of the river.  To access the Gilliam side I learned you must park at the JS Burre State Park lot and hike north from the archway things. 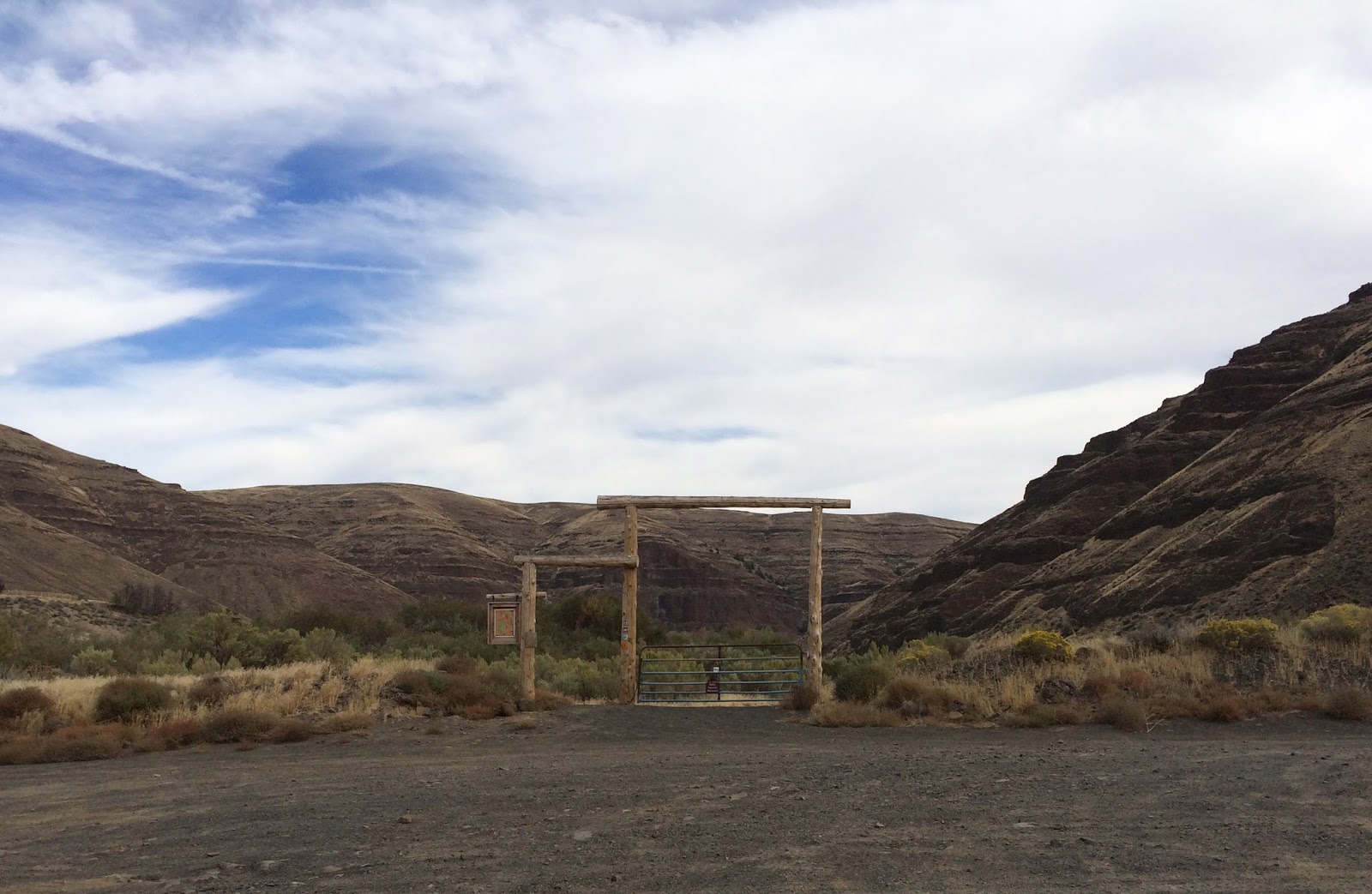 The first interesting thing I found along the trail were some hides drying out on a fence.  Random. 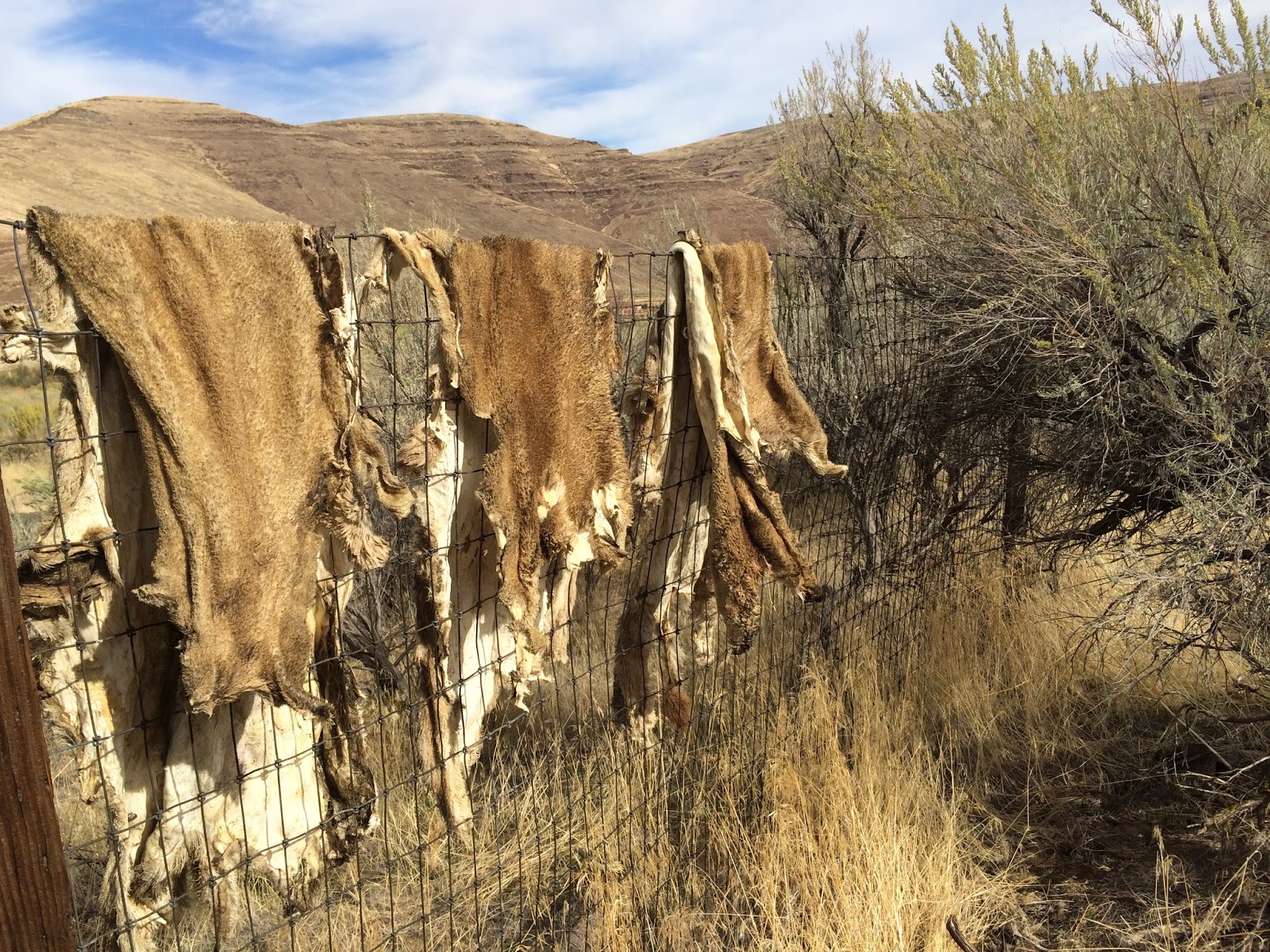 The mutts and I followed the trail for awhile but left plenty to explore in the future.  I can imagine this place would be awesome in the spring. 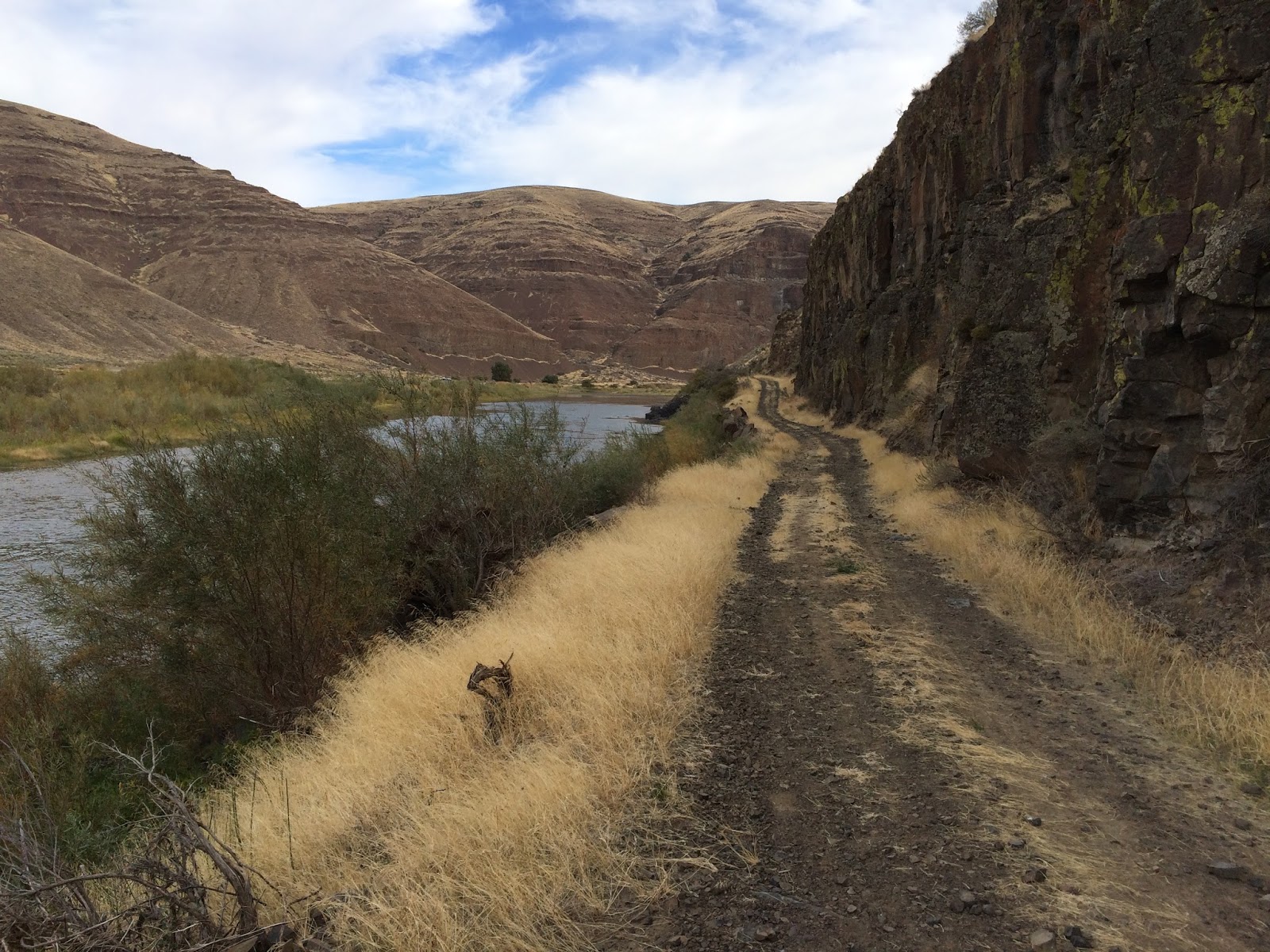 I did come across a small sparrow flock with a nice variety of birds. 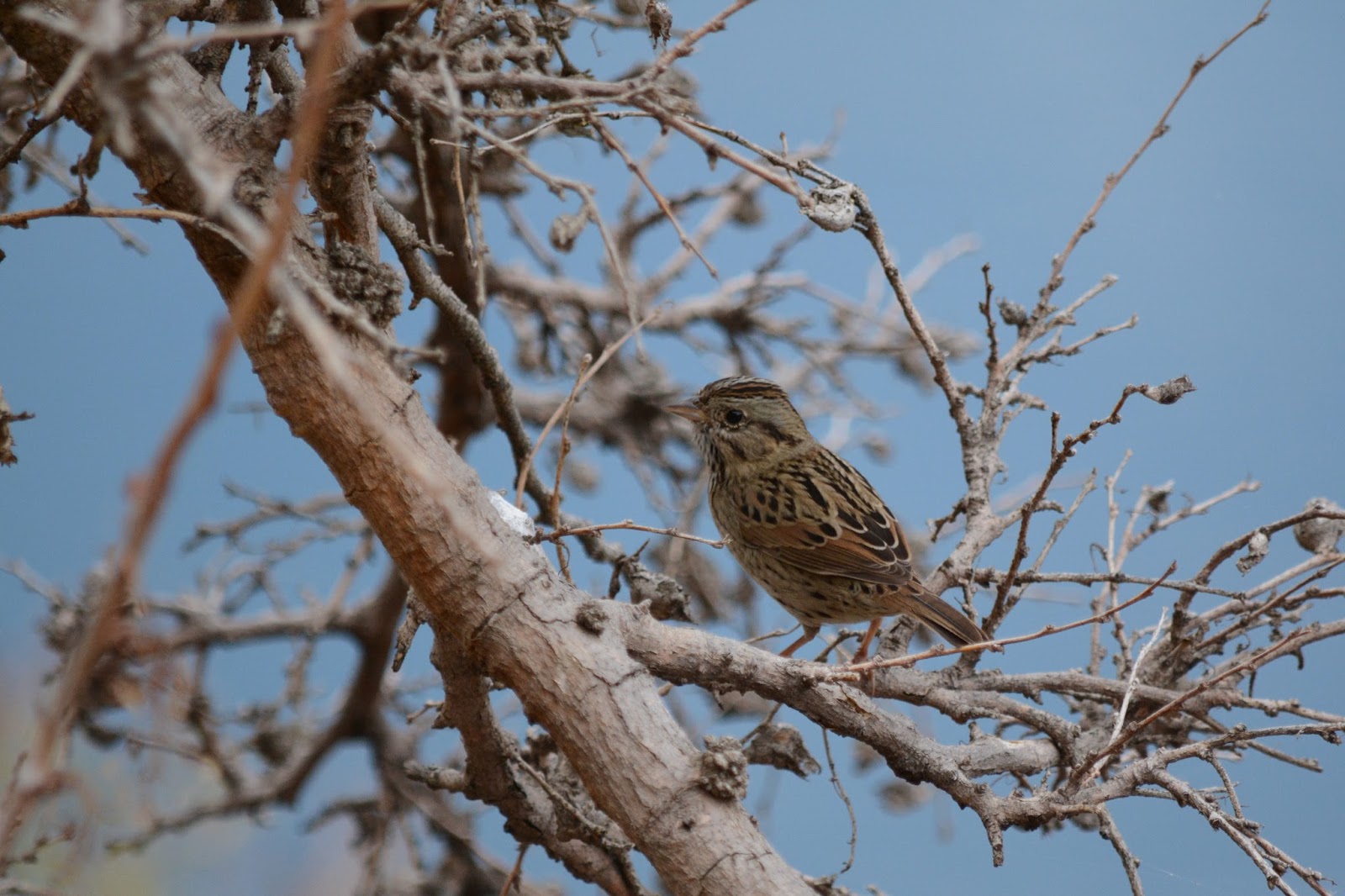 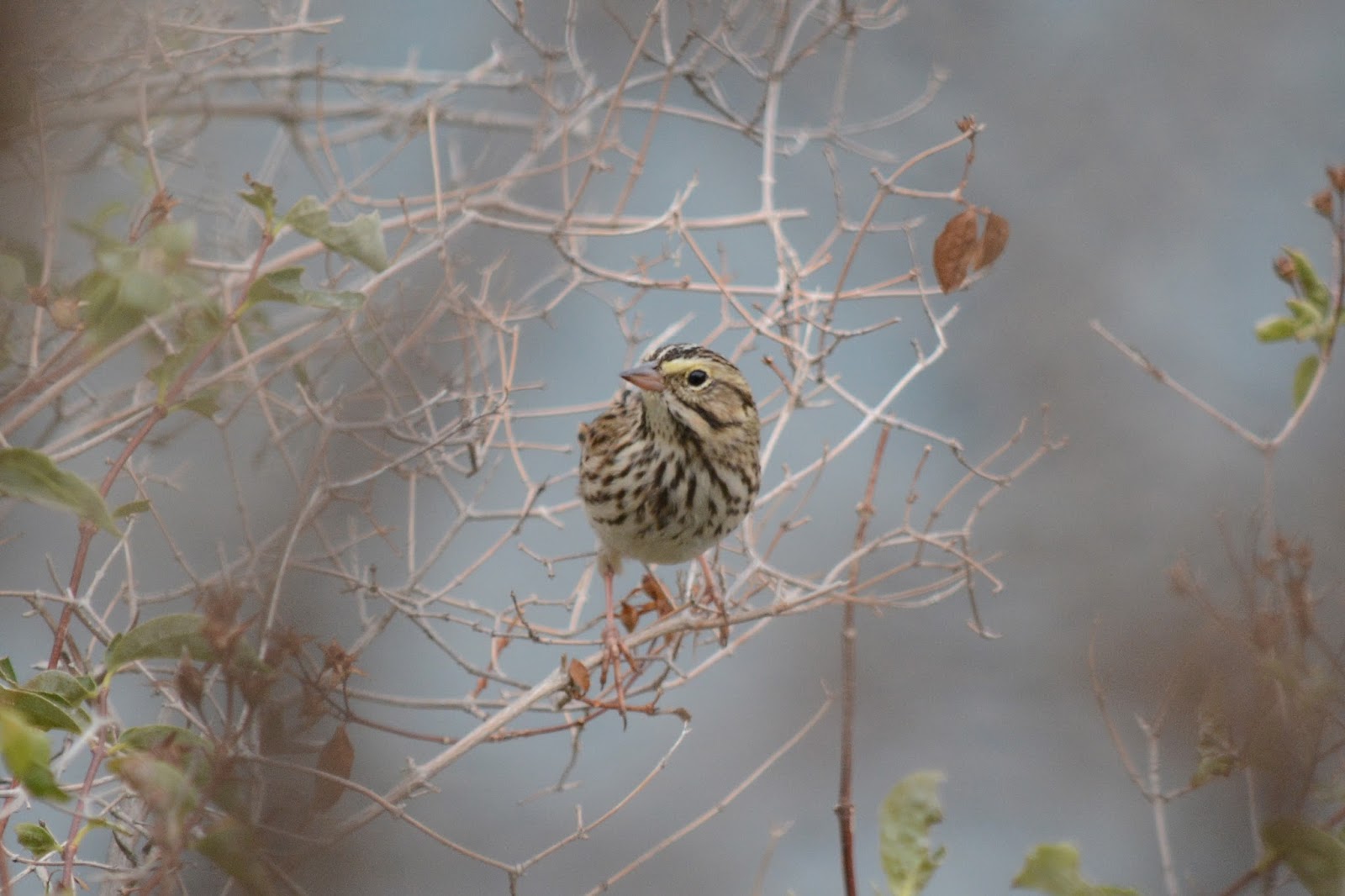 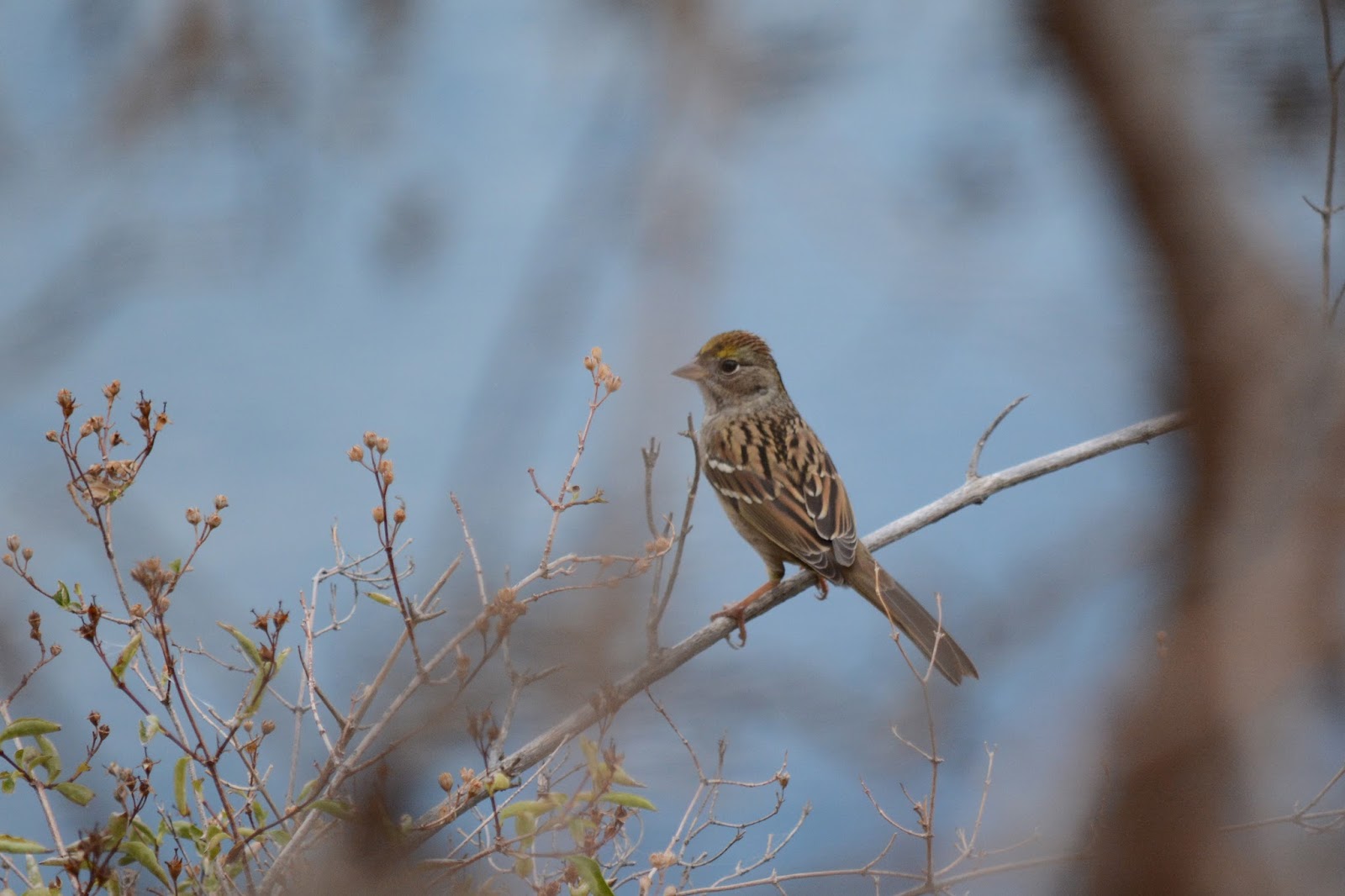 And the non-sparrow members of the flock... 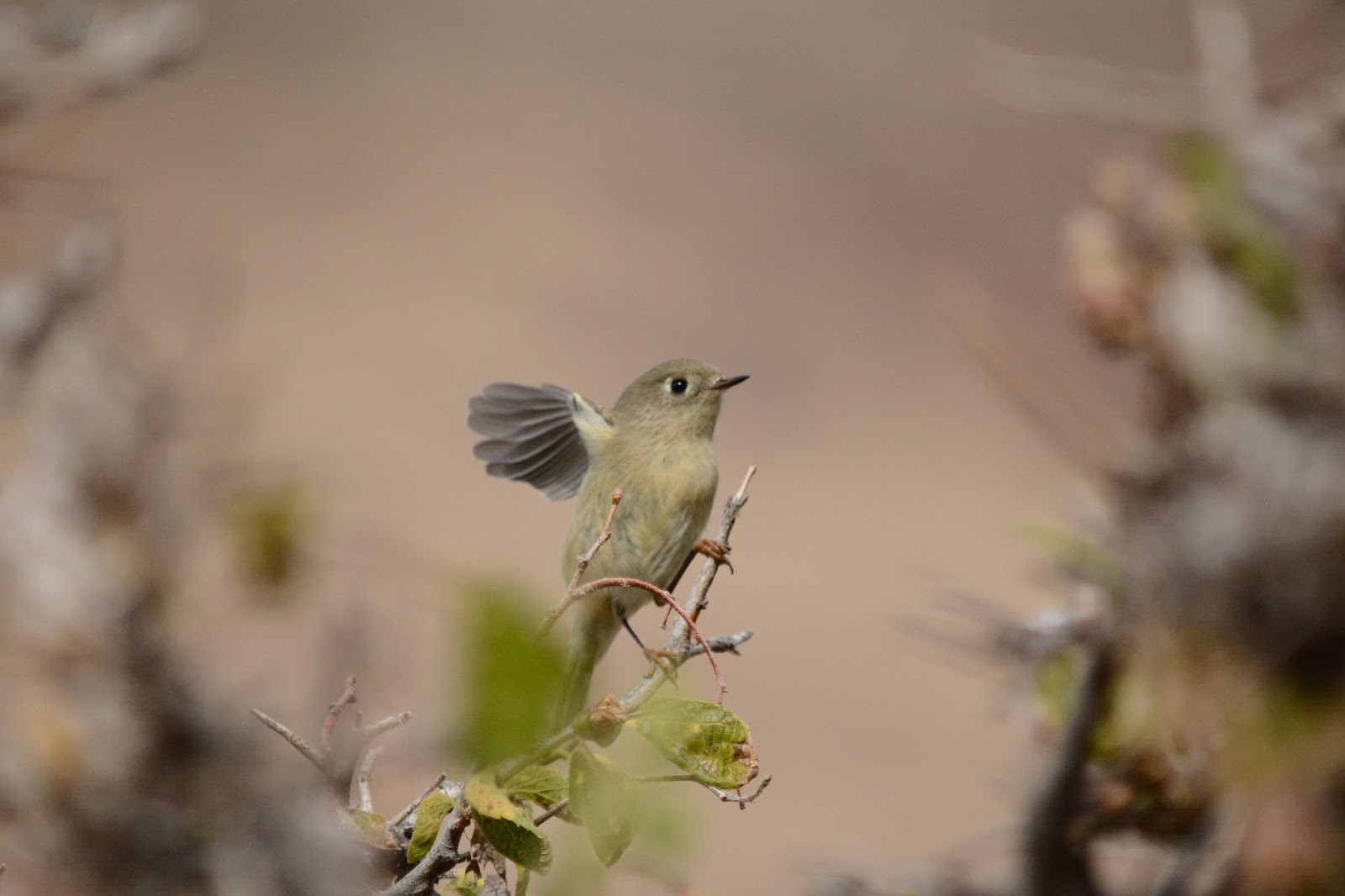 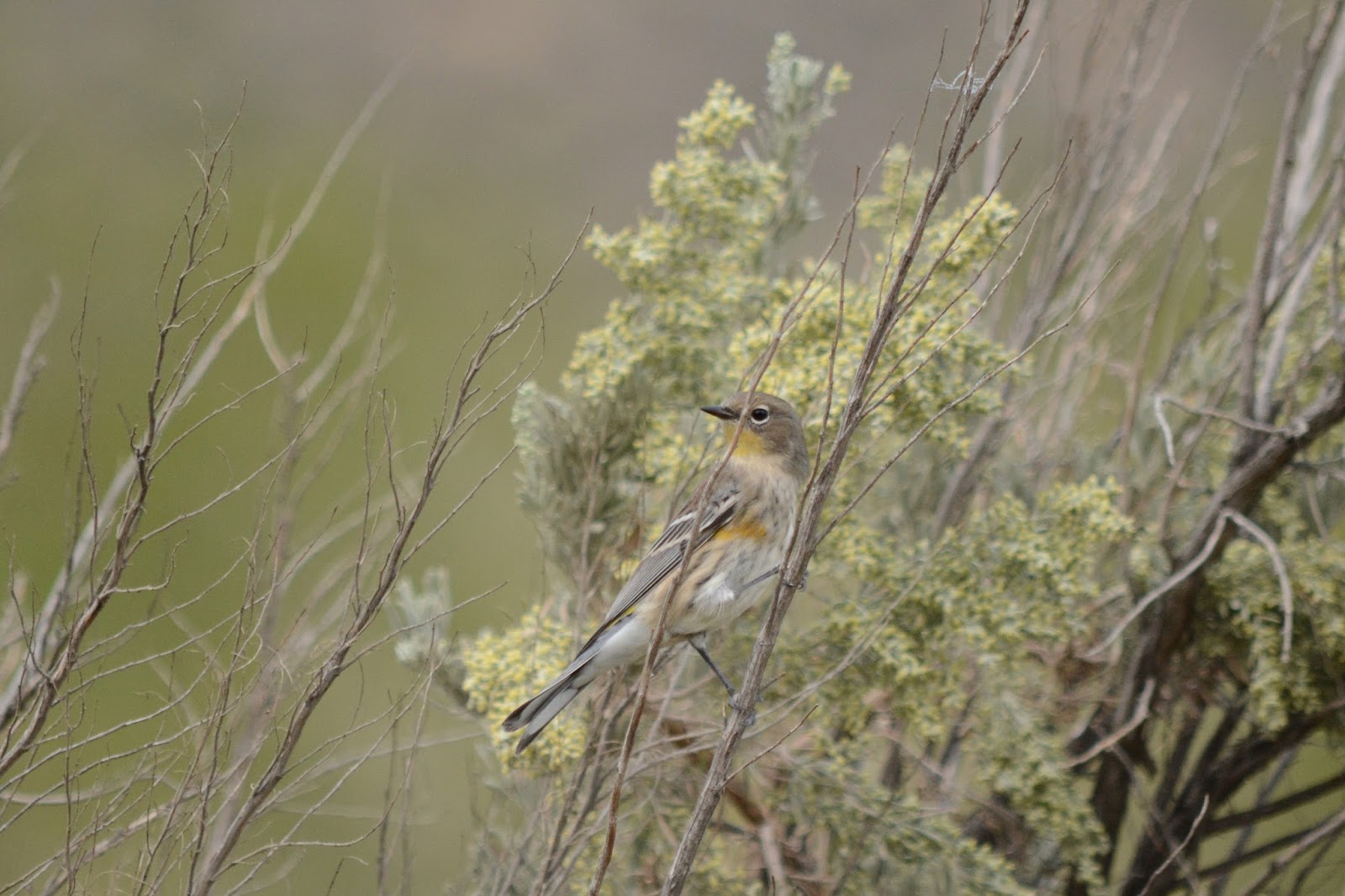 I ended up with only 11 species here, but most were new for the day.  I drove back along 206 towards 19 and noticed an abandoned house and other structures.  The dogs and I decided to check it out. 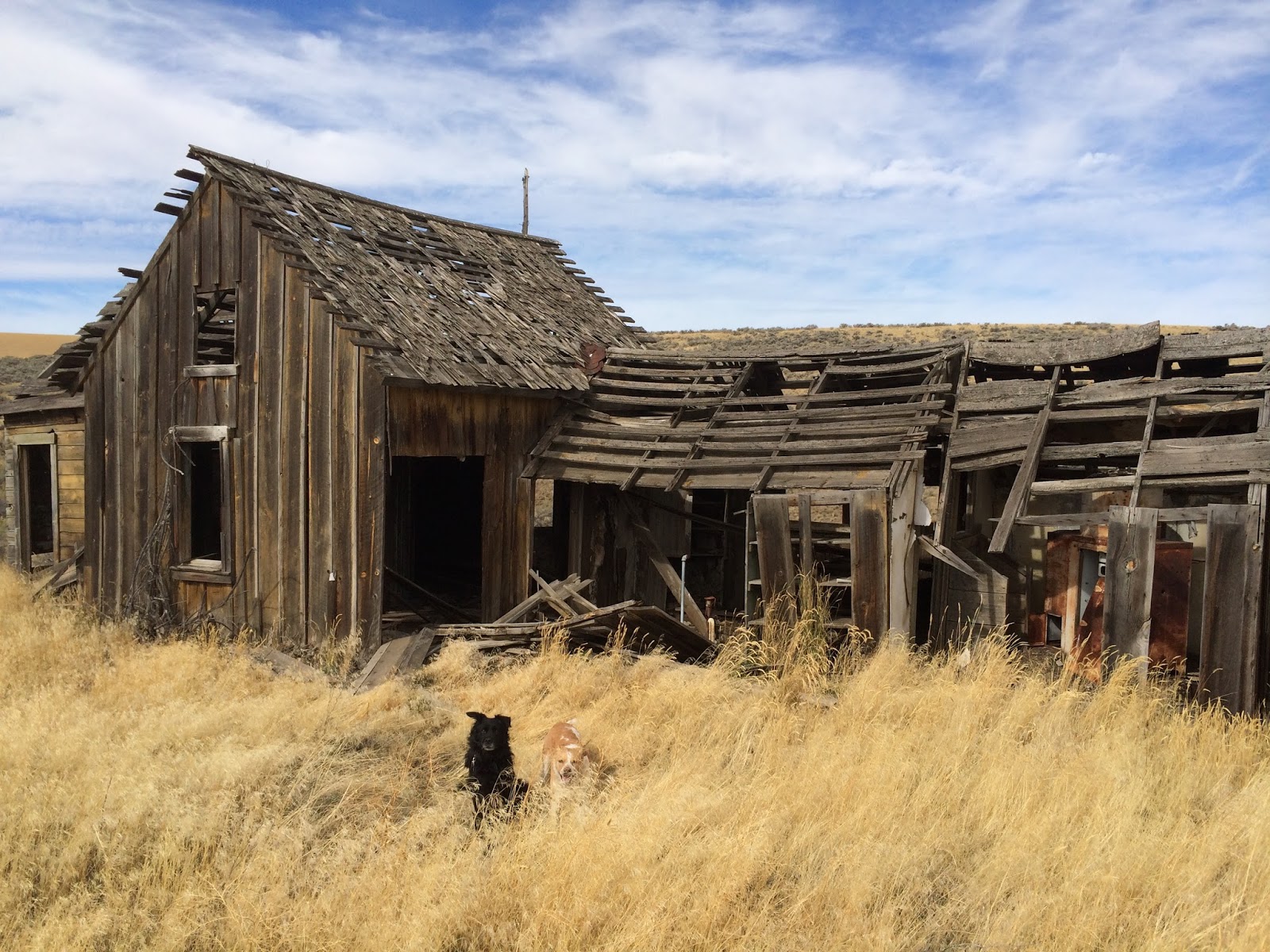 A pheasant flushed from the grass nearby and meadowlarks sang from every direction.  It was a nice spot.  Farther along on the drive I stopped to look at a couple of deer... 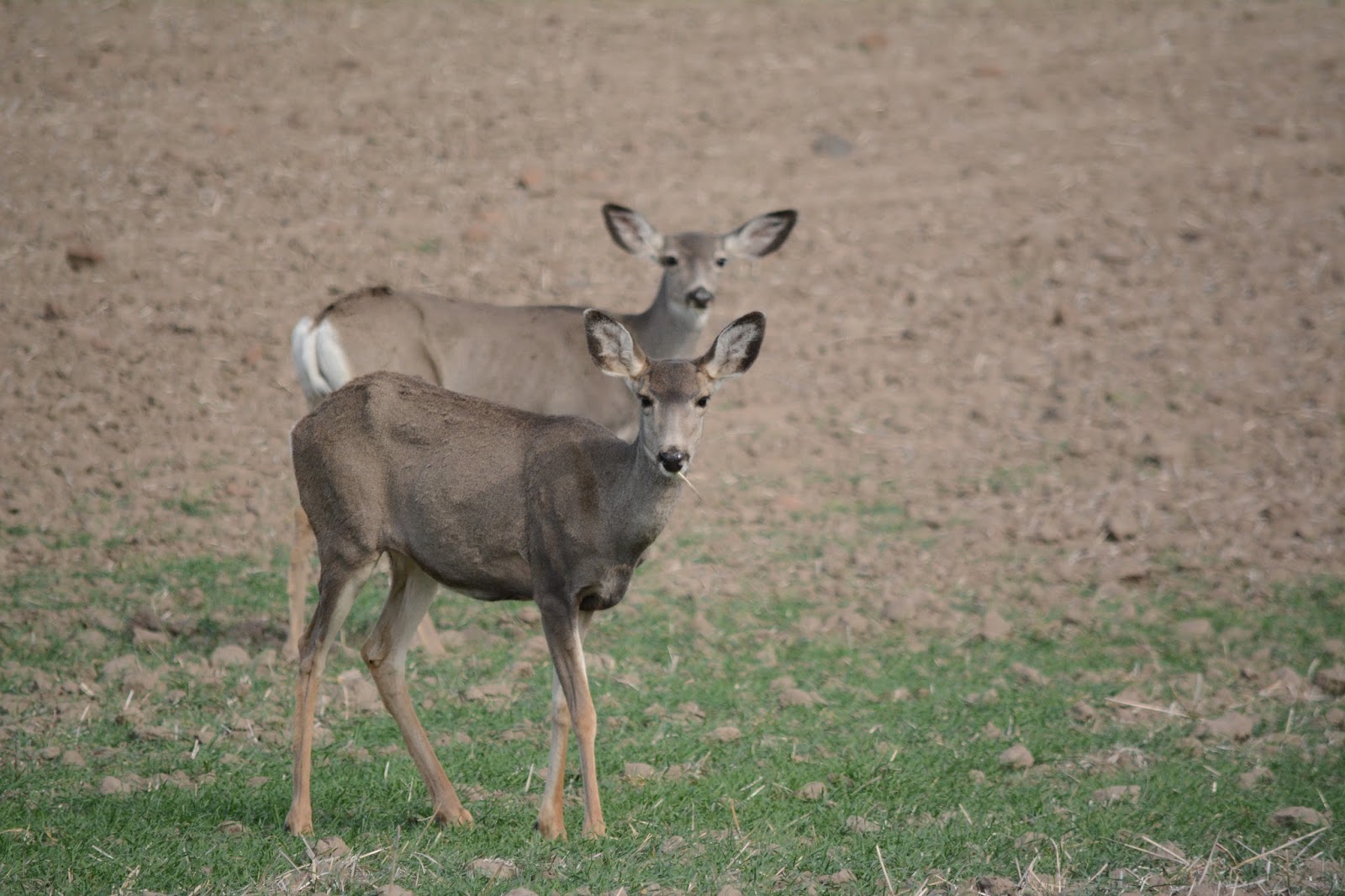 I made it to Condon and headed south on 19 towards Dyer State Park.  A dead porcupine on the side of the road distracted me for quite awhile.  Why are they so damn cute and yet so damn unhuggable? 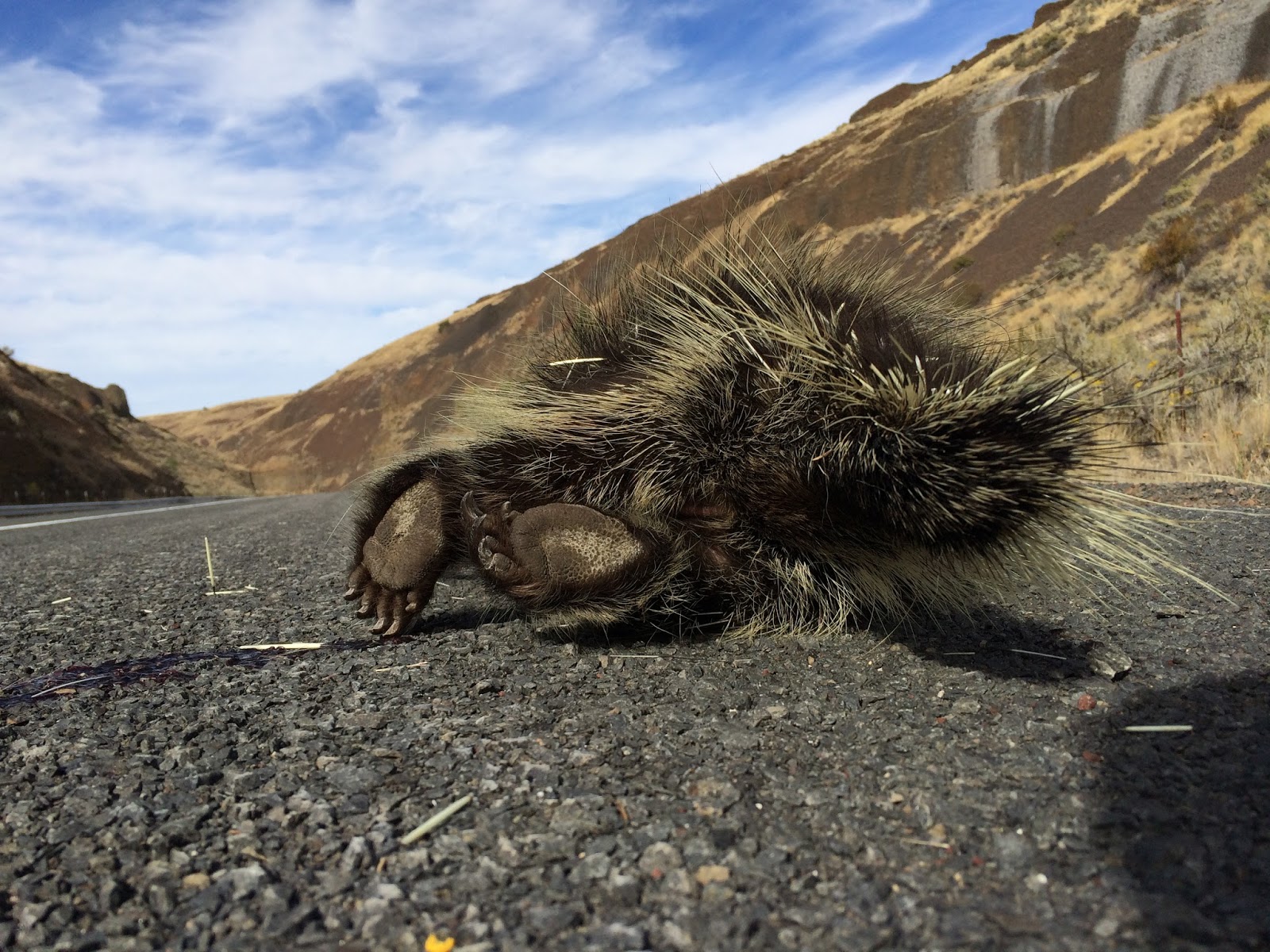 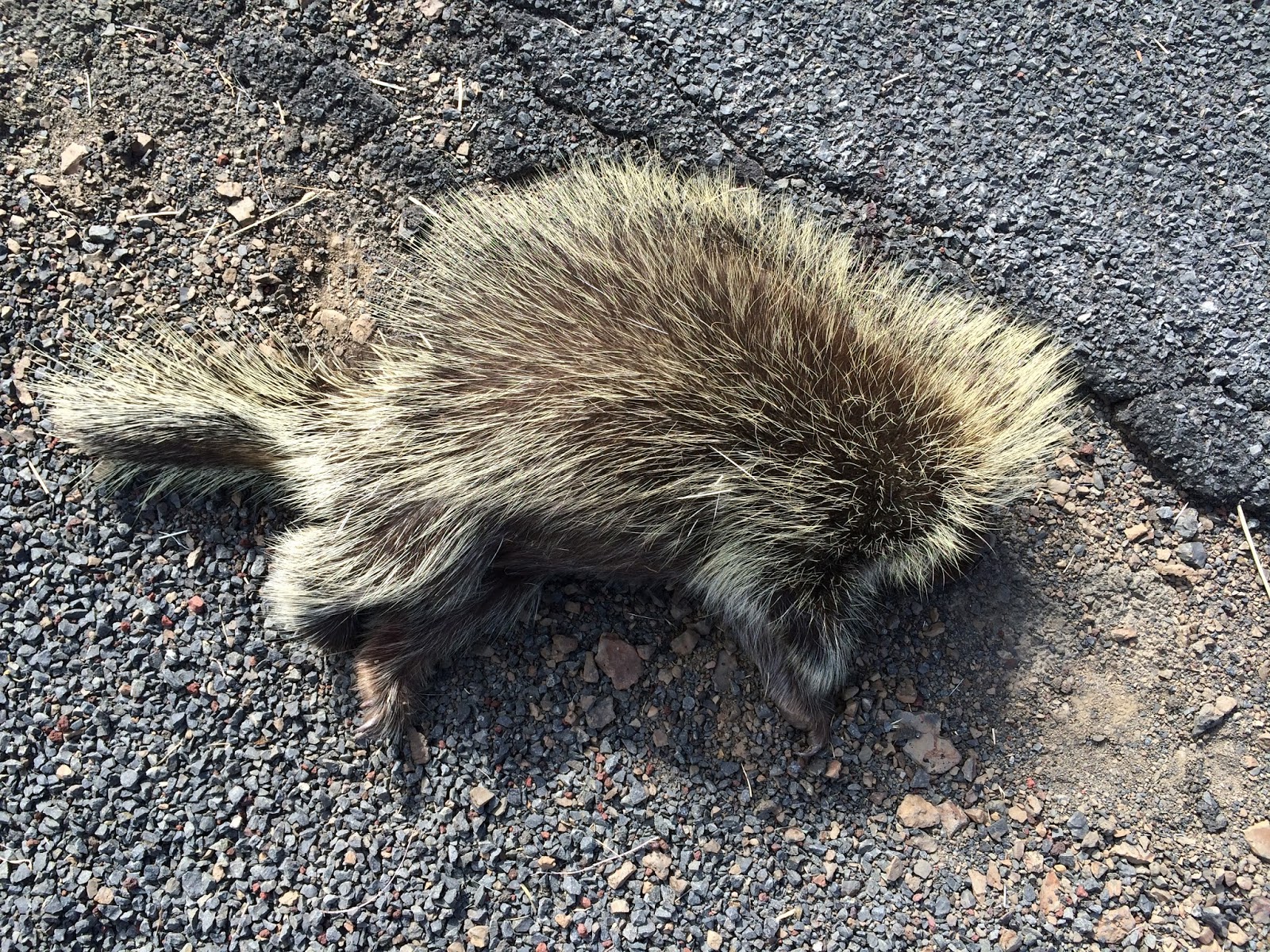 I drove past Dyer State Park even though it looked promising- small patch of grass with sprinklers and bathrooms, but also weird shirt-less dude and his lady friend- and made it to Mayville where I turned onto Carter Hill Road.  Somewhere around there were some Black-billed Magpies. 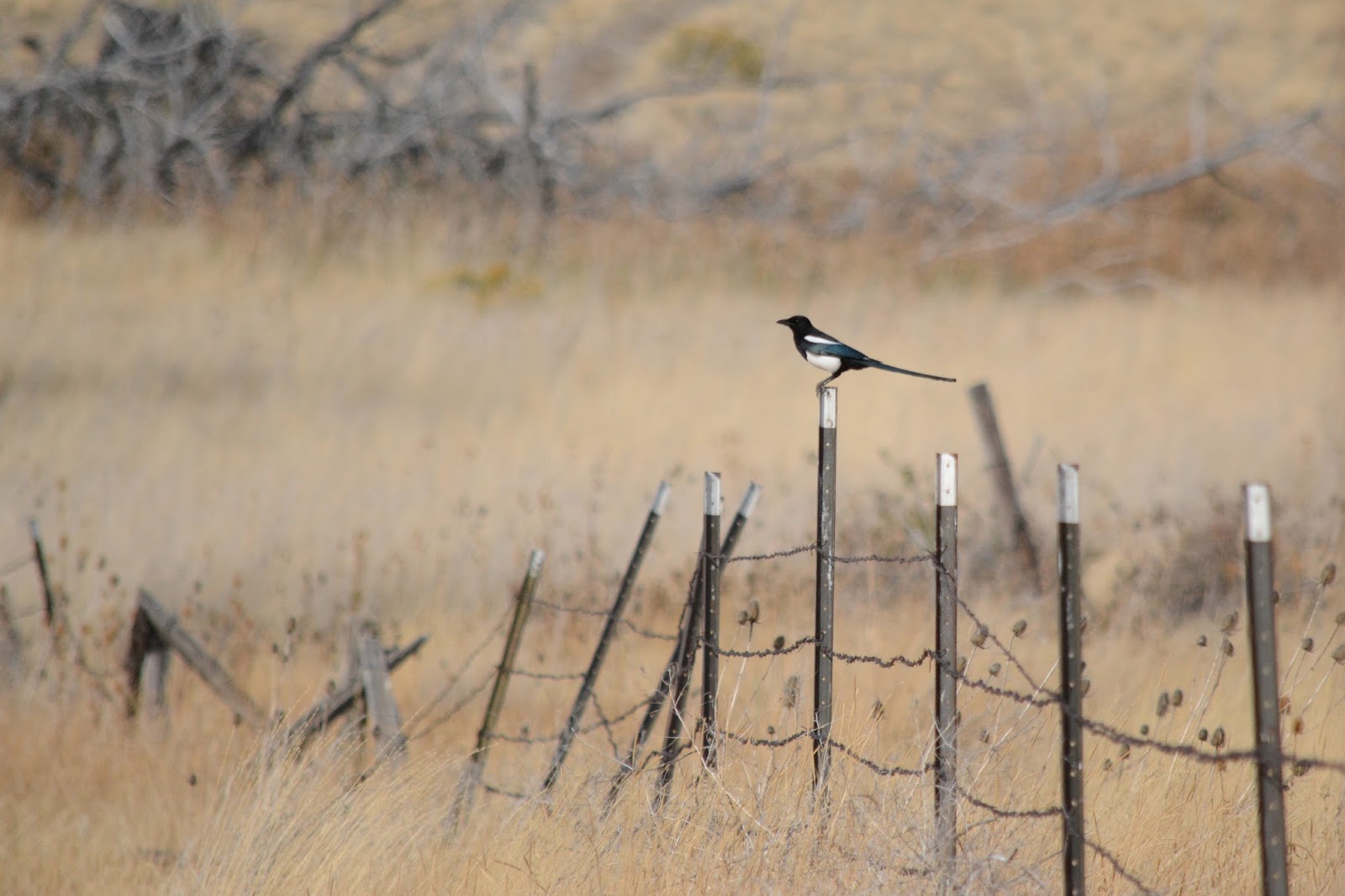 From Carter Hill I turned left onto Ramsey Canyon, hoping to find some birds, but instead I found this gopher snake in the middle of the road.  At the time I didn't know what it was, but I knew it could easily get run over where it was.  So I took a stick and poked it and tried to lift it and hoped it was not venomous.  Eventually it decided I was annoying and slithered off into some rocks.  Success. 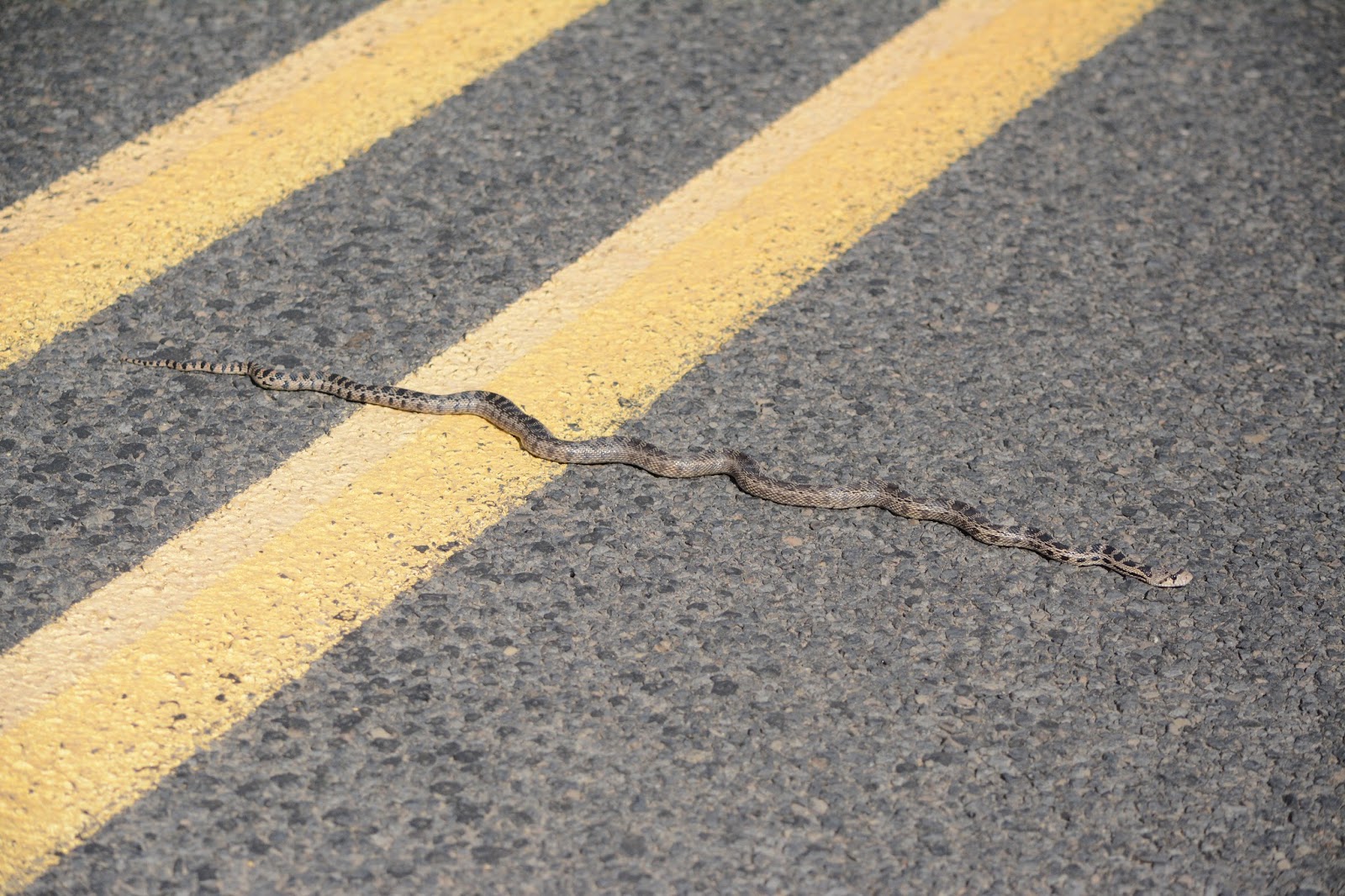 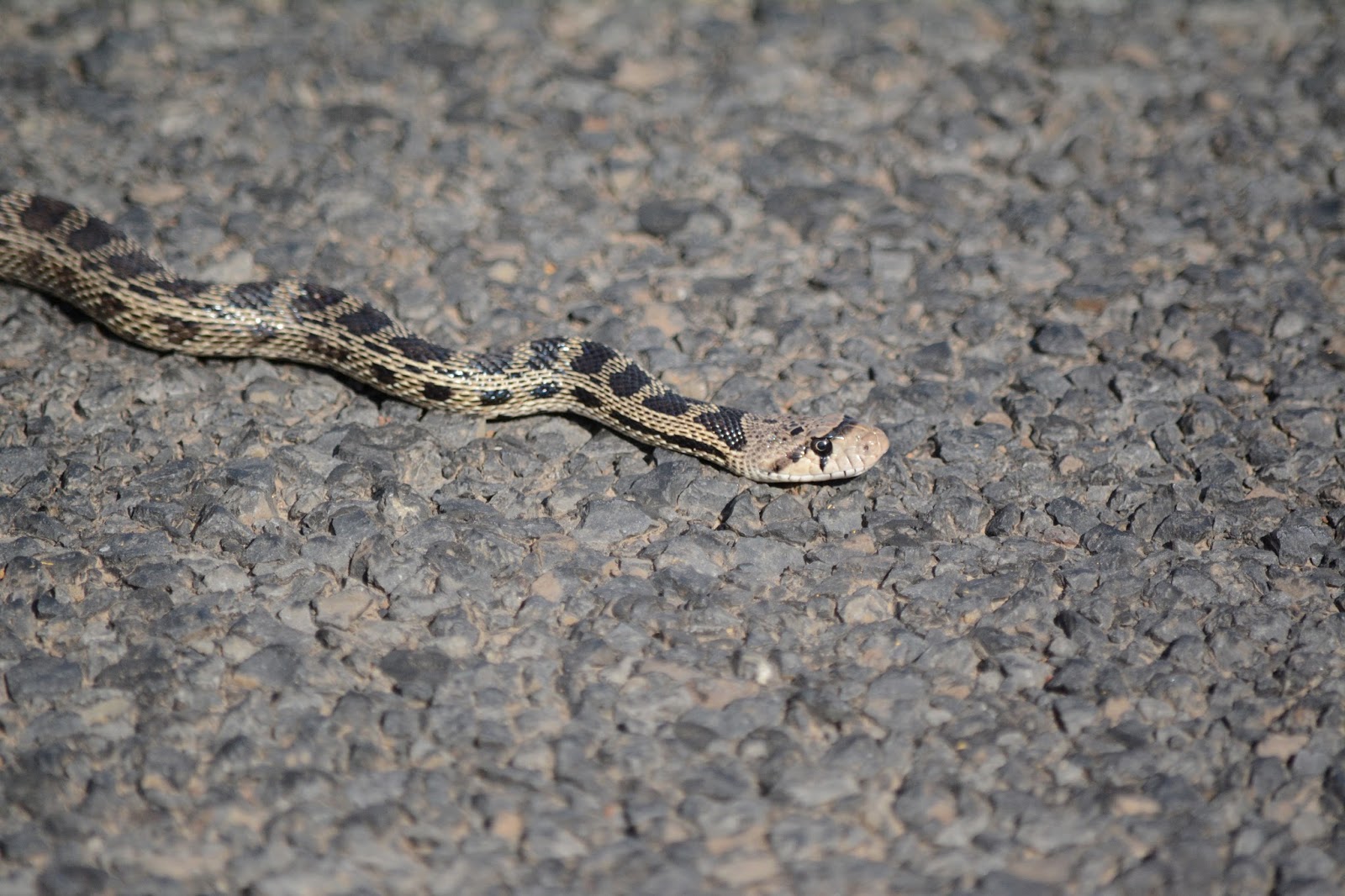 The internet tells me they are not venomous and even considered "good-natured" which seems rather anthropomorphic.  The only bird I recall seeing along this road was a random Hermit Thrush up one of the shaded canyon slopes.  The road dumps out back at Dyer State Park where shirt-less man still seemed sketchy and I kept driving back up to Condon. 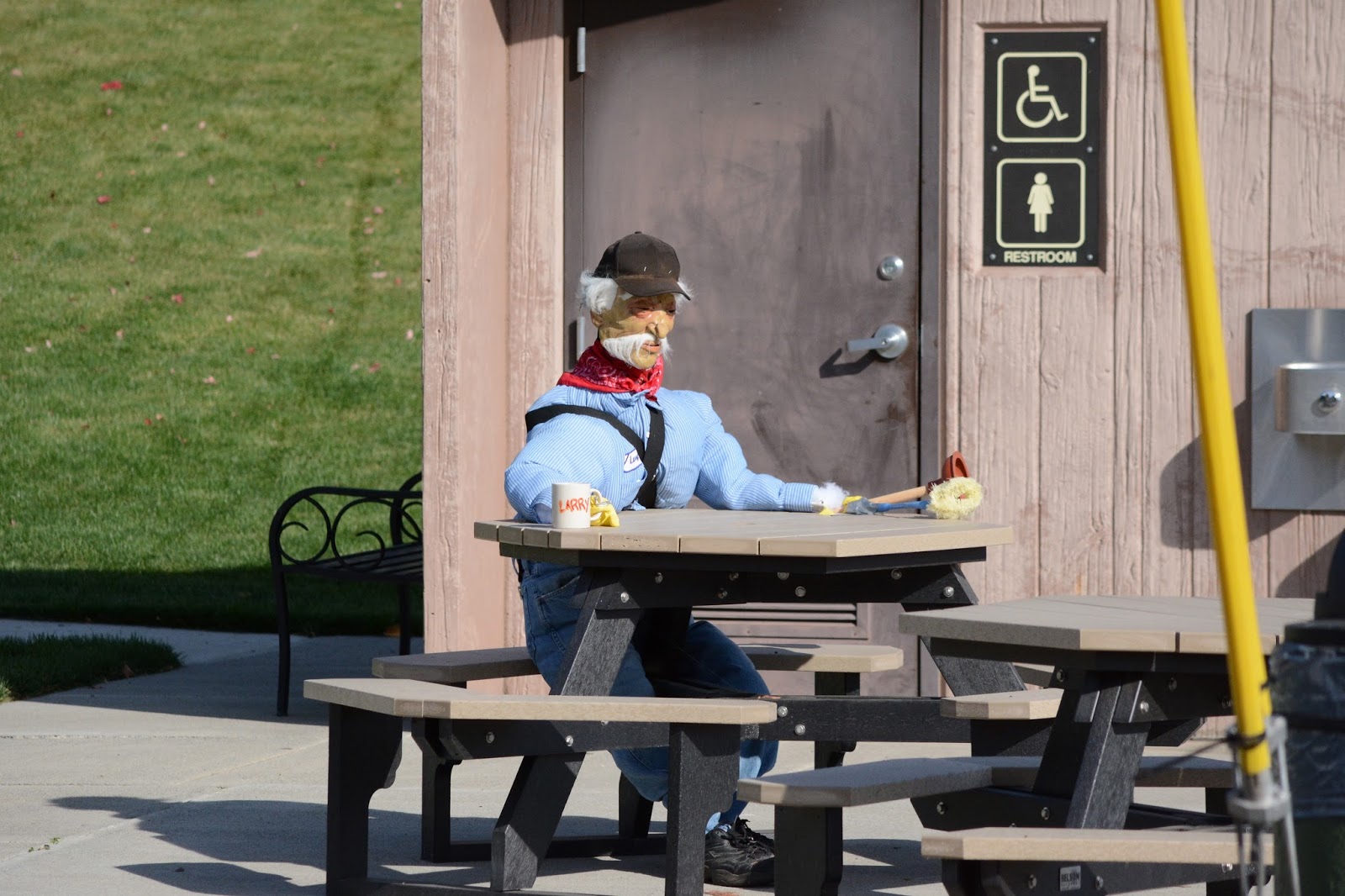 Always here or part of the town scarecrow contest?