on October 07, 2014
On Saturday afternoon I went up to Larch Mountain to stash my camera trap yet again.  It was a pretty warm day and I had low expectations for birds- I wasn't even planning on eBirding the mile and then some hike. 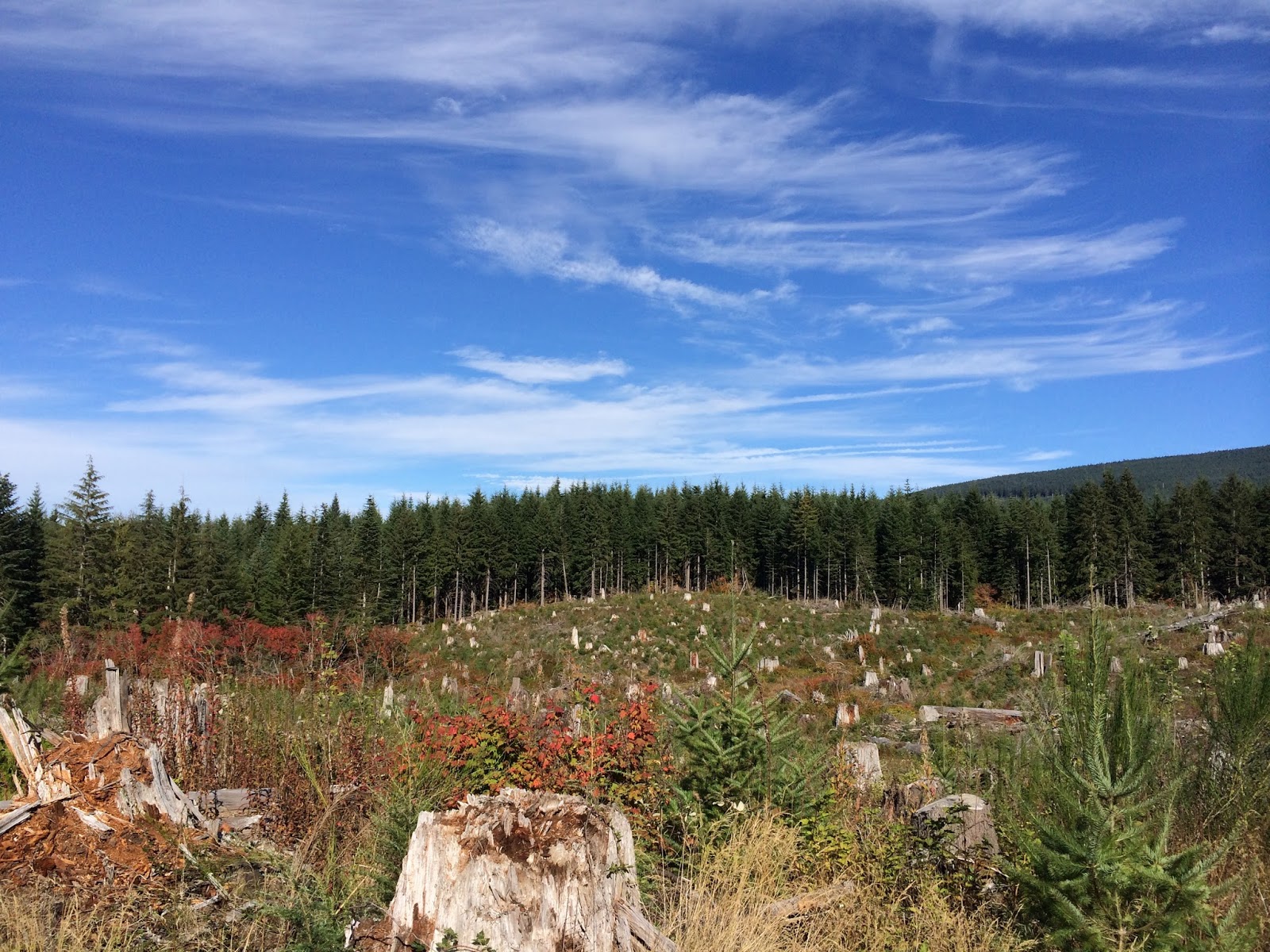 I finally found a spot that seemed promising, somewhere in all those trees.  Hopefully when I return next weekend they won't be chopped down.  It seems every trip to the lower elevation spots there (below where the national forest starts) surprises me with a fresh new clearcut.  Ugh. 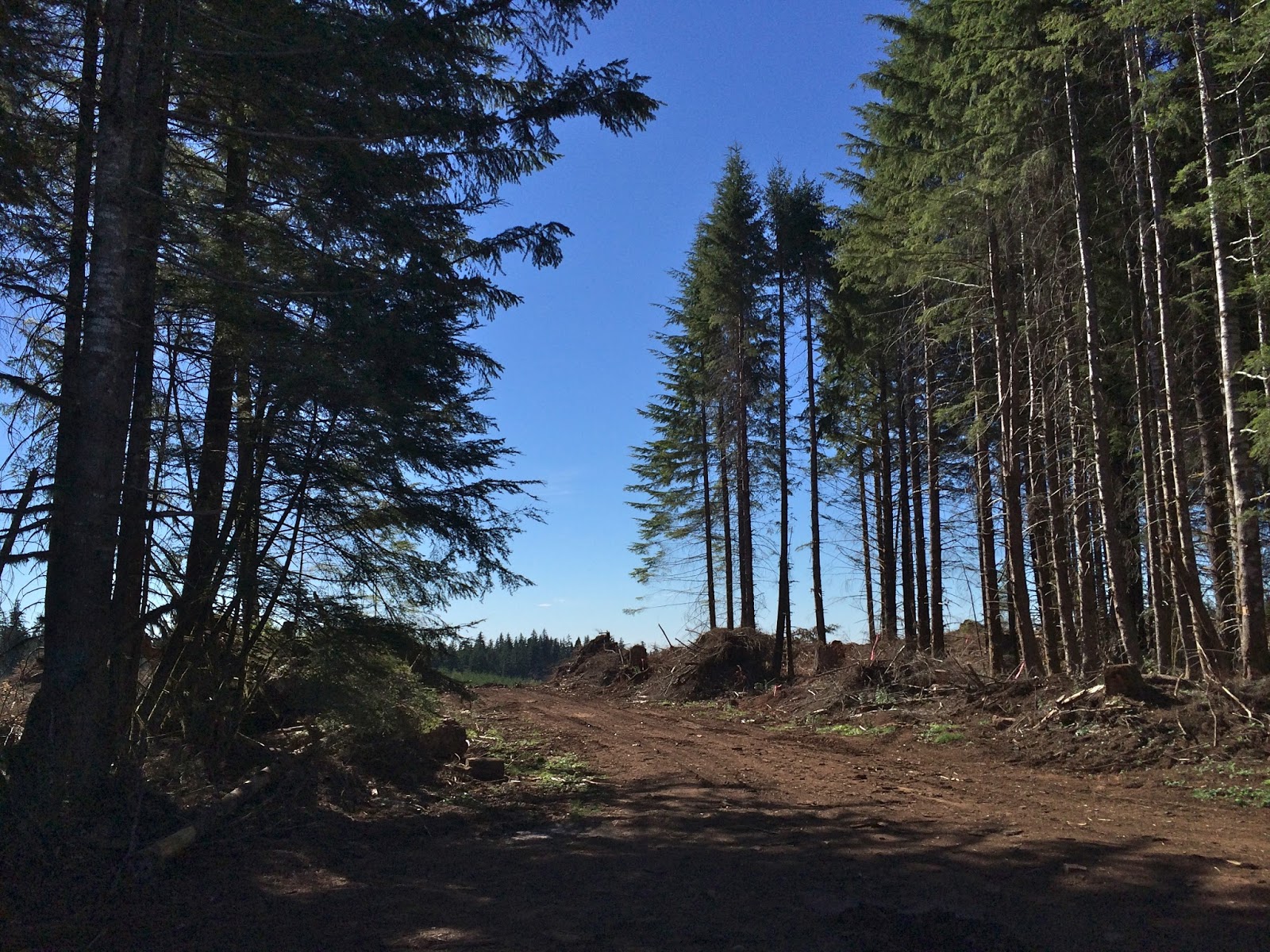 In spring, there were trees beyond these trees.  Sad face.

I did find a neat area with lots of old stumps that turned into multiple trees... 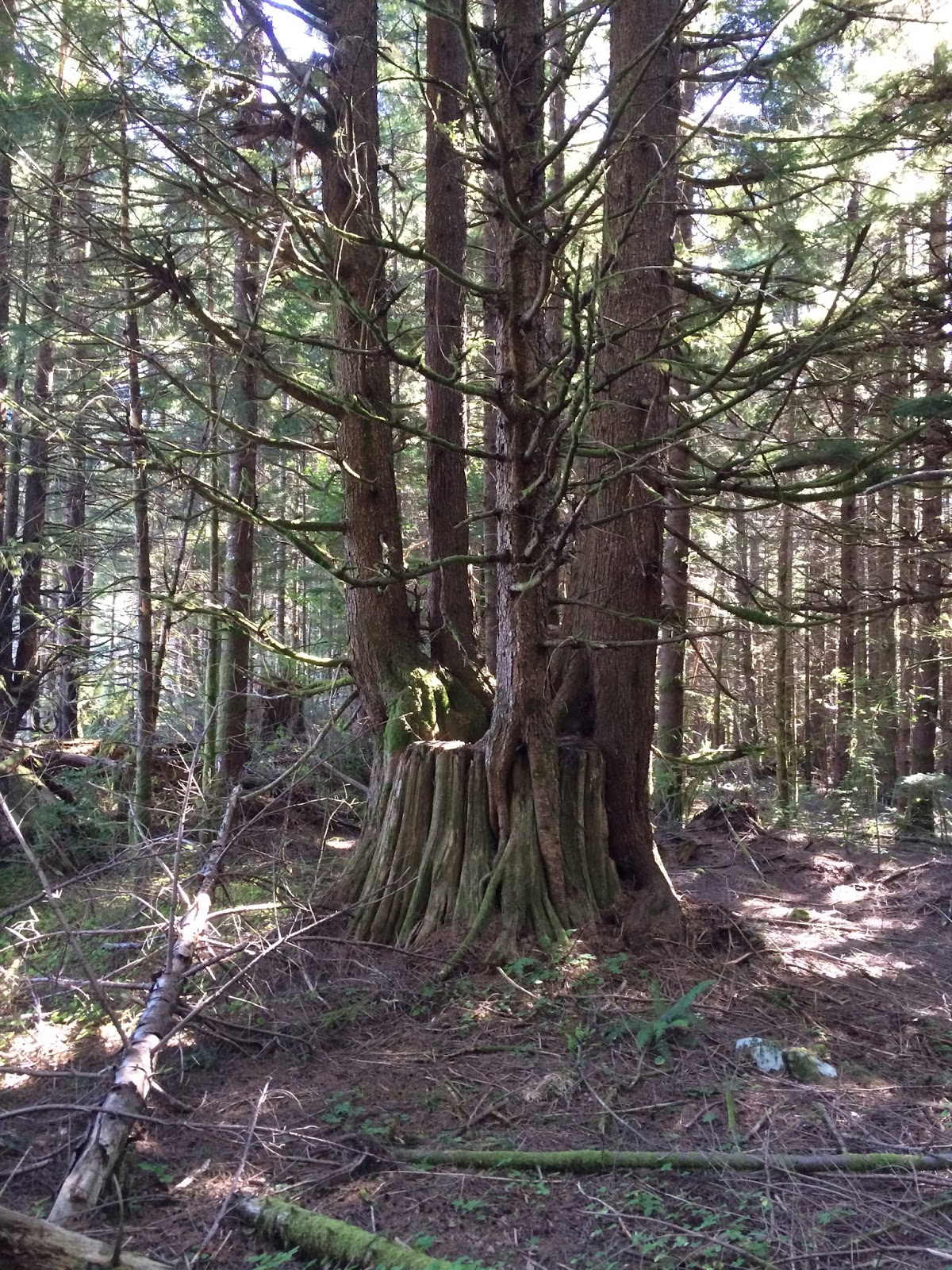 Pretty cool.  On the hike back to the car I was surprised when a handful of Gray Jays suddenly appeared before me.  A county bird!  I knew they were around on Larch Mountain, plenty of people had seen them there, but I had never crossed paths with any.  Score. 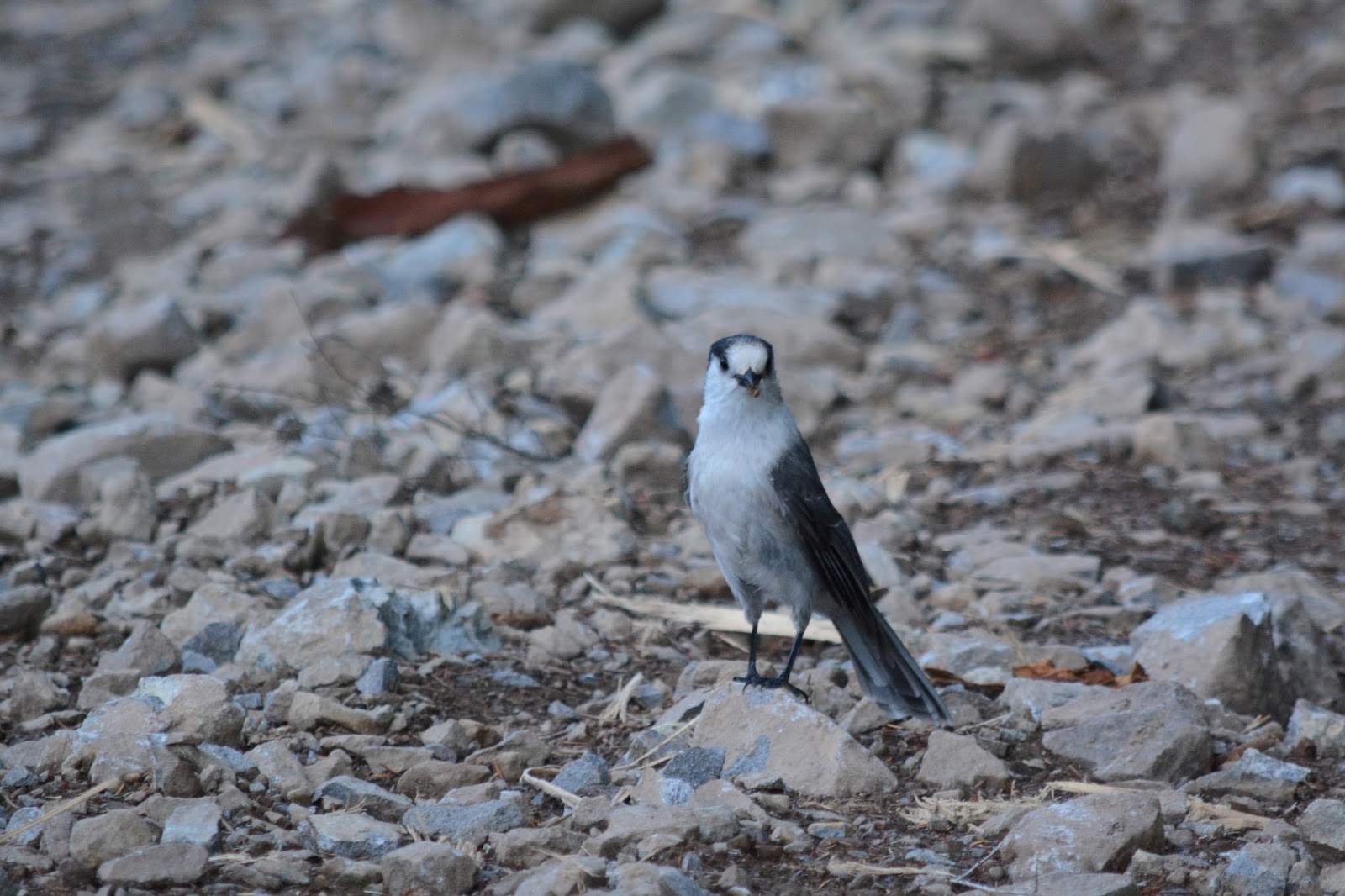 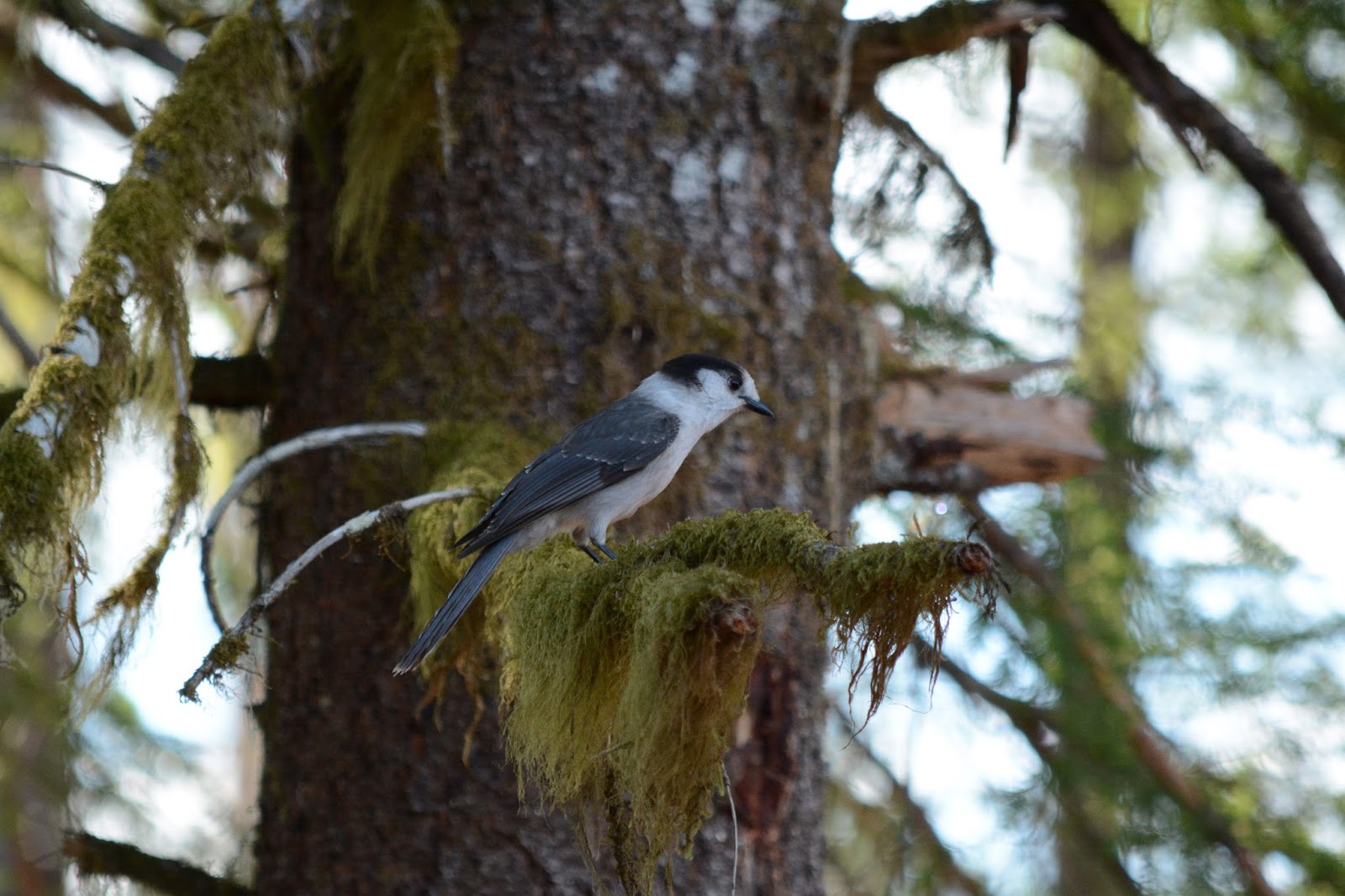 Varied Thrushes are rarely so accommodating. 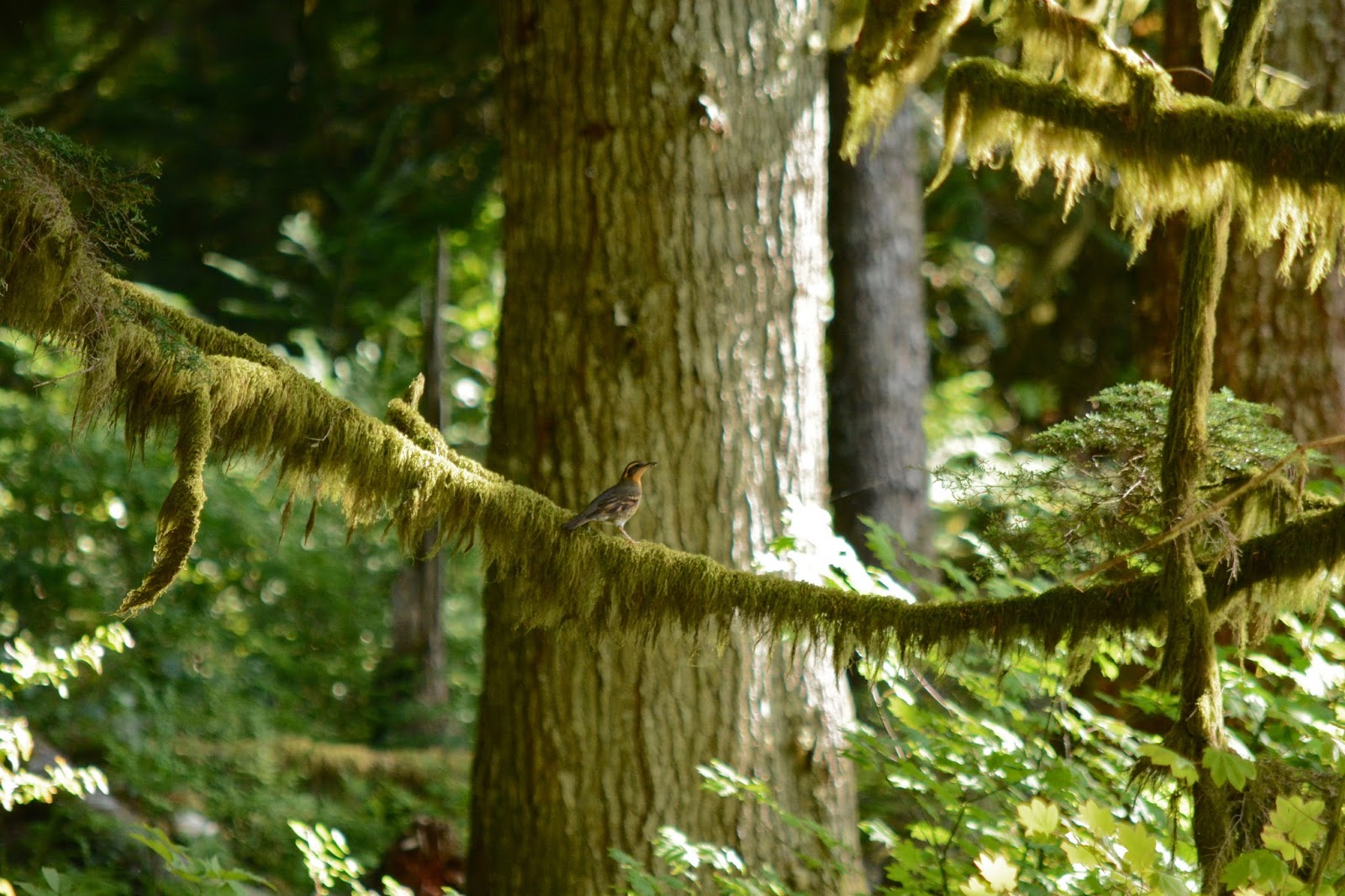 Yesterday morning I decided to go down to Marion County and check out a couple places I had never been.  First up was Champoeg State Park. 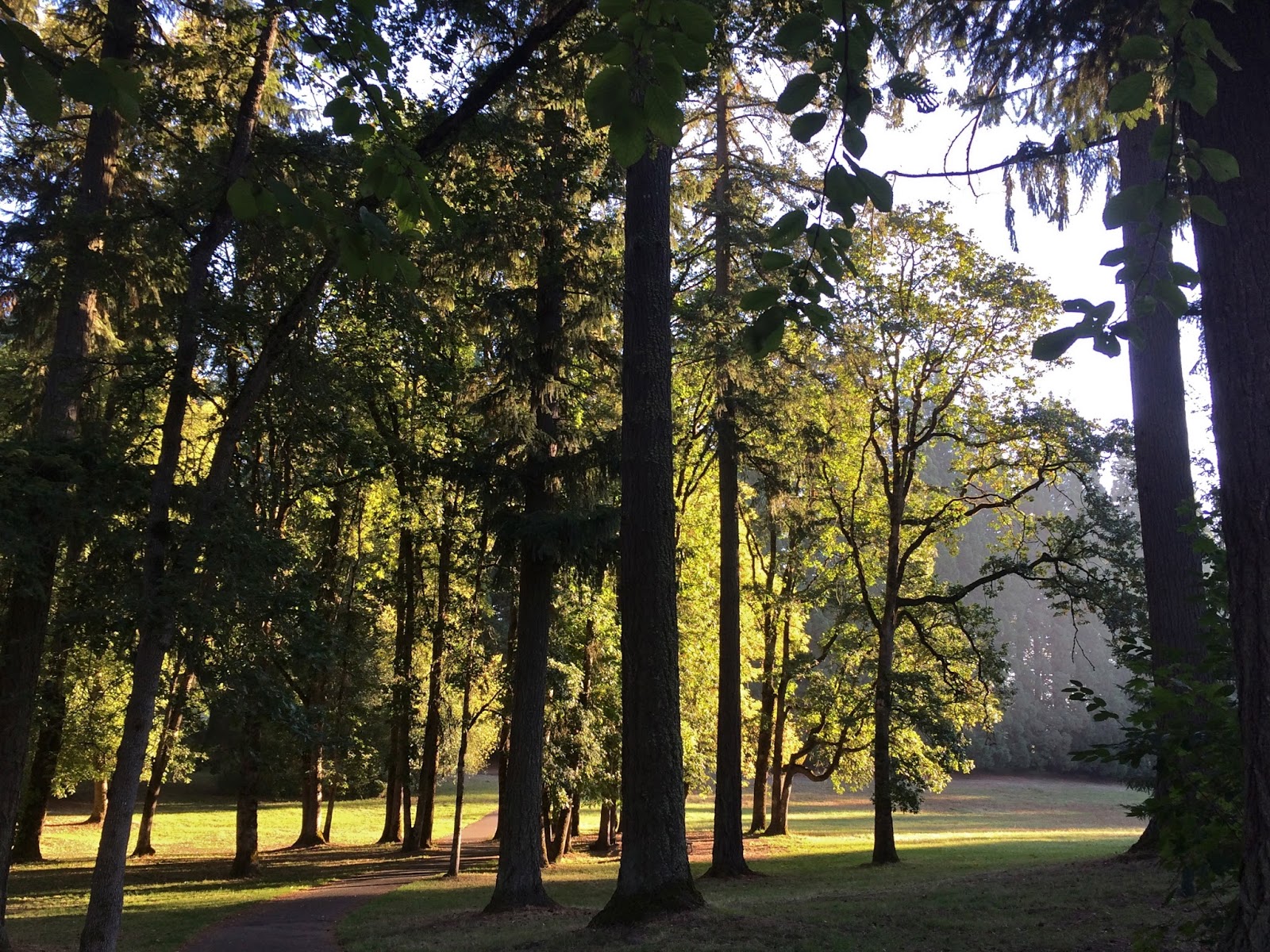 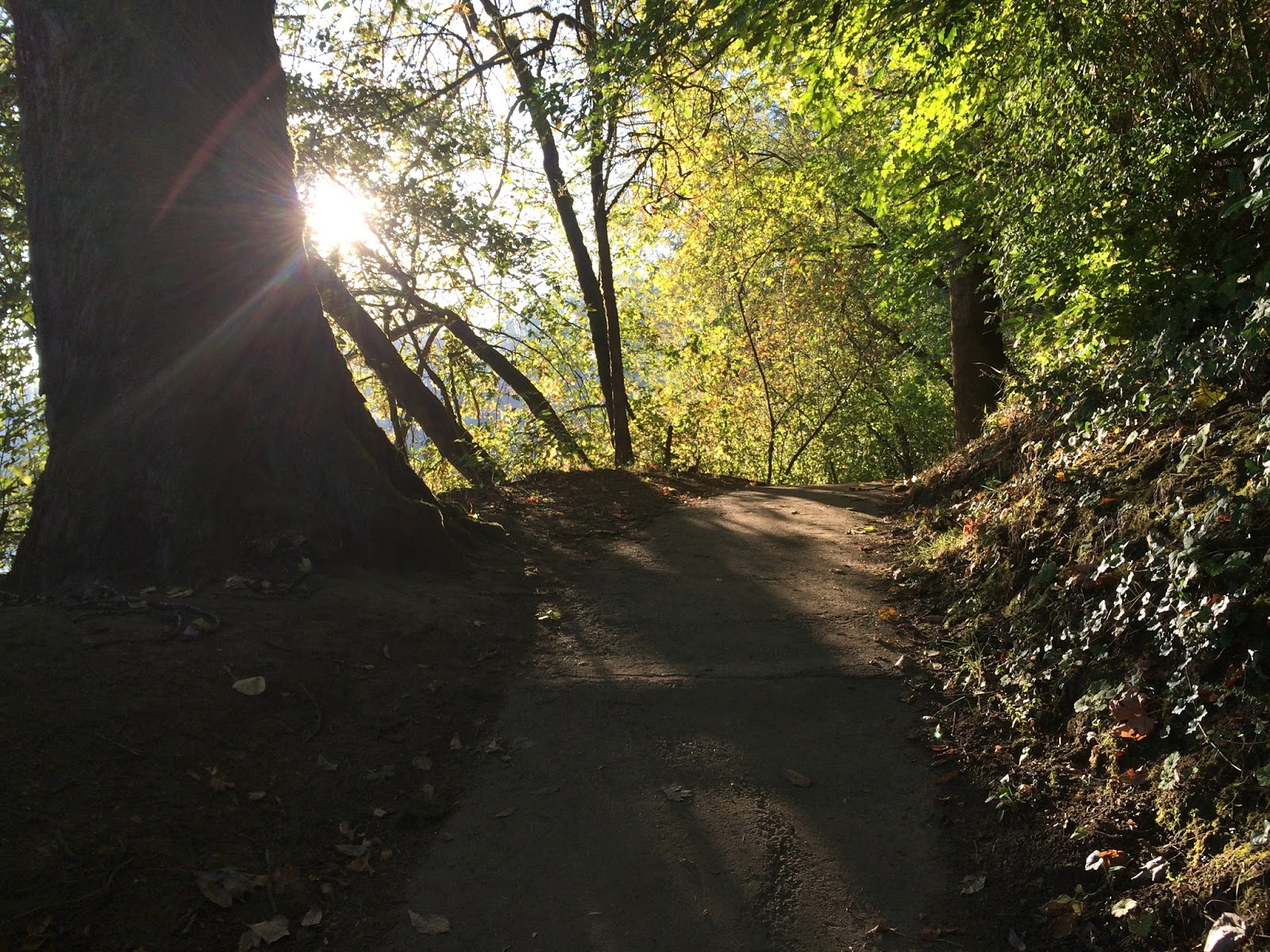 I spent most of the time wandering around the Riverside area of the park, adding several birds to my county list:  Ruby-crowned Kinglet, Belted Kingfisher, Brown Creeper, and Red-breasted Sapsucker. 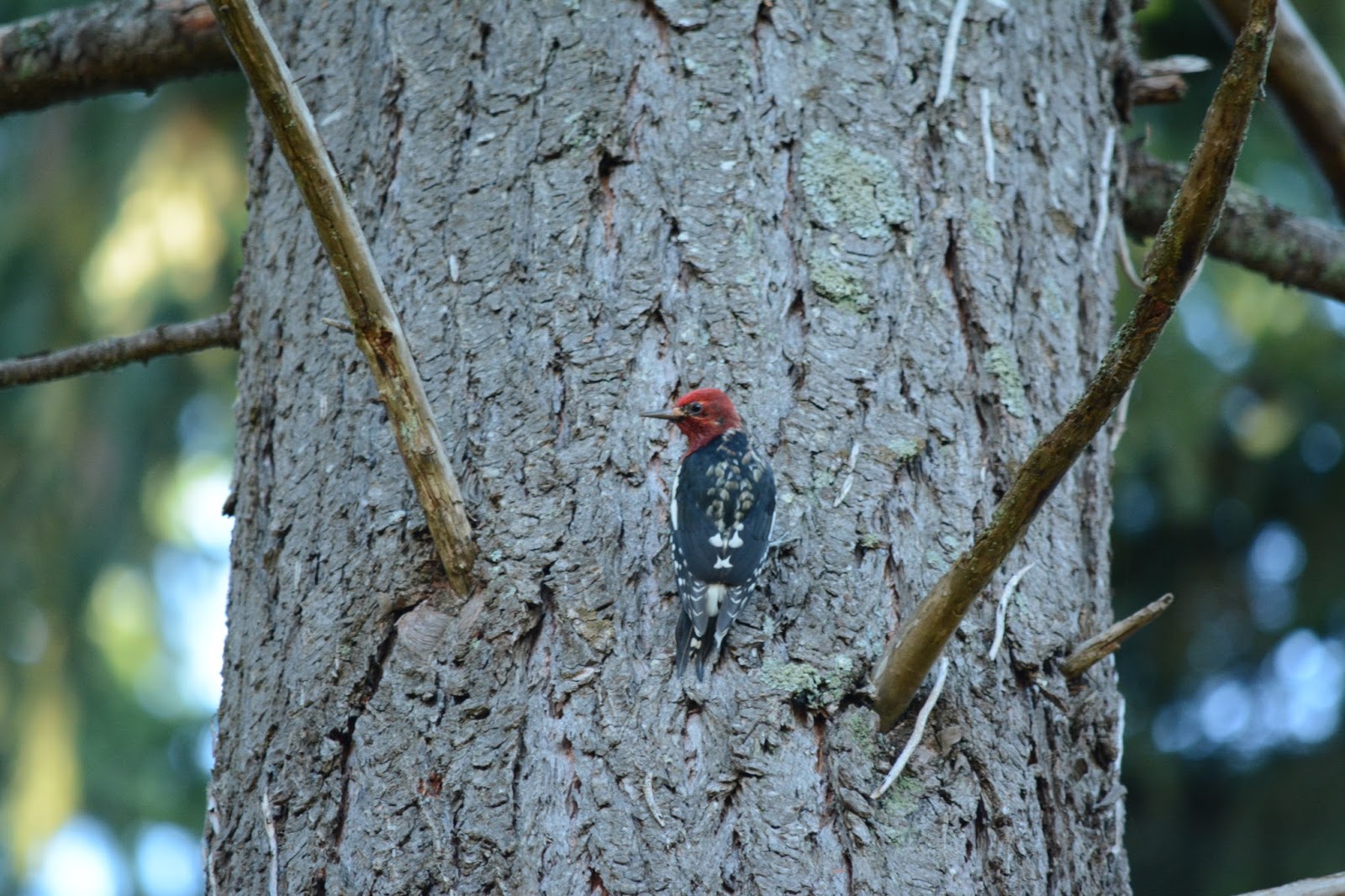 Over in the Oak Grove section I found a disc golf course and a few Acorn Woodpeckers making a racket. 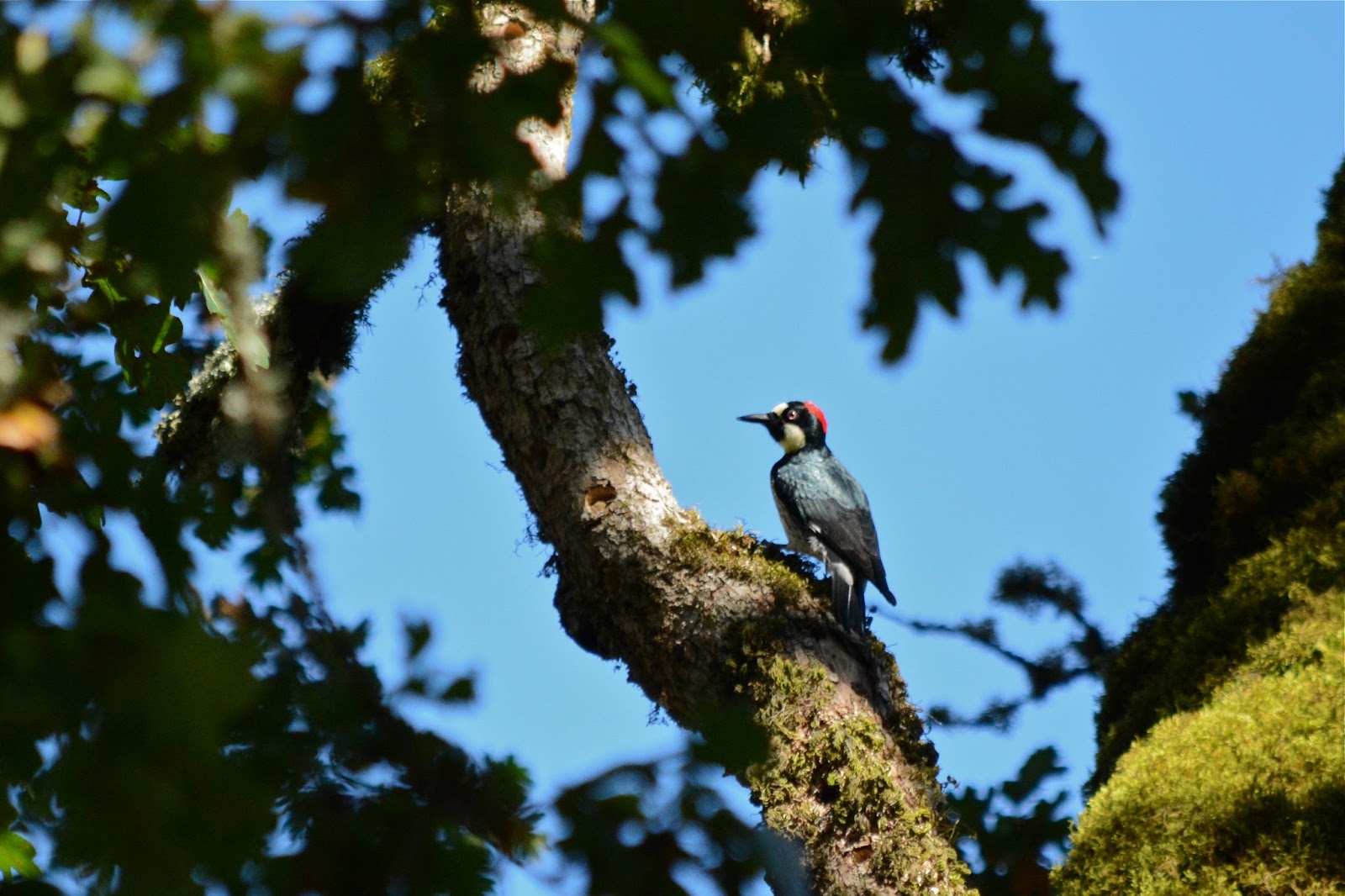 Overall it was a way cooler park than I expected, and way bigger too.  Not so sure about the guy collecting the park fees though... 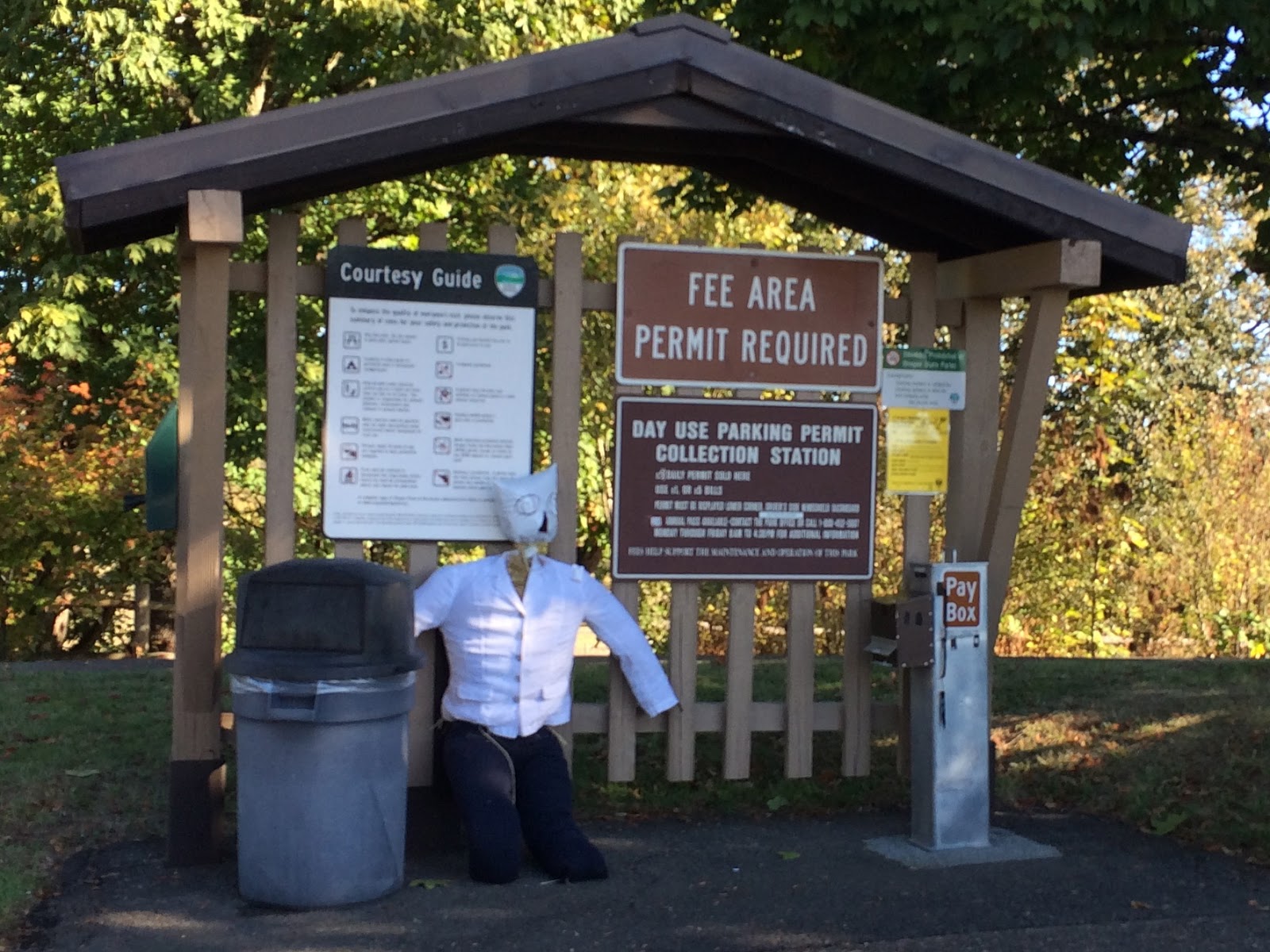 After Champoeg I headed south to what is referred to on eBird as the Turner Road ponds, essentially a lake by a Lowe's parking lot.  Cackling Geese were arriving by the dozens and coots and Ruddy Ducks scooted to get out the way. 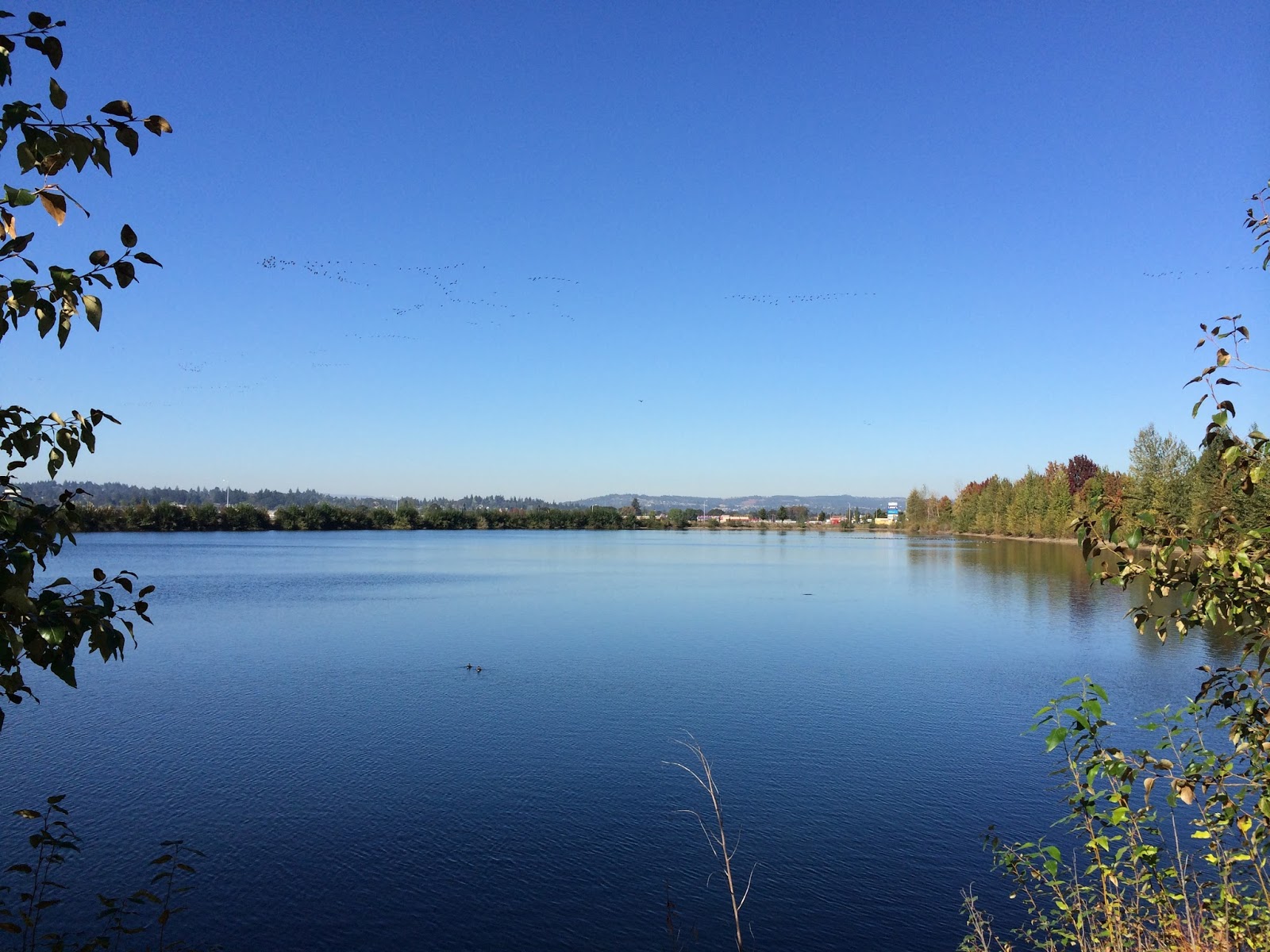 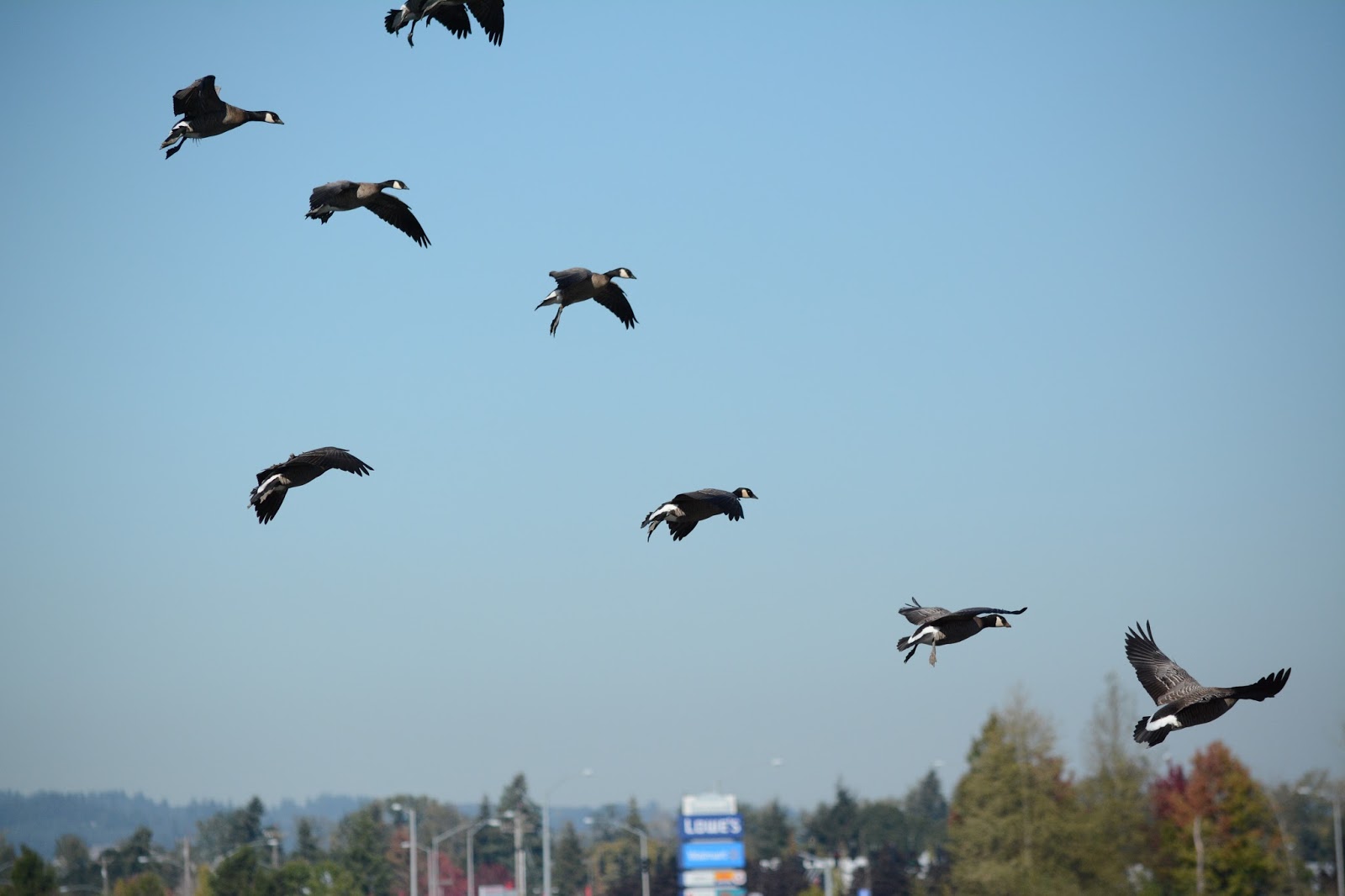 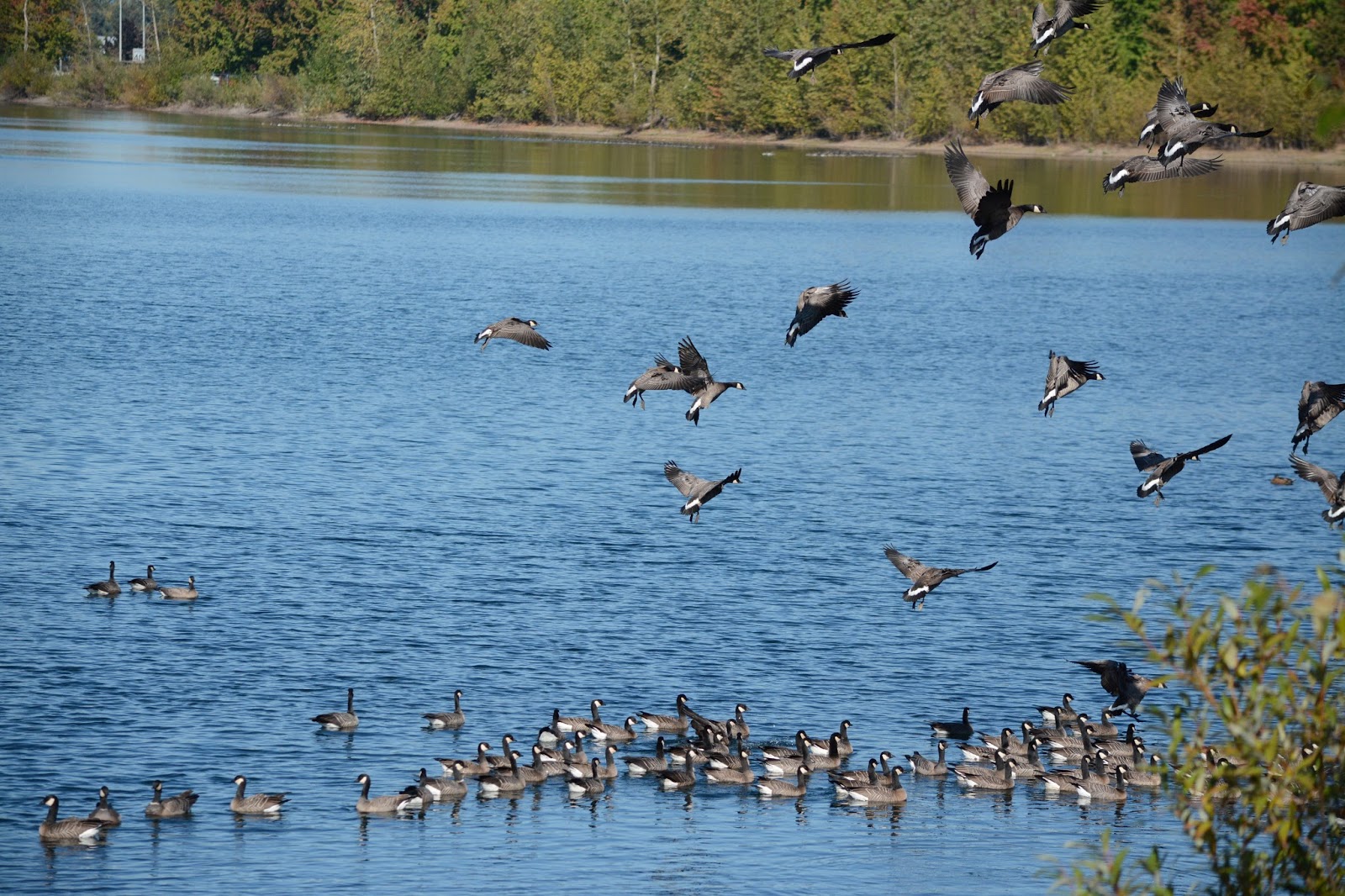 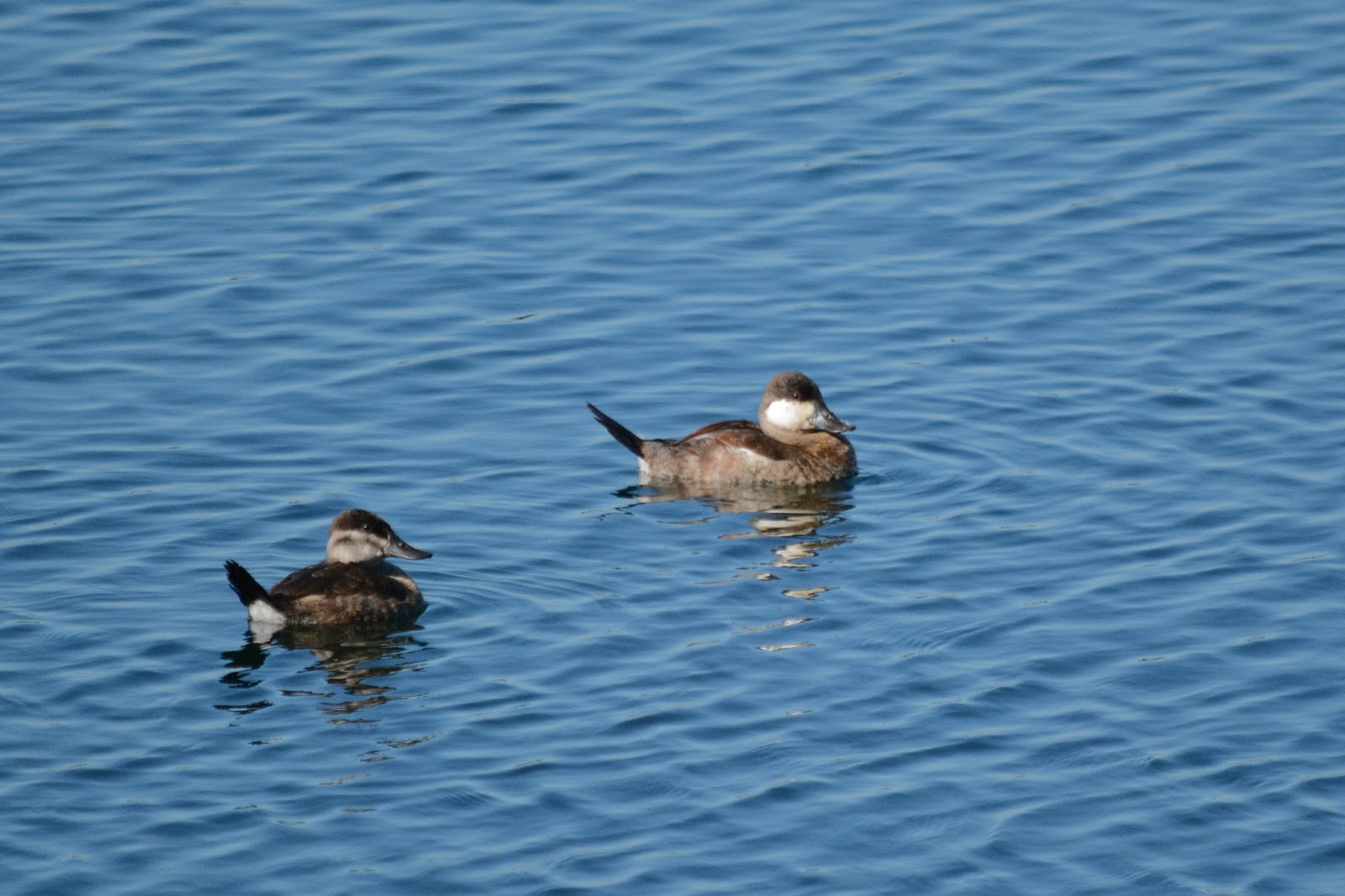 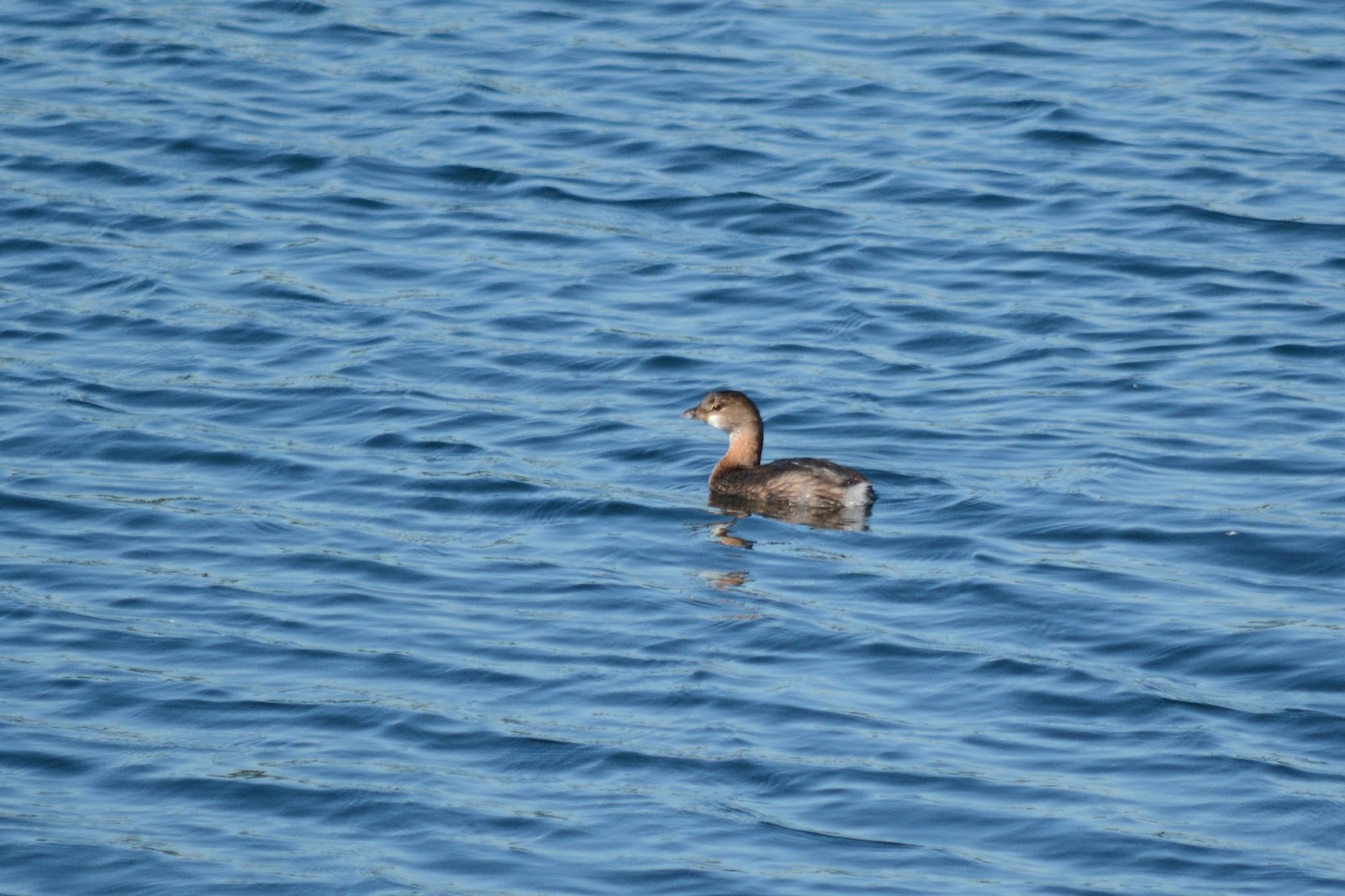 It's actually a pretty nice little spot, considering the proximity to Lowe's and the highway.  Kind of like Mays Lake, I suppose.

I went down to Ankeny NWR afterwards hoping to clinch the last few species I would need to hit 100 in Marion, but the heat was too much to leave the dogs in the car for any amount of time, and I quit with only 98 under my belt.  Here's #98 at Eagle "Marsh": 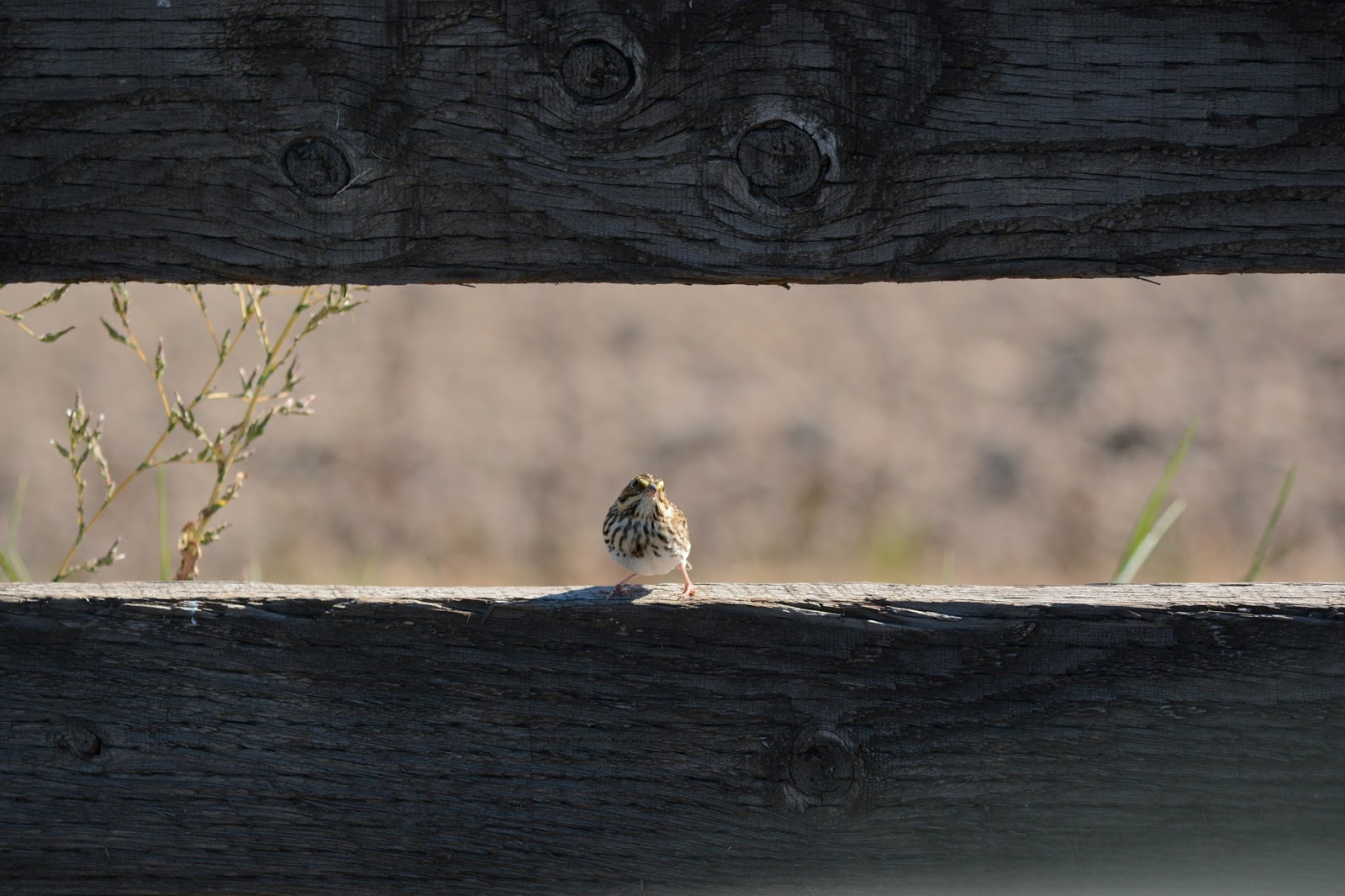 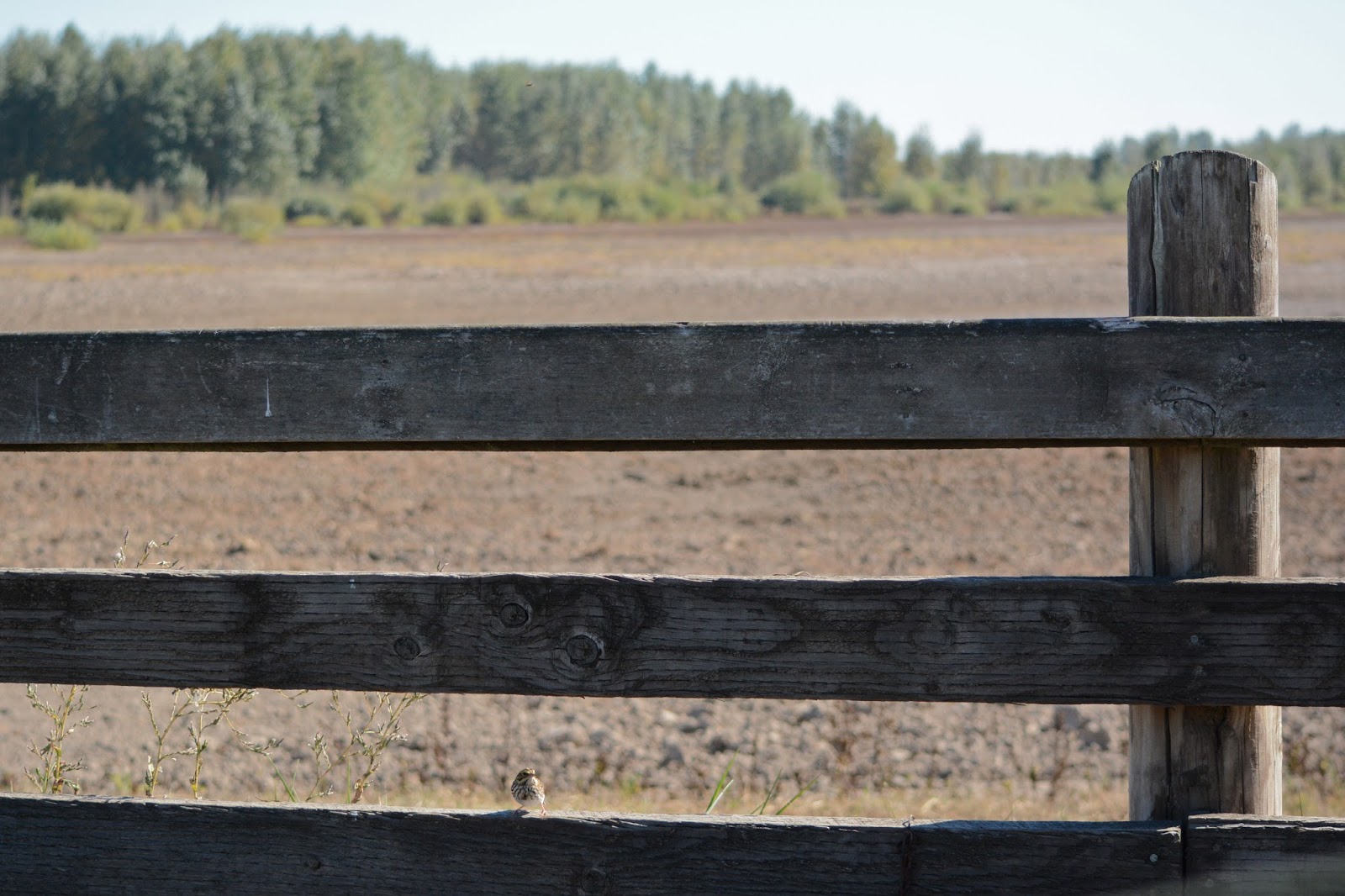 And the unzoomed version, showcasing the dried up marsh.

Pintail Pond had plenty of water, but I didn't notice anything I needed, and it was hot, and I needed to get back home.  I accidentally ran over an already dead skunk near there and the smell came the whole way home with me.  Good times!
Acorn Woodpecker Cackling Goose Gray Jay Pied-billed Grebe Red-breasted Sapsucker Ruddy Duck Savannah Sparrow Varied Thrush