Siskins are back!  In my yard!  They left in spring of 2013 and did not return until this morning. 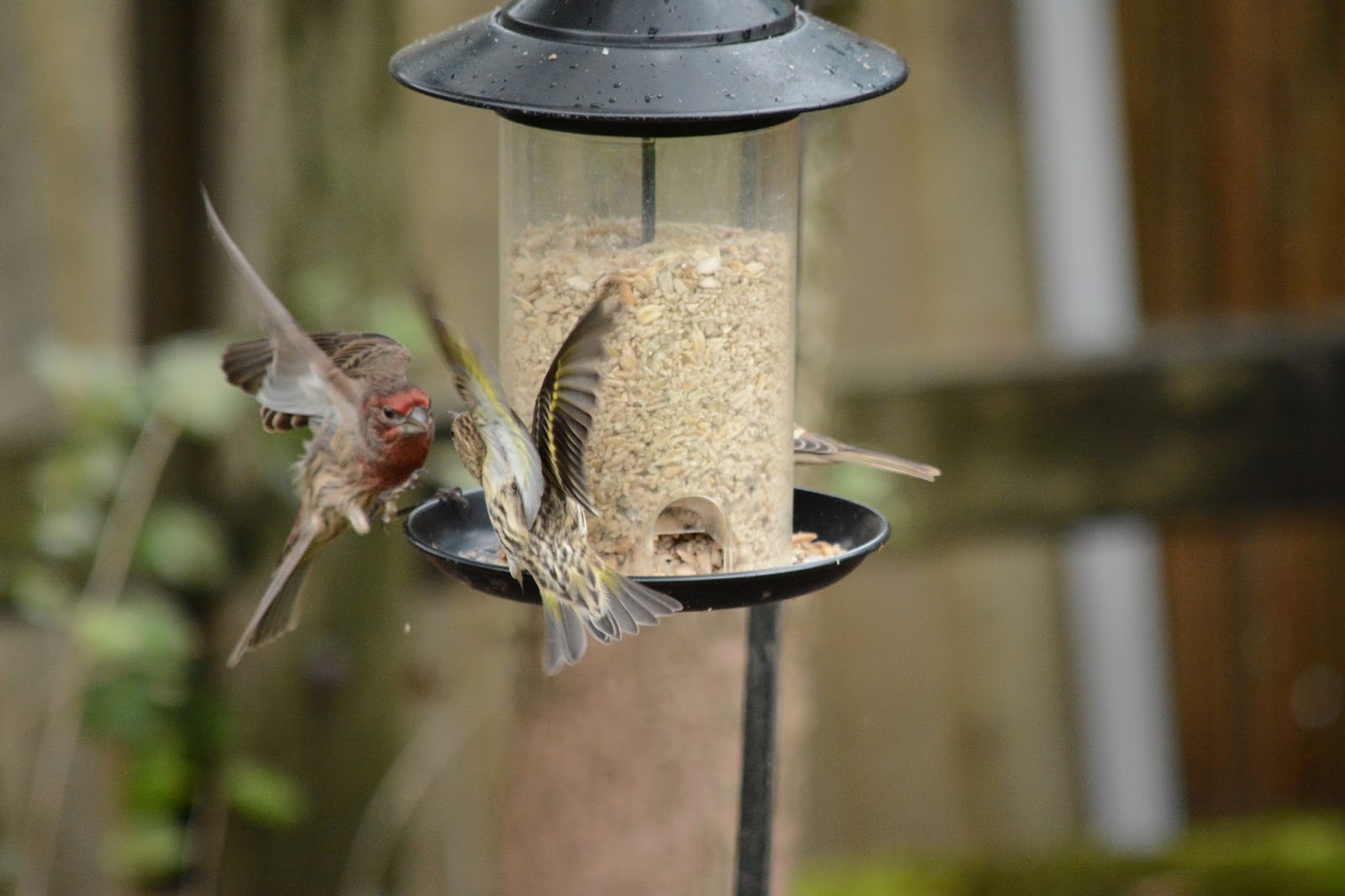 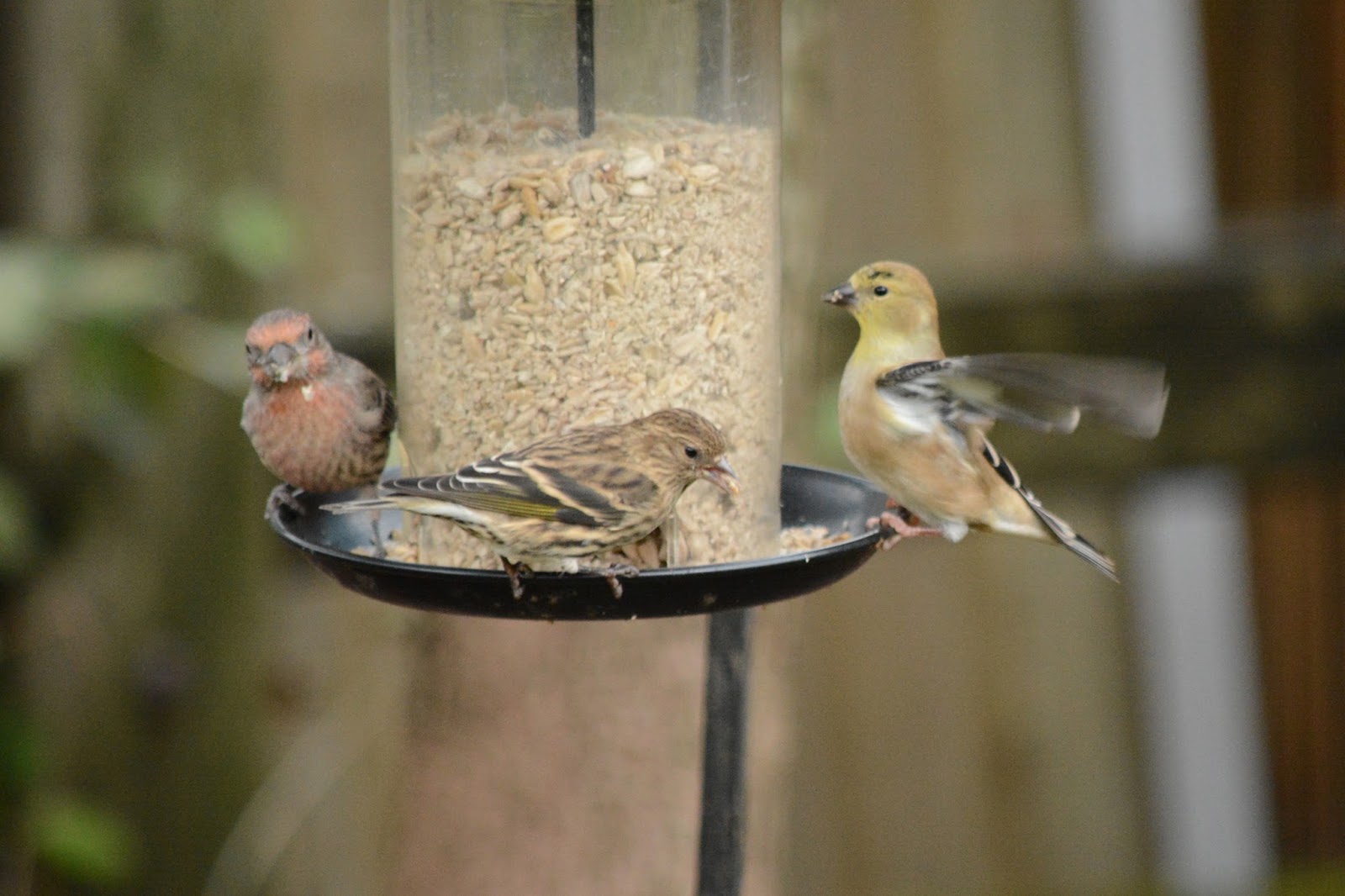 If only you could see the Lesser Goldfinch on the opposite side- finch fest!

Haha you don't care.  It's okay, I understand.  As Seagull Steve wrote recently, "Bird bloggers talking about their lists is some of the most unreadable garbage imaginable. Anything more than a sentence about it is overkill."

That said,  I've become super stoked on my motorless list this year.  It started with the Pacific Loon last Sunday.  I thought, if I can find one new motorless bird a week for the rest of the year I can tie my motorless list from 2013.  A worthy goal considering I used my bike last year.  Then Monday happened. 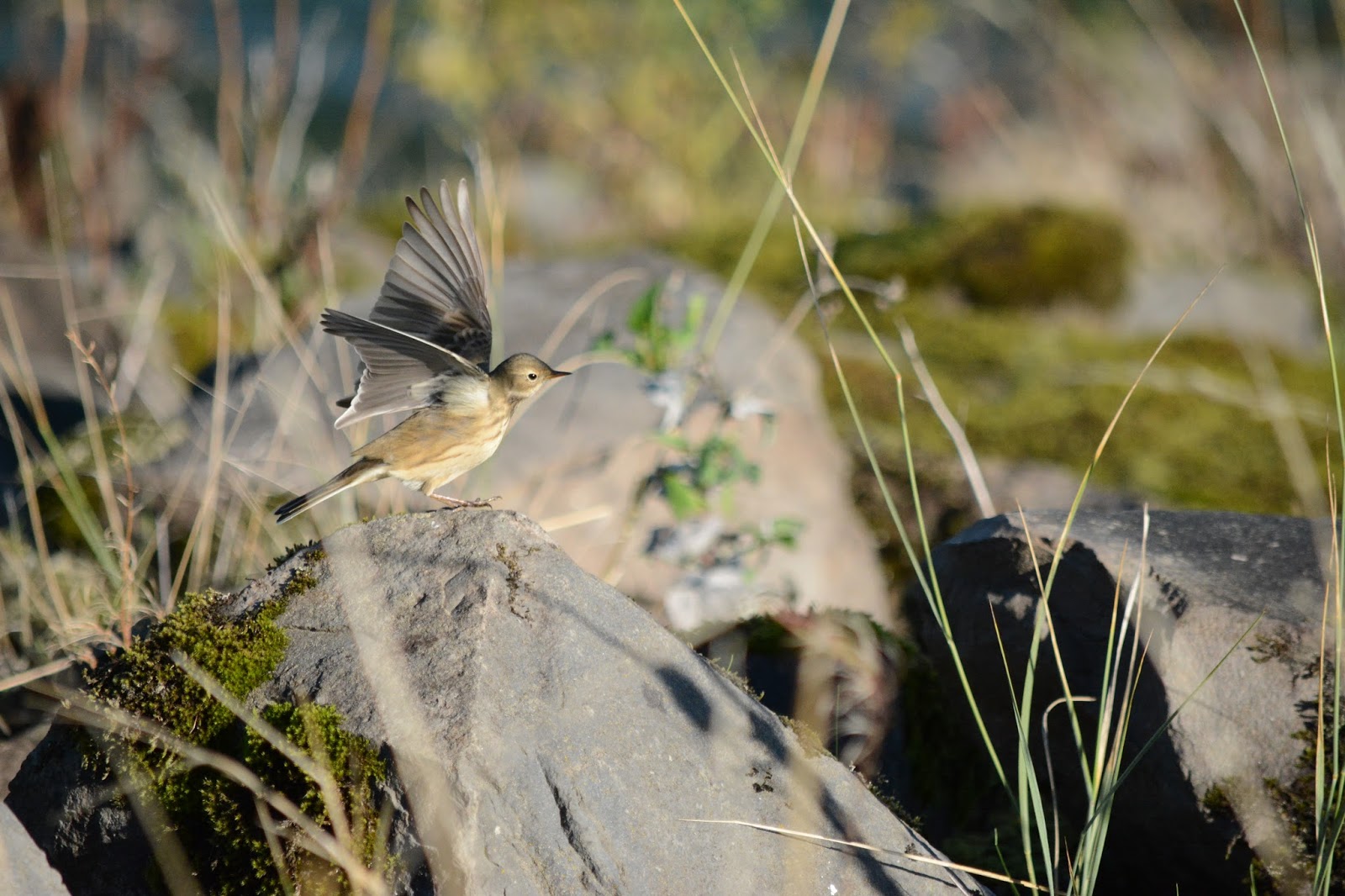 I walked to Broughton Beach and picked up Peregrine Falcon along the bike path.  That alone made my day.  Then I got to the beach and started picking through the Western Grebes, looking for the reported Western X Clark's Grebe.  I found a bird that looked a lot like a Clark's but figured it must be the hybrid... 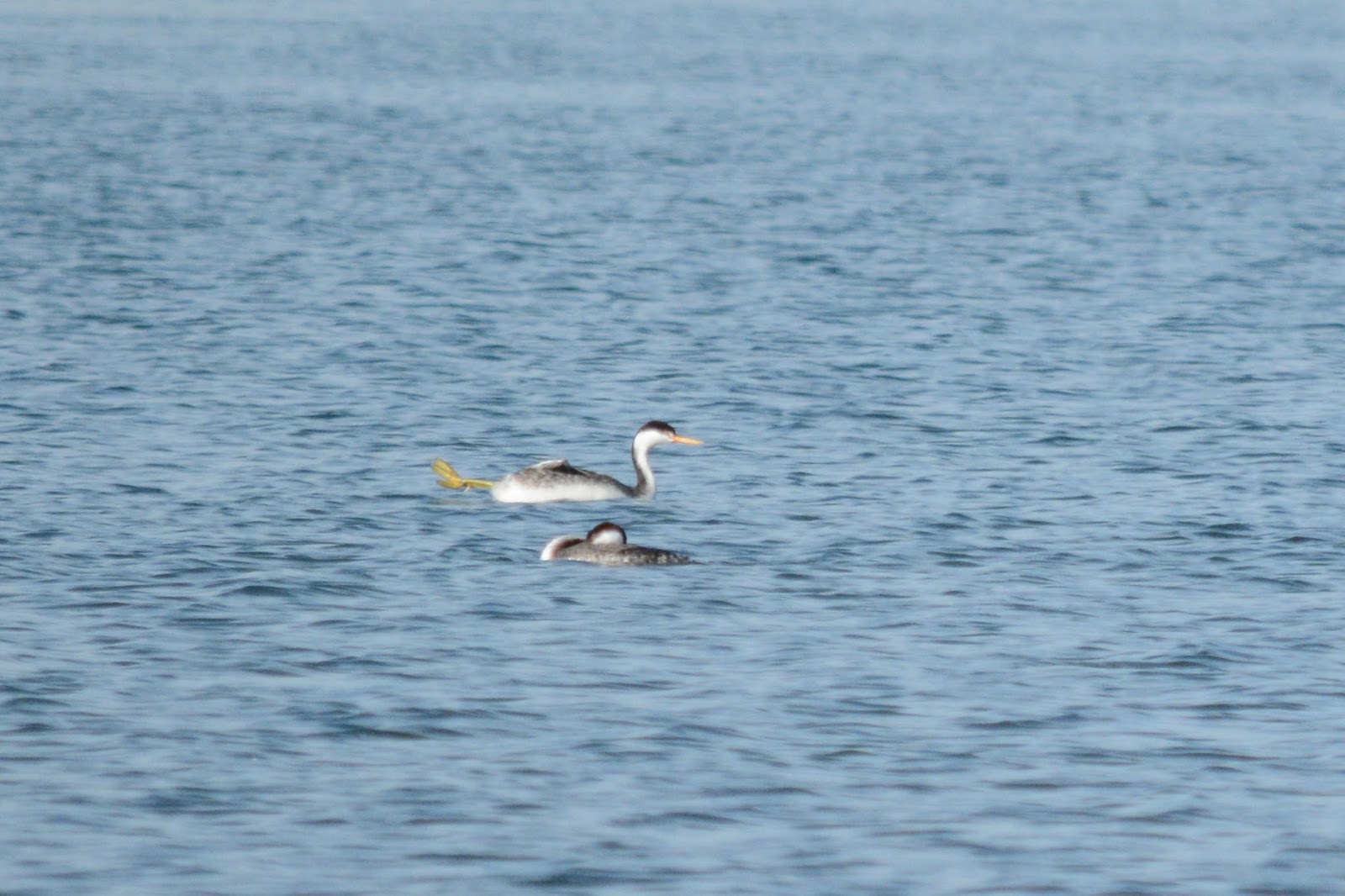 After much discussion with a variety of birders it was decided the bird was actually a Clark's Grebe, and not the dreaded h-word.  Another bird that invoked much discussion was a scoter.  A distant scoter.  So distant it was in another county state. 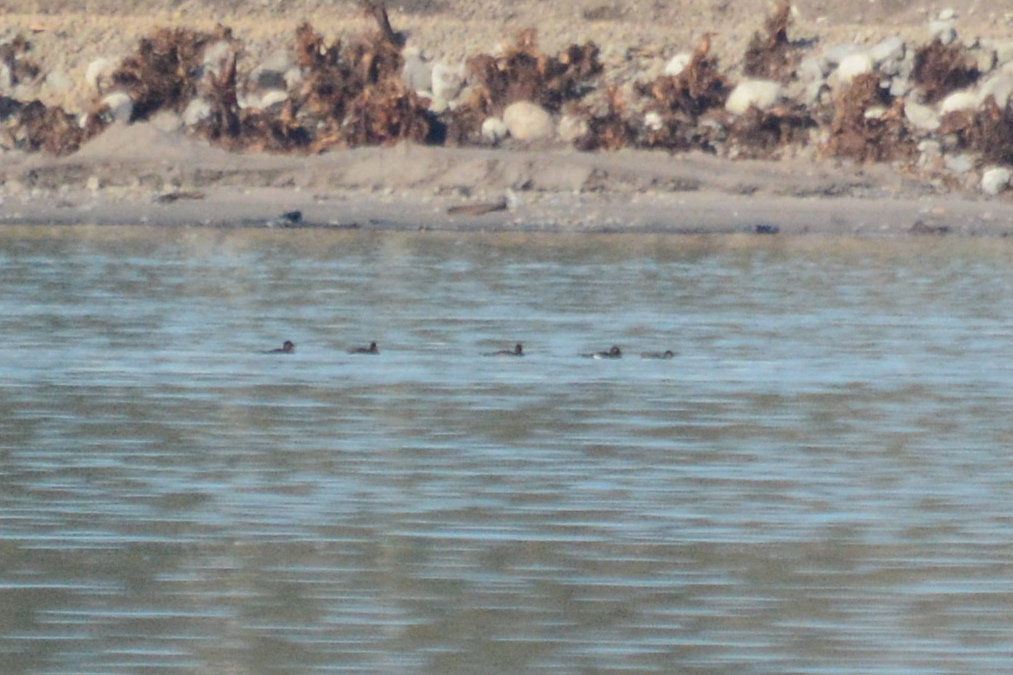 See this crappy photo?  There are five scoters in it.  Only one seemed to be identifiable, second from the right of course.  It sure looked like a White-winged Scoter but it took much discussion, an additional photo of the bird landing in the water, and more discussion before I felt confident enough to count it (on my Clark County, WA list).

Another crappy photo coming up, this time of a grebe flying by at a comparable distance. 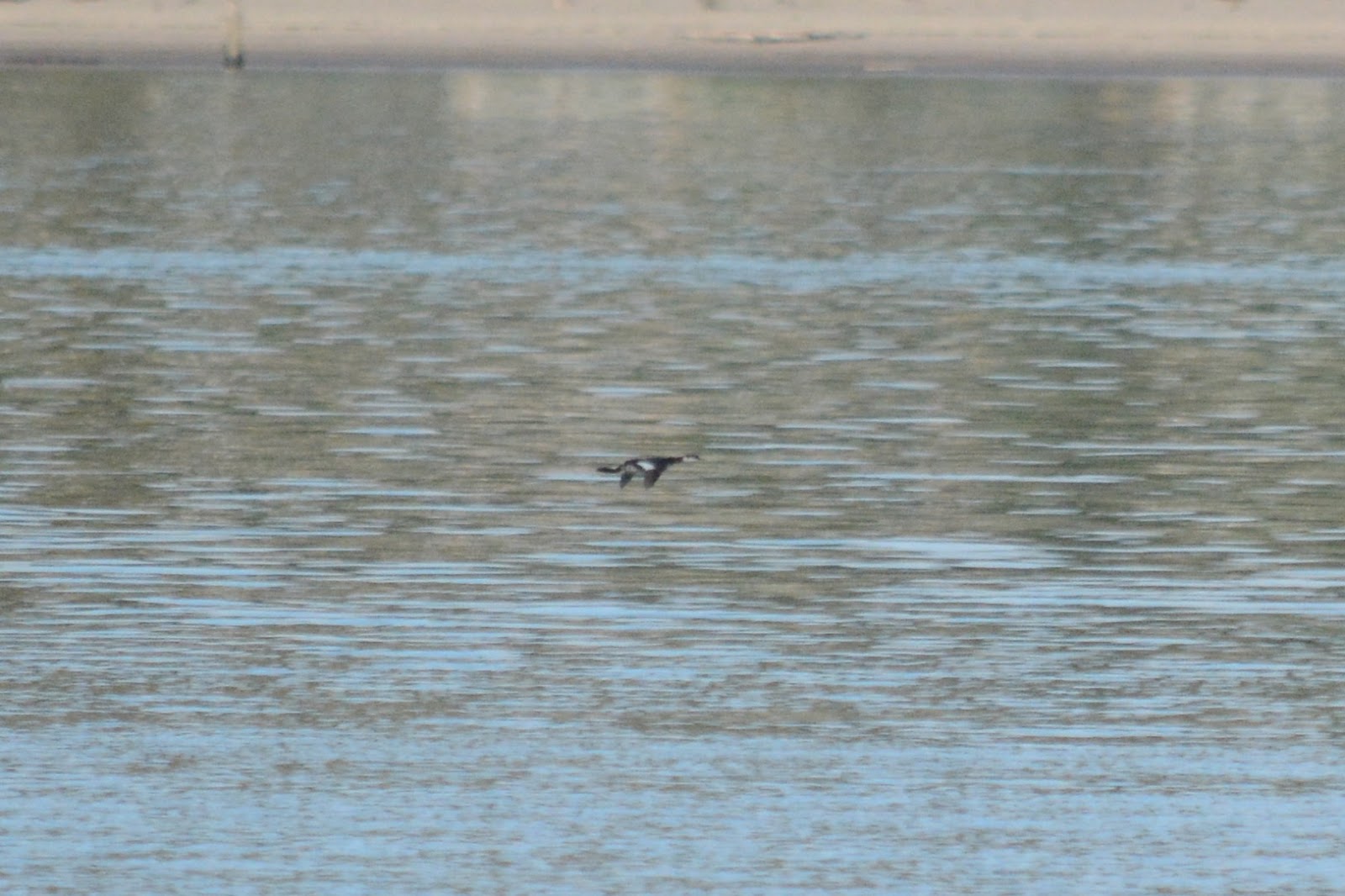 It's a Red-necked Grebe.  I was pretty sure about this fact but still begged Steve to verify.  Why the desperation for identification of a poorly viewed bird?  My list of course.  One last bird managed to sneak onto my list before I left the beach, a lone Dunlin hanging with the gulls. 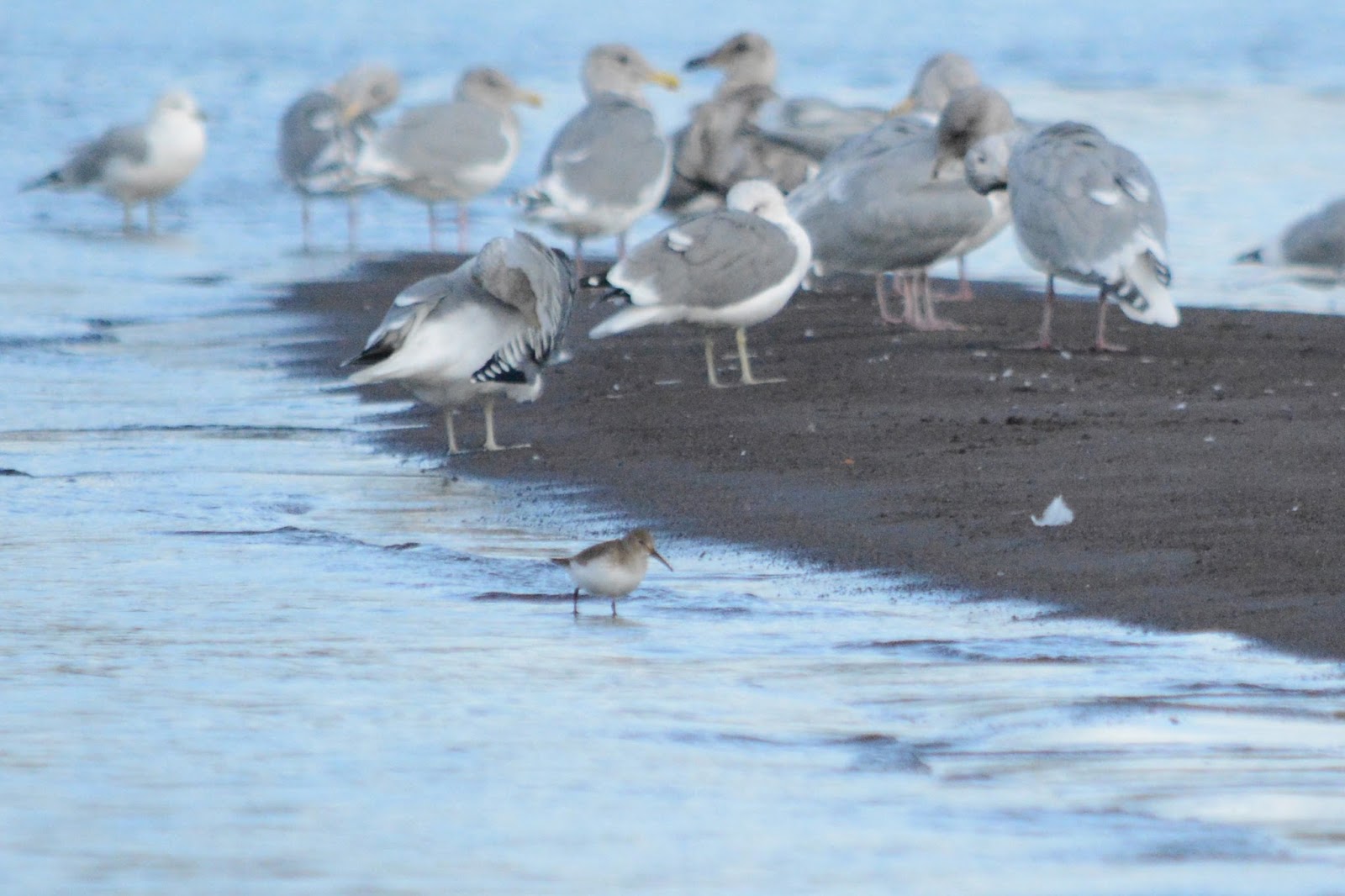 I imagine the only thing worse than talking about a list for this whole post is to show you more yard birds.  So here ya go! 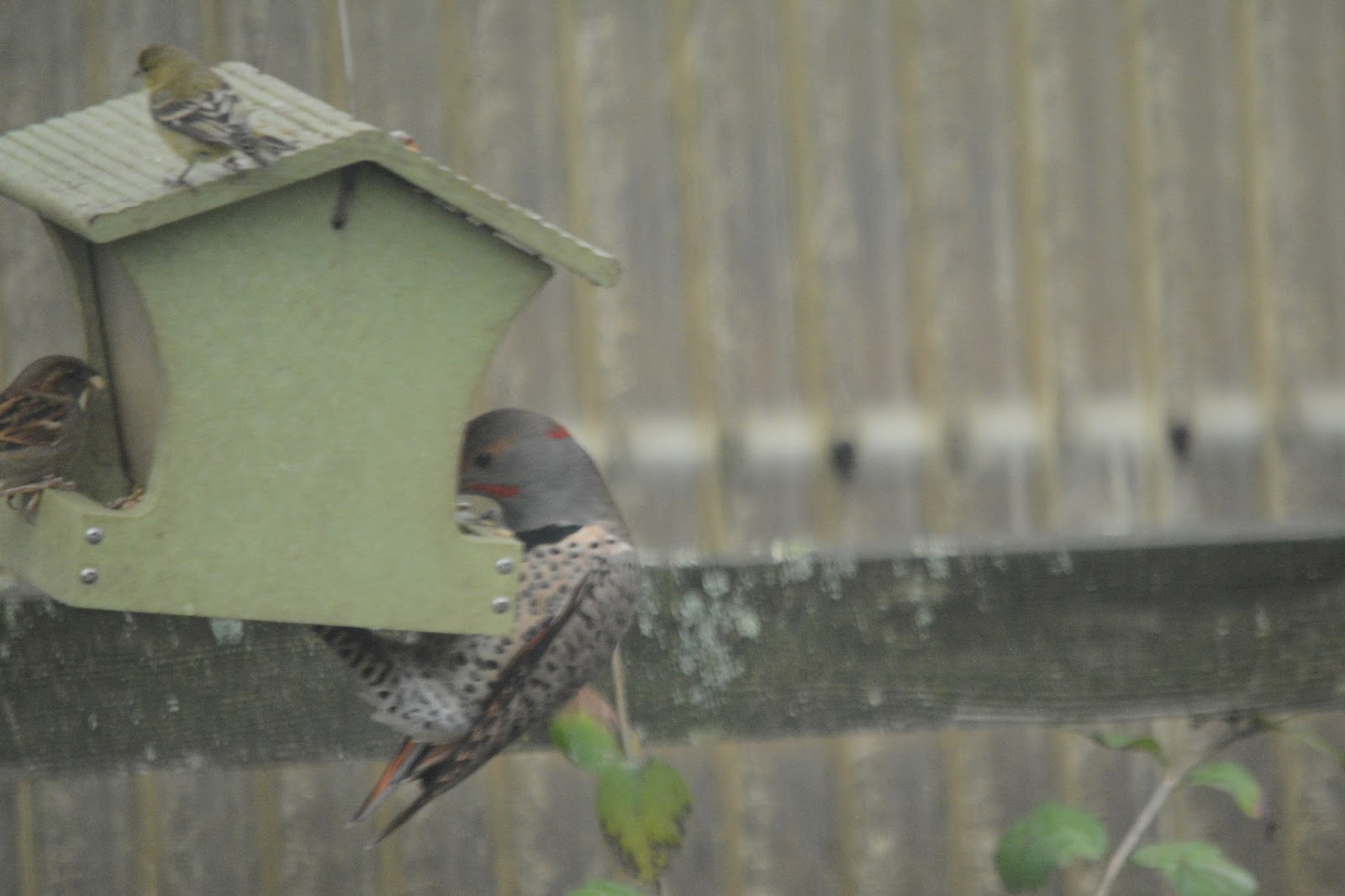 One of my integrade flickers has returned! 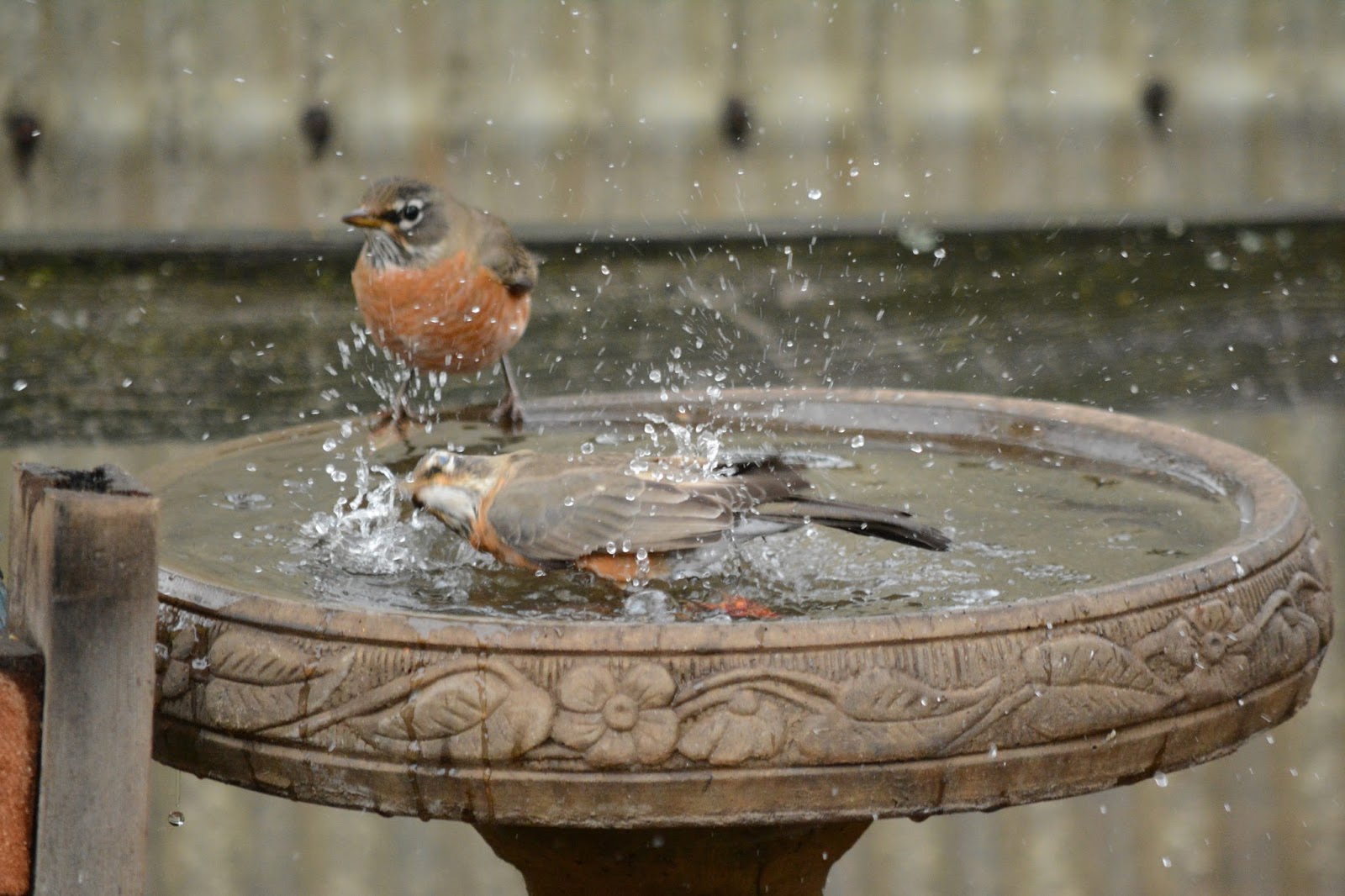 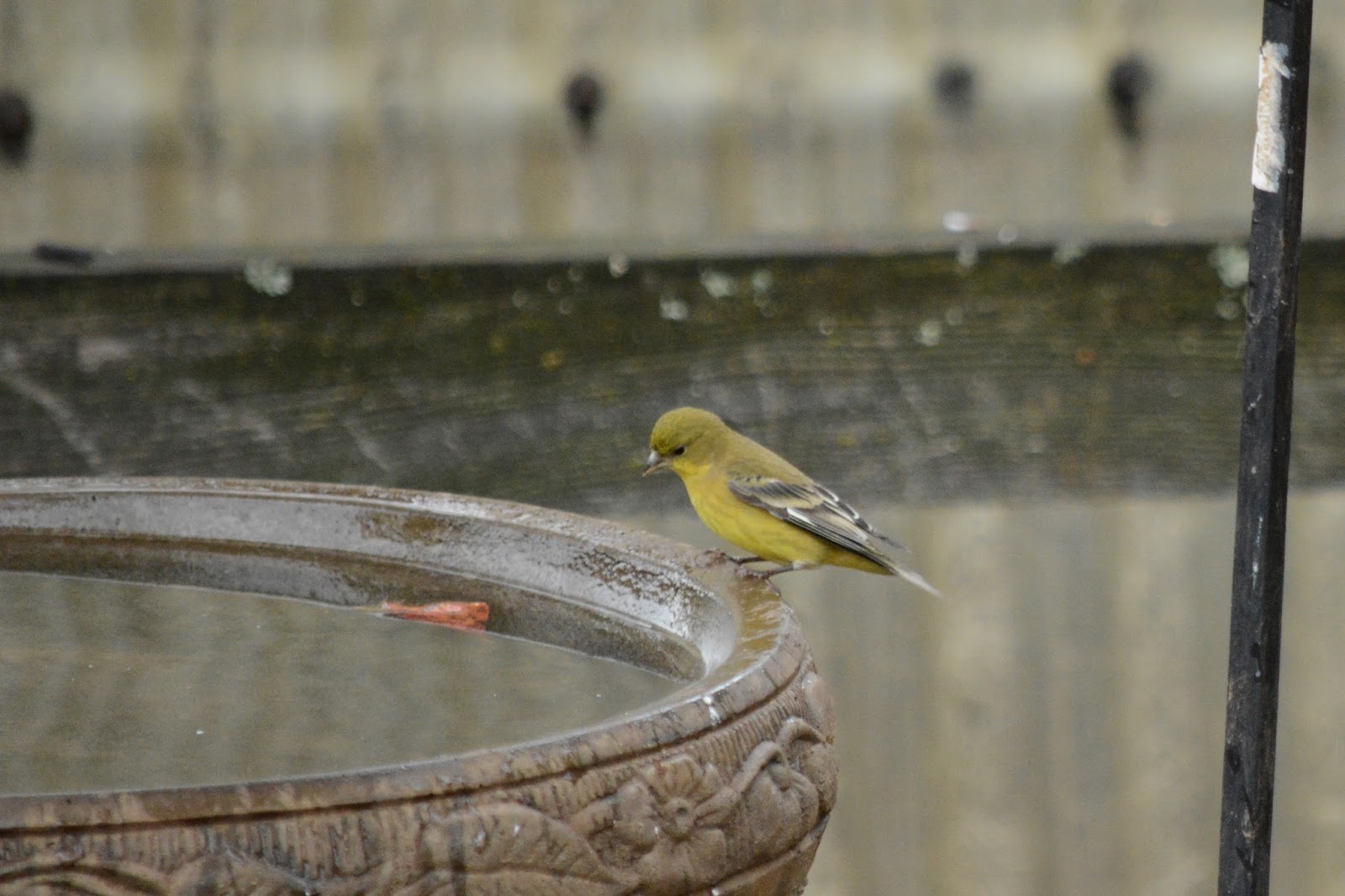 I love all kinds of LEGO.