Let's talk goldeneyes!  Last Friday I walked the mutts up to the Columbia to see what was happening.  I found a bunch of goldeneyes, my first ones of the season, and was thrilled to find my motorless bird #134 for the year, a Barrow's Goldeneye female. 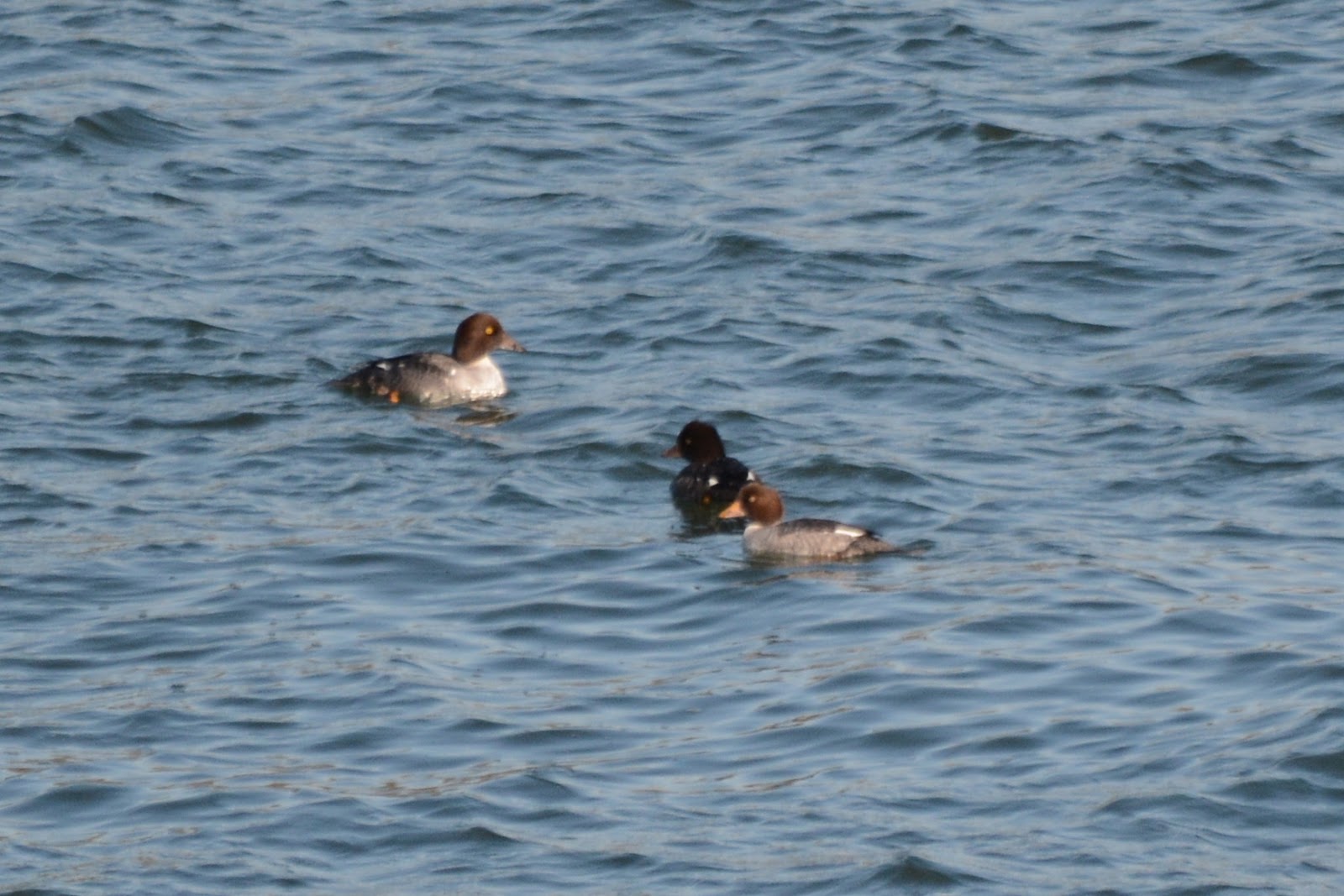 She didn't have the short and stubby bill that Nat Geo leads you to believe she should have, but it seemed to fit fine with Sibley's expectations, as can be seen here.  She was canoodling with two other goldeneyes: 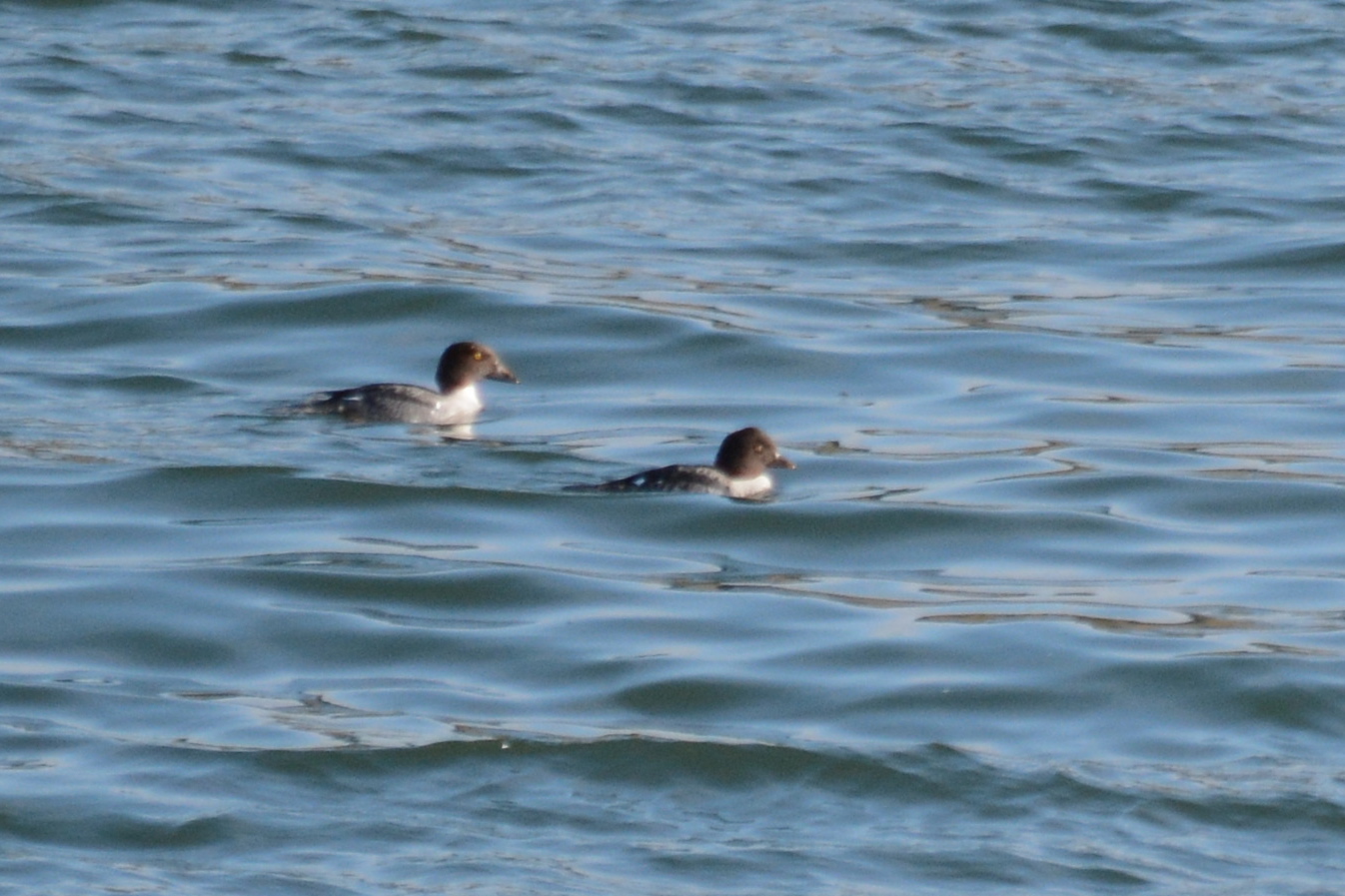 I assumed these were both Commons and they might very well be, though the bird on the right seems to have a stubbier bill.

These birds were not what got me interested though.  On my walk today to Whitaker Ponds I stopped by this little pond next to a Radisson Hotel off of Columbia Blvd.  I found a few Ring-necked Ducks, a couple Common Mergansers, and three questionable goldeneyes. 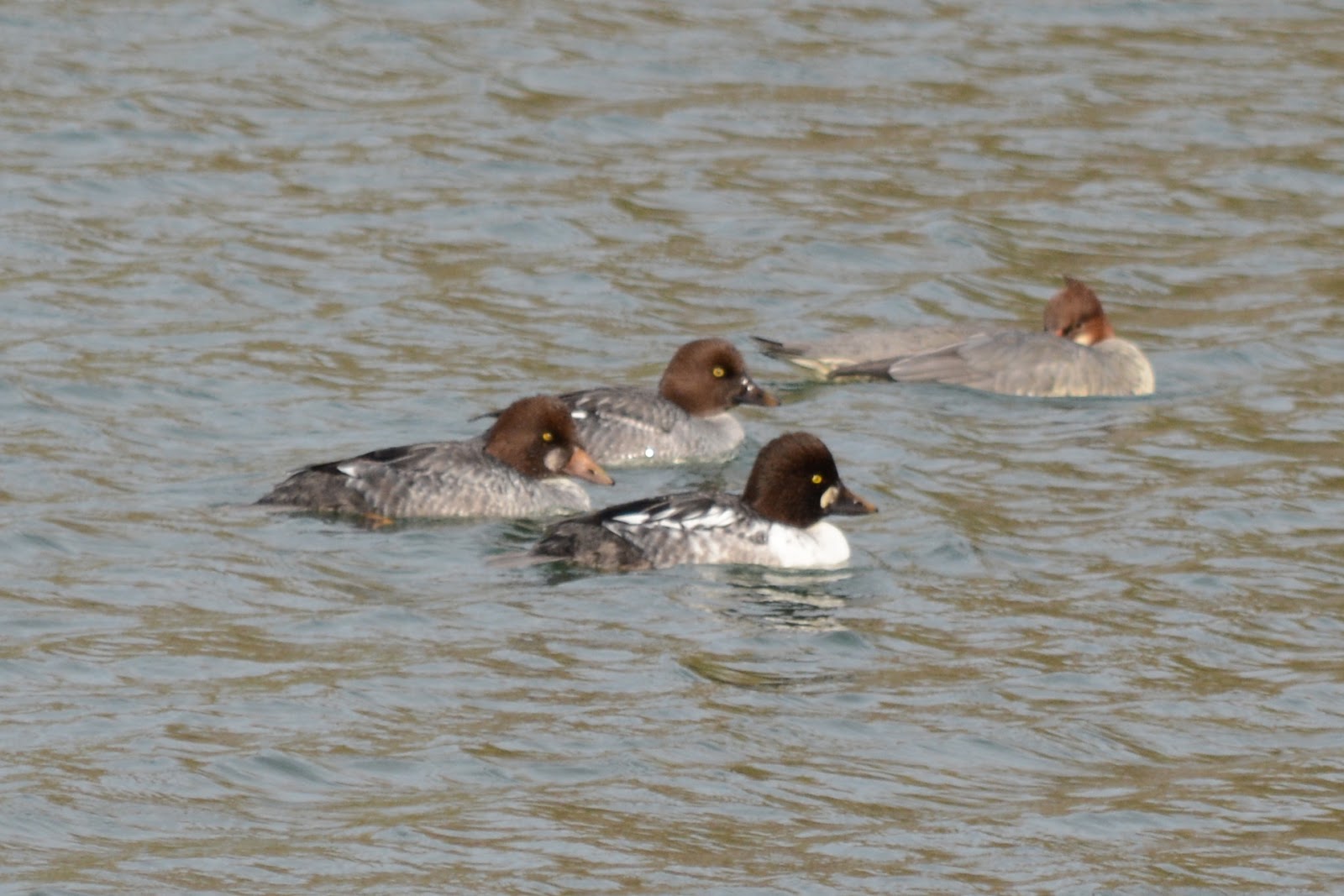 Look at that mess!  What disastrous birds.  Not one of them immediately made sense to me and that fact kind of made me happy.  Let's start with the darkest fellow: 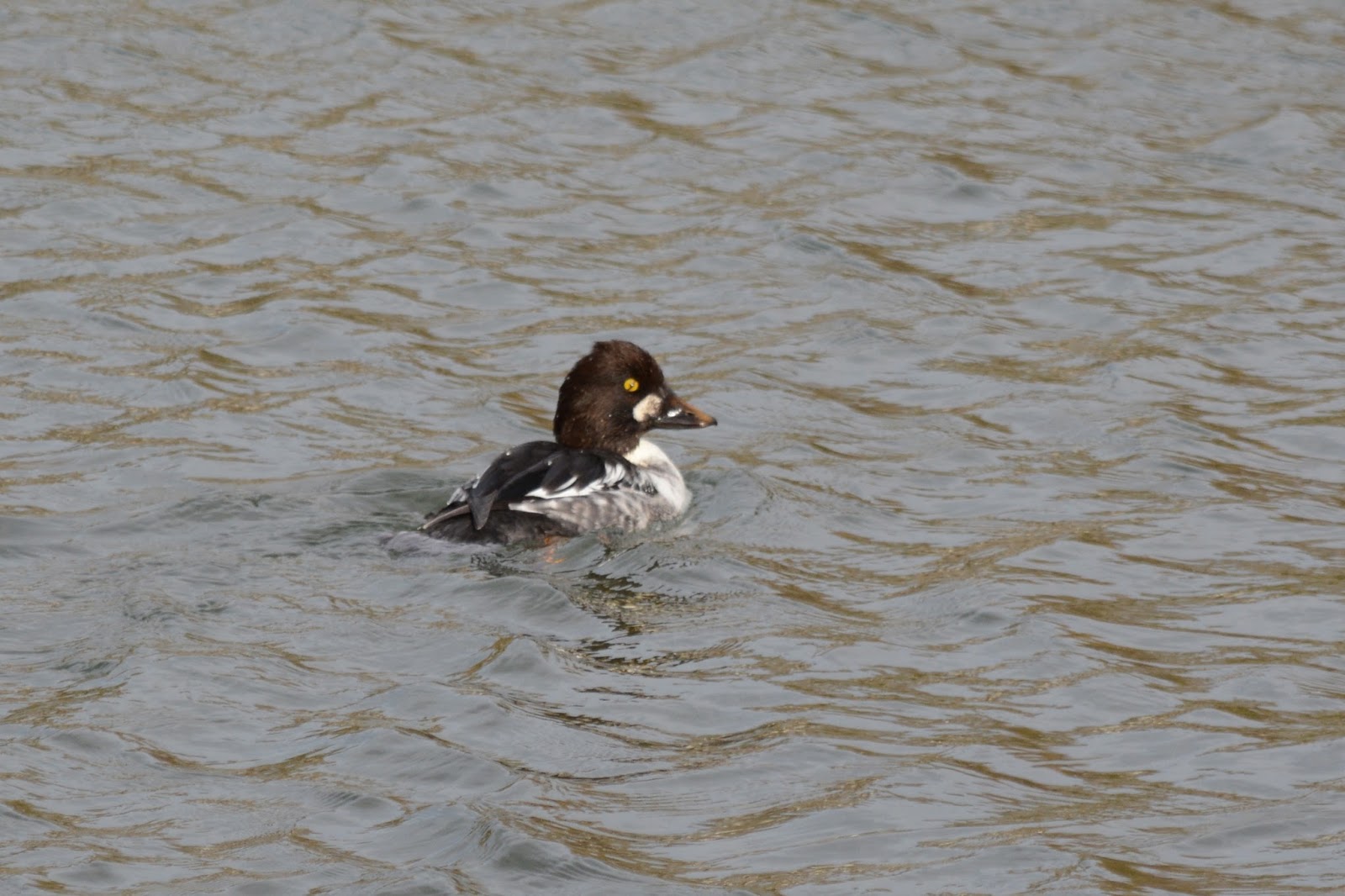 I would assume this is a first winter male, unless it is just a male still molting into breeding plumage- but mid-November seems a bit late for that.  The bill shape and the forehead slope would indicate a Common Goldeneye to me.

Now the next bird, the likely female of the three: 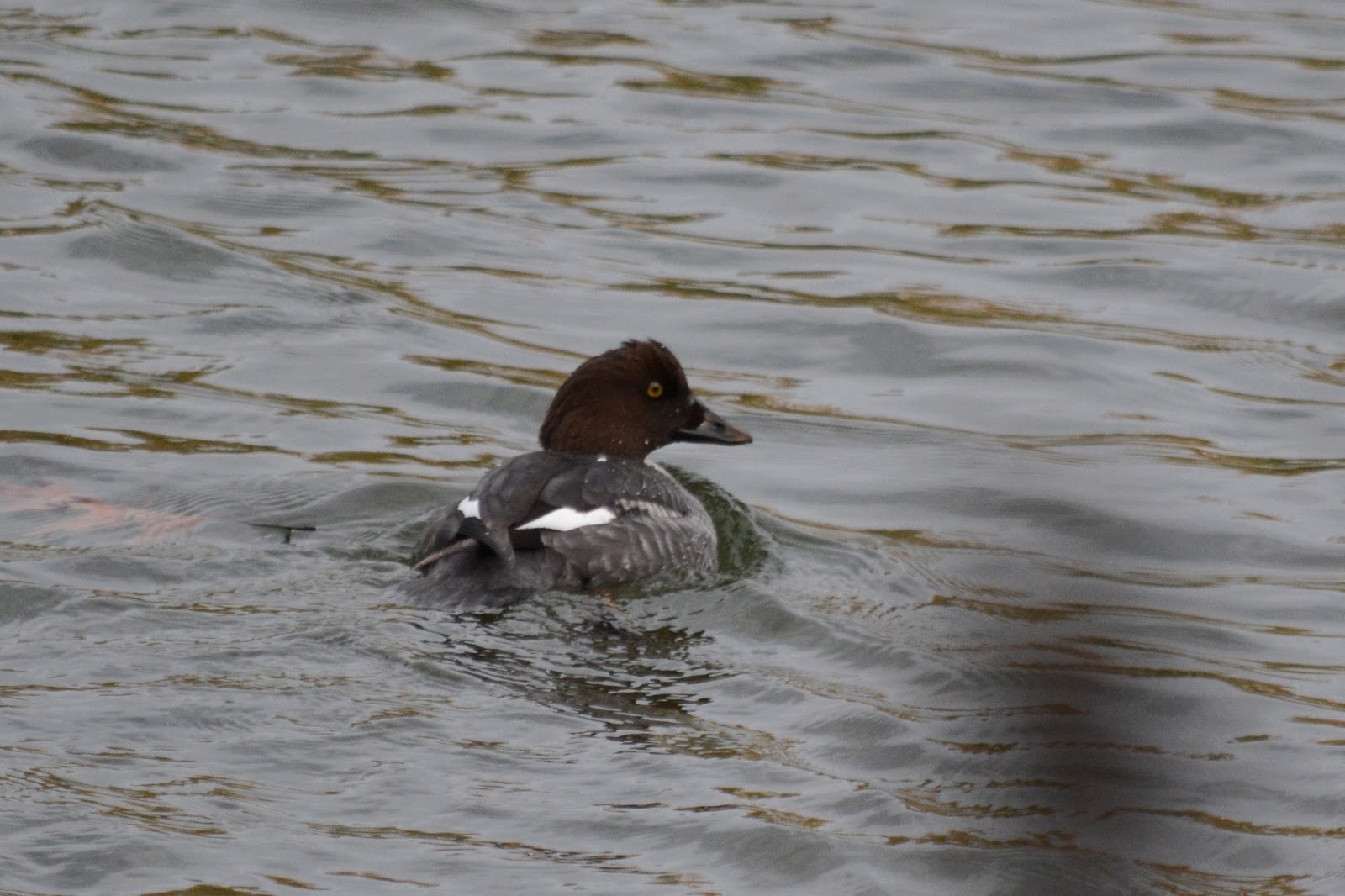 Her bill looks good for Common and her forehead seems steeper but still in line with Common Goldeneye.  Now for the third beast: 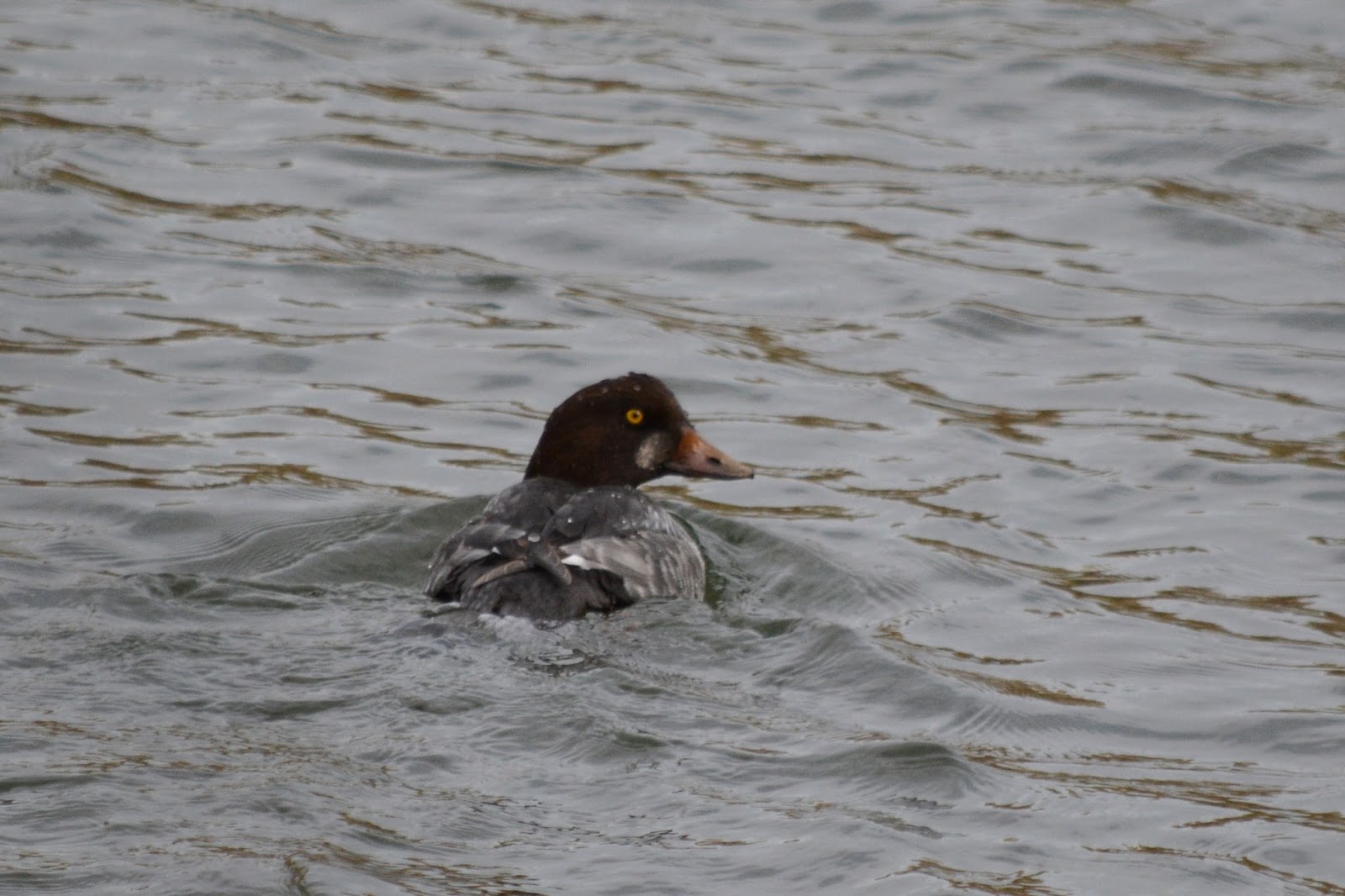 This is, no doubt, a male bird given the pale patch next to the bill, right?  So how does he get off having an all orange bill?  And why does it seem so big?  What is this beast?  Why the bill color?  What am I missing? 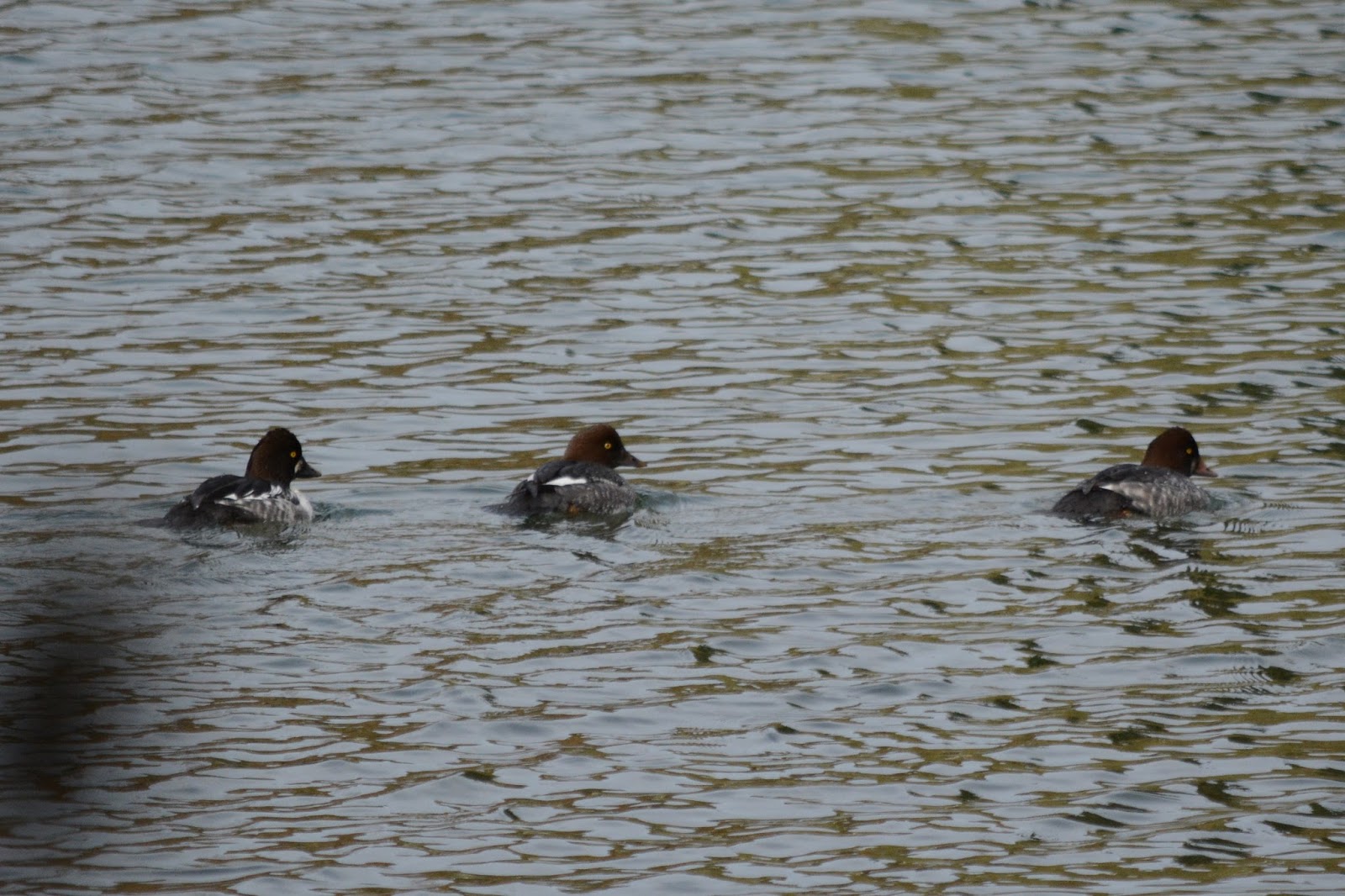 If birding were easy it wouldn't be fun.  Good times!

**UPDATE**  For those who are interested, local birder Dave Irons shared my yellow-billed goldeneye on ID Frontiers where some folks (including Peter Pyle and David Sibley) added their two cents.  Check out what they said here and here.
Email Post
Labels: Barrow's Goldeneye Common Goldeneye