Yesterday's day off from work provided the perfect opportunity to head to the coast, tire out the mutts, and try to track down a few birds.  Our morning began in Astoria with pleasant weather which continued throughout the whole day. 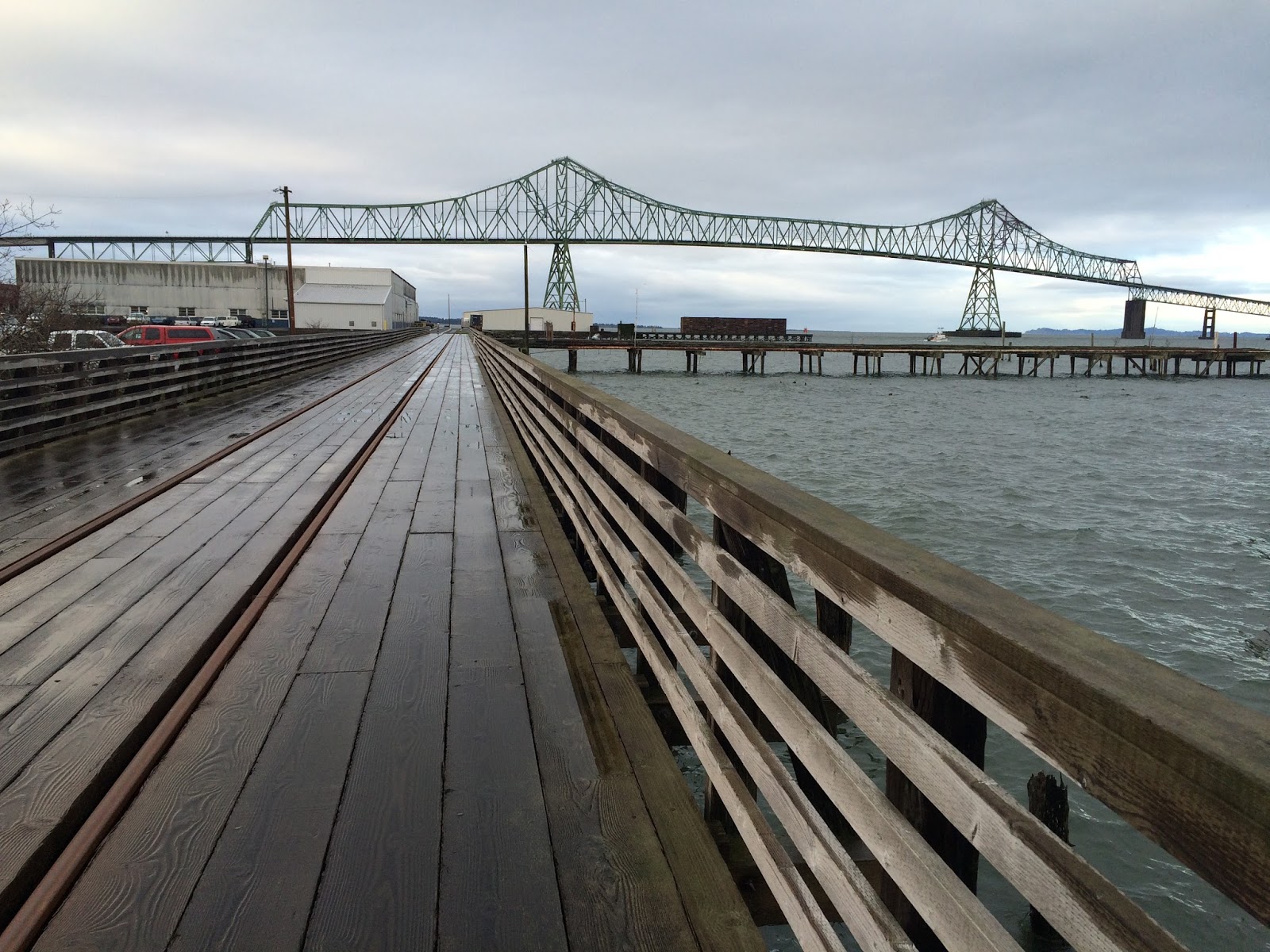 I searched for the Snow Bunting in its reported location to no avail.  A Bald Eagle was perched nearby who hopefully did not enjoy a bunting breakfast. 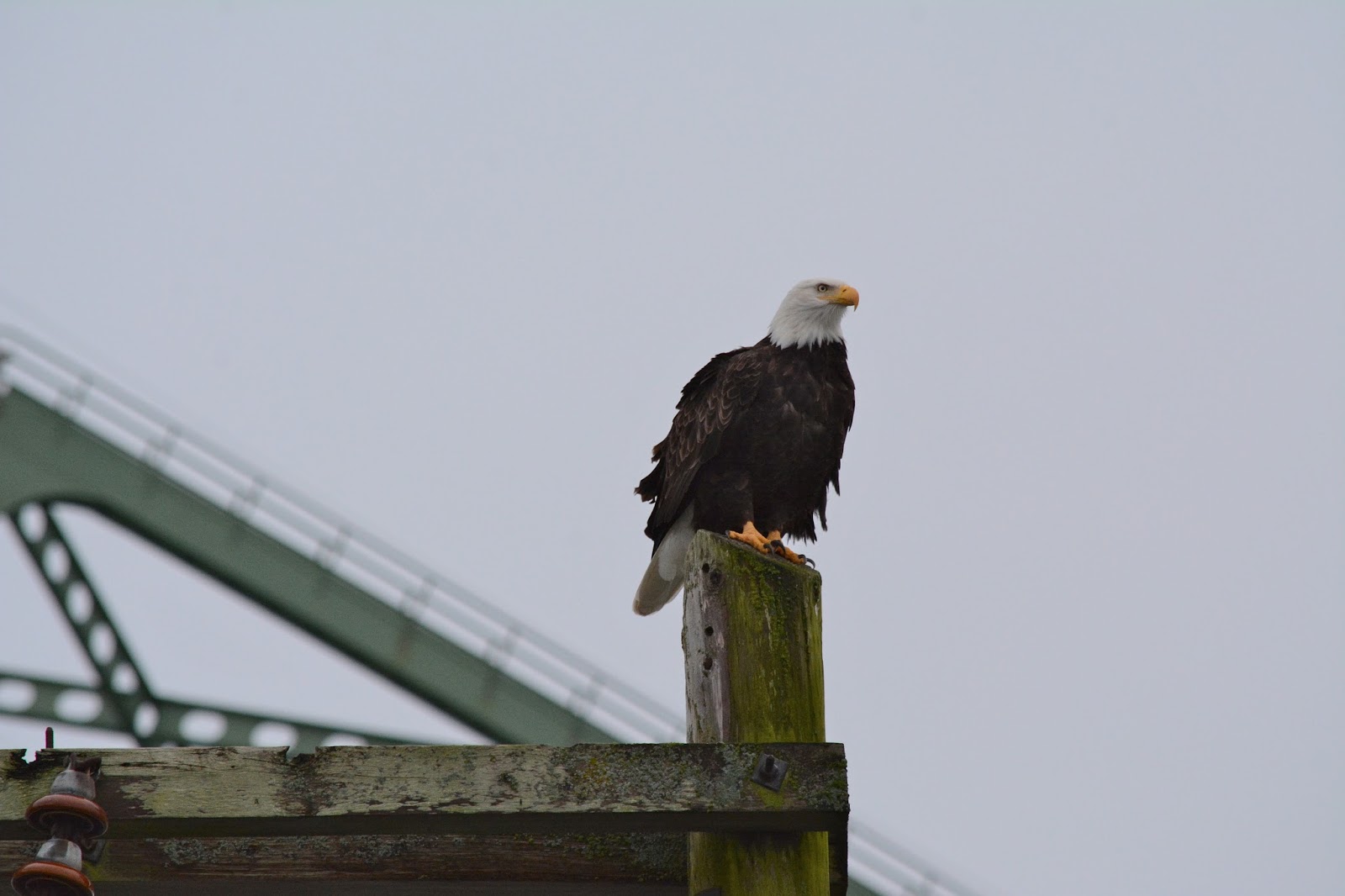 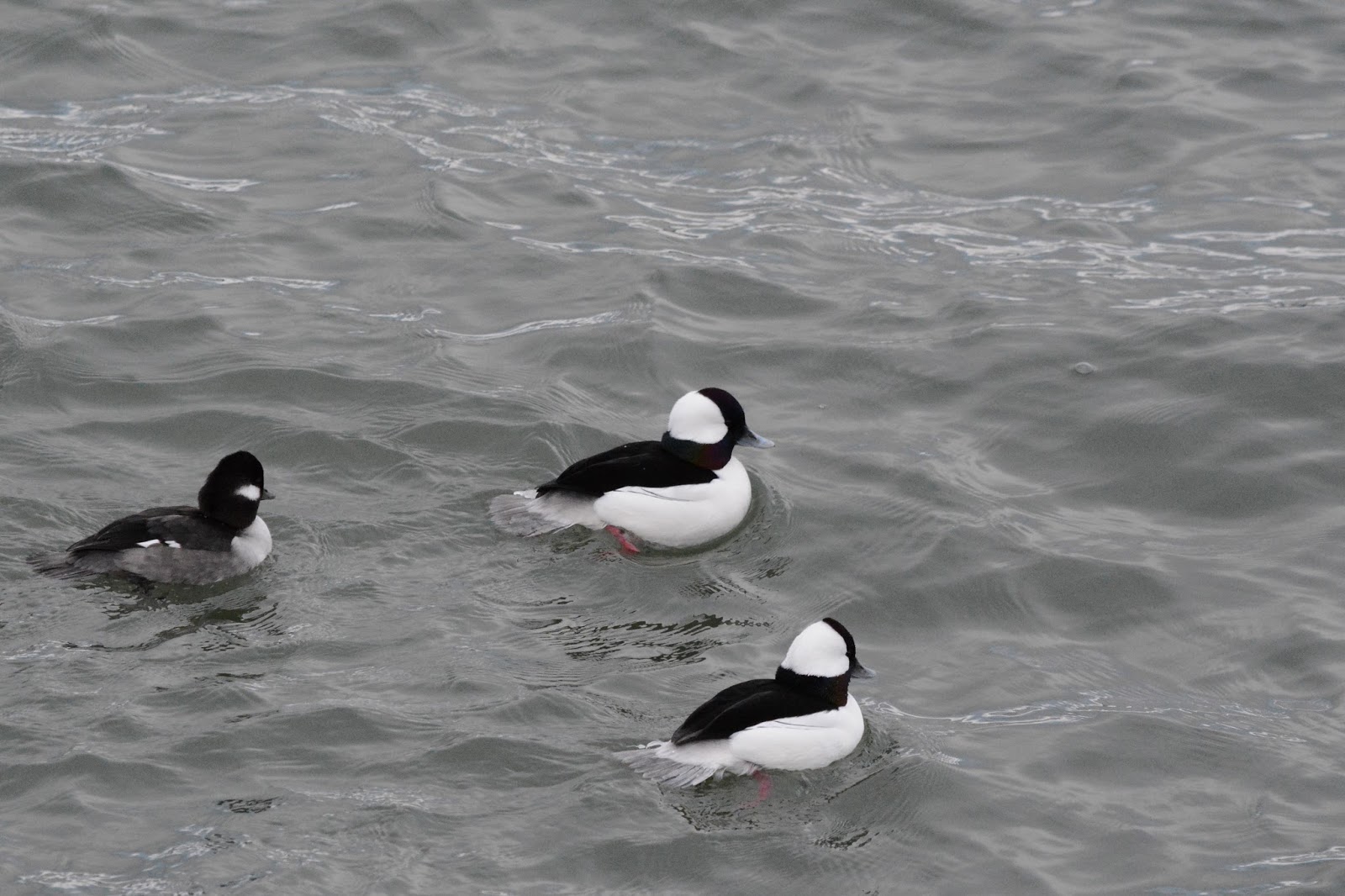 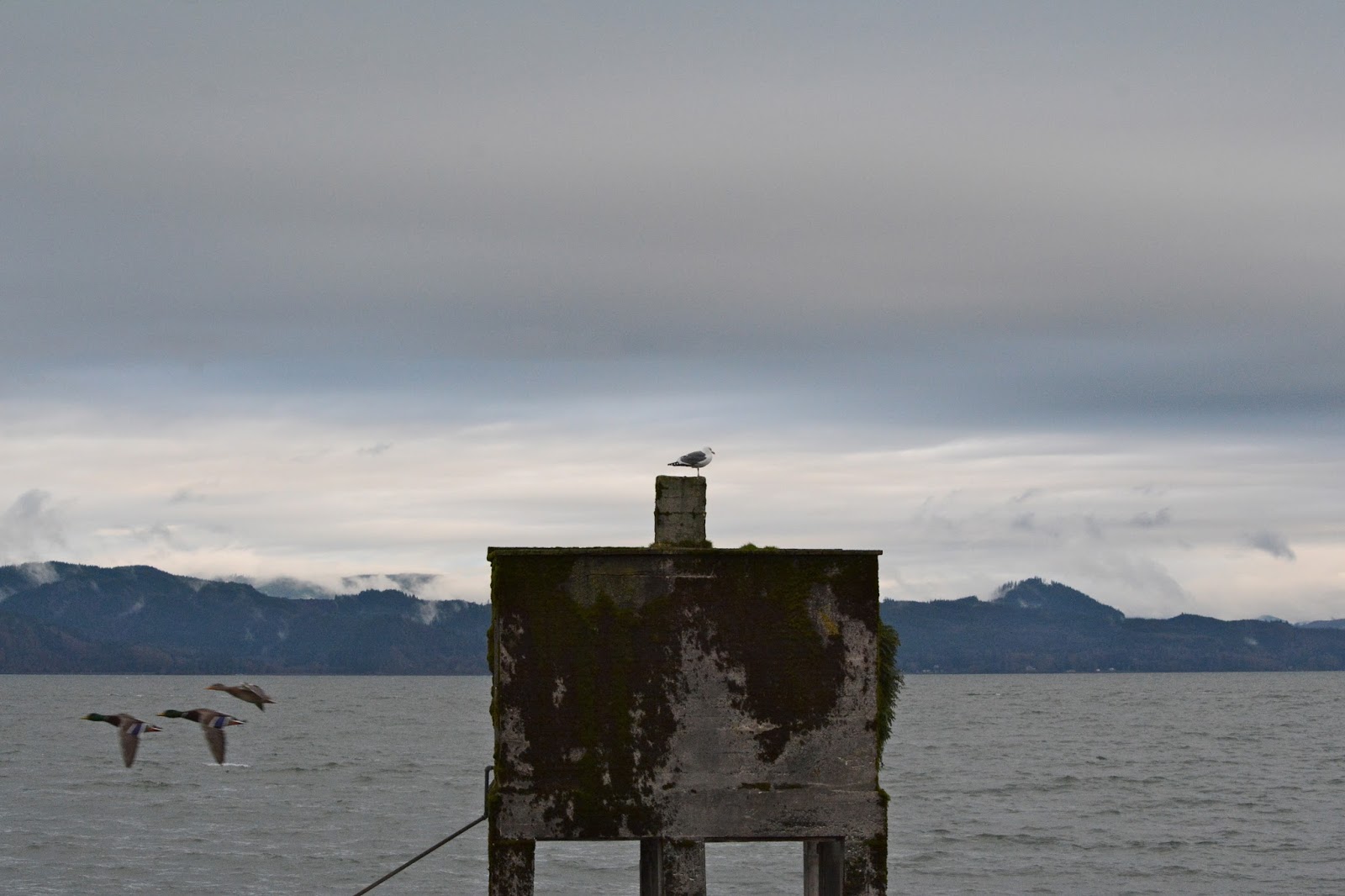 I walked the dogs along the riverwalk away from the bunting site for about half a mile when Jake caught a whiff of his biggest (and only) fear:  sea lions.  We never saw any but he could smell them and eventually hear them.  It's always amazing to see this completely and ridiculously fearless mutt start pacing with his tail down and ears back.  Anyway.  On the walk towards the car some Mew Gulls had shown up in the river... 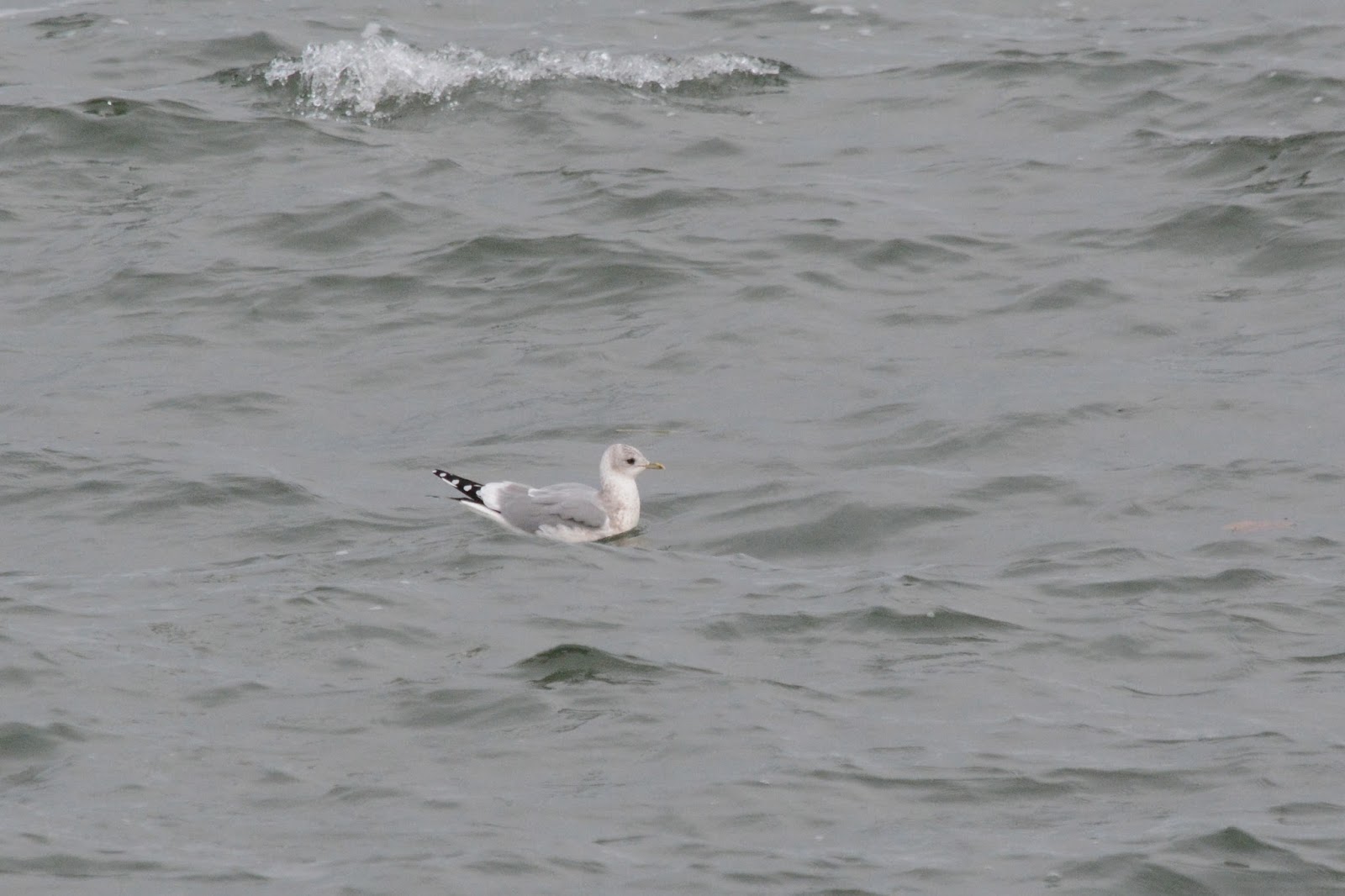 It is a shame some people have no Mew Gulls in their lives.

There's a cool brick building along the riverwalk that I wanted to photograph on the way out on our walk, but I'm glad I waited till the way back.  Because the bricks were sprinkled with House Sparrows.  Sure, not my bird of choice, but it still spiced things up. 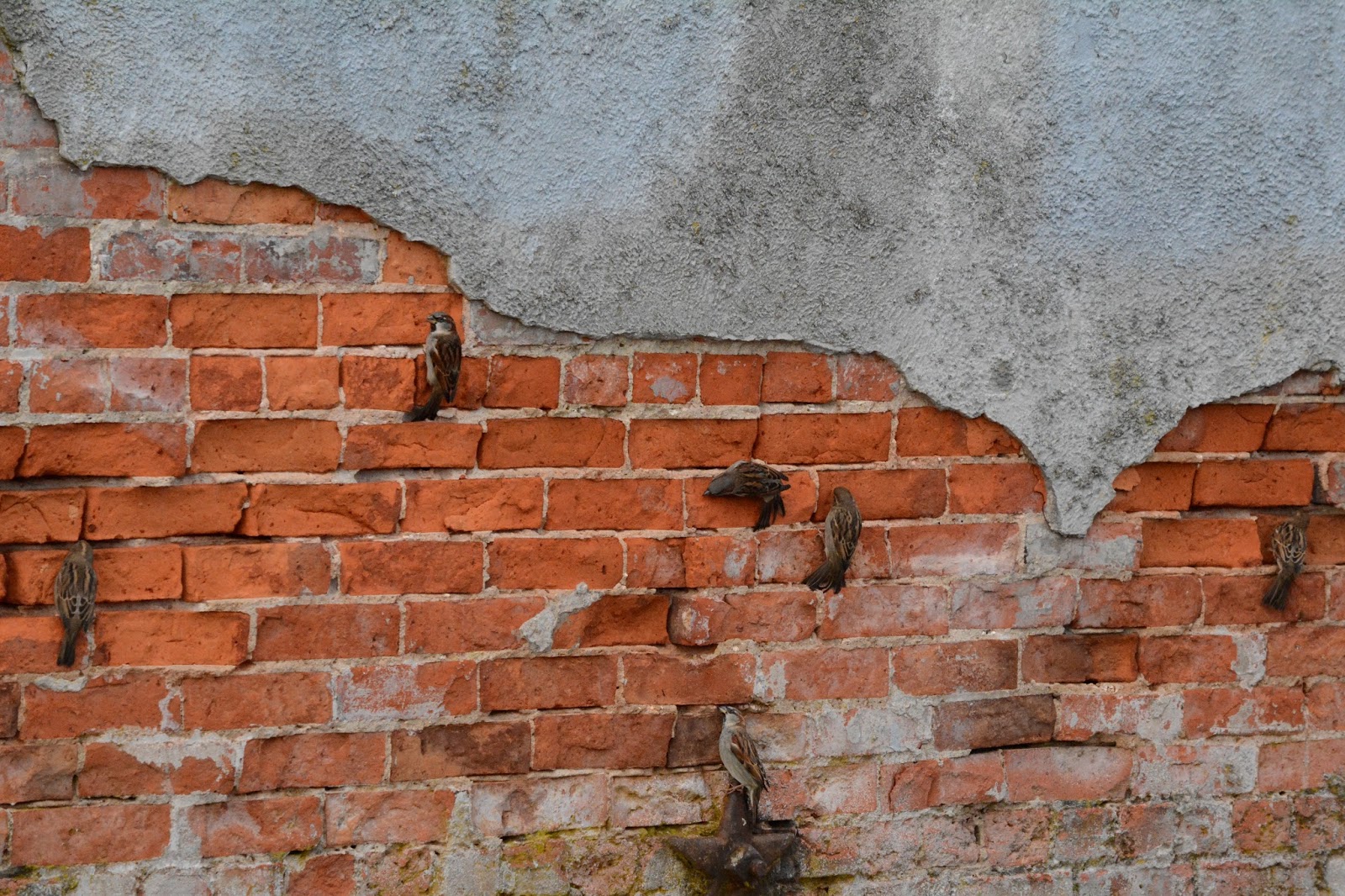 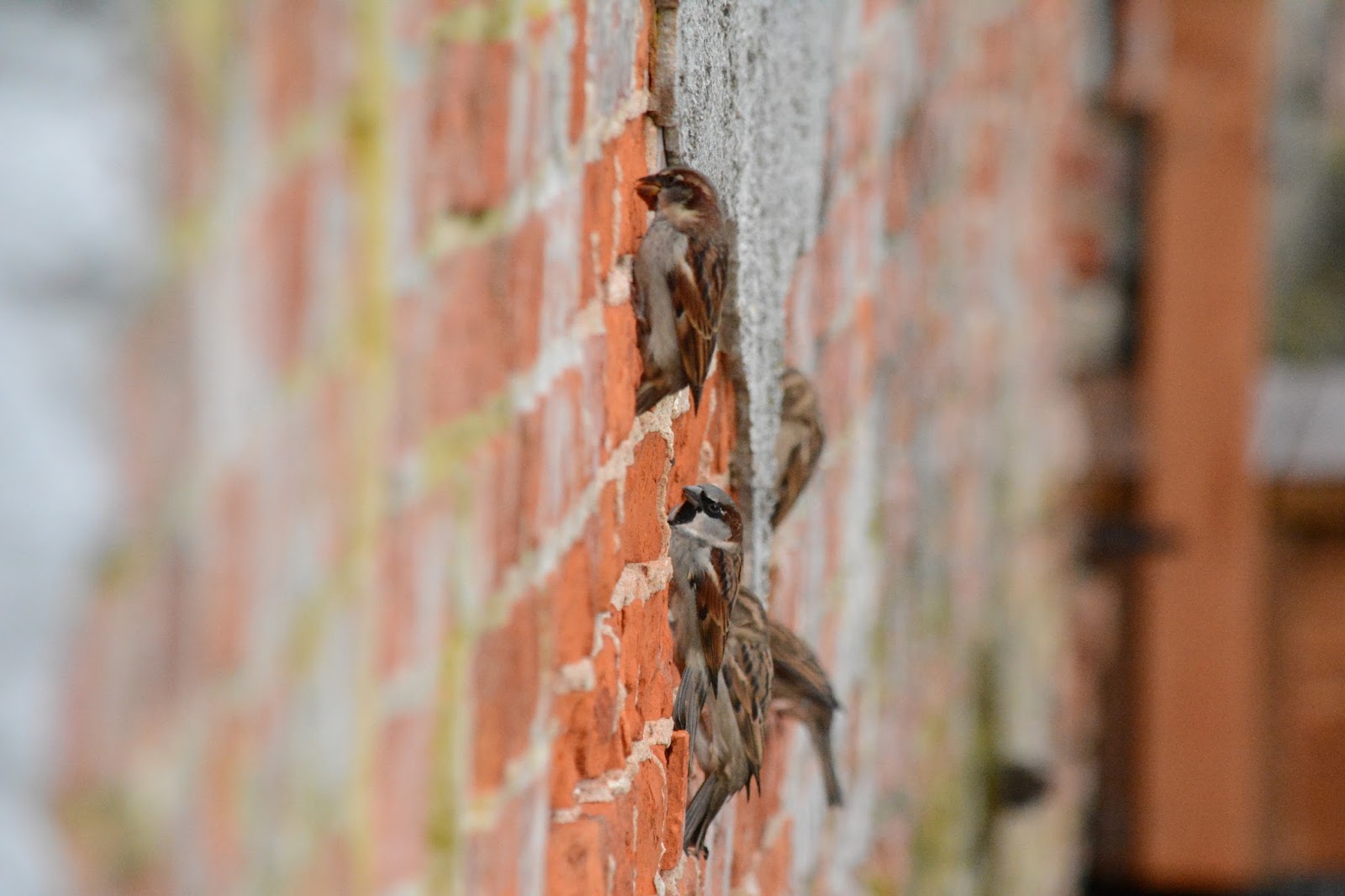 I ran into Mike Patterson soon after who had not seen the Snow Bunting either, but he did give me some great advice on finding my next target bird, the Tropical Kingbird.  The advice was to just scour the neighborhood and listen for it.  So that is what I did next.

I parked at the bottom of 7th St and walked west along 202, then up into the neighborhood, picking up my Clatsop County Townsend's Warbler and Golden-crowned Sparrows.  After about 40 minutes I was getting weary and was just about to start getting resentful of all the folks who had been successful with this bird when I looked up and there the damn thing was on a powerline on 6th Street just off McClure.

I took a few distant photos of its back before it flew a block east and I went trudging after it, following its incessant and awesome vocalizations.  I caught sight of it silhouetted across 7th Street. 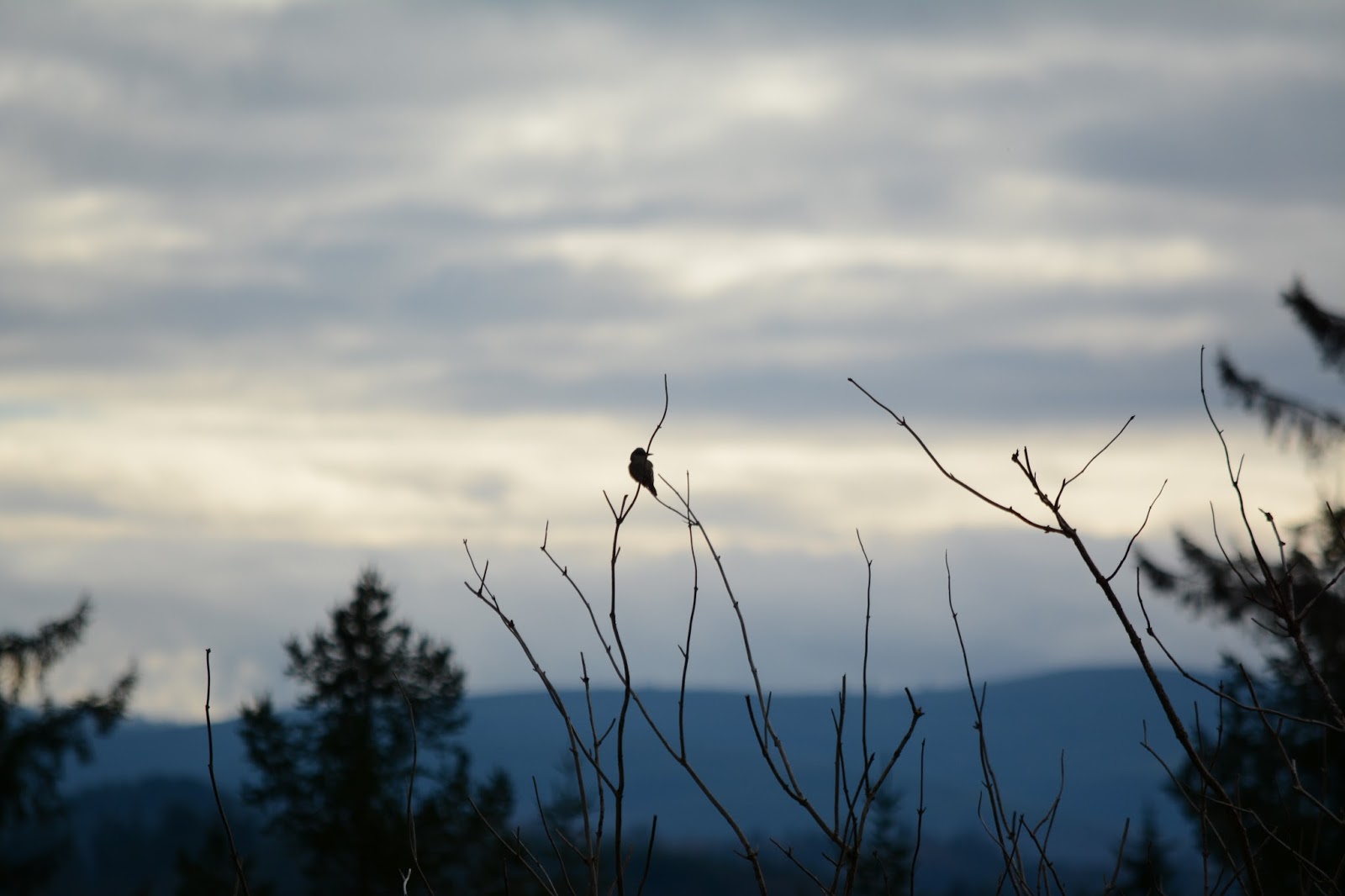 This is a cool photo and all but I really wanted a better angle and eventually I got some decent shots.  It even sat around for so long I got to play with just about every setting, part of my new attempts to understand manual.  Let's start with "Tropical Kingbird under the moonlight": 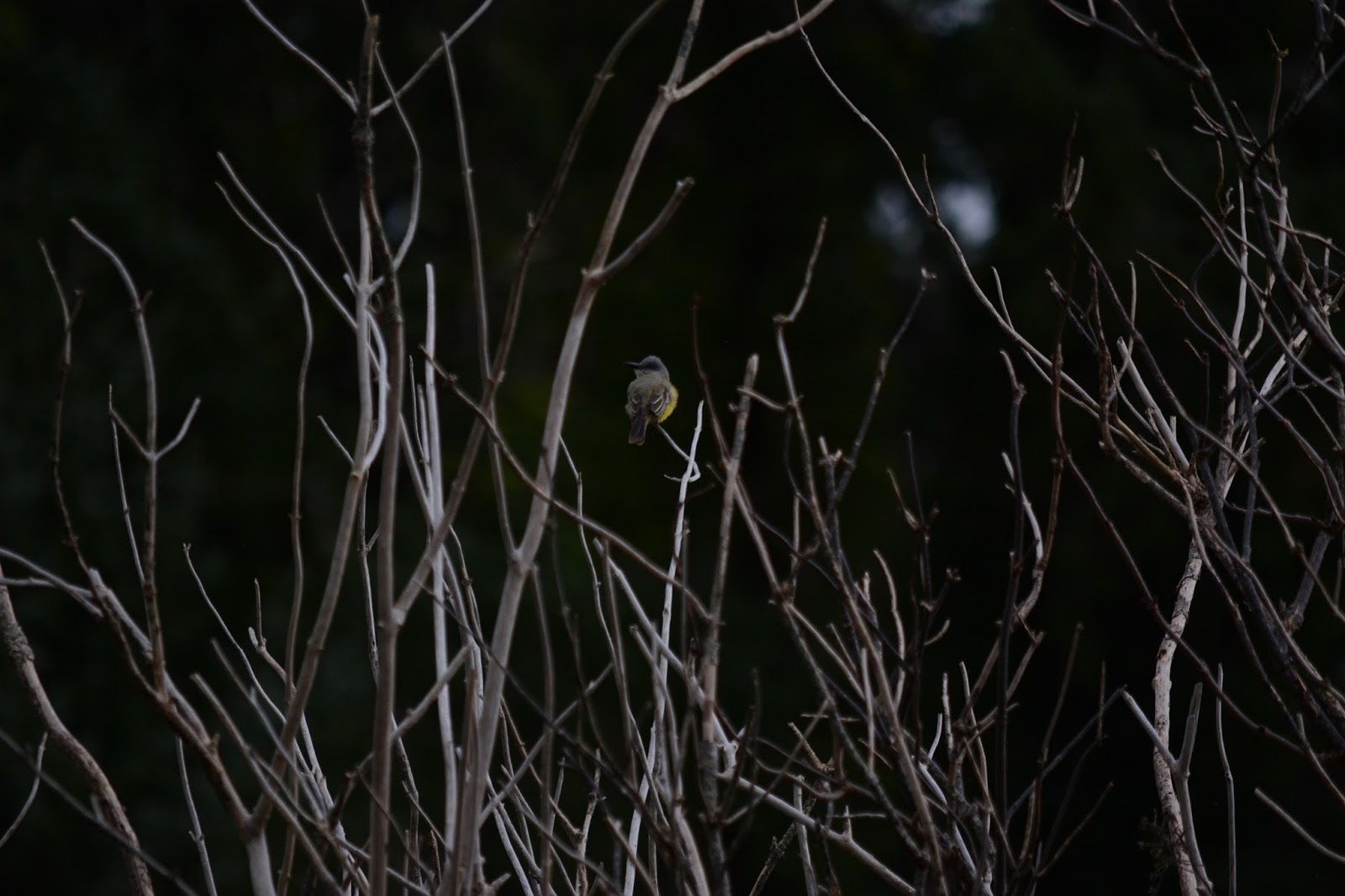 Enough of that silliness.  Here are a couple of the bird in normal light looking normal... 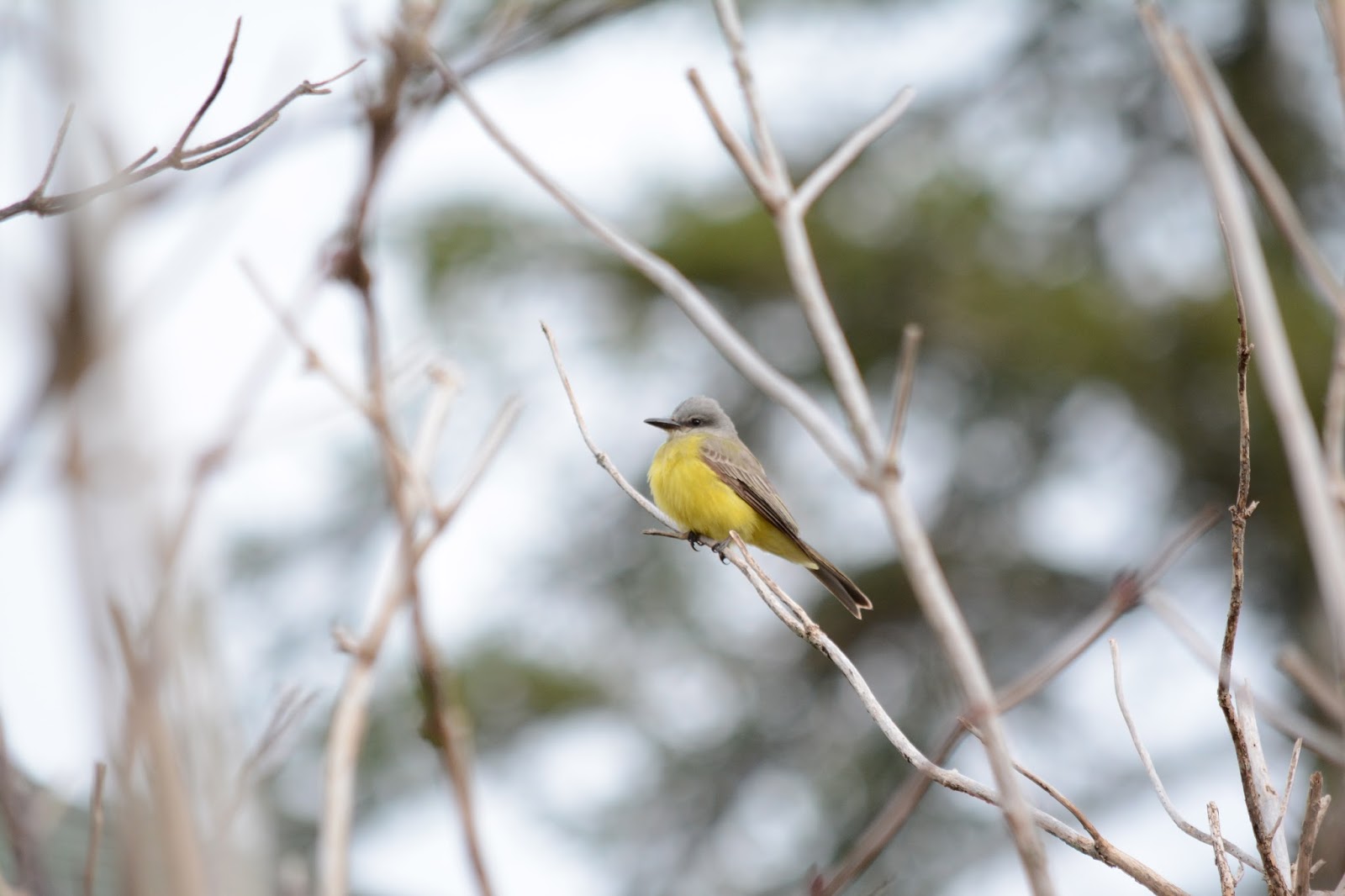 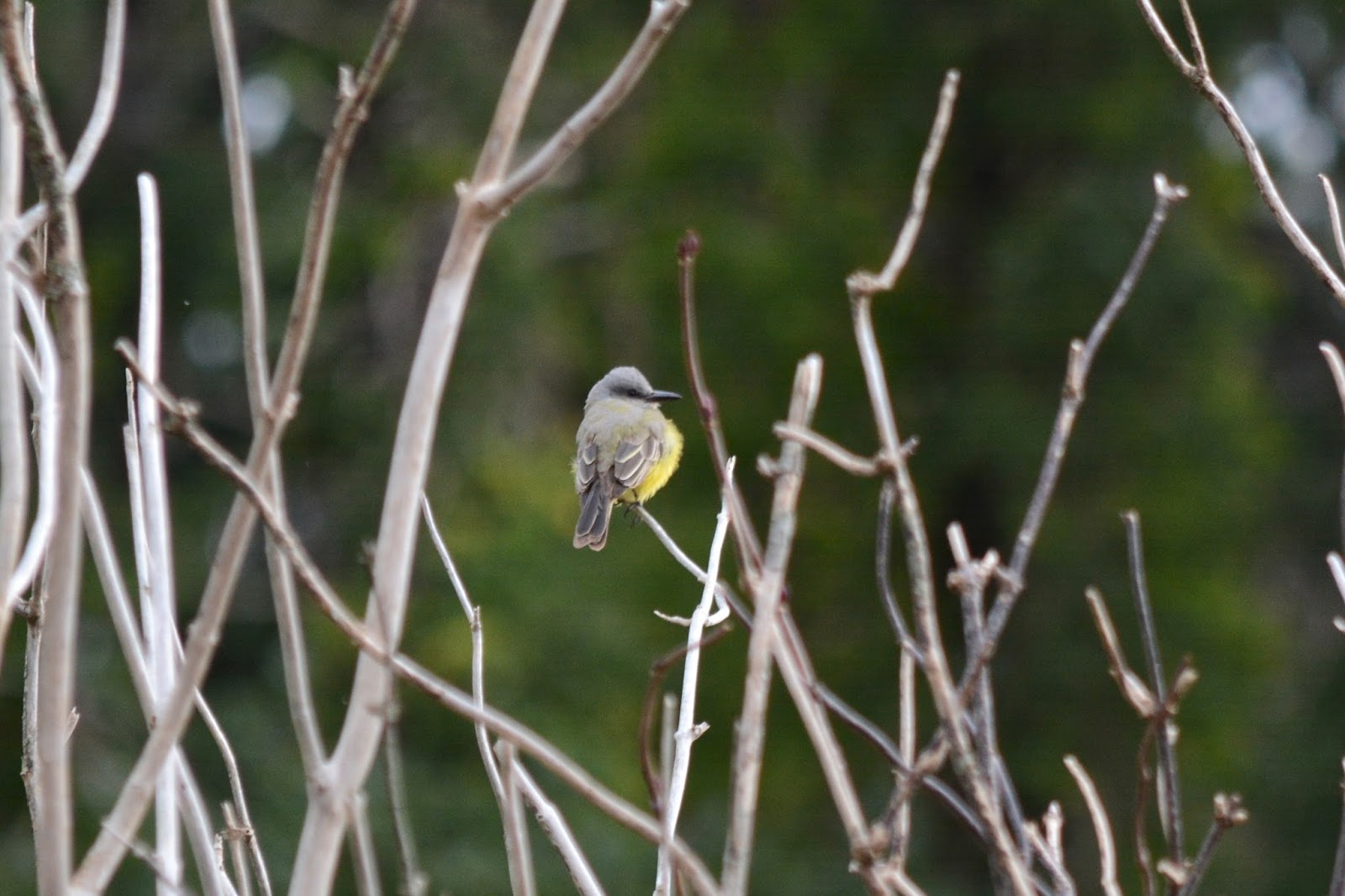 This was a life bird for me so I was pretty damn excited.  I walked down the hill back to my car realizing the irony that I had parked only two blocks from where I found the bird, yet had wandered many many more than that in the search.  I noticed a man with binoculars down on 202 so I ran over to tell him where I had just seen the kingbird, then headed off to get a sandwich.

I parked near the riverwalk to eat and a crow decided to join me. 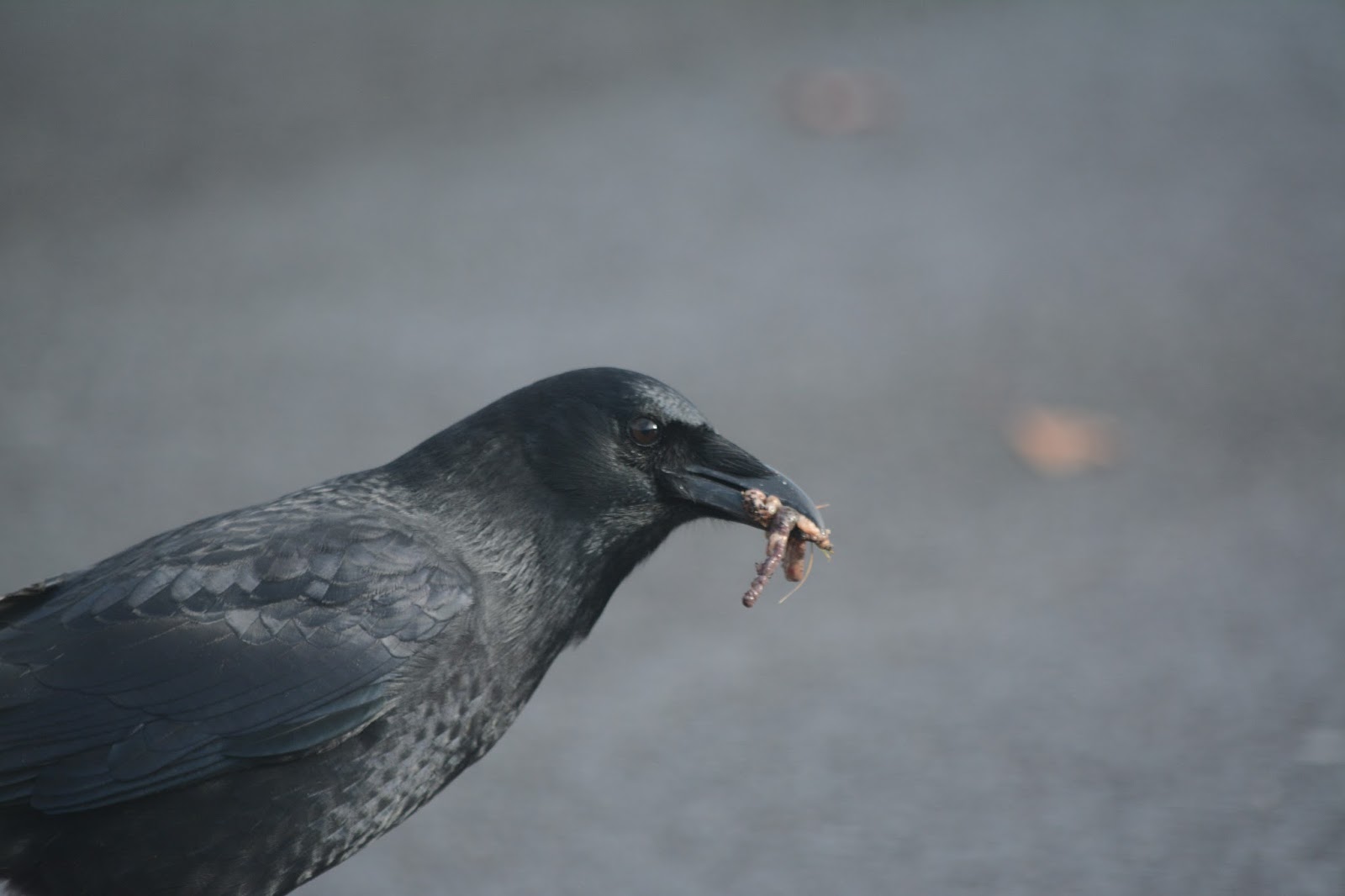 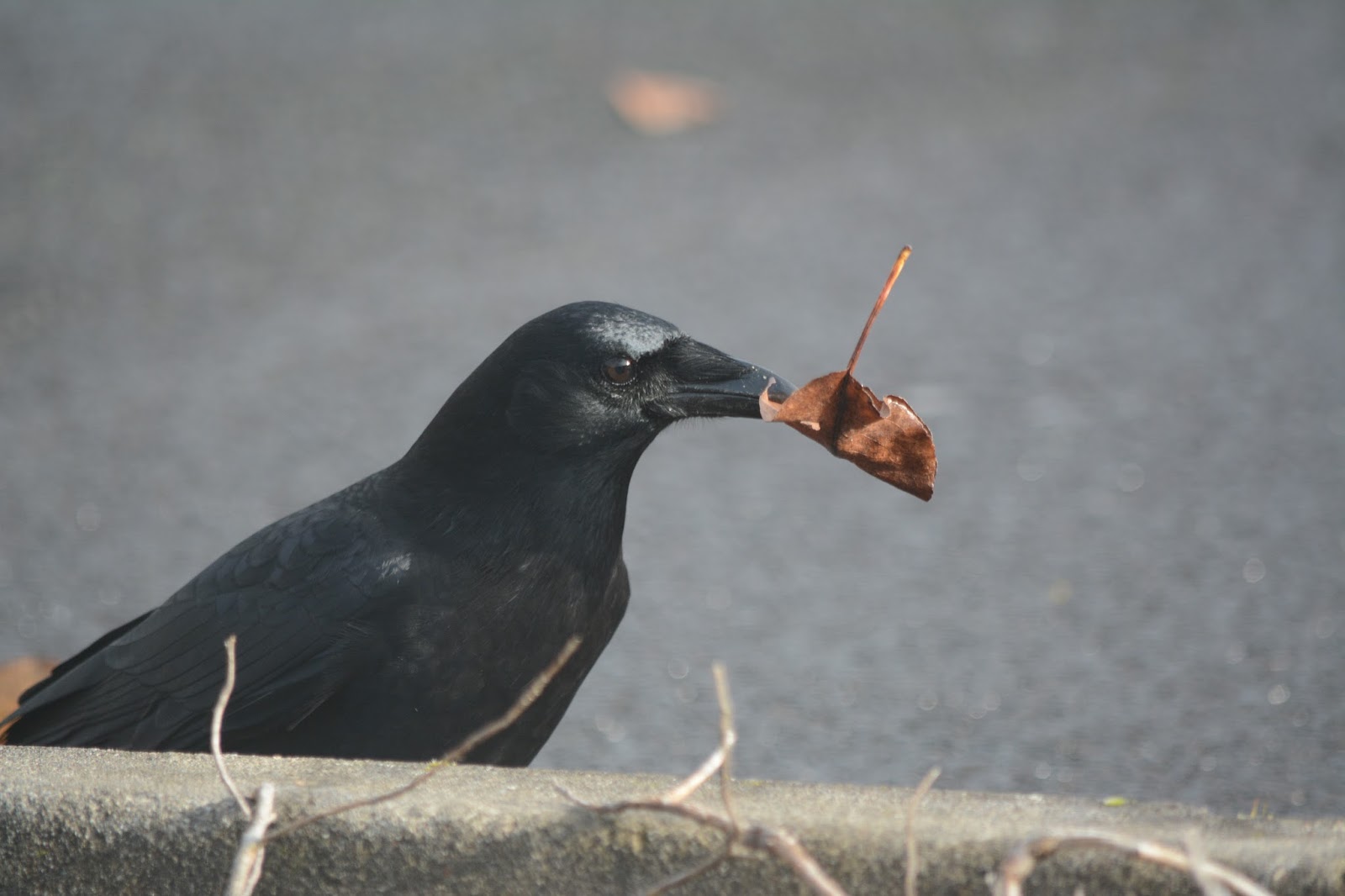 The sun was shining and there was even a faint rainbow as the mutts and I made one last try for the Snow Bunting. 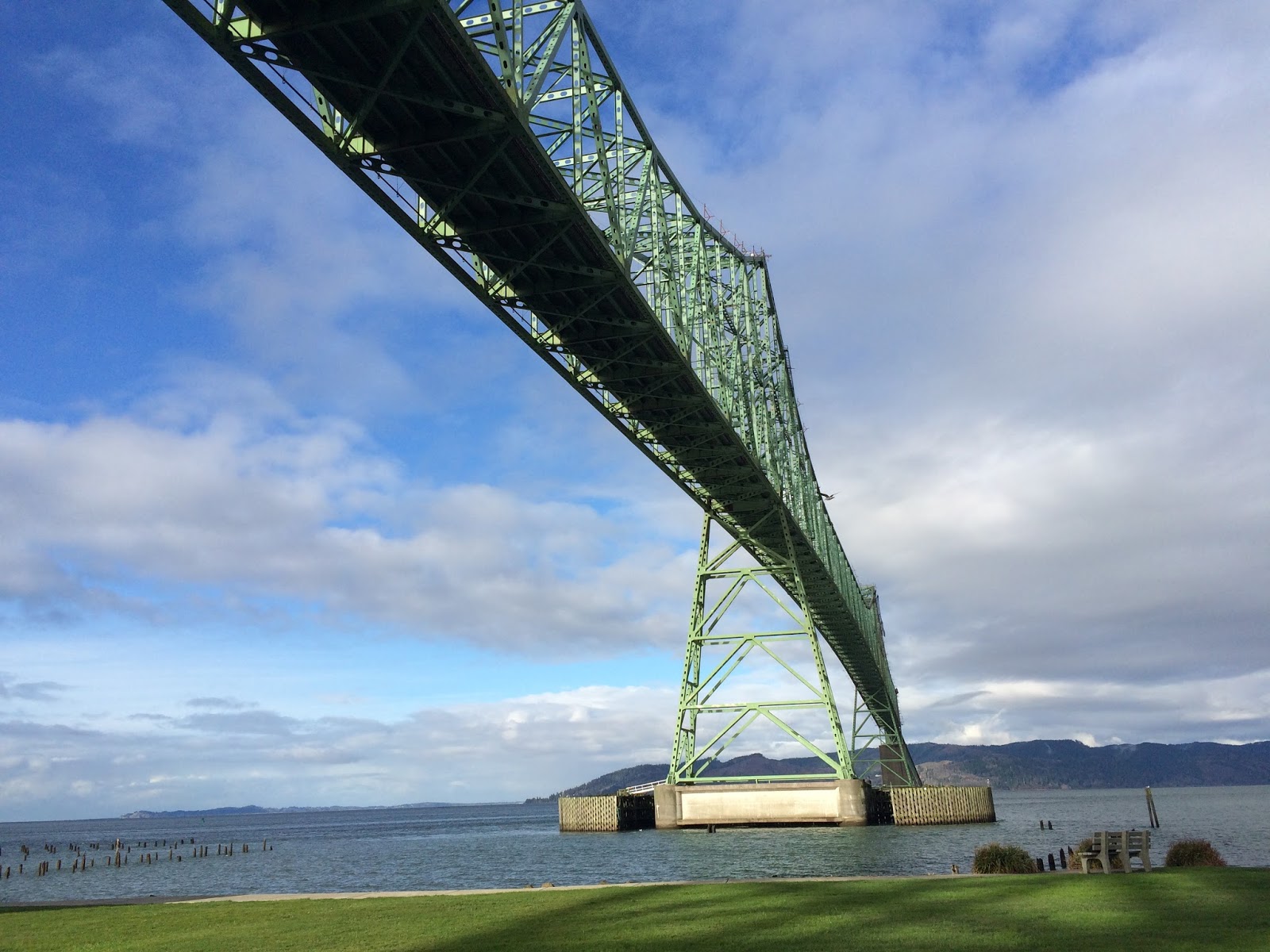 In the water a gull of questionable parentage was repeatedly diving for something pink. 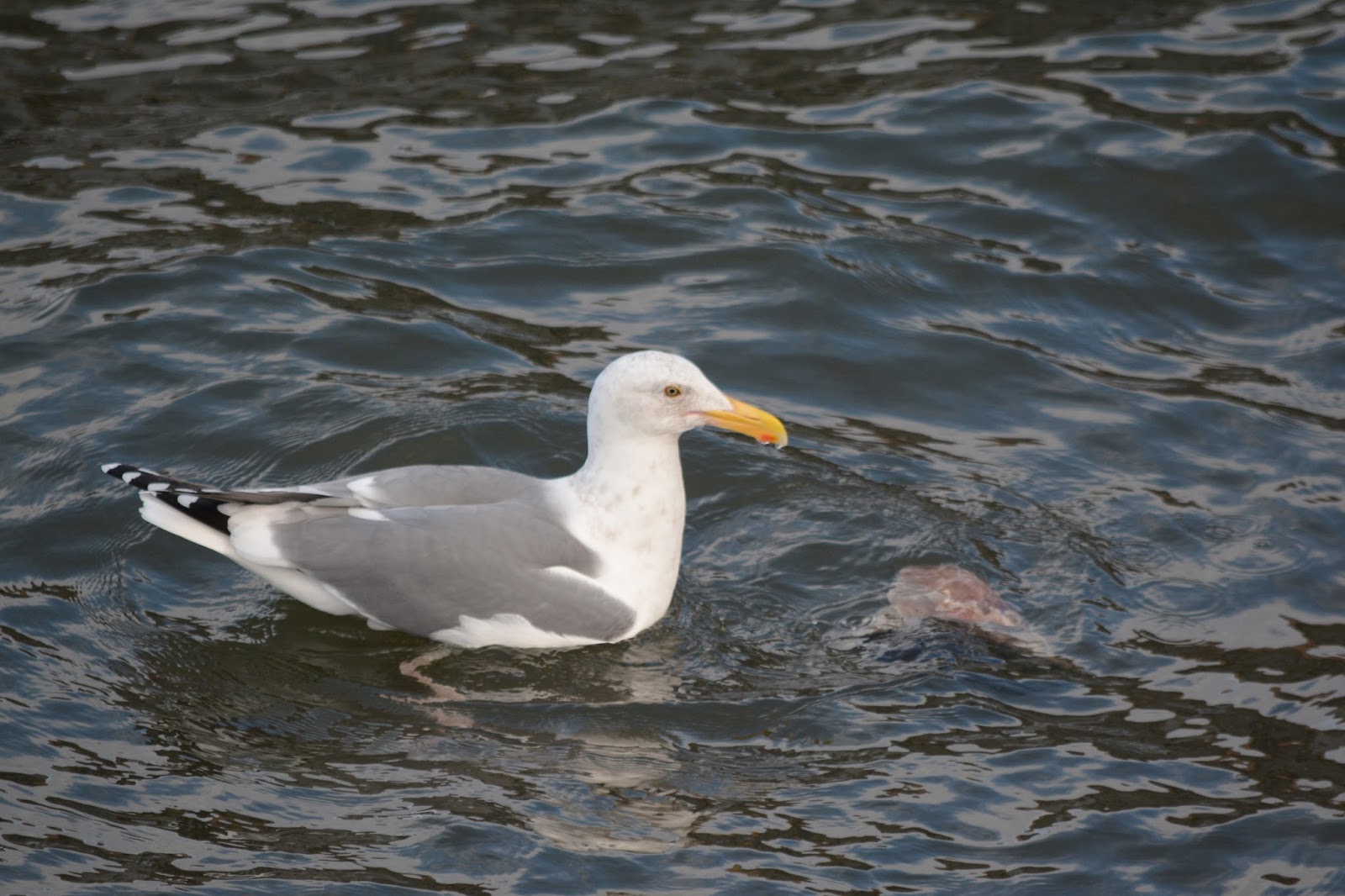 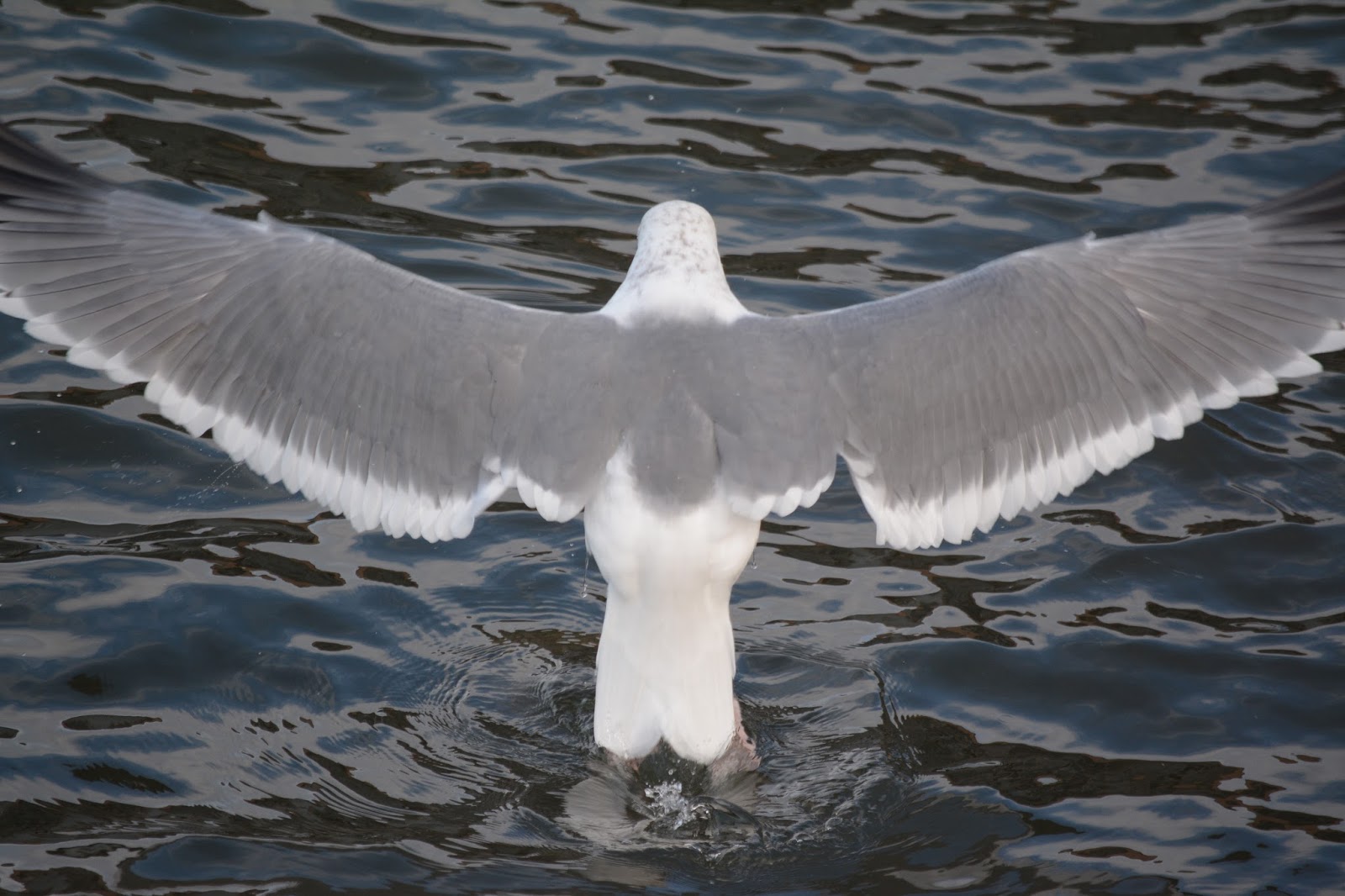 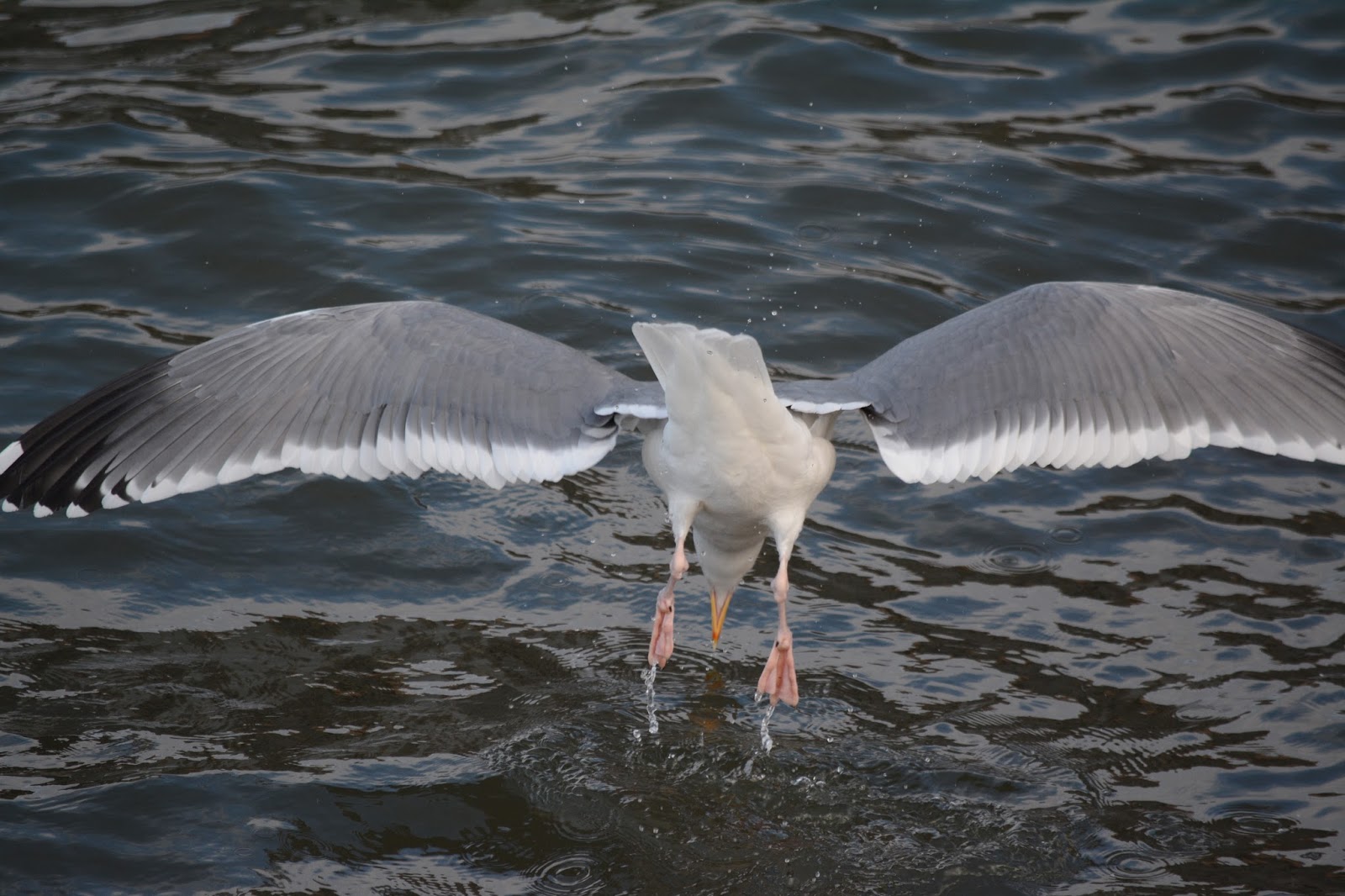 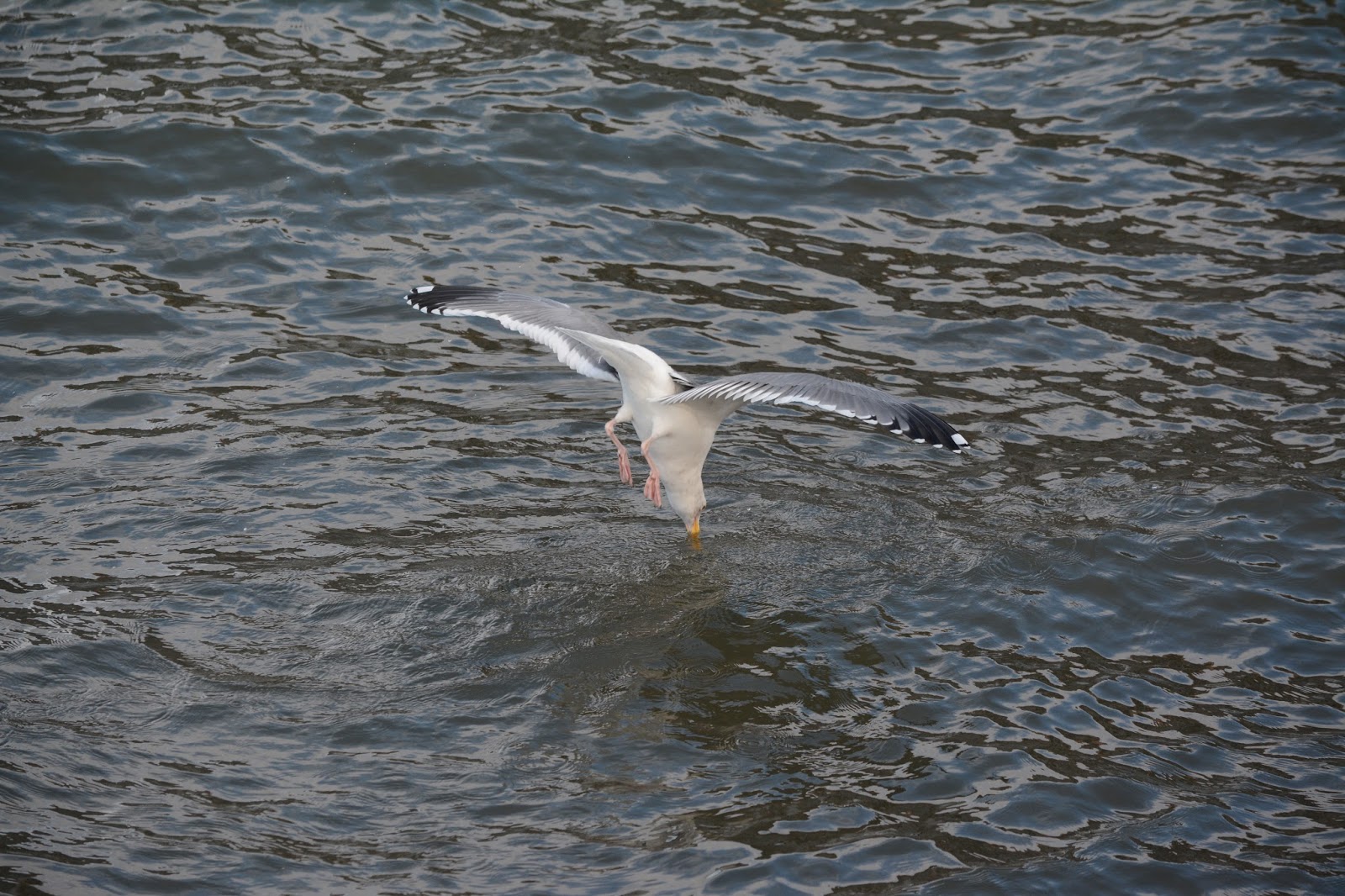 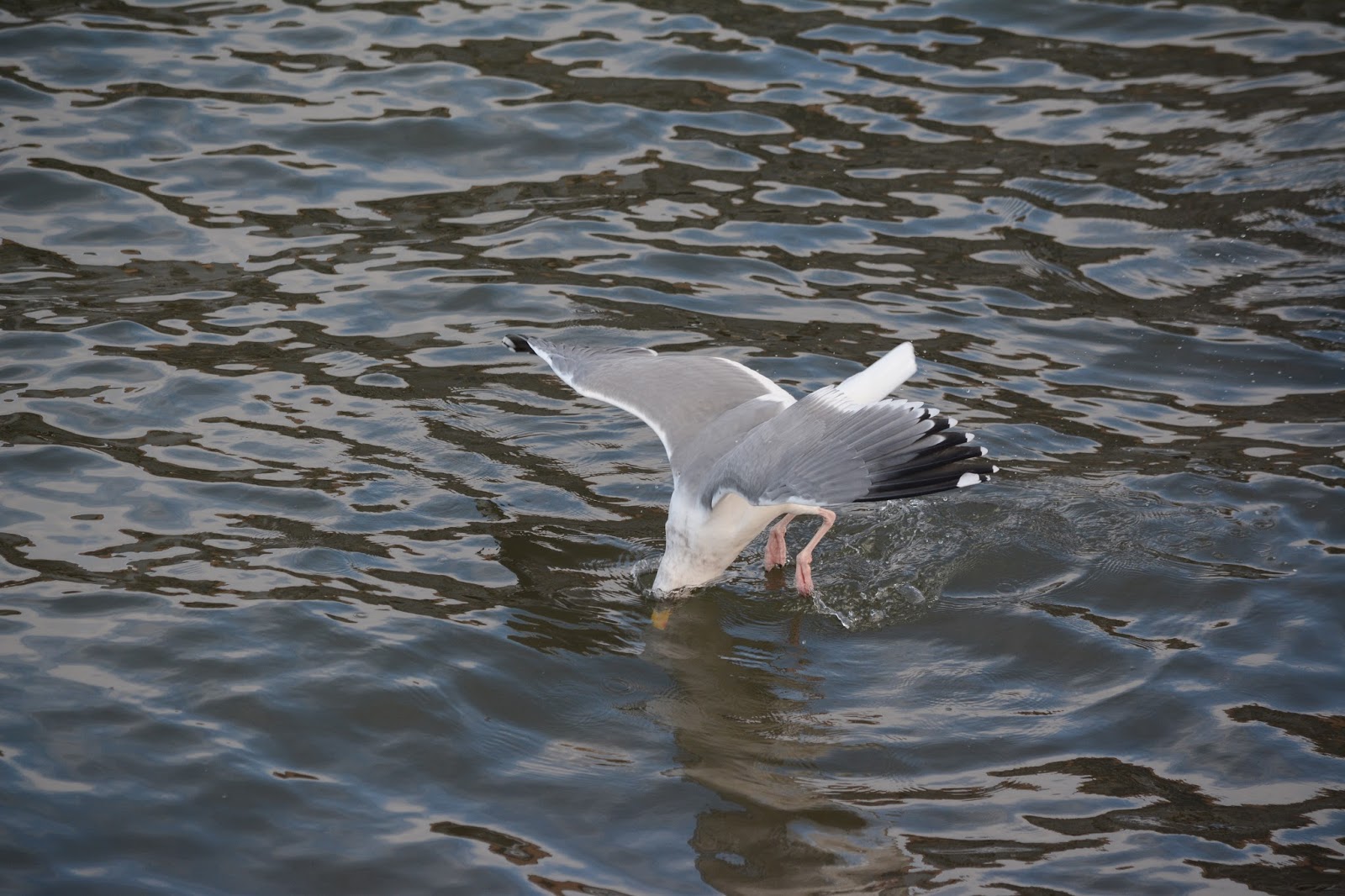 On the walk back to the car I saw the couple who I had directed towards the kingbird, and I learned that they had found it rather easily with my directions.  Yay!  Turns out they were from Beaverton.

From Astoria I headed back south to Seaside to try for the Indigo Bunting that was coming to a seed patch in someone's yard.  I stood like a creep on the sidewalk watching the patch for about fifteen minutes, enjoying the decent variety of birds. 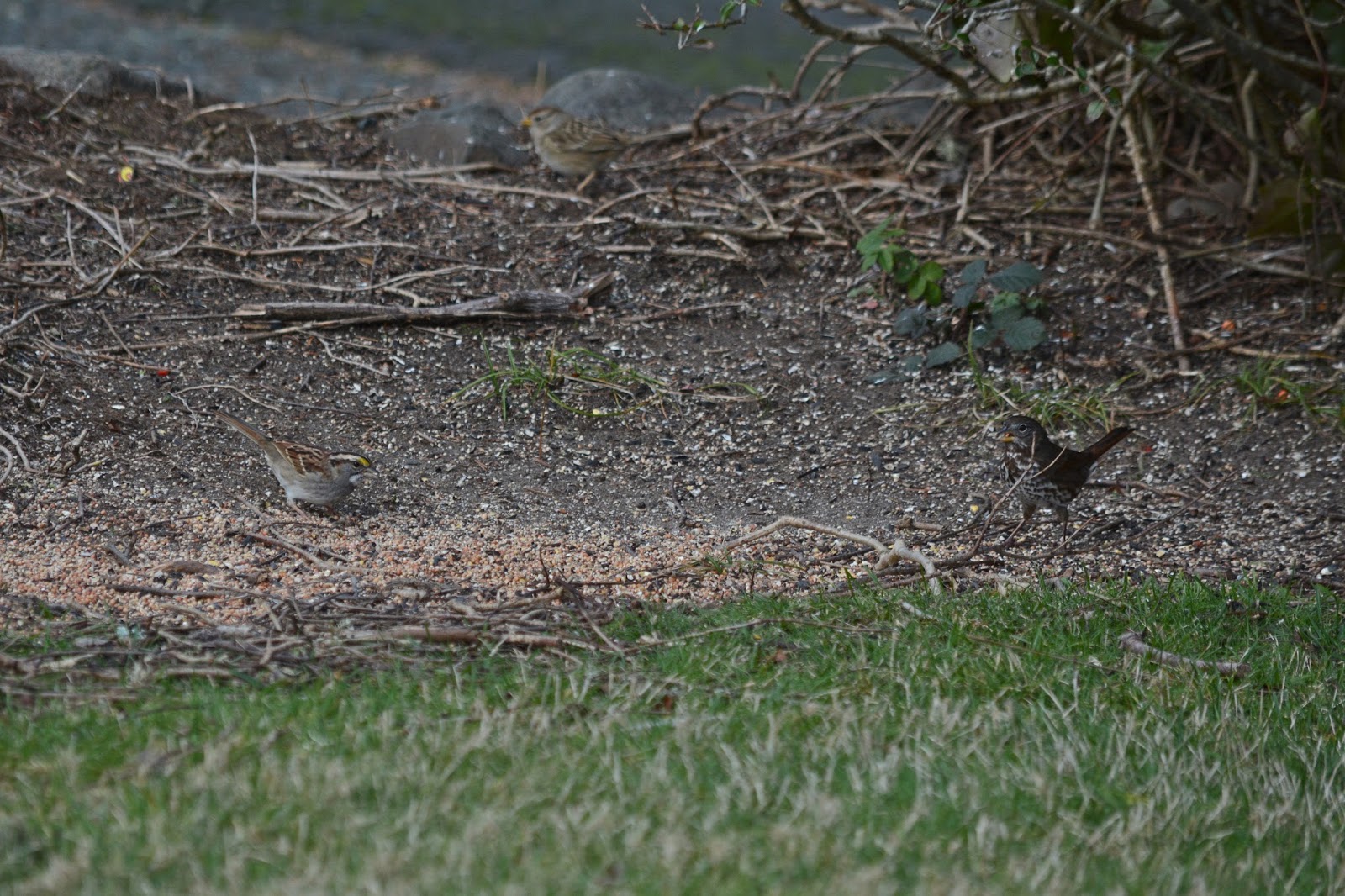 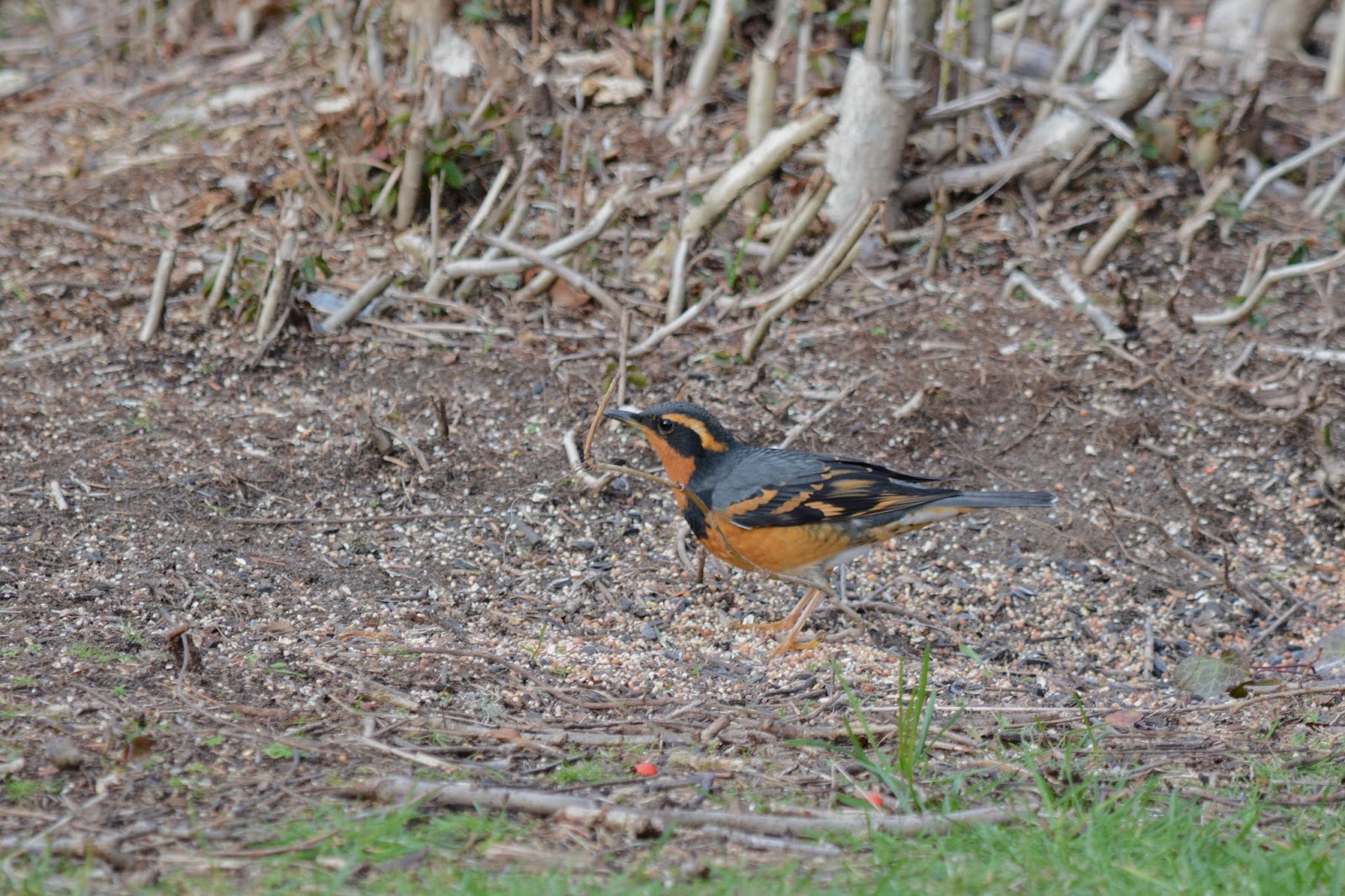 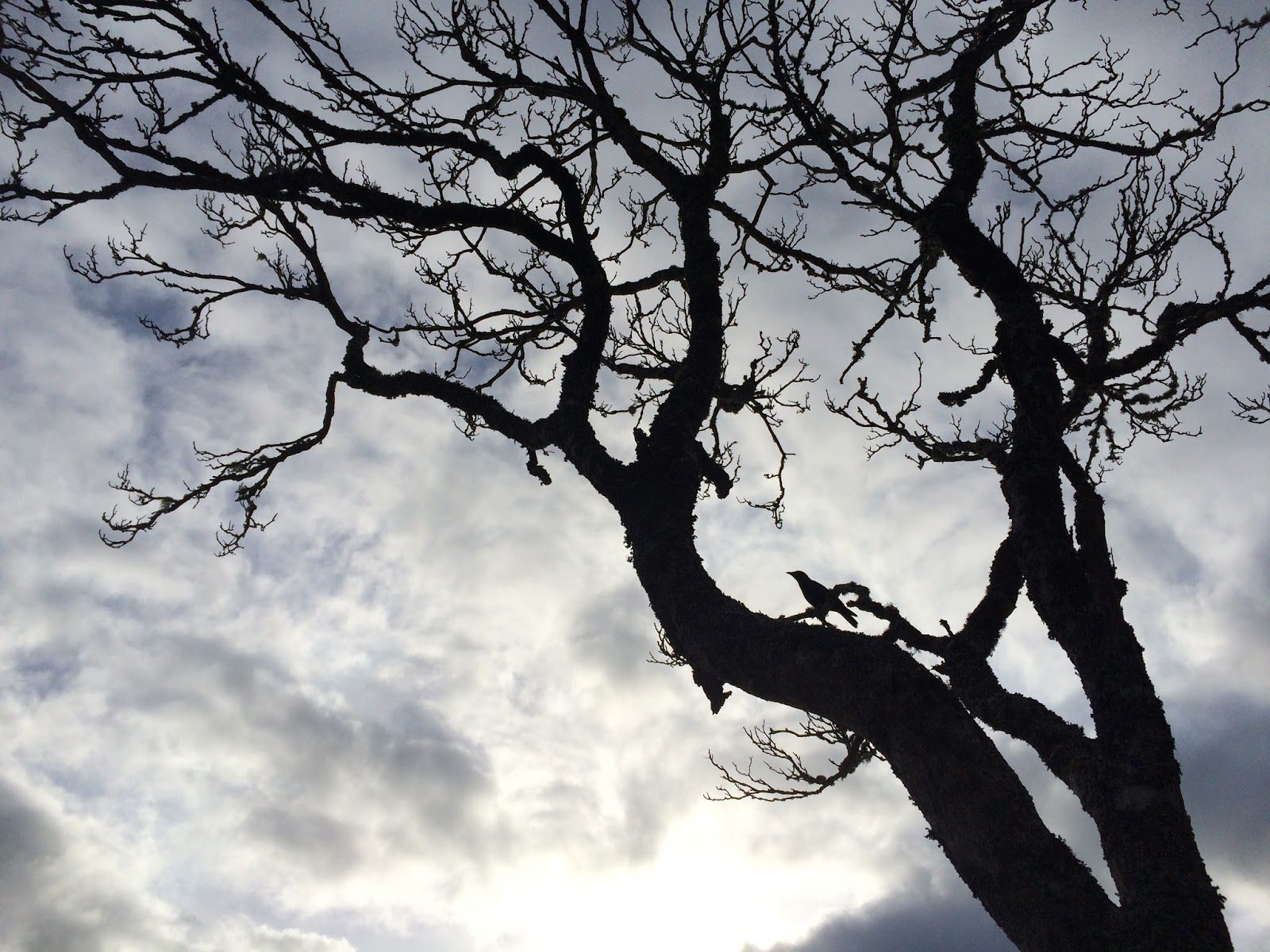 After fifteen minutes, this d-bag showed up: 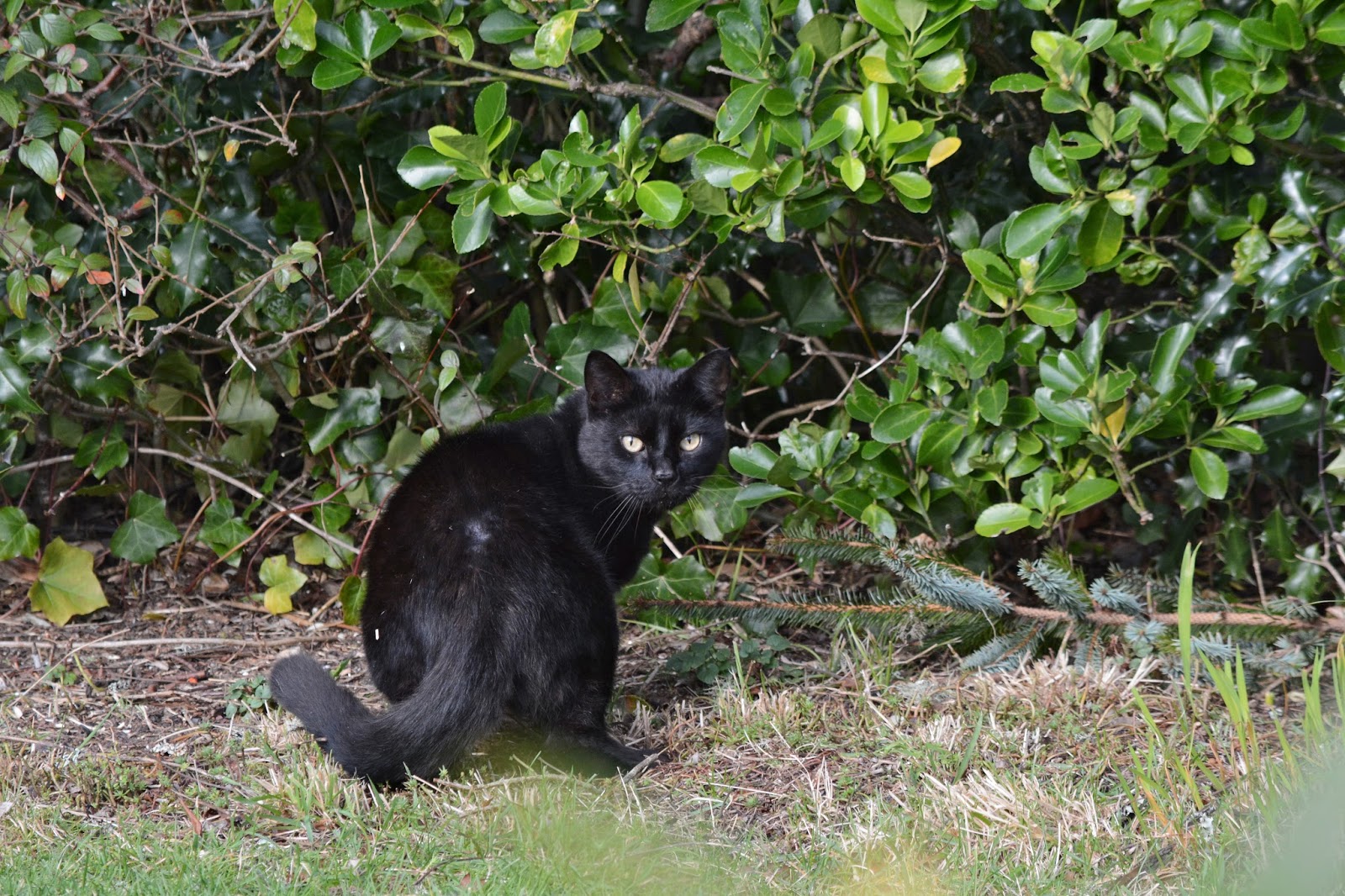 The birds dispersed and the cat decided to lie down and settle in for the afternoon.  After half an hour of watching mostly House Sparrows I gave up.  No Indigo Bunting for me, but that's okay.  I took the dogs over to the beach for a bit before heading back to Portland, taking a second to poke a dead Western Grebe. 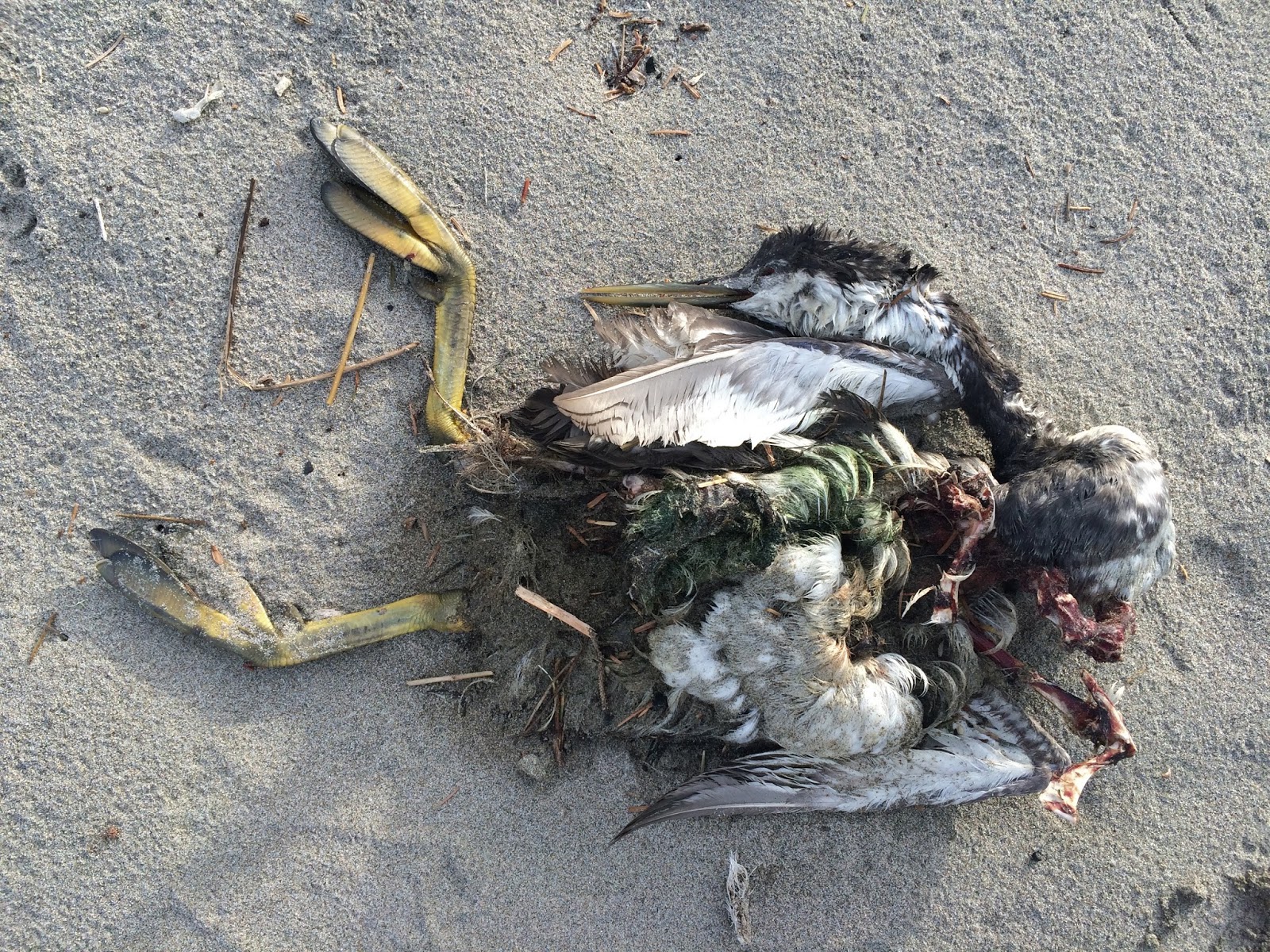 Overall a great day at the coast:  tired mutts, a life bird, and enough photos to fill a blog post.  Winning.  Good times! 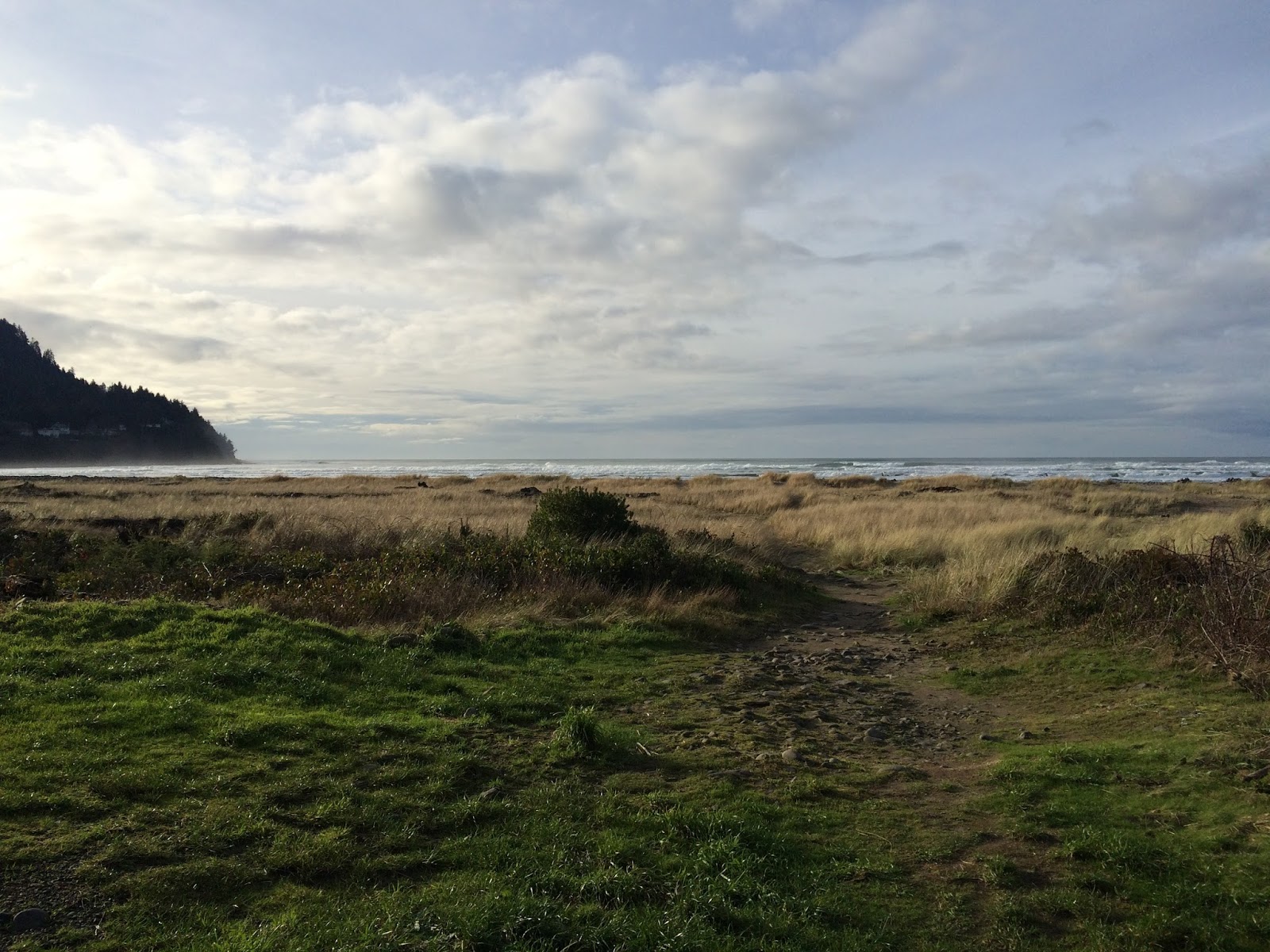