New Years at the coast. 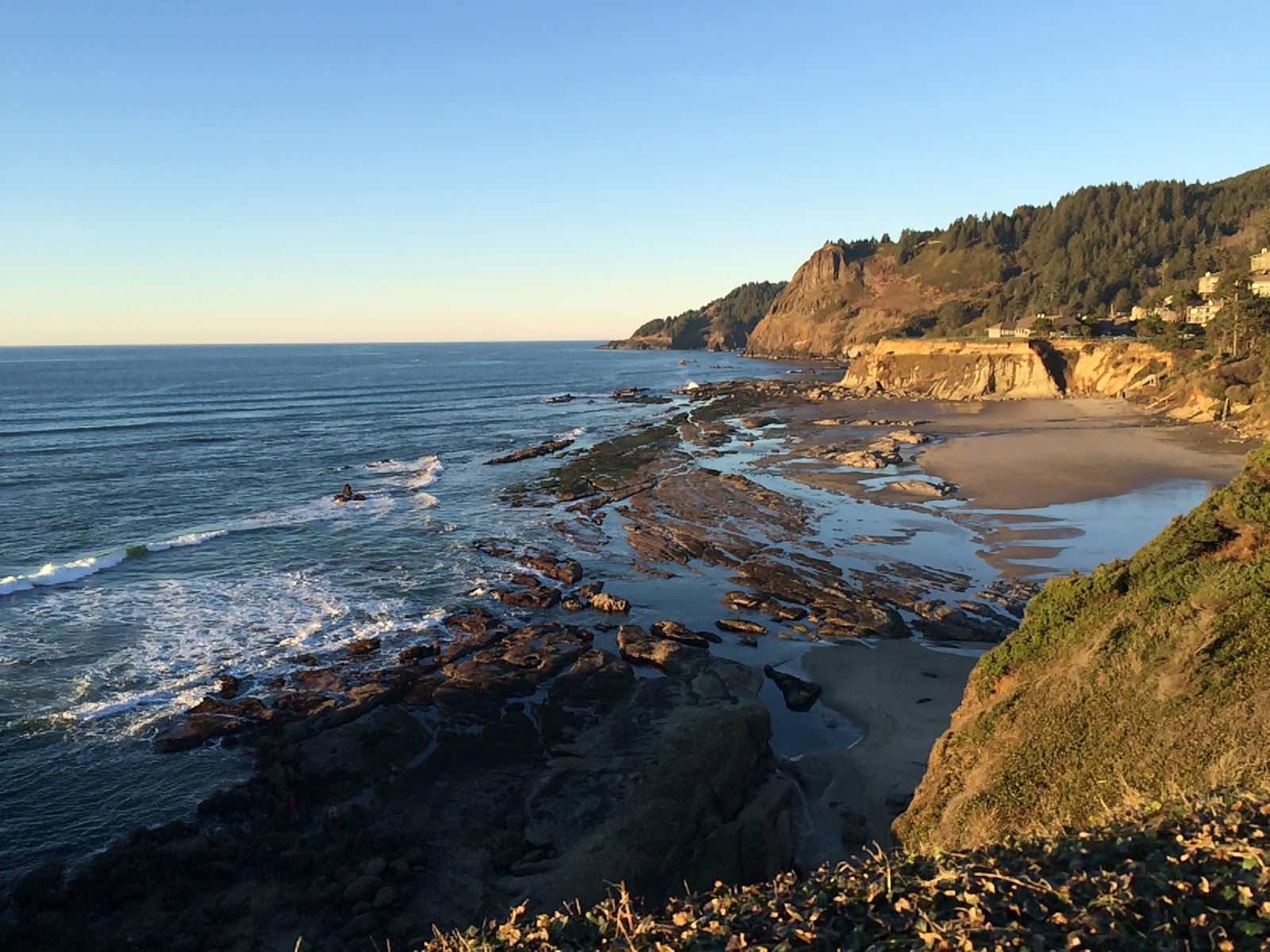 My friend and I headed to the coast on Wednesday to spend a couple days hanging out in the surprisingly amazing weather.  Our first stop was Boiler Bay where I was hoping to catch some kind of alcid despite forgetting my scope at home.  I was not disappointed.  No less than five Ancient Murrelets were hanging out! 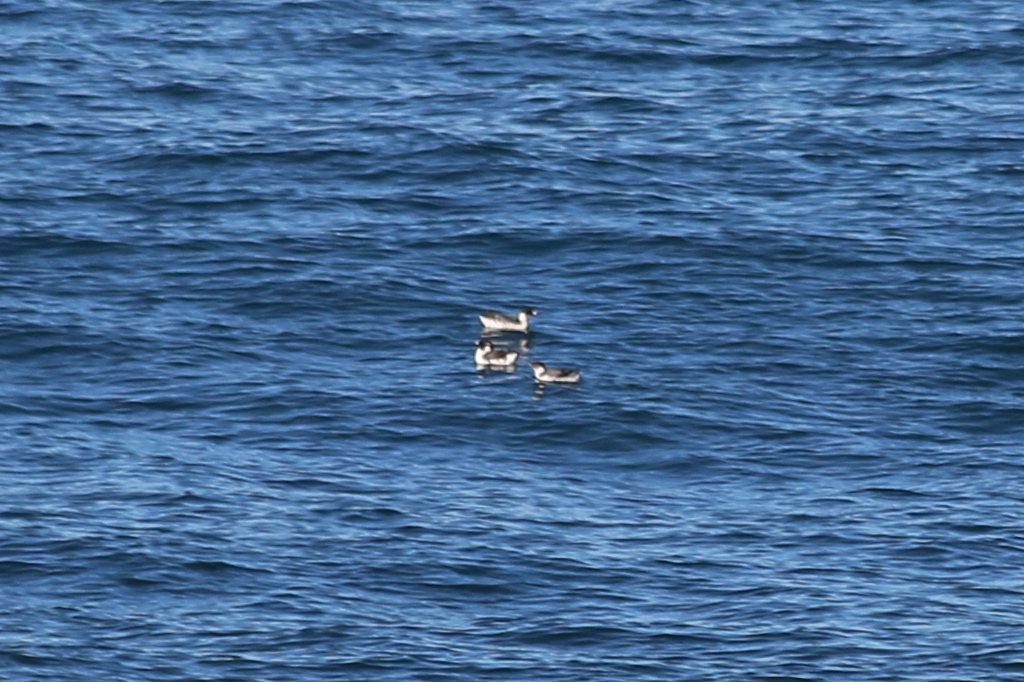 My last life bird of 2014!  I was stoked.  There was another bird a bit more distant that I am not sure can be identified, but here it is just in case.  I thought maybe Marbled but I had terrible looks and terrible photos. 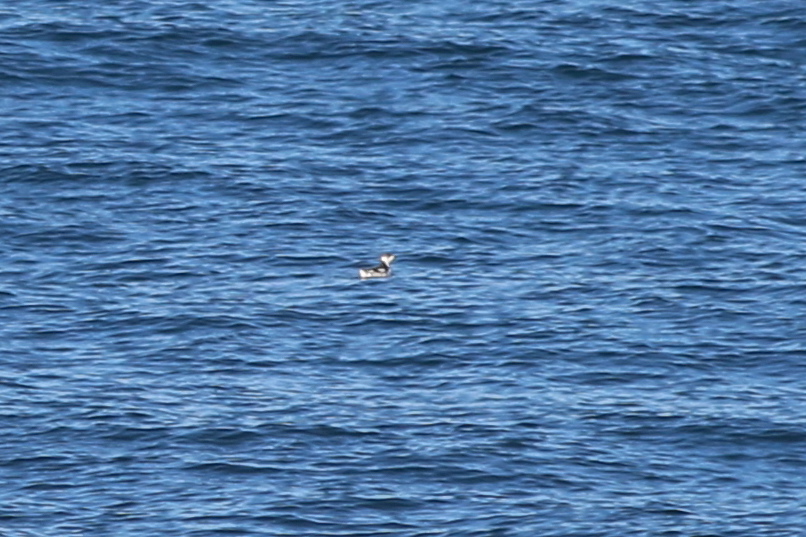 Also at Boiler Bay we caught sight of a couple of likely gray whales spouting far off.  We got better views from Depoe Bay and Devil's Punchbowl later on. 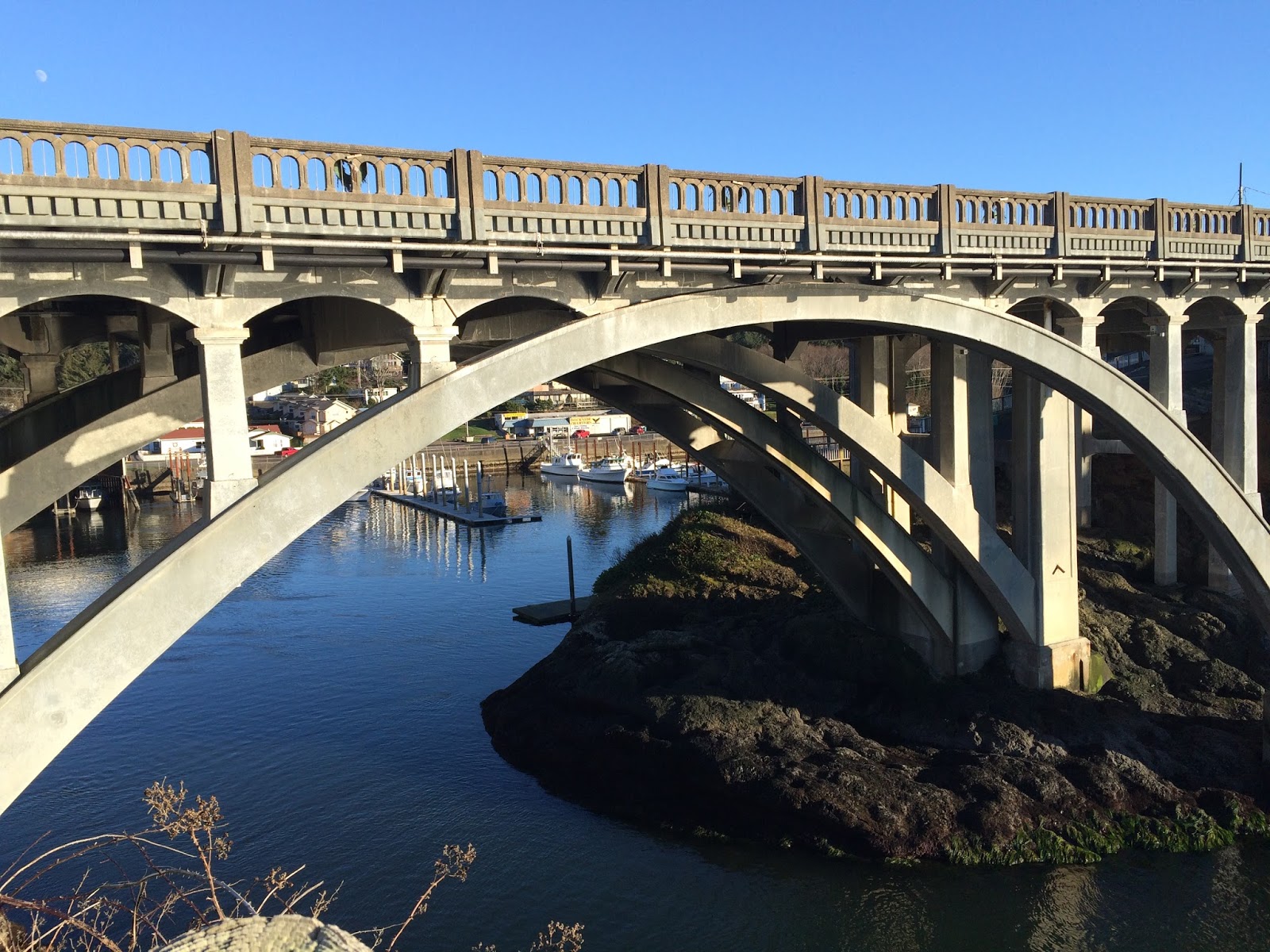 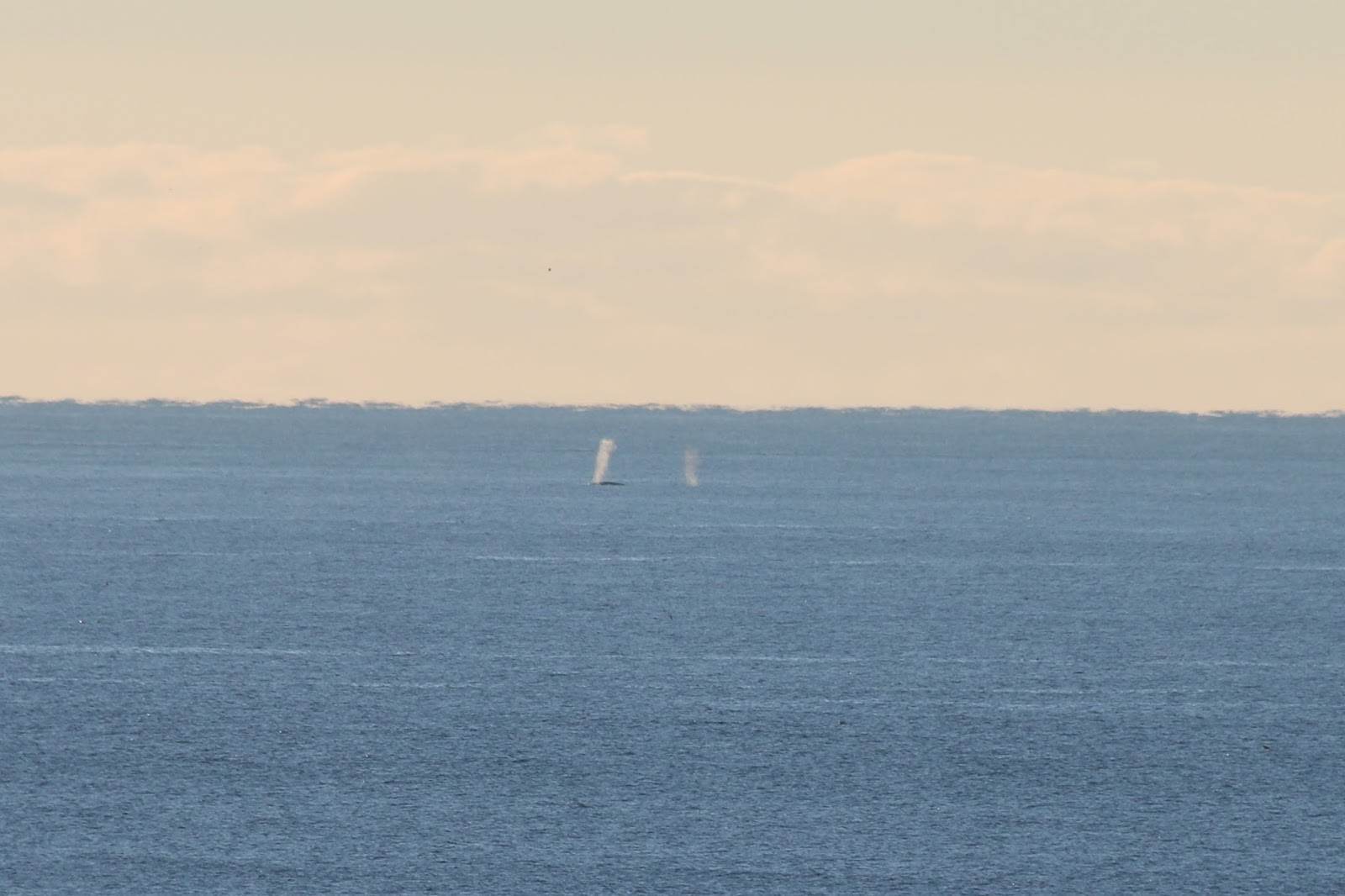 So cool to see whales from shore.  We made it to Newport and got an oceanfront room at the Shilo just as the sun was setting.  Last sunset of 2014. 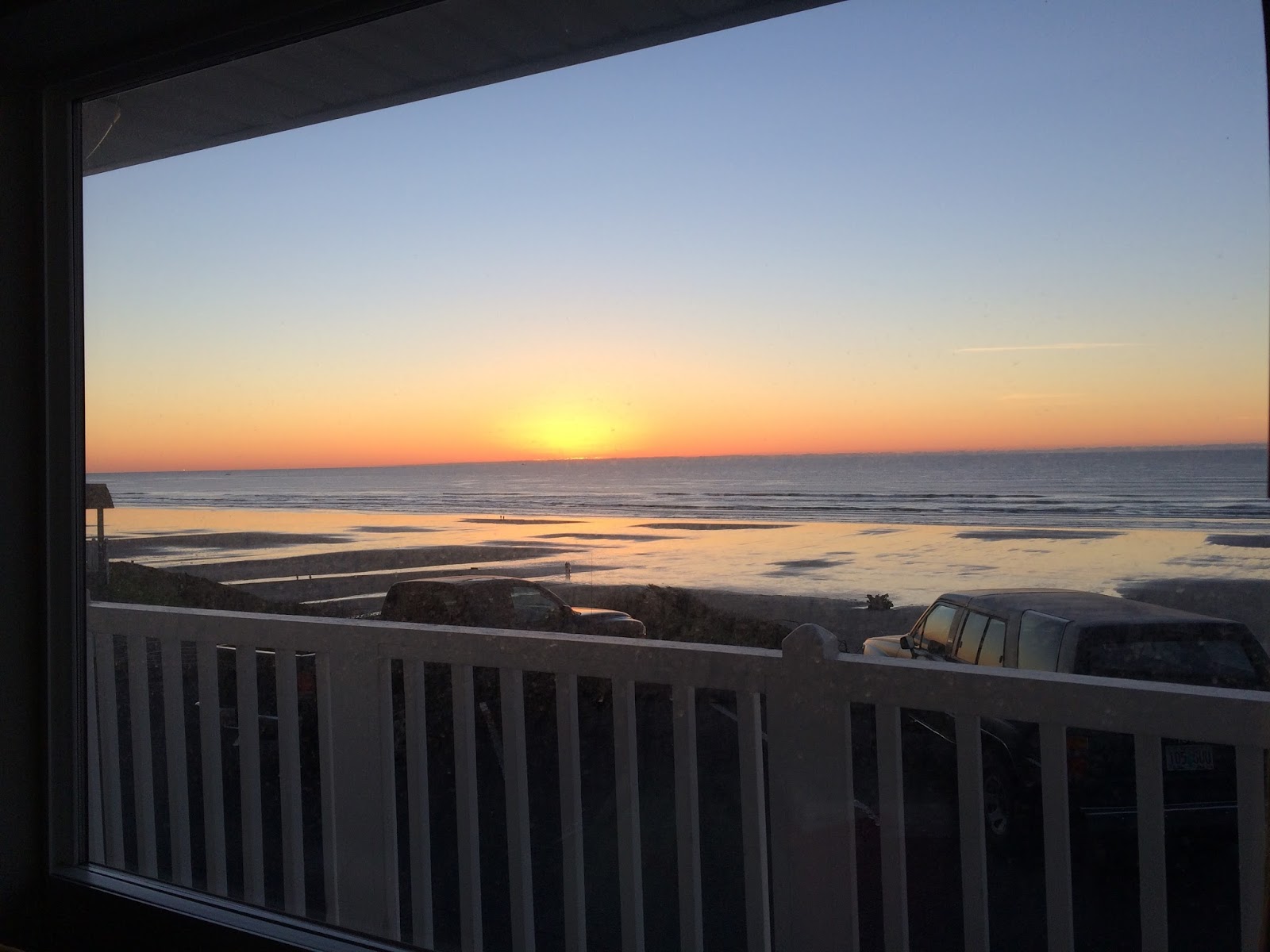 On New Years Day we picked up some coffee at Cafe Stephanie and drove over to the Yaquina Bay fishing pier to see what could be found. 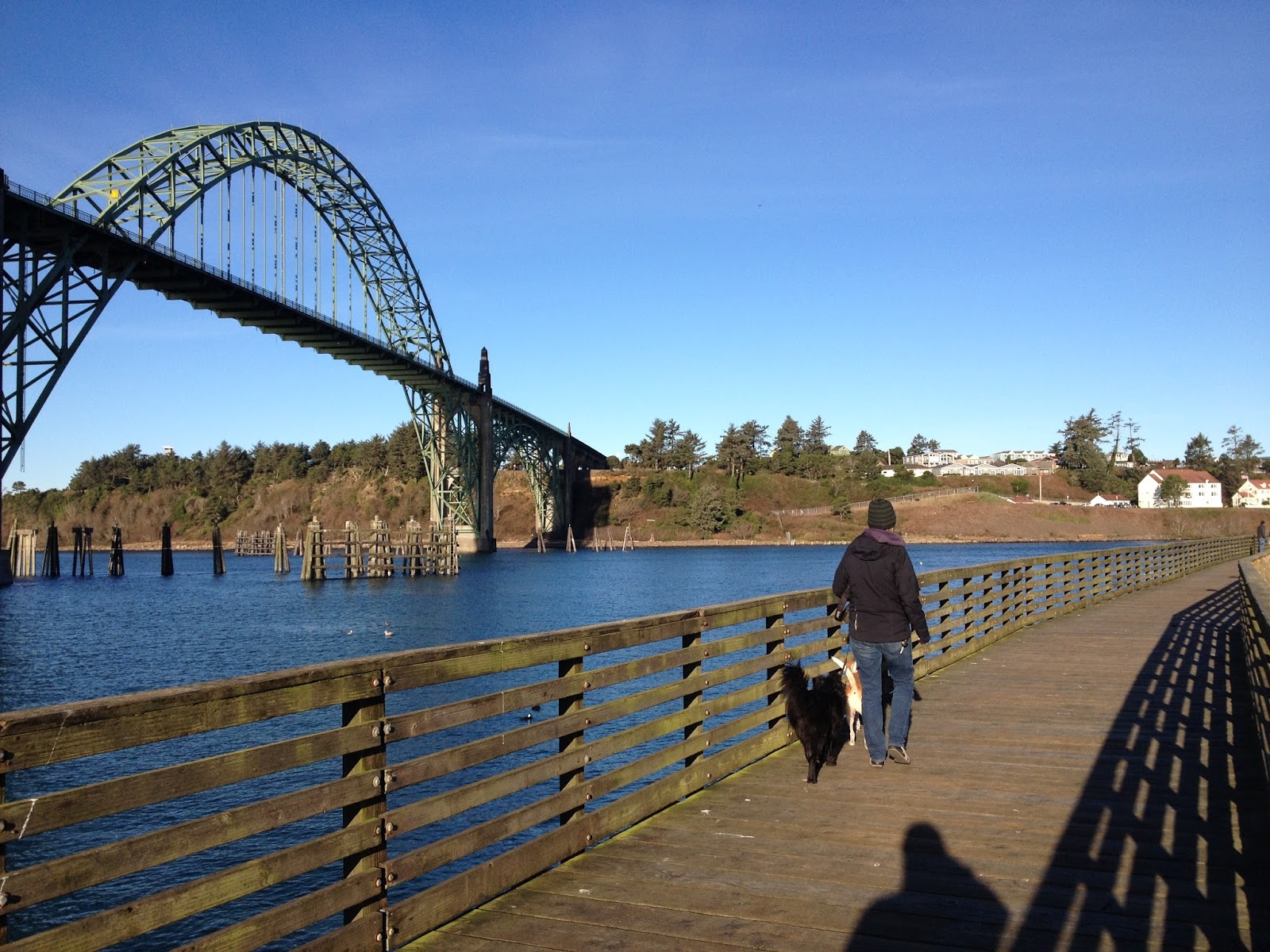 The best birds around were close up Surf Scoters and Common loons and a lone male Barrow's Goldeneye. 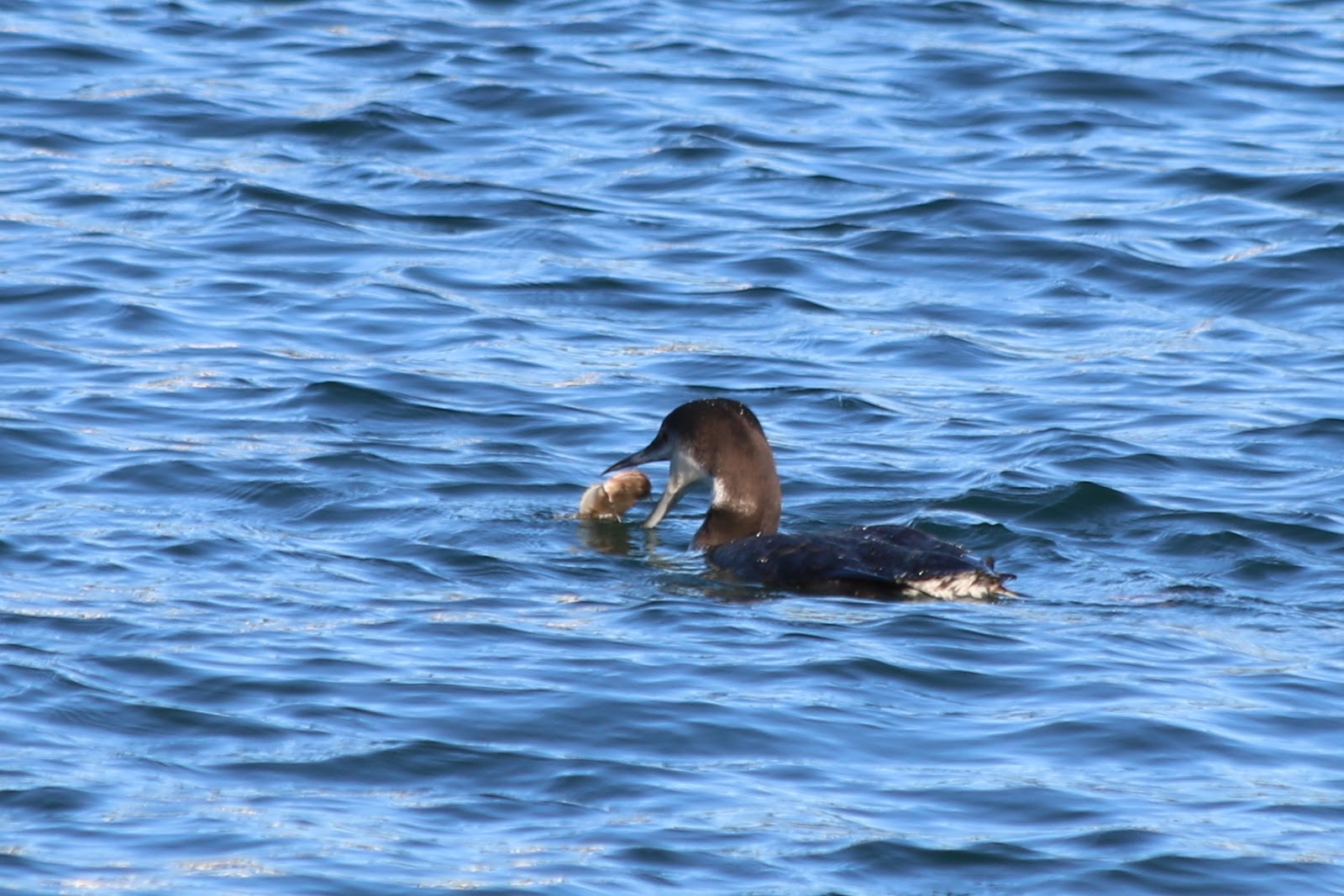 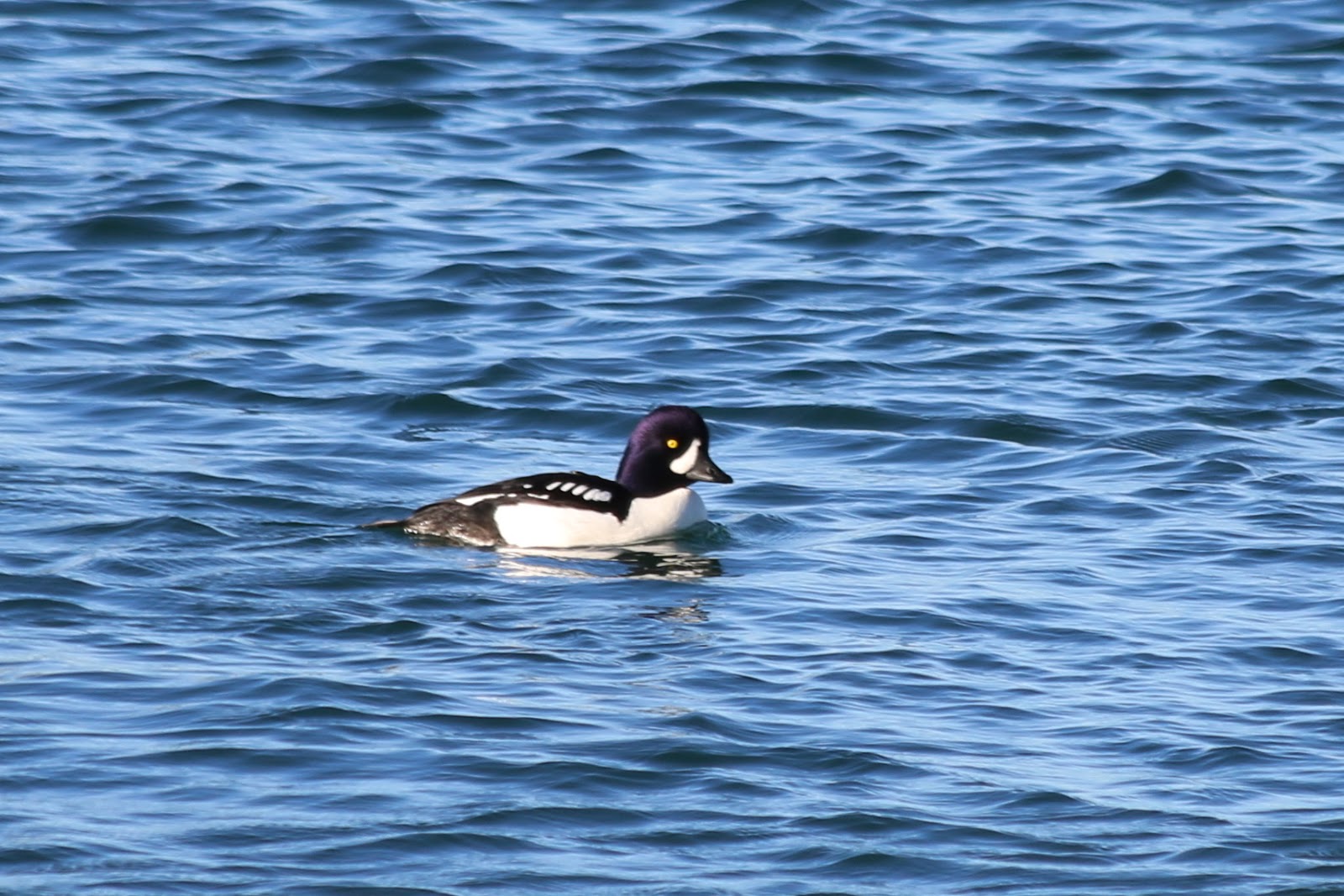 After the pier we went over to the south jetty... 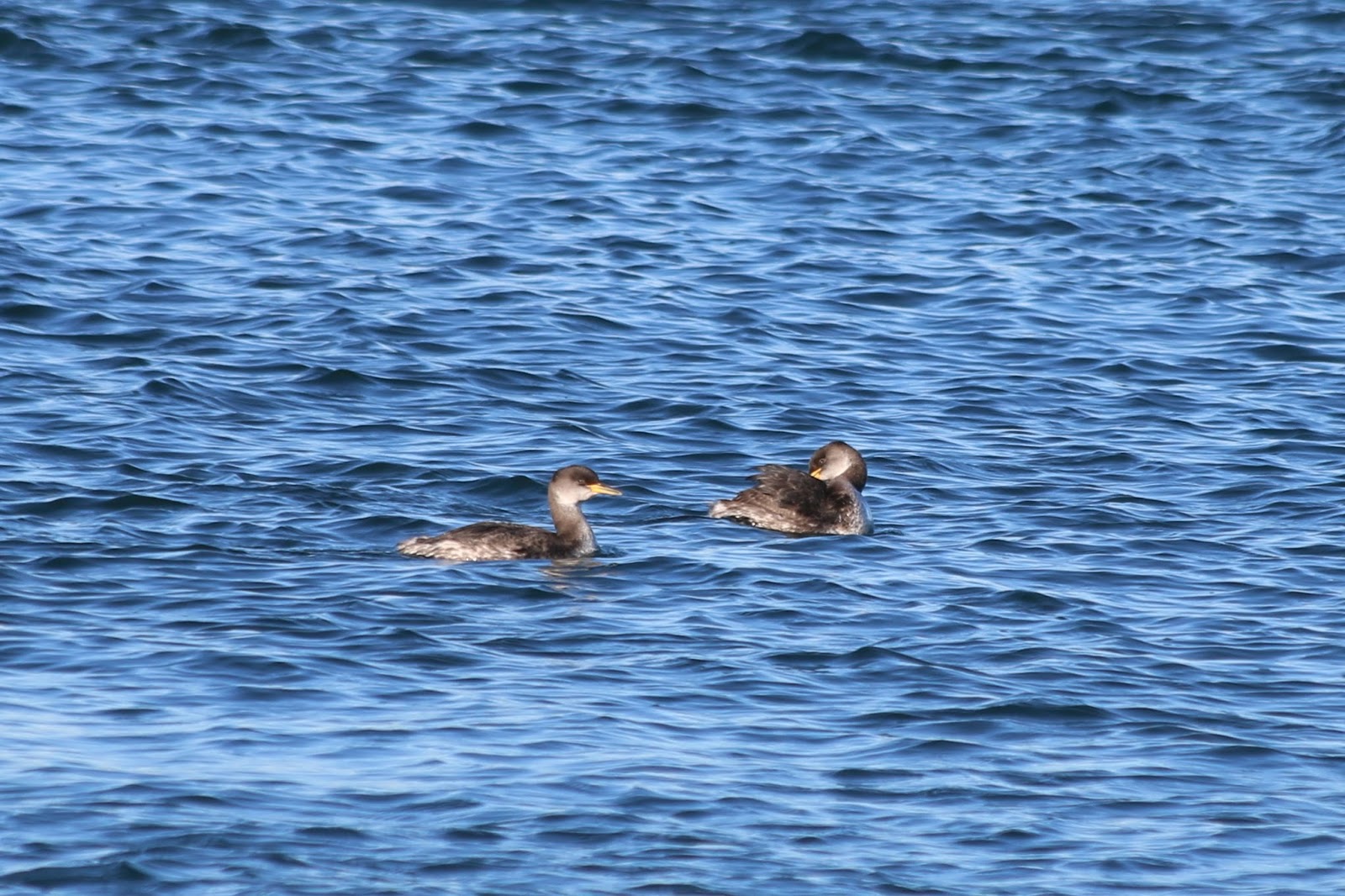 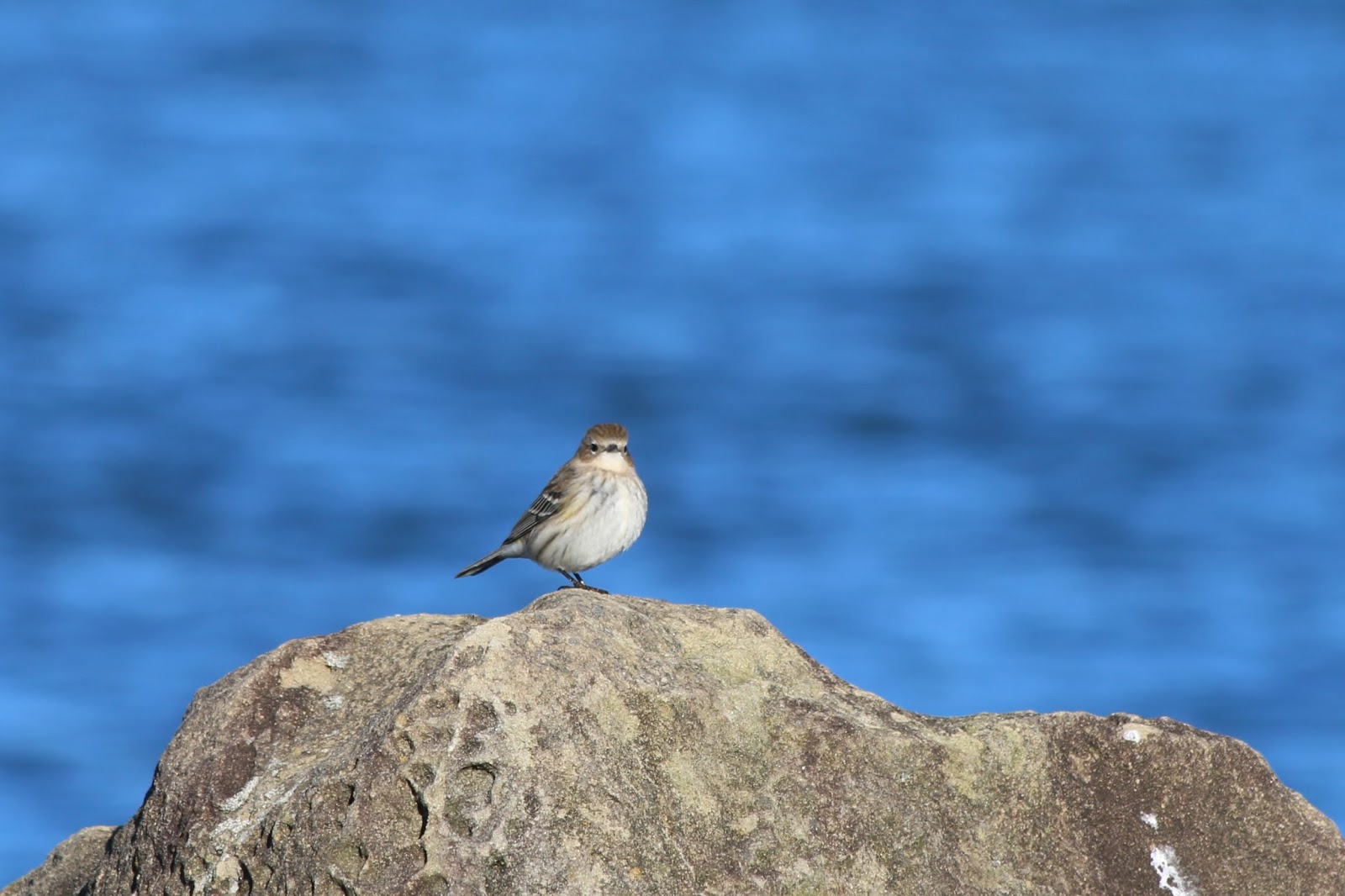 From the jetty we headed to the bayfront to walk the dogs.  The first little dock we walked out on had a Great Blue Heron basking in sunshine under a dock and a Townsend's Warbler investigating rusty crevices. 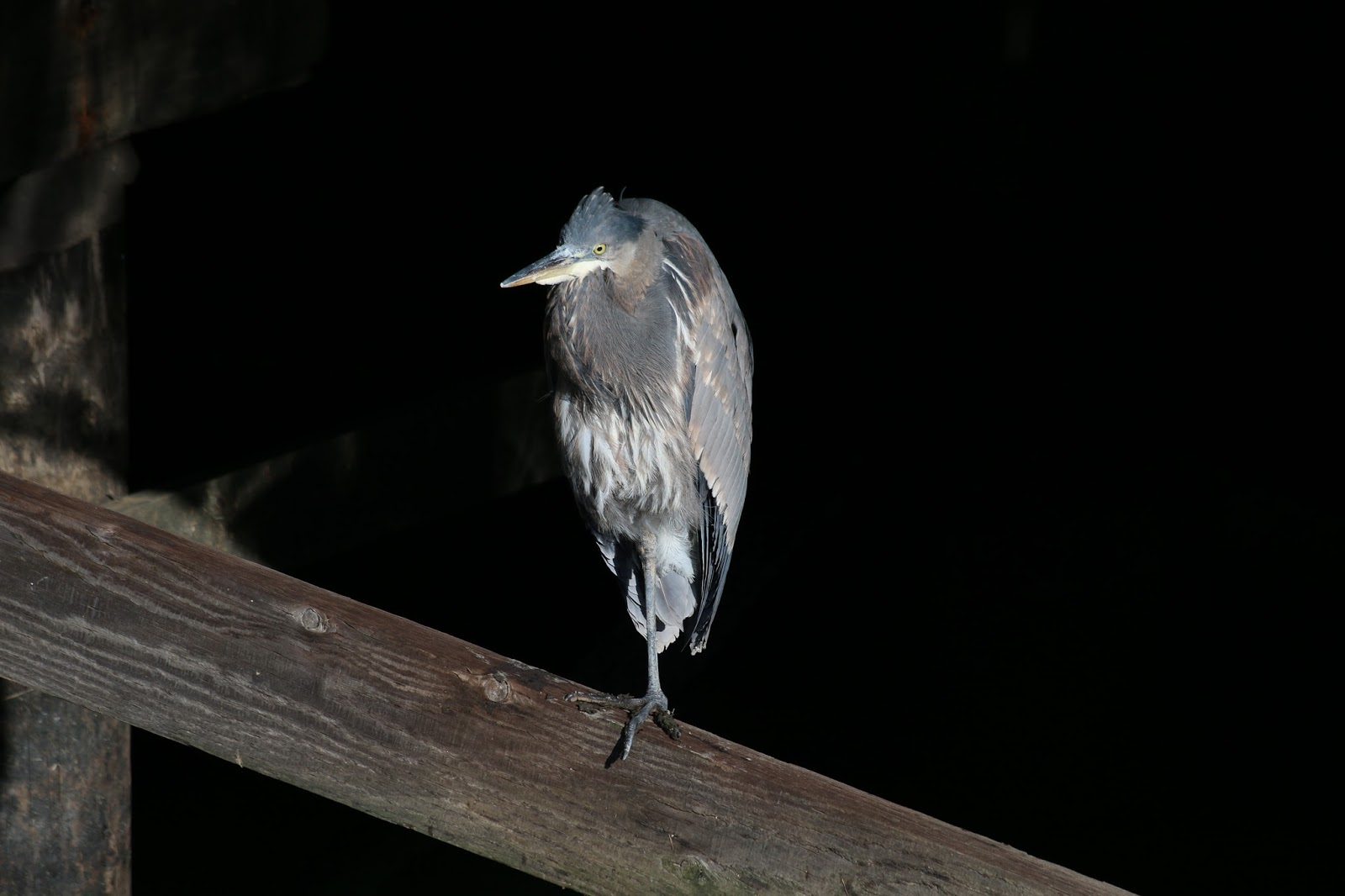 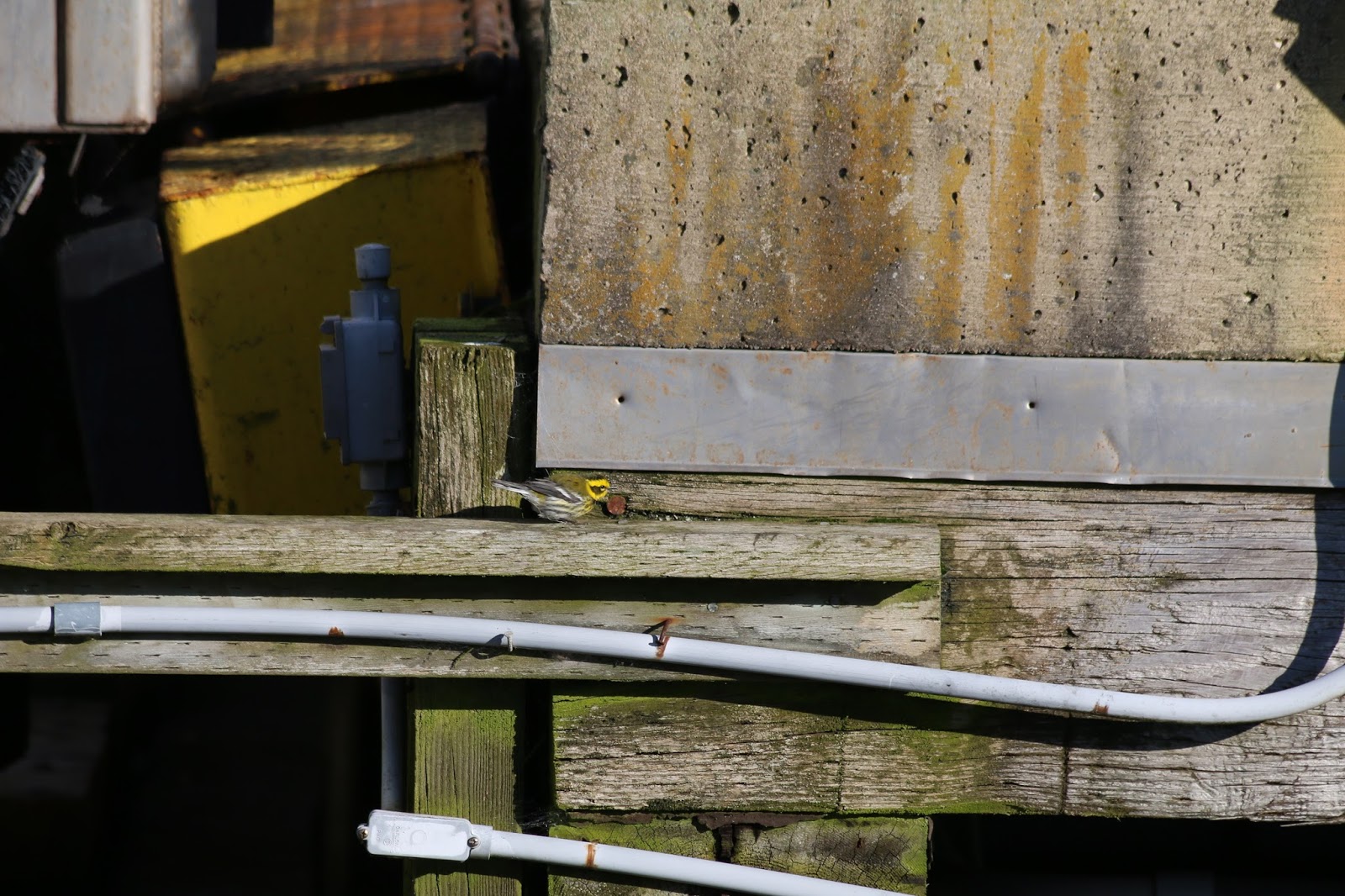 We walked out on the docks in the marina and found a lone pelican swimming close in, offering fantastic views for once. 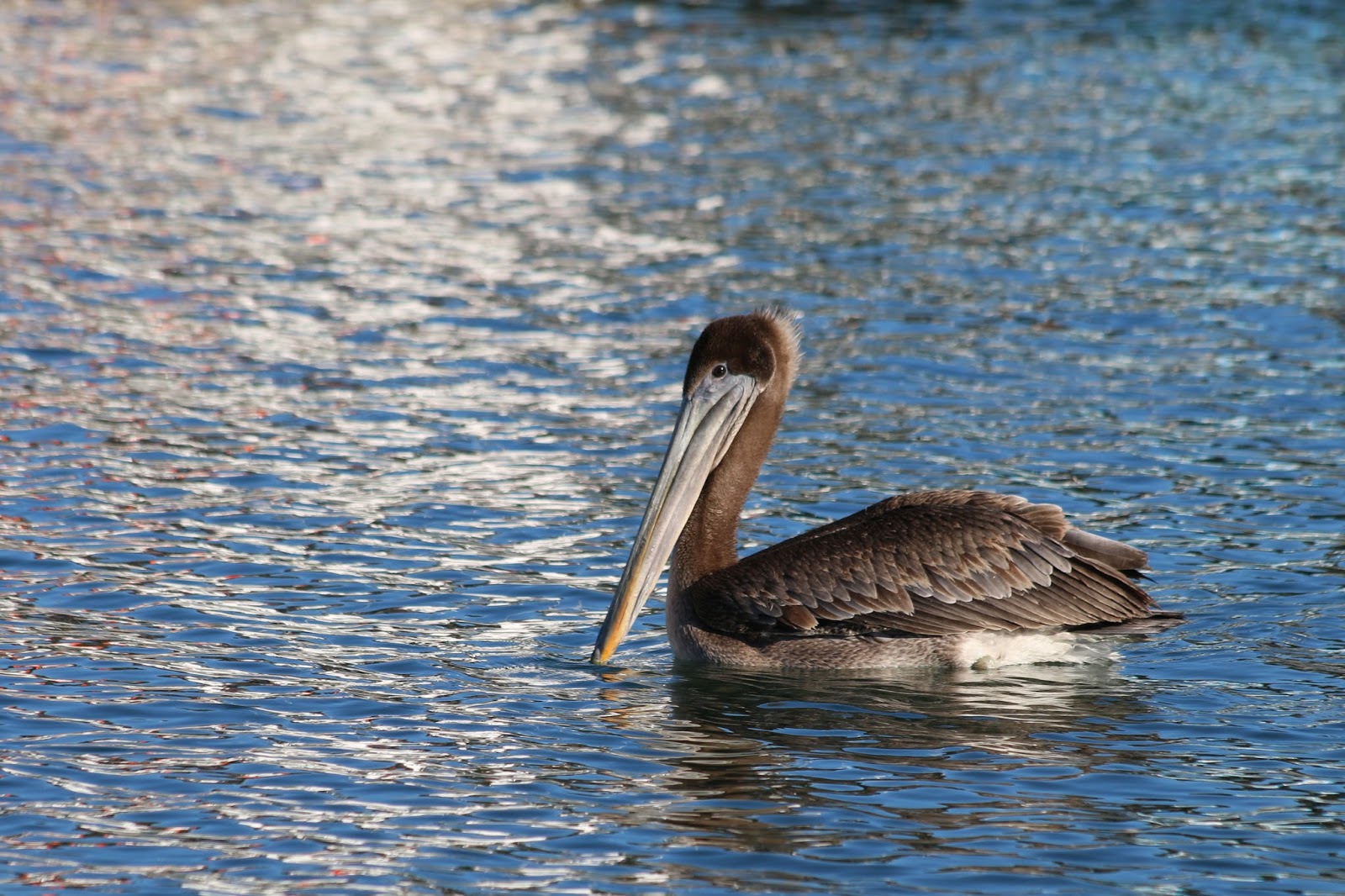 On the walk back to the car we stopped by BowwowMeow for a couple of lobster dog cookies for the mutts.  They were stoked even though they were forced to pose in front of a mural to earn them. 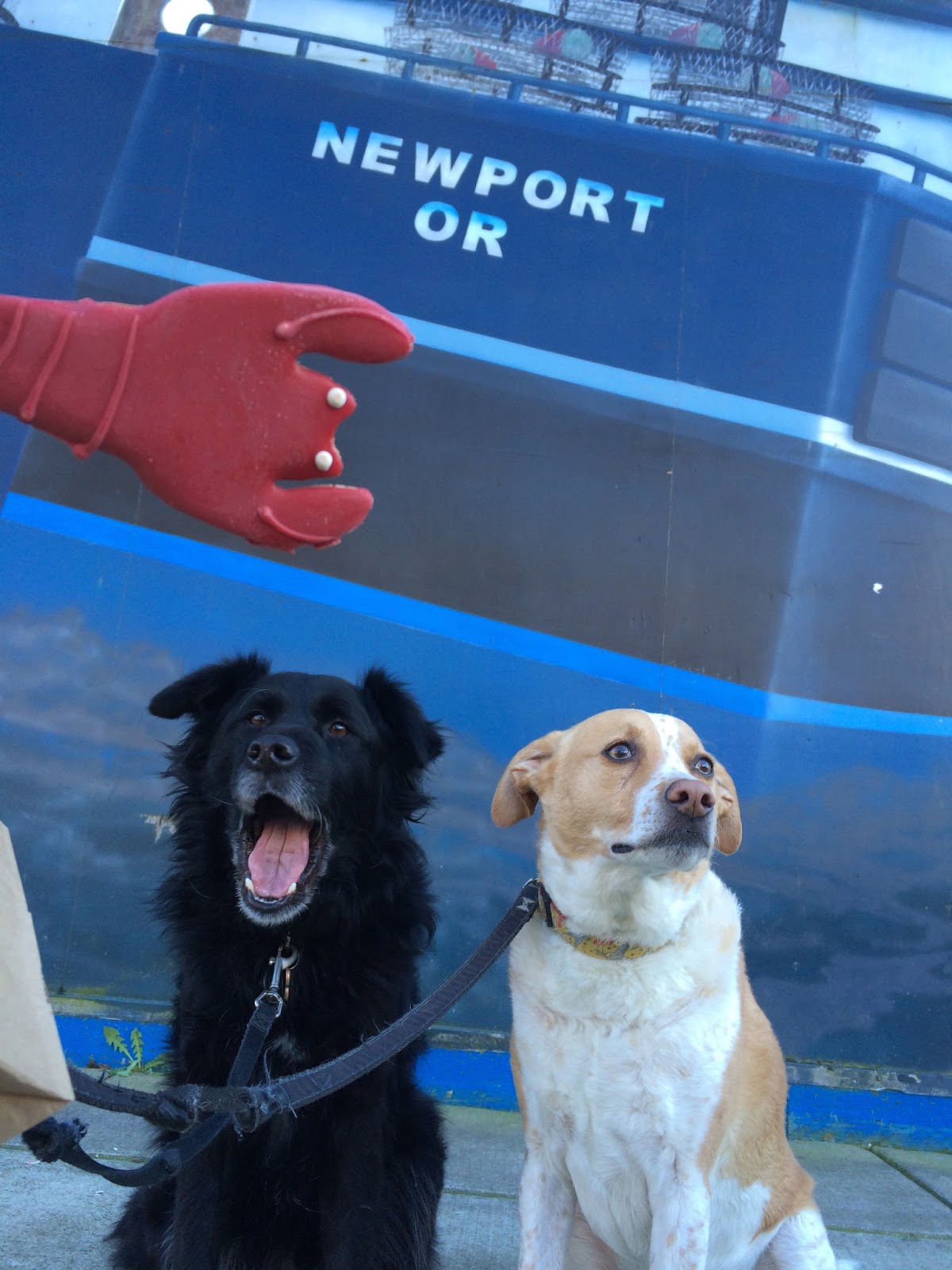 After lunch at the Savory Cafe in Nye Beach, we drove over to Yaquina Head to look for the reported Burrowing Owl.  Despite two attempts and tips from the ranger at the interpretive center, we could not find the damn bird.   A fellow from Salem and another local birder showed up, though no one was having luck.  The Salem guy seemed frustrated and asked if he could play the call.  I was kind of disgusted and just started walking away.  I'm not sure what the local guy replied, and I don't know if he ever actually played it.  I know, I should have said something myself, but I am a wuss sometimes. 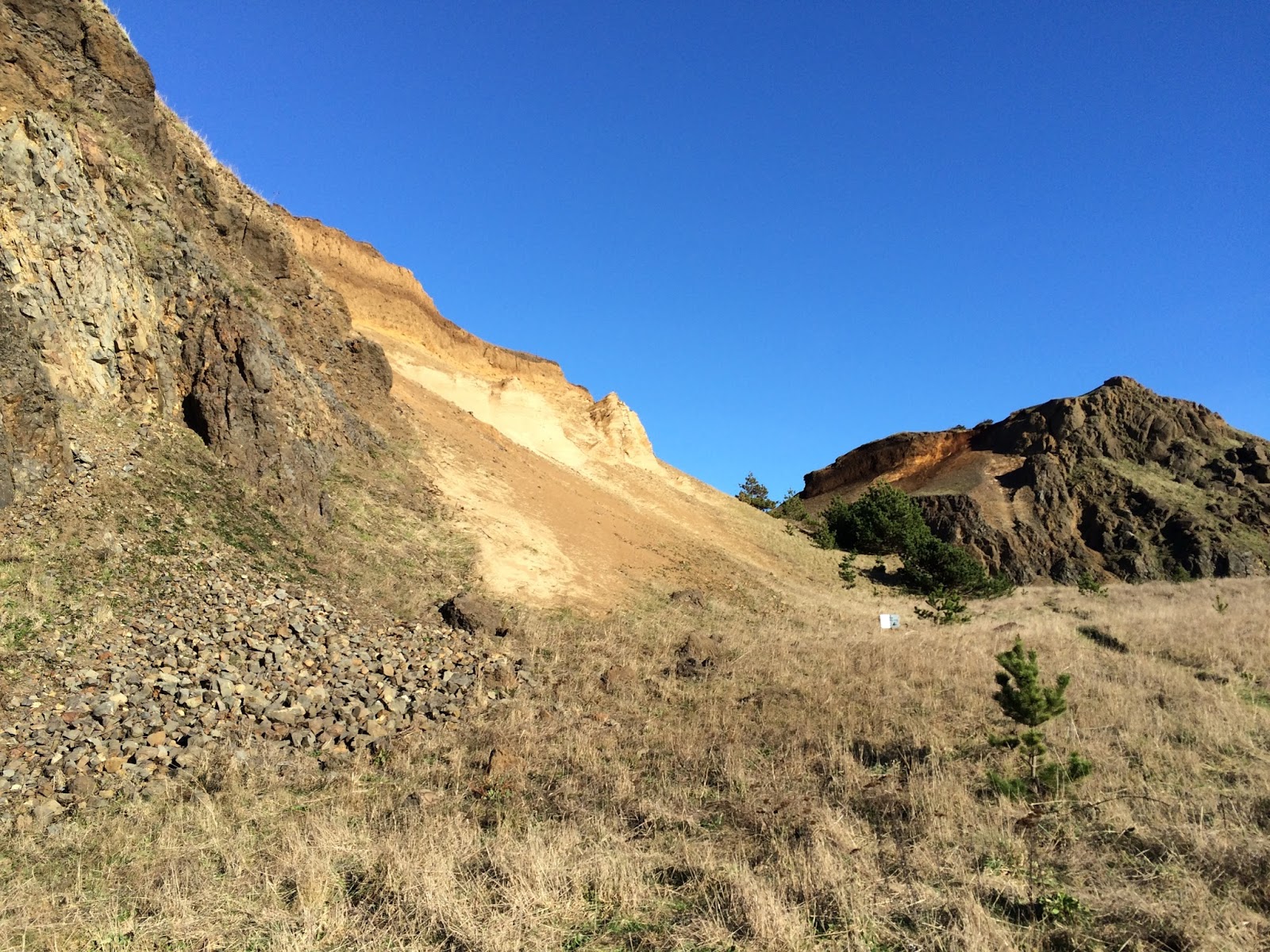 I haven't heard of anyone else looking for this owl and failing to find it, but oh well.  It happens, and I was not about to disturb it just so I could see it.  Salem guy seemed to be more of the mindset that since he drove all the way there, the bird owed it to him to be visible.  Ugh.

Despite the owl fail we had a good time exploring the rest of Yaquina Head.  The tidal pools were particularly awesome since we lucked into arriving just before low tide.  So many urchins and things! 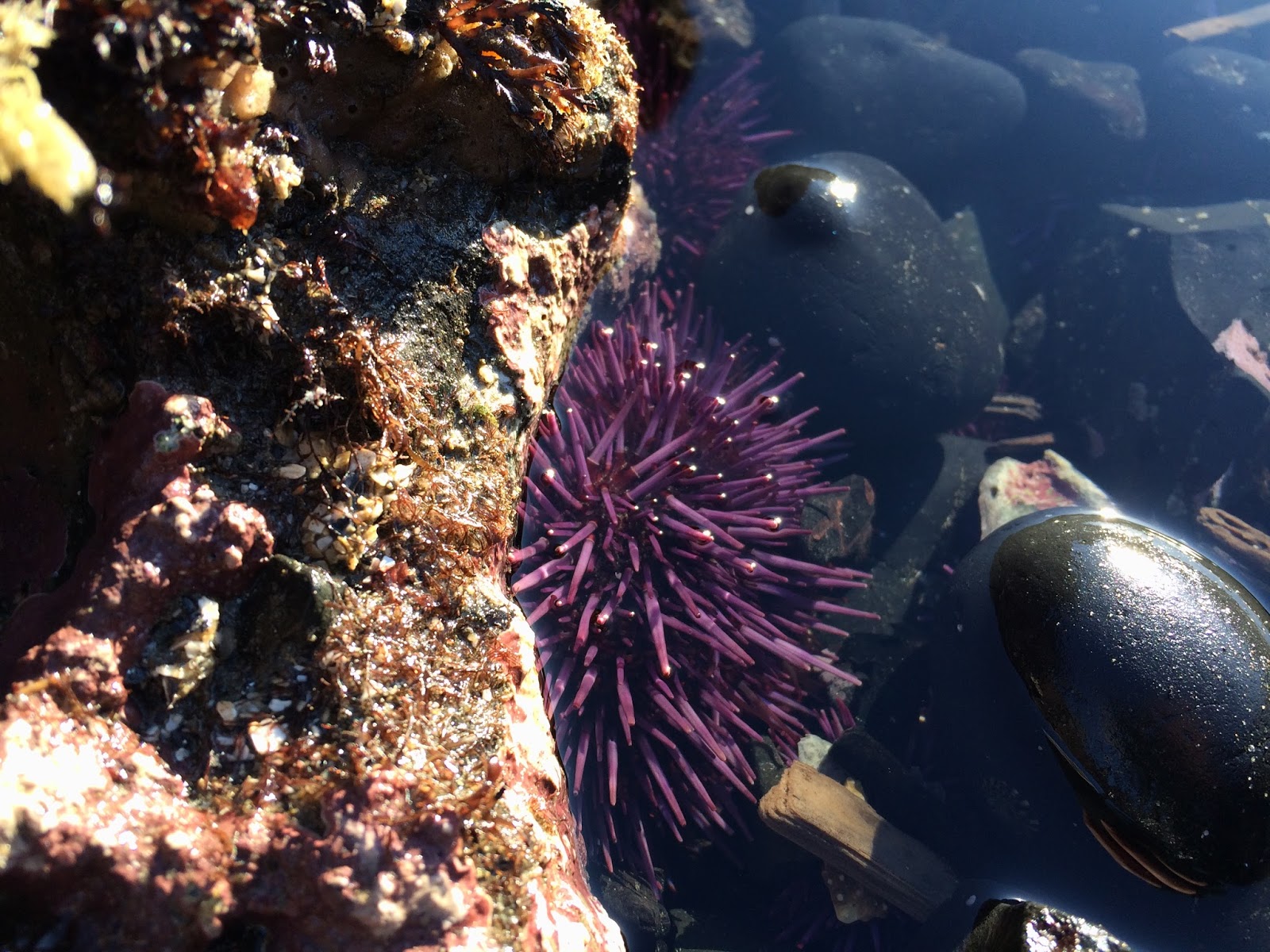 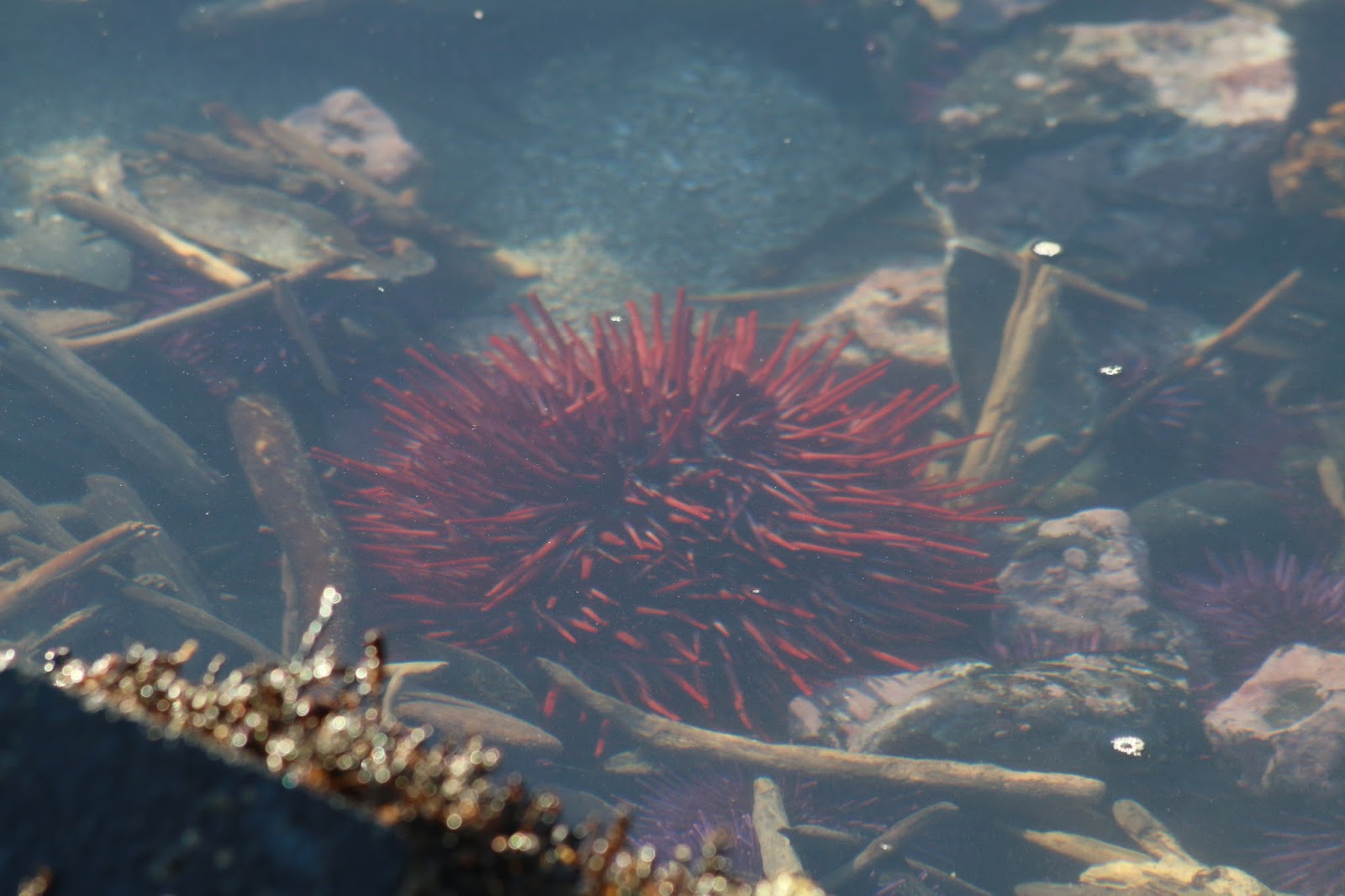 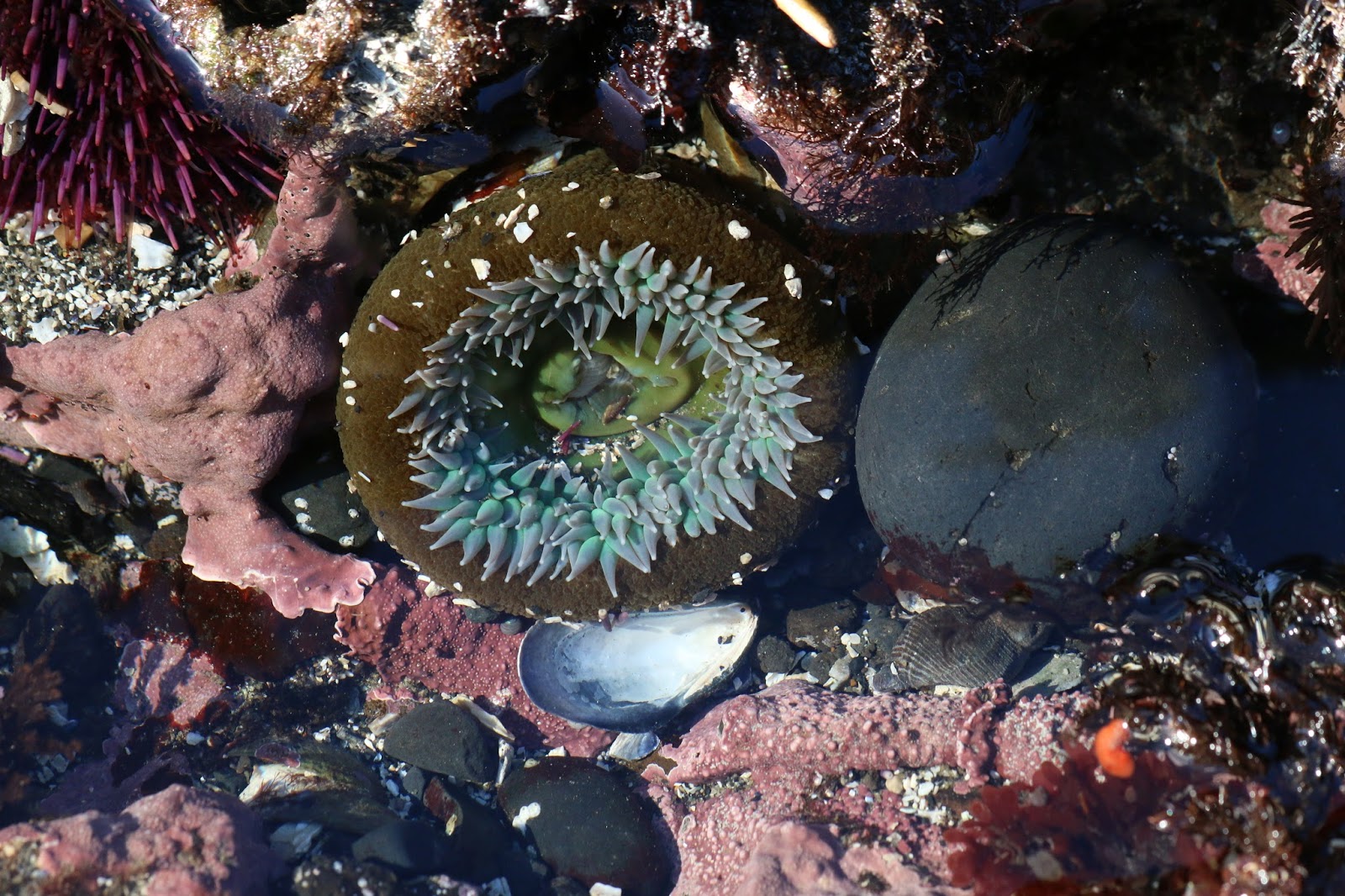 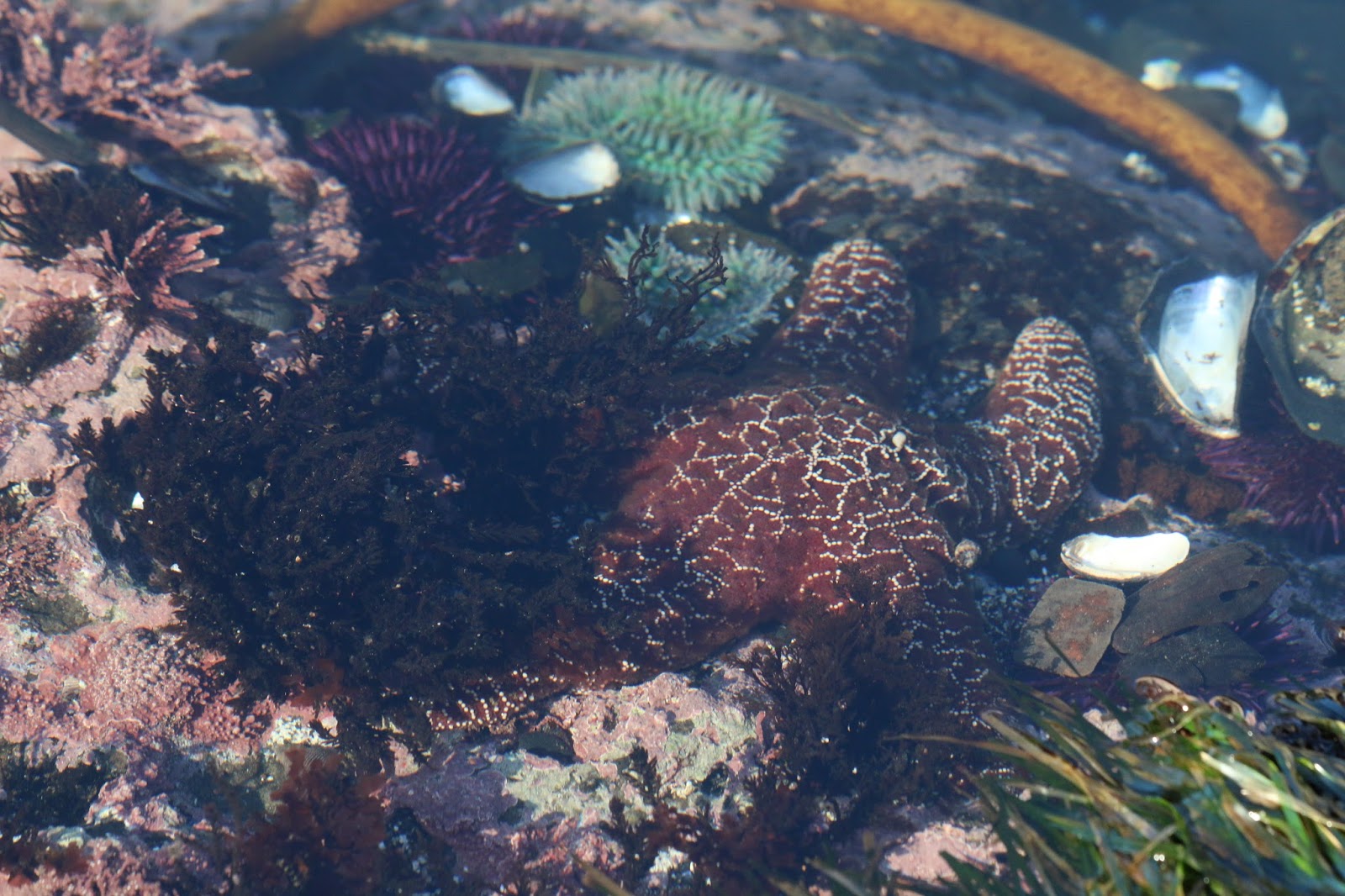 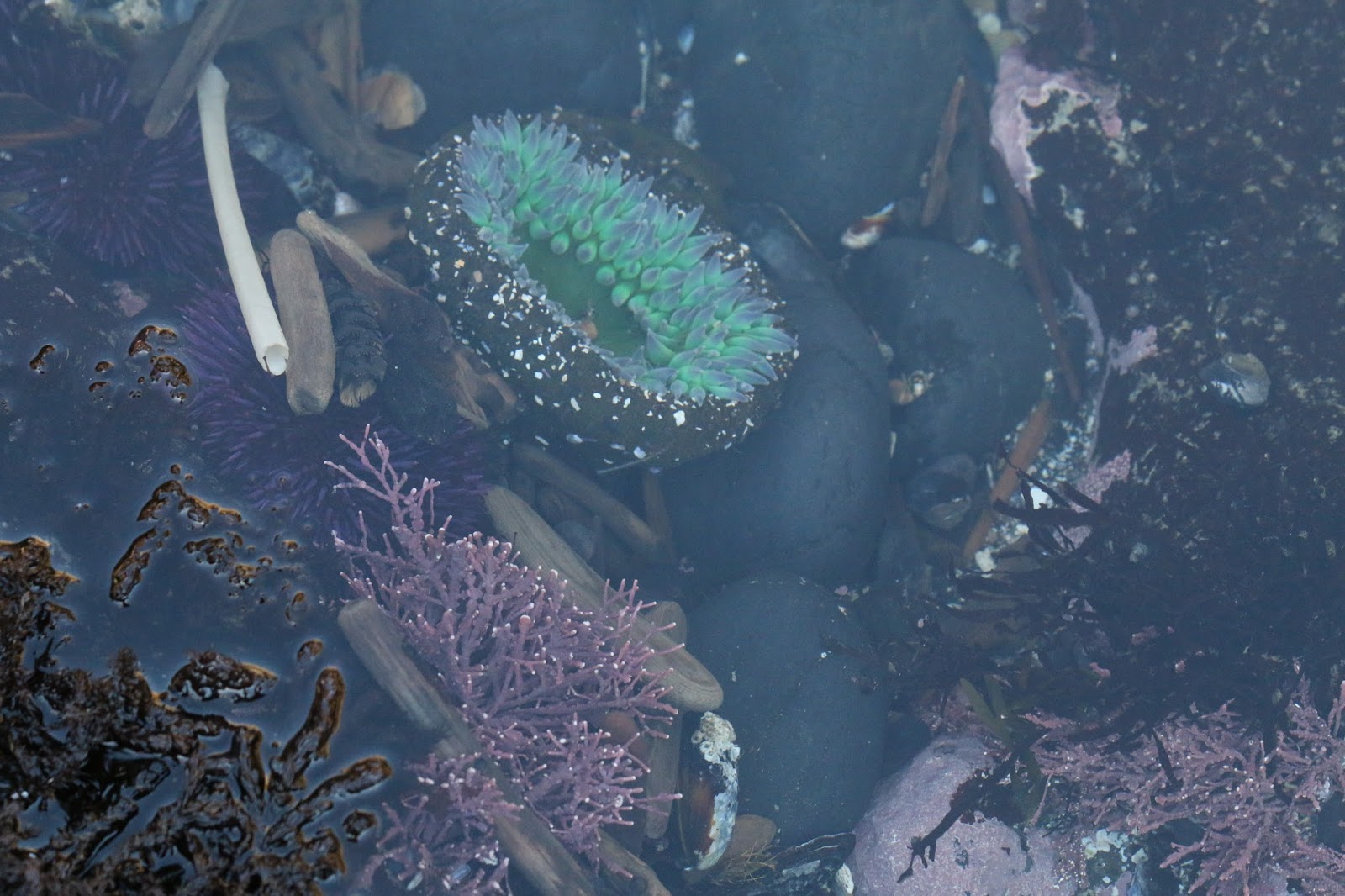