on January 07, 2015
Yesterday morning I was getting ready to head out for some birding when I read the report of a White-tailed Kite at Steigerwald.  Since I didn't really have a plan, this sounded like a good one.  It was chilly but not as foggy as Portland had been, and I found the kite quickly.  Unfortunately it was perched pretty far out on some low branches. 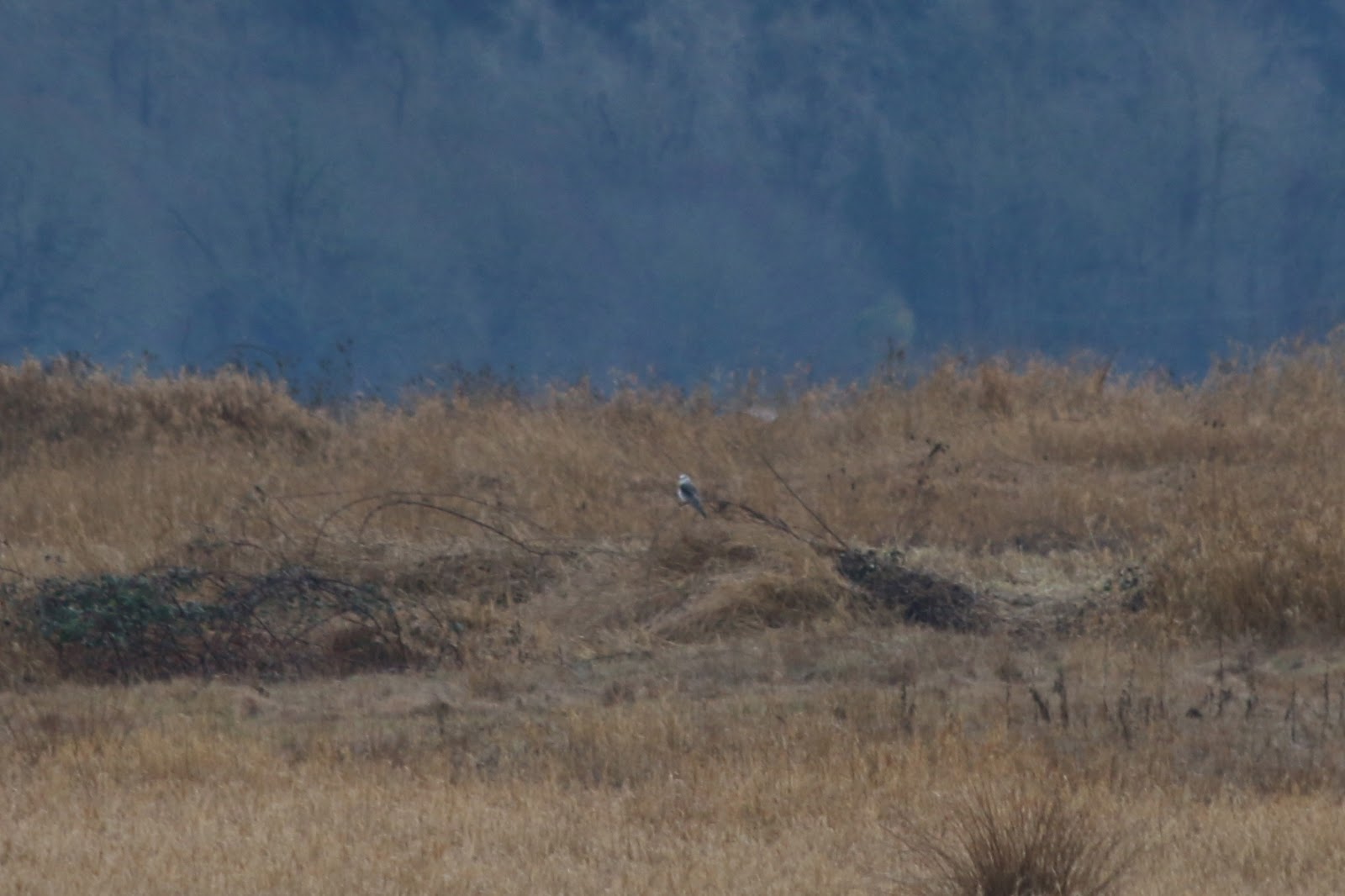 I walked up the trail thinking that I might be able to get closer and see it from the south.  Here's an even heavier crop of a terrible photo: 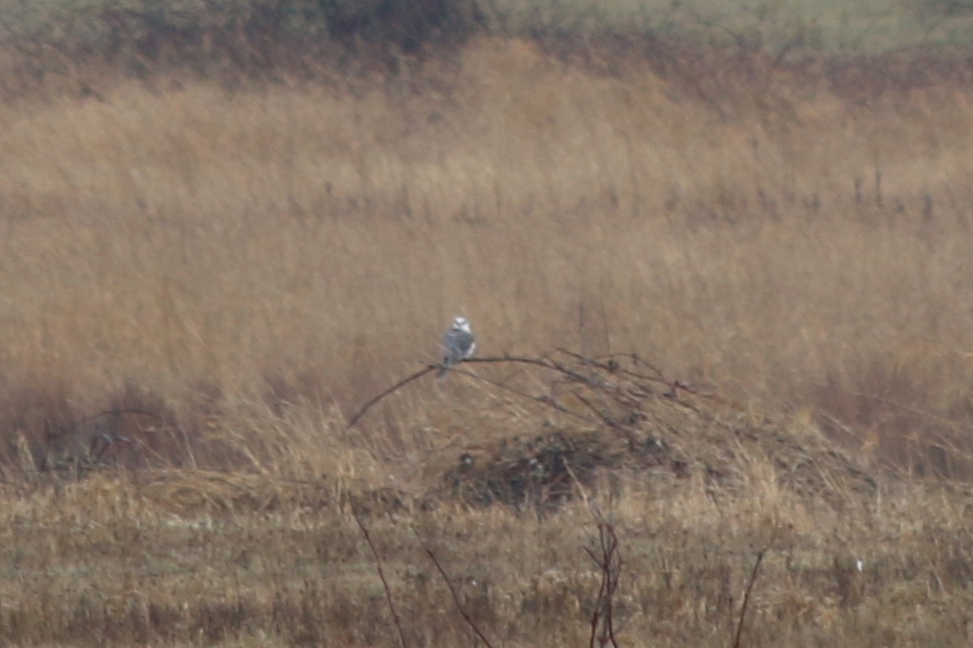 Oh well, still cool to see one in Washington!  I ran into Wilson Cady later on my way out and he mentioned this was the first one seen at Steigerwald in six or seven years, and that they are increasingly hard to come by in Washington in general.

With the kite found so quickly, I had plenty of time to explore the rest of the refuge.  Western Meadowlarks spooked from a field as I walked the trail. 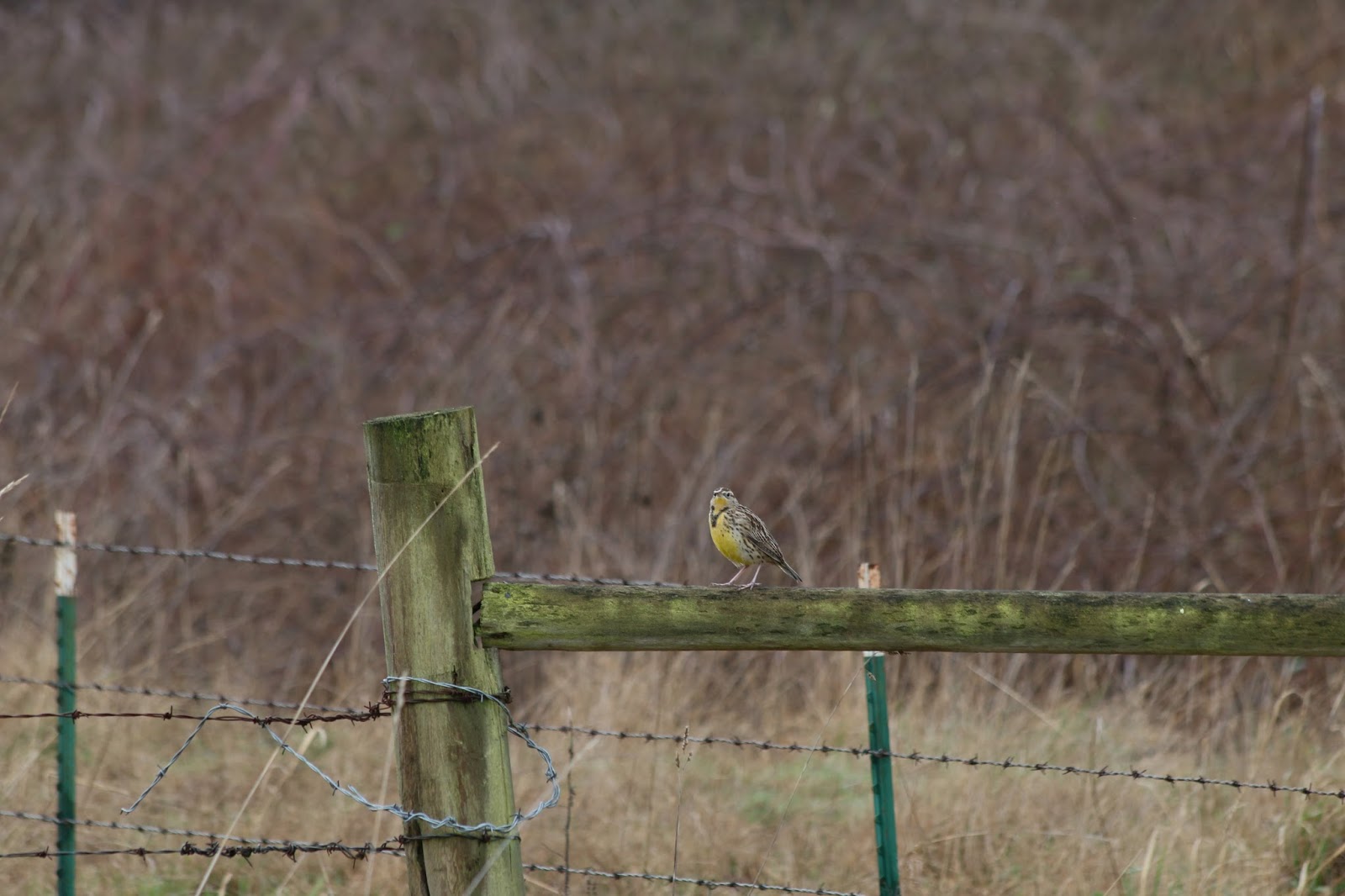 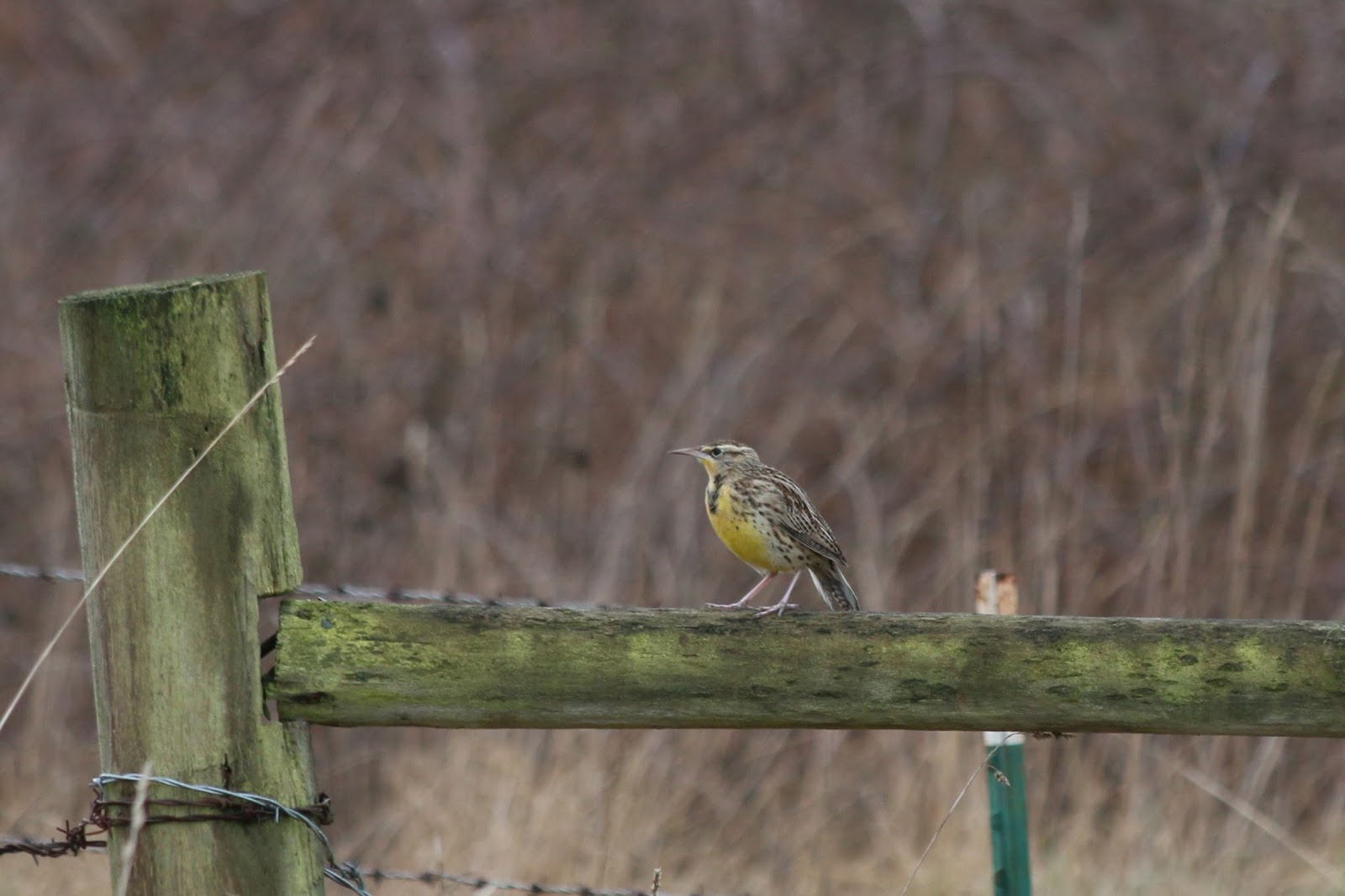 I walked out to the dike trail, then followed it to the dead end.  A pair of Hairy Woodpeckers were battling conspicuously in the cottonwoods, pausing for breathers every once in awhile. 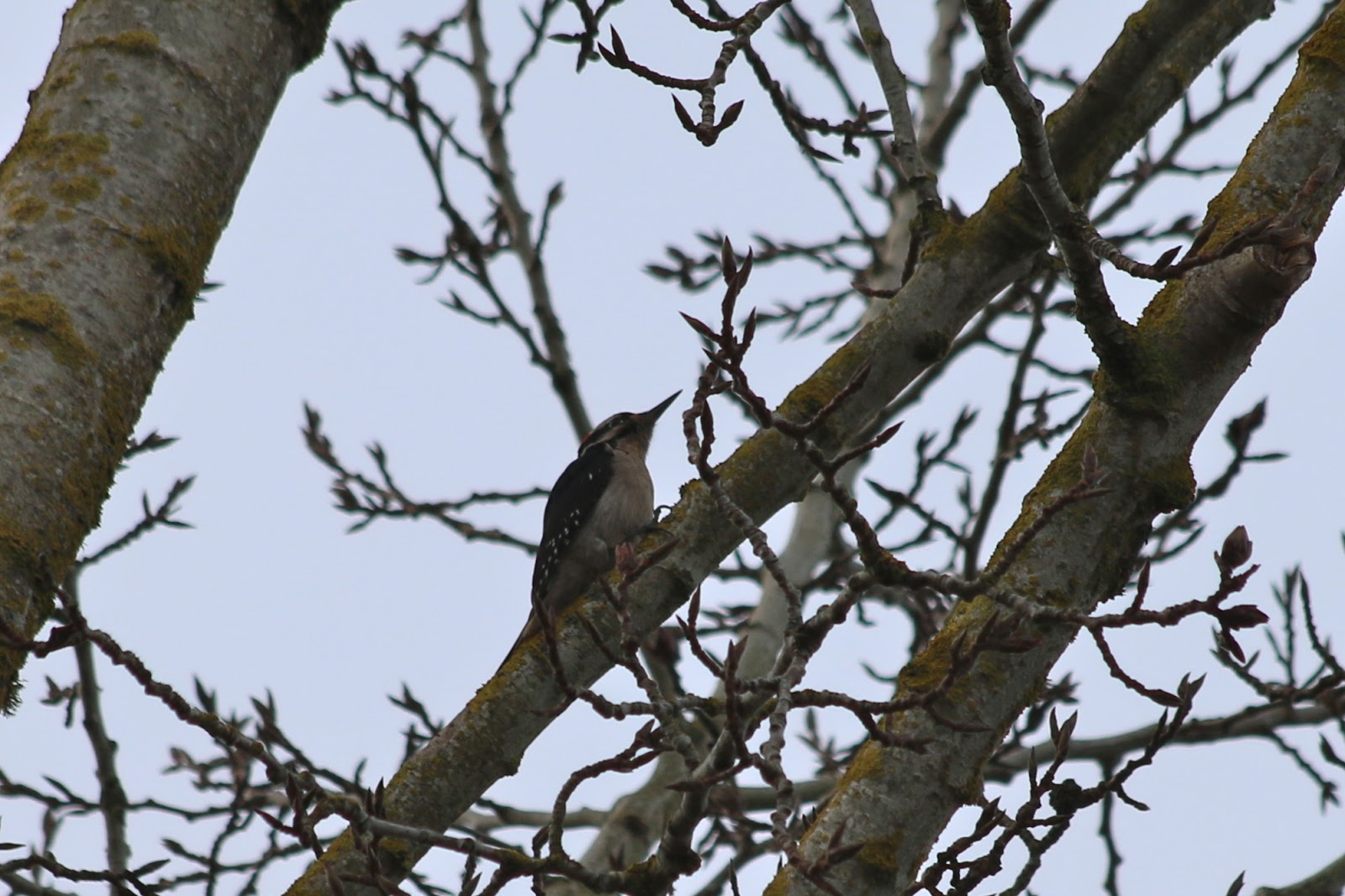 Up ahead on the trail a kestrel was perched on a refuge sign.  I kept getting closer on the trail and the bird kept not moving.  It got to the point where I actually stood still for thirty seconds and debated the possibility of the bird not being real.  Because sometimes the bird is not real: 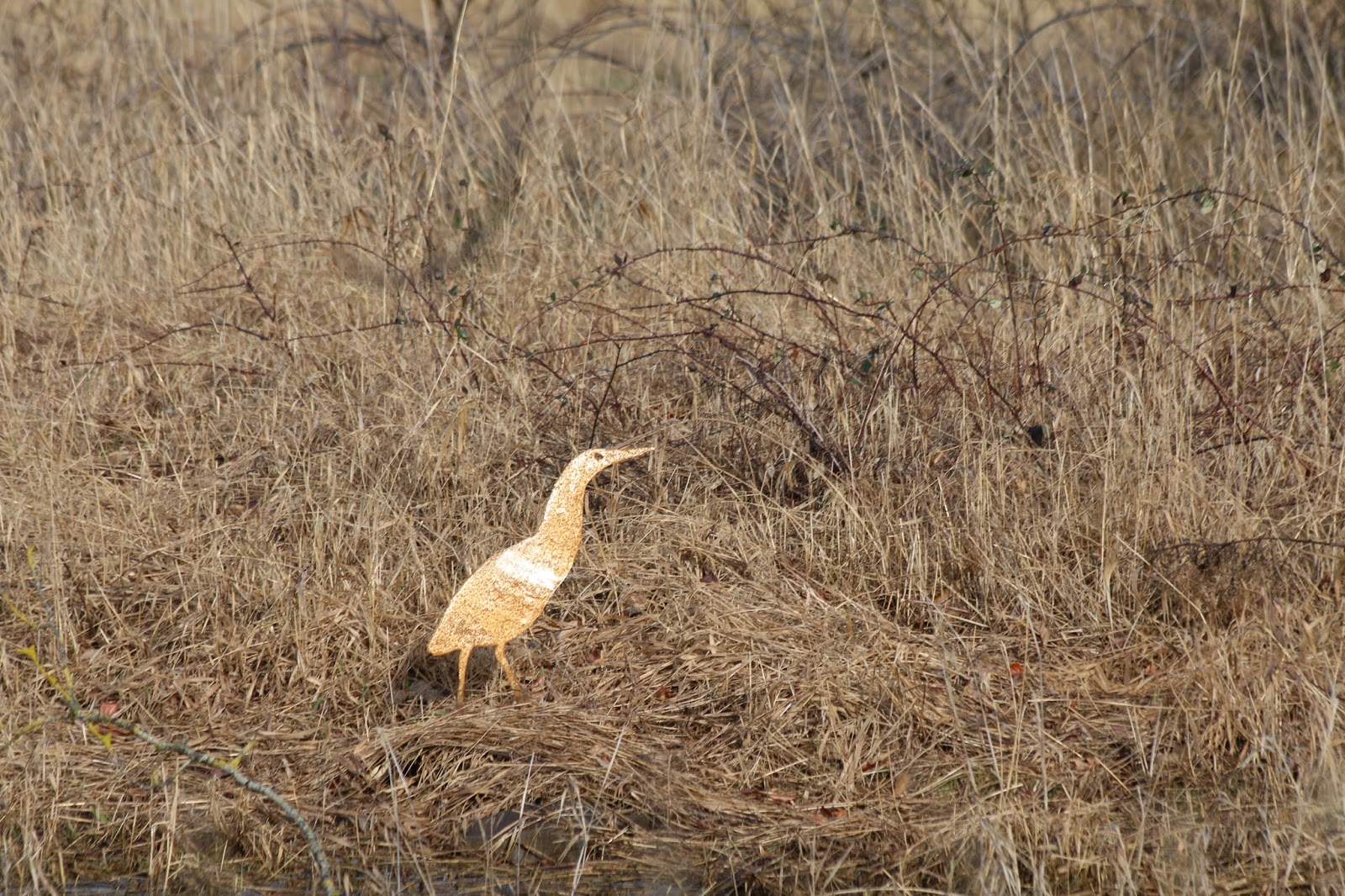 But in this case, the kestrel was in fact real.  He turned his head to give me the coyest, cutest, most ridiculous little kestrel face EVER.  And my new blog header. 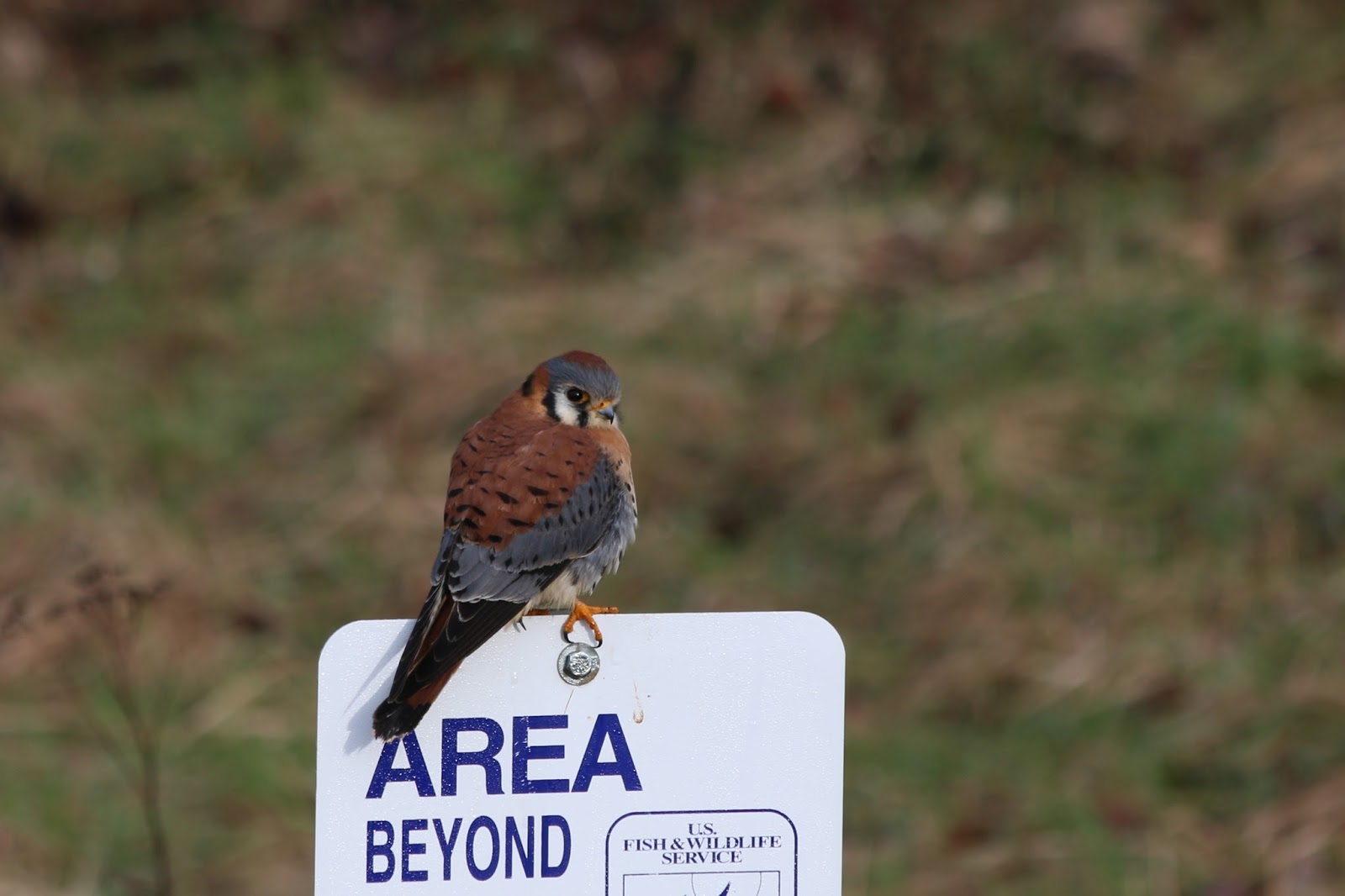 Hot damn. I still can't believe I took this picture.  And the kestrel fun did not end there.  As I made my way east along the dike trail, this gentleman's lady friend followed me.  She flew up and landed on the fence post closest to me, as if on purpose. 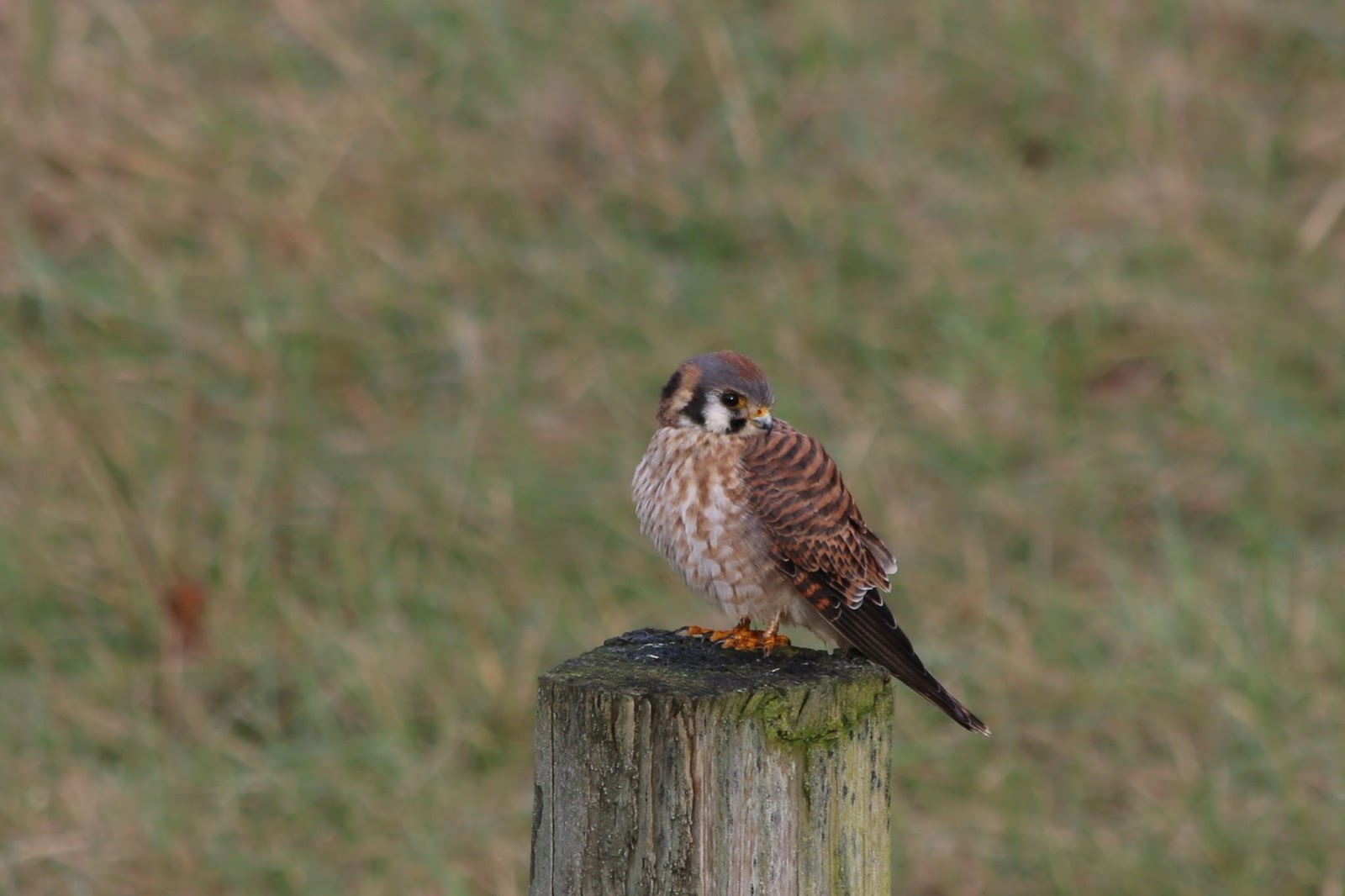 On the walk back I passed one of the signs with a big rusty bird on top, and a male kestrel flew in and perched on top of the bird. 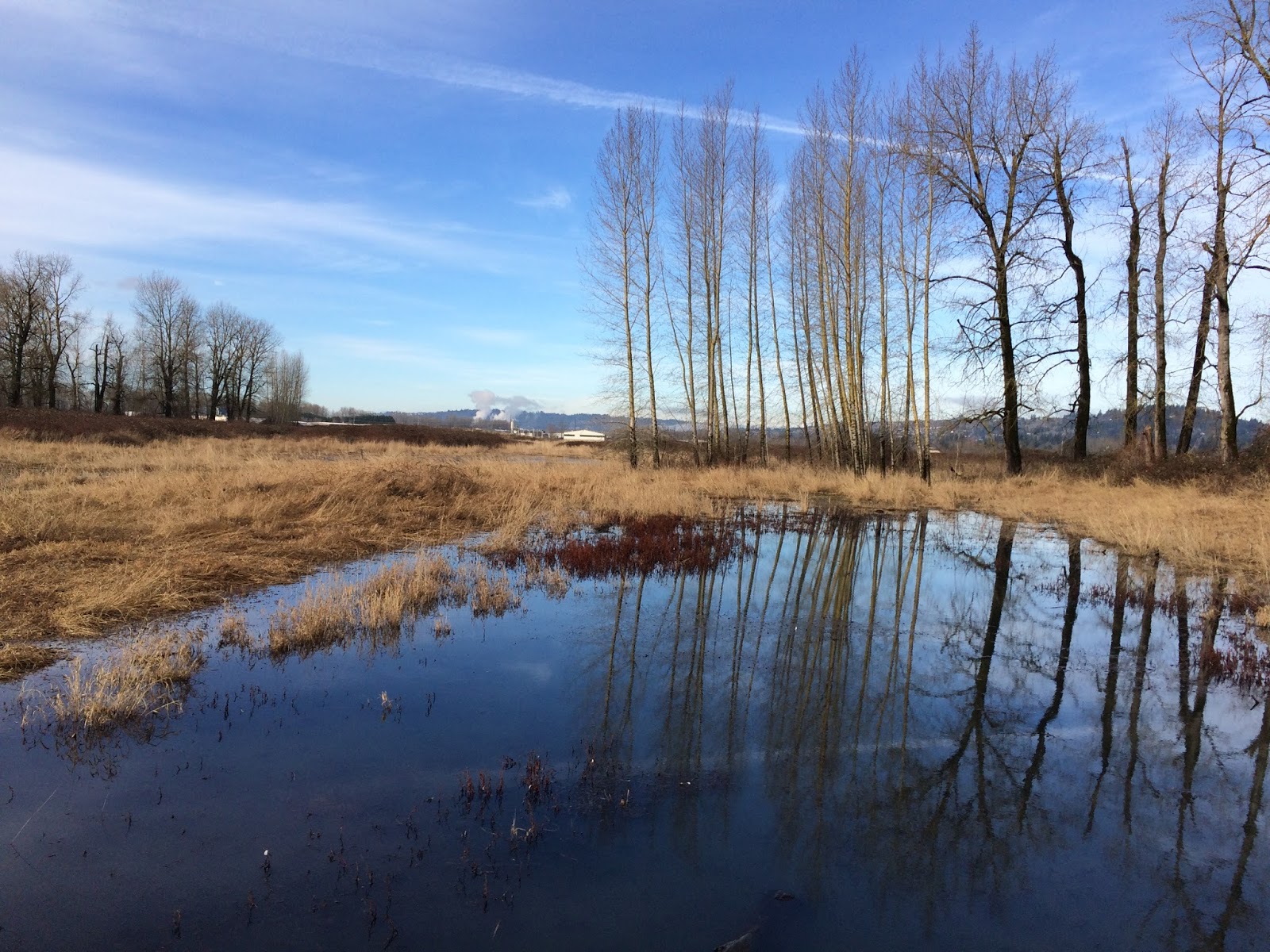 Hooded Merganser ladies were having a dance-off in the slough. 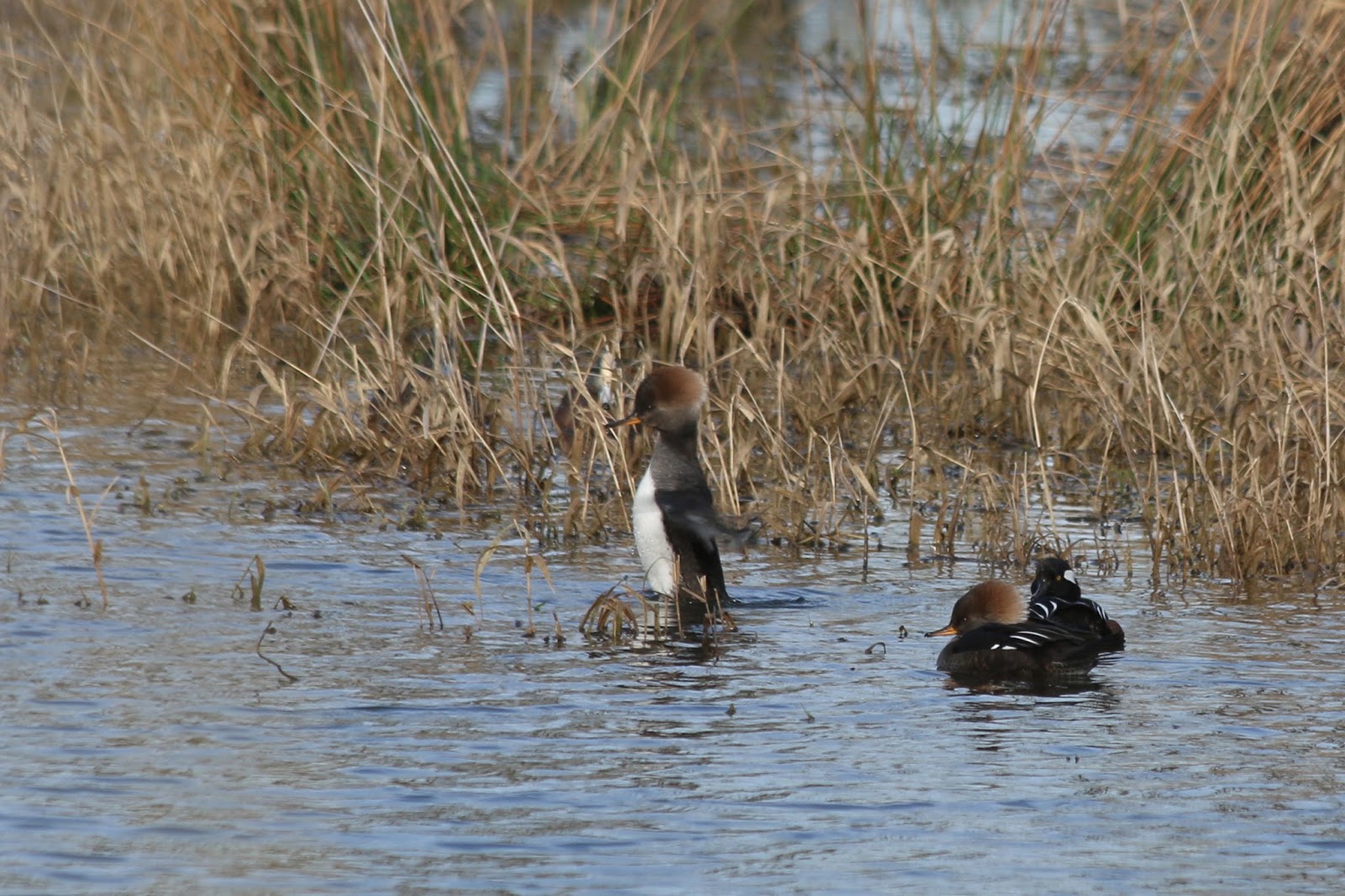 Pileated Woodpeckers had been calling from all directions while I was at the refuge, but I only saw one towards the end of my walk. 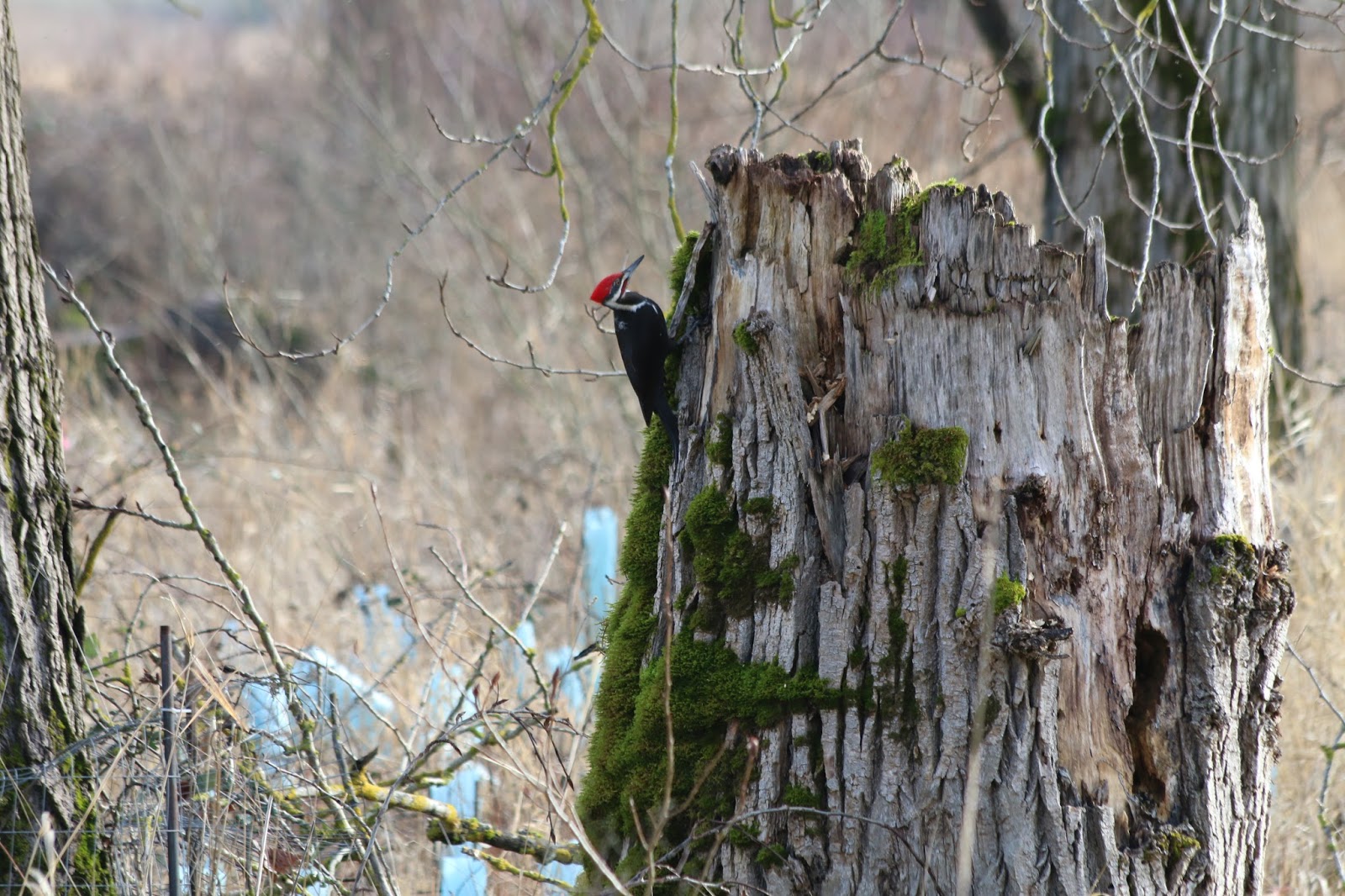 A pack of Tundra Swans flew overhead around this time... 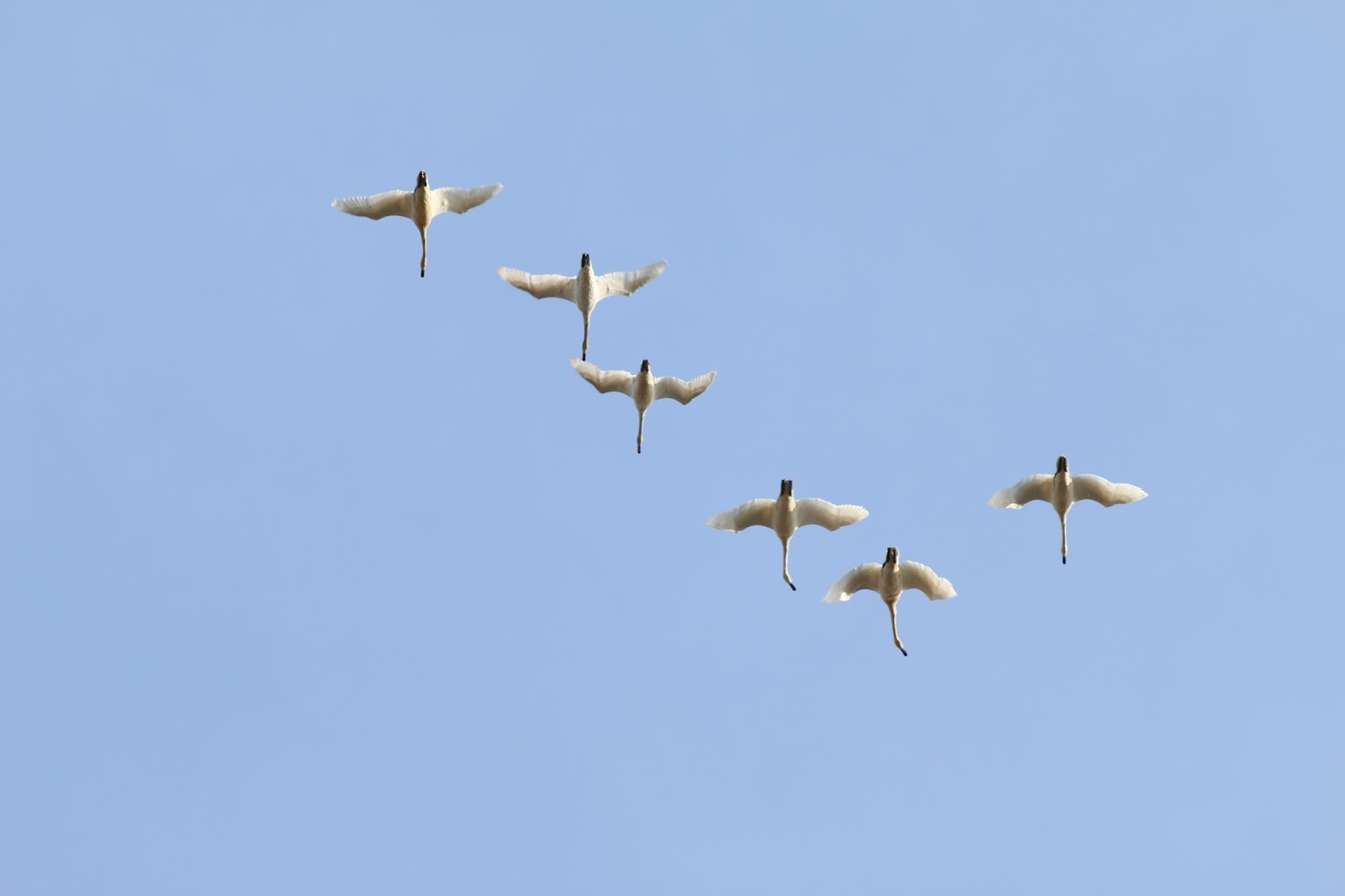 I didn't see the kite again as I walked back, but this harrier was working on her coy face.  Or scratching her neck. 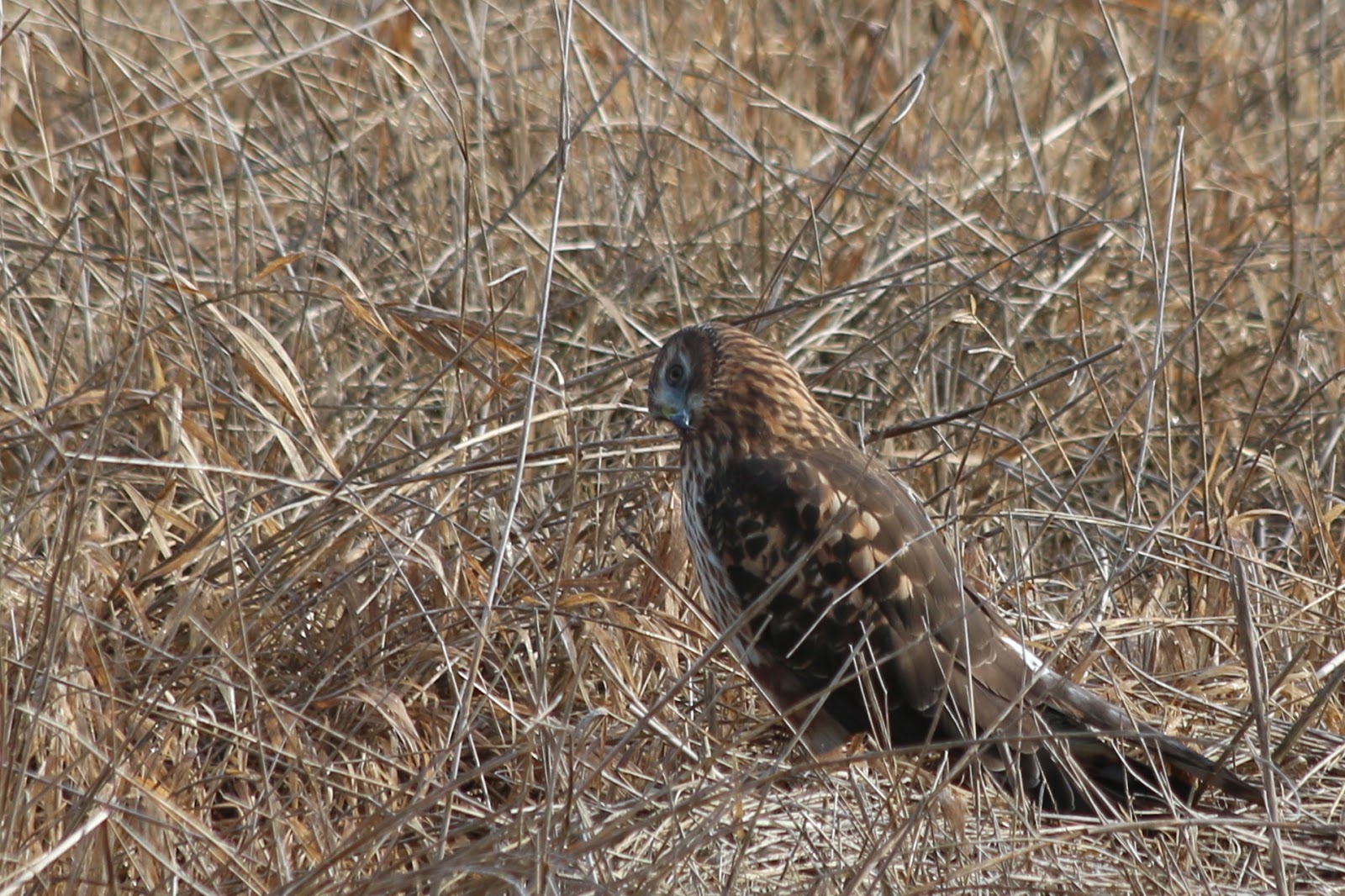 I ran into my friend on the way out, who pointed out this Red-shouldered Hawk perched right by the parking lot: 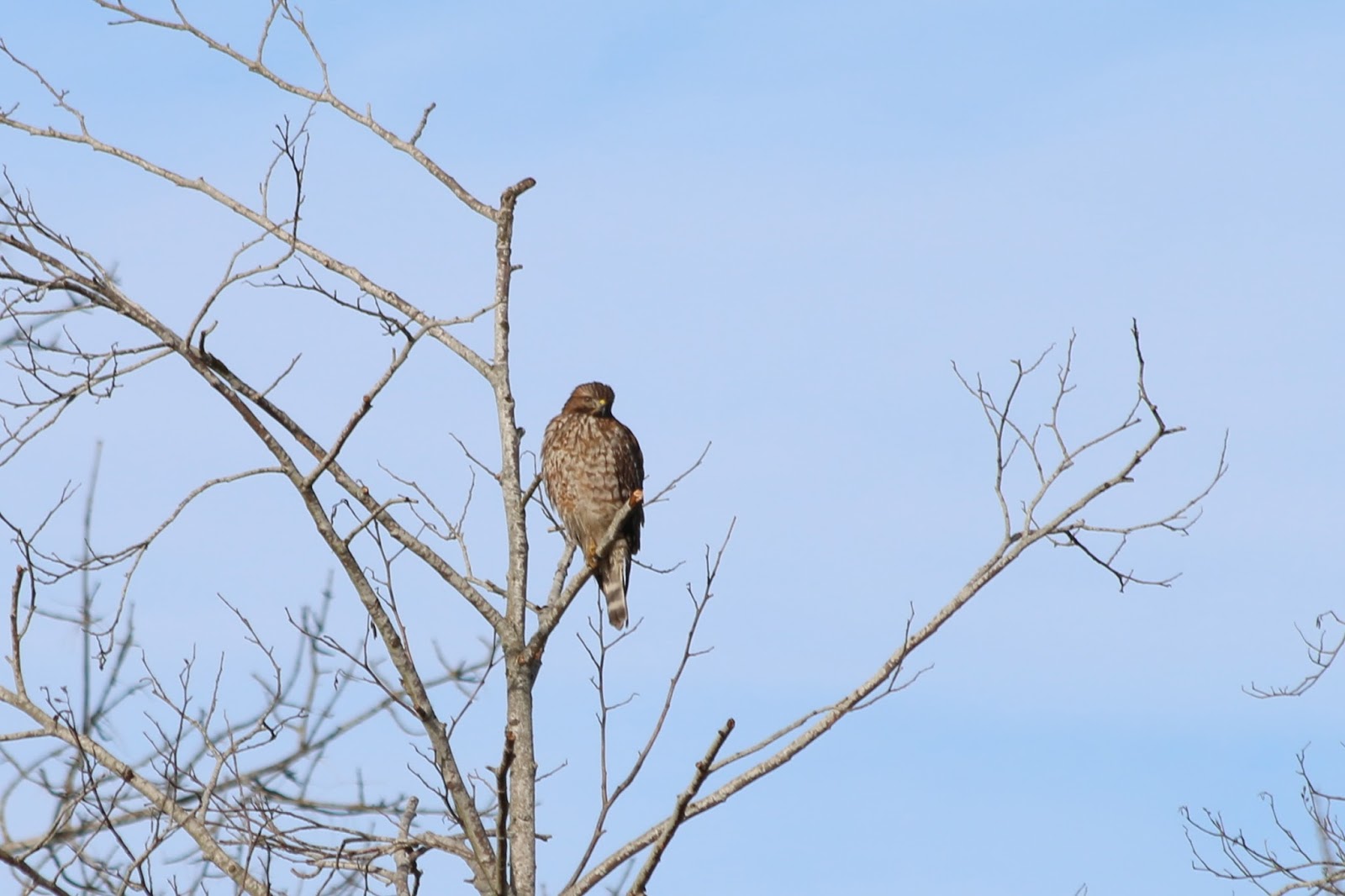 Have I told you that two of my friends did a county big year last year?  This friend I ran into at Steigerwald and my friend Michele kicked some major ass in Oregon's Washington County.  Check out the recap here.