28th Street Wetlands was not a place I had planned to bird.  My first day in Florida I was driving from my Super 8 to meet my brother and sister-in-law for dinner in downtown St. Pete's when something caught my eye on the side of the road.  Something pink.  A U-turn across four lanes of traffic resulted in my first Roseate Spoonbill. 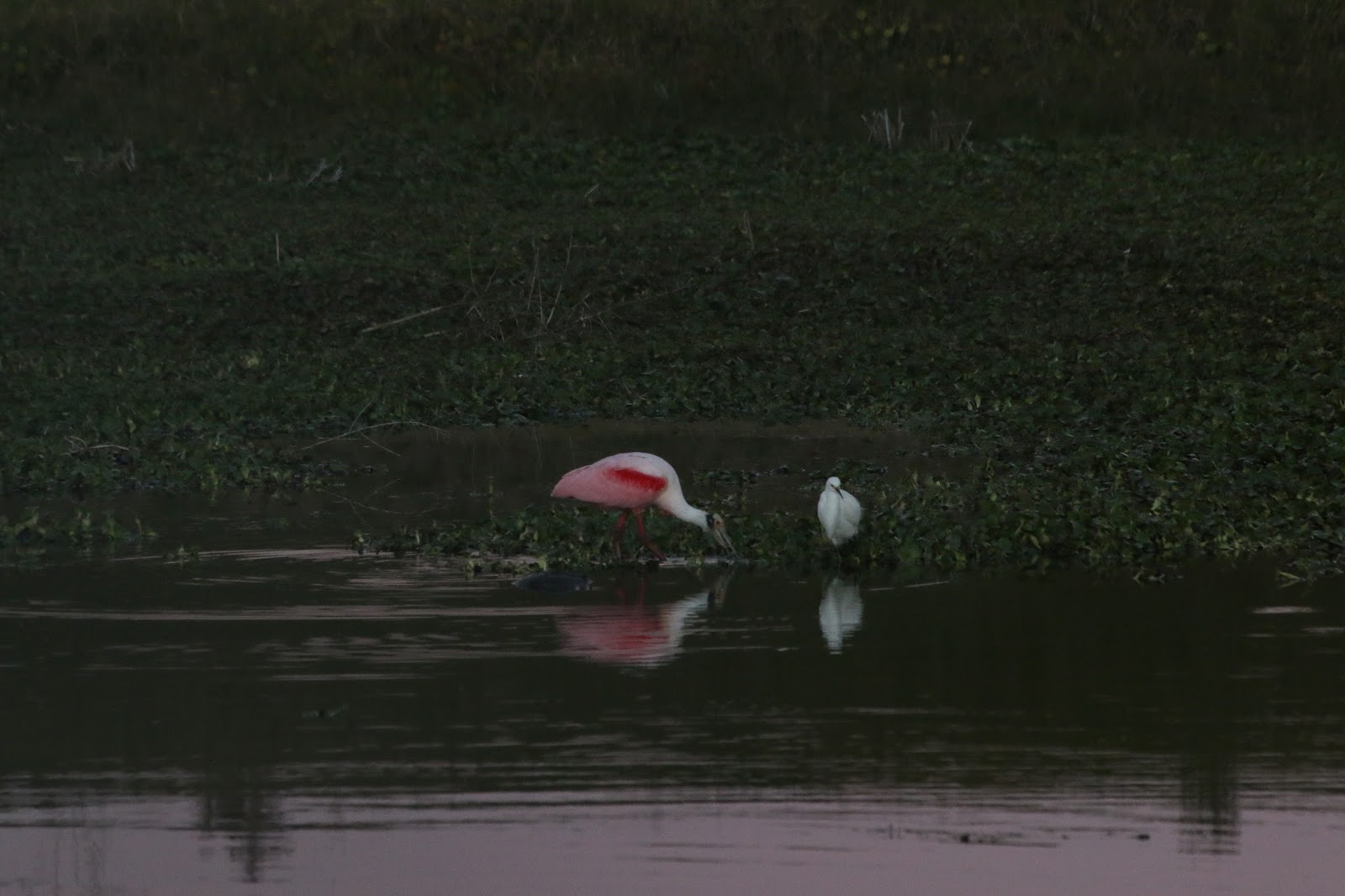 I was so excited but it was getting dark and I was late for dinner, so I eventually forced myself back in the car.  I went to put it in eBird and learned the spot was called 28th St Wetlands.

You might imagine where I went as soon as the sky began to lighten the next morning... 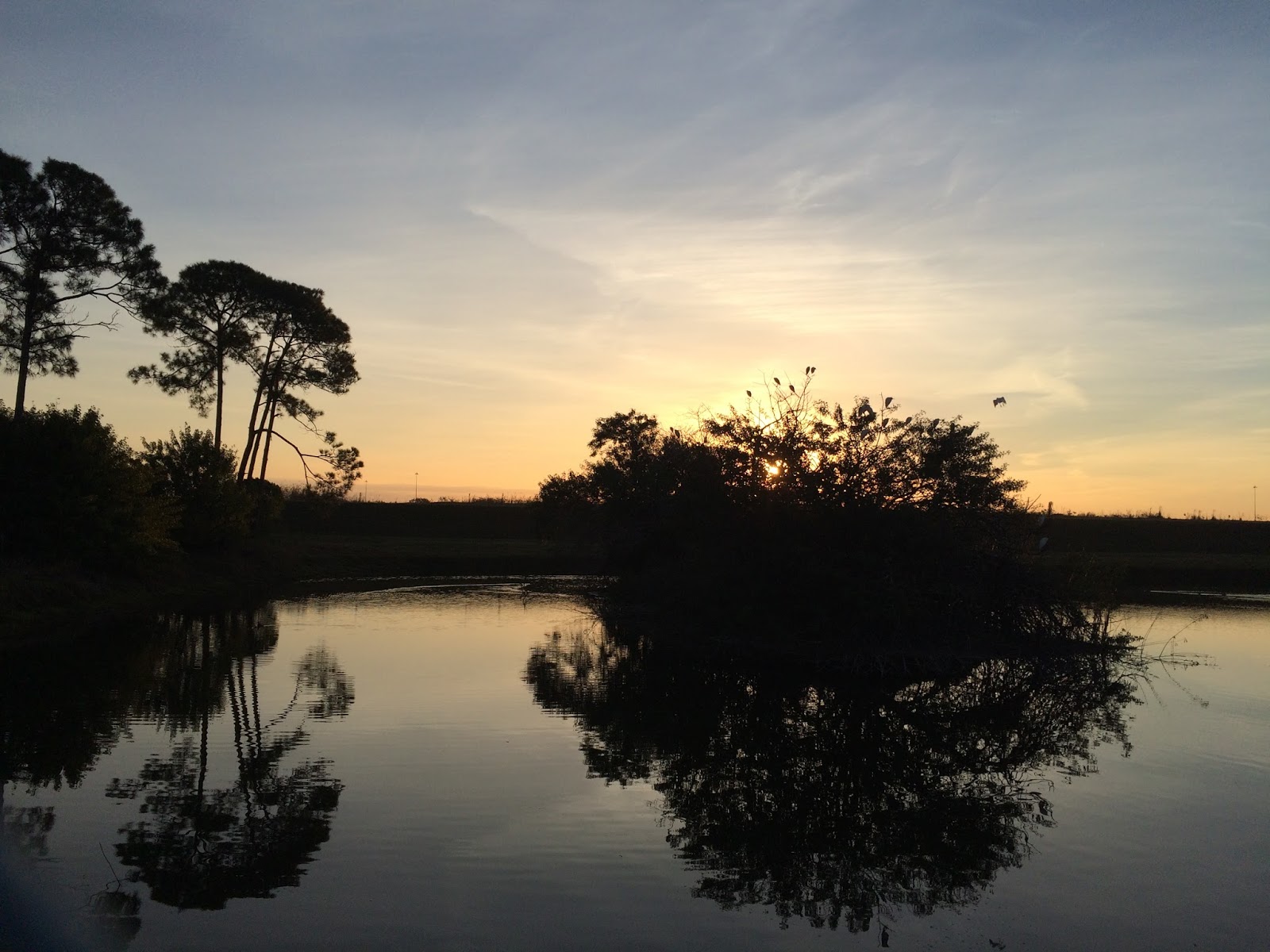 When I arrived, Boat-tailed Grackles were gathering on the power lines, taking turns bathing and being loud. 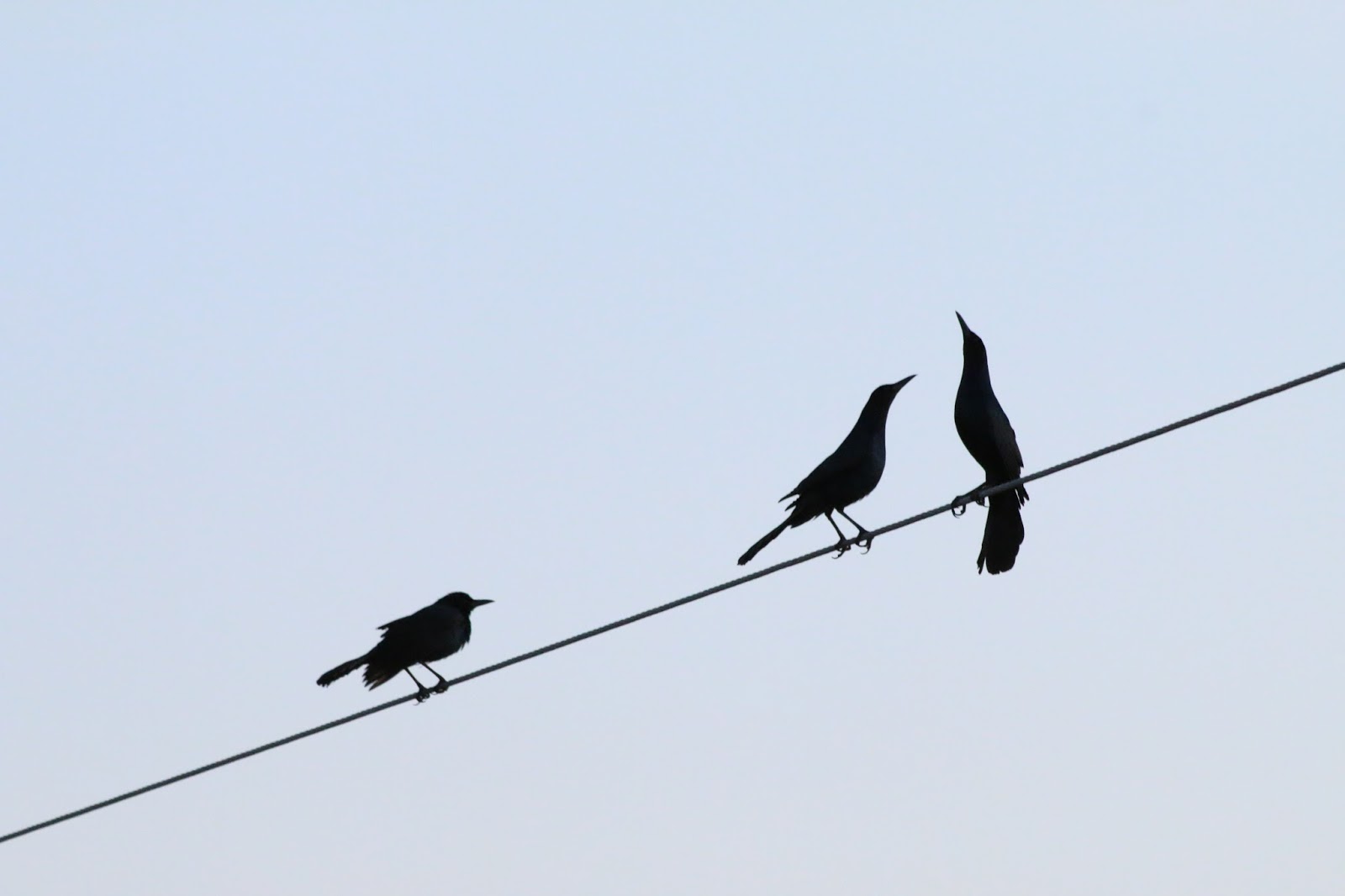 Dozens of Cattle Egrets were roosting in trees in the middle of the wetlands. 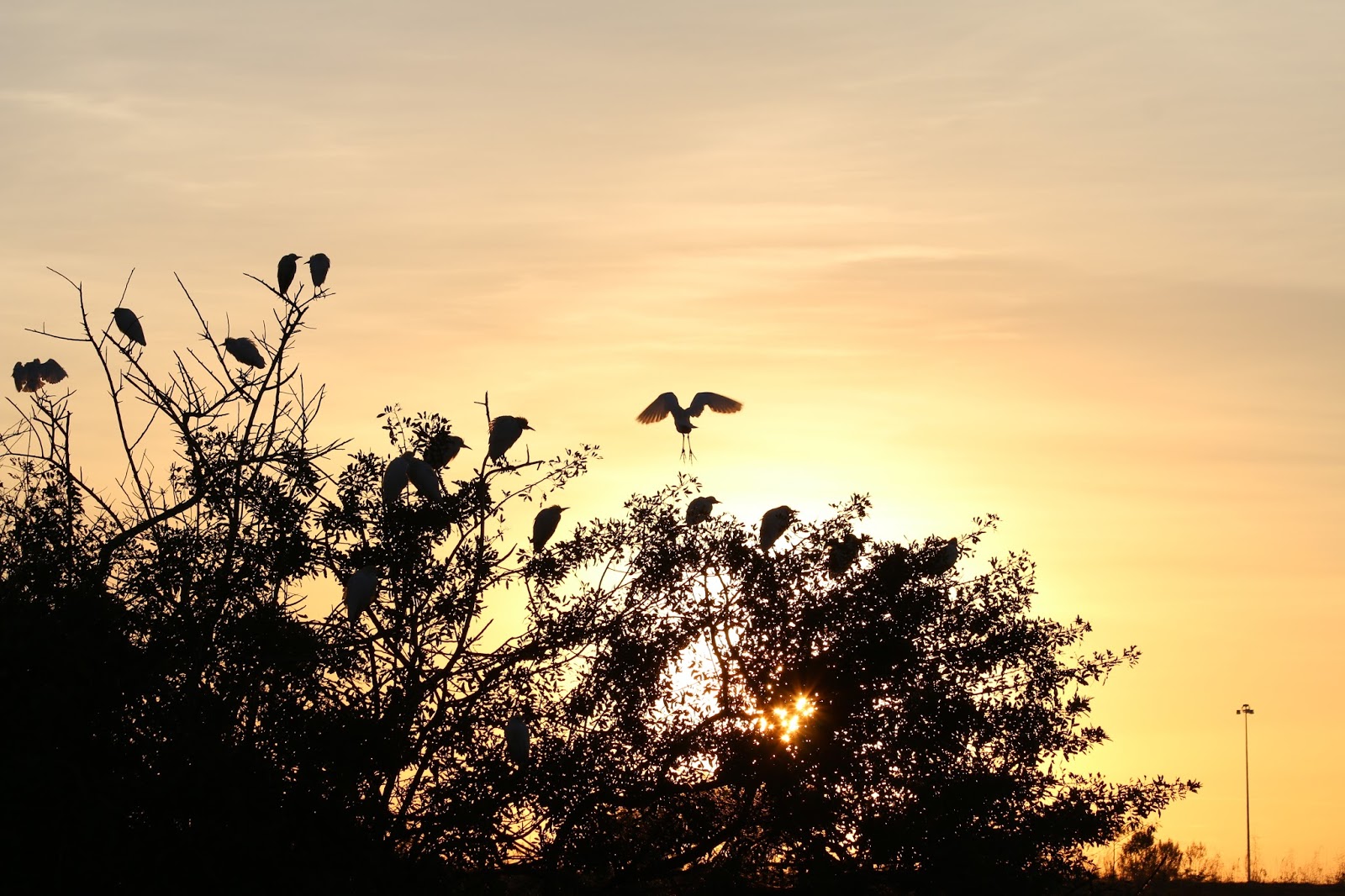 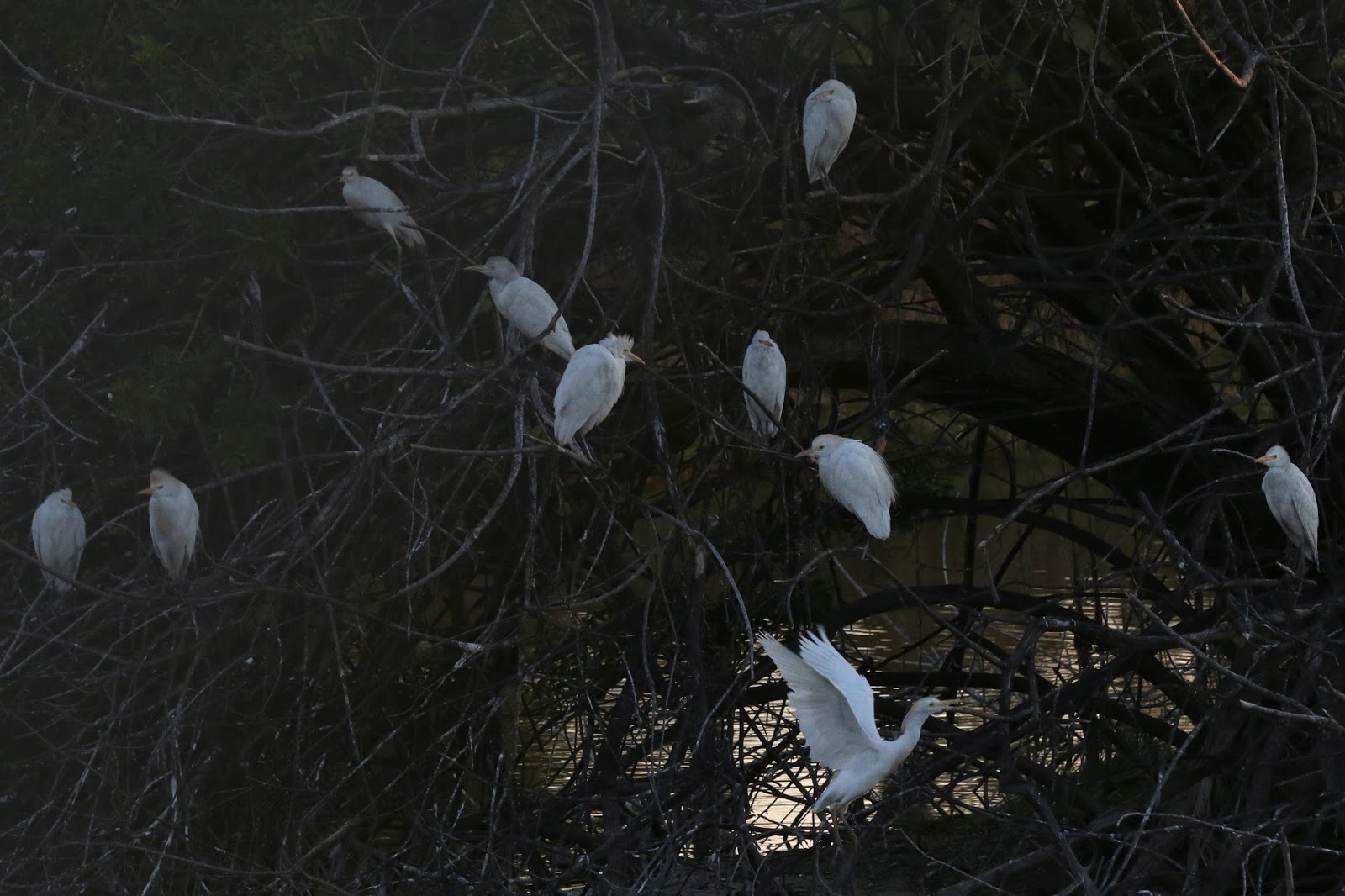 A Tricolored Heron that initially seemed upset with my presence at the wetlands decided I was alright and flew back to where I was standing. 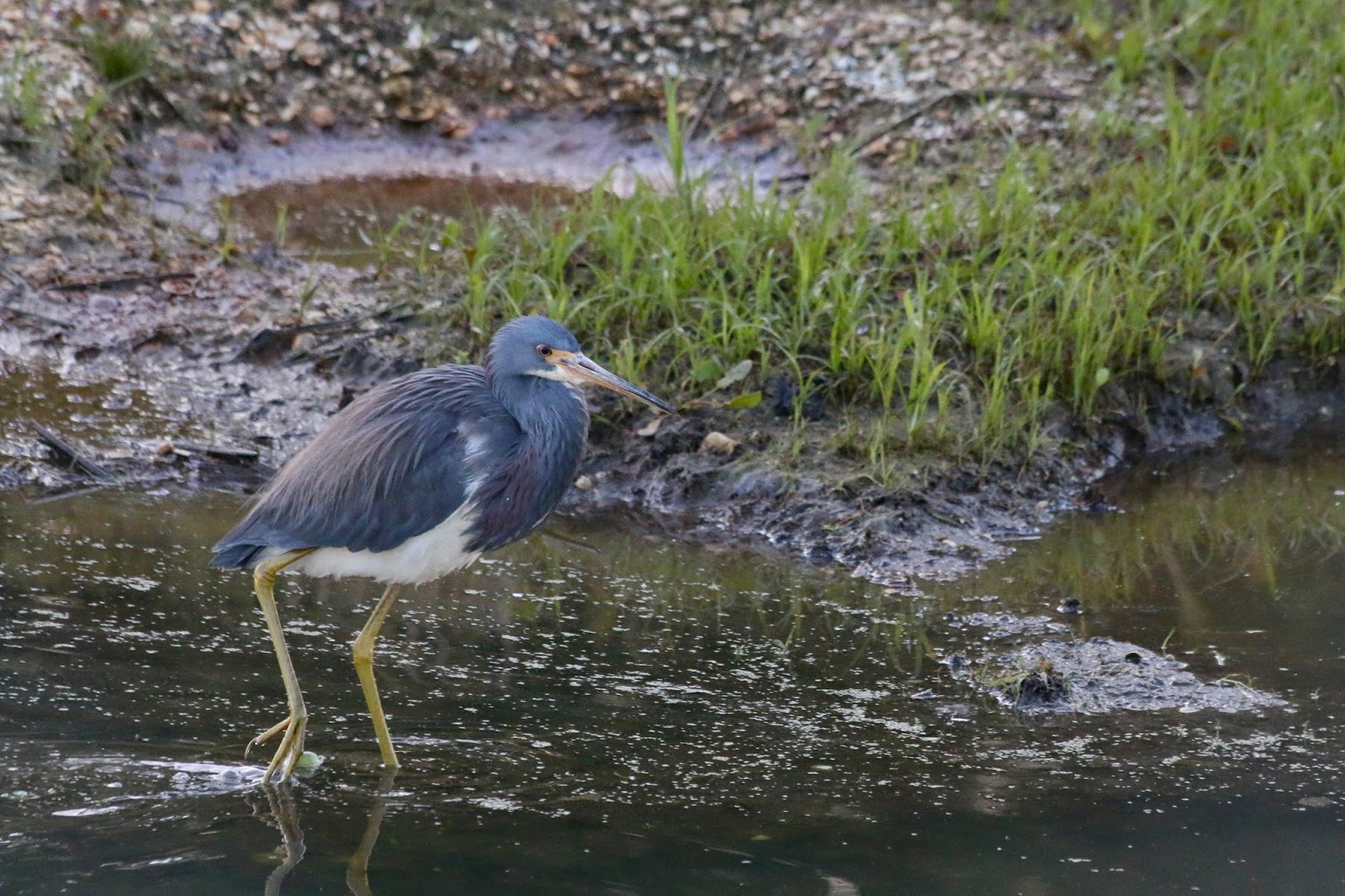 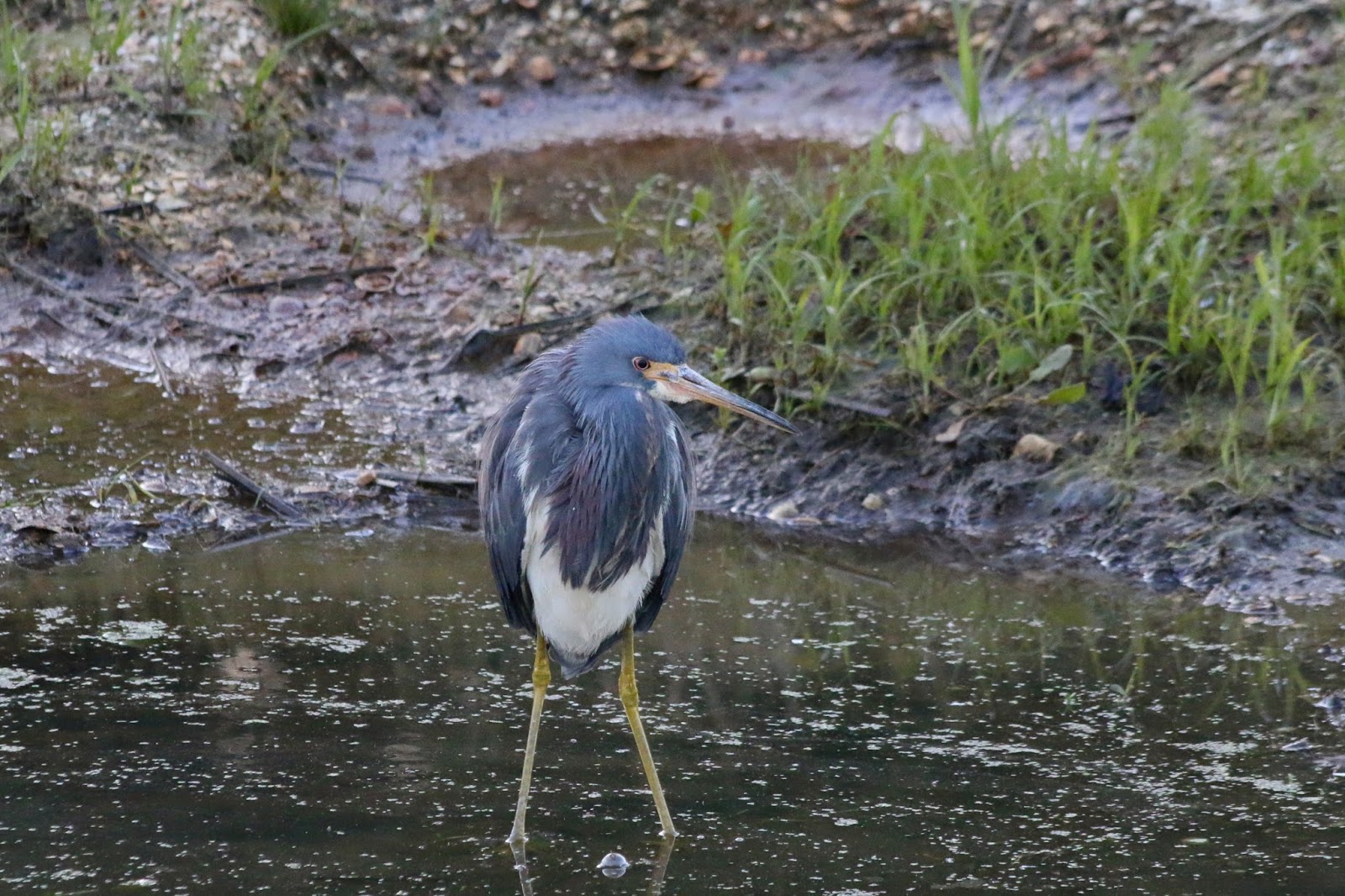 I walked over to where I had seen the spoonbill and sure enough there were a couple around. 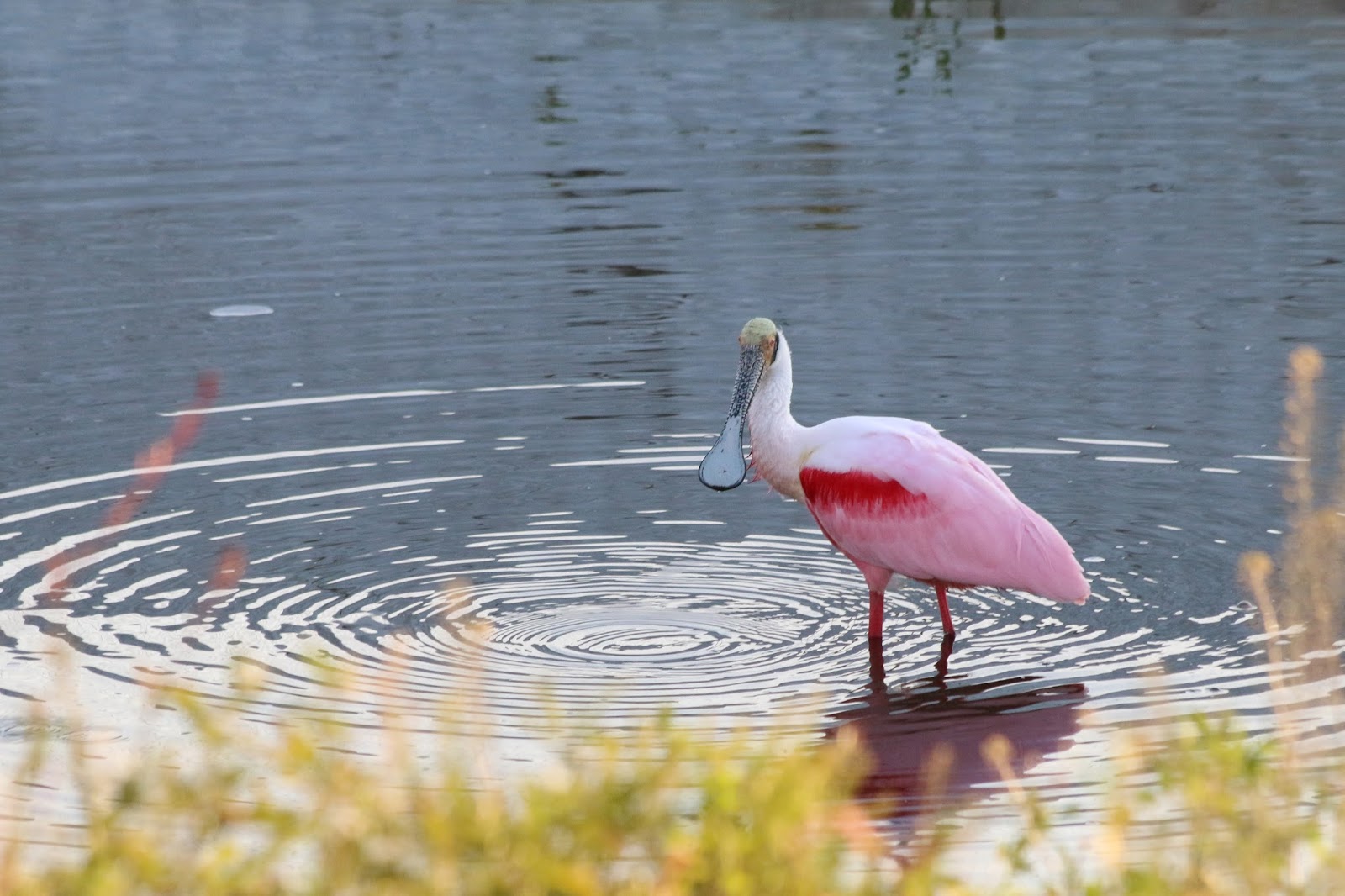 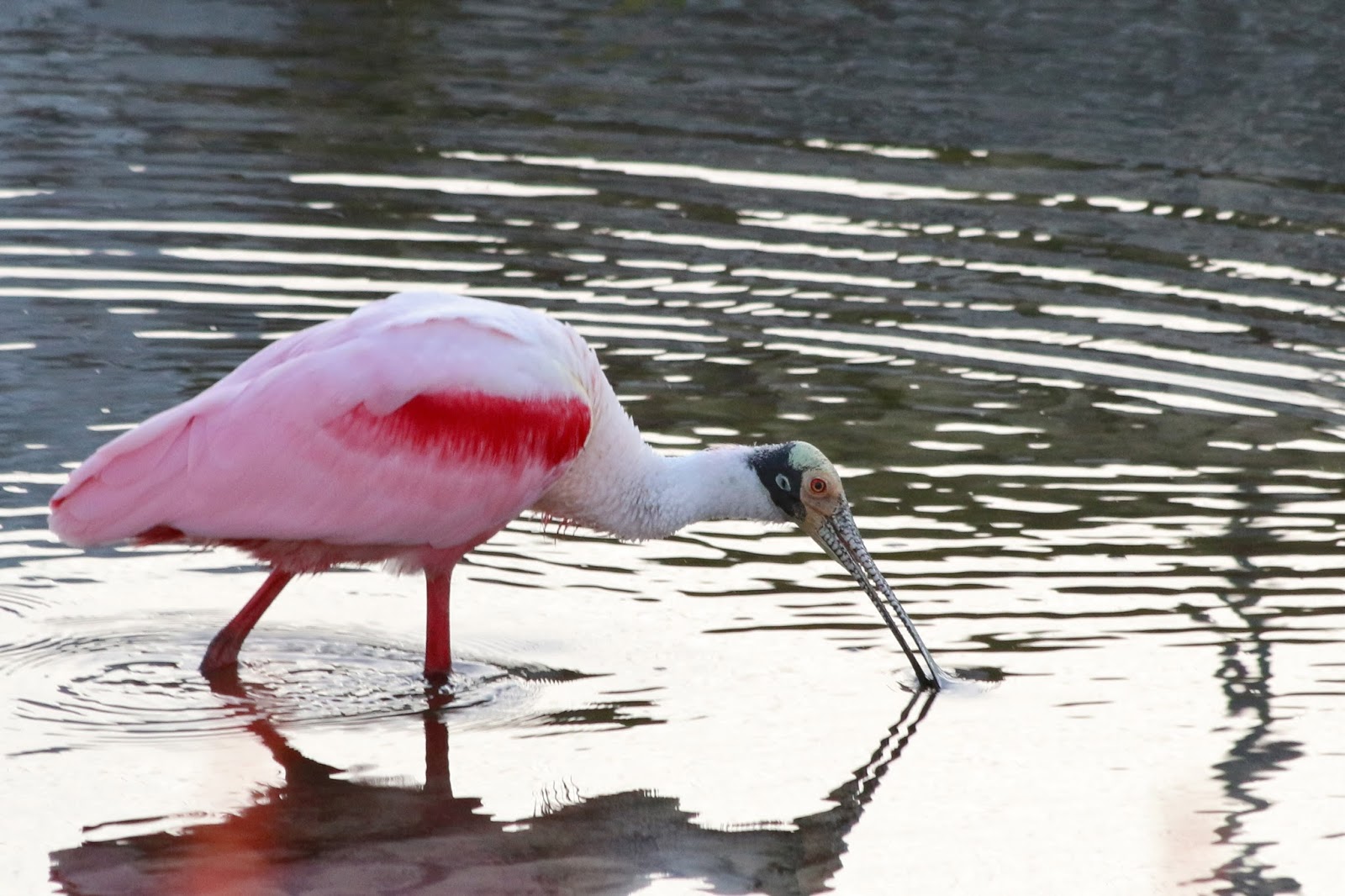 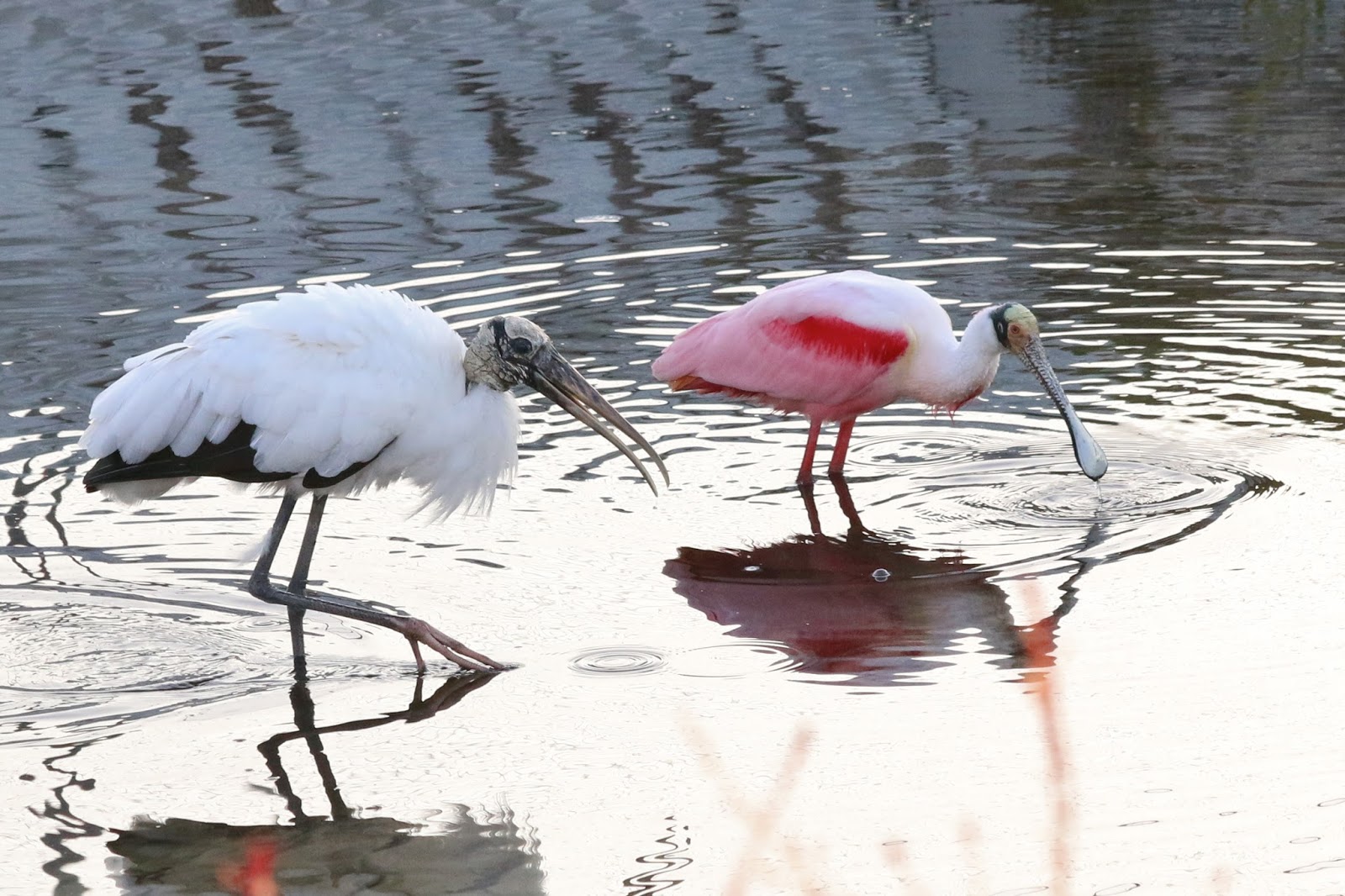 This was a neat little spot with lifers ripe for the picking before it even really got that light out.  By 8:00 a.m. I was on my way to the next place, Sawgrass Lake Park, to do some birding and exploring with my brother. 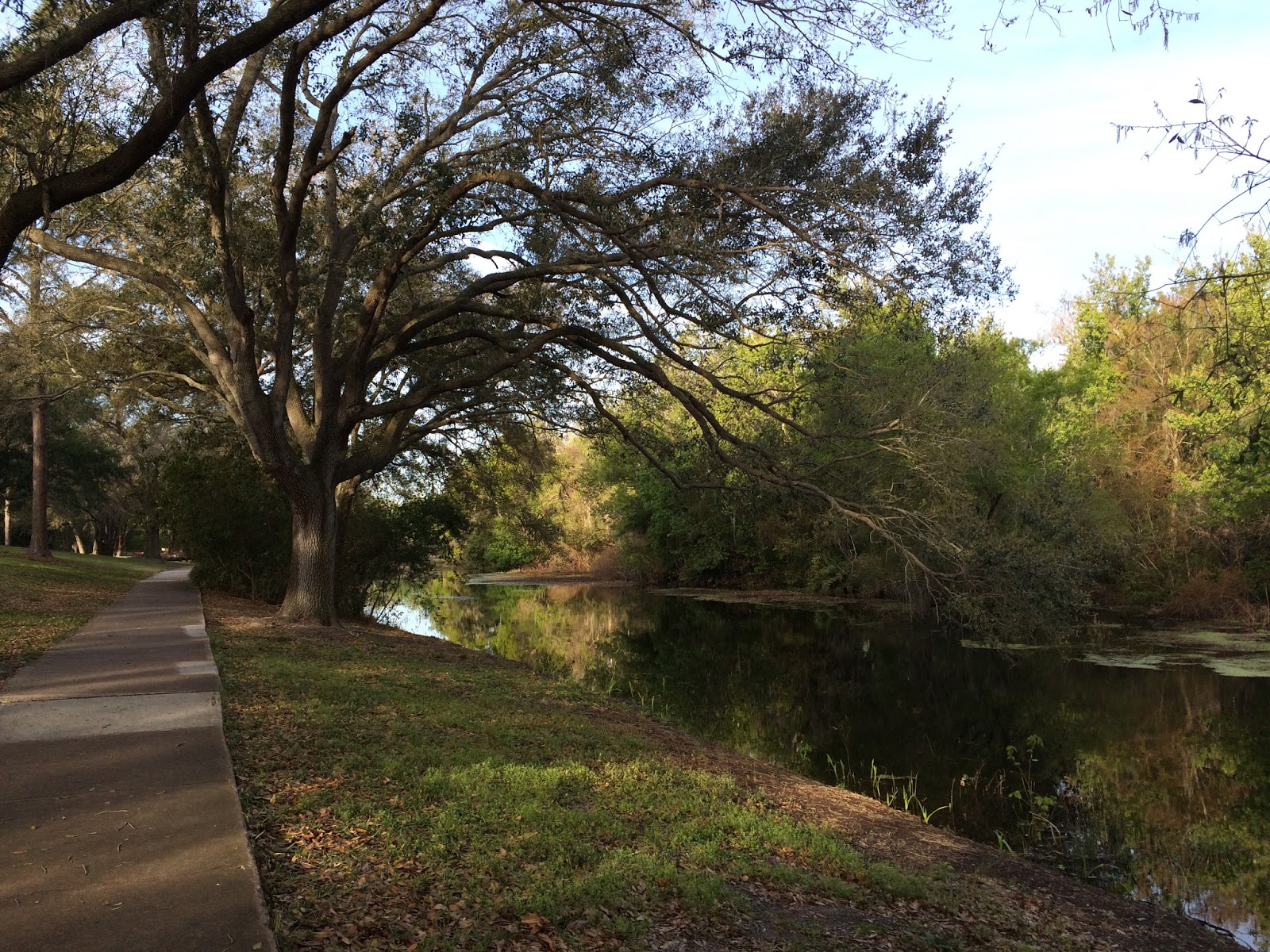 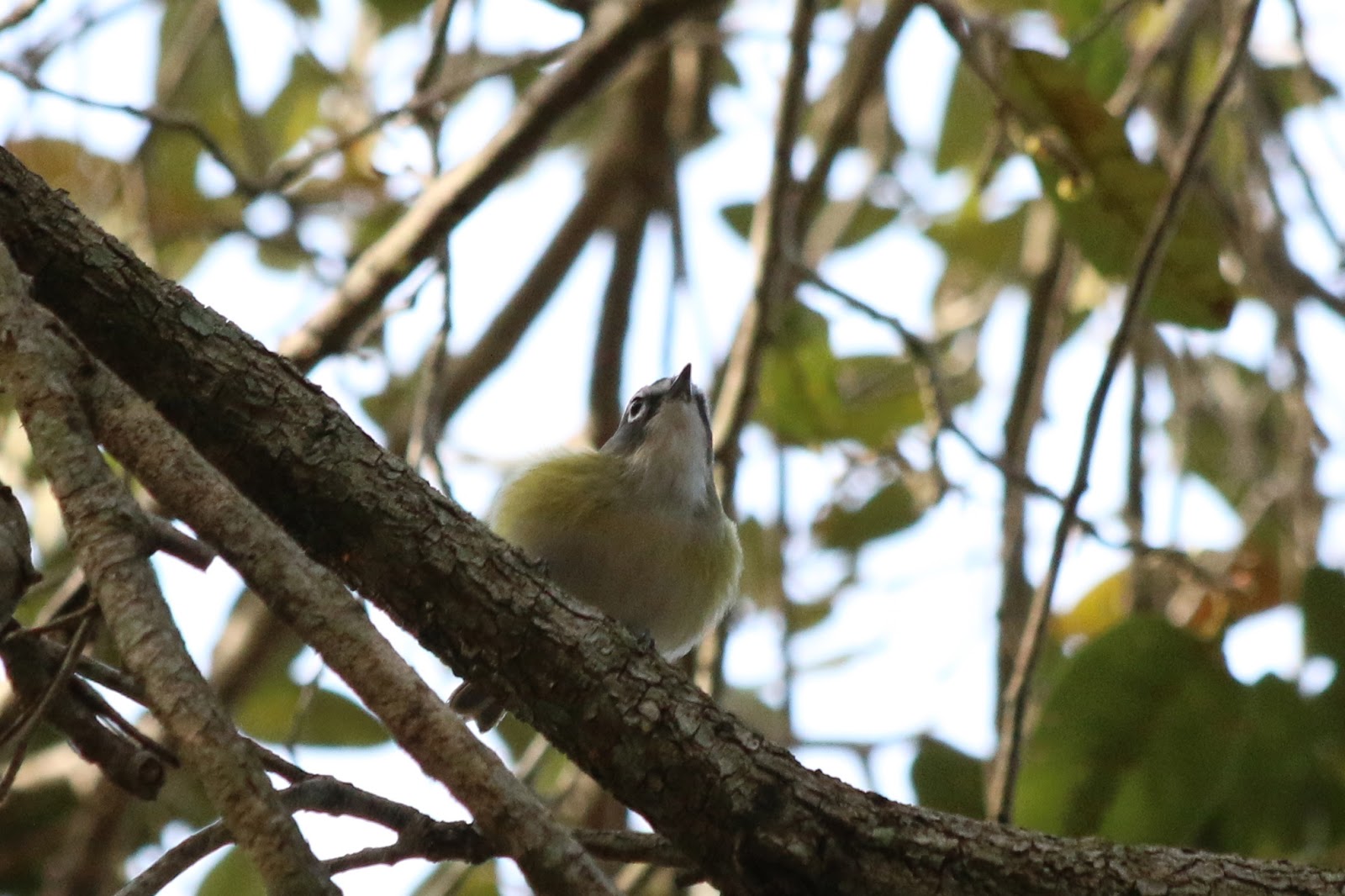 An Anhinga kept me from molesting alligators... 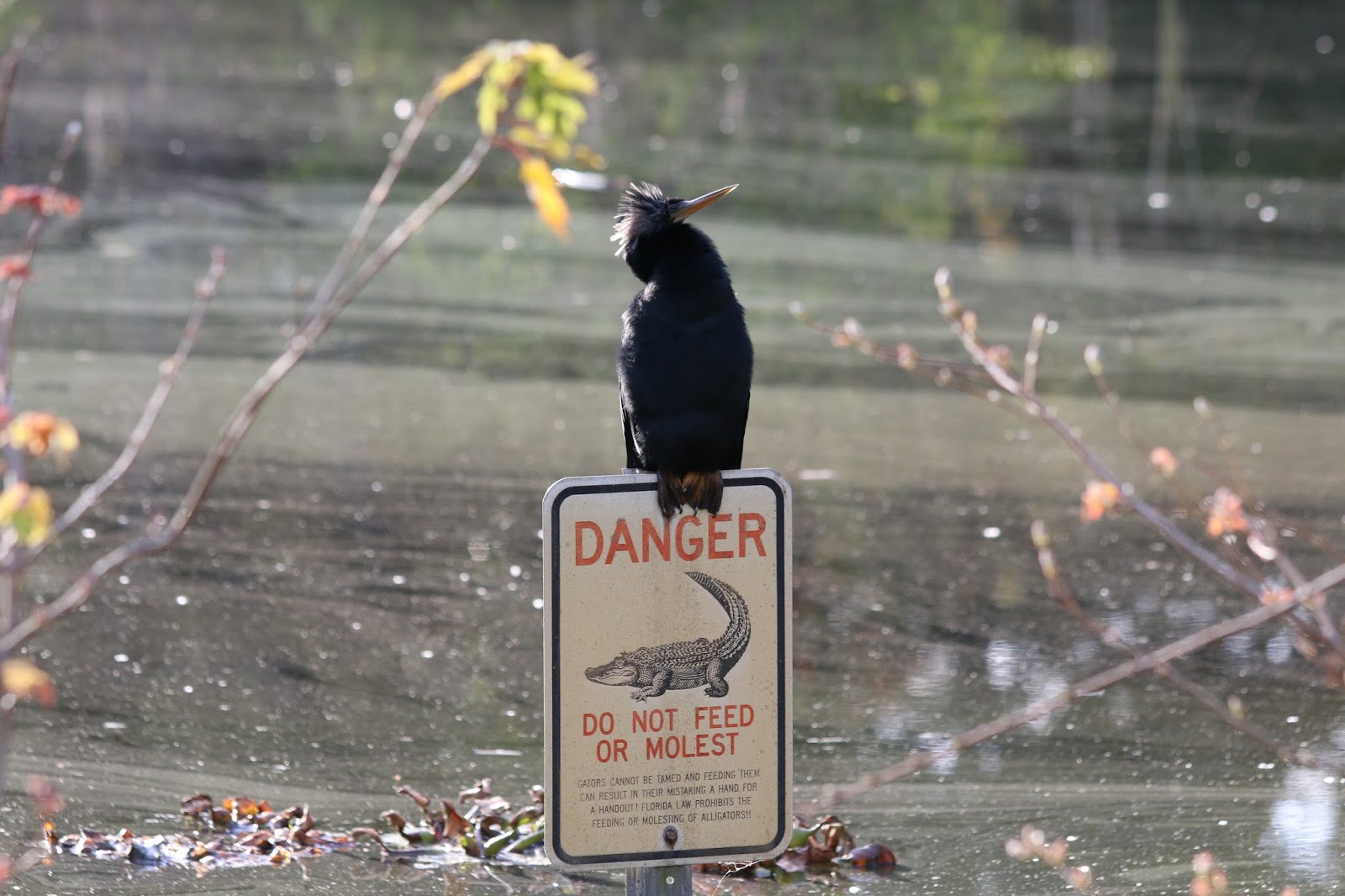 Shortly after this my brother and I did find some gators, three young ones, out on the lake. 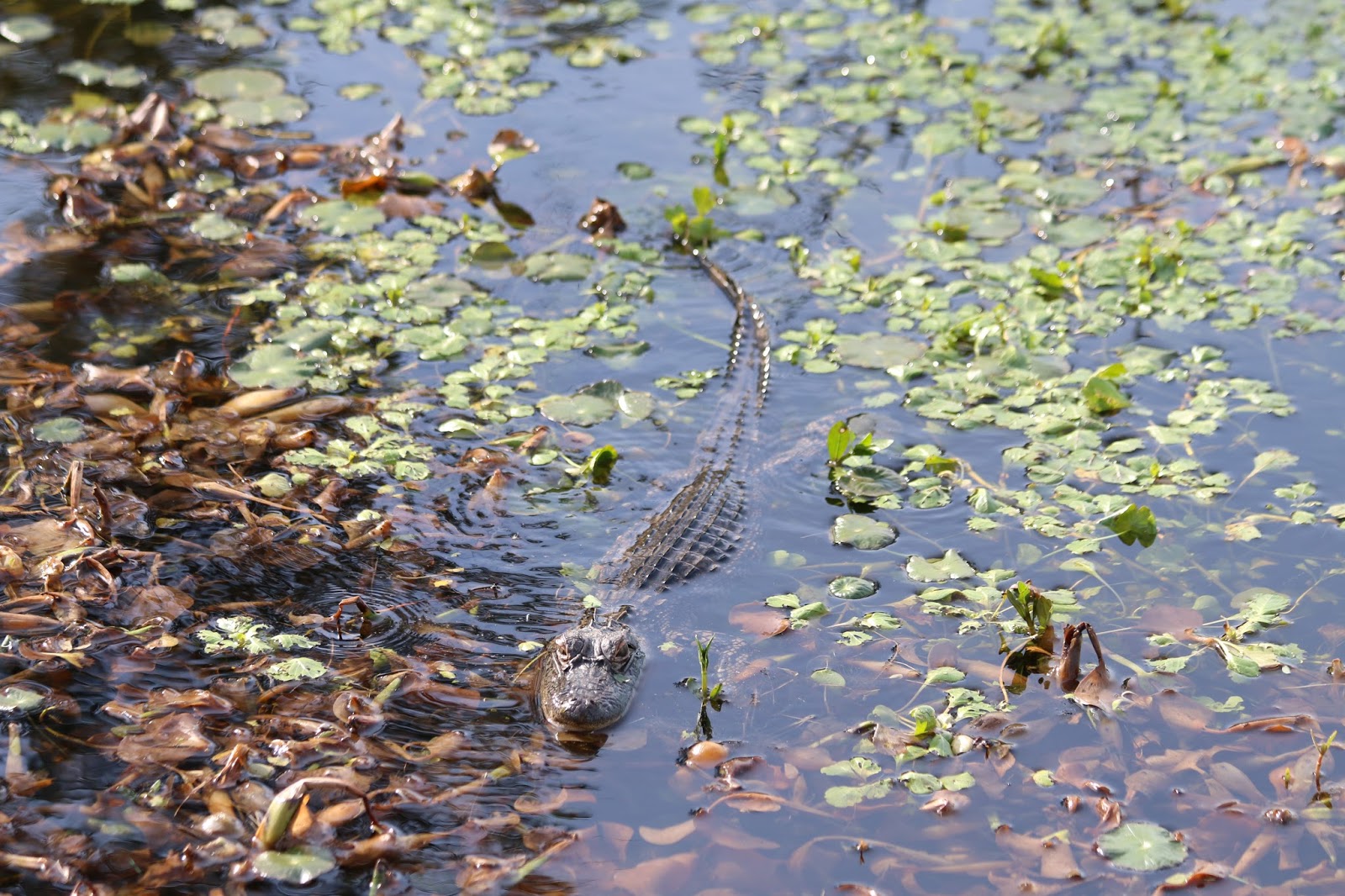 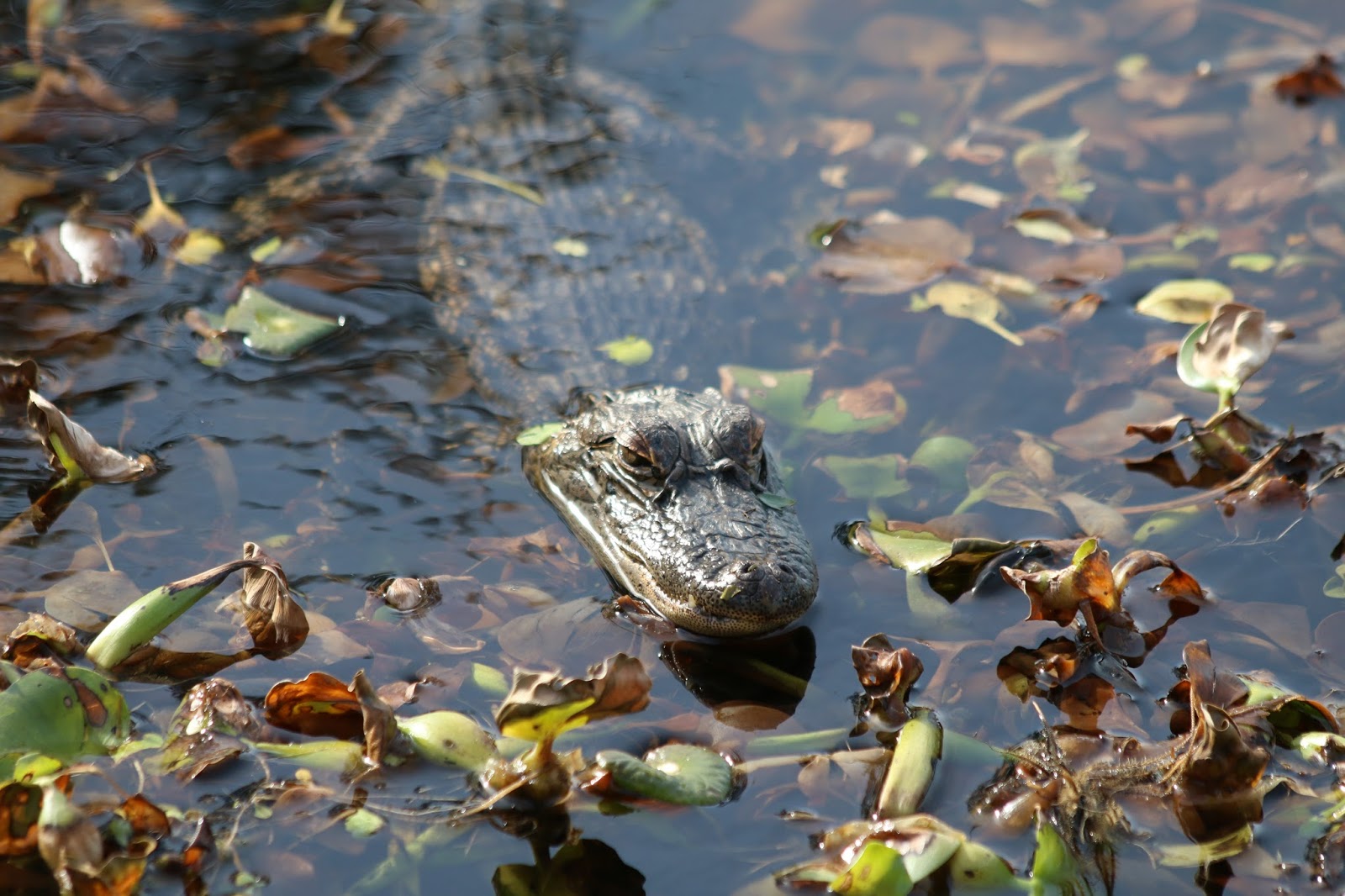 Later on I was watching some White Ibises poke around the grass when I noticed a hawk soar overhead.  It circled allowing some photos, then came back a second time even. 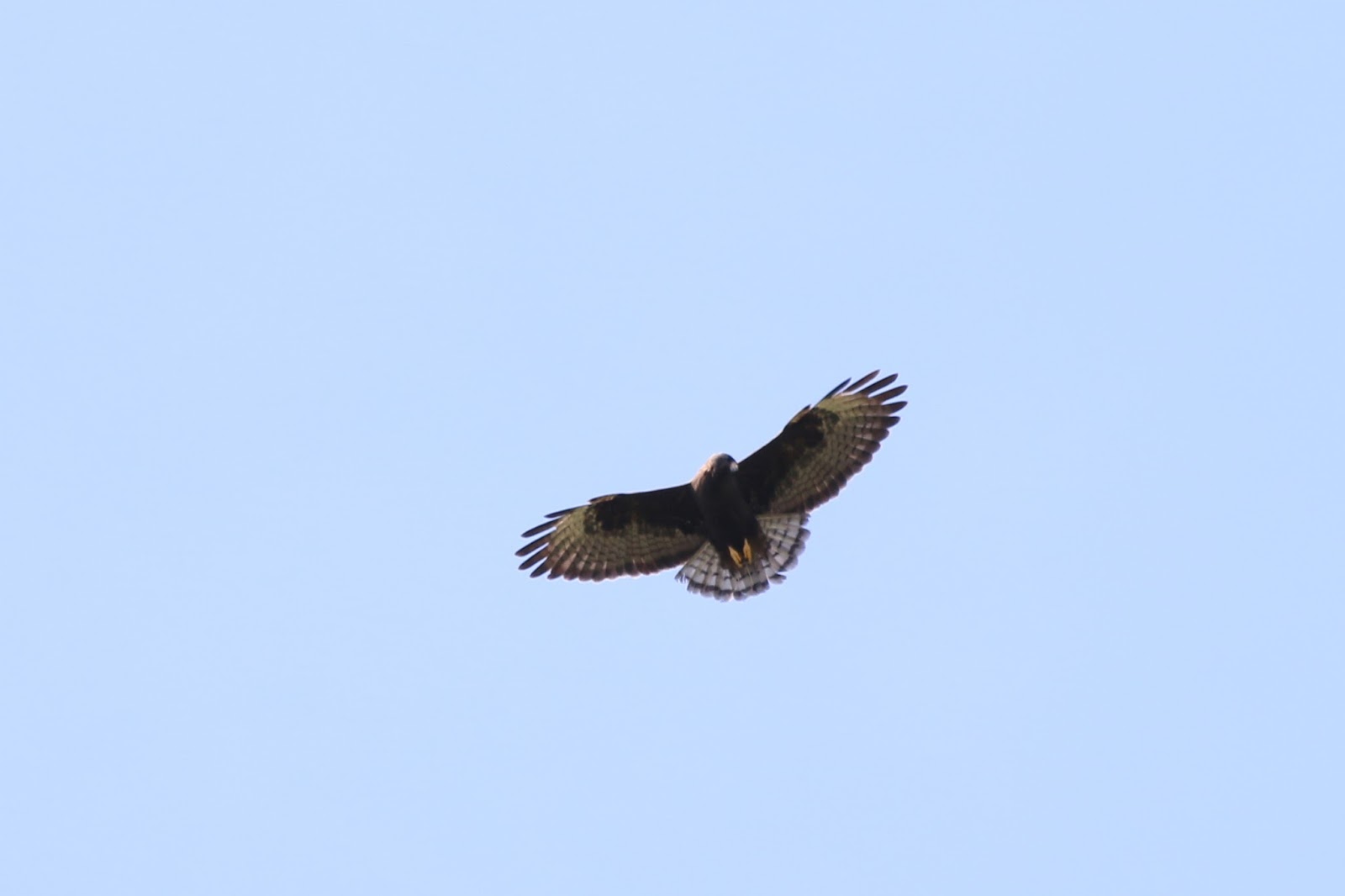 Short-tailed Hawk!  I was not actually expecting to see this bird, so I was stoked.  My brother did not seem impressed.  We explored the rest of the park, getting to see some of them Muddled Ducks nobody likes. 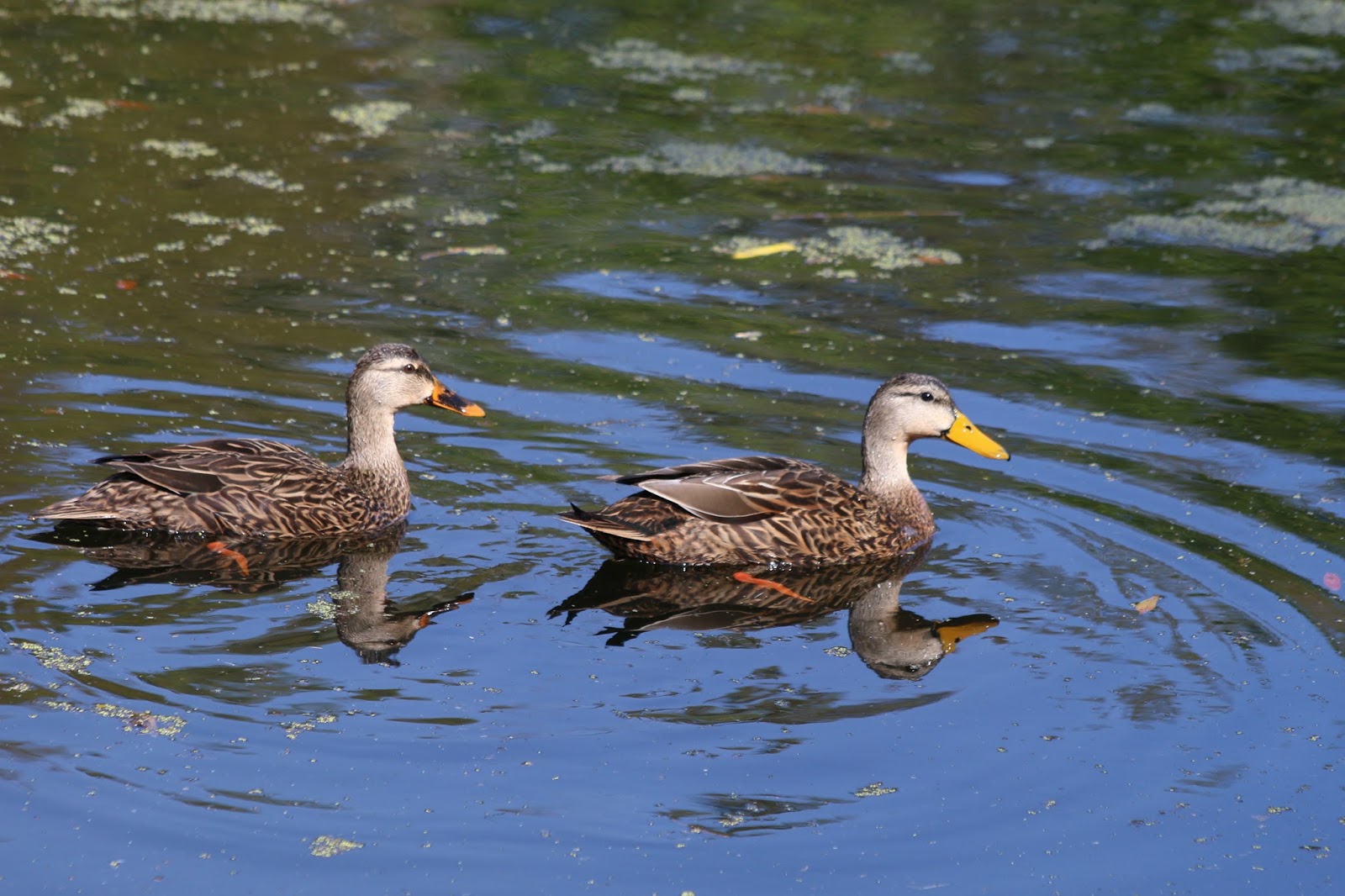 If you want to know more, check out this recent eBird article.  Nearby was some trash and a big turtle. 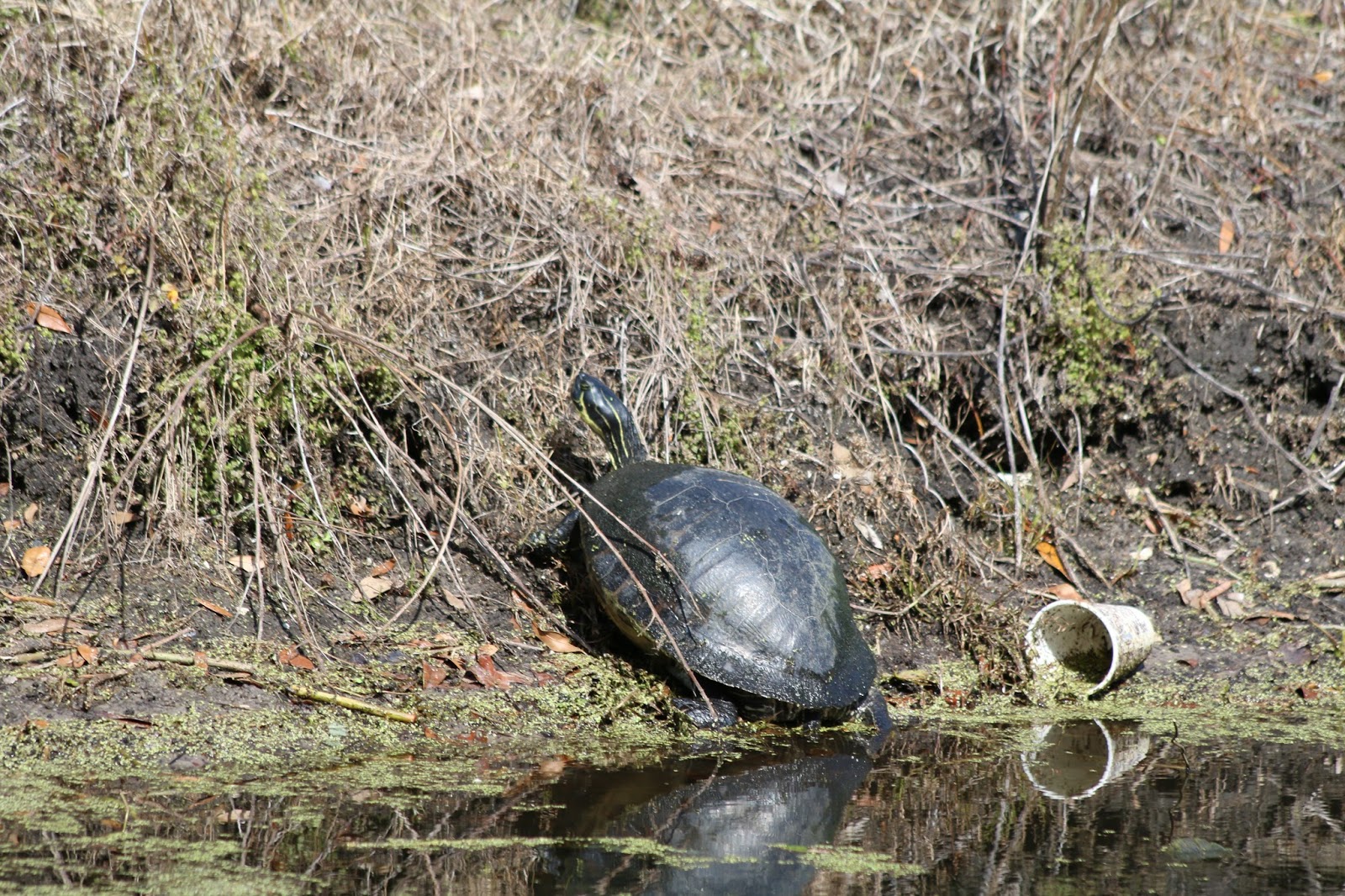 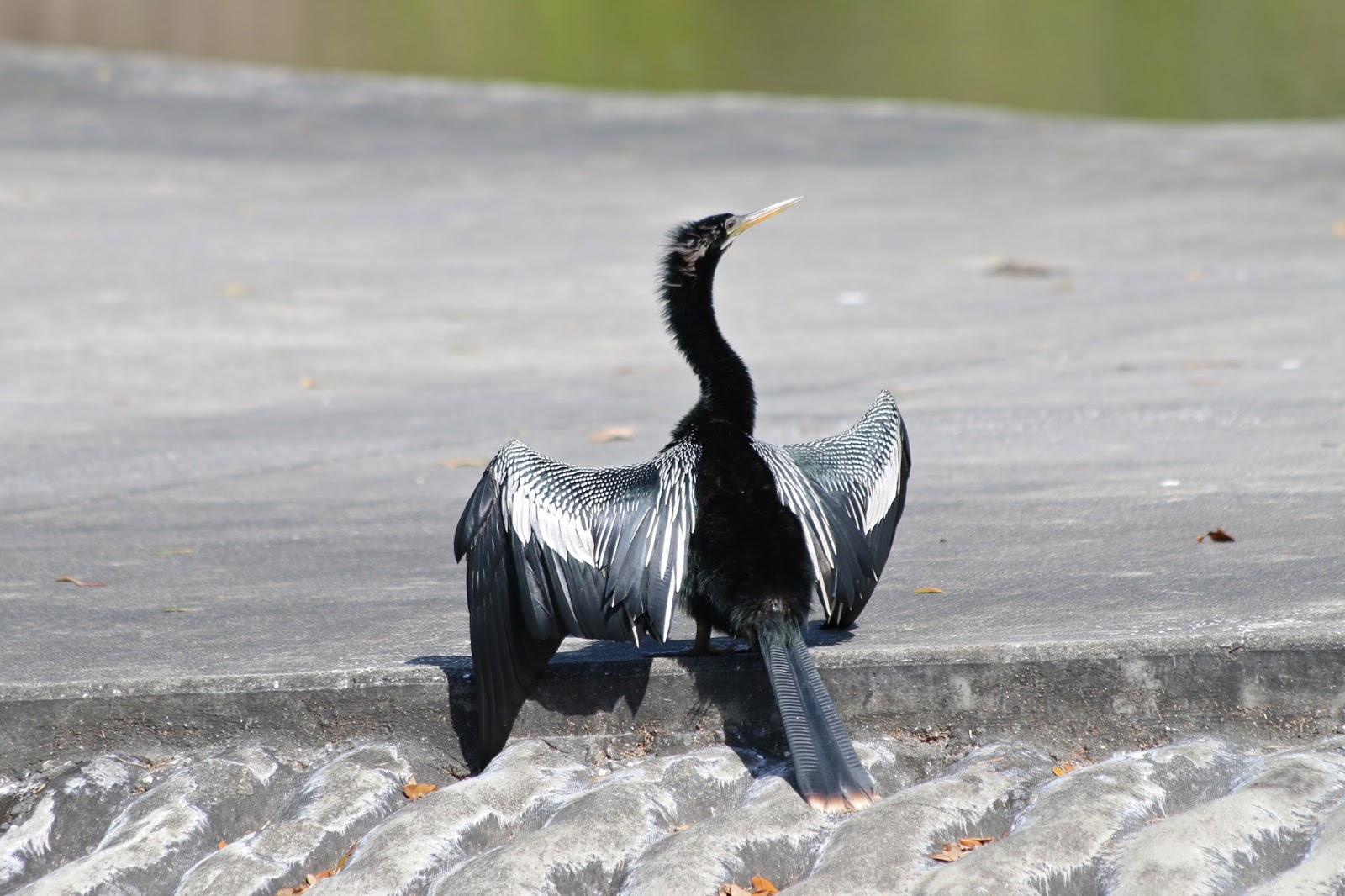 That's all for now.  So much more to come.  Good times!