on February 11, 2015
Before we get to all that, check out this neat video that Metro has shared from Smith & Bybee Wetlands in Portland.  It's a time lapse video from last September of a beaver and a nutria working together to build a dam.  There's also an adult Black-crowned Night-Heron in the mix.

Yesterday I was finally feeling better after being sick for a week and I decided to head south to check out Marys Peak for the first time and Finley NWR for the second time. 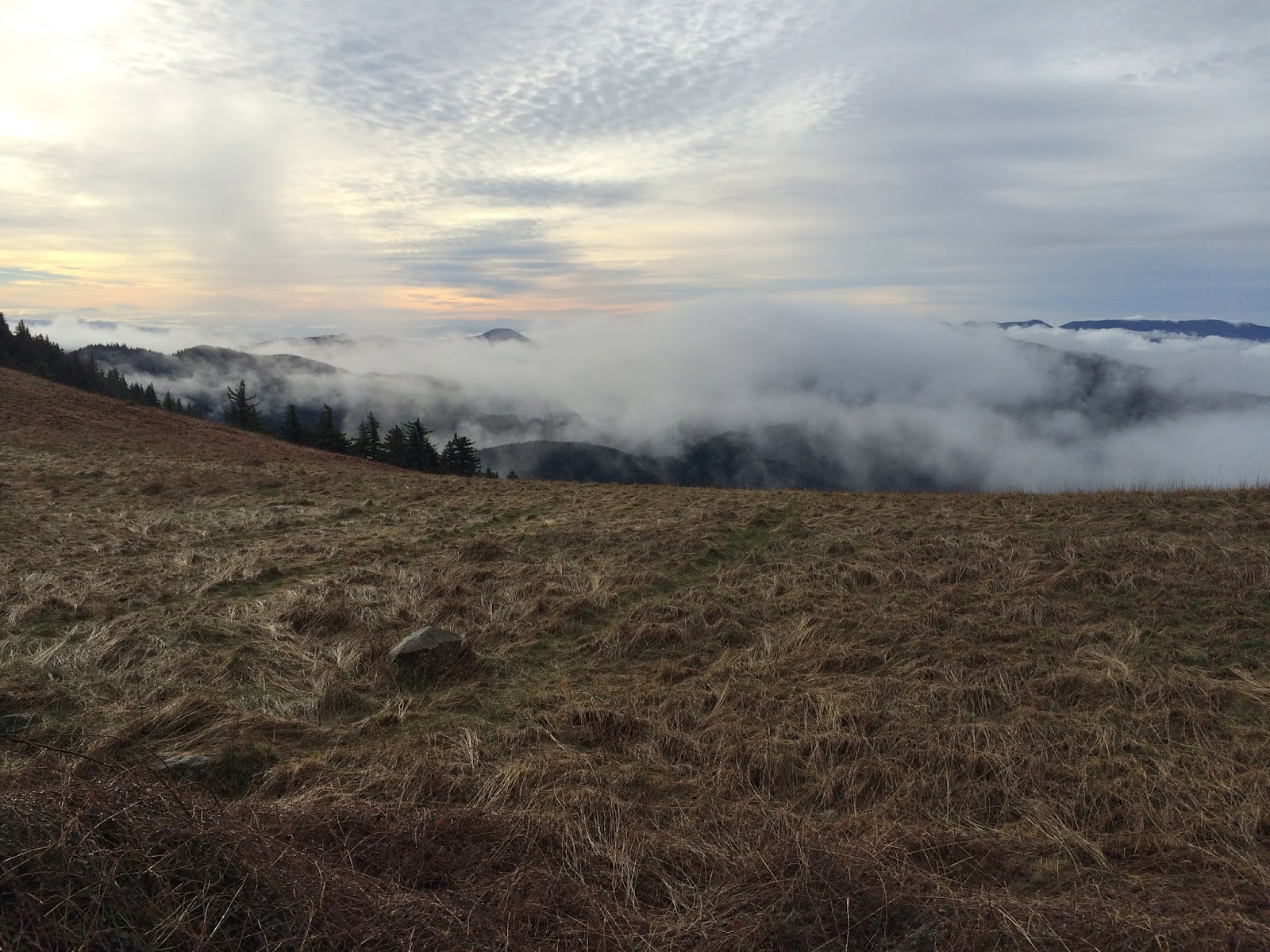 View from the road to the top

Marys Peak is the highest point in the Oregon Coast Range and over the winter Gray-crowned Rosy-Finches and Pine Grosbeaks were being reported here.  I never made it during that time and during my visit I heard exactly one bird, a Red-breasted Nuthatch. 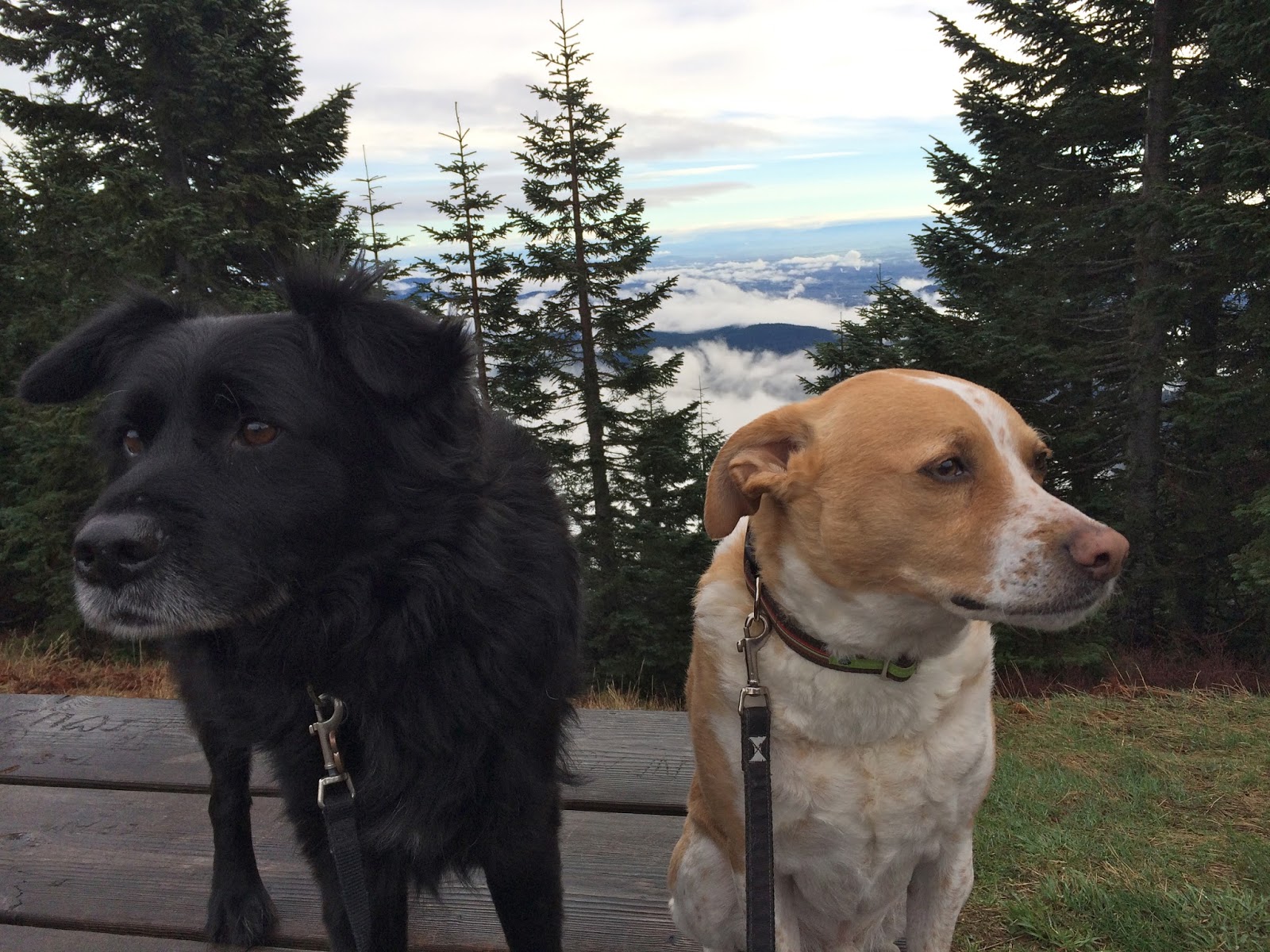 The dogs and I hiked around for awhile, checking out the sweet views. 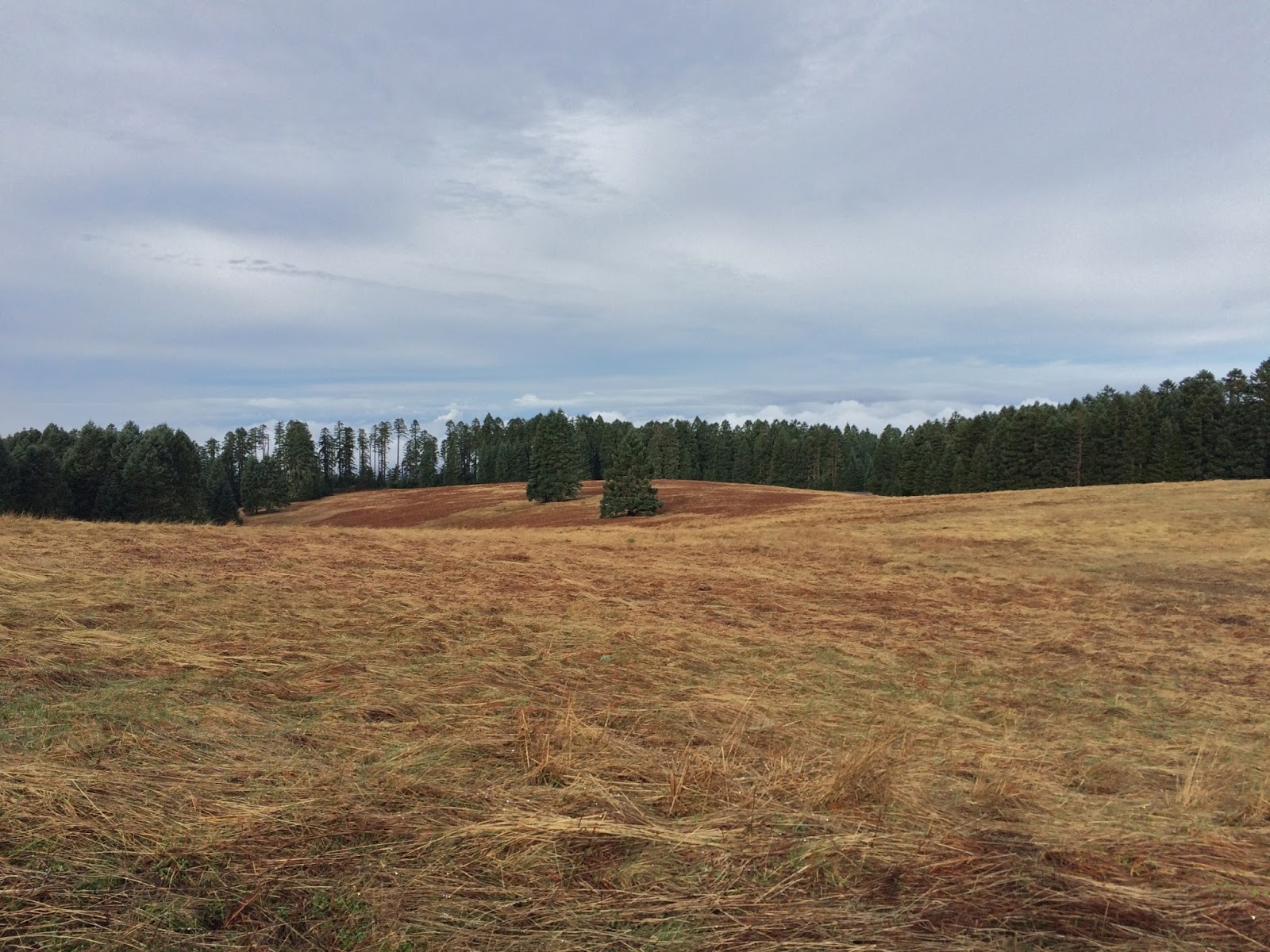 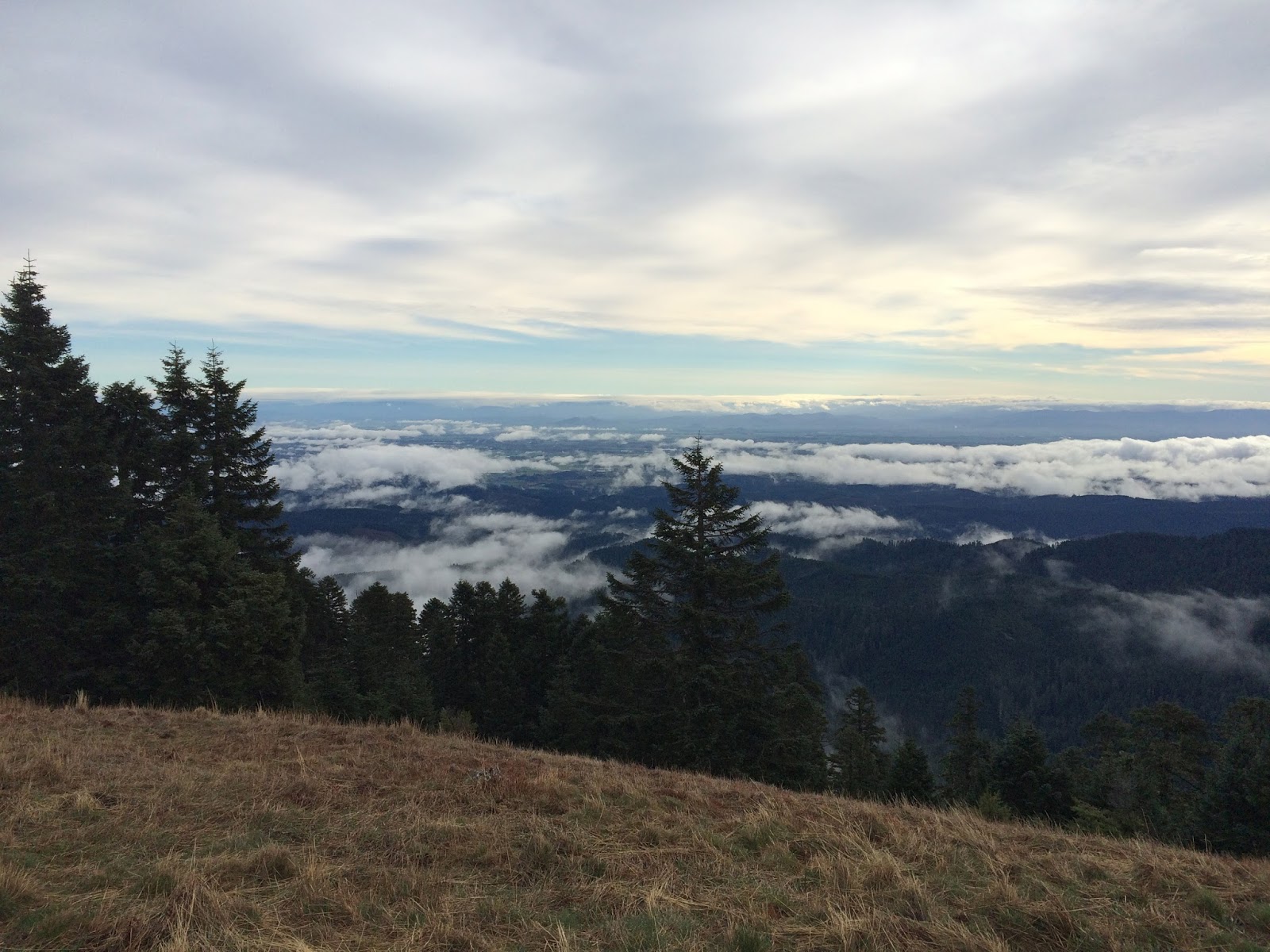 The peak was a bust bird-wise.  Back on Highway 34 I was trying to remember where I had seen turkeys once before.  Just as I was wondering exactly how much money I would bet that it was in this one particular field, I noticed some motion on the opposite side of the road.  There they were! 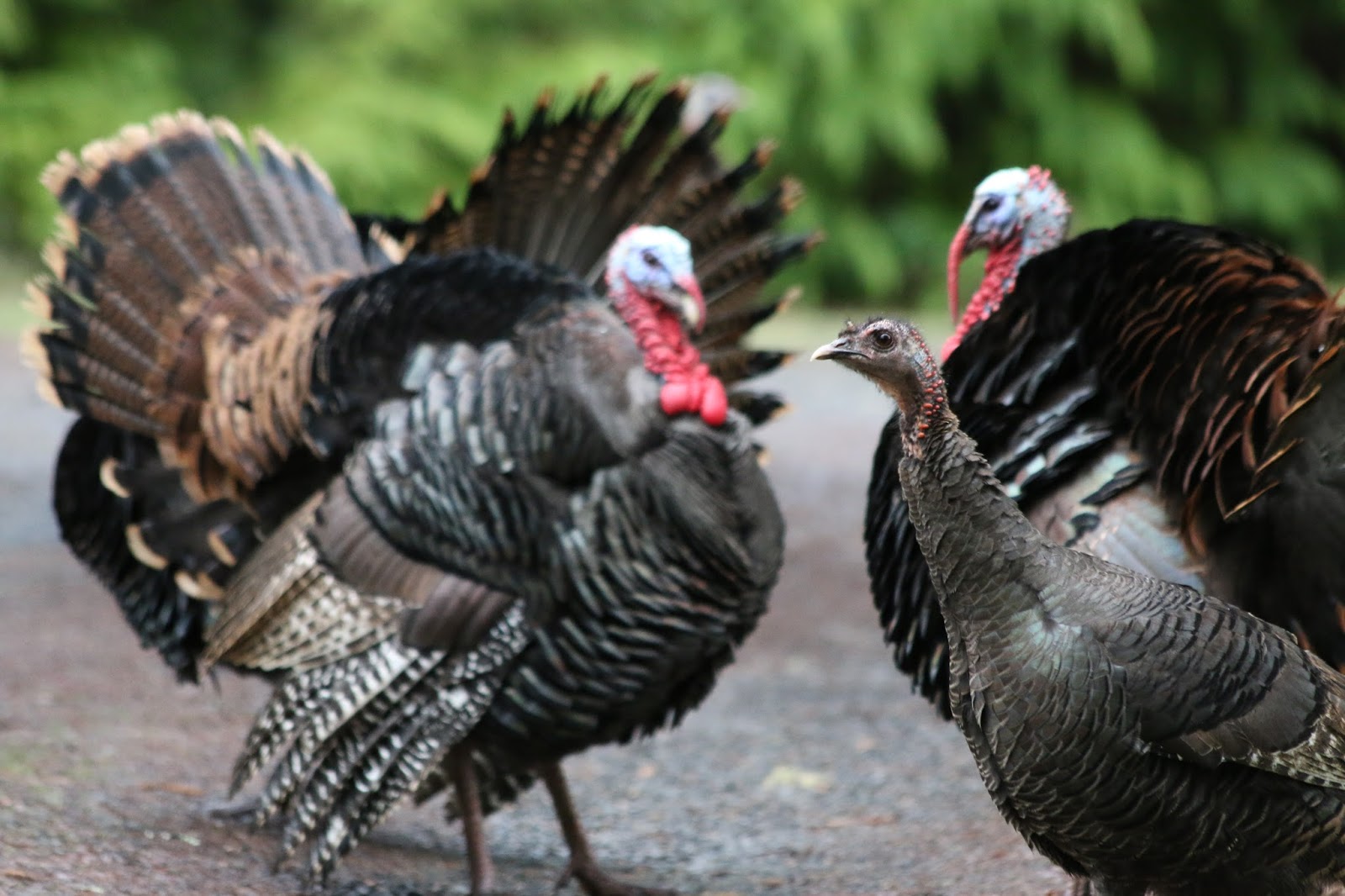 Recently on OBOL some folks were discussing pale/white turkeys which was something I had never noticed before.  Interestingly in this flock on 34 there were at least two pale birds. 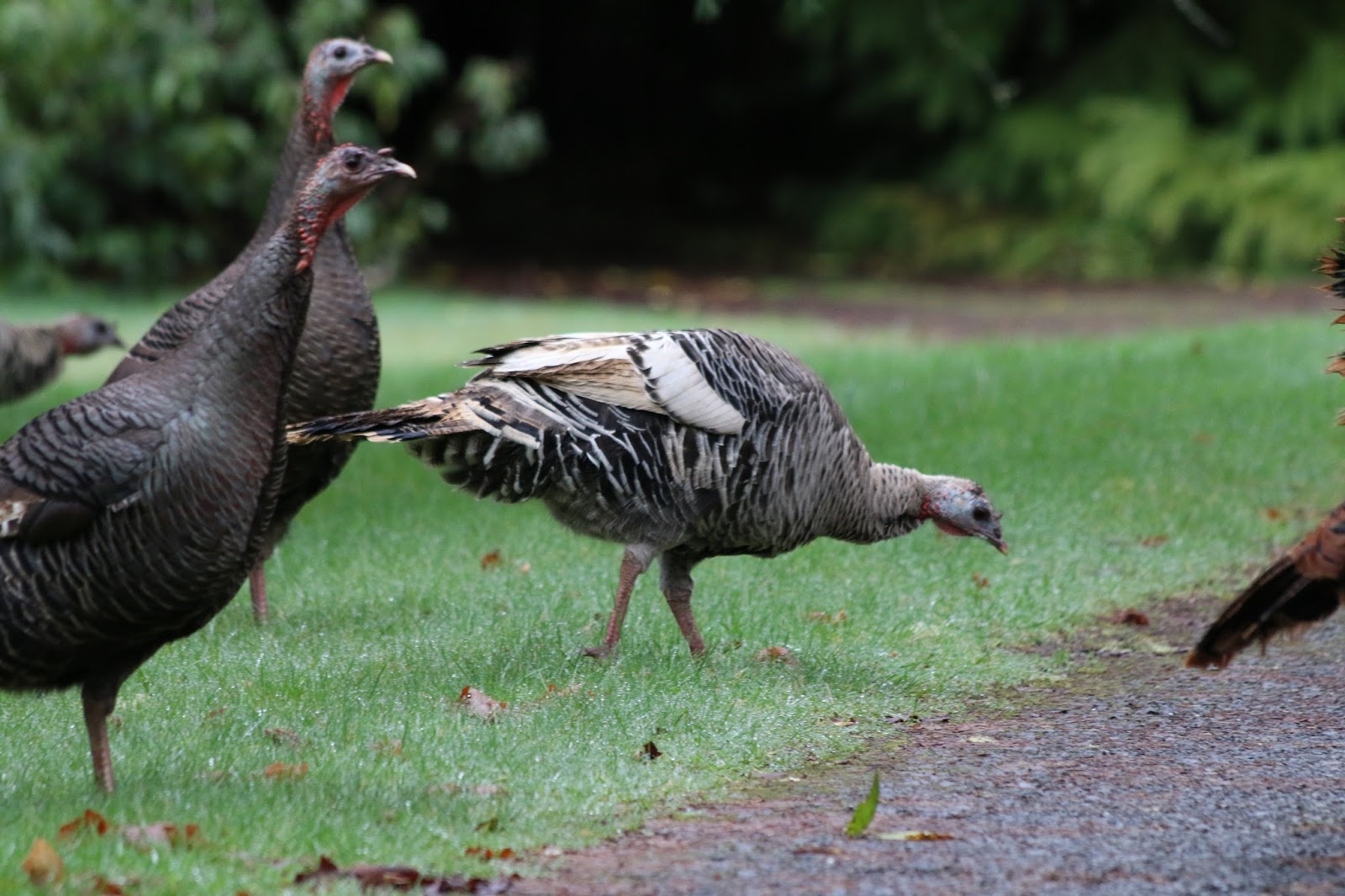 The woman who started the discussion had a pale bird show up on her farm on the Oregon coast and she wondered if it was wild or perhaps hybrid with a domestic turkey.  Her bird can be seen here.  Anyway, it was interesting that I happened upon a pale turkey right after the OBOL discussion (where nothing was really resolved). 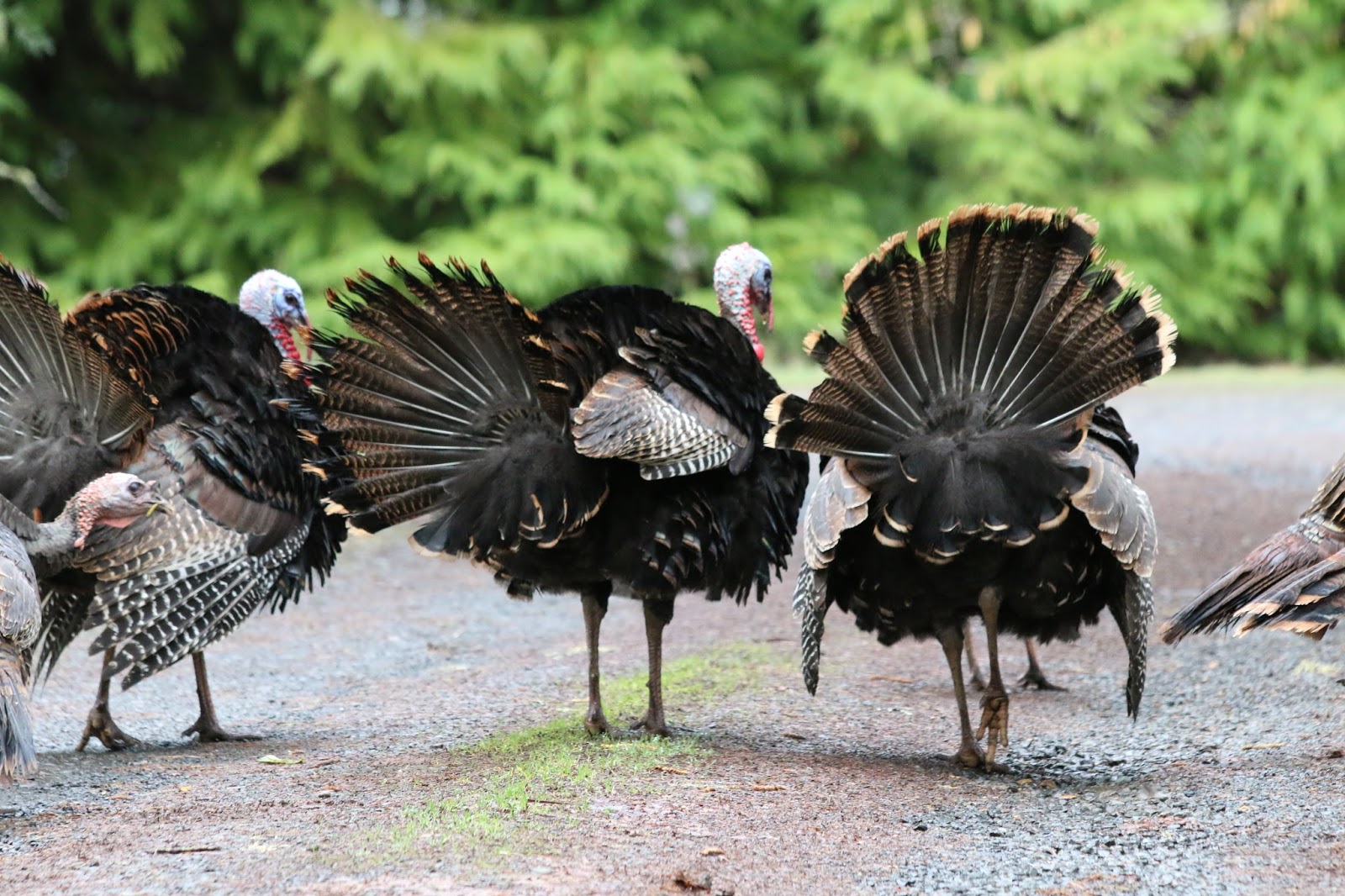 After the turkey stop I headed over to Finley NWR for the first time since October 2010.  Check out the old blog post here.  The dogs hung out in the car while I walked the muddy Woodpecker Loop Trail. 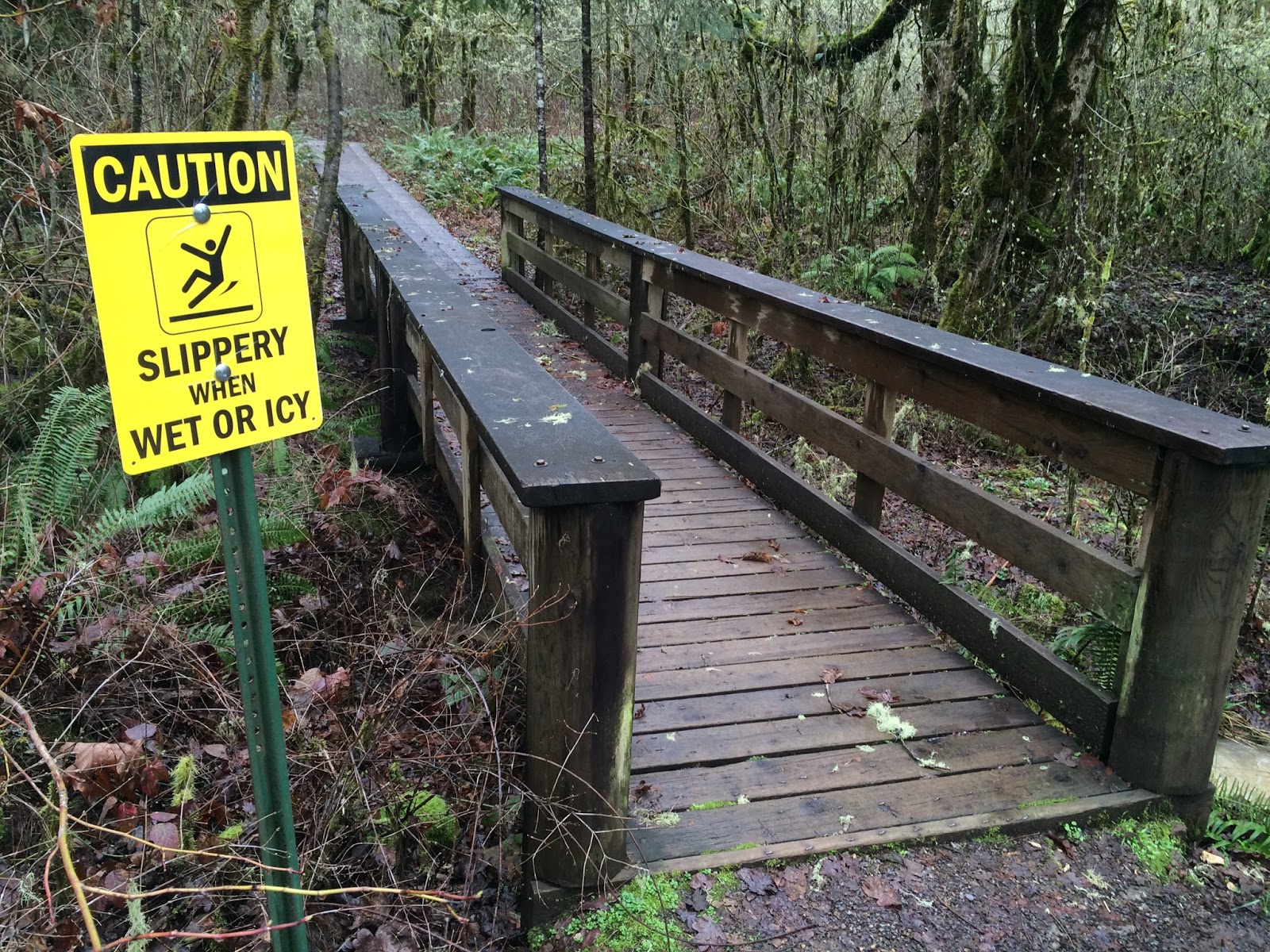 I didn't see any Wrentits like on my last visit but there were plenty wrens around. 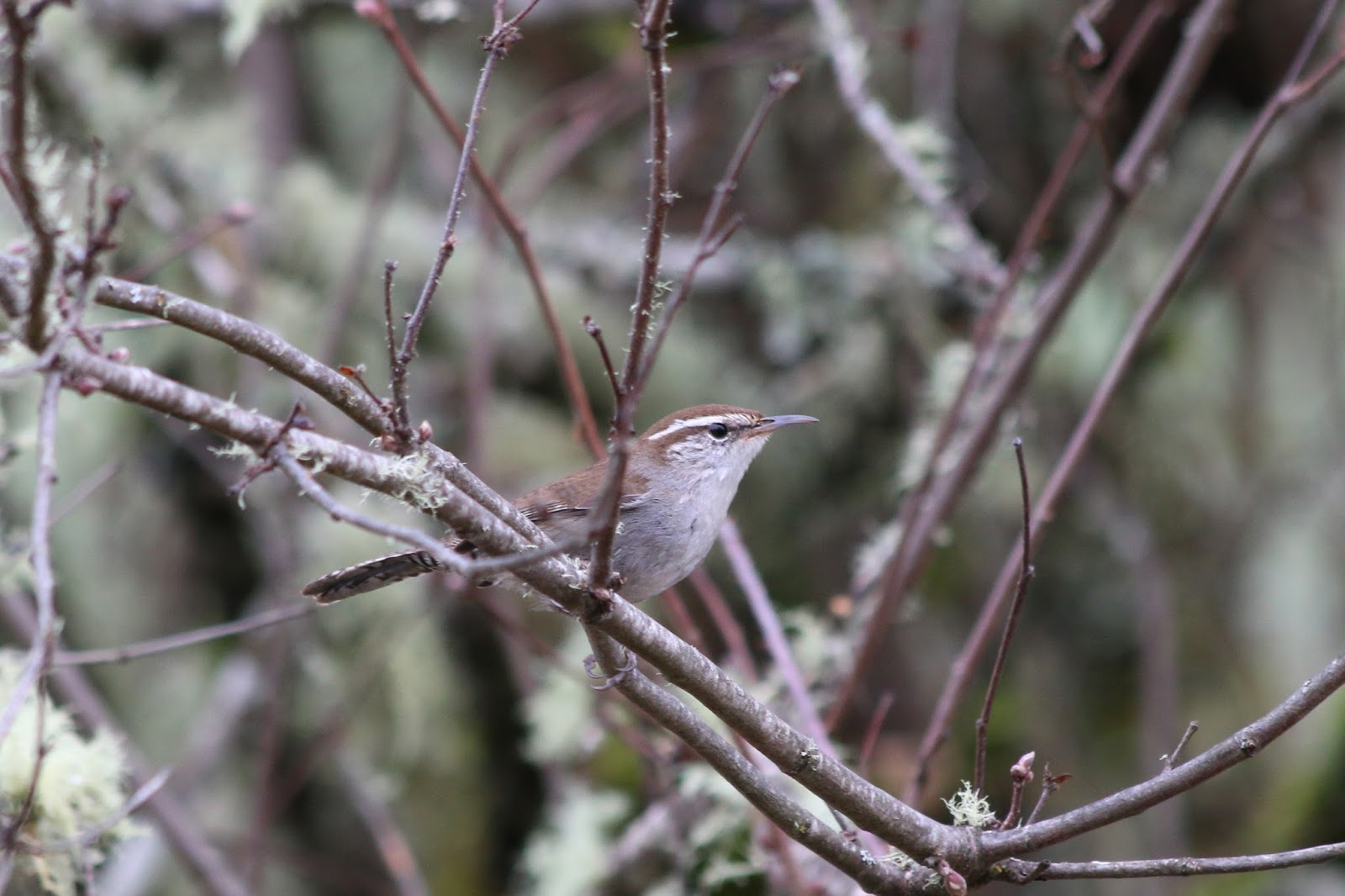 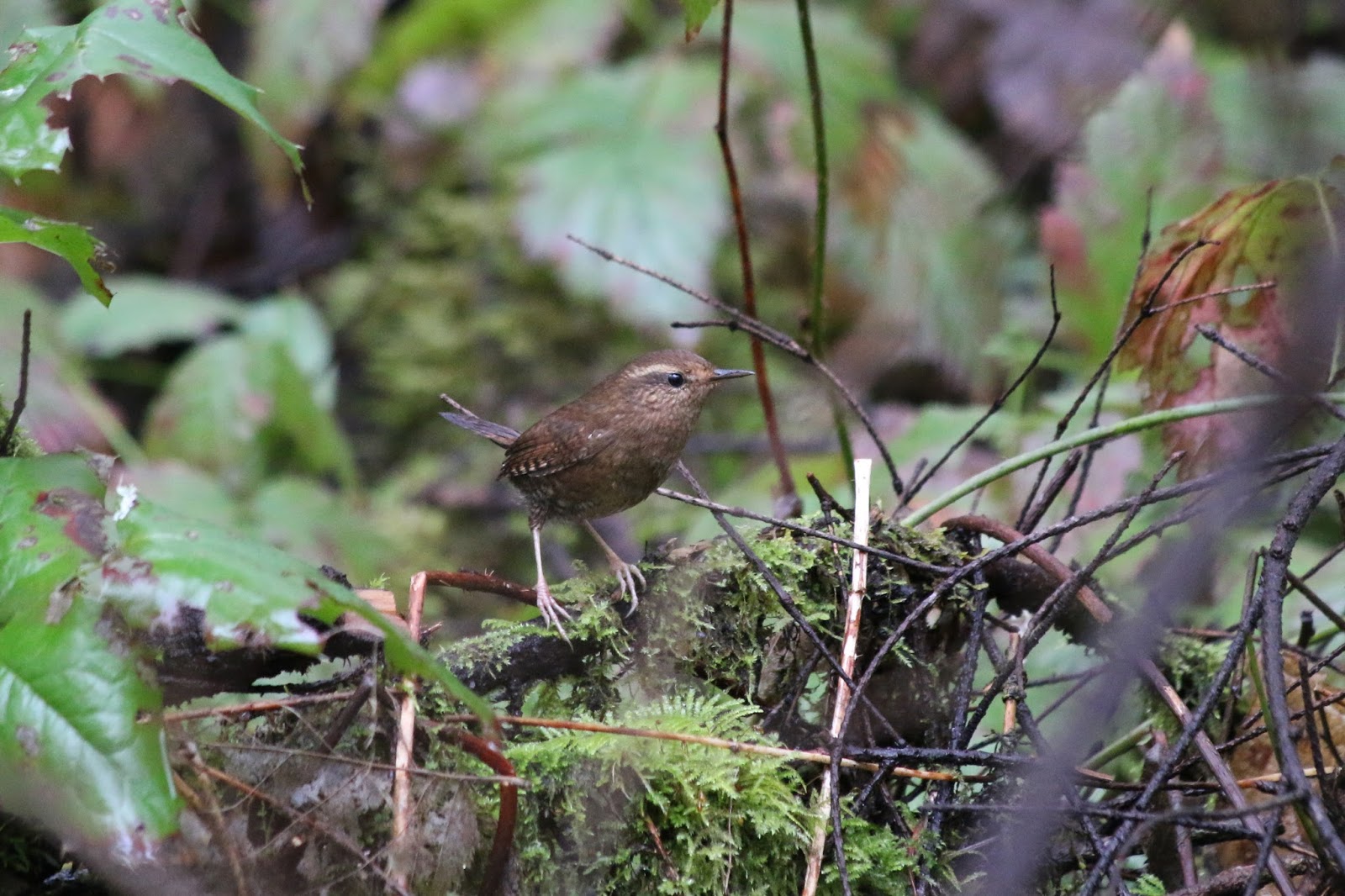 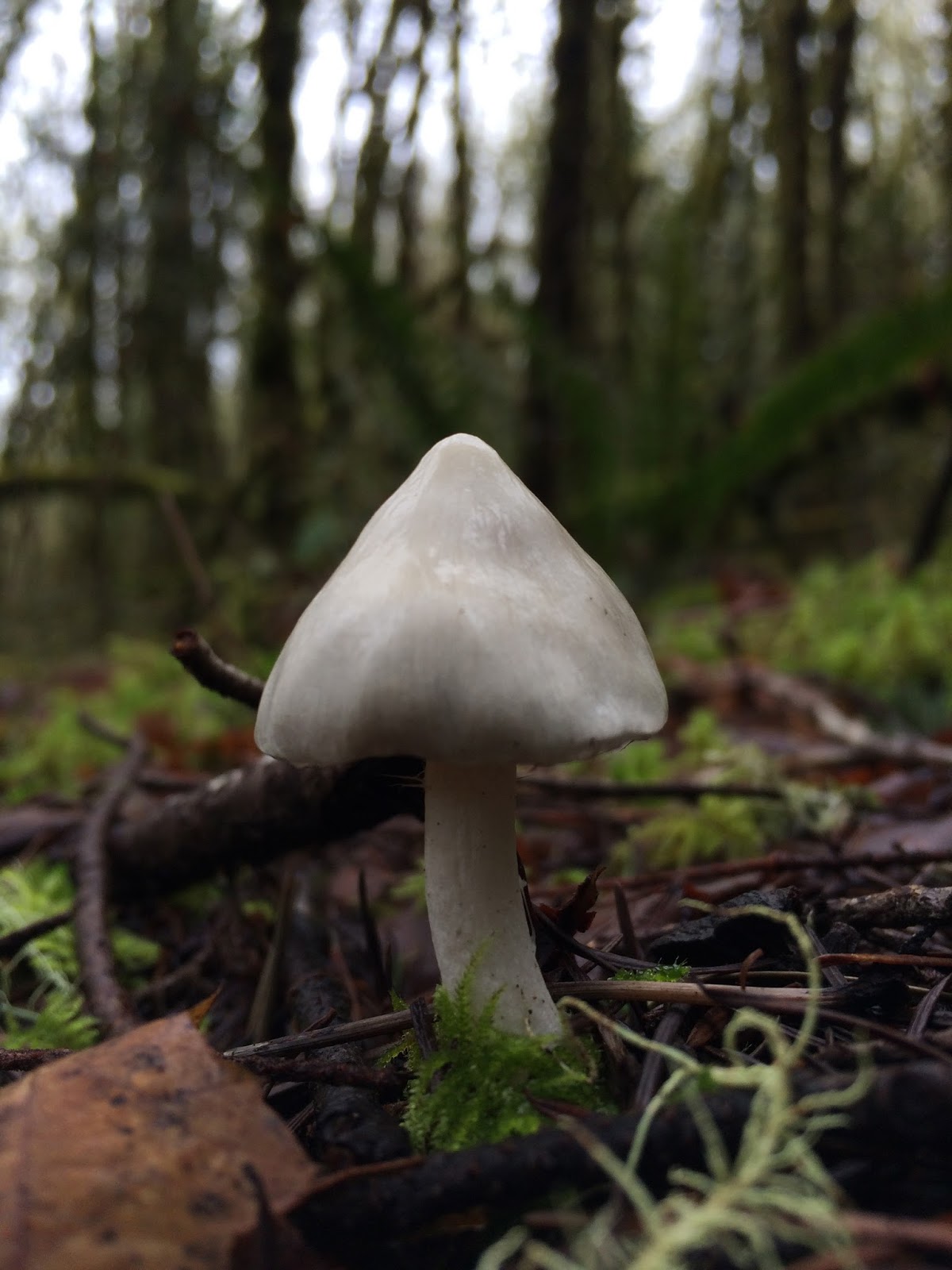 Back on the main refuge road I passed Turtle Flats, where there were indeed turtles! 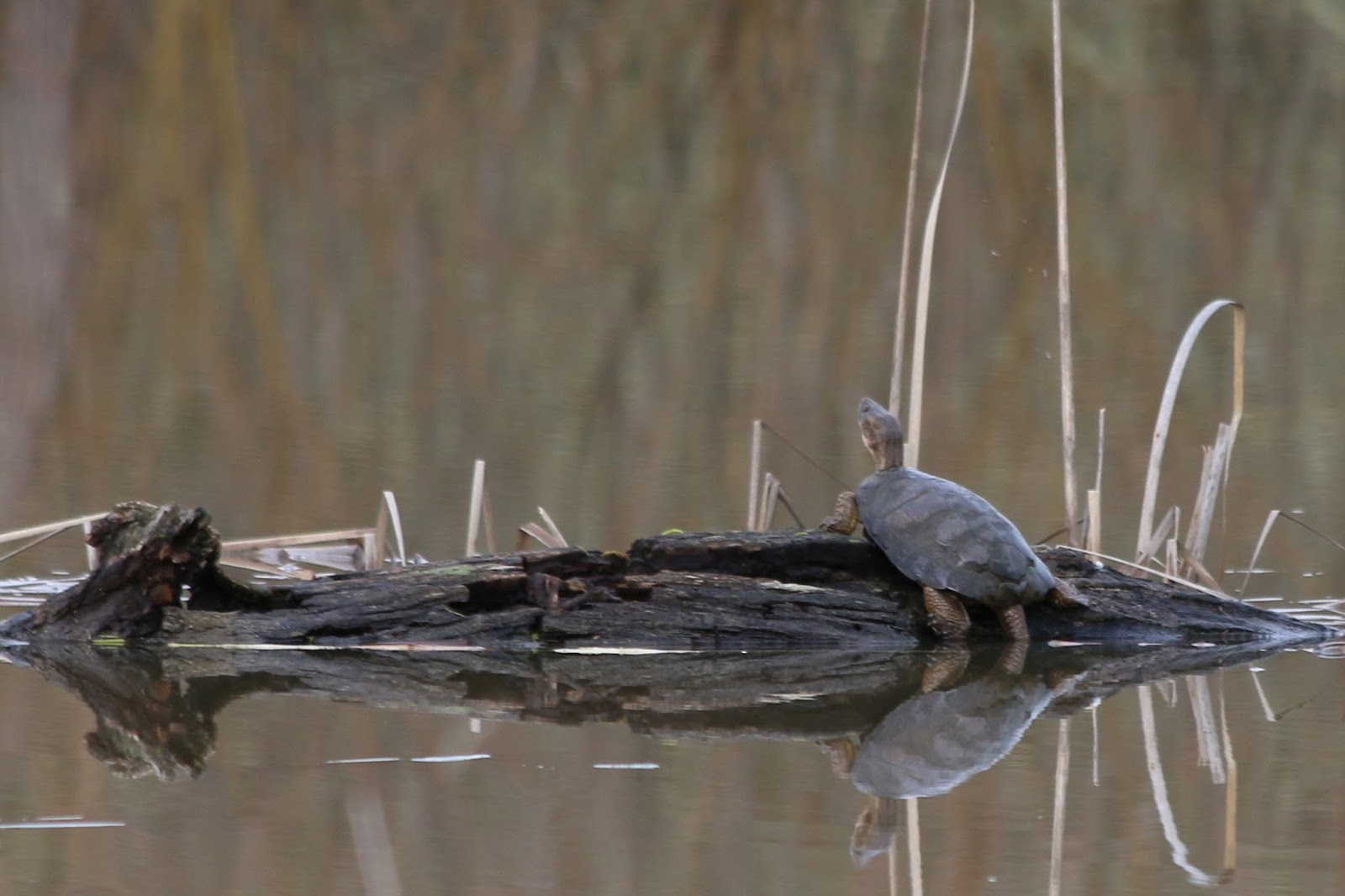 I'm pretty sure it's a western pond turtle, a threatened species in Oregon (and endangered in WA). 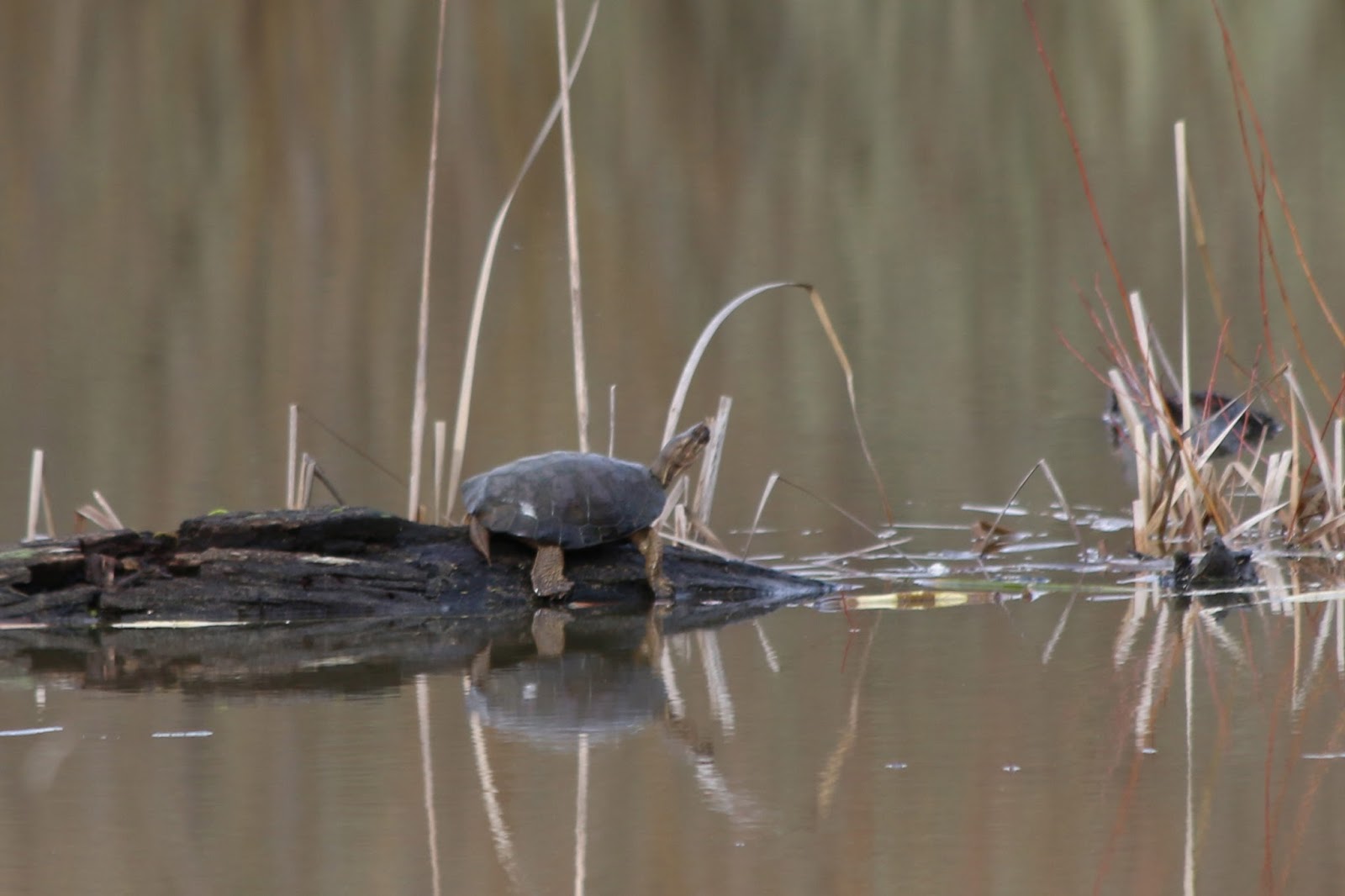 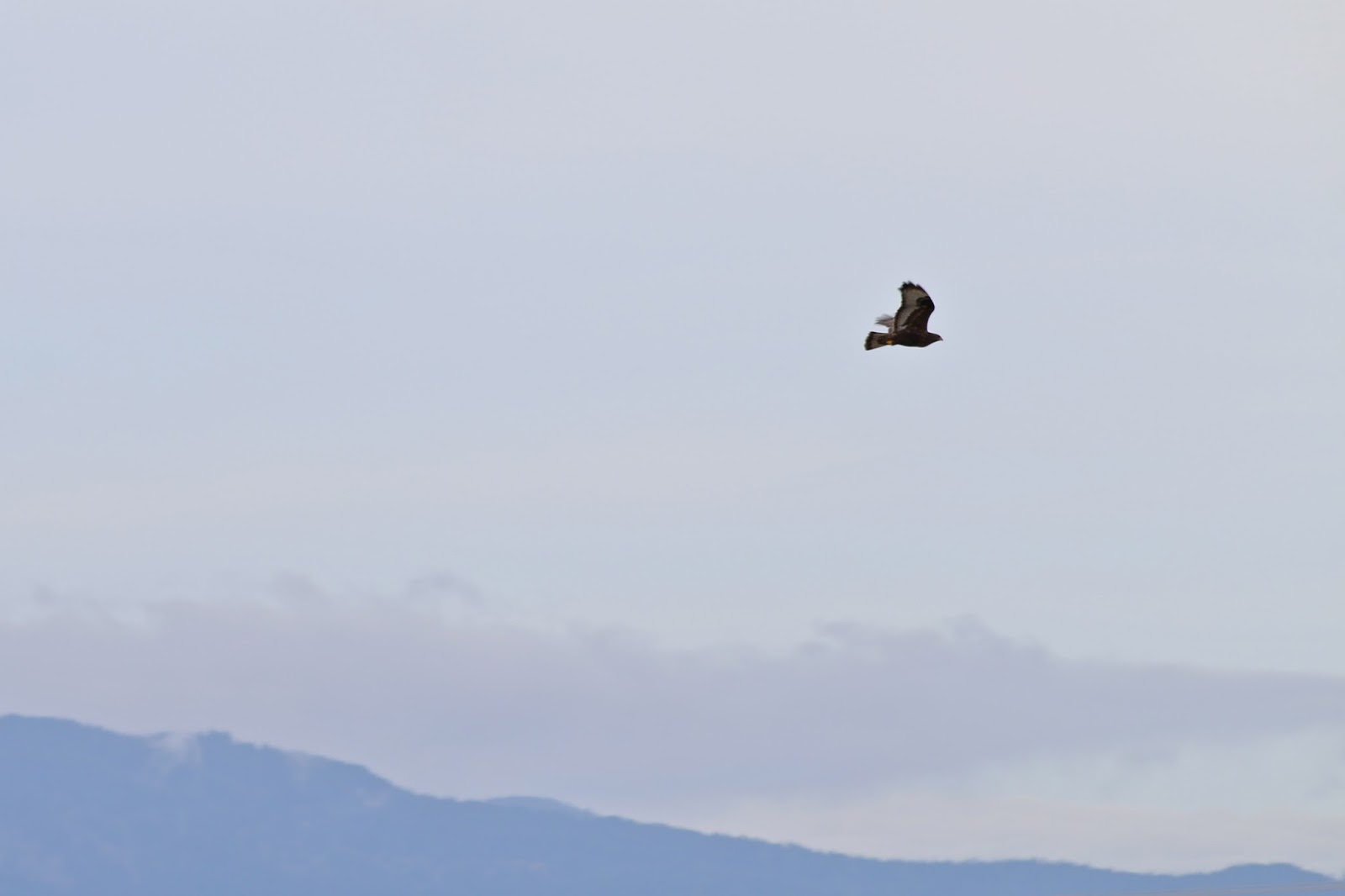 I drove back out to 99, then south to Bruce Road which leads back into the refuge. 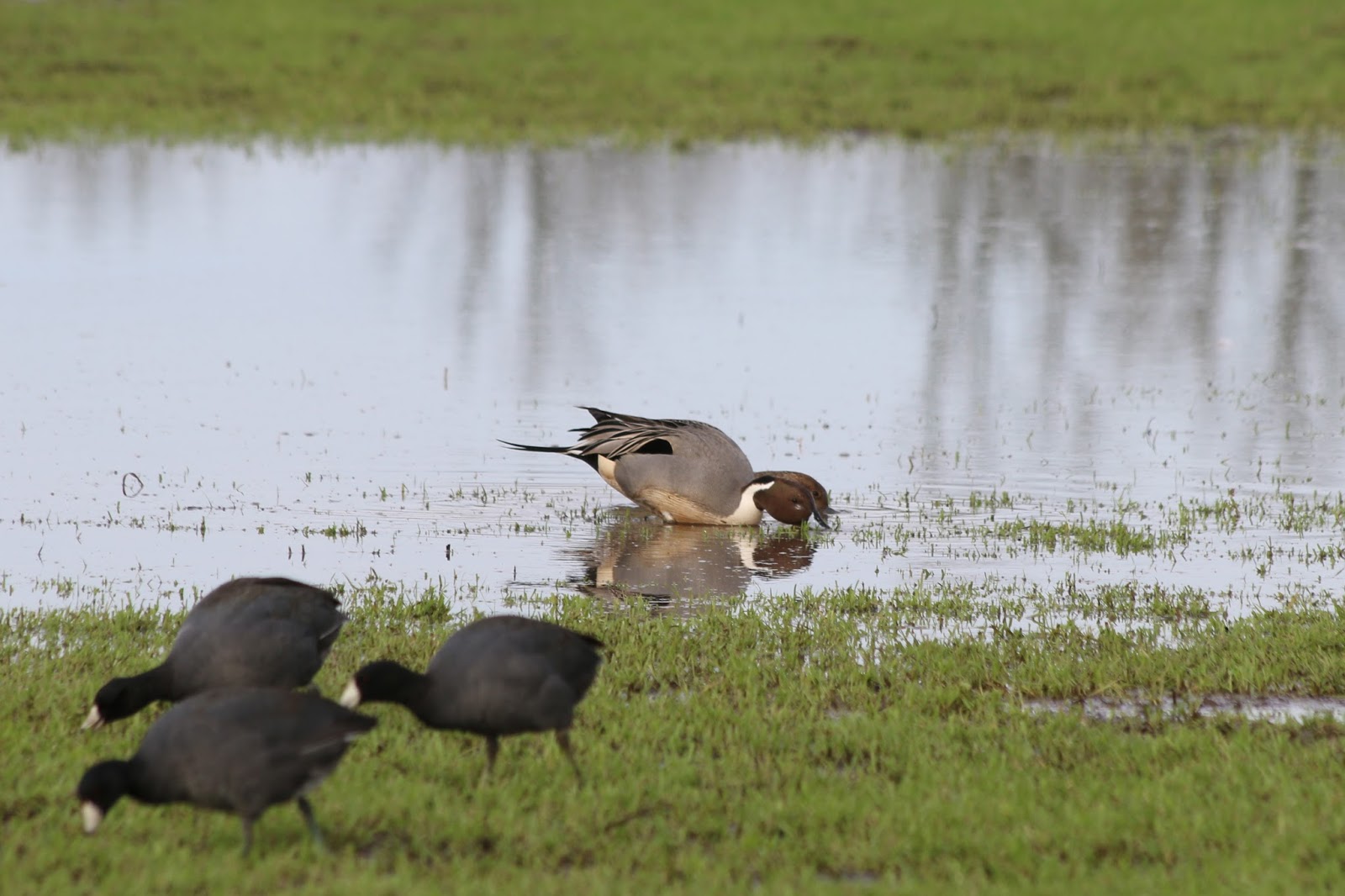 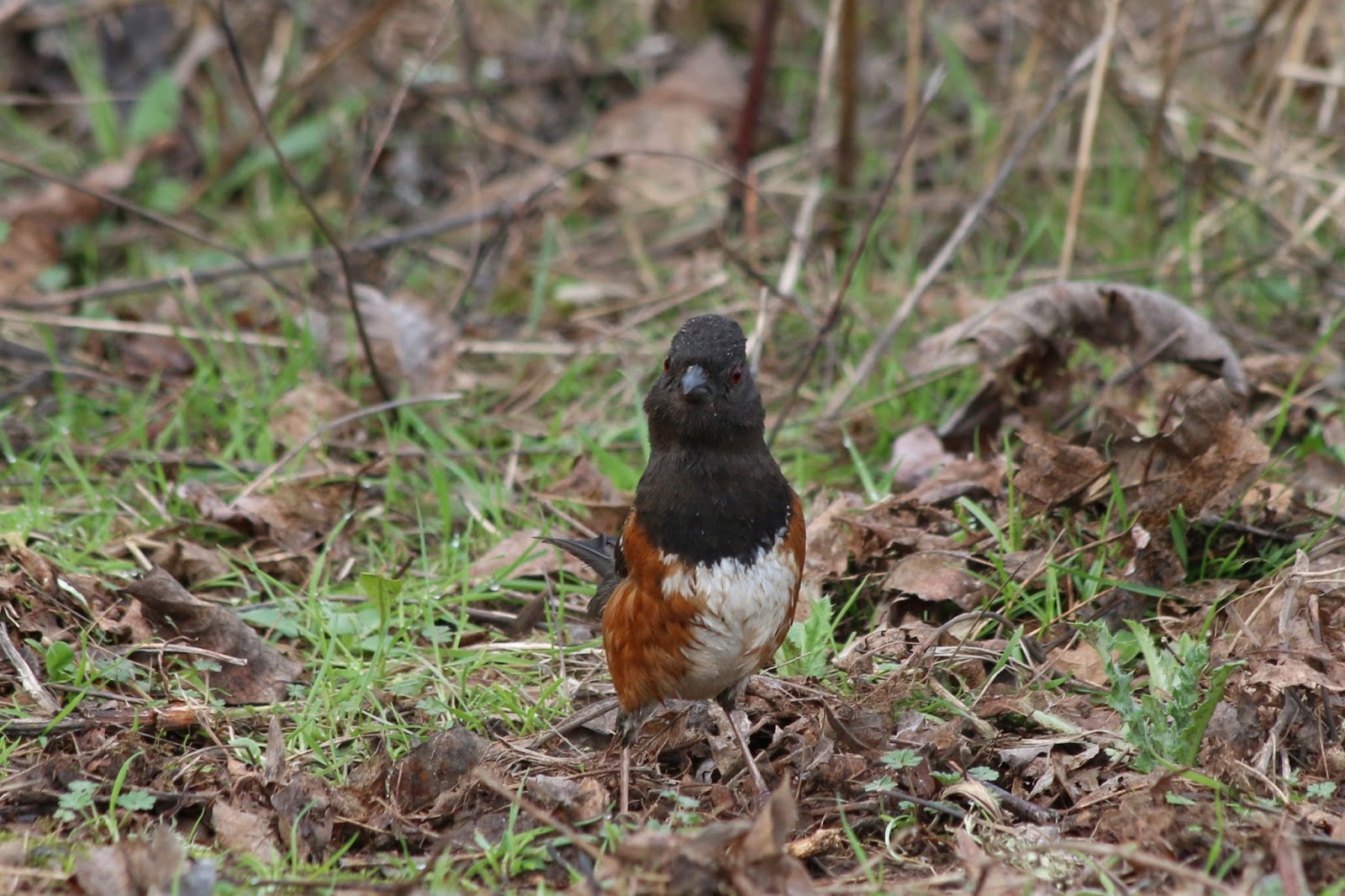 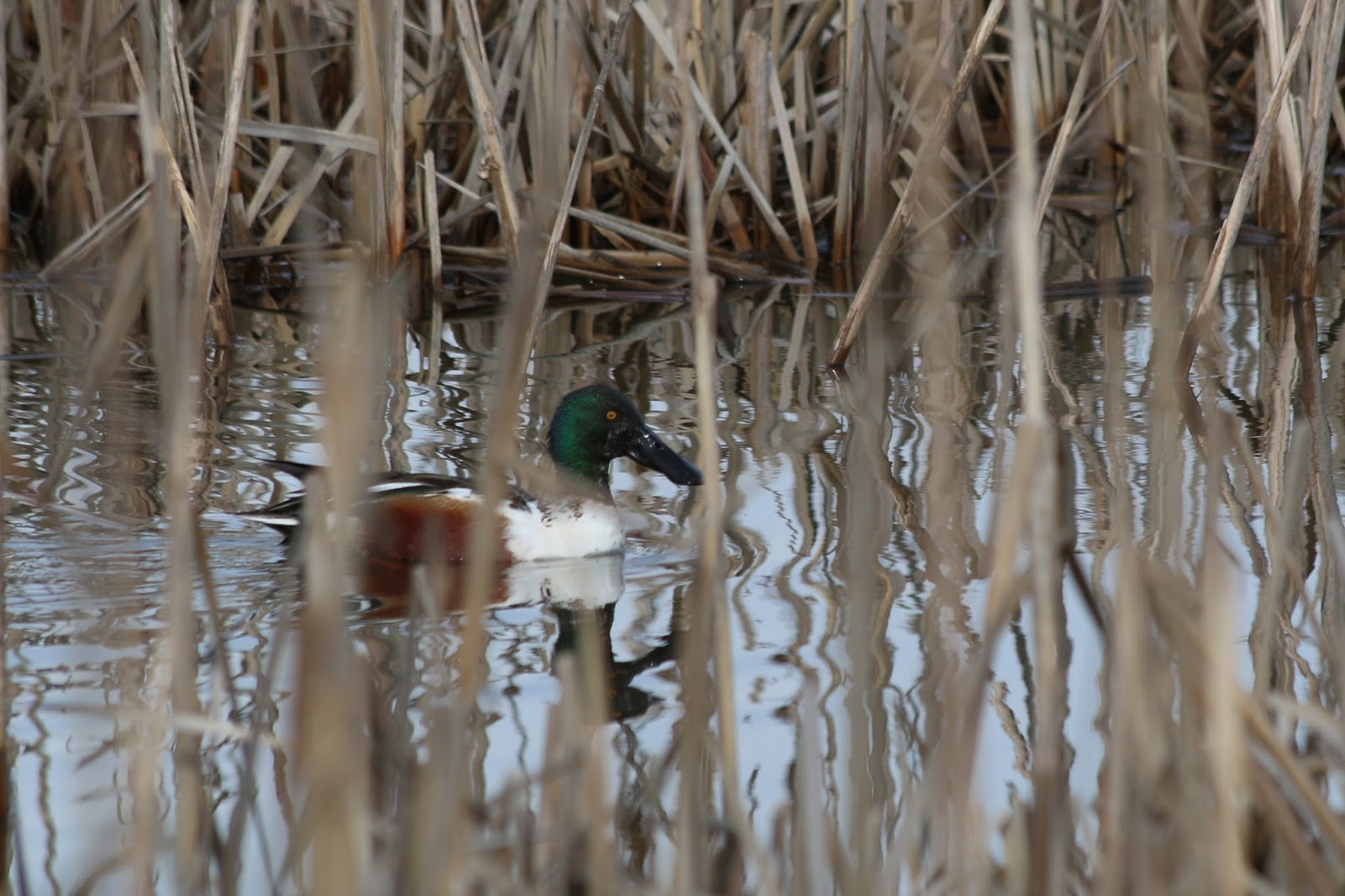 Along the road another Rough-legged Hawk was perched in a tree... 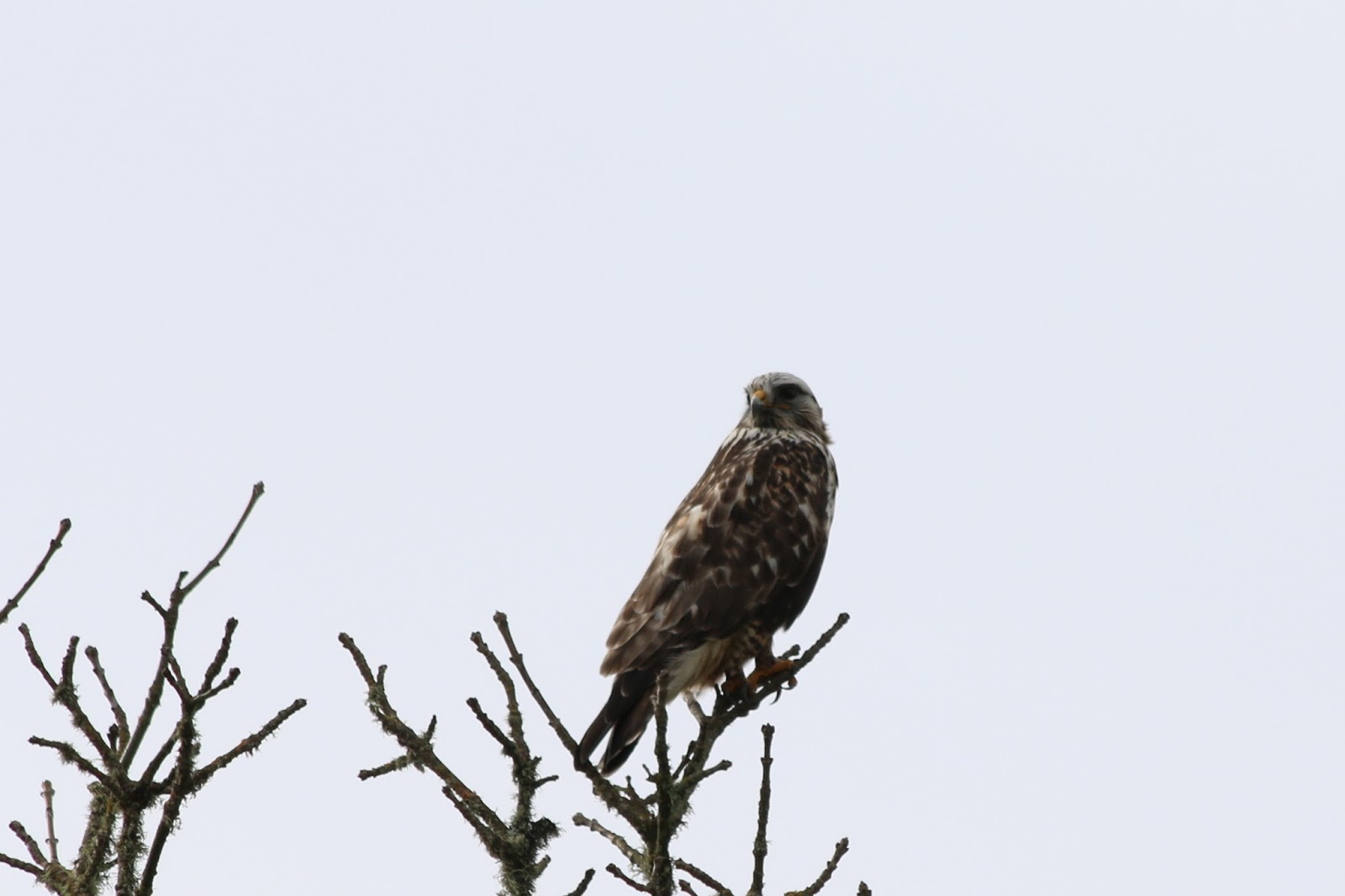 Lastly, a pair of birds gave me a bit of an ID challenge.  They're swans.  Silent swans, when seen at a distance or in flight, are not easy for me to distinguish. 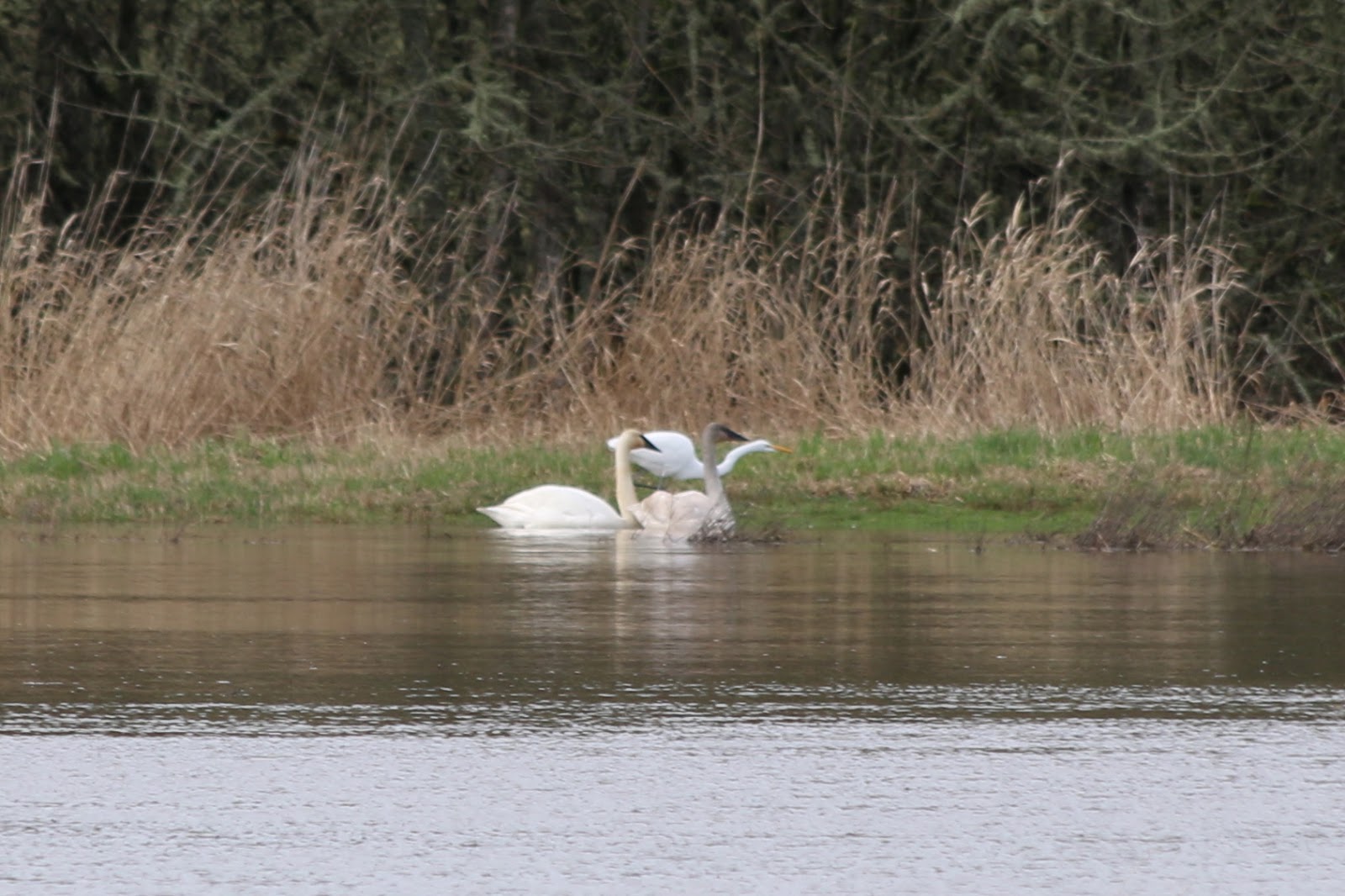 The Sibley post on this ID issue has been interesting but I'm still uncertain. 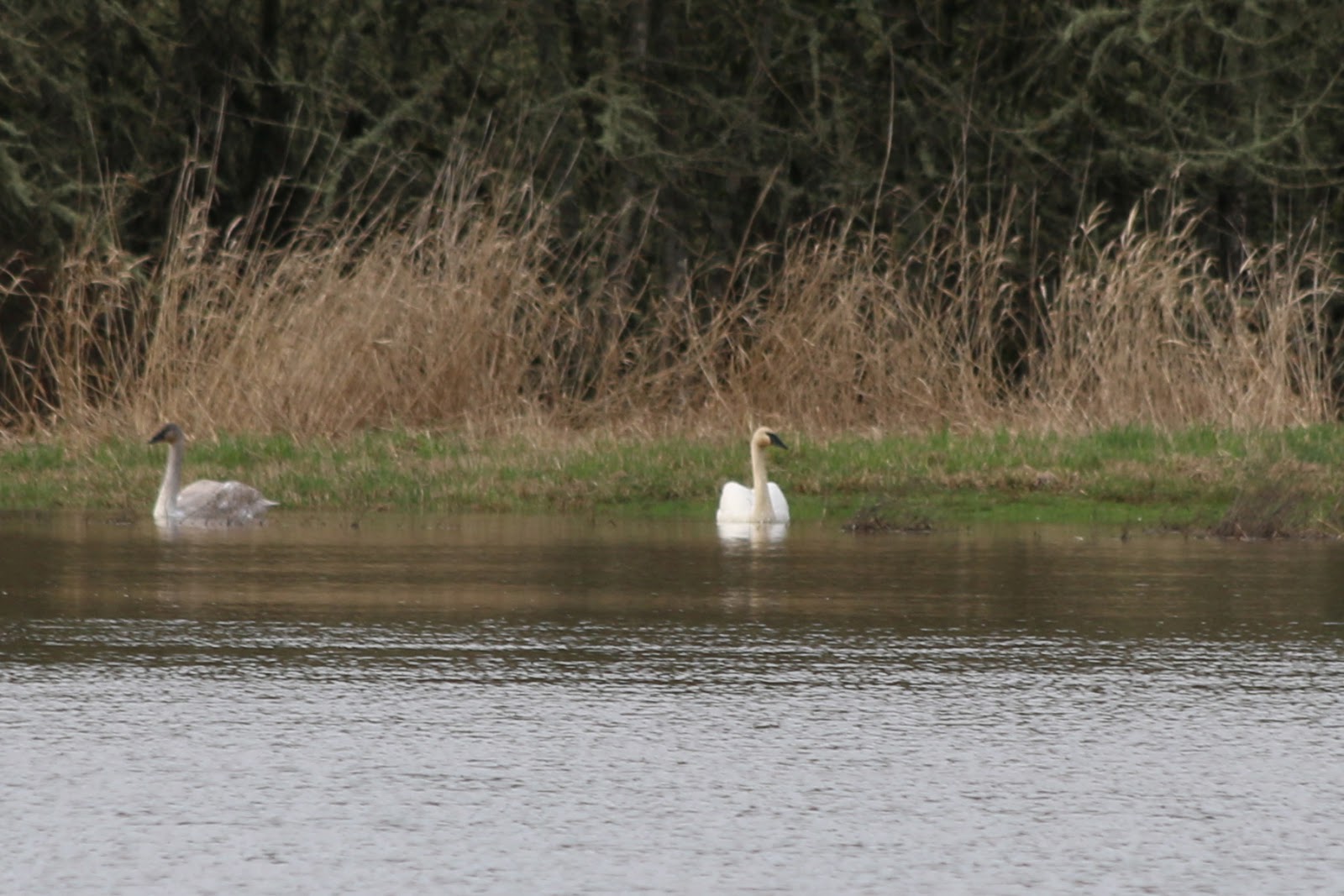 Zoomed in on the adult: 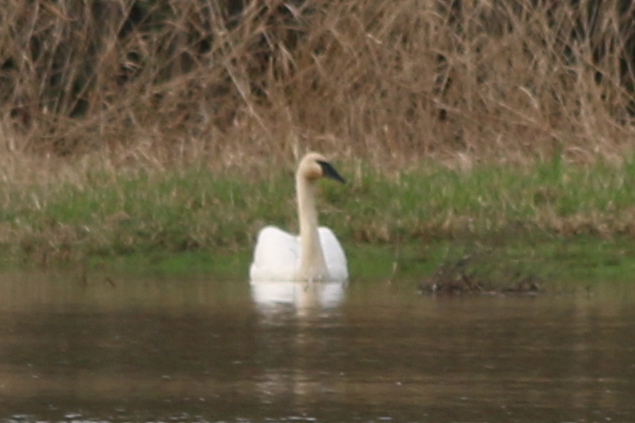 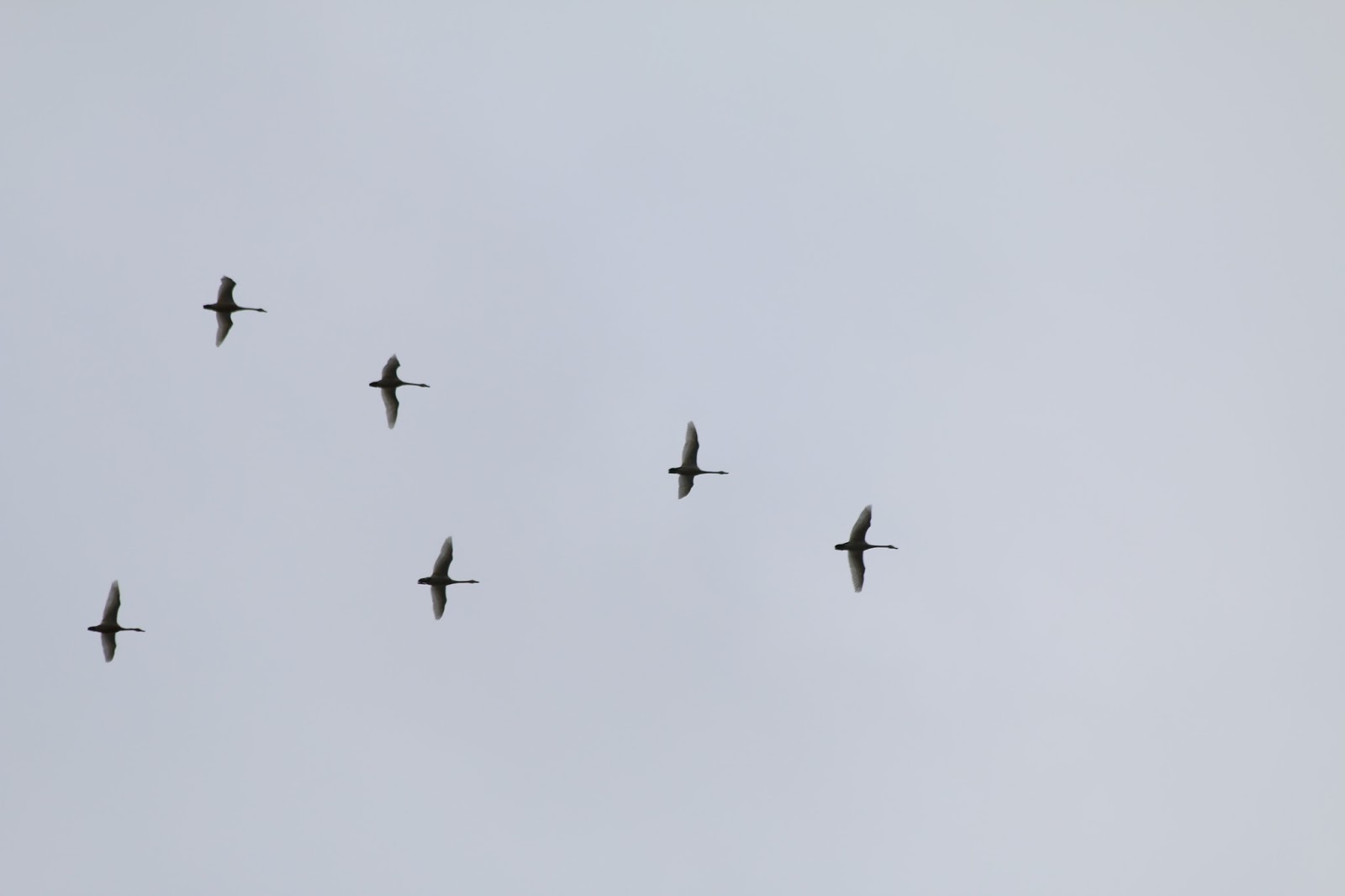 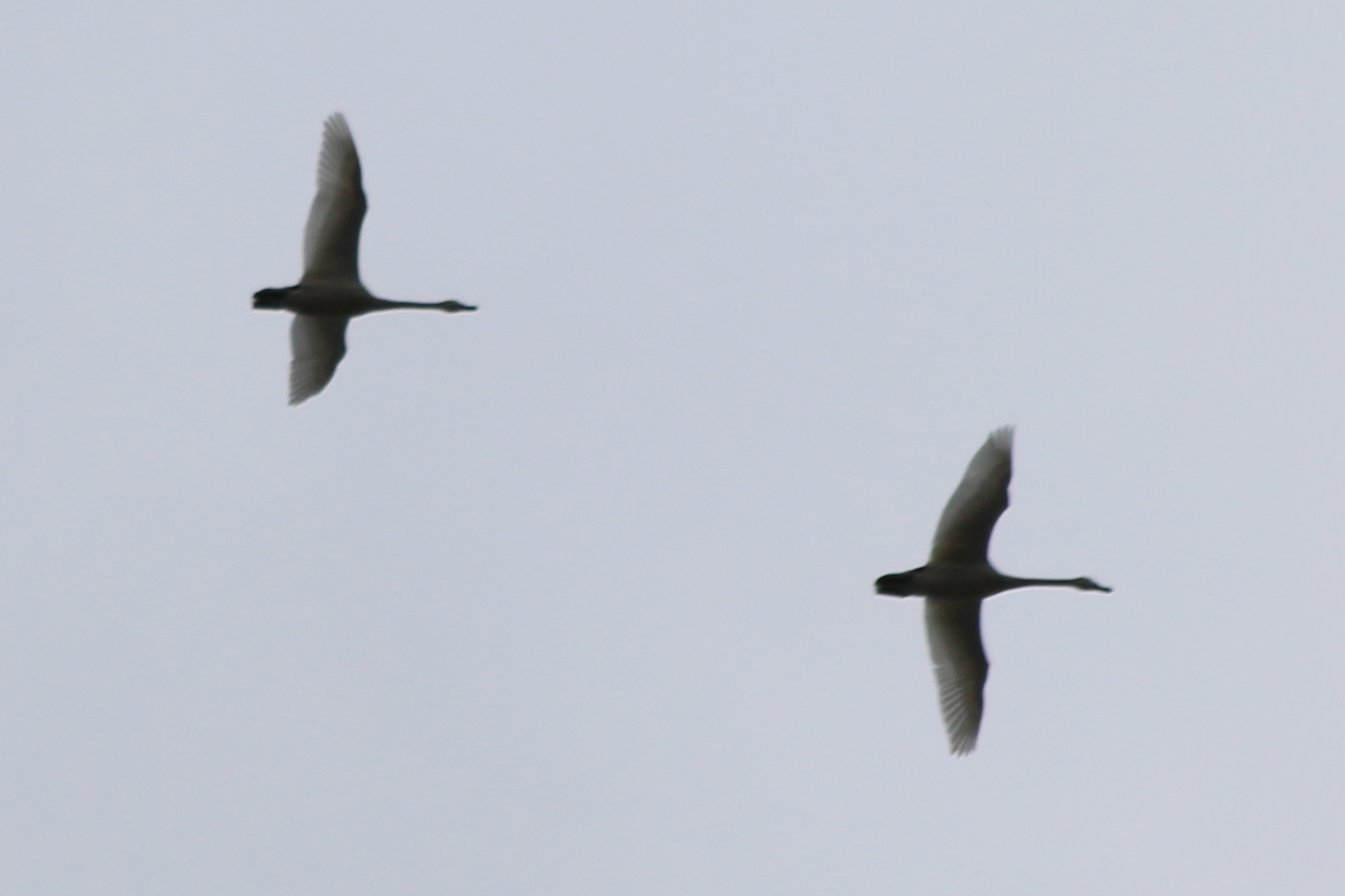 One thing Sibley mentioned that I think I see illustrated above is "Tundra has straighter neck that narrows before head."  Maybe?  Eh?  I probably should have saved swans for a separate post.  Oh well.

Anyway, it was a fun day in Benton County.  Good times!