My brother and I explored Boyd Hill Nature Preserve one morning hoping for gopher tortoises but finding only alligators, turtles, and butterflies. 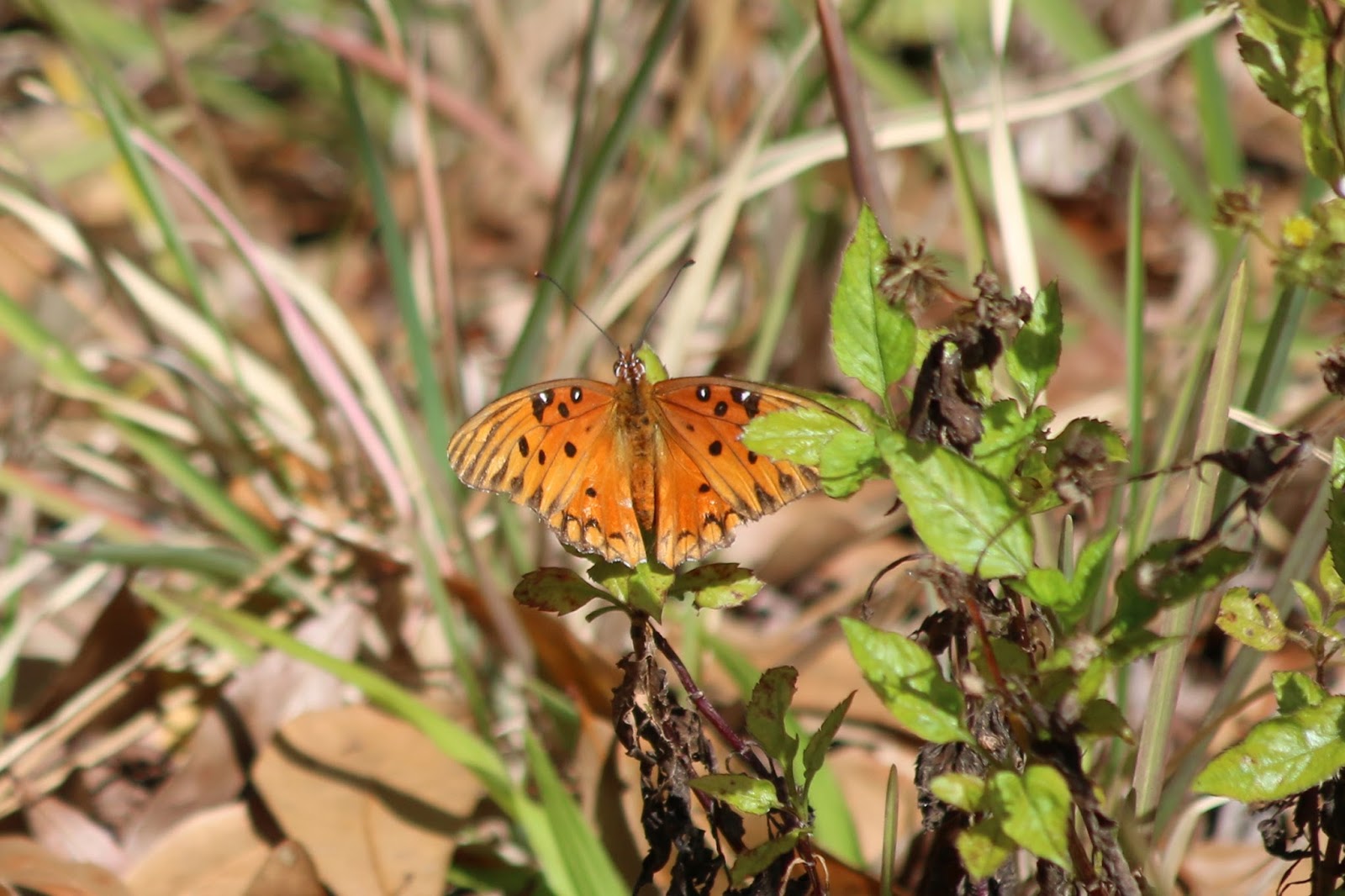 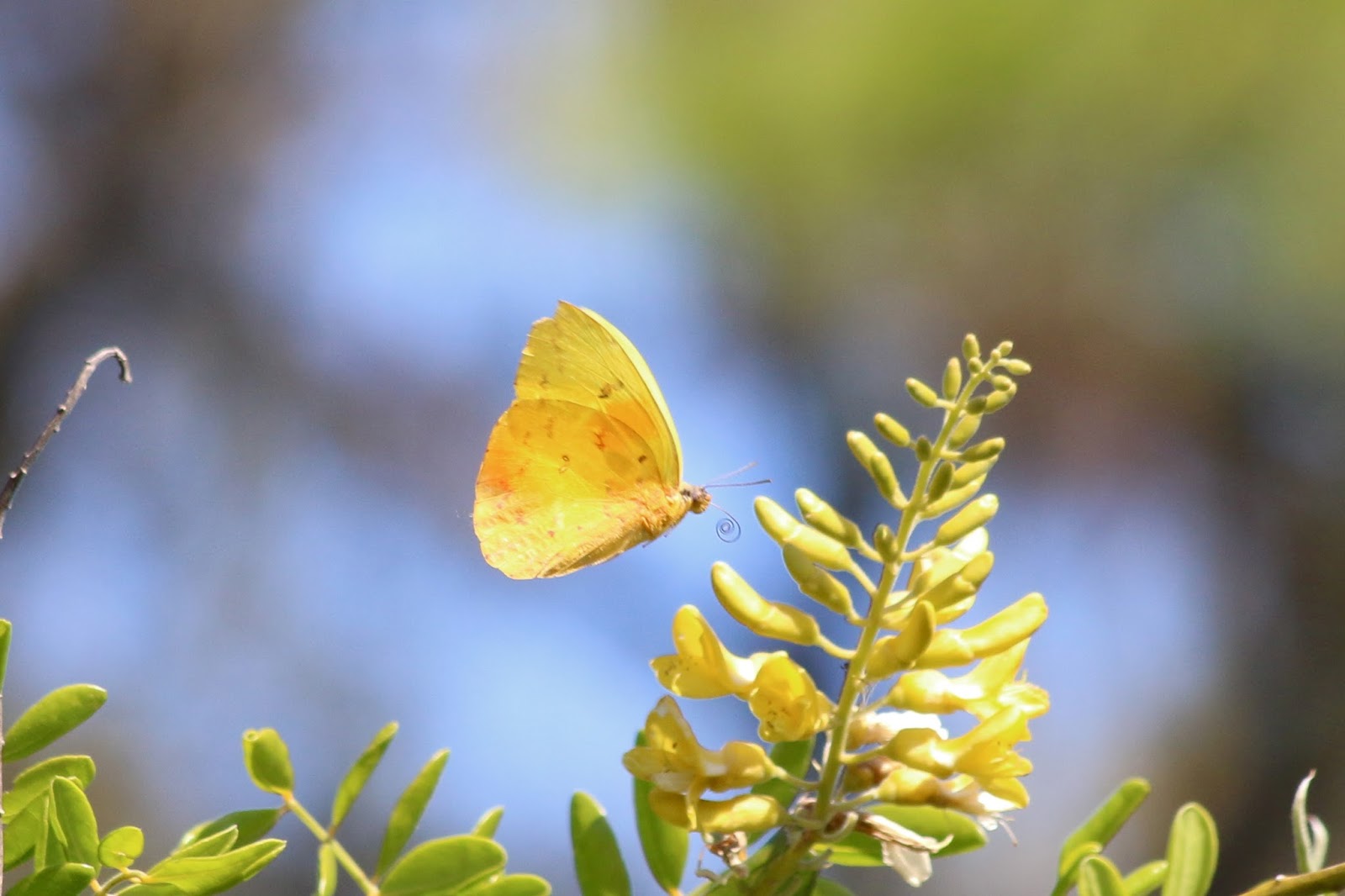 My second afternoon in Florida I had some time to kill and the worrisome and ridiculous thought that I might leave FL without seeing any Limpkins.  I checked eBird for the nearest most recent report of some and learned of Largo Central Park Nature Preserve.  Upon googling the park just now I learned that much of the park had been closed until 2013 due to arsenic contamination, perhaps a result of its landfill past.

That said, this park was golden.  Upon arriving a couple pointed me in the direction of what was probably the biggest alligator I have ever seen in the wild.  Also, the closest. 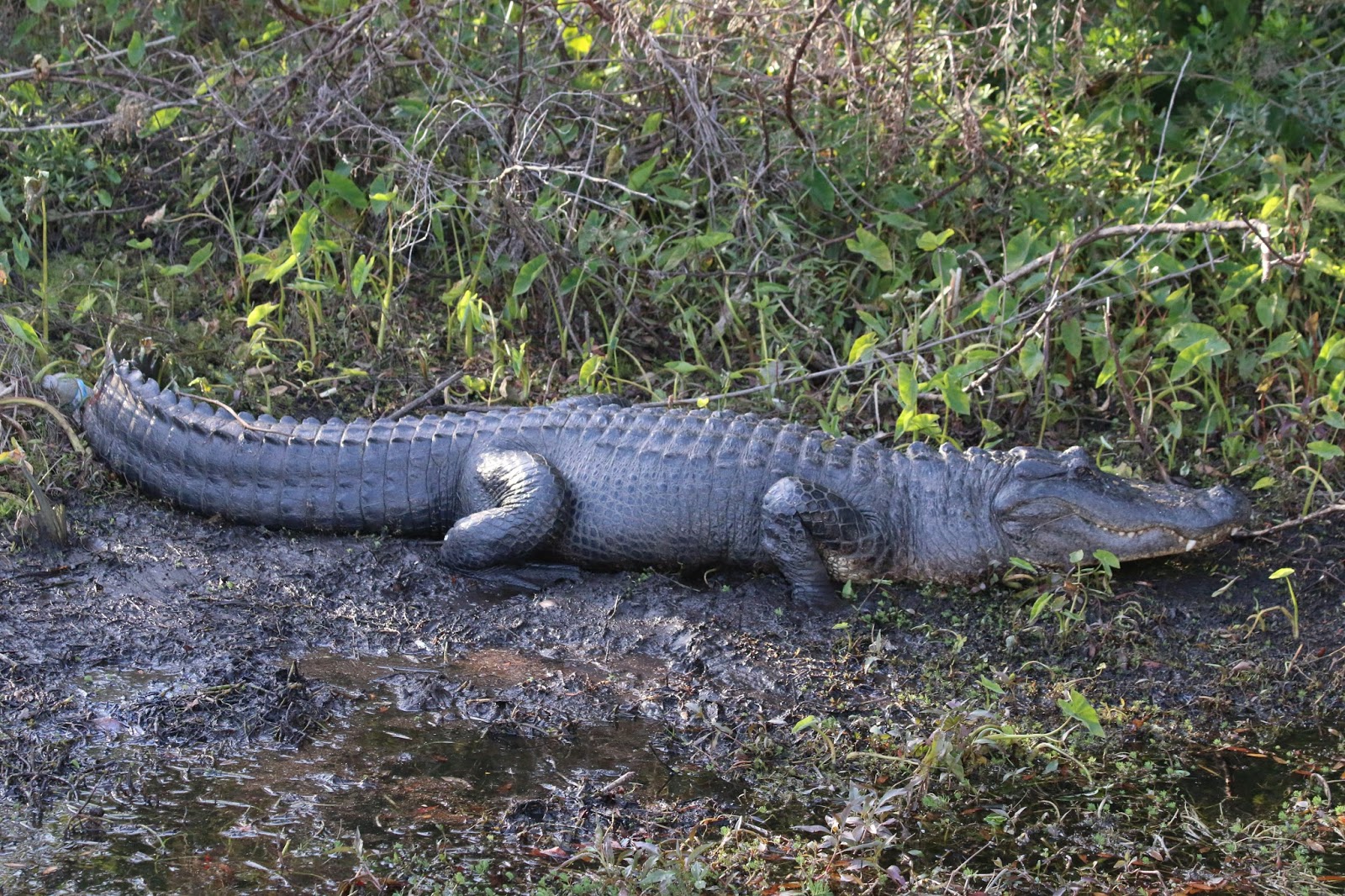 Unreal.  I walked the boardwalk trail that loops around a small pond, stopping to look at an absurdly close Yellow-crowned Night-Heron resting in a tree. 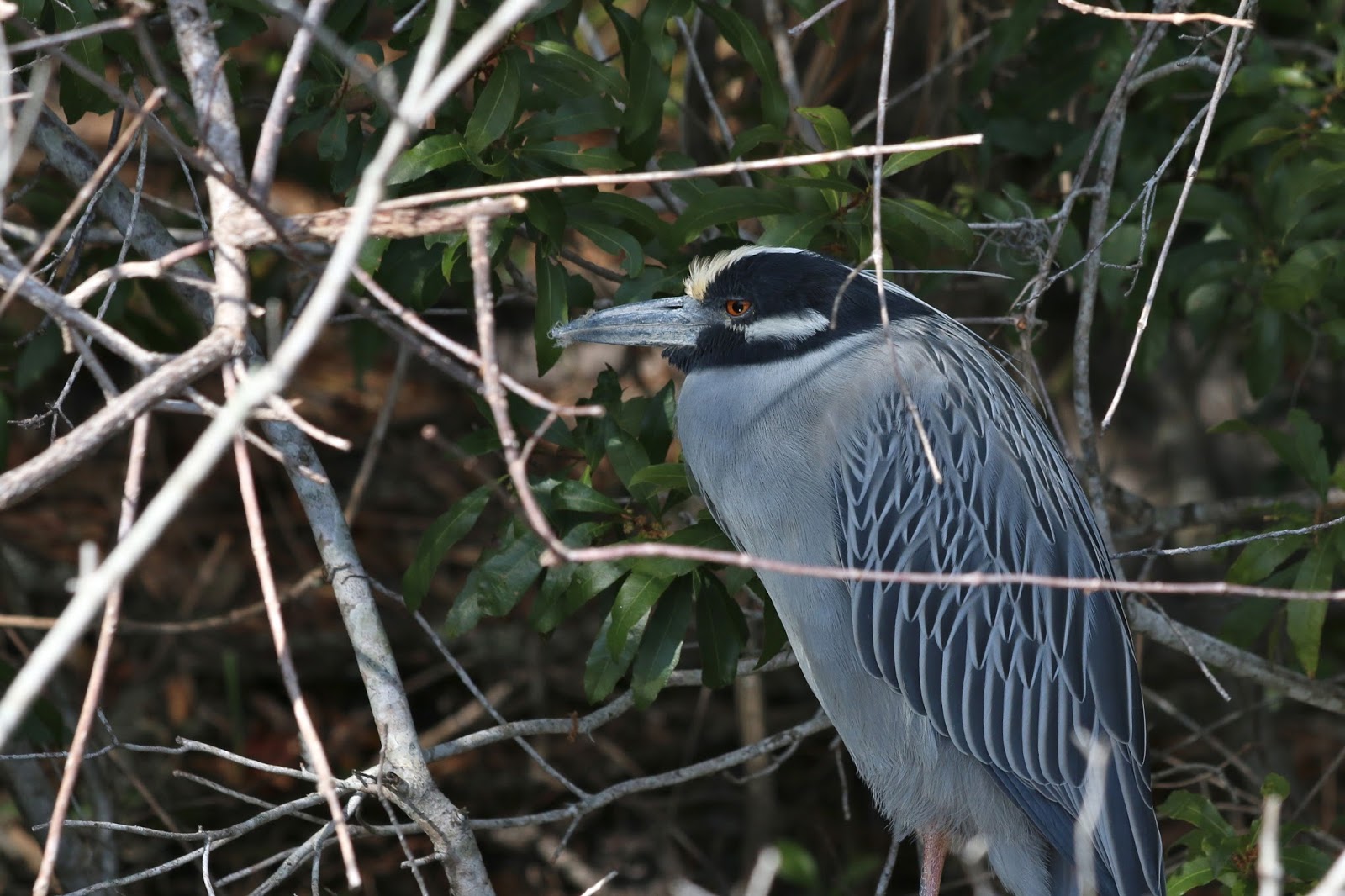 Continuing along the boardwalk I heard something rustling in the shrubs and out popped a Limpkin! 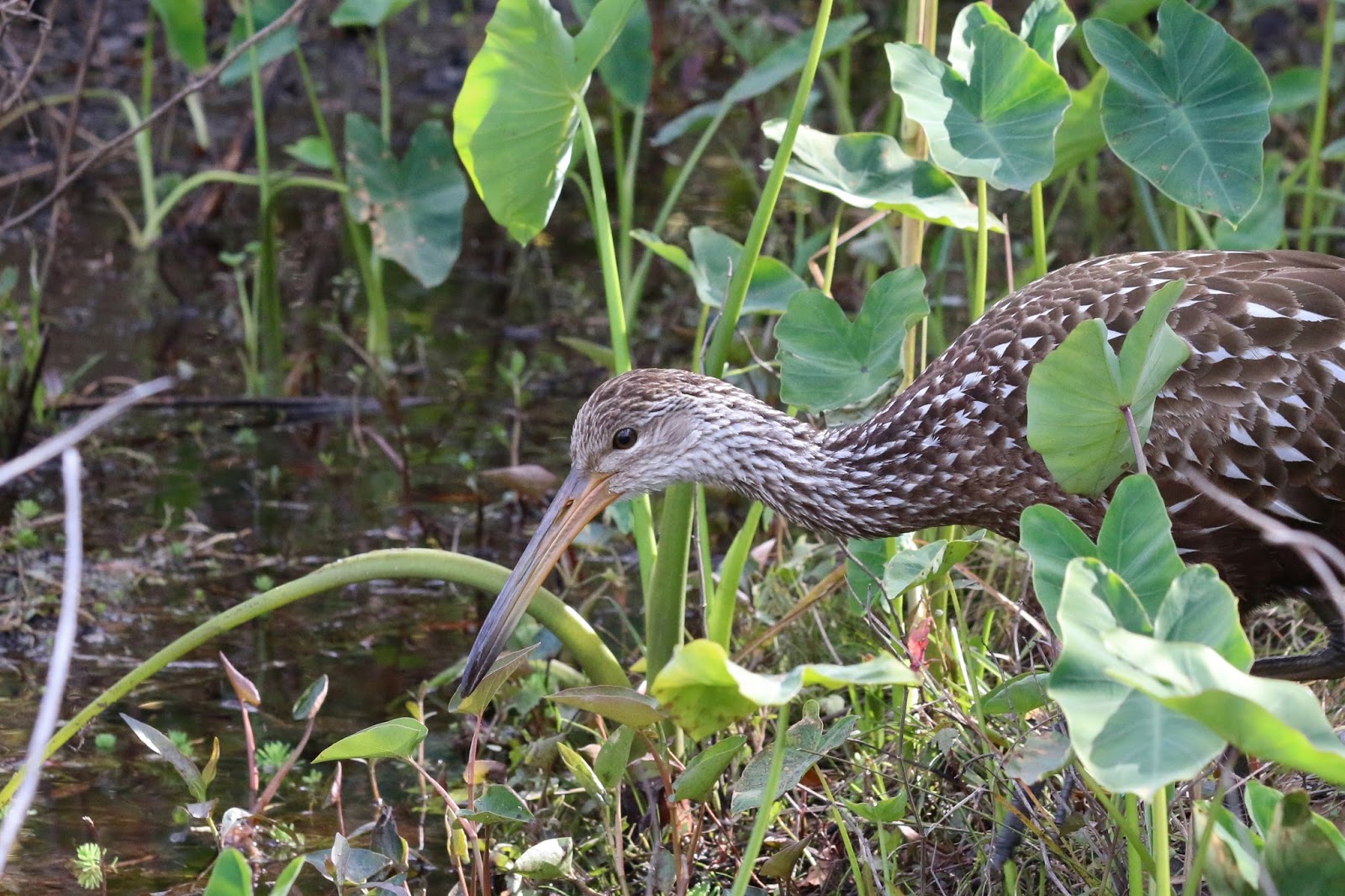 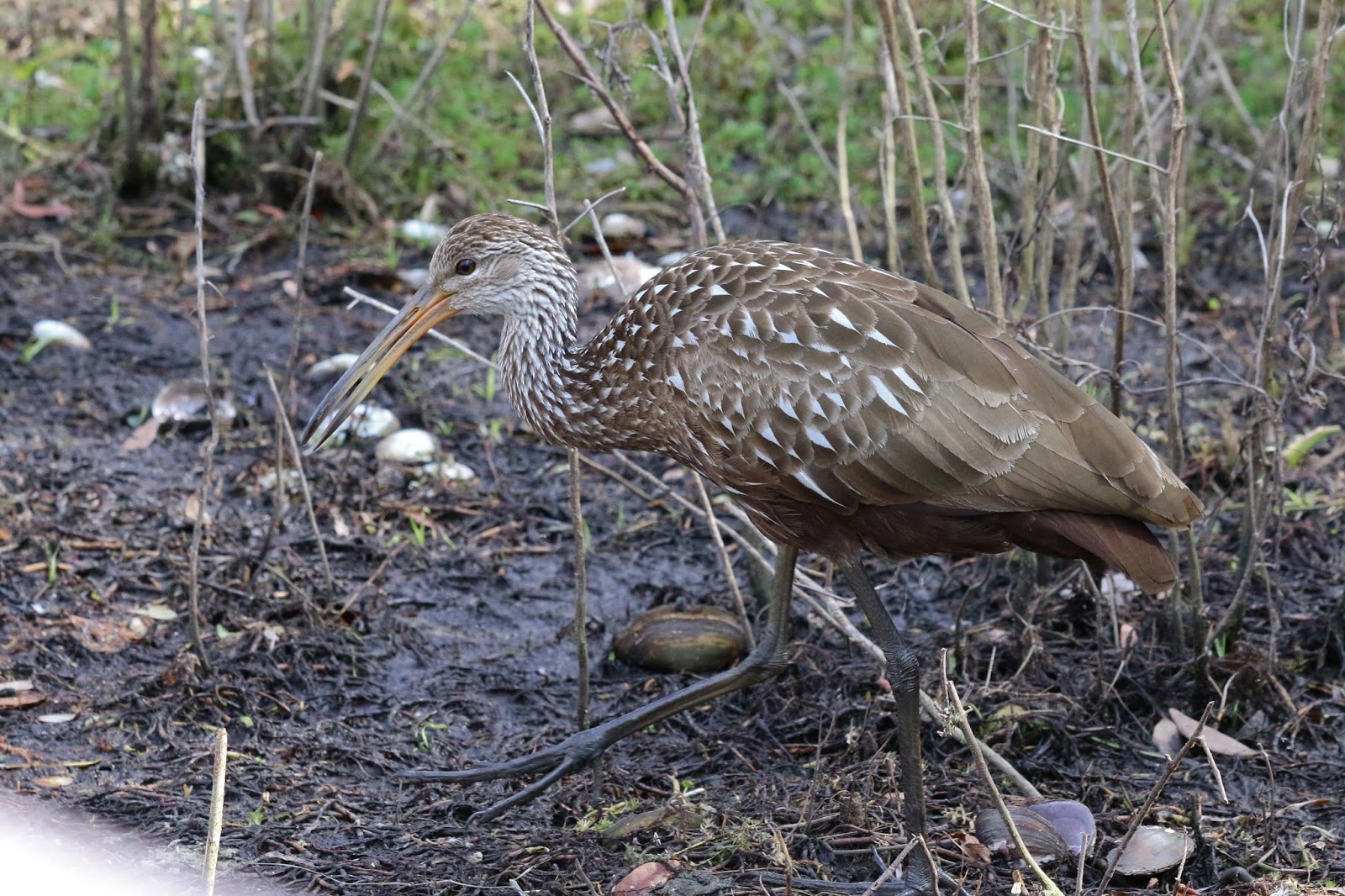 Dude wanted nothing to do with me but I was psyched and relieved to discover Limpkins do actually exist.  I followed the boardwalk back to a main trail, to a paved trail that took me by a golf course.  I messed up the exposure on a White Ibis but I kind of like how it came out anyway. 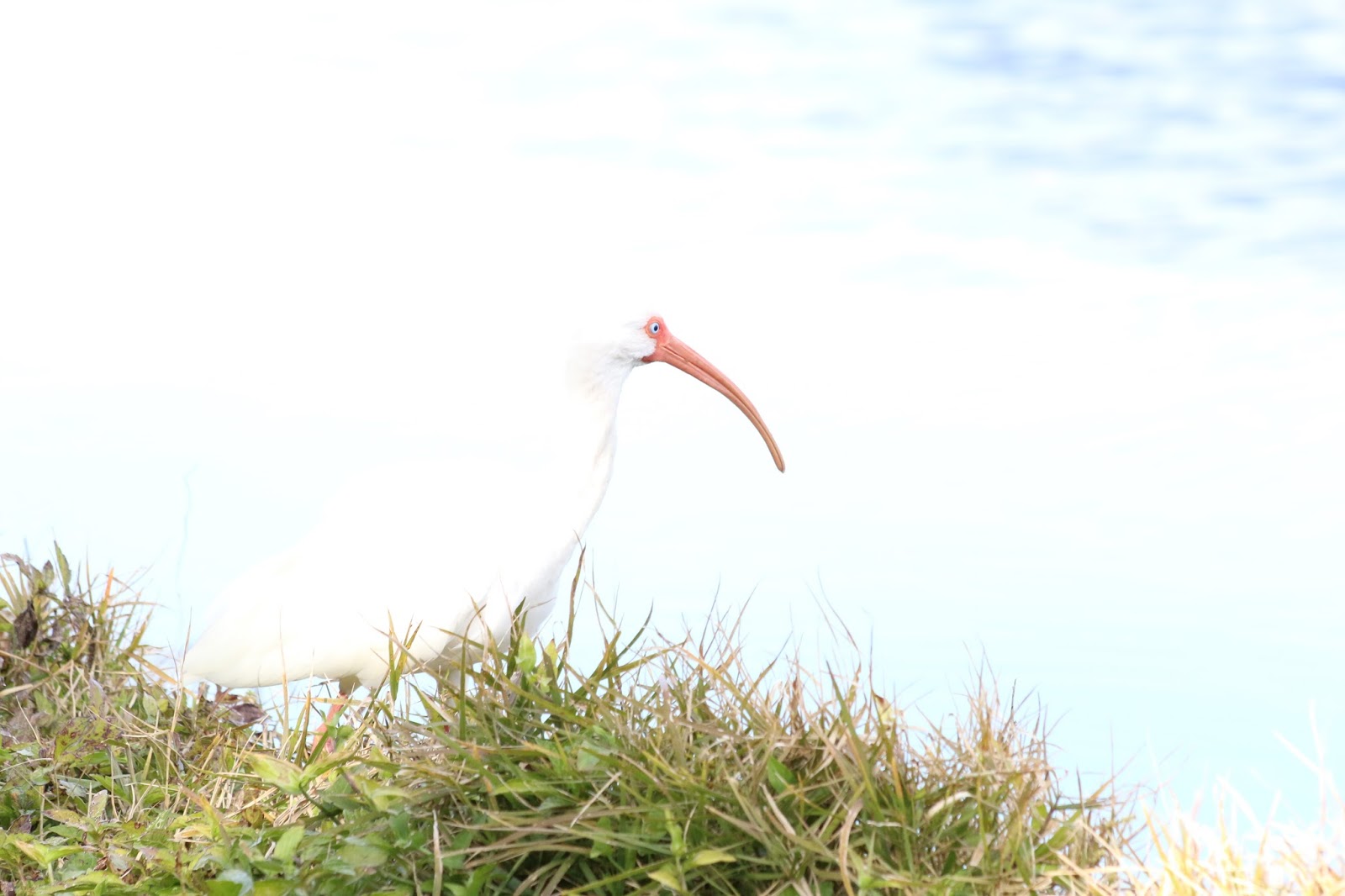 I made it to the observation tower where there was not a lot to observe, and continued on a boardwalk into the "mixed hardwood" swamp. 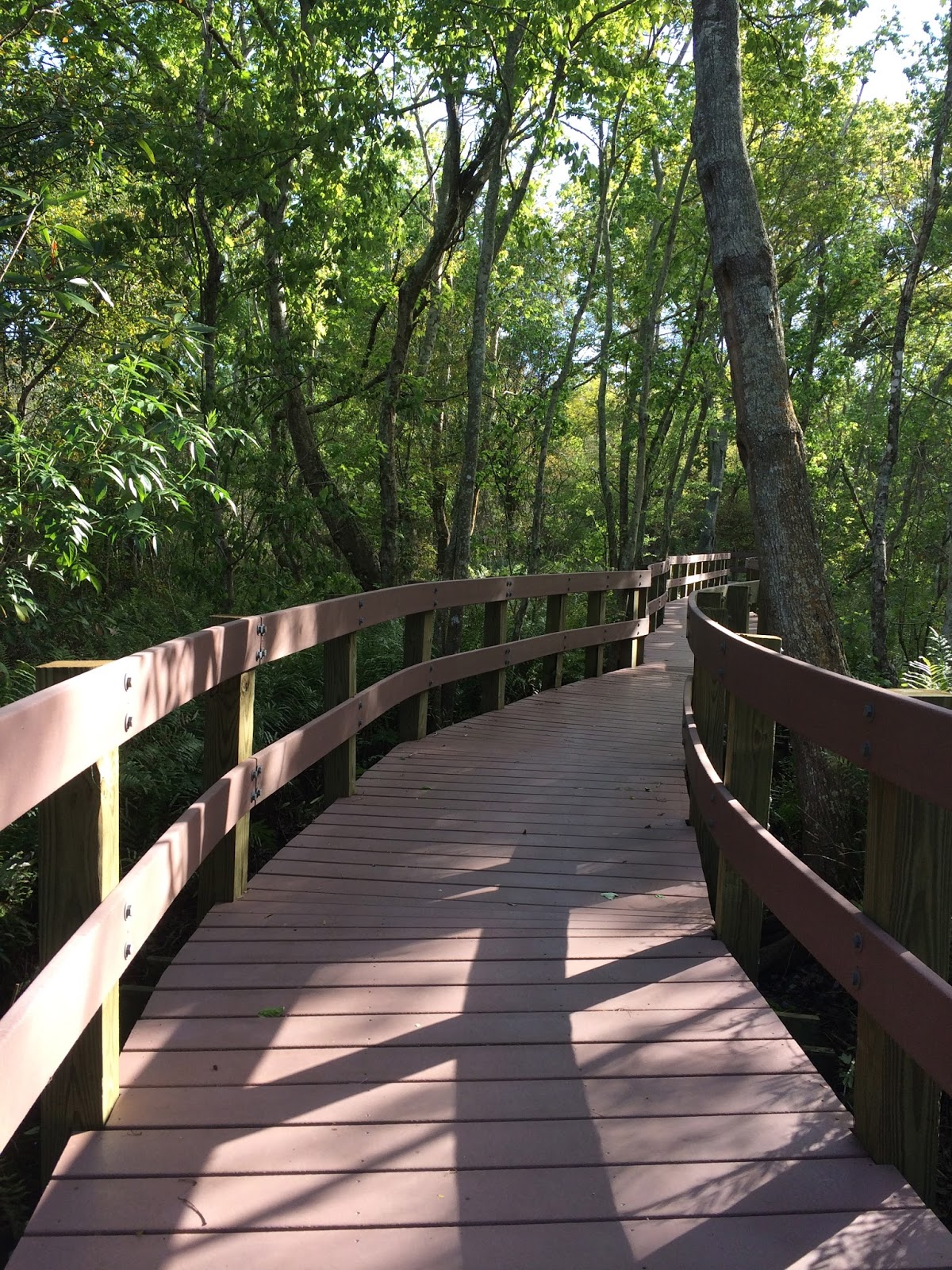 Lizards were abundant on boardwalks everywhere, but this was the only place I saw a skink. 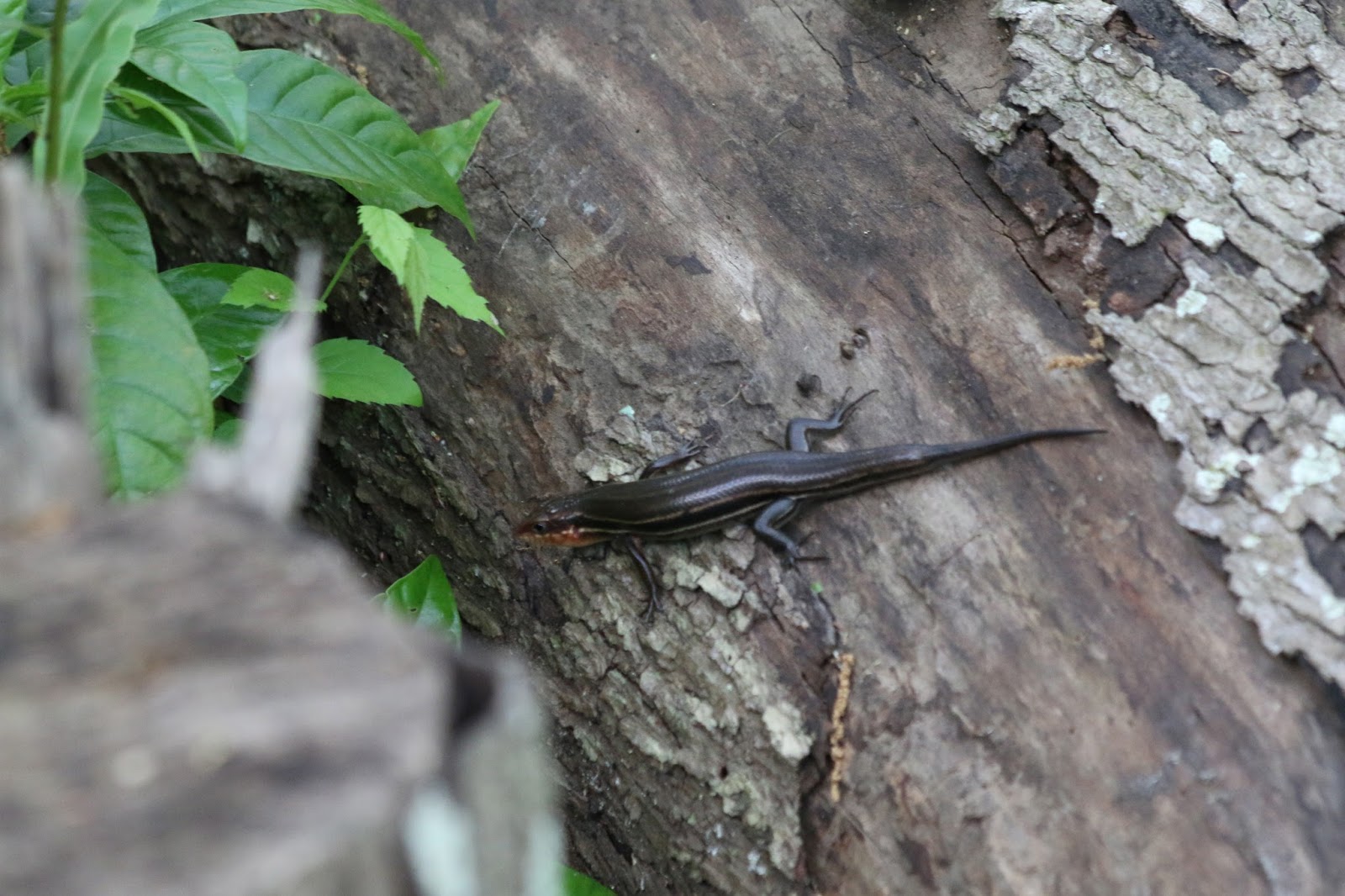 I am failing at identifying which skink, but a skink nonetheless.  Here are a couple boardwalk anole lizards while I'm at it... 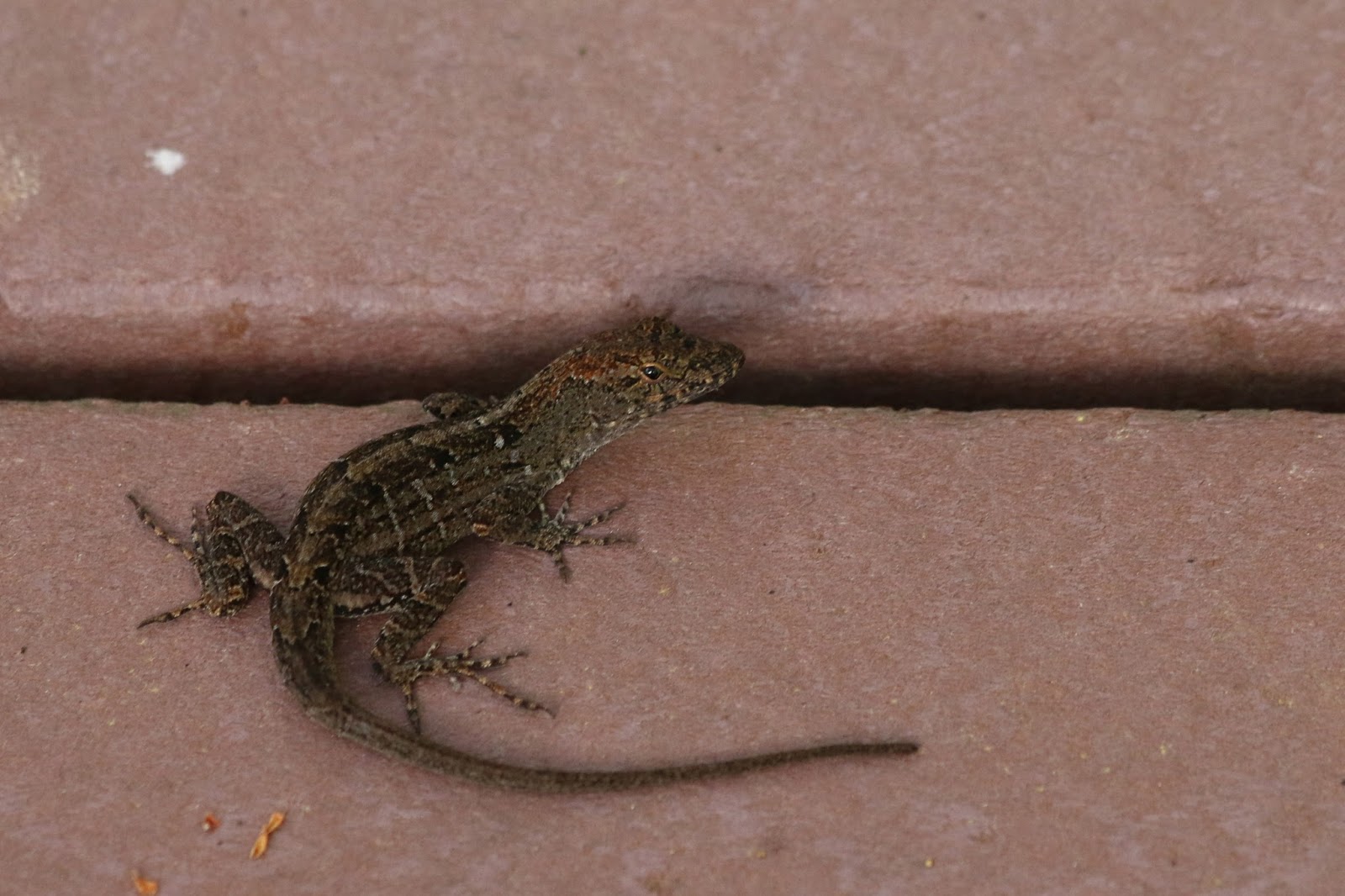 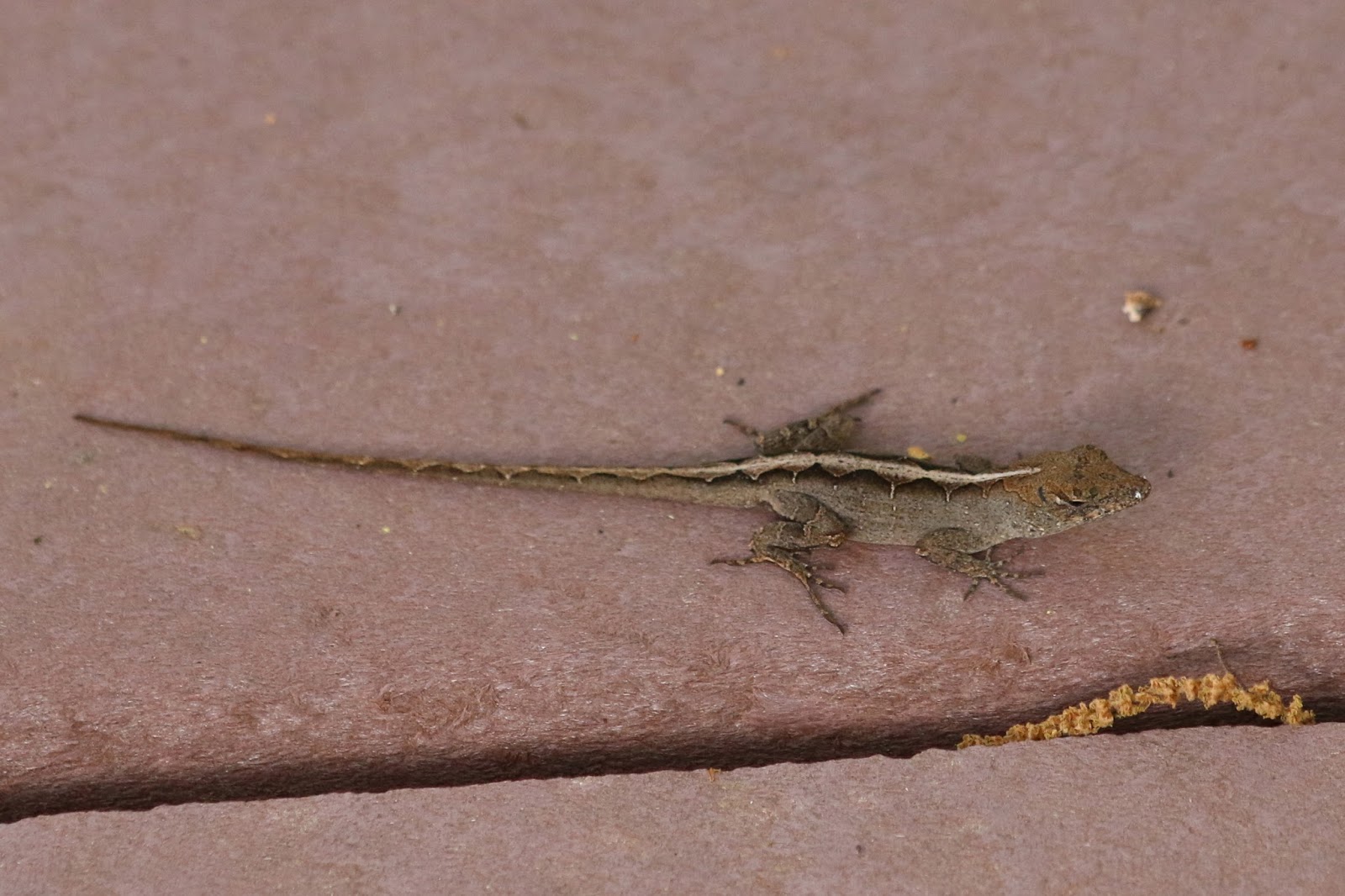 Largo Central Park is where I was introduced to a ridiculously cute mammal:  the marsh rabbit.  These buggers were scurrying through shrubs in the swamp constantly, rarely freezing to make a photo possible.  This was the best I got: 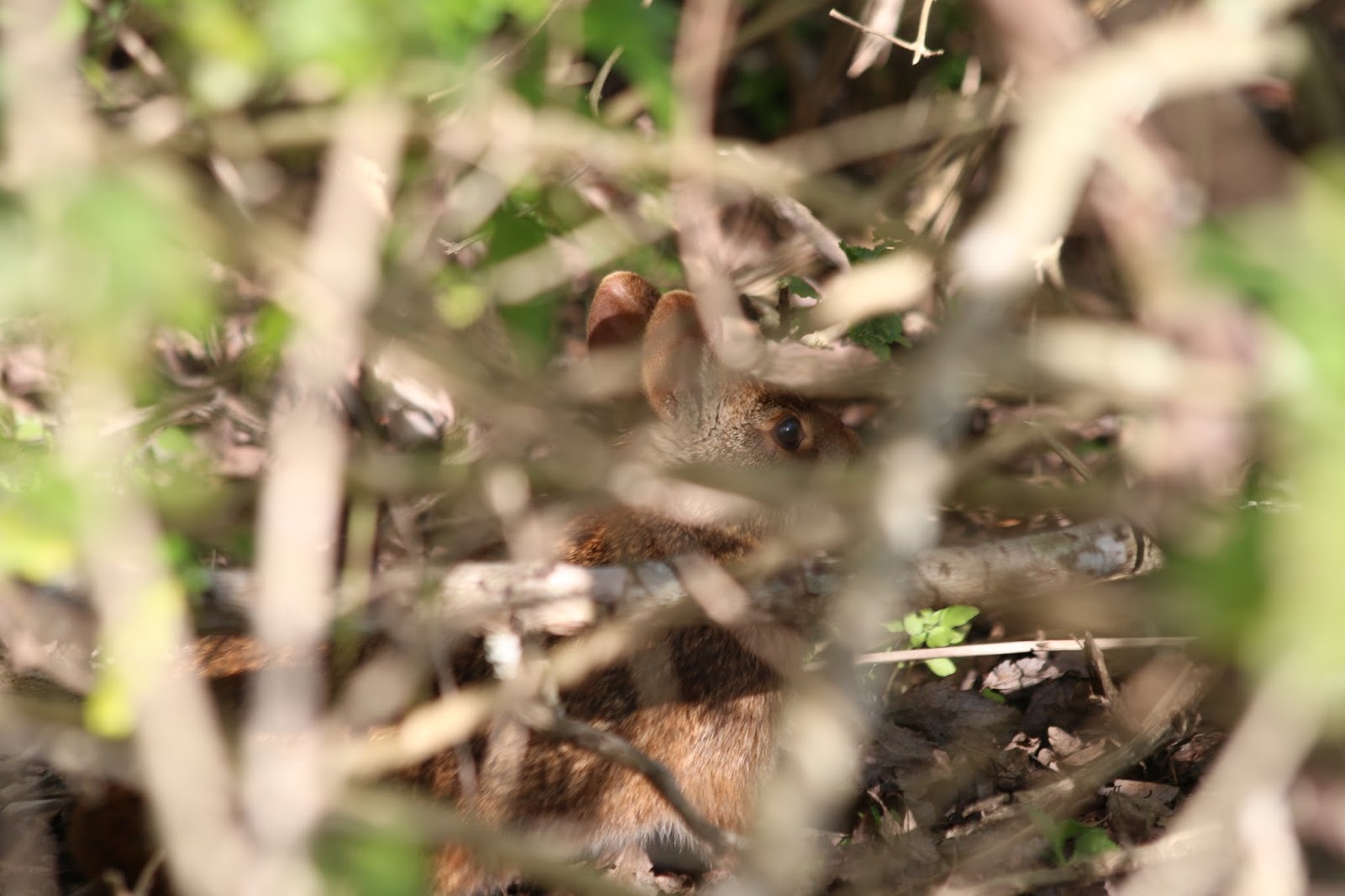 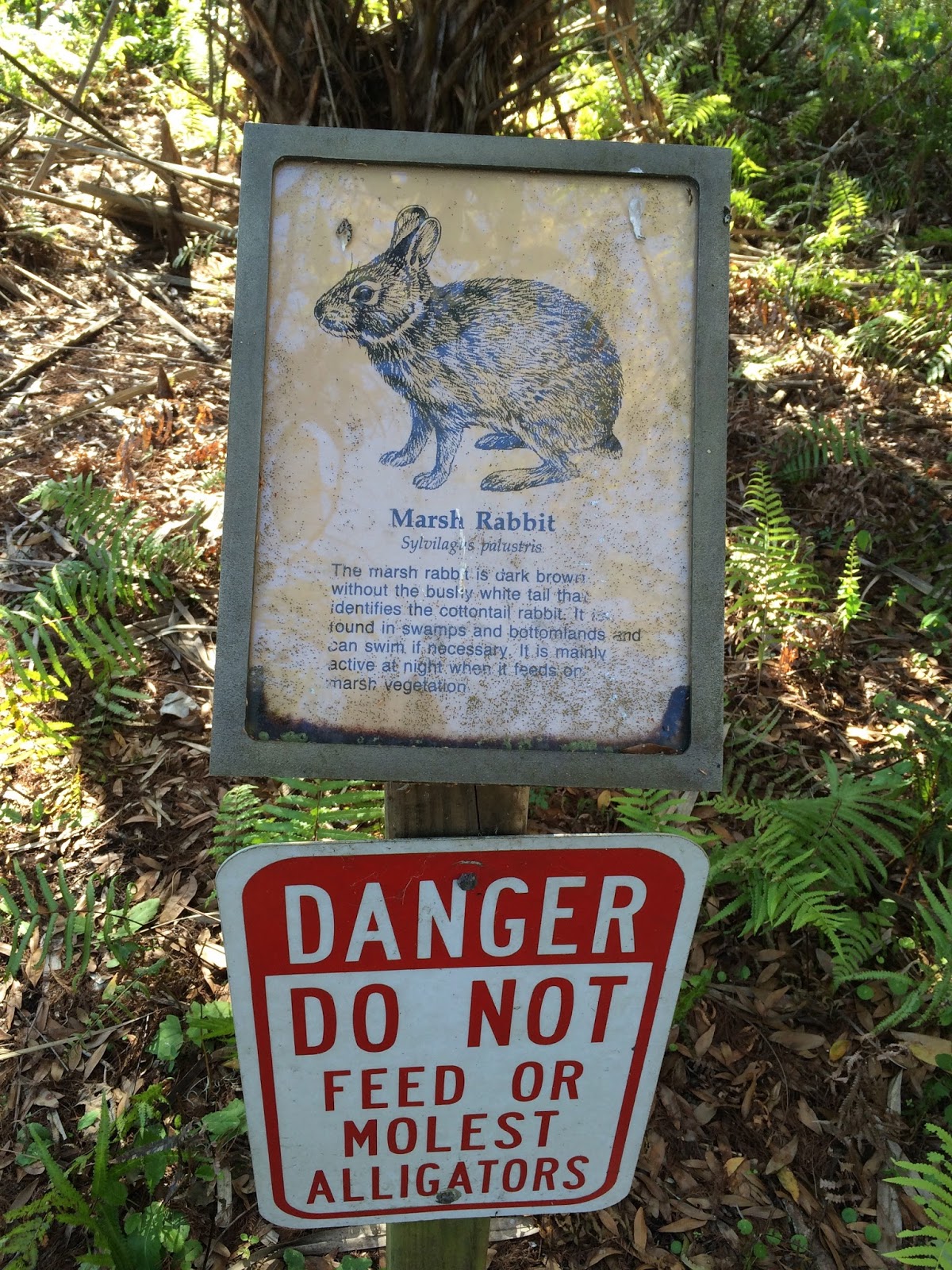 This park was the only place I had good looks at parakeets.  Monk Parakeets and Nanday Parakeets (also known as Black-hooded Parakeets) were flying over constantly, heading from powerlines to the substation or whatever nearby. 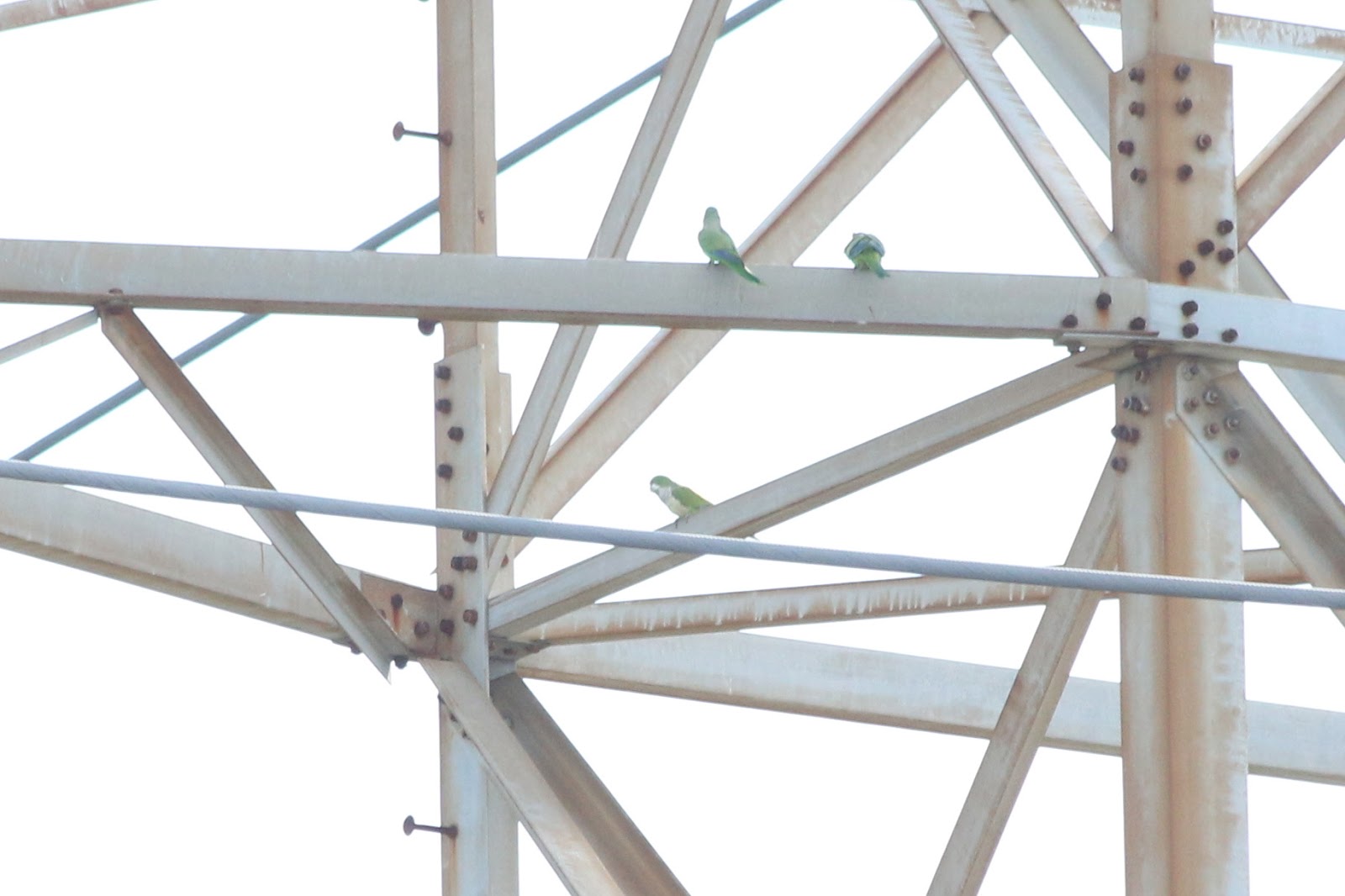 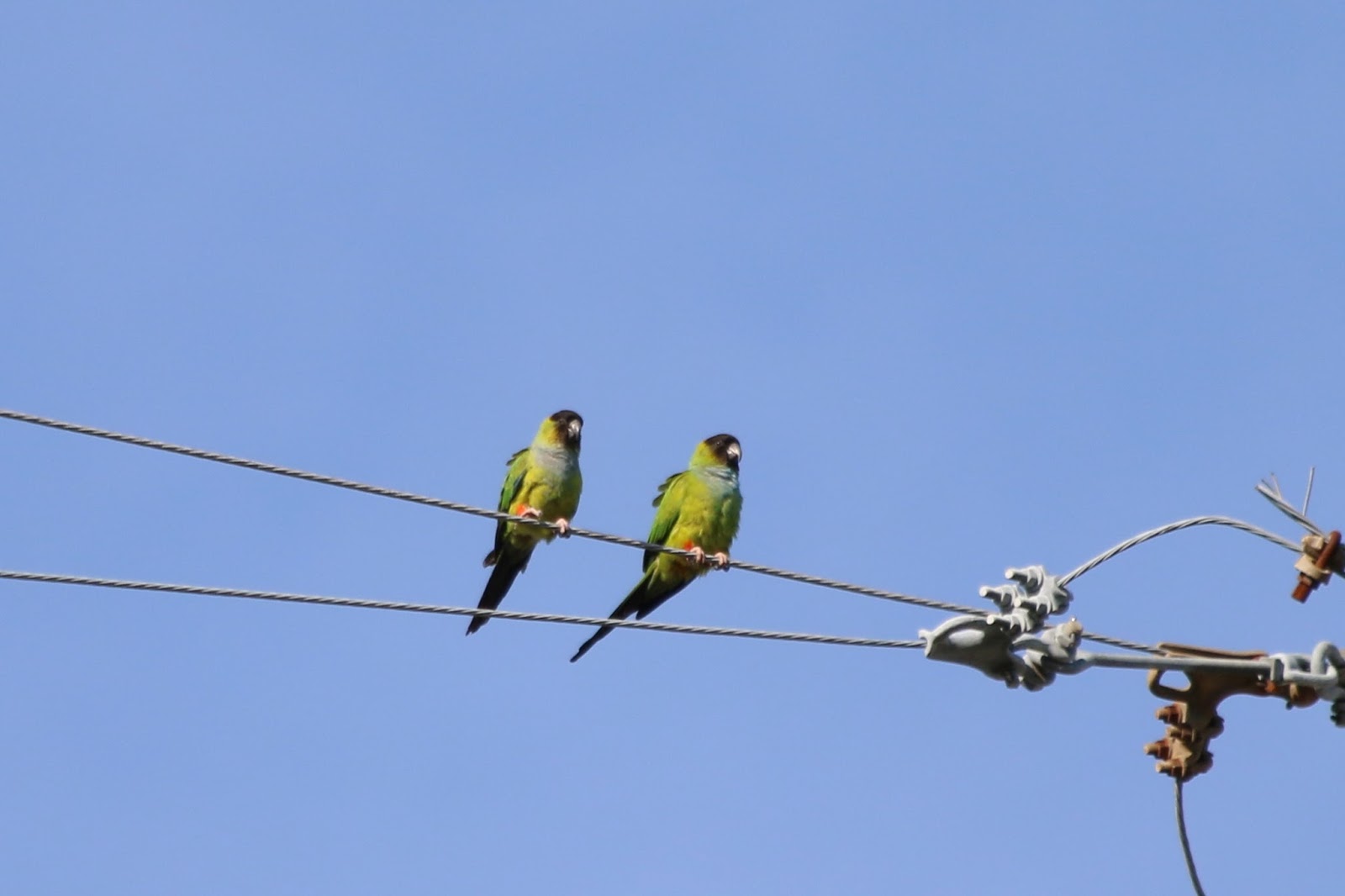 Both of these parakeets belong in South America but have weaseled their way into the official ABA checklist.


Before leaving Largo Central Park I made a second trip by the gator to see what he was up to and found an Anhinga perched on the railing.  I walked by about five feet from the bird and it barely looked at me. 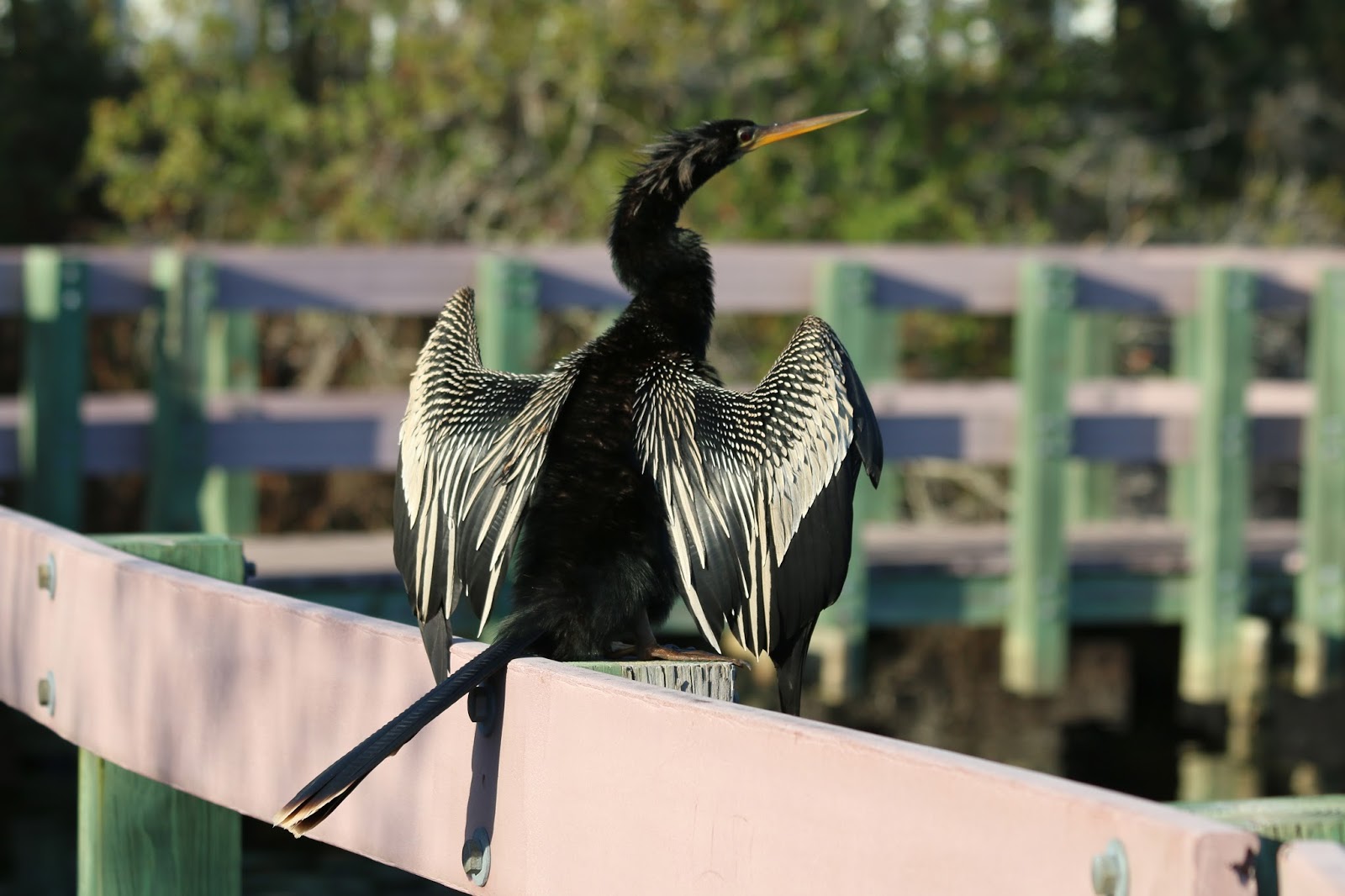 Not bad for a formerly arsenic-riddled park!

My last day in Florida I got up early to drive an hour south to Oscar Scherer State Park in Sarasota County in hopes of finding Florida Scrub-Jays.  I arrived by 7:30 which was useless because the gate was locked.  Had I consulted my "A Birder's Guide to Florida" I would have learned they opened at 8:00.  Consulting the park website, I learned no such thing.  I was not alone and I waited with three other cars for someone to let us in. 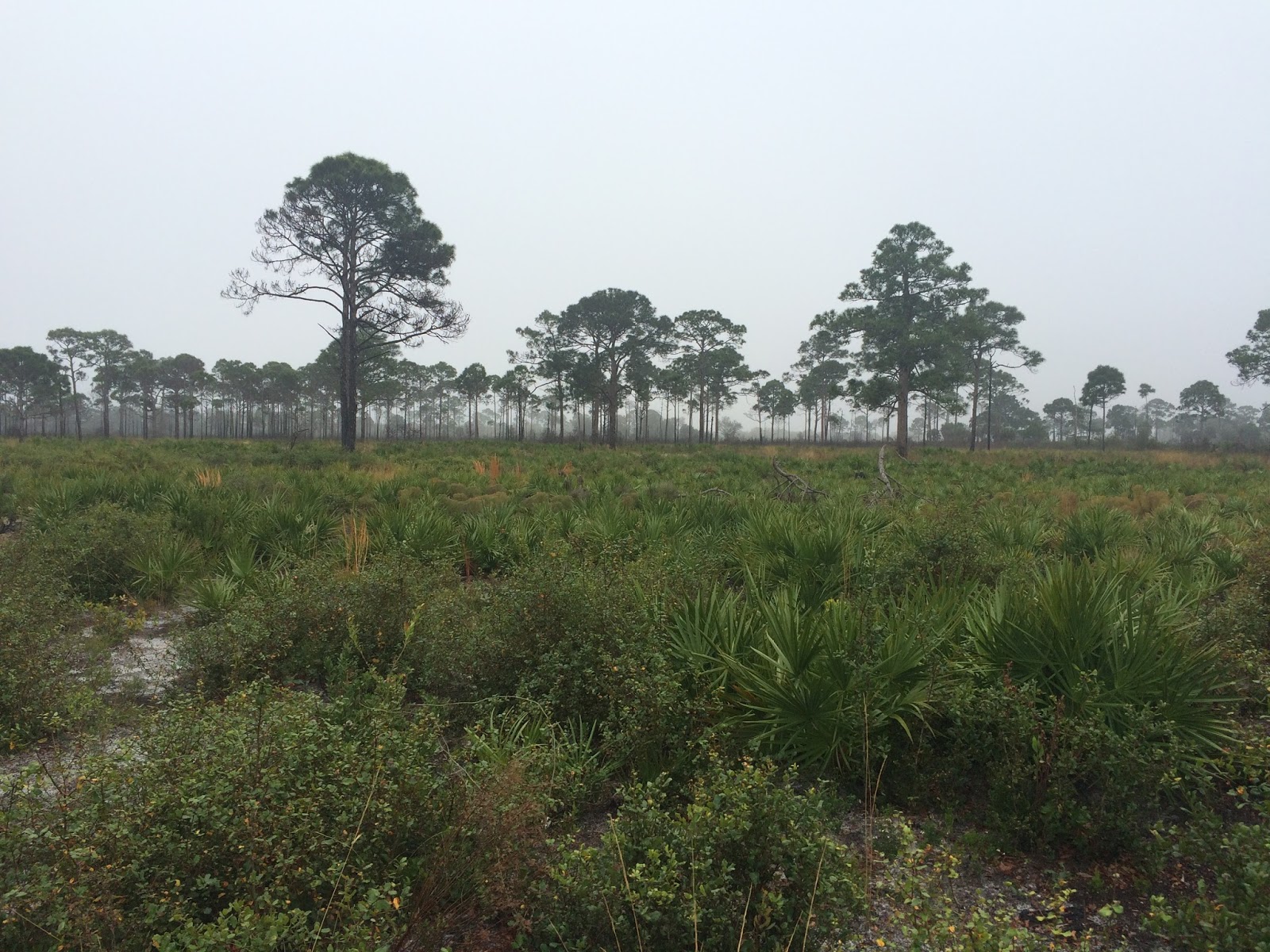 It was a foggy and drippy morning, where it wasn't raining but everything was wet.  Kind of Portland-esque.  I followed the Green Trail that promised the best scrub-jay habitat and quickly found a couple of distant birds.  It was rather anticlimactic. 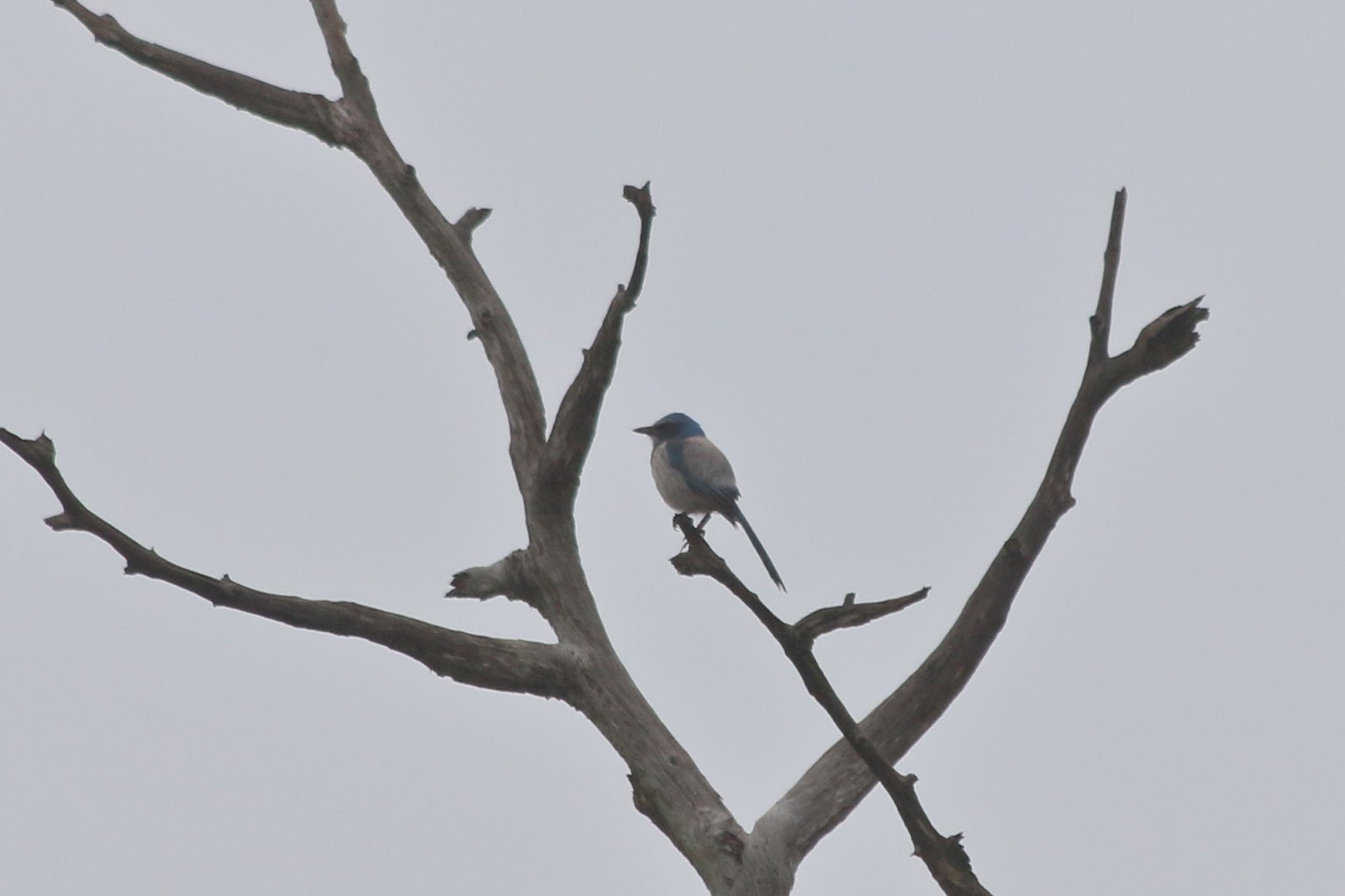 The birds were far away, just sitting around silently, and then disappeared.  Yawn.  An active area of the trail spiced things up with a large flock of robins, blackbirds, cowbirds, and warblers.  A warbler posed on a pine cone, making me want to call it a Pine Warbler, but is it? 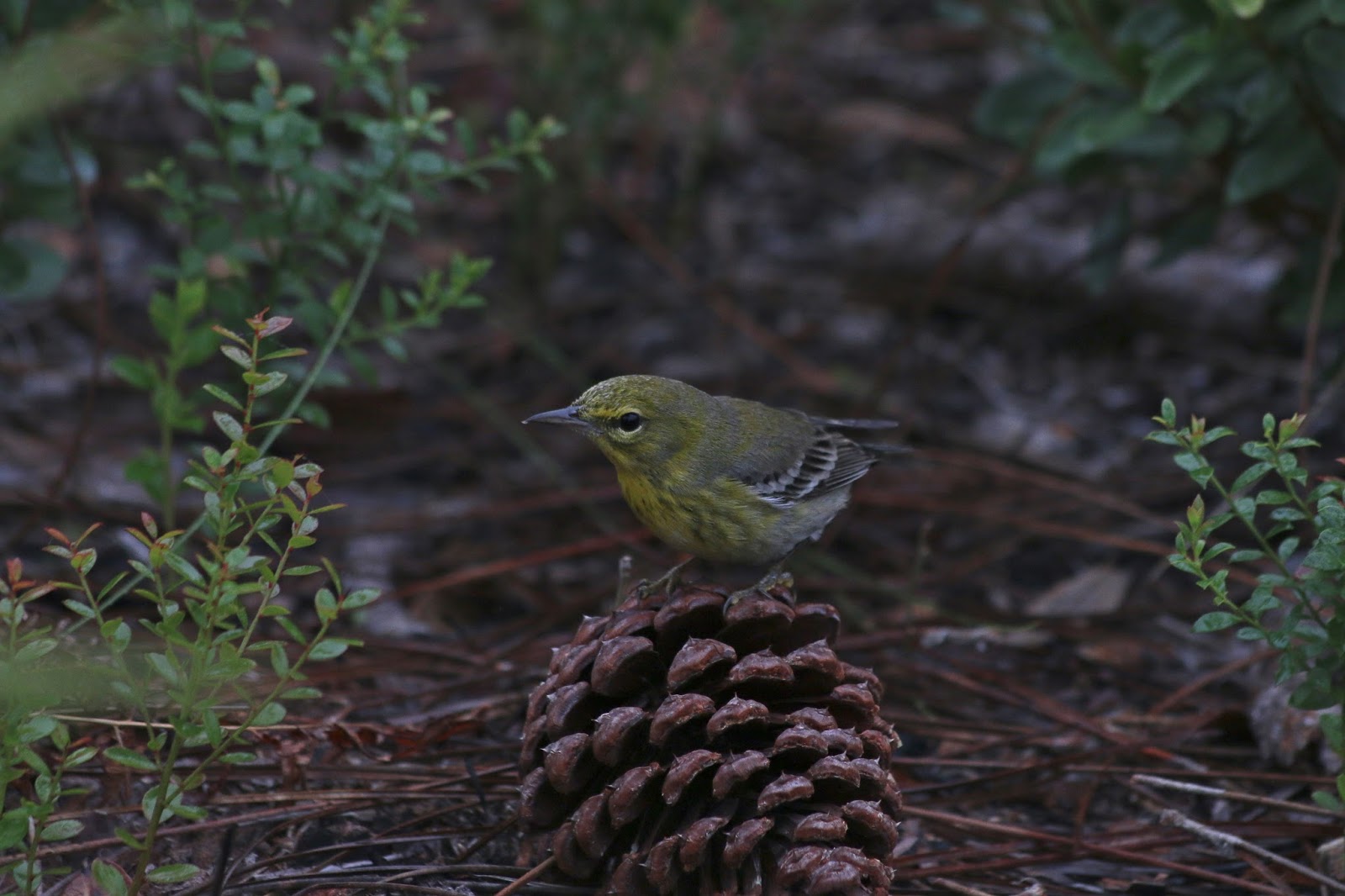 As I walked I could hear quite a few woodpeckers tapping away till finally I came across another target bird:  a Red-headed Woodpecker. 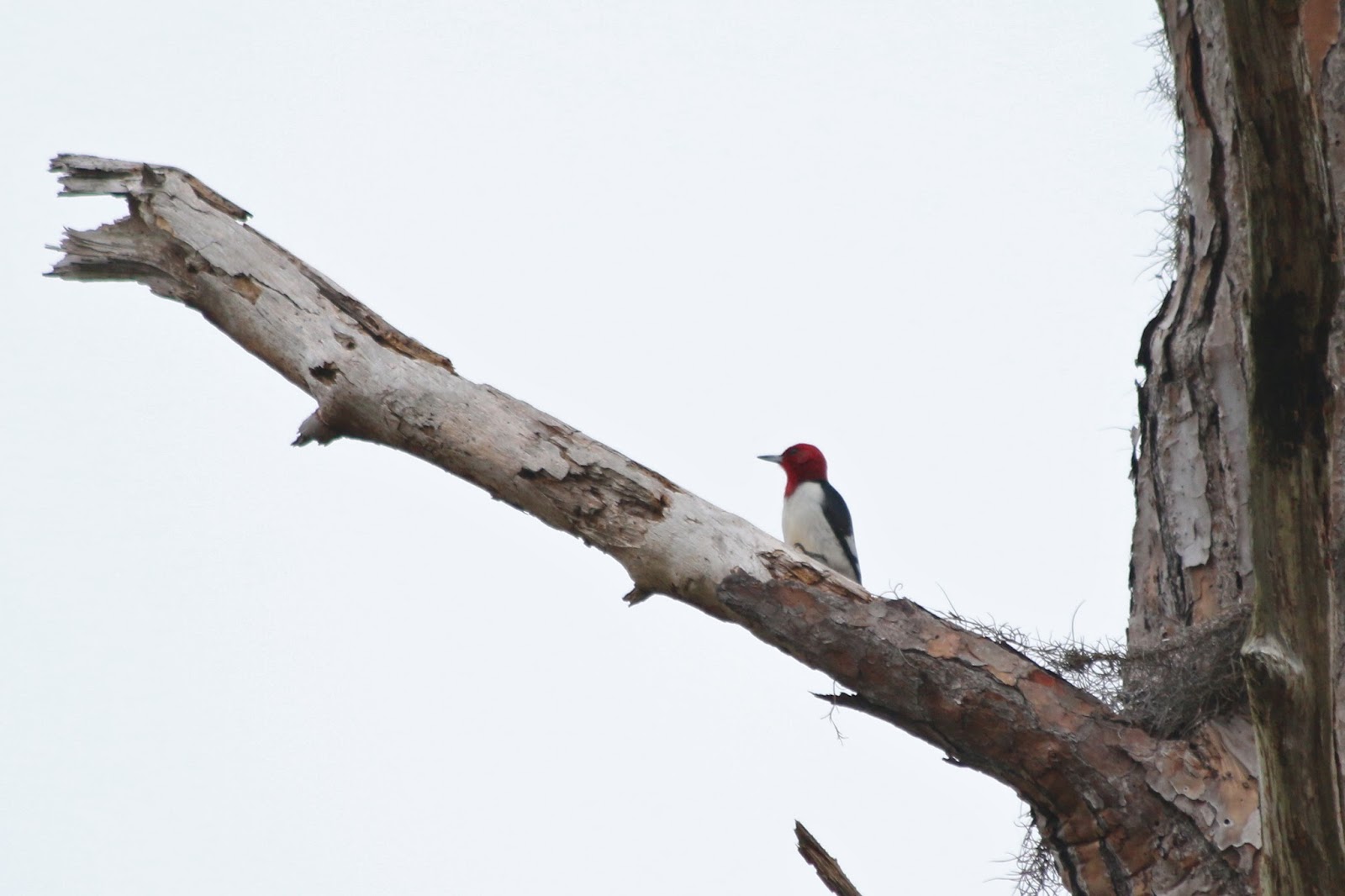 The woodpecker was not interested in sitting still despite appearances.  There were Blue Jays to chase and he chased them all. 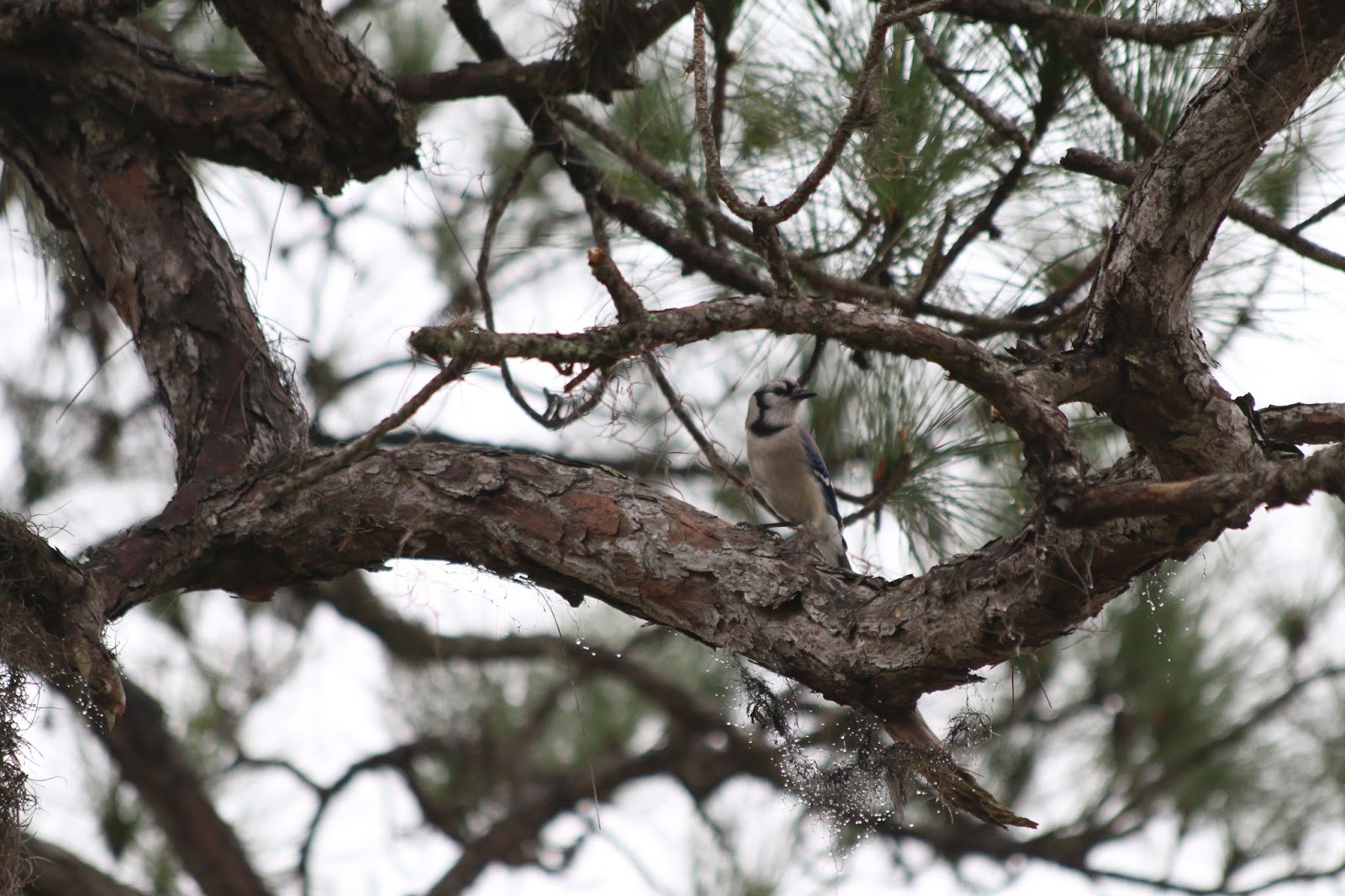 Much of the Green Trail was closed to protect a Bald Eagle nest and I made it around the short loop in less than an hour.  The parking area was busy with warblers and vireos though nothing new or exciting to share.

Only one more post from Florida to come!  Stay tuned for tales from Osceola County...  Good times!