on April 05, 2015
The best thing about snow?  Getting to play the detective.  Let's start with some easy tracks... 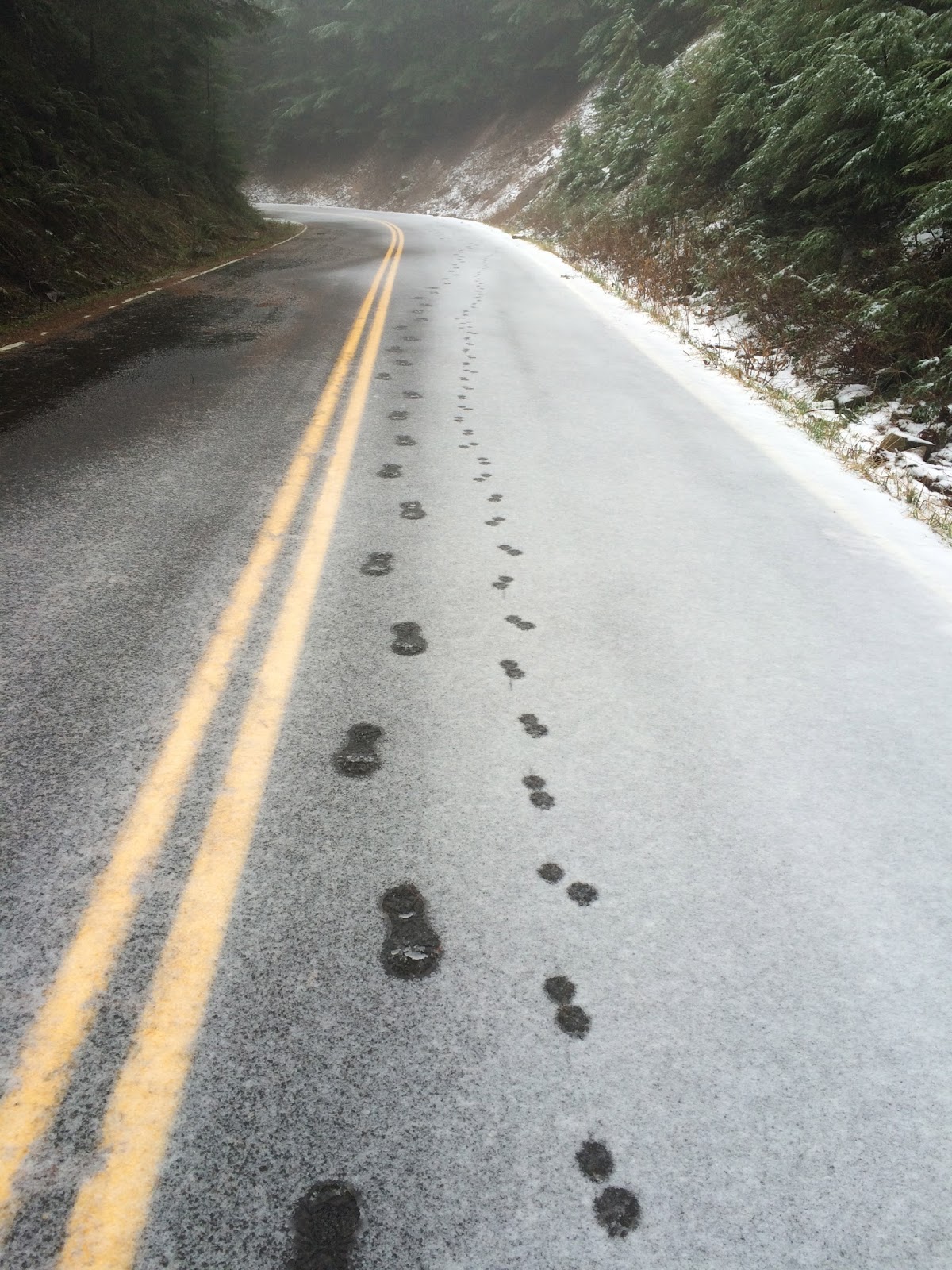 Me and Ralph.  We came across a few sets of tracks in our recent hike up Larch Mountain, such as these small-ish bird ones: 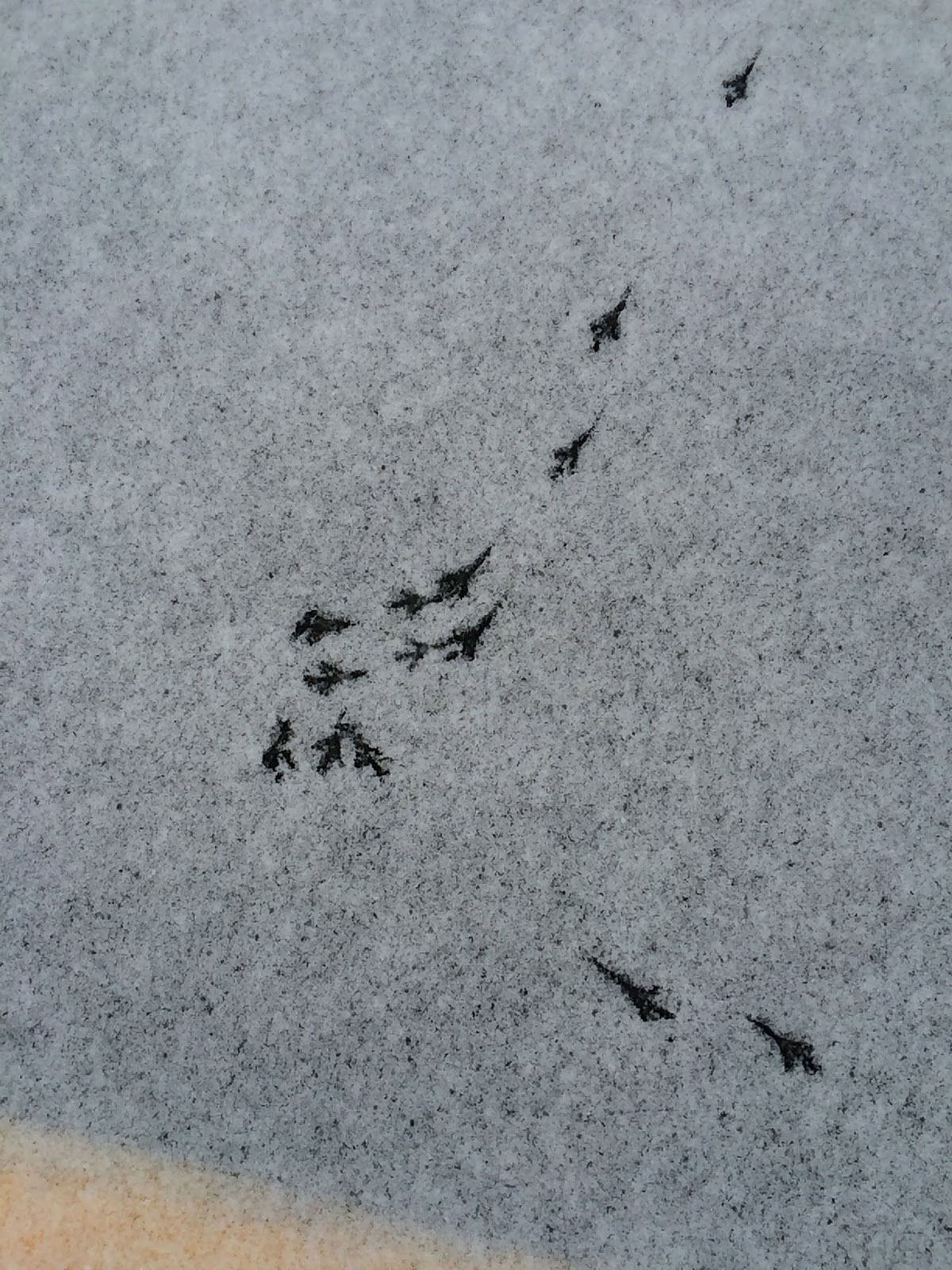 Based on very little I am guessing these are Varied Thrush tracks.  We found a spot where they intersected bunny squirrel tracks. 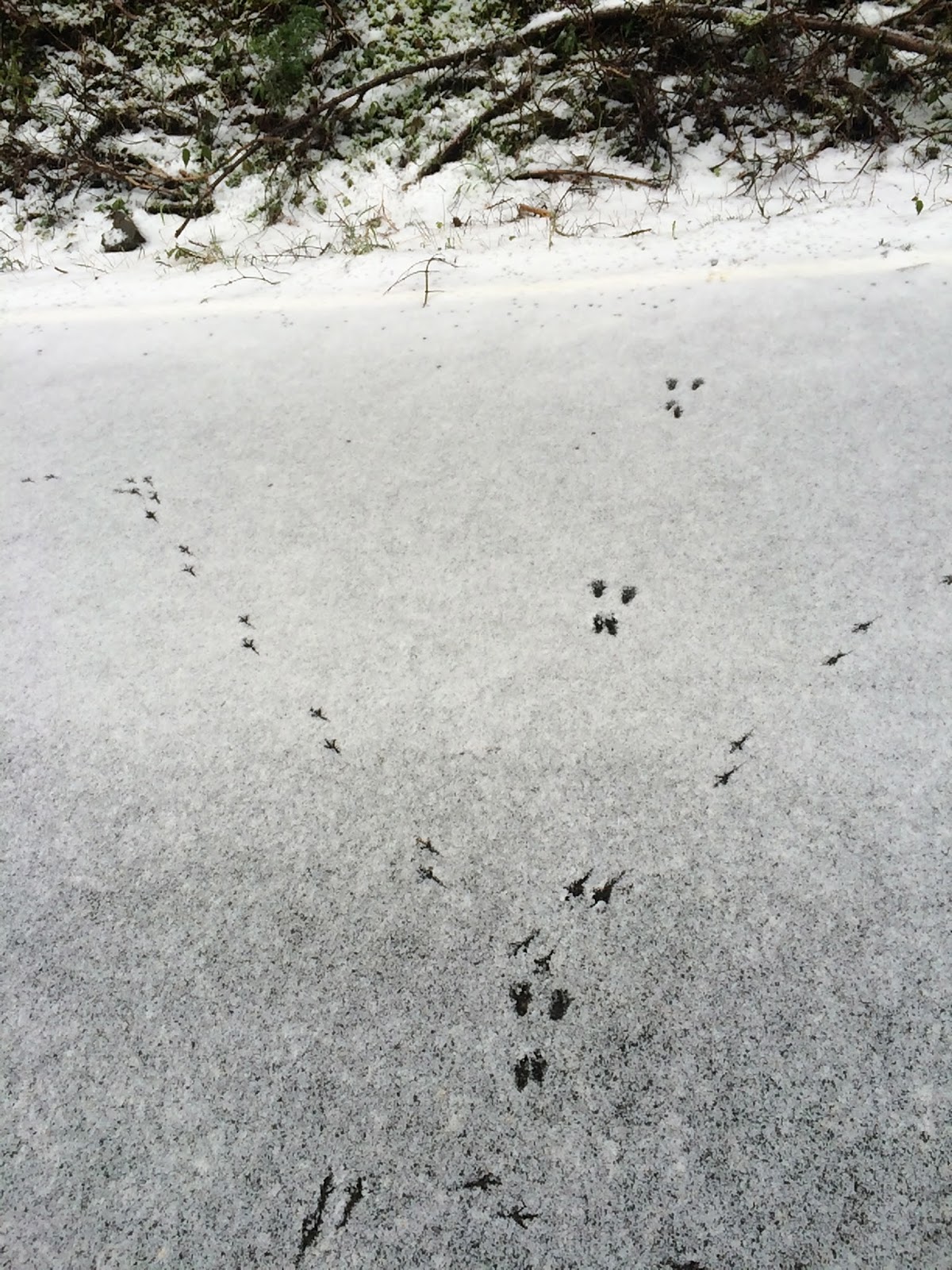 Later on some bigger bird tracks had me hoping for grouse, but then I took a look at the behavior of the bird. 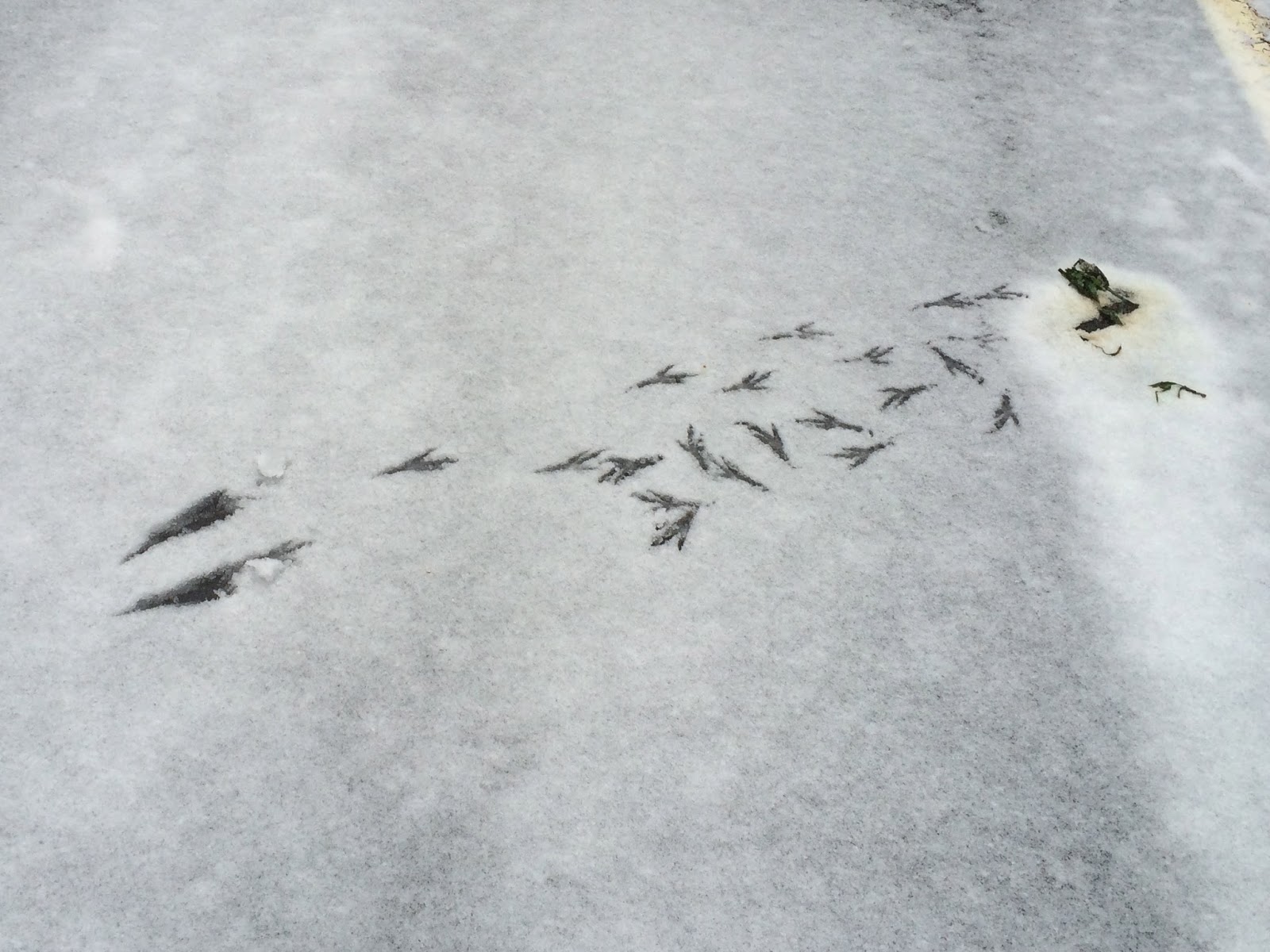 The bird flew in and landed on the left, then it walked over to some dog/coyote poop. 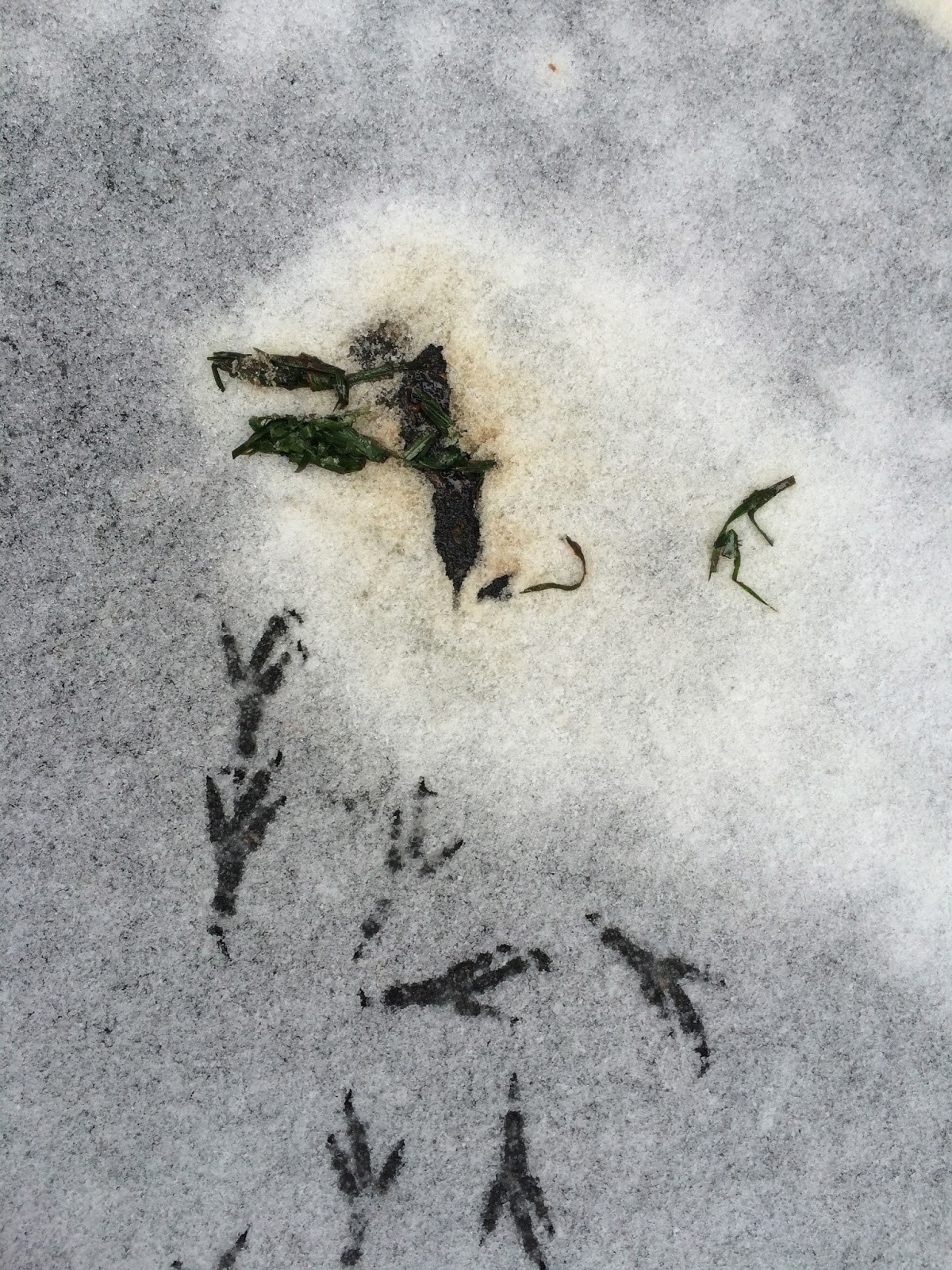 It looks like it even pulled apart the poop to check for snacks.  None of this added up for grouse behavior, but sure sounds like a raven. 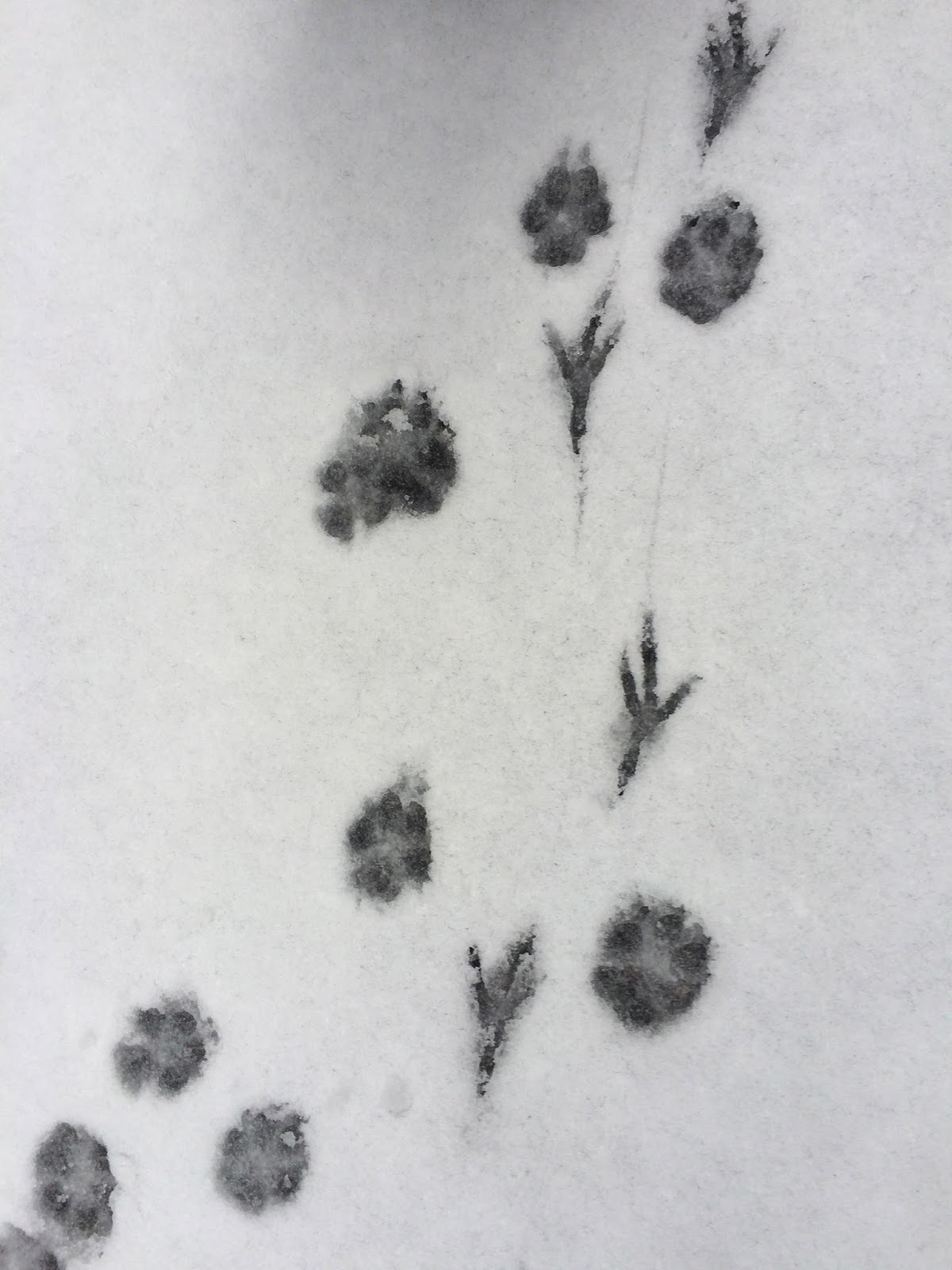 Above are Ralph's tracks next to another set of large tracks we found, that may also be raven. 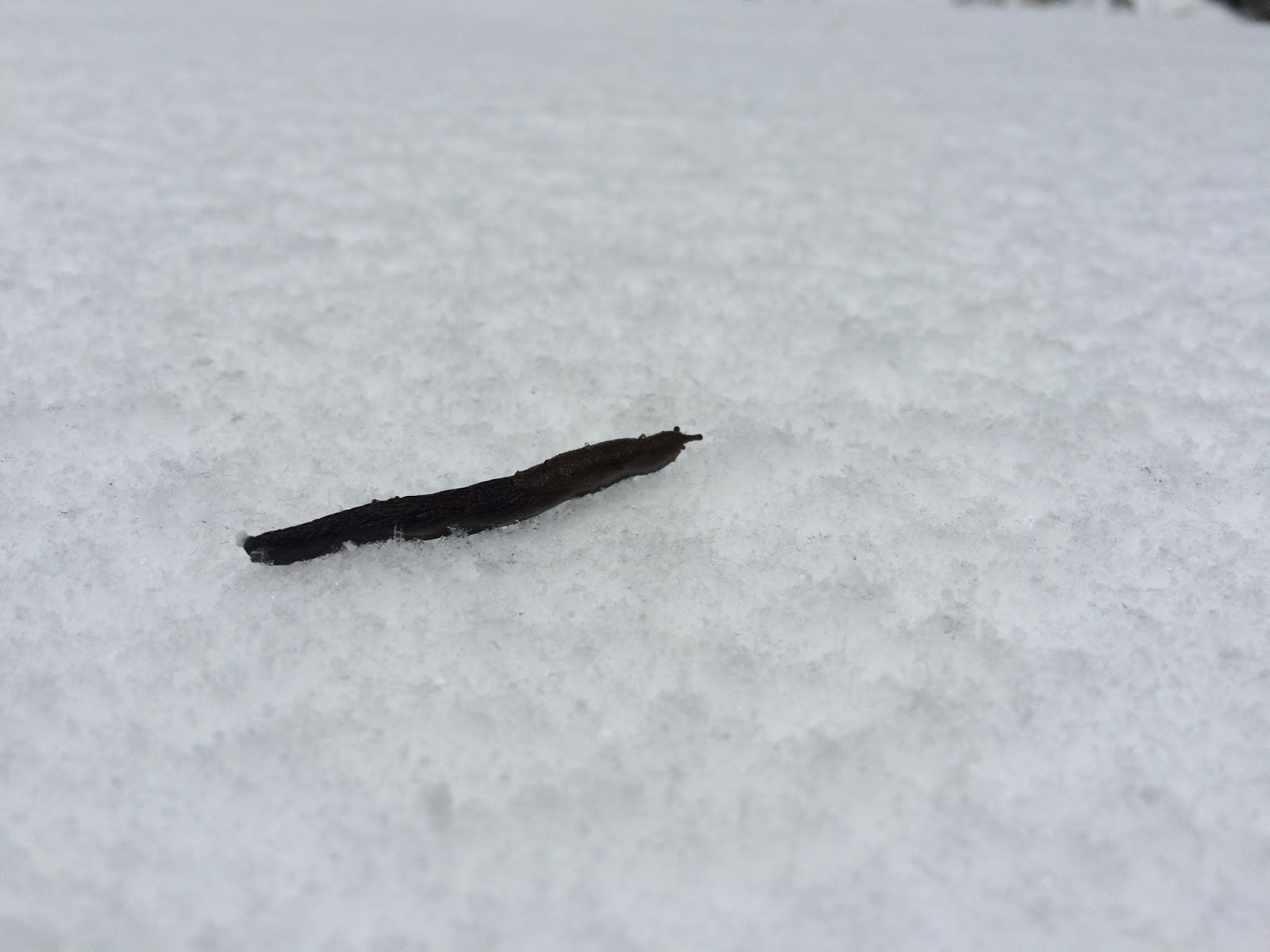 The point of going to up to Larch Mountain was to retrieve my camera trap, which I had left for two weeks a few miles up the road.  I caught more hikers than I was anticipating, even some hiking at night.  I also caught a pair of coyotes. 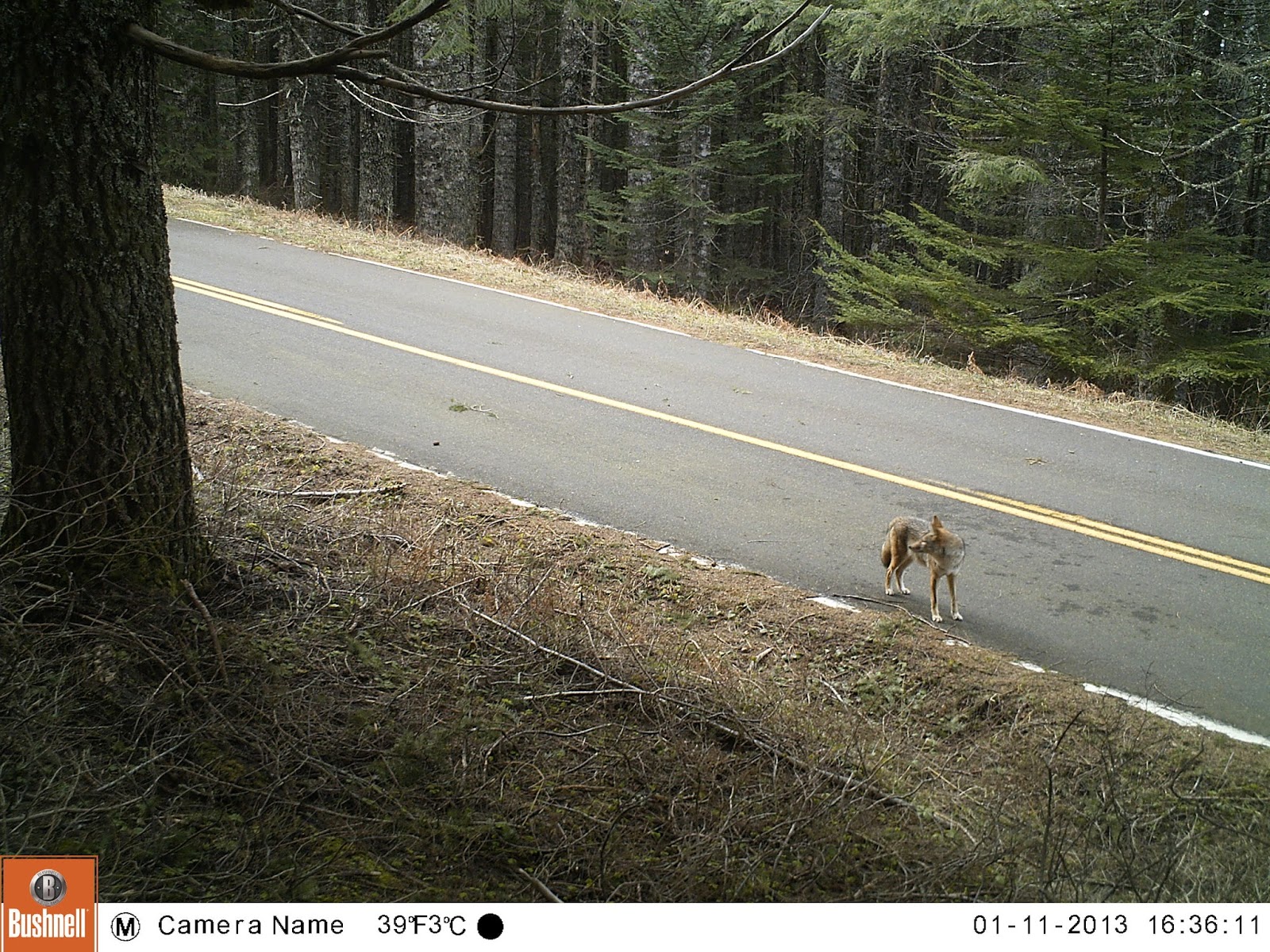 Pausing to see what his partner is doing.

This next sequence had me going for a second until I realized there were some people with their dog in the top left.  So this has to be a dog.  Right? 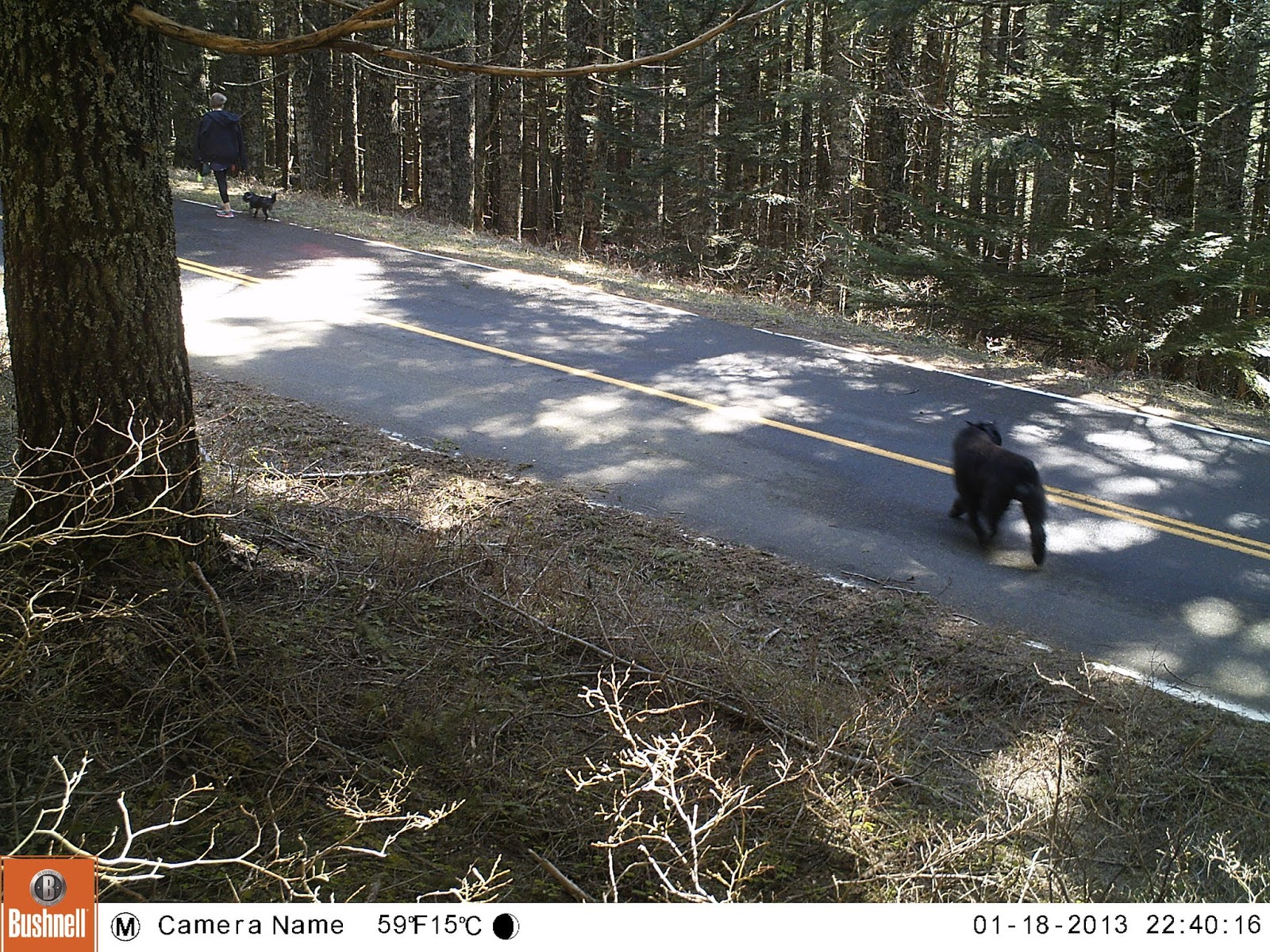 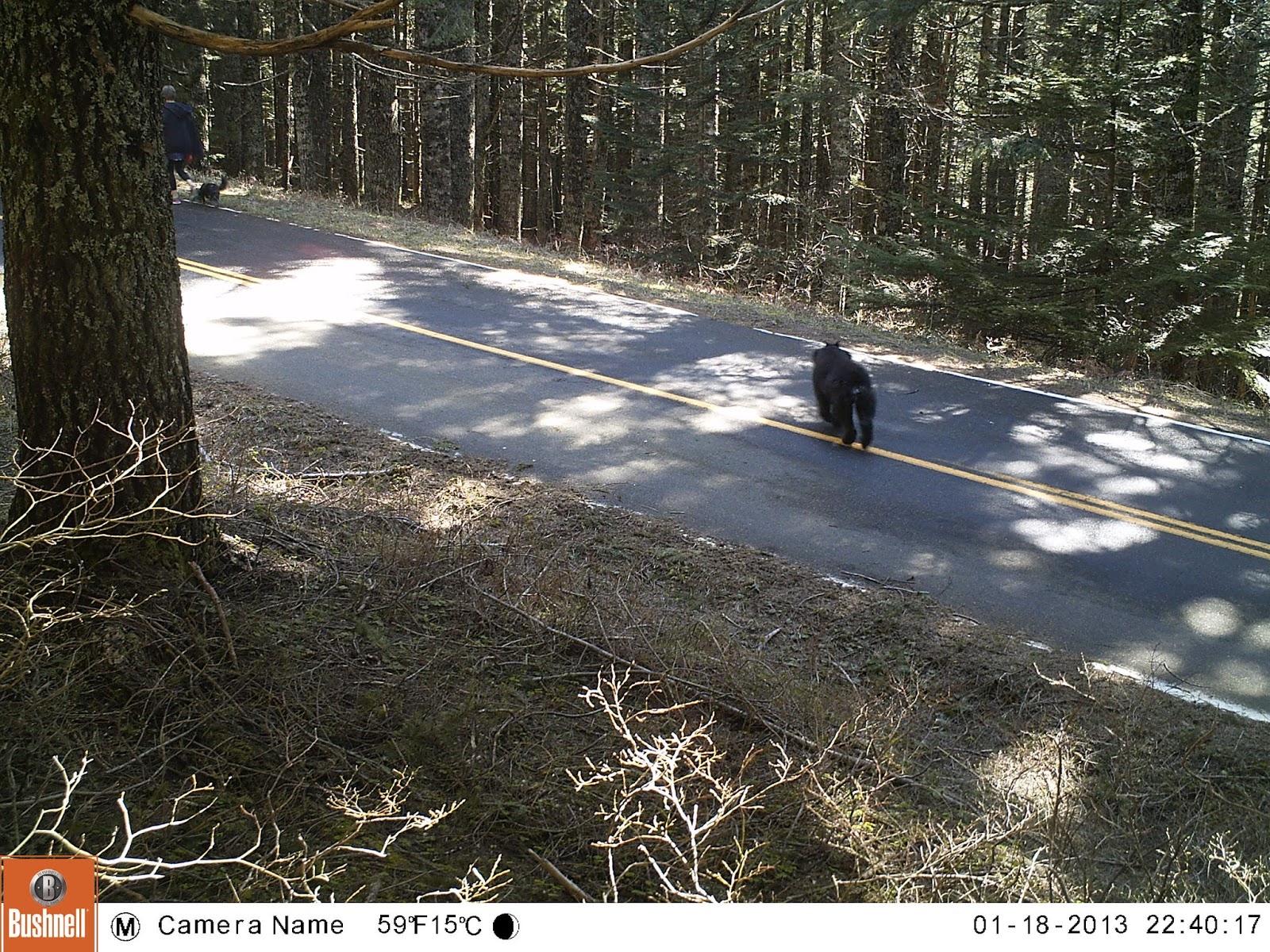 Speaking of camera traps, if you haven't yet seen this OPB article on Horned Larks in St. Johns you should check it out.  My head is full of ideas.

Anyway.  On yesterday morning's dog walk to Mays Lake I found a crow dining on a baby cottontail.  Once he got his fill he flew over to a second crow and actually fed her/him a bit.   Then that crow strutted over and started digging in. 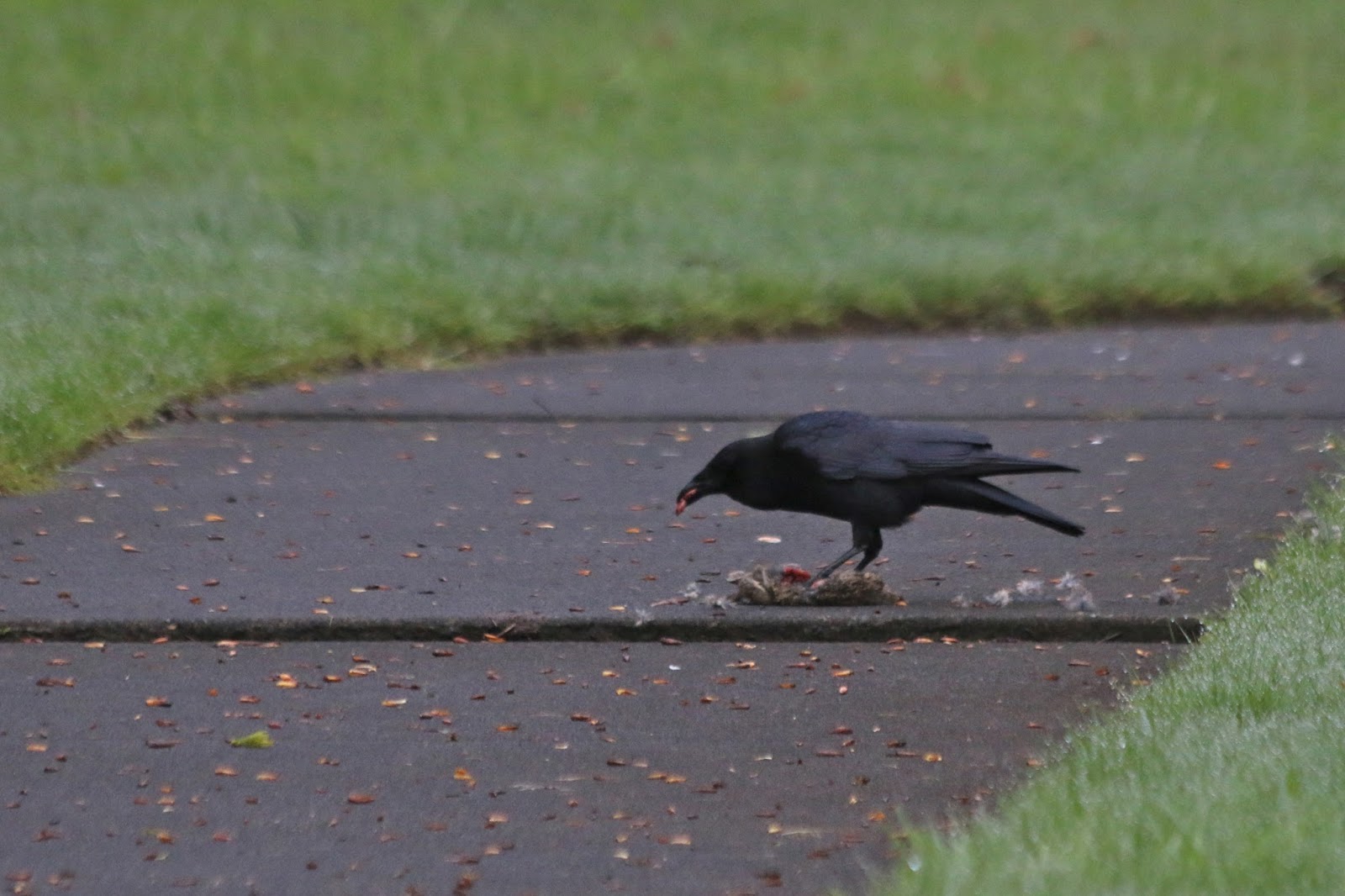 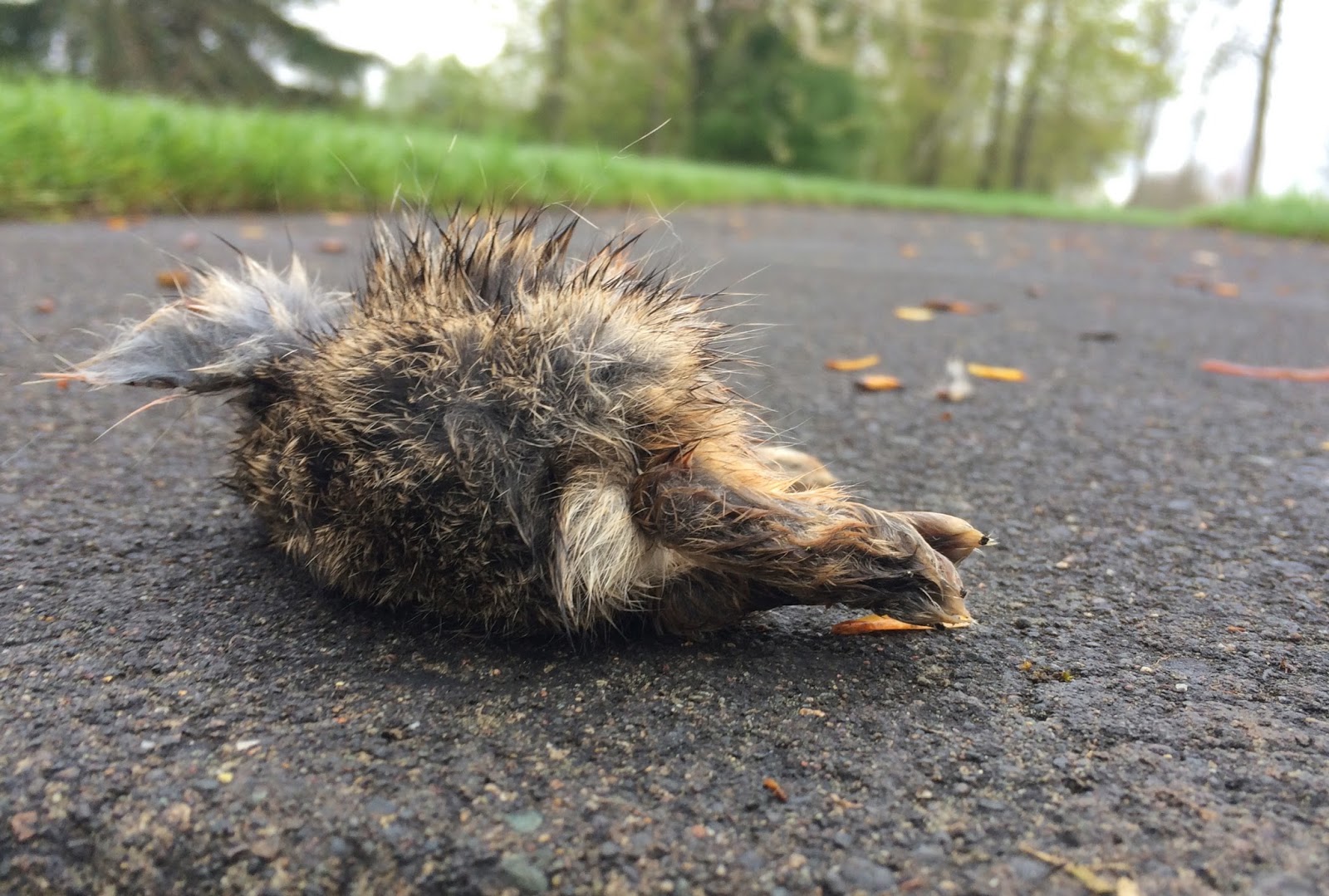 Since I've been seriously slacking on the dead stuff lately, and it's Easter, the perfect time for celebrating dead stuff, let me throw in this dead Spotted Towhee I found on a recent dog walk: 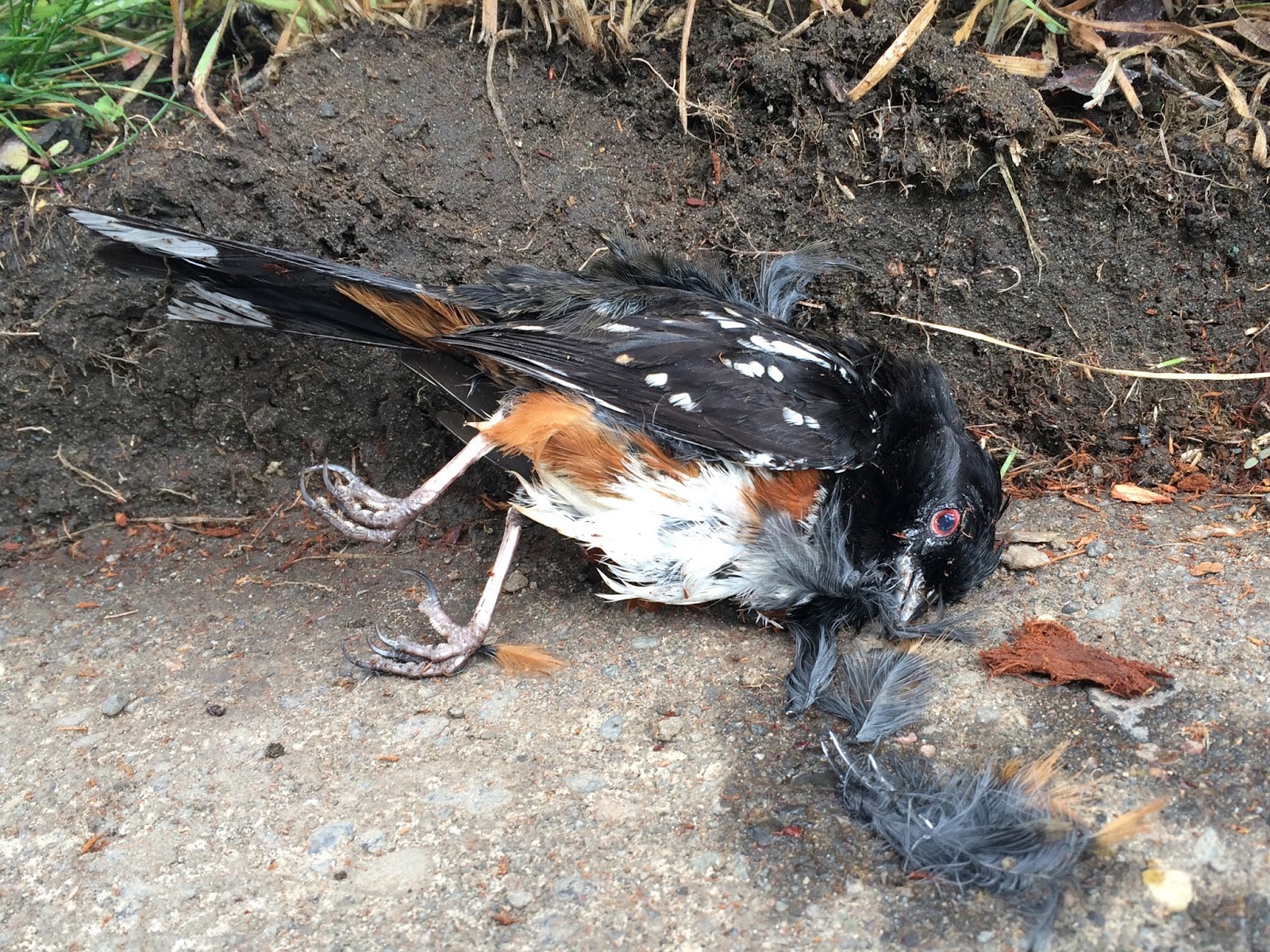 My first dead towhee.  I almost took it home. 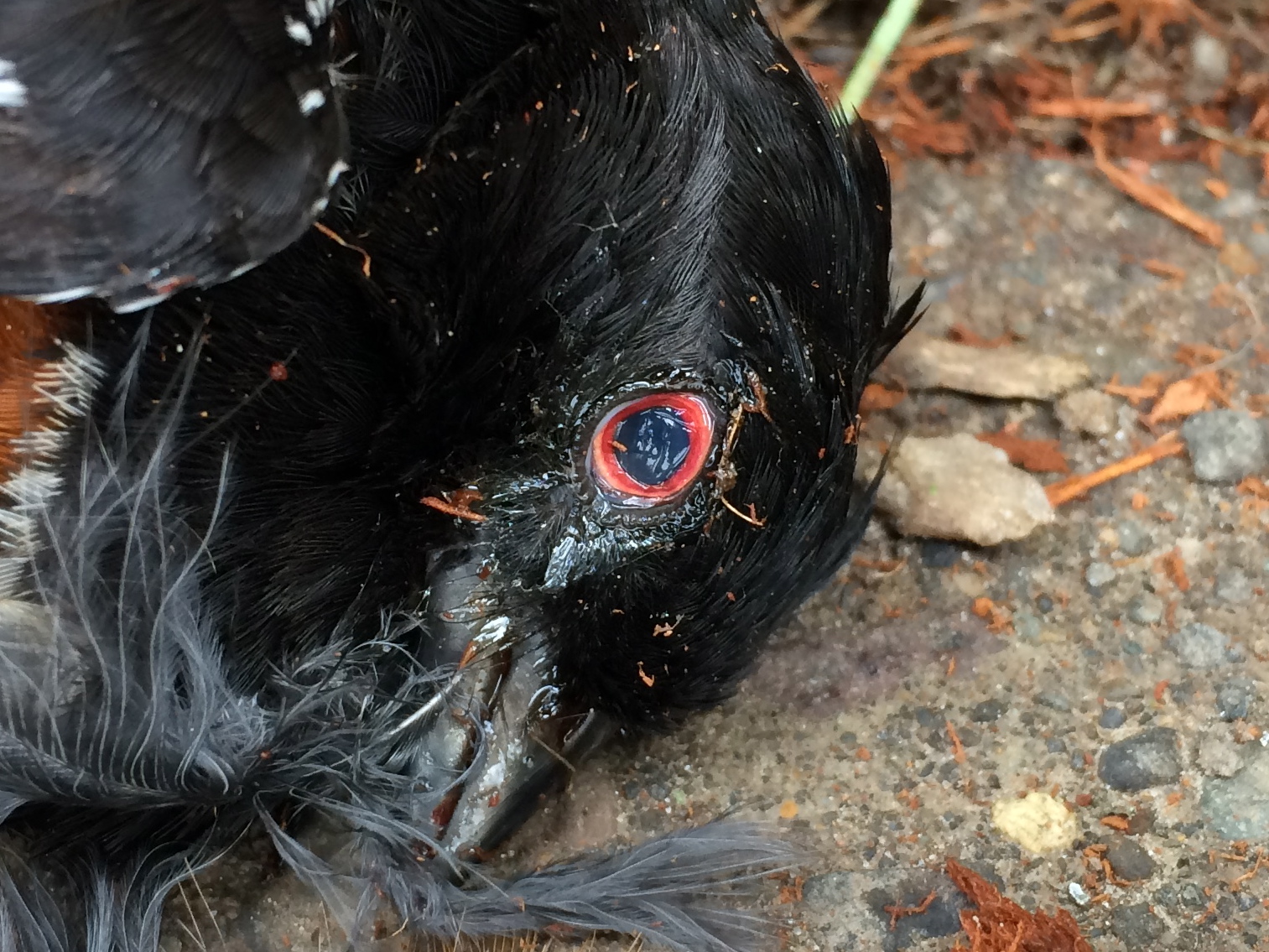 I think that's all I have for you today.  More live birds next time, I promise.  Good times! 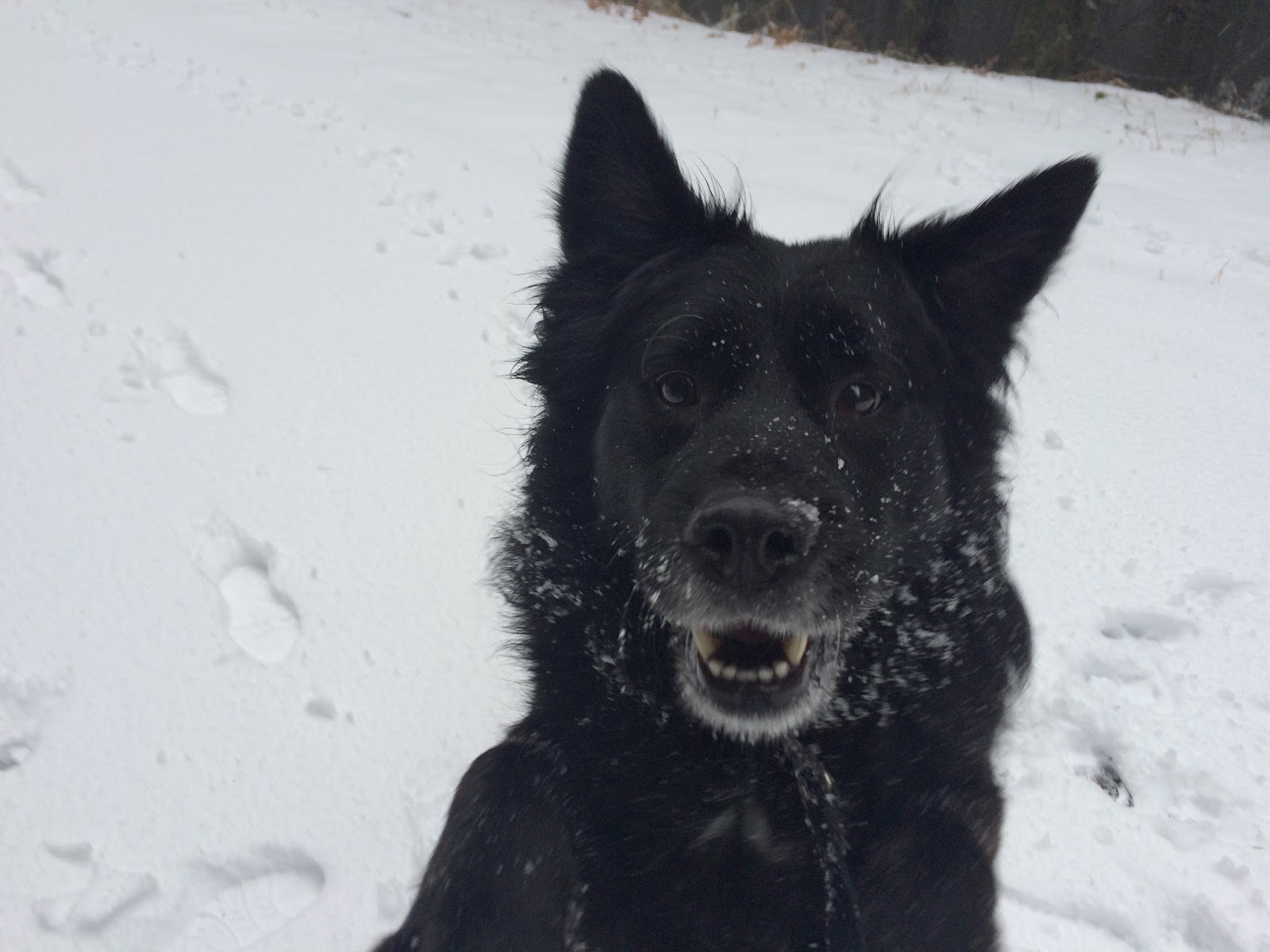