on April 14, 2015
I have survived my first camping trip of the year with friends and the mutts, in the beautiful Wallowa-Whitman National Forest.  Our target was that mysterious gray ghost, the Great Gray Owl.  I had requested a pit stop in Gilliam for a quick curlew-search, but our first Gilliam stop ended up being the side of I-84 where a dozen or so bighorn sheep were hanging out. 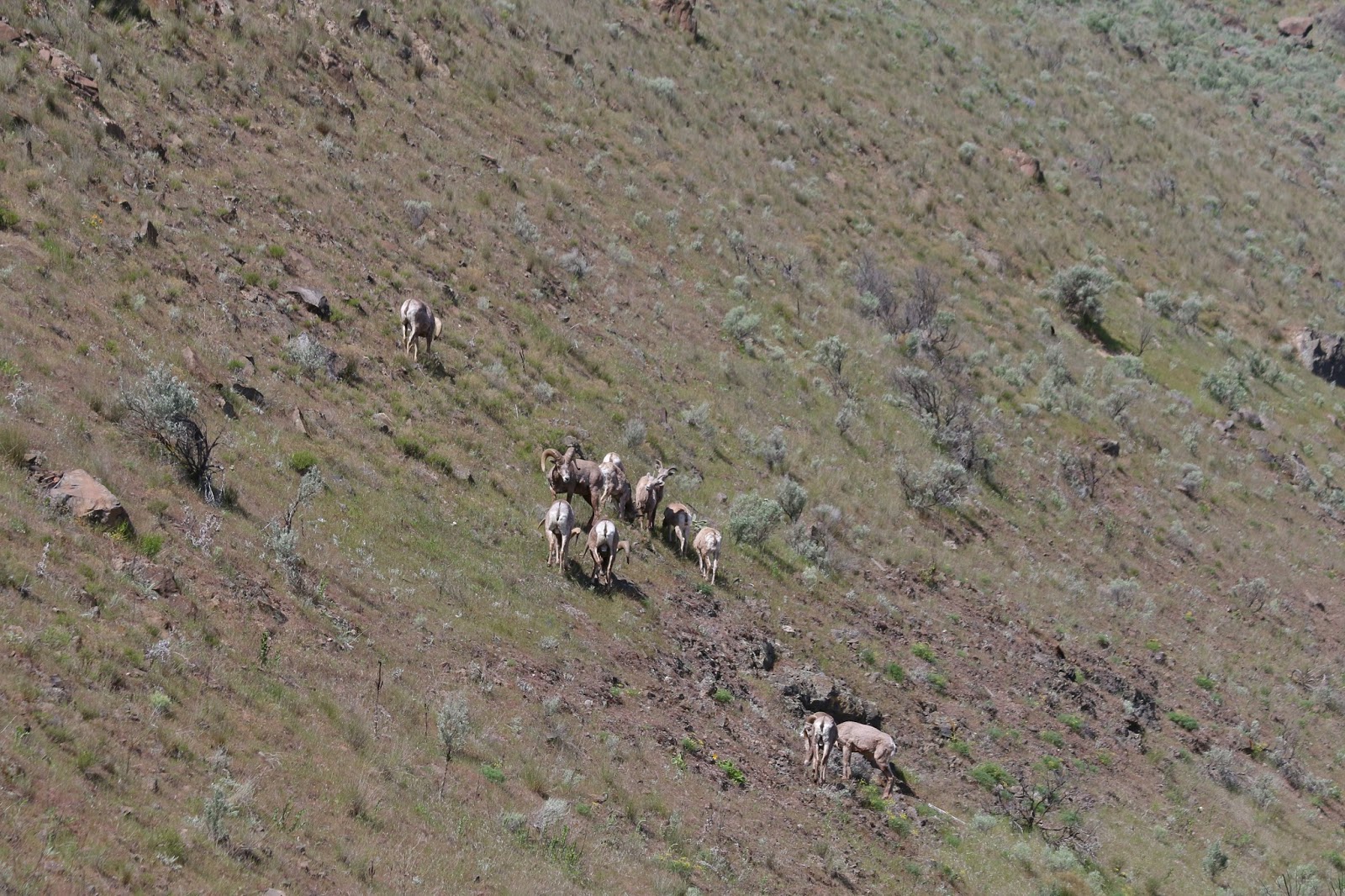 This was a state mammal for me!   Next we drove down Highway 74 hoping for curlews where the best sighting was a small herd of elk of which I managed zero photos.  I believe they must be Rocky Mountain Elk due to the location. 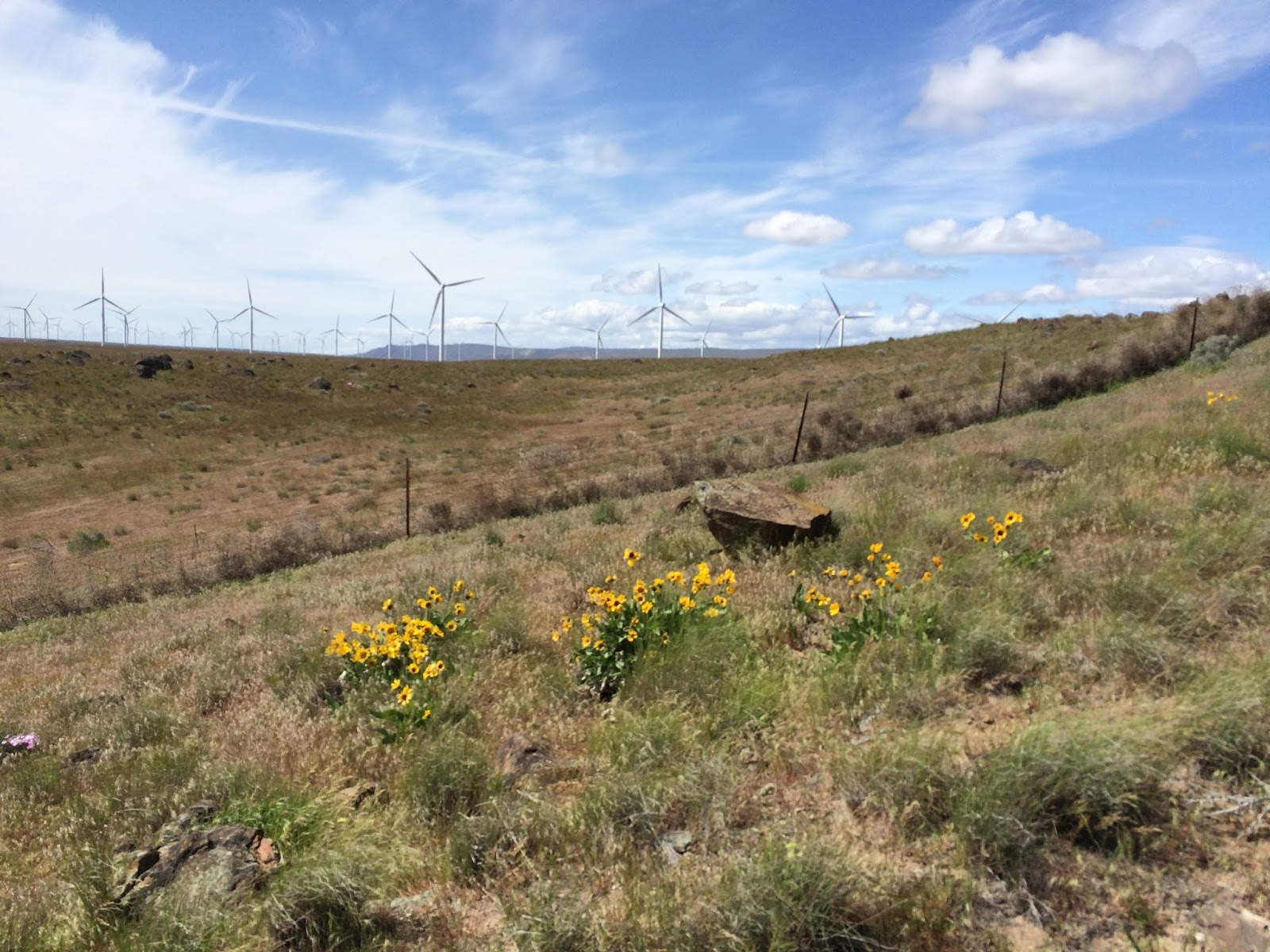 No curlews for Gilliam, but two new county mammals.  I'll take it!  We carried on to Spring Creek in Union County to begin our gray ghost search.  We were armed with some info from folks as well as eBird, and had high hopes of finding something. 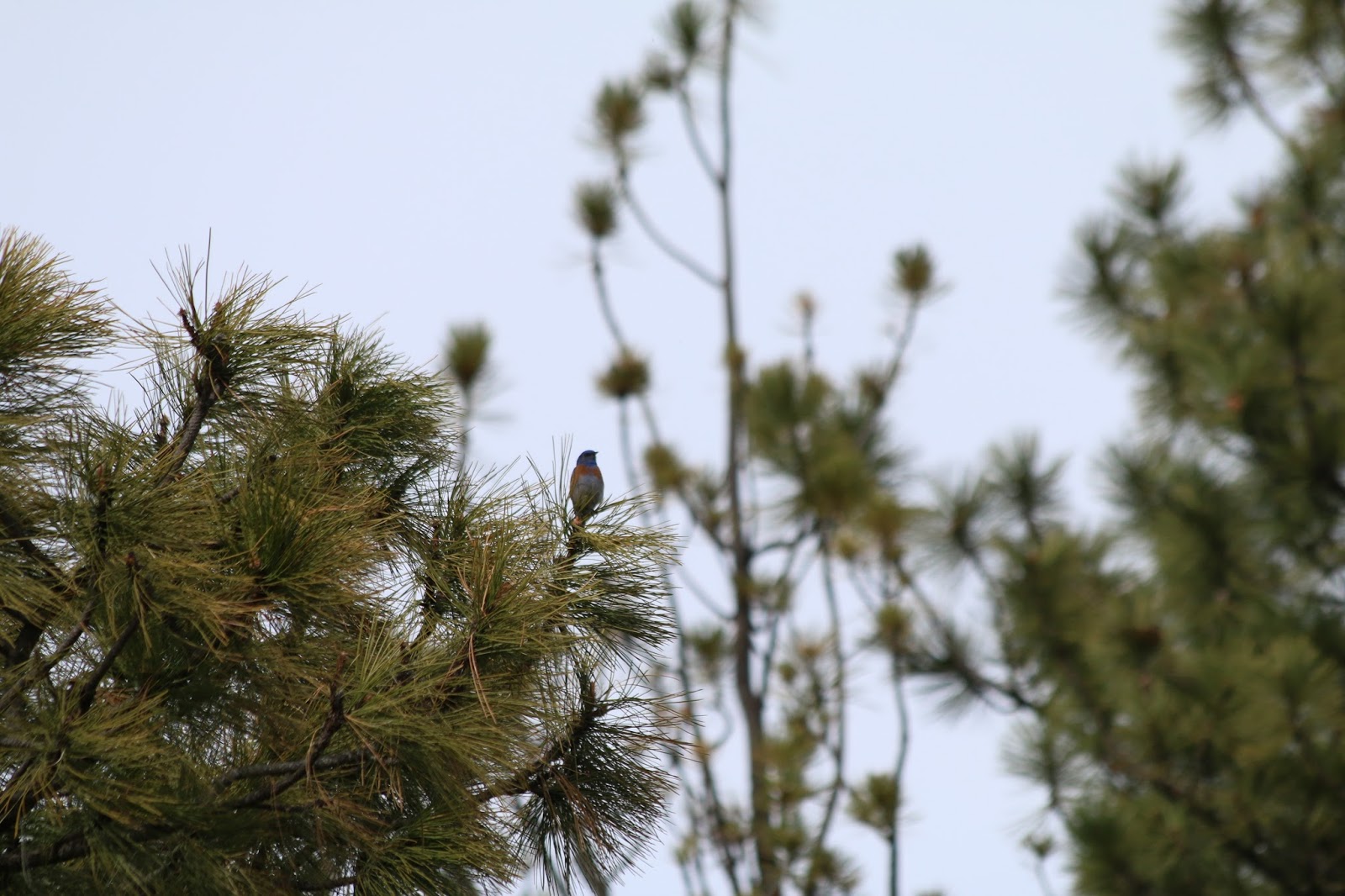 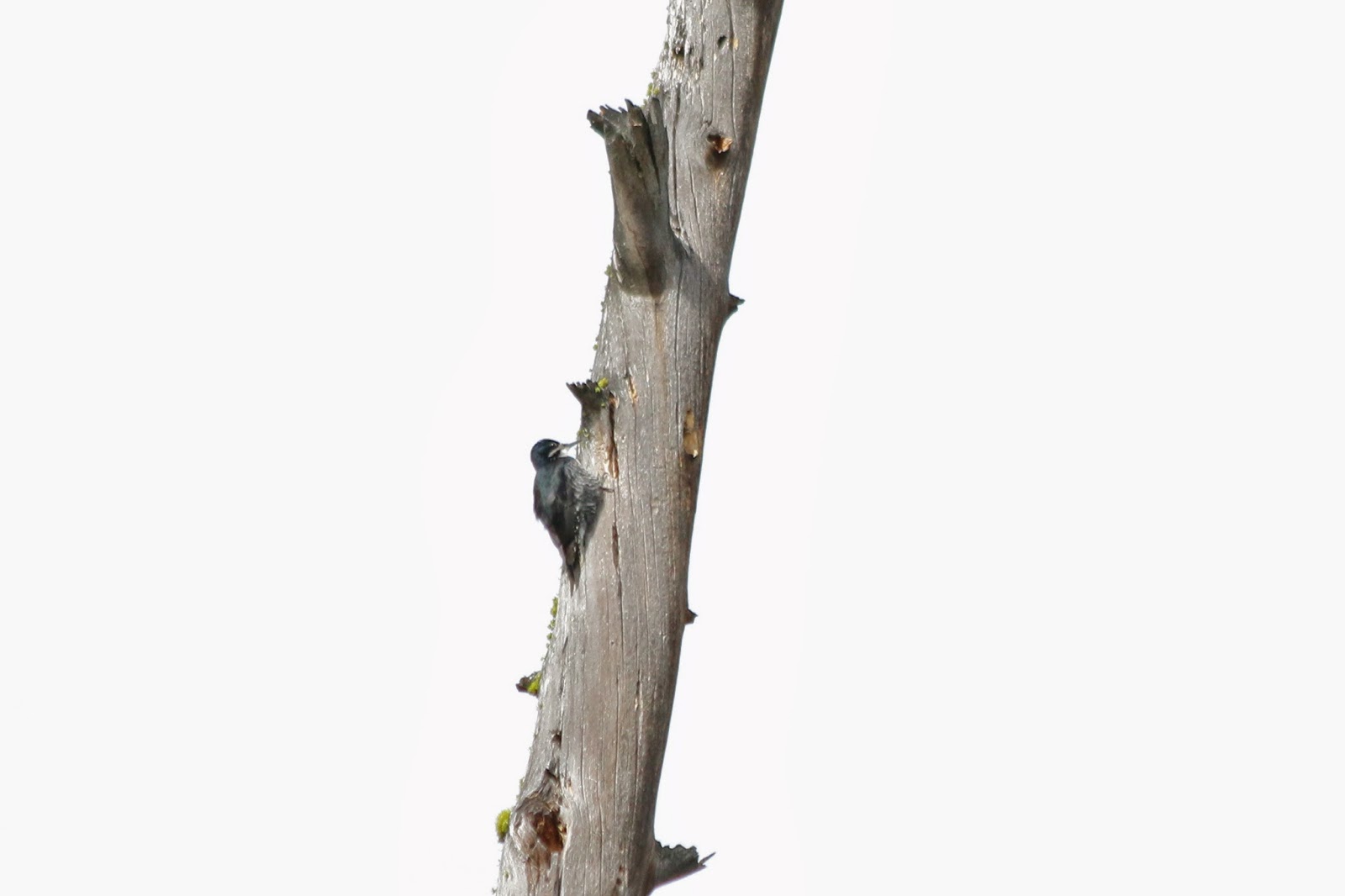 We stumbled upon a muddy puddle that served as a popular passerine watering hole, attracting Red Crossbills, Pygmy and Red-breasted Nuthatches, and Cassin's Finches. 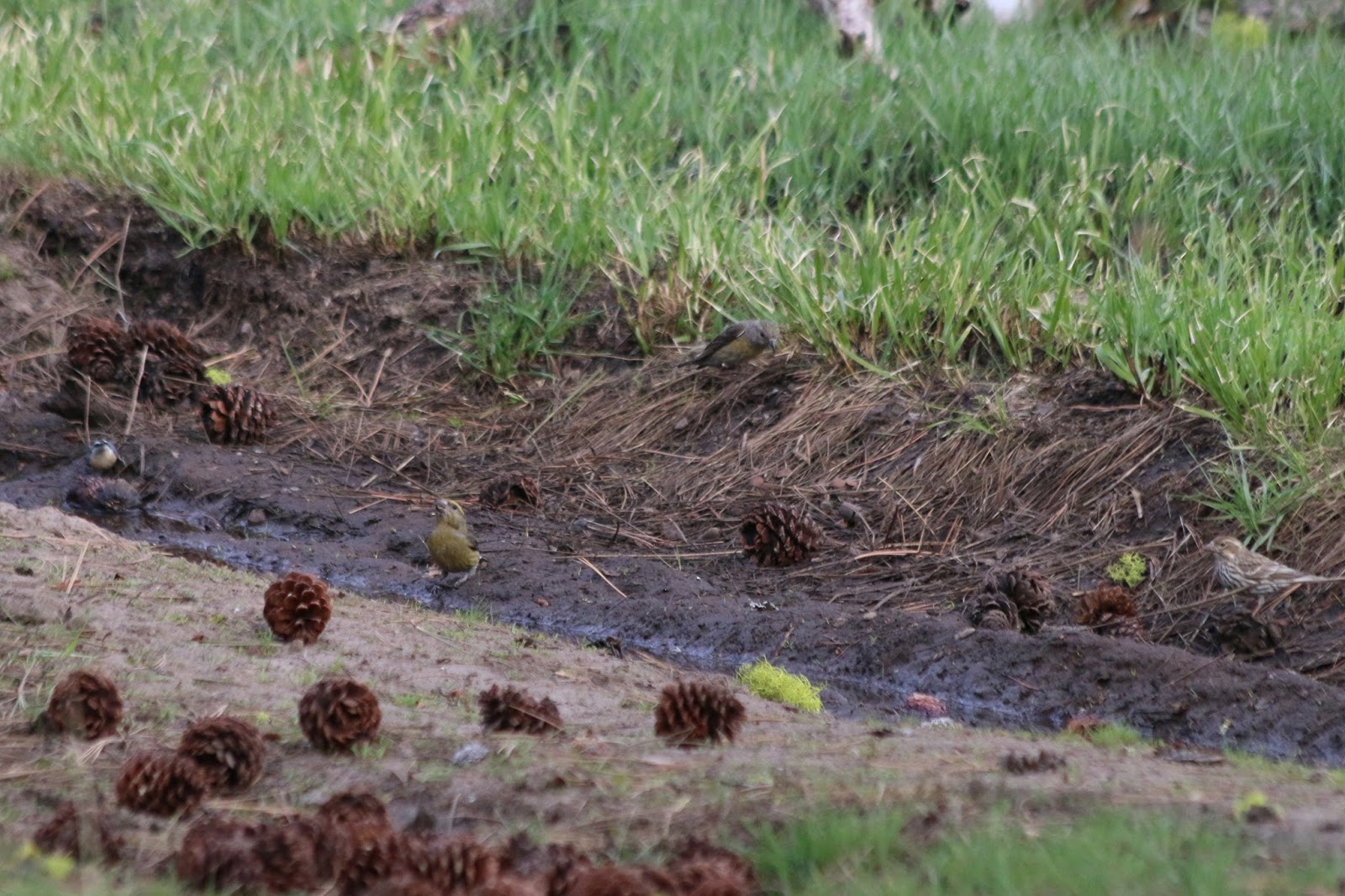 Bad photo of three species (RBNU blob on the left side) 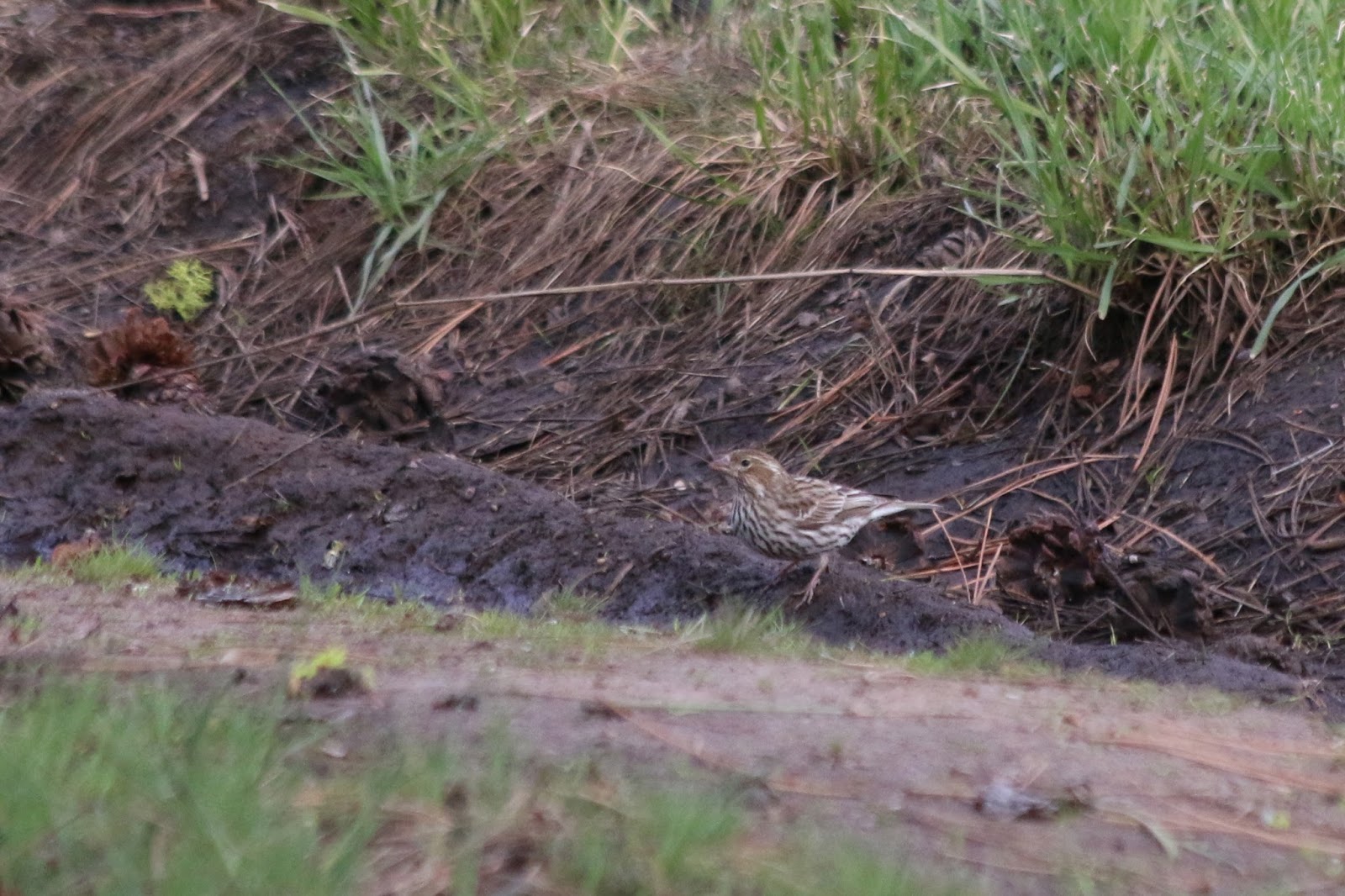 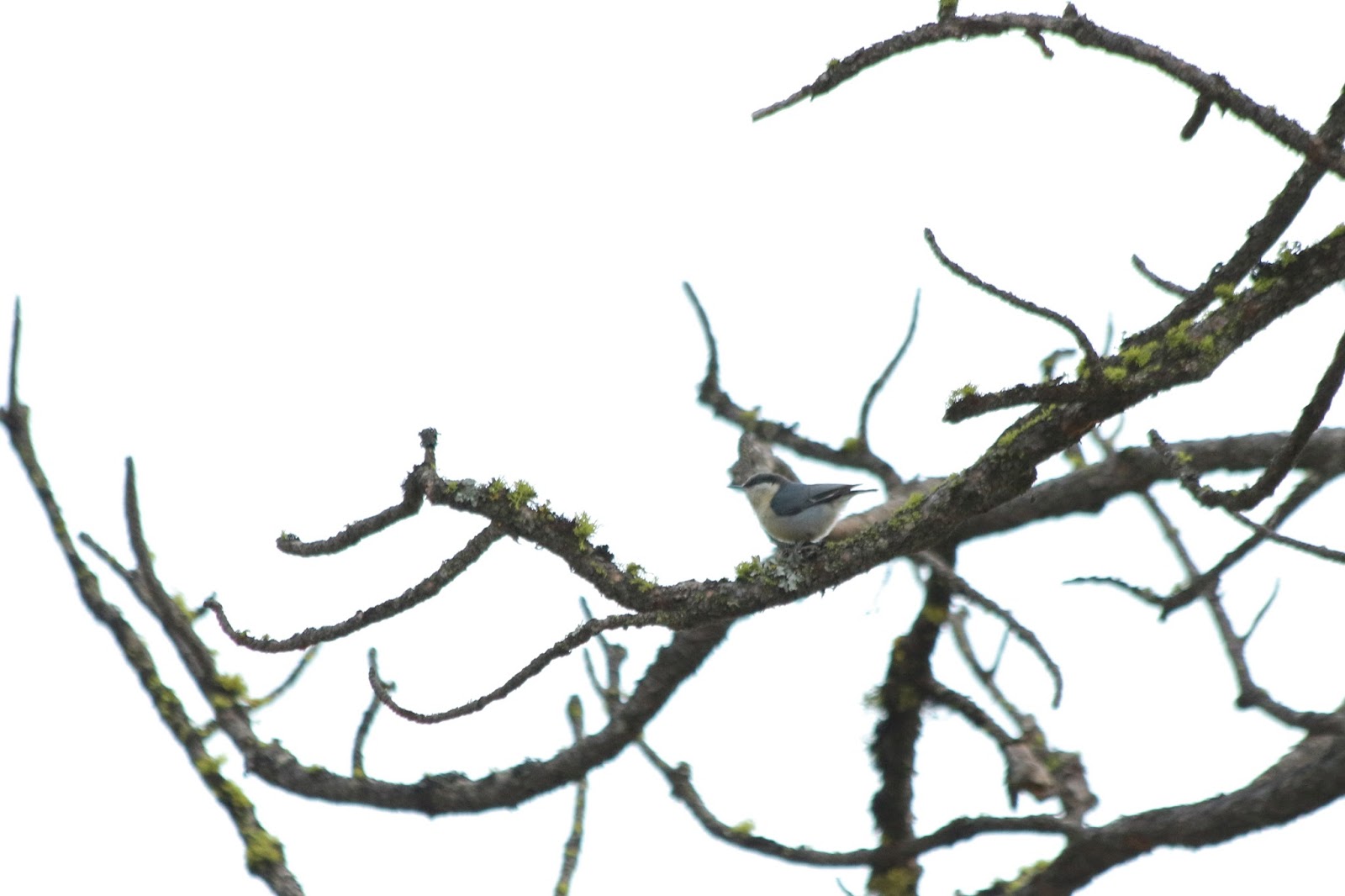 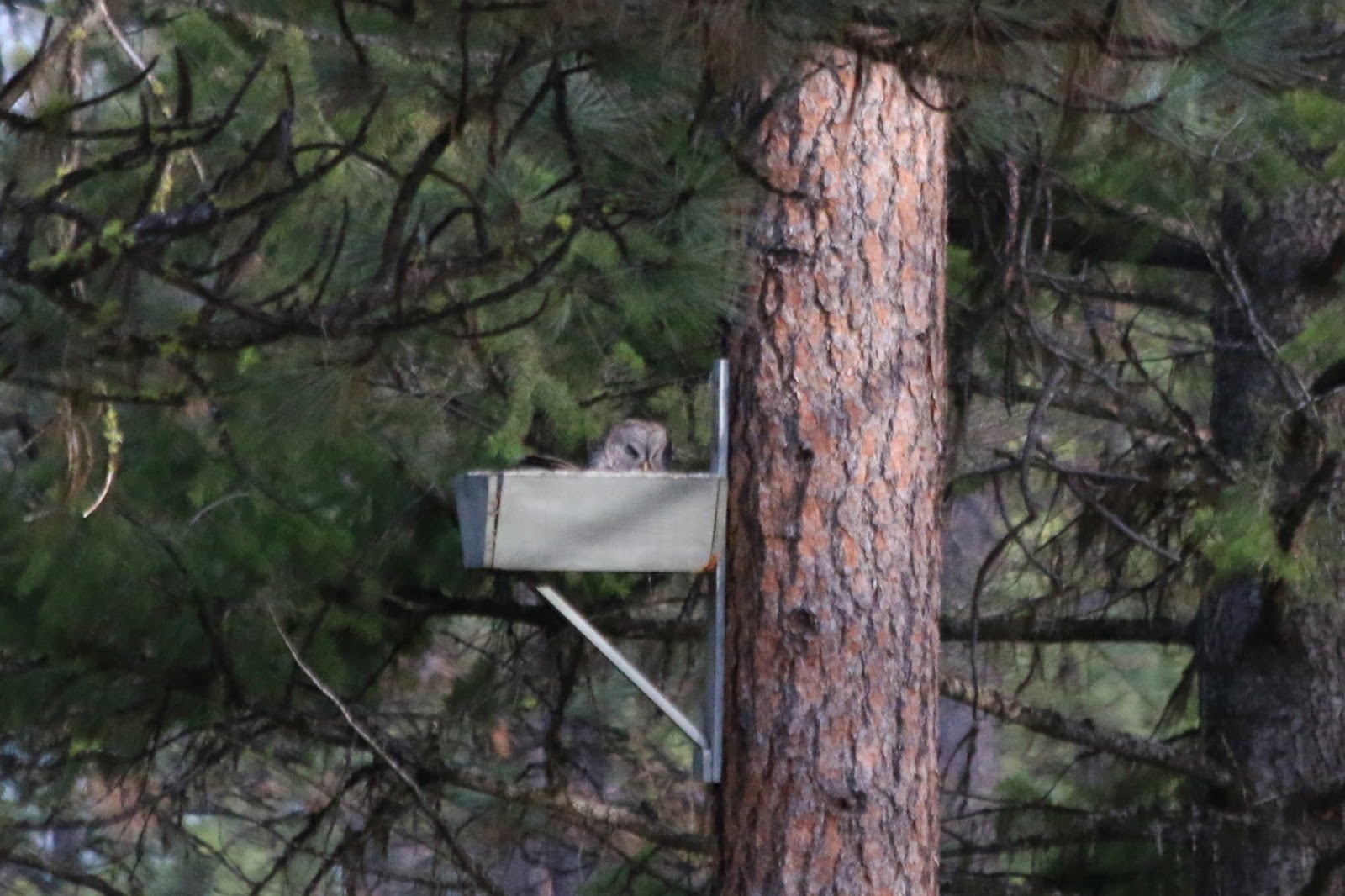 We had found a female on a nest!  But being a female on a nest meant that she is interested in only snoozing, pooping, and preening.  We figured a male was nearby somewhere but had no luck in locating him that evening, as the sun was setting and we still needed to set up camp somewhere.

A spot was picked along the main drag, NF-21.  Not a single car passed while we were there and I awoke at 4 a.m. to the sound of a Northern Saw-whet Owl hooting.

SO cool, my first time hearing one!  The rest of the time table went as follows and involved no sleep:

Everyone got up soon after.  We made coffee and packed up while the turkey continued to gobble.  We were back on the trail by 9 to hopefully catch another glimpse of the owl. Distractions along the way included tons of wildflowers including fawnlily, larkspur, and what I think is purple-eyed grasswidow: 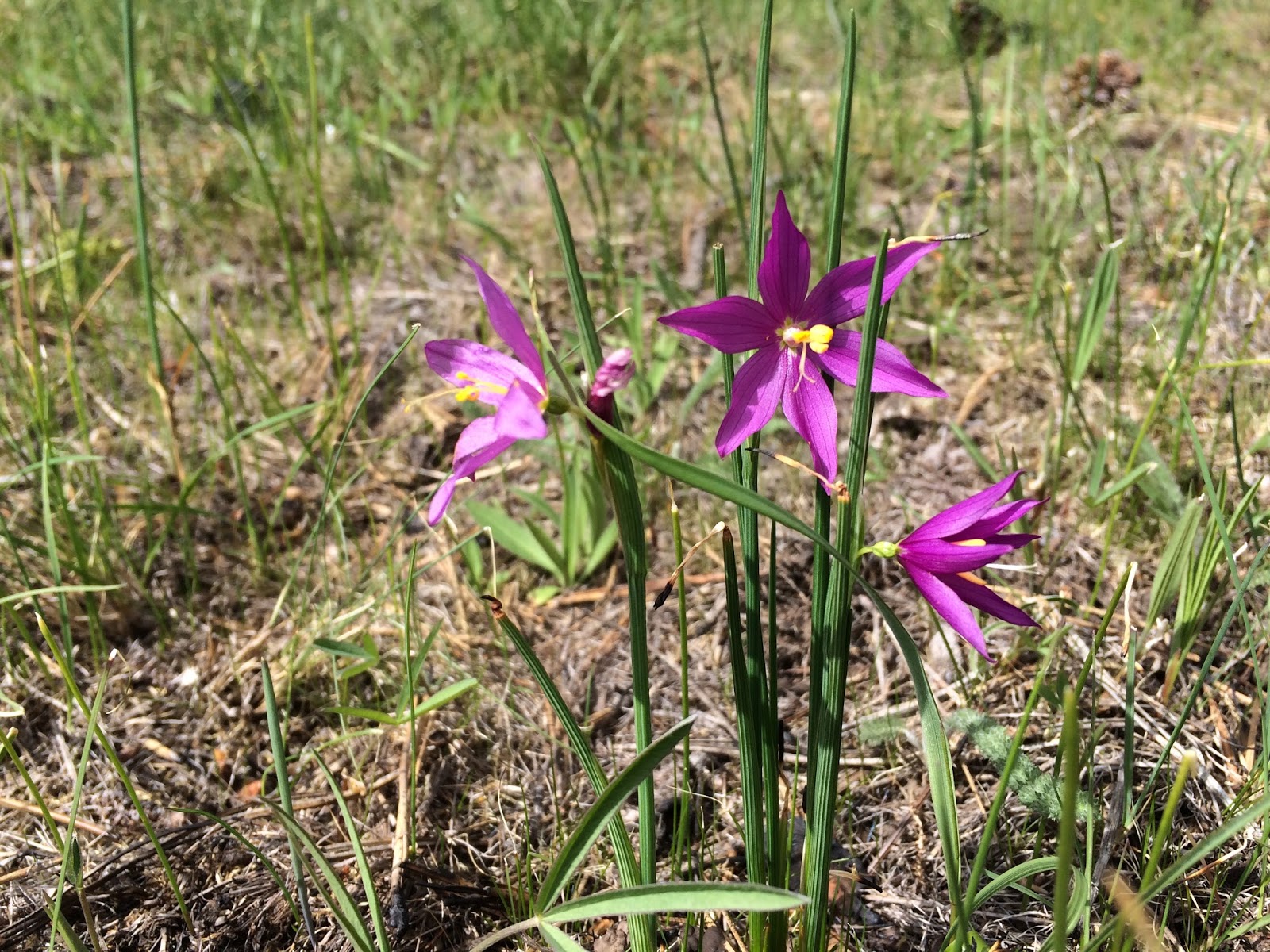 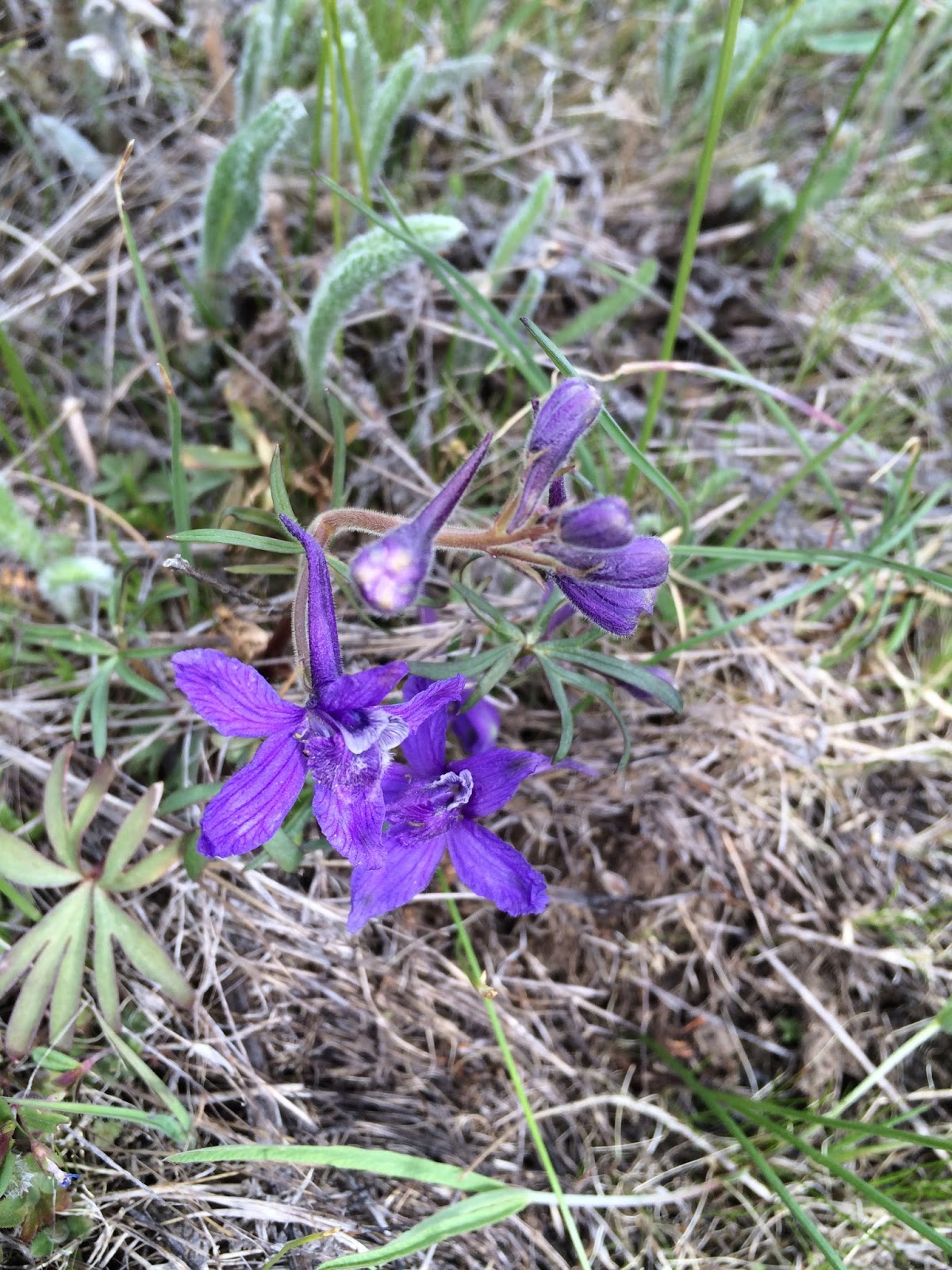 While I was dilly-dallying, my friends headed back into the trees to see if they could locate the owls.   The female was hunkered down in the nest and we could only see the top of her head but we managed to locate the male owl nearby. 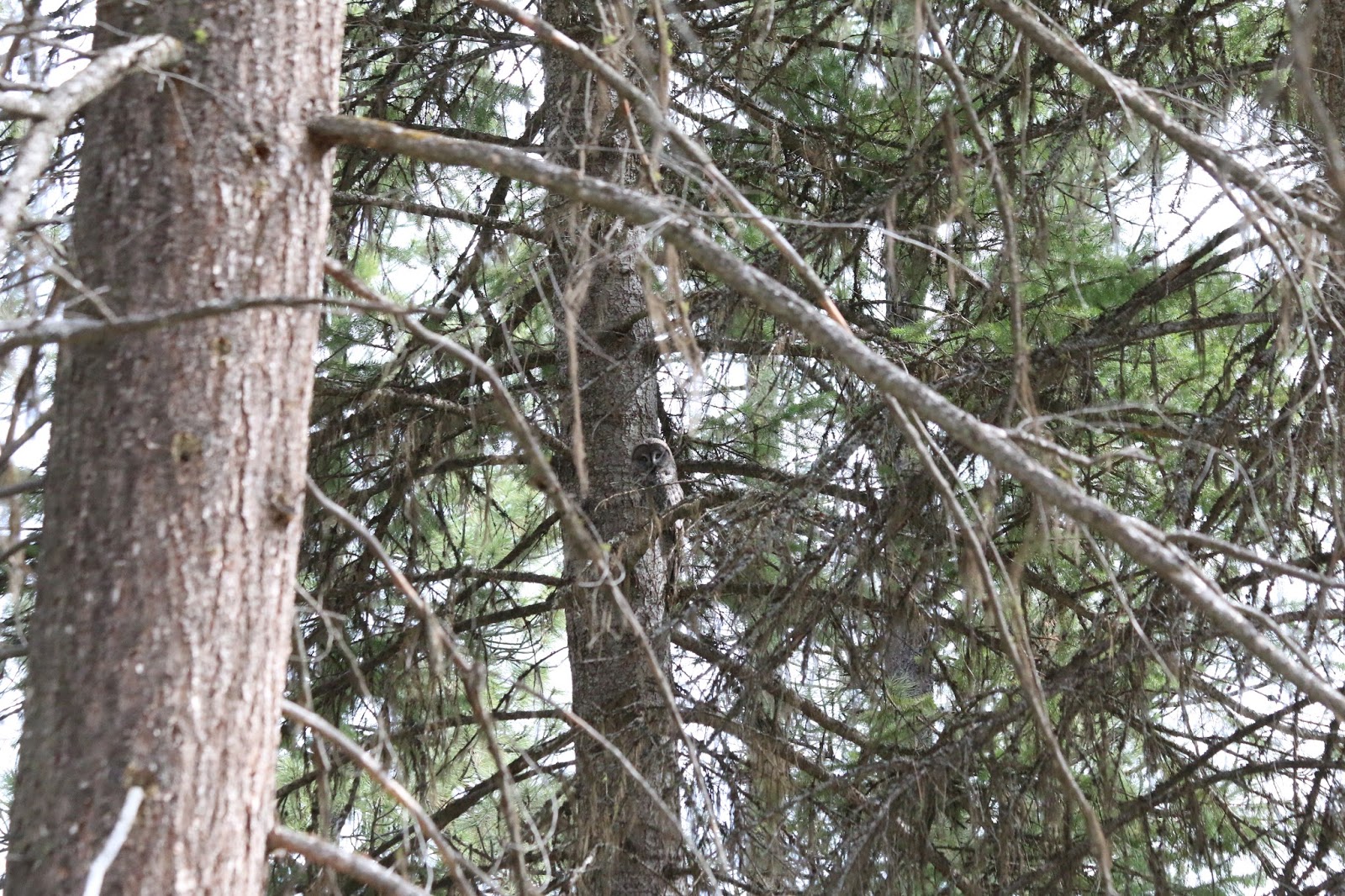 He was mostly snoozing, occasionally waking up to keep an eye on a raven or some noisy nutcrackers.  After watching him for awhile we went back to the field we visited the day before to have snacks and hang out.  We made one more owl visit before heading out. 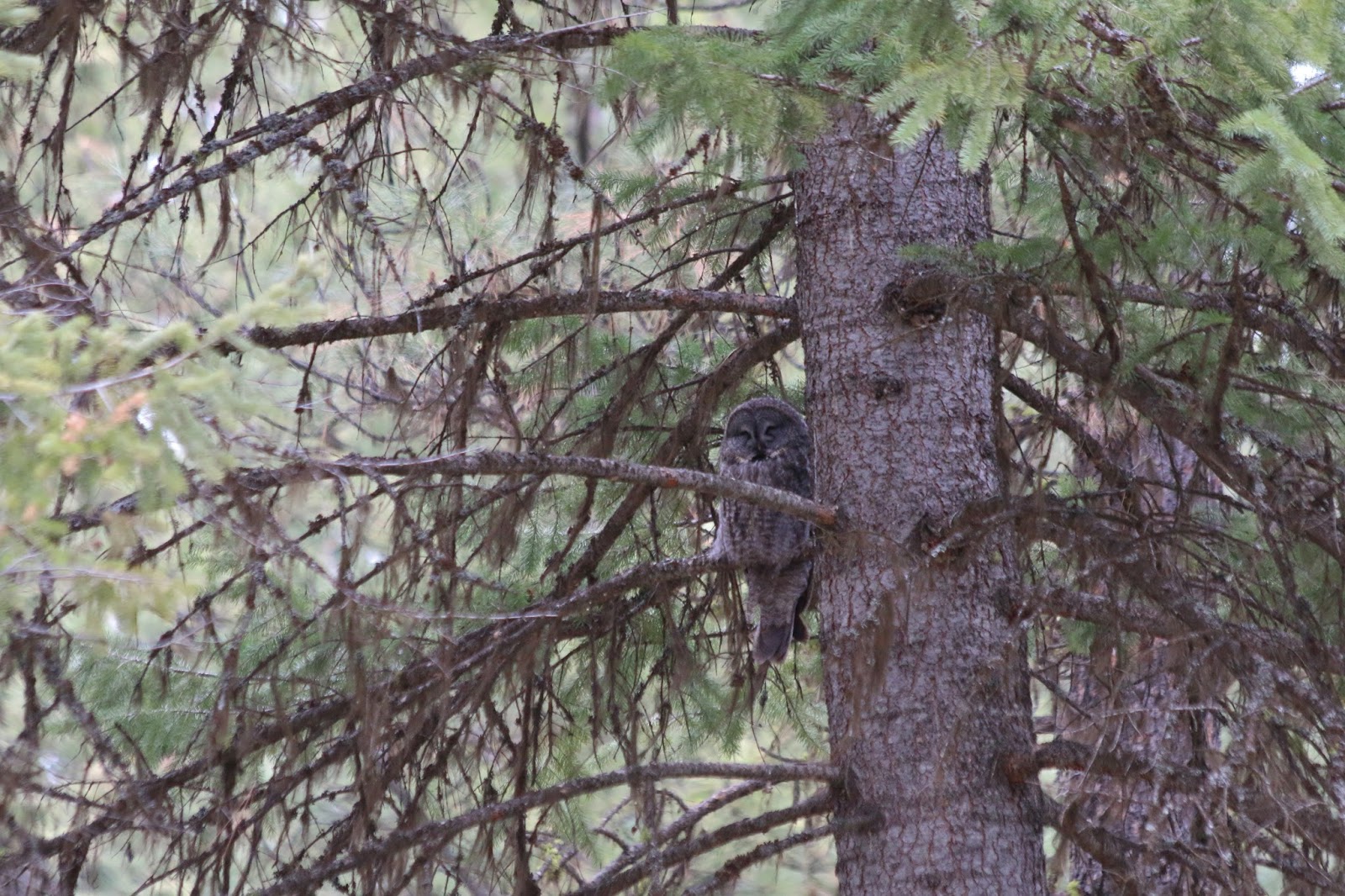 Look at my bow tie, I'm so much fancier than you. 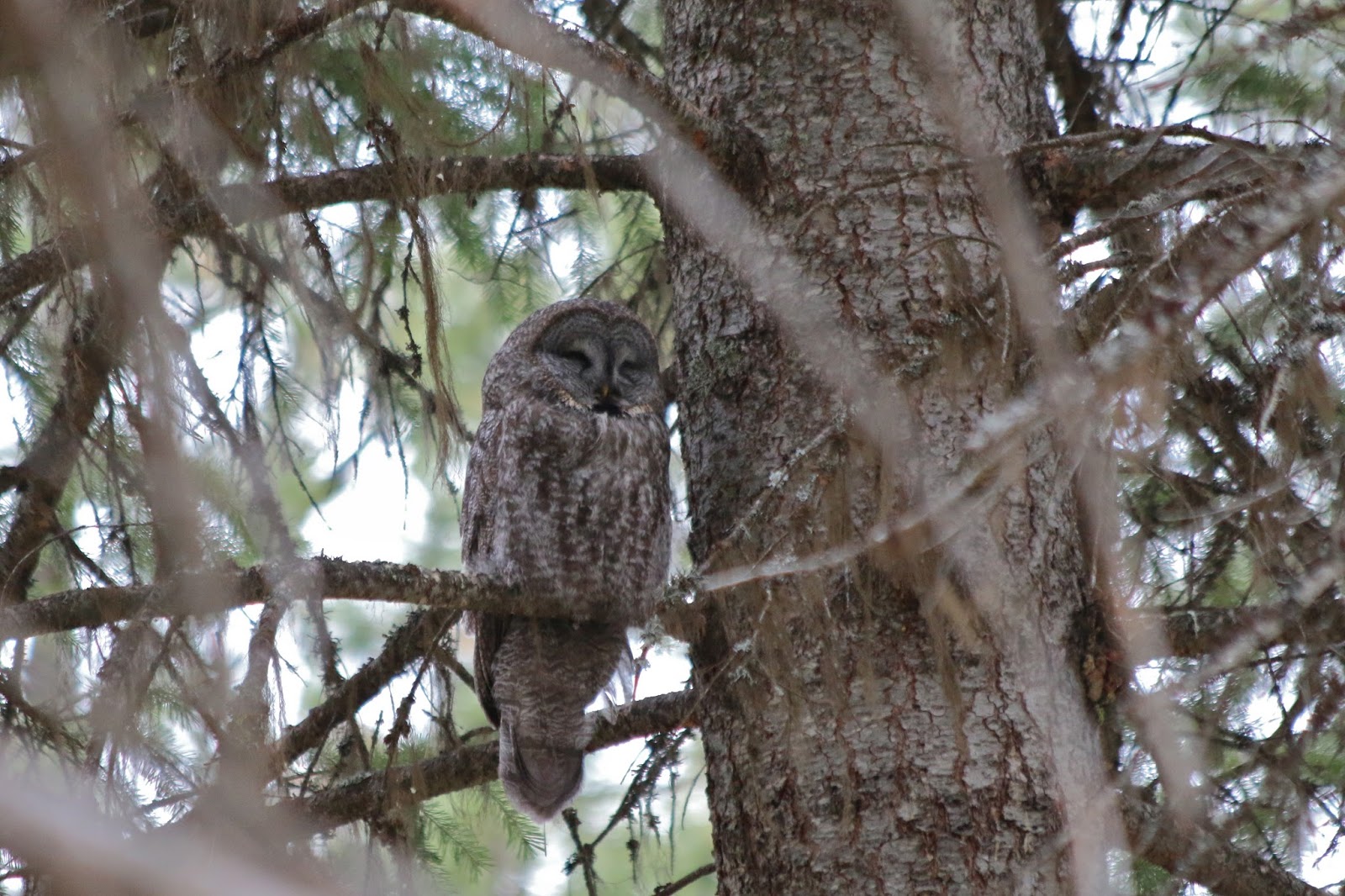 Turns out, there is no limit to the number of photos one can take of a sleeping owl.

Eventually we decided we should start the hike back to the car.  Another puddle was proving to be a nice little watering hole along the trail... 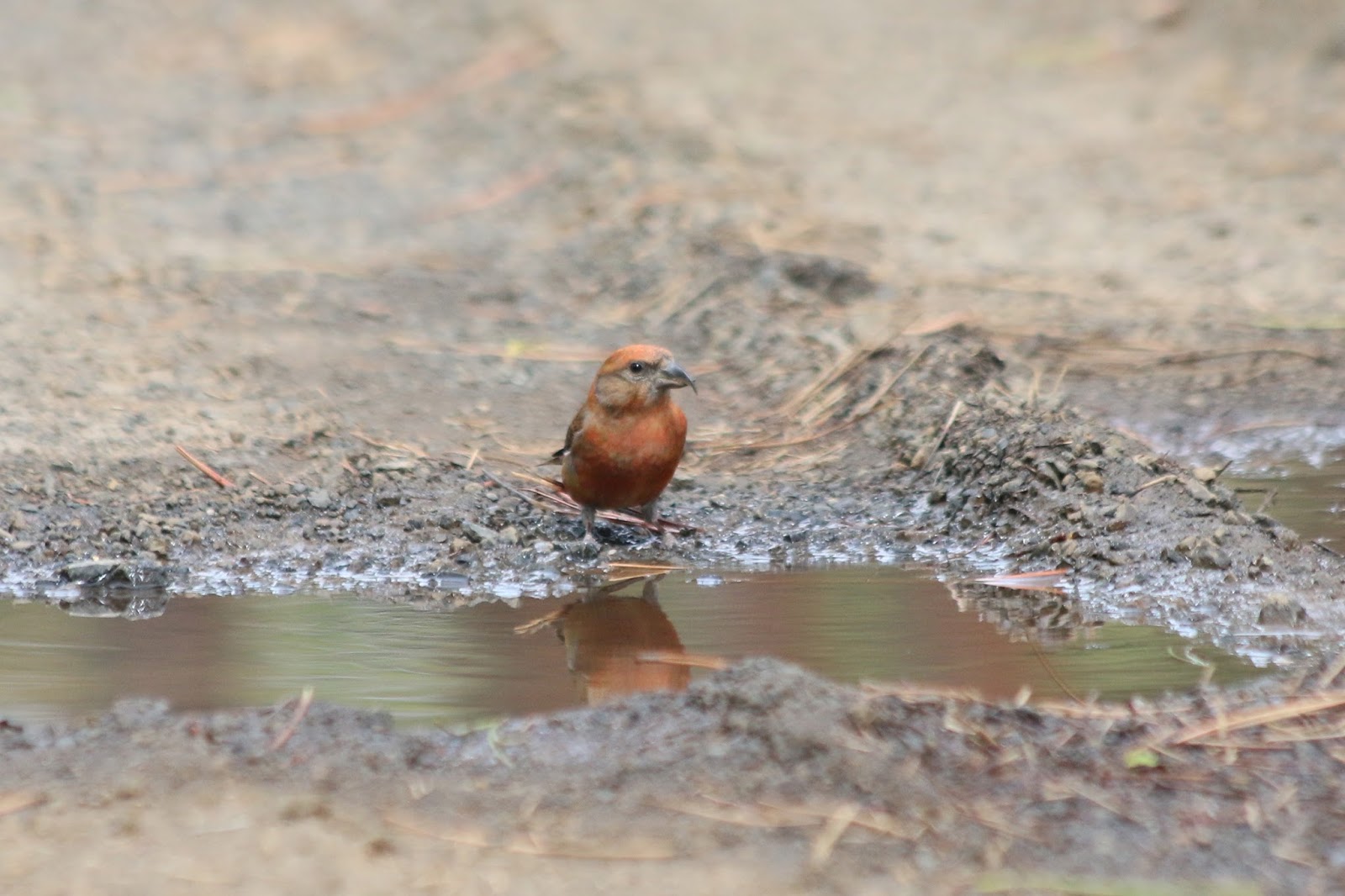 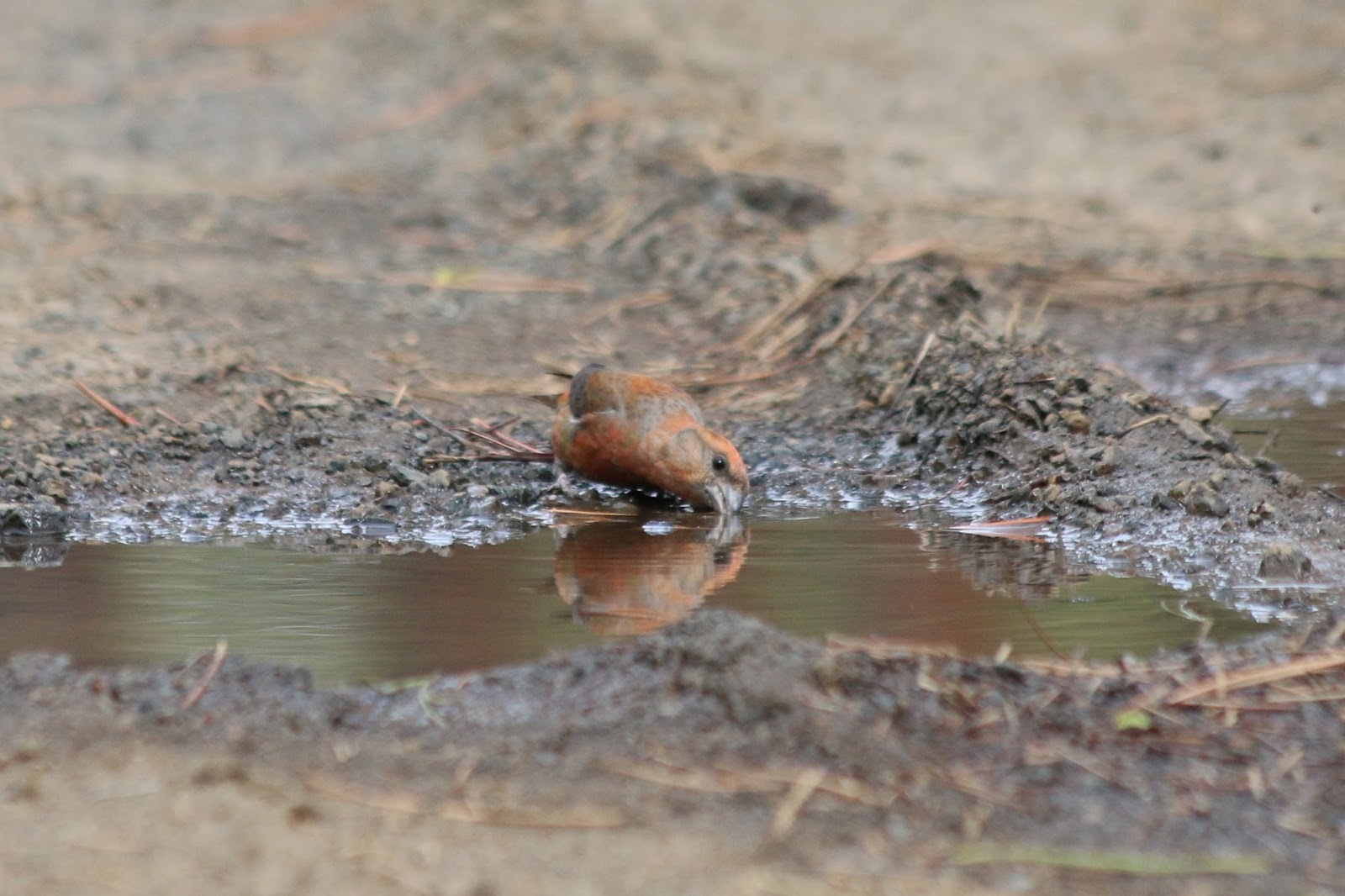 And that was about it.  It was a really fun and quick camping trip with an awesome life bird for everyone.  Good times!! 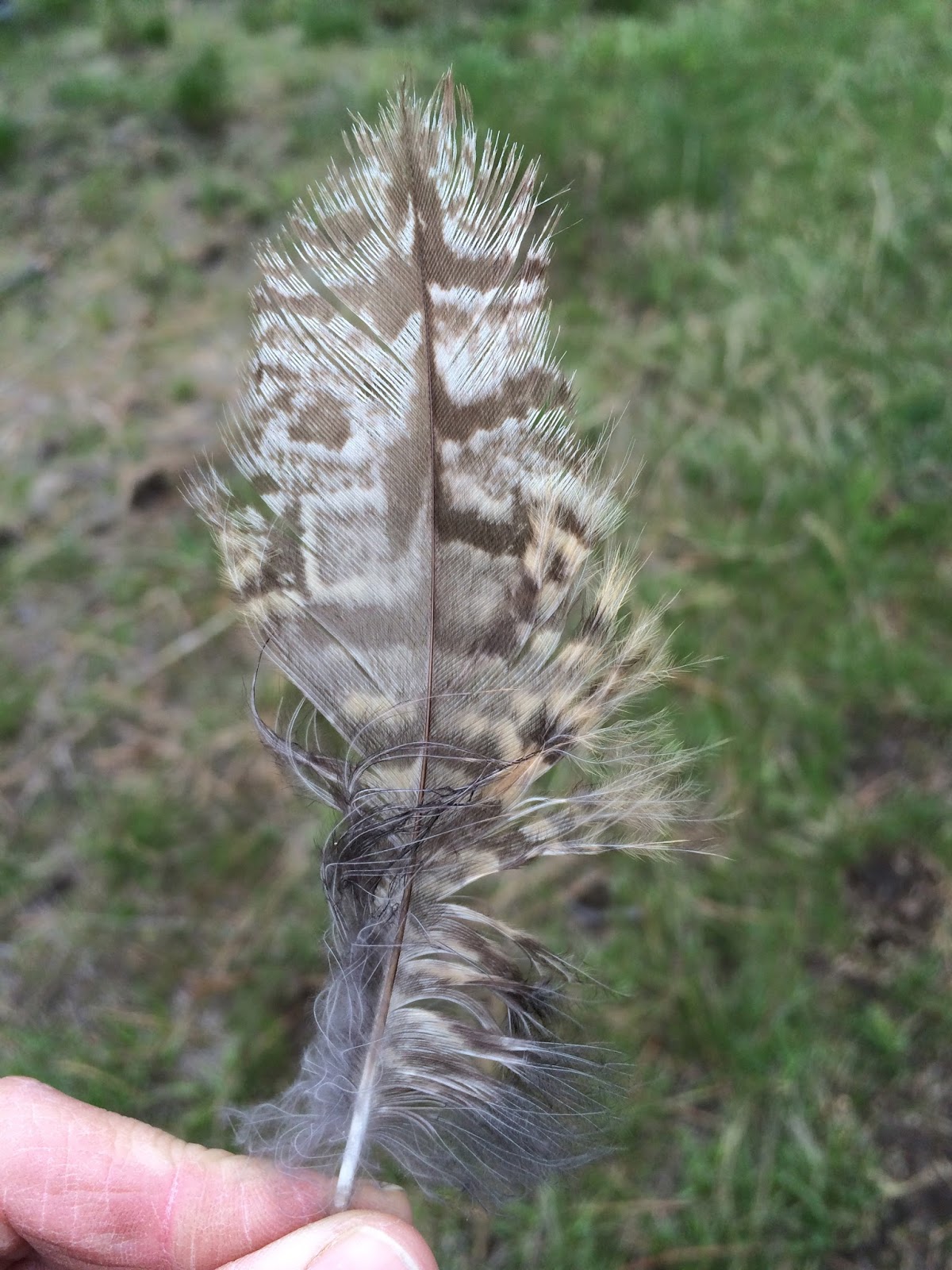