It's a cruel, cruel summer.

on July 02, 2015
June was a fantastic month for breaking terrible records here in Portland.  Warmest June on record.  Most consecutive days without rain.  You get the idea.  We're screwed.  It doesn't exactly make me want to run out and go birding, but sometimes it does.  Sometimes you have to steer into the skid.  Dive into the deep end.  If you can't beat em, join em.  Something along those lines.

And so yesterday while it was supposed to be in the upper 90's in Portland, I drove out to Gilliam County where it was in the low 100's.  Screw it.  If I'm going to be sweating my ass off, I may as well look at some pretty scenery while I do it. 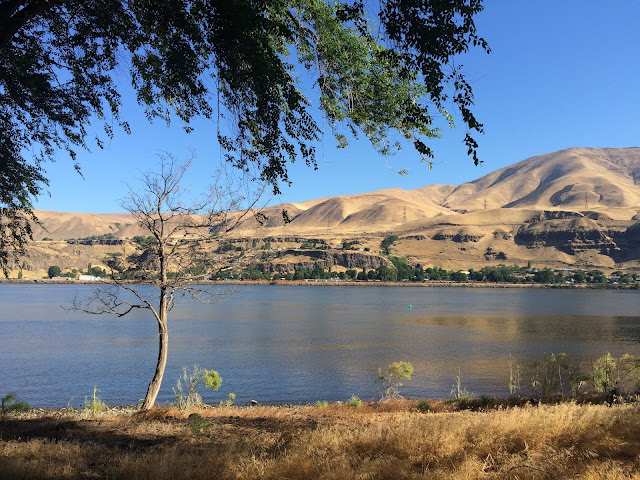 I made a pit stop at Celilo Park (above) to pee and walk the dogs on the freshly watered grass.  Kingbirds and orioles dominate the scene there but I was most psyched to find this baby goldfinch hopping around the grass: 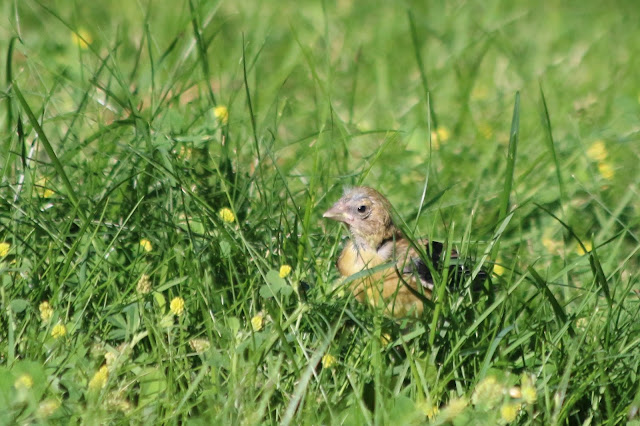 From there I headed to Gilliam to check out the Phillipi Canyon area. 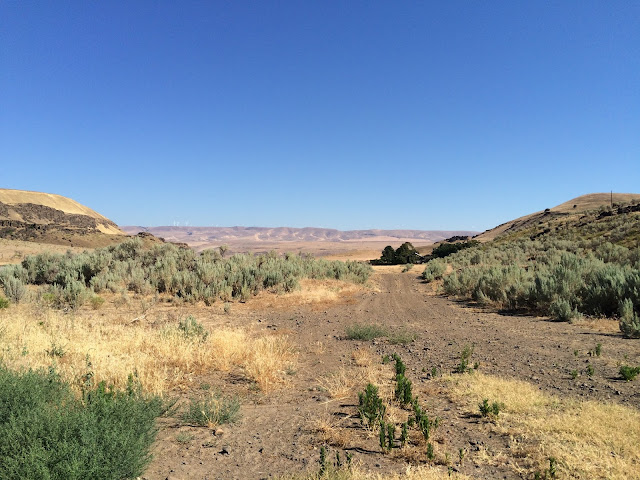 I picked up five new county birds in this area, mostly along Heritage Lane just after it splits off from Phillipi Canyon Lane. 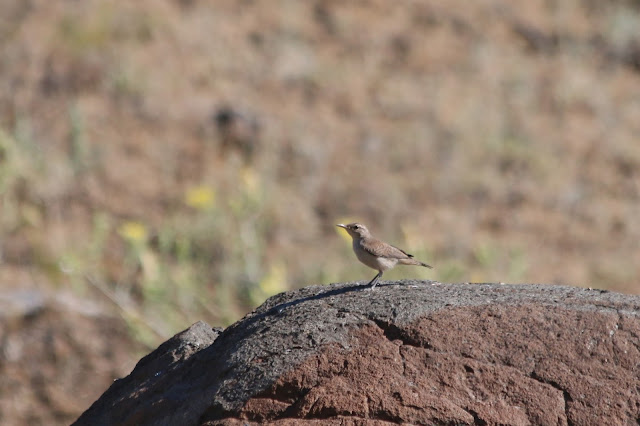 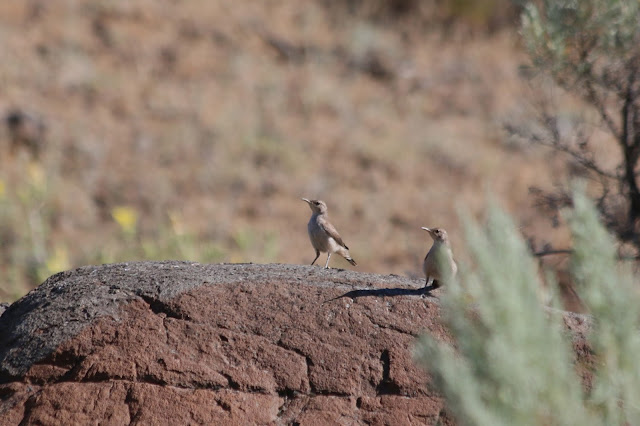 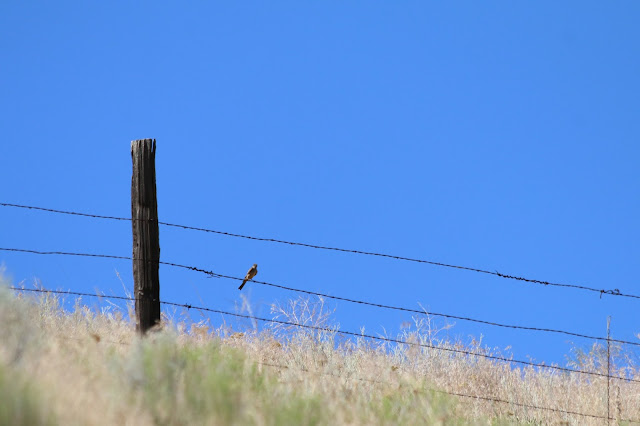 Four flyover pelicans were a nice surprise, eliminating any desire I had to drive all the way to Willow Creek. 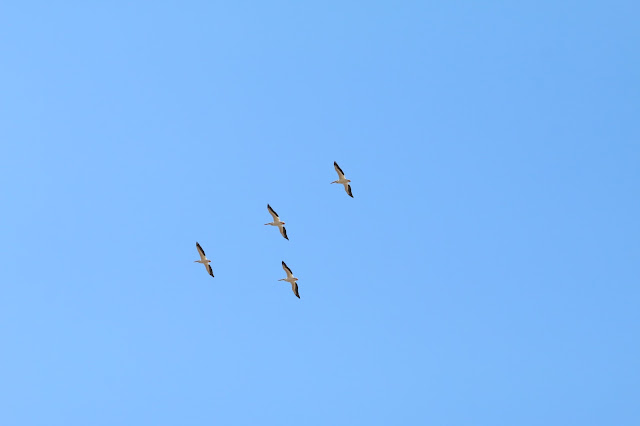 Lark Sparrows mostly hate having their picture taken but this one dude humored me: 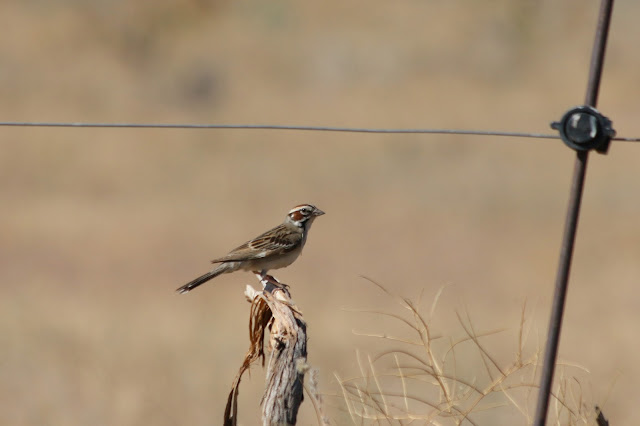 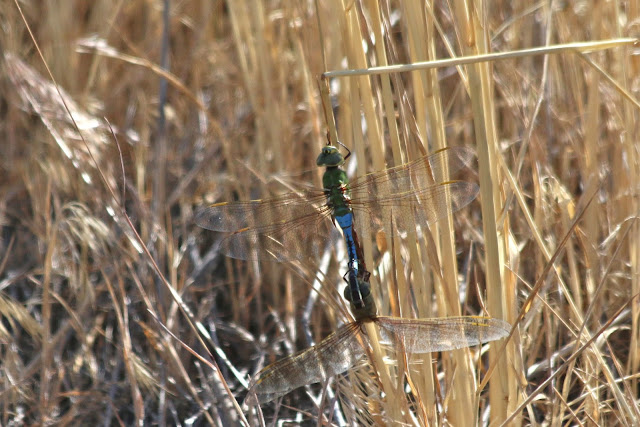 After Phillipi I drove east to Blalock Canyon.  There's a short paved road by the freeway exit that leads to the train tracks, and a shorter rocky road that leads to a pond.  I took the dogs down there so Jake could cool off and Ralph could wince at the thought of his dainty feet getting wet. 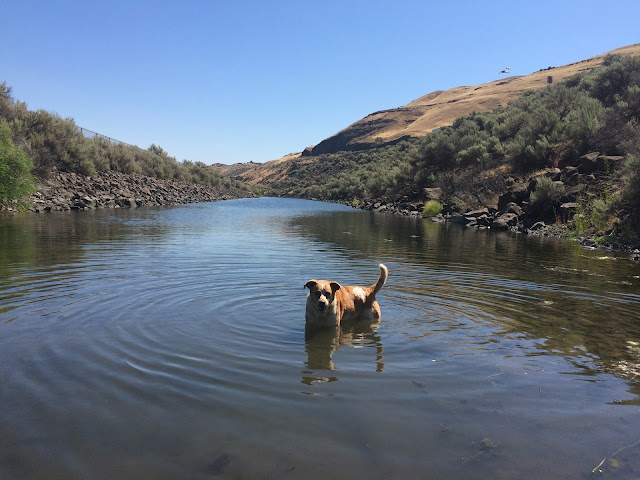 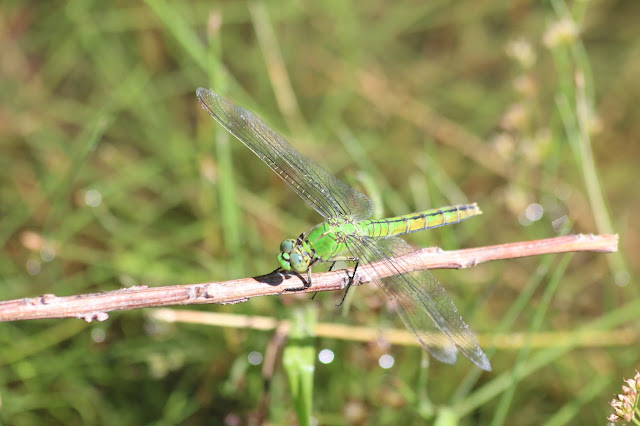 From here I drove up Blalock Canyon Road finding only one new county bird: 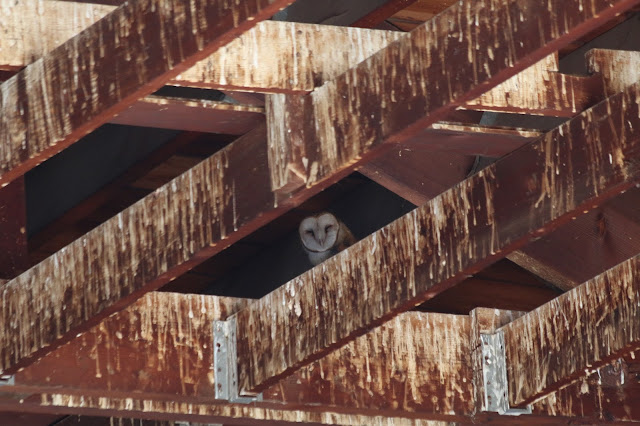 Fun fact:  owls do exist in the summer.

By noon it was in the 90's and I decided to explore one last area, Trail Fork Road.  It was birdy enough for the time and the temperature and I stopped at the one shady spot along the road.  This spooked five Chukars and they went running up the road.  I lifted my camera to find a yellowjacket parked on it, then it started buzzing around the car.  At the same time this other big loud insect flew in the passenger side window and landed on the ceiling.  In conclusion my Chukar photos were terrible. 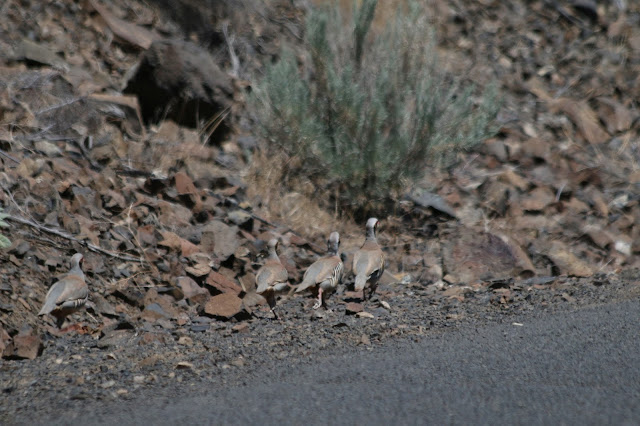 But my insect photos were good!  It's a robber fly! 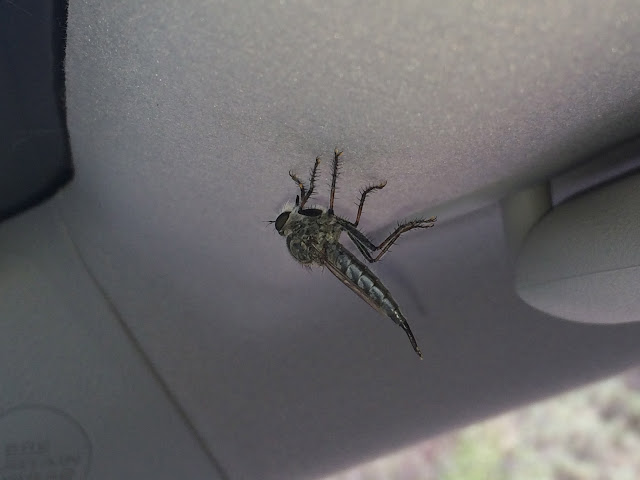 Up ahead in the middle of the road I unfortunately found a decent Chukar photo op... 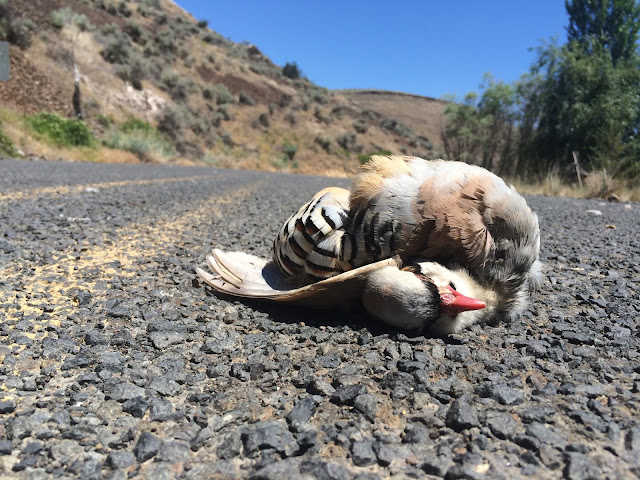 And while we're talking dead stuff, someone had displayed this dead raccooon on the wall of a bridge not much further up the road. I'll spare you the dead skunk and the dead porcupine.  This time.  Here's a live deer instead: 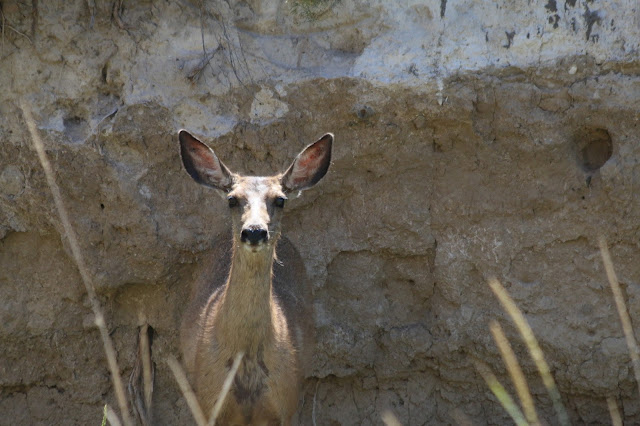 She had been lounging in a most ridiculous position in that little cliff face behind her when I stopped.  I actually thought she was dead because of the way her legs were bent, but as you can see, she was not.