on July 28, 2015
Yesterday I wanted to go somewhere pretty with the dogs, maybe see a bug or two, somewhere without a ton of people.  Mount St. Helens popped in my head and without doing any research at all I packed a sandwich and my camera and got in the car.

I followed signs towards Lava Canyon because the name sounded cool and I had never been there.  The road (NF-83) was pretty much deserted and I realized it looked like a fantastic setting for grouse.  About 8 miles down the road I finally saw one... 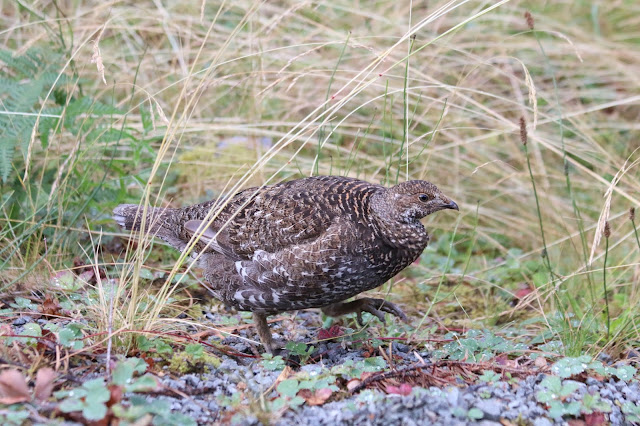 This lady Sooty Grouse let me pull up right next to her and gawk.  Eventually I realized that just down the hill behind her was another grouse.  And another.  And another.  She was the proud mama of at least seven young! 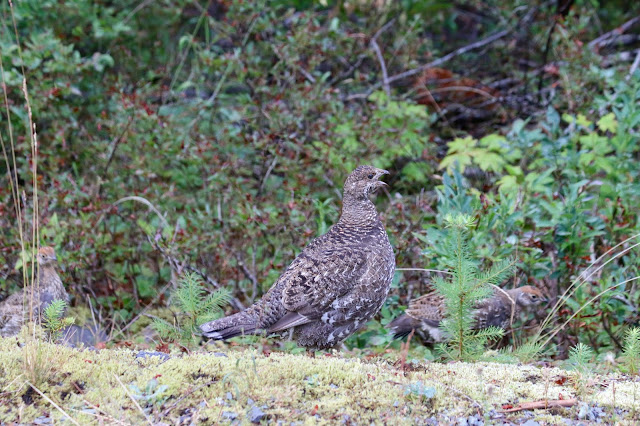 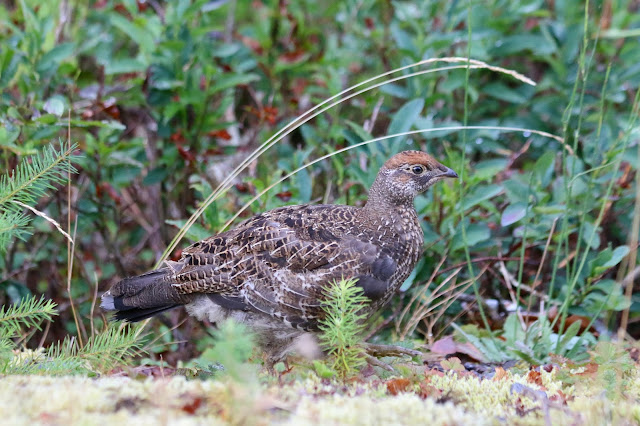 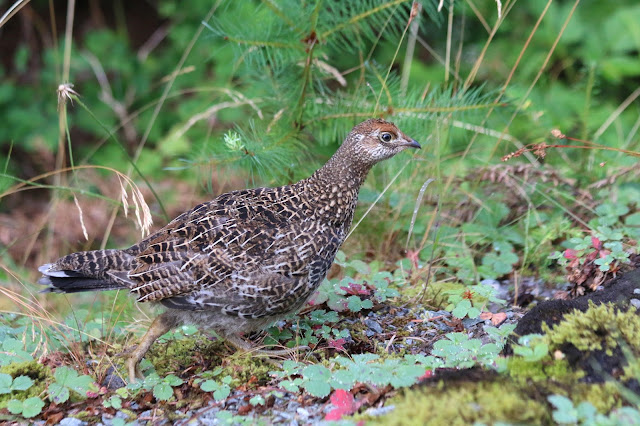 I was getting ready to leave them alone when mama decided it was time for them all to cross the road... 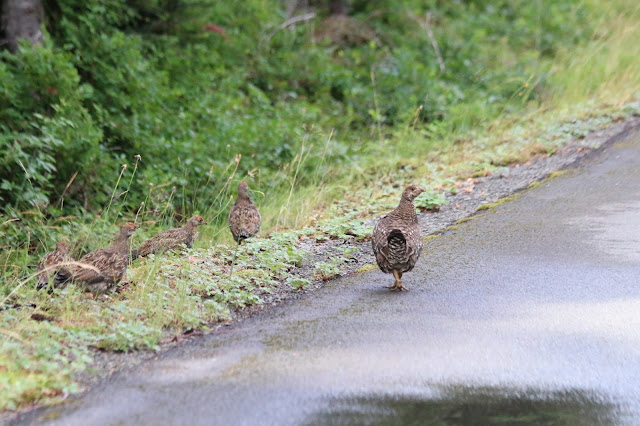 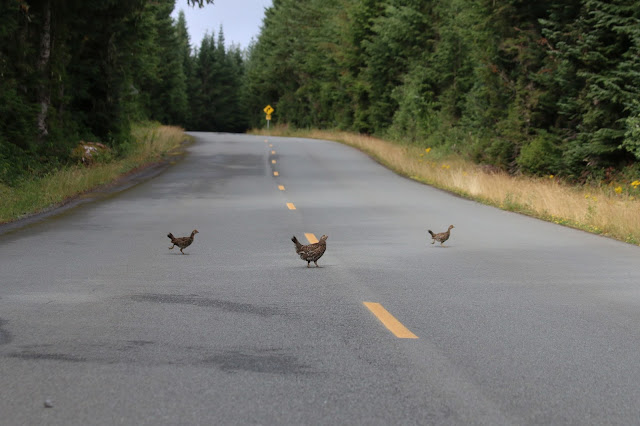 Mama would stand in the road while the young crossed one or two at a time.  The young bird would take some slow steps about a quarter of the way into the road, then suddenly make a mad dash to complete the crossing. 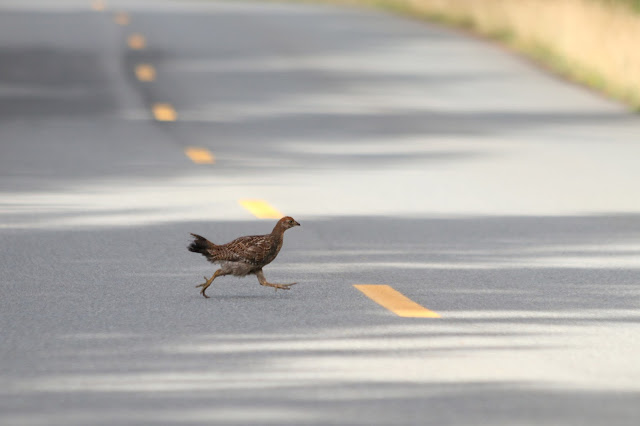 This was definitely the sighting of the day!

We made it to the Lava Canyon Trailhead where I planned to check out the waterfall viewpoint and do the loop trail.  Swainson's Thrushes were singing along the trail and actually let me get a photo for once... 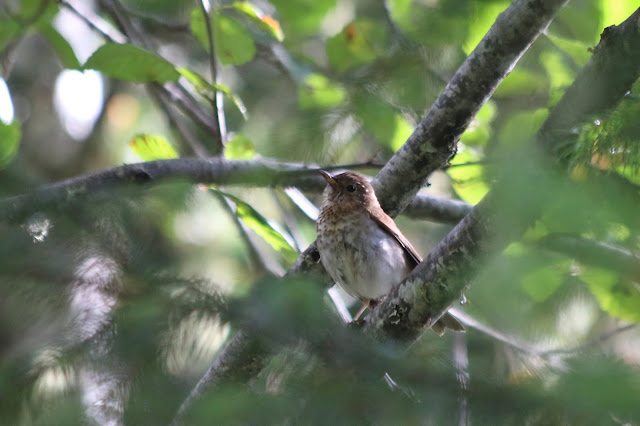 The trail leads down into the canyon and I stopped to check out the waterfall: 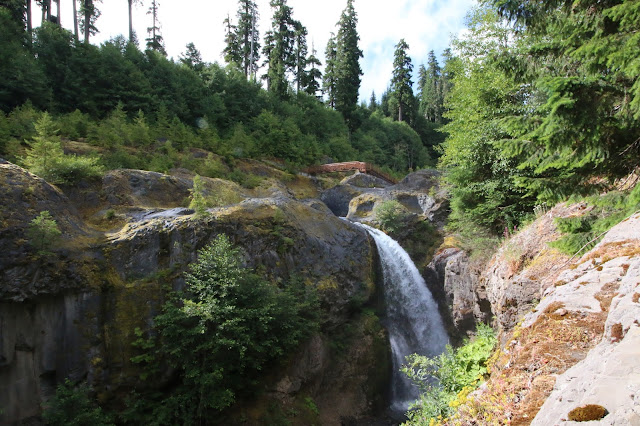 We continued hiking down the trail to the loop trail.  A Pacific-slope Flycatcher started calling and I reached for my phone to make note of it.  When my hand returned from my pocket with my phone I found a caterpillar wrapped around my pinky finger.  I still don't get how this happened but it startled me and I flung it, then picked it up and placed it on some moss... 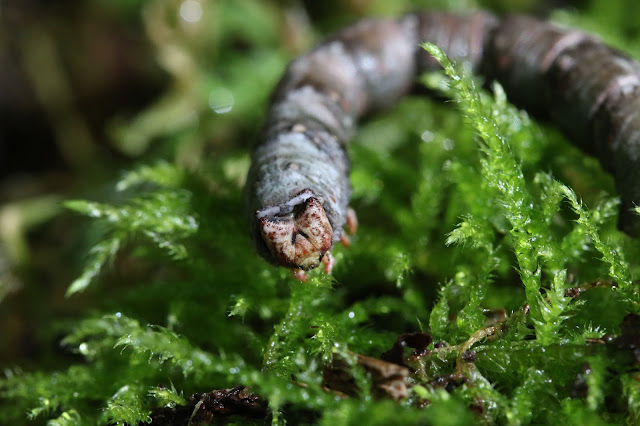 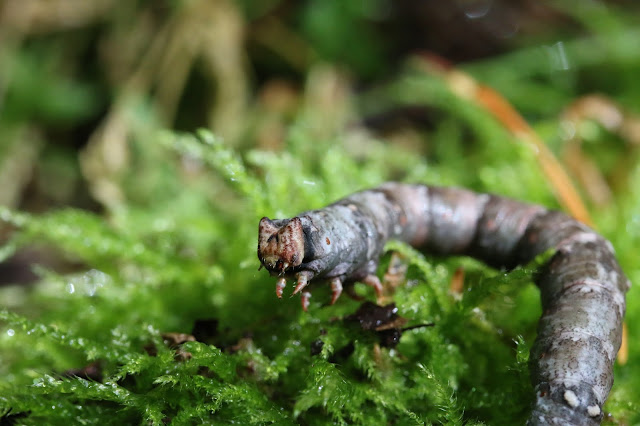 So far my best guess is Biston betularia, or Peppered (or Pepper-and-Salt) Moth.  If you have a better guess, let me know!

Farther down the trail we found the second end of the Lava Canyon Loop, a crazy awesome suspension bridge I was super excited to cross: 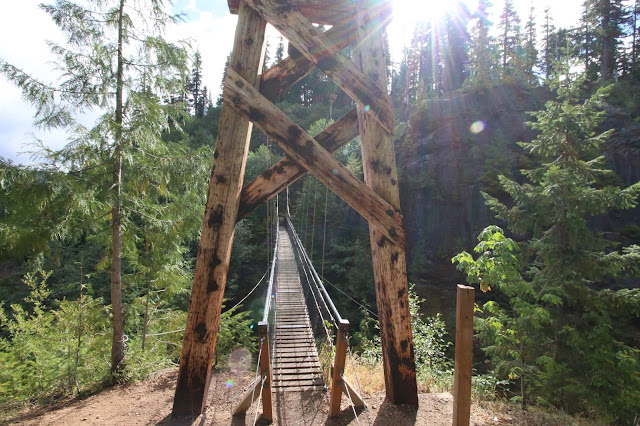 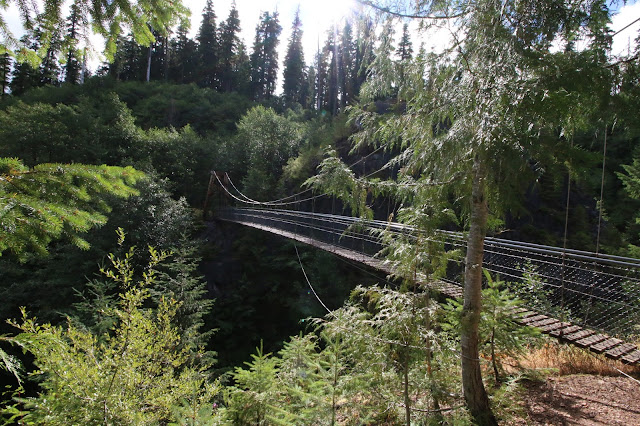 We made it about twenty feet on the bouncy swaying bridge before Jake shut it down.  He wouldn't budge after a certain point.  Ralph was surprisingly okay with it.  But we turned around and went back to solid non-bouncy land. 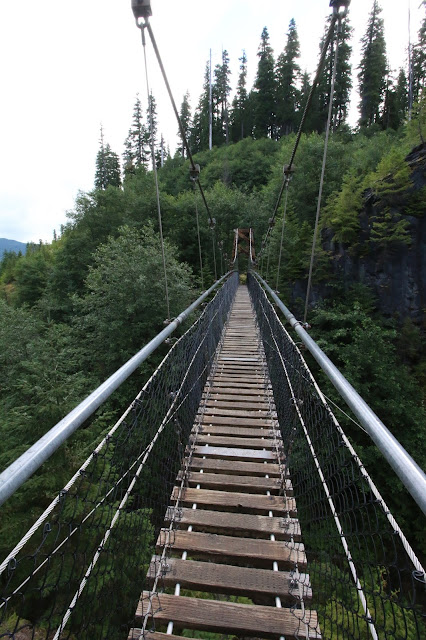 I hiked back up thinking we could try the first bridge over the canyon and see the rest of the loop that way, but even Ralph wouldn't do that one.  The steps to the bridge were made of metal that must feel terrible on dog paws.  Oh well, we enjoyed the views from where we were. 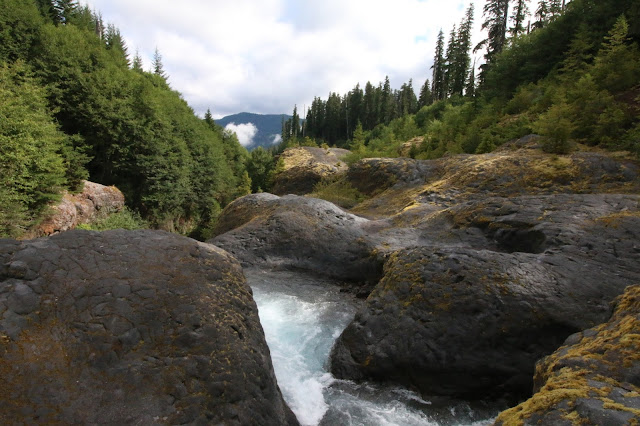 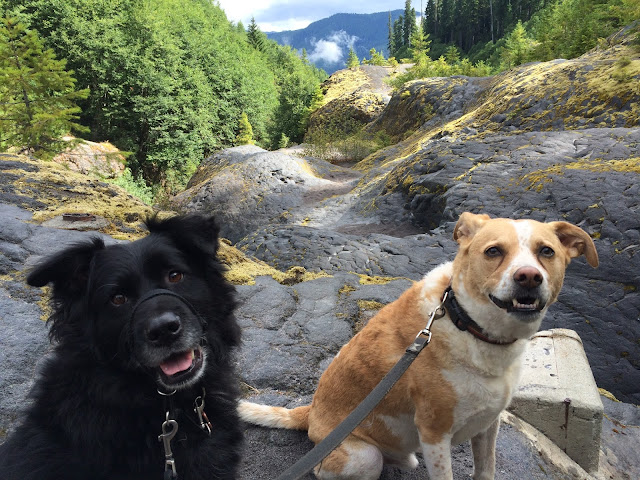 That was about it for photos from Mount St. Helens.  Oh wait, you probably want to see the actual volcano.  Here it is: 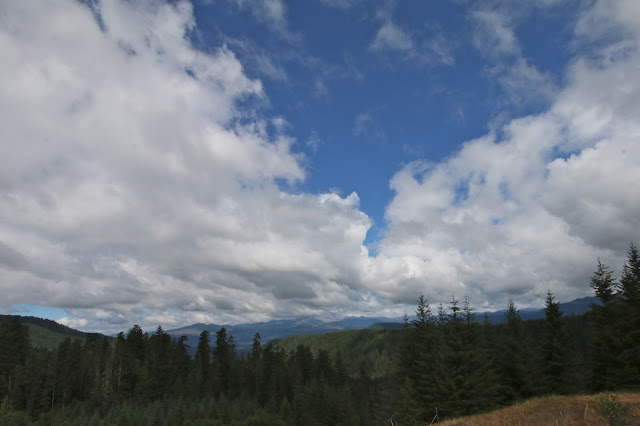 Concealed by clouds the whole time I was there.

Back at home that afternoon I noticed a moth on the greenhouse door: 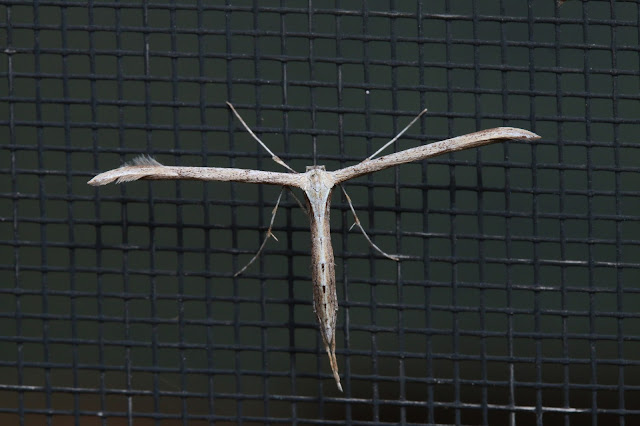 So rad, it's a plume moth though no idea which species.  Good times!
Sooty Grouse Swainson's Thrush