on August 25, 2015
Yesterday morning I was outside bringing the dogs inside so I could go to work when I heard a buzzing on the ground.  A wasp and a honeybee were entangled on a walkway stone, going at it.  I fought the urge to break them up and watched to see what would happen.

I ran inside to grab the macro lens but it was still hard to tell exactly what was going on until it had already happened. 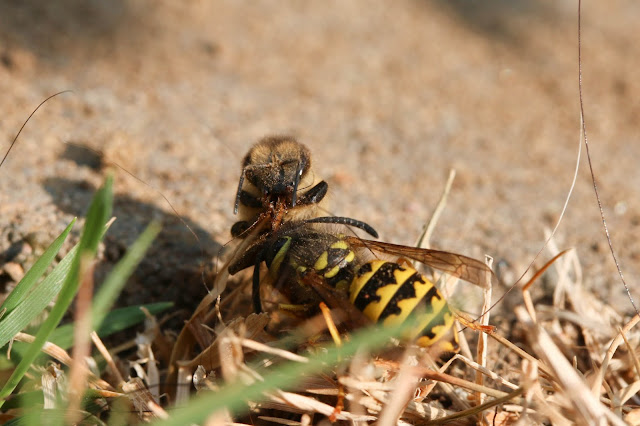 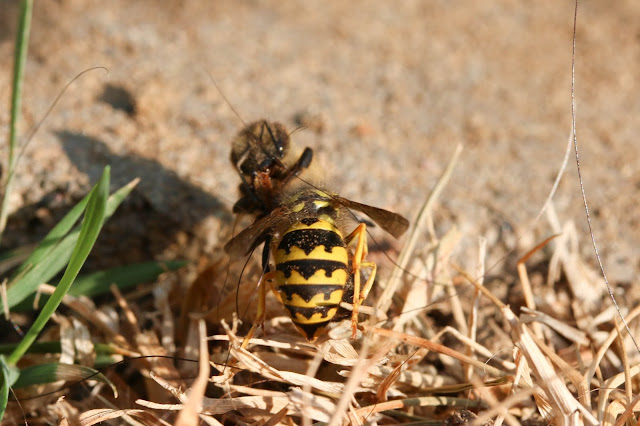 This next photo best shows what was about to happen.  The wasp has a firm grip on much of the honeybee's abdomen, most of which has been torn from the honeybee's body. 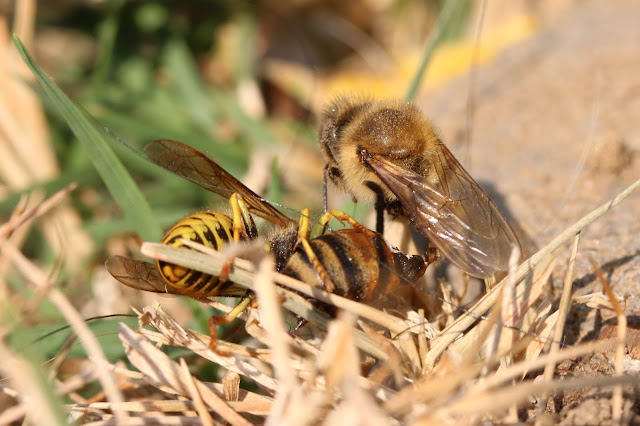 The last little bit holding the abdomen together was broken and the wasp flew off holding the big round butt of the honeybee.

The honeybee fluttered around on the ground, still alive. 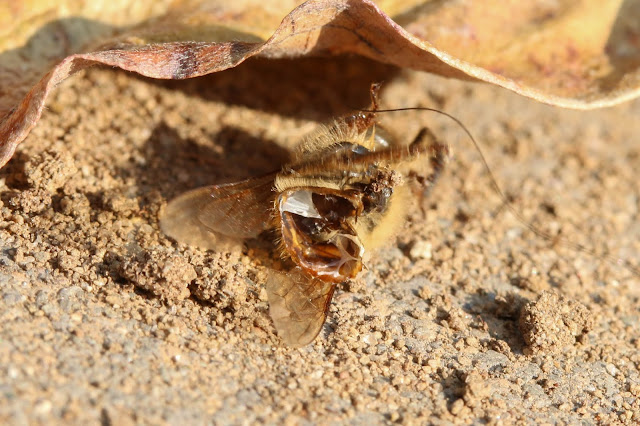 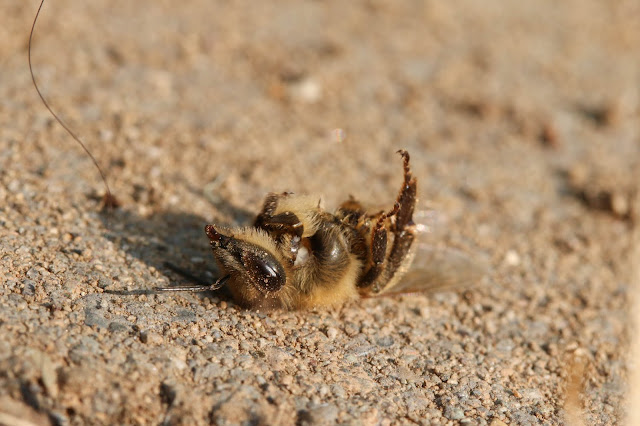 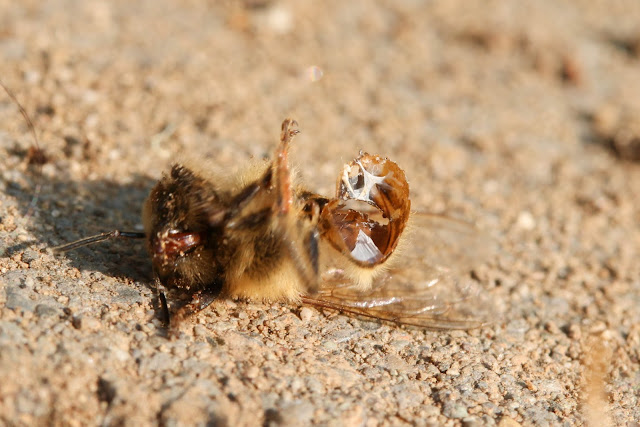 I put a leaf over it and killed it to end the torture.

The wasps have been around all summer but this was the first time they really pissed me off.  I will no longer be tolerating their existence.  I found this dumb meme on the internet that sums things up: 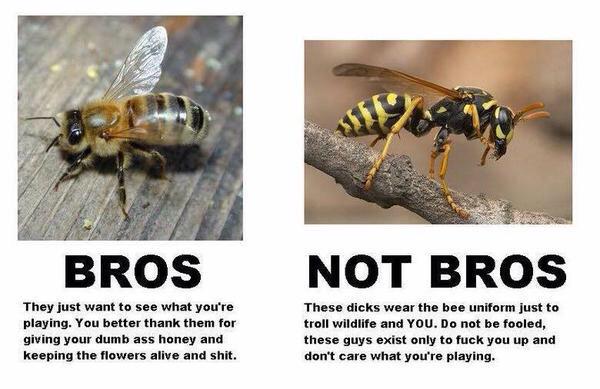 Watch out, wasps.  You're going down.