Tales from an Oregon pelagic.

on September 01, 2015
That's right, I finally went on a pelagic in my own state with Oregon Pelagic Tours out of Newport.  I had been warned that Oregon waters are far less kind than California waters.  There was much puking, though thankfully I felt fine. 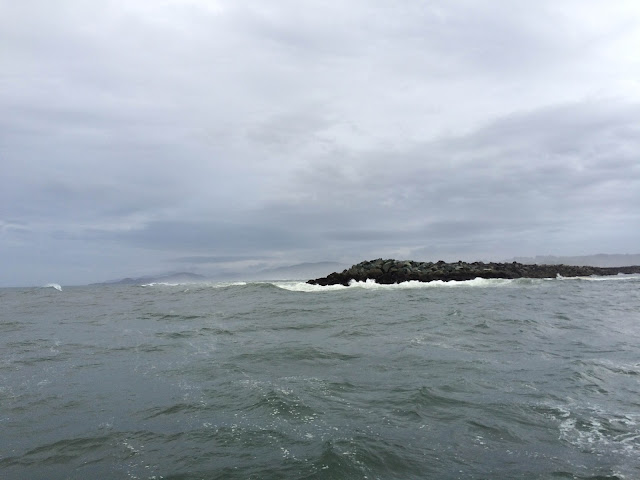 A new perspective on the South Jetty of the Yaquina River

A gray whale was spouting super close to the boat before we got far from shore: 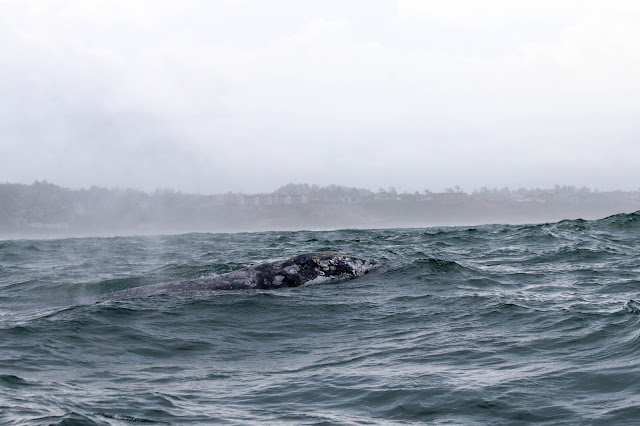 The weather had me a bit nervous in the beginning with a twenty-ish minute rain squall during which my pocket pretzels turned to mashed pretzel mush and I wondered why I had thought an Oregon pelagic was a good idea.  But while it rained we started seeing birds and everything was okay again. 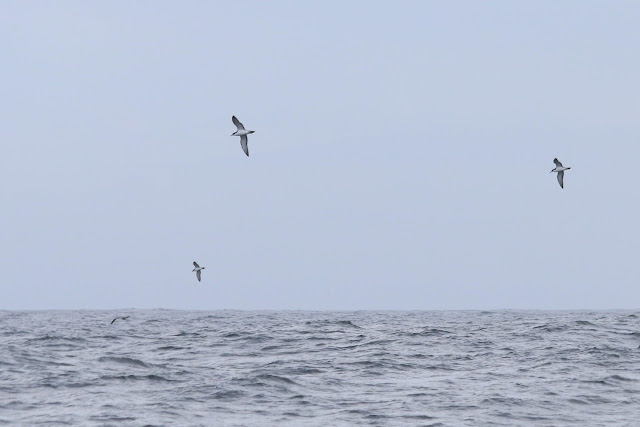 Buller's Shearwaters were not plentiful but they did give us great looks. 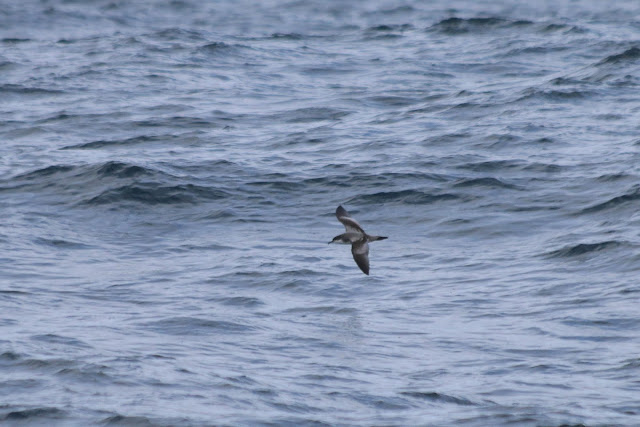 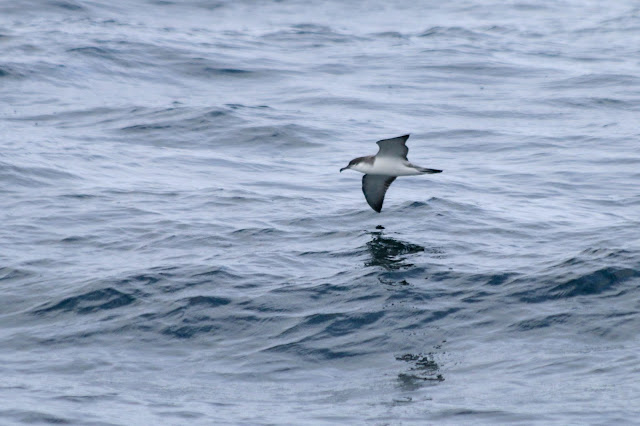 My one and only life bird of the trip was the Fork-tailed Storm-Petrel.  They are as cute as a seabird can be with the bonus of being rather easy to identify. 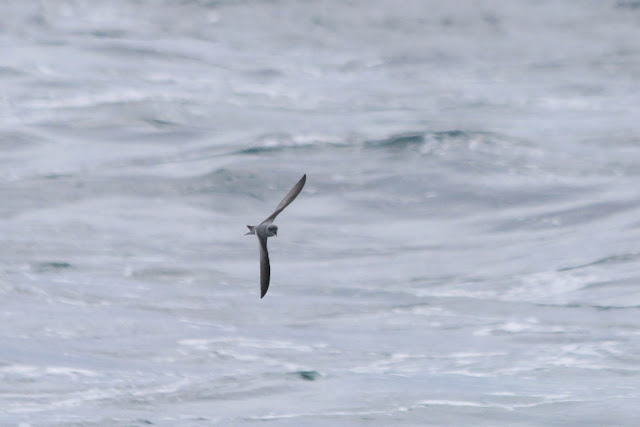 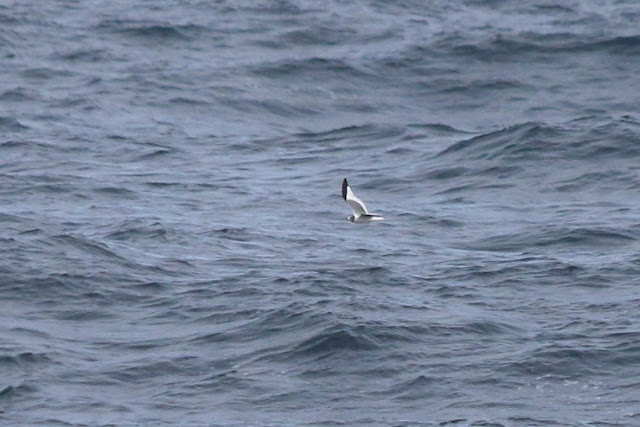 The sun started poking out here and there and we settled in for some chum action. 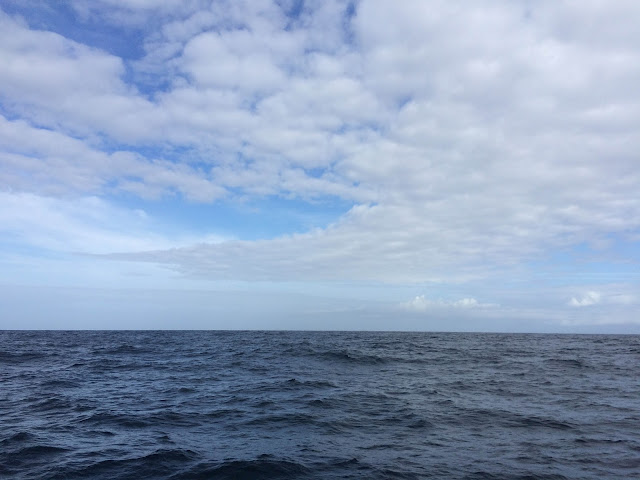 Black-footed Albatrosses made a strong showing.  What a freakin bird. 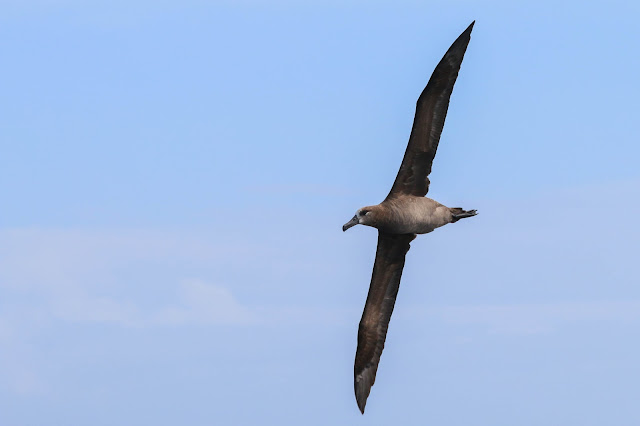 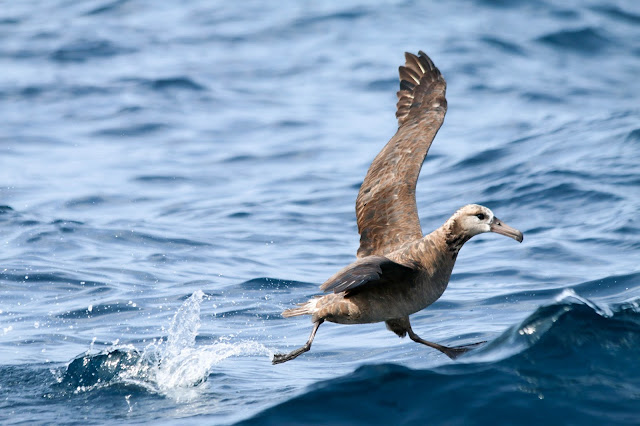 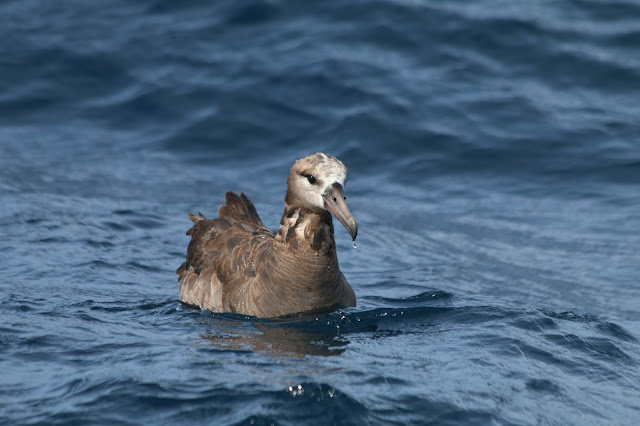 This is one of those birds I can't really wrap my head around.  Or arms around.  I bet they're good huggers.

Earlier in the day a skua had passed the opposite side of the boat and sadly I missed it, so when a second one flew over I was stoked.  Nothing gets people yelling like a skua. 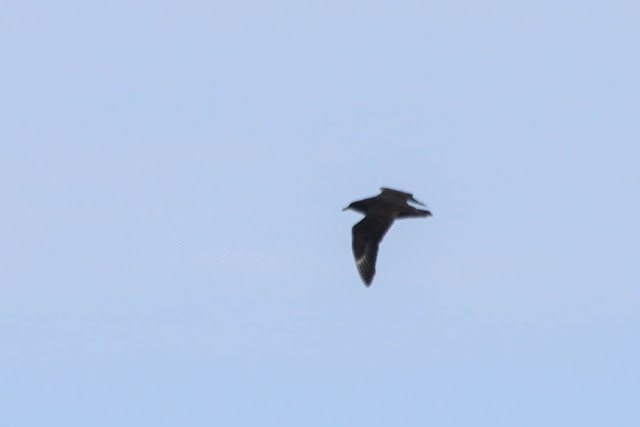 Pink-footed Shearwaters were easily the most abundant shearwater around. 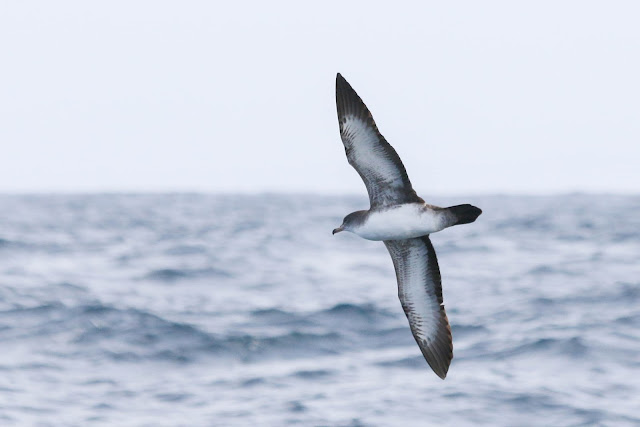 All the jaegers were seen on the trip, though I only managed photos of Long-tailed and Parasitic. 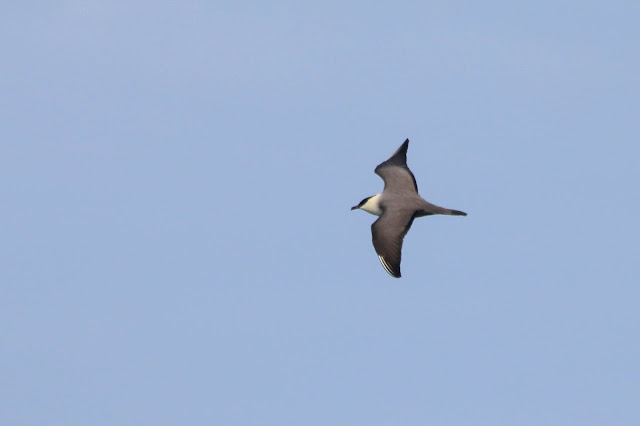 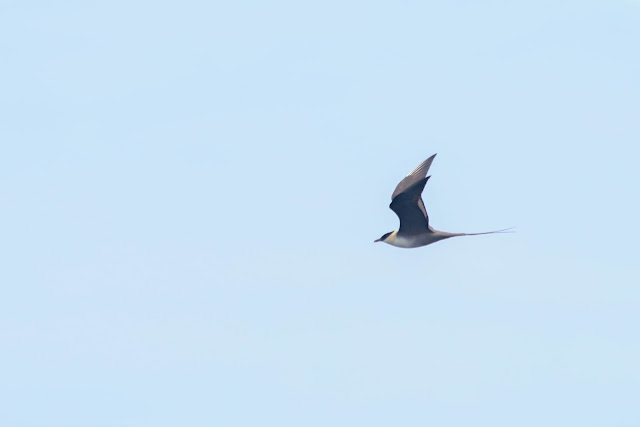 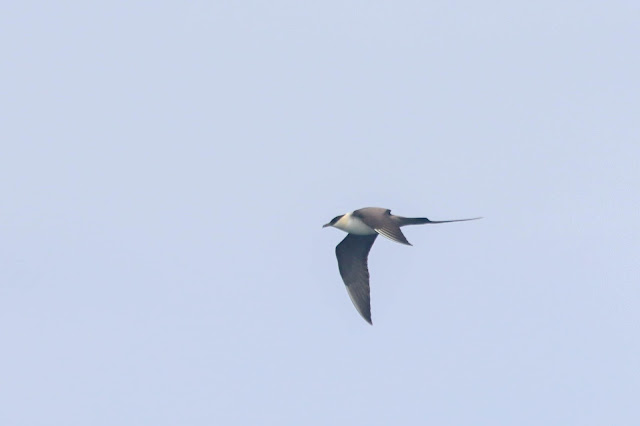 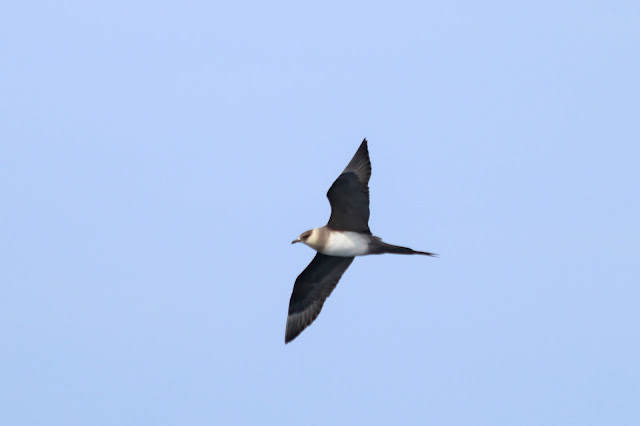 These were definitely the best looks I've had of these species.

In addition to the albatrosses and jaegers checking out the chum, we had a few Northern Fulmars come in.  One dude pointed out the pink gape this little monstrosity was sporting: 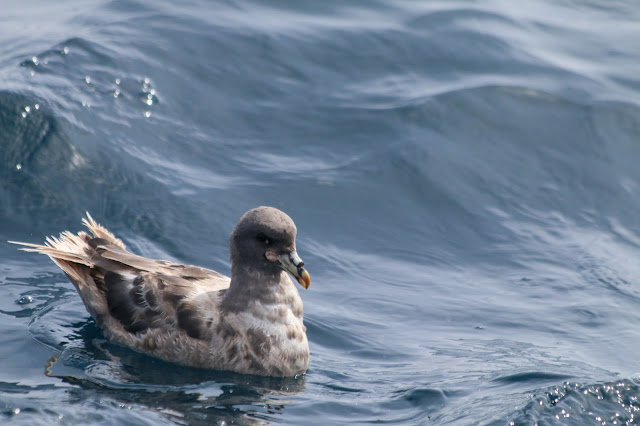 A couple lighter adults were also around. 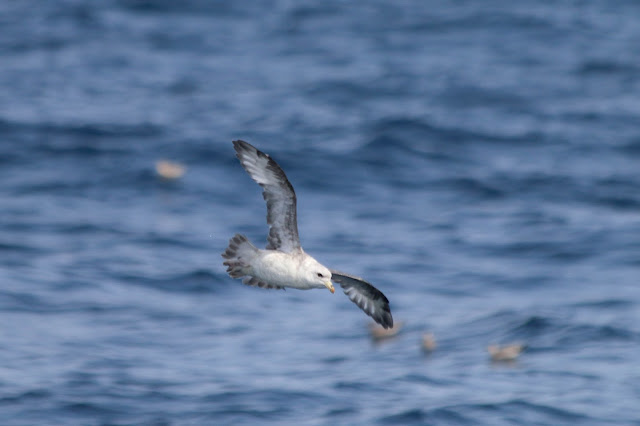 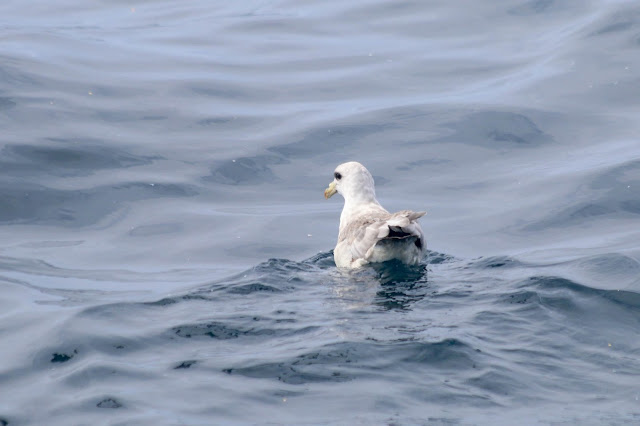 Fork-tailed Storm-Petrels were flitting around the chum party... 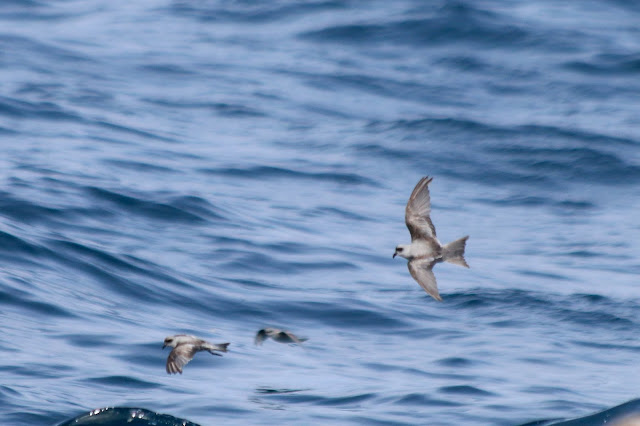 We eventually started making our way back towards land, a much smoother ride than in the morning.  Birds were scarce though I managed a bad shot of a Rhinoceros Auklet: 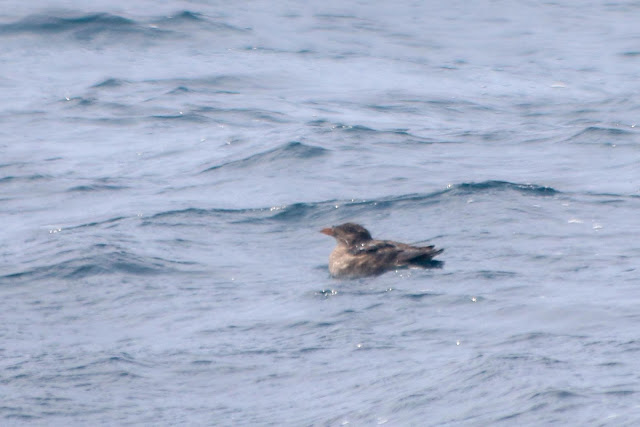 I also managed a life mammal on the ride back:  Northern fur seal! 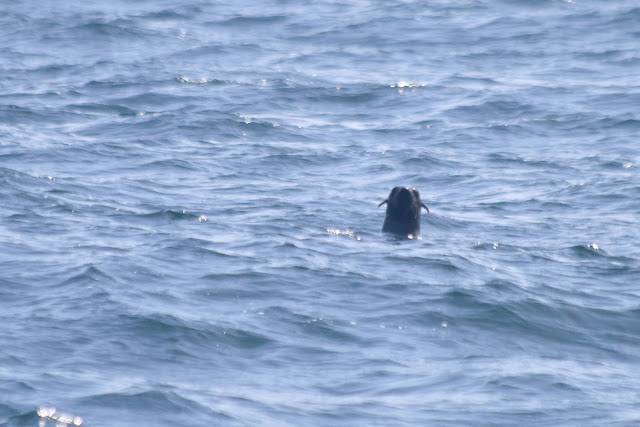 A Steller's sea lion was the last creature I photographed: 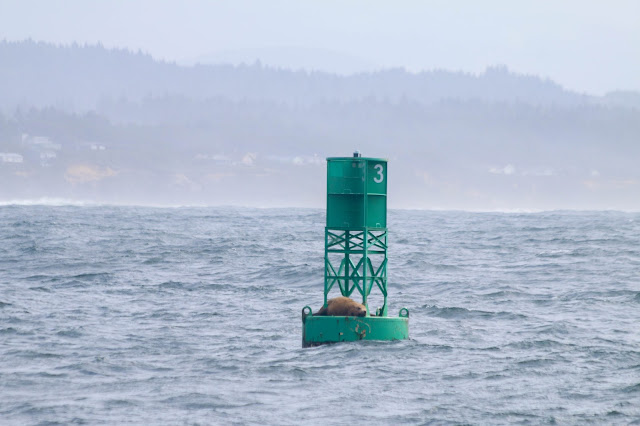 Overall it was an awesome trip.  Even though there were fewer birds in general than on my previous trips in California, we got fantastic views of so many I had only seen poorly before.  Plus I had never seen so many people puke in one day before- new record!   Many many thanks to Tim, Shawneen, Jim, Tom, and David.  It was fun to see so many familiar Portland faces out there too;  locals Bob Archer and Andy Frank and Nels Nelson have some photos up from the day too you should check out.  Good times!!
Black-footed Albatross Buller's Shearwater Fork-tailed Storm-Petrel gray whale Long-tailed Jaeger Northern Fulmar northern fur seal Parasitic Jaeger Rhinoceros Auklet Sabine's Gull South Polar Skua