Yesterday morning I made a quick trip to Broughton Beach after hearing about TWO Lapland Longspurs plus a Short-eared Owl being seen the day before.  Some Horned Larks and American Pipits were the greeters on the upper sandy beach just east of the parking area.  I headed down towards the water and along the shore past all the camps to the mudflats.  More Horned Larks were lurking here which was a good sign.

I finally caught sight of a bird that looked longspur-y, and I crept through the weeds towards it.  Unfortunately this was also towards someone's camp. 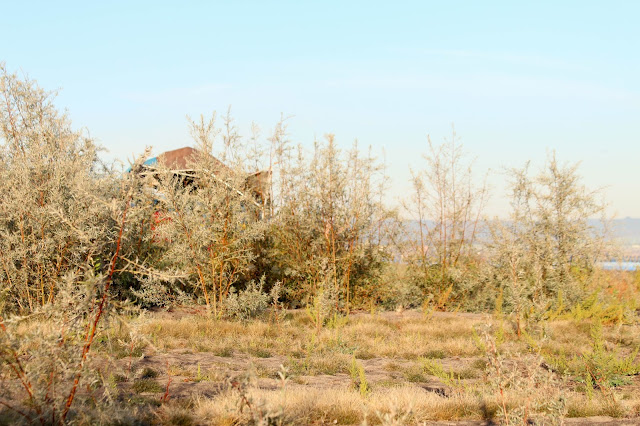 I could see a bird hopping around at the base of the taller shrubs and when I finally got a good look realized the bird was a Savannah Sparrow.  Argh.  But then another bird started moving around and it was indeed a Lapland Longspur!  It hopped up onto a weak branch for a fantastic view. 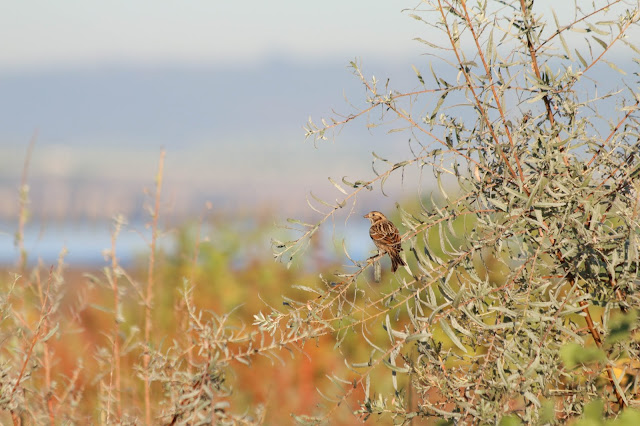 A second bird was hopping around nearby, and honestly I'm not sure if this next one is the same one or not: 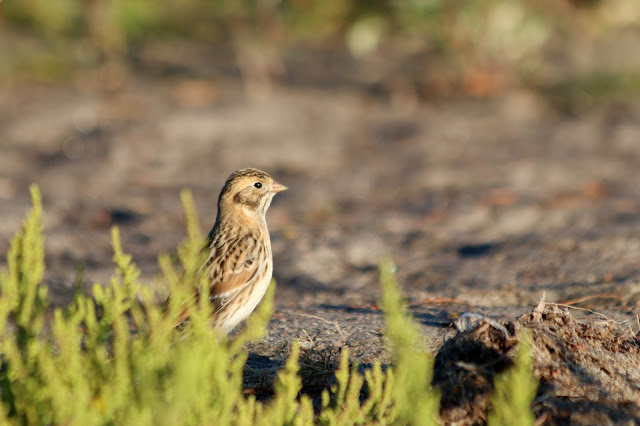 Yay!  This was not a bird I had ever seen well so this was pretty awesome.  Eventually the Killdeer convinced the Horned Larks to flush and the longspurs went with them, calling their distinctive rattle.  It was great to both see and hear them.

I had time to spare after this encounter so I walked out to the water and saw my first Mew Gulls of the season.  The Killdeer started calling again and I was about ready to strangle them, but then I looked up and a Peregrine was flying over.  Fine, Killdeer, fine.

Then the most random bird flew over, honking away... 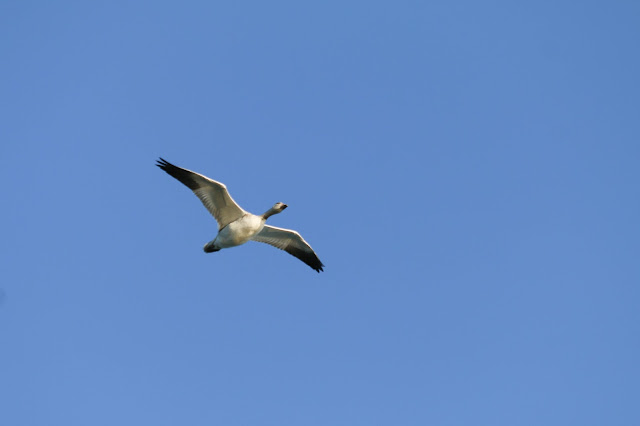 My first Snow Goose of the year, a new bird for me at Broughton Beach.  Out on the water the Western Grebes adopted another random bird... 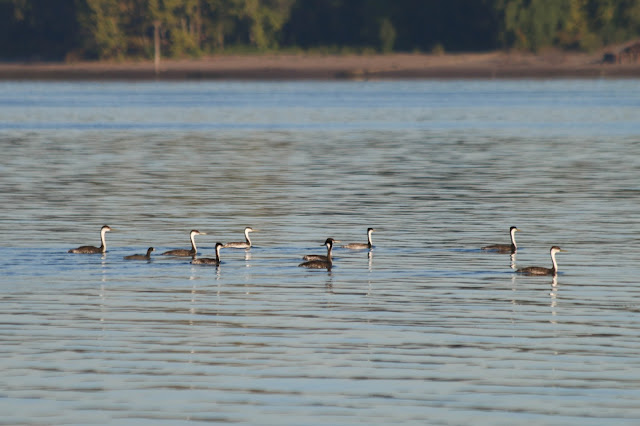 I had to get going soon after this to meet up with Michele and Laura and their gentleman callers for some birding at Fernhill Wetlands.  The overwhelming highlight was the incredible number of Cackling Geese on the water with more arriving non-stop. 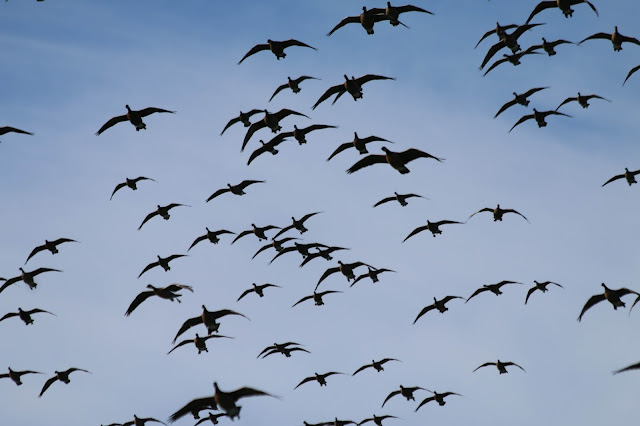 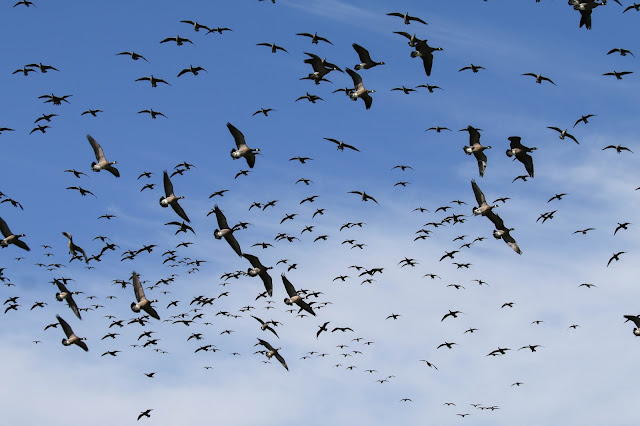 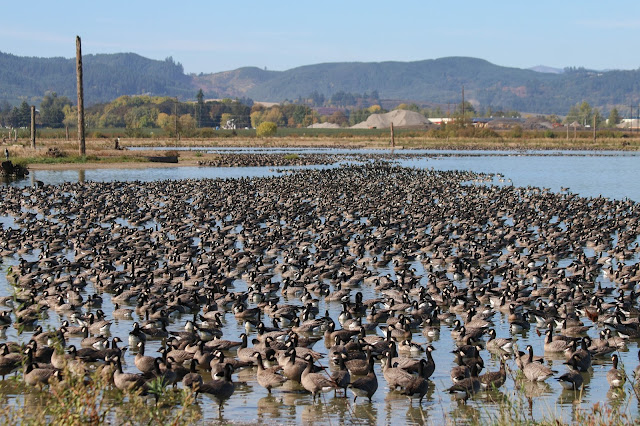 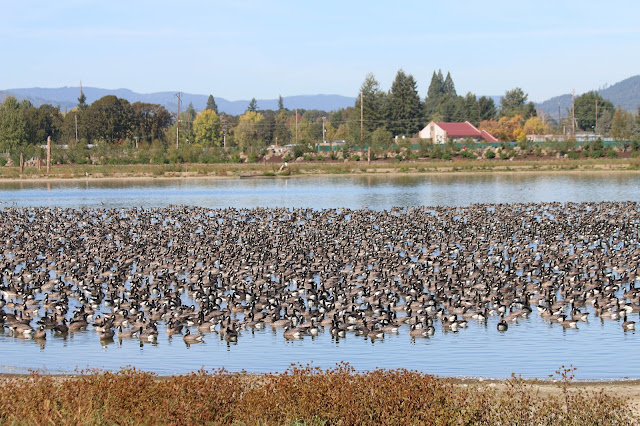 It was loud.  At one point Michele pointed out a small rodent running across the path, and amazingly she was able to refind it in the leaf litter. 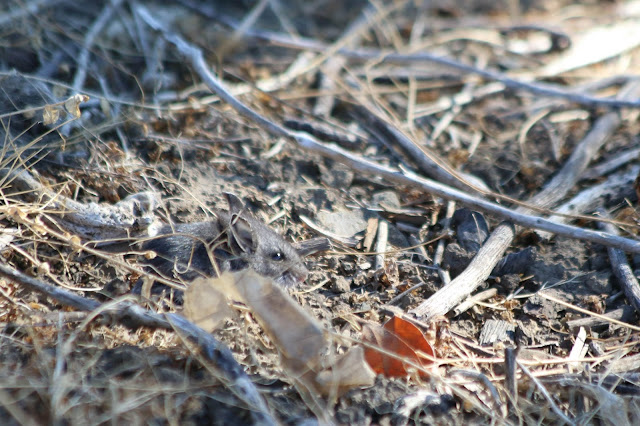 So cute!  Someone said it was a deermouse though I know little about rodent ID.

A couple of birds that led to much debate were a couple of grebes.  Eared and Horned had both been reported recently and they are not always easy to tell apart in winter/fall plumages.  Eventually we decided this bird was the Eared: 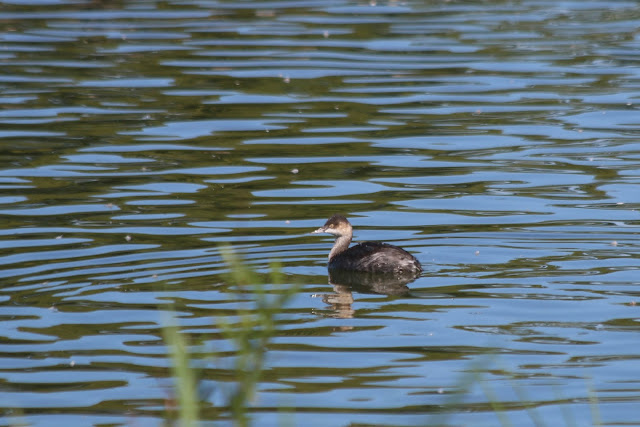 Last ones from Fernhill: 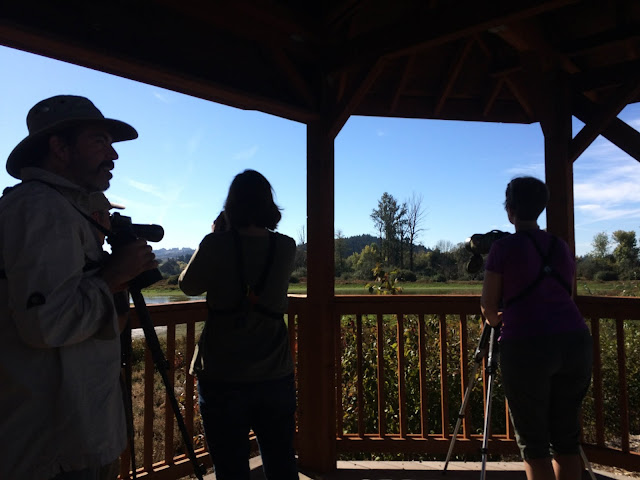 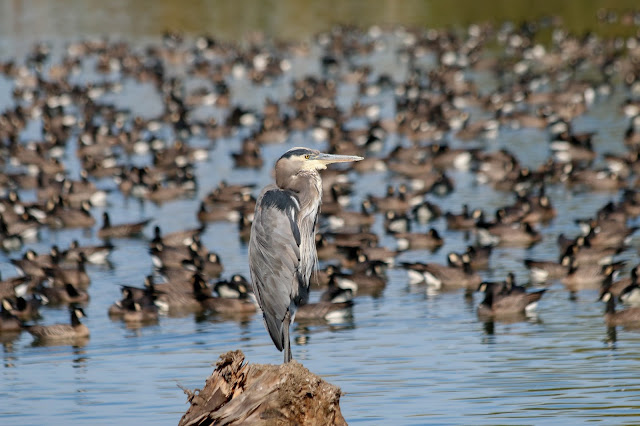 We stopped for lunch in Forest Grove before making one last stop at Dawson Creek for the reported Brant.  After locating the correct corner of the park the bird was easy to pick out among the Cacklers. 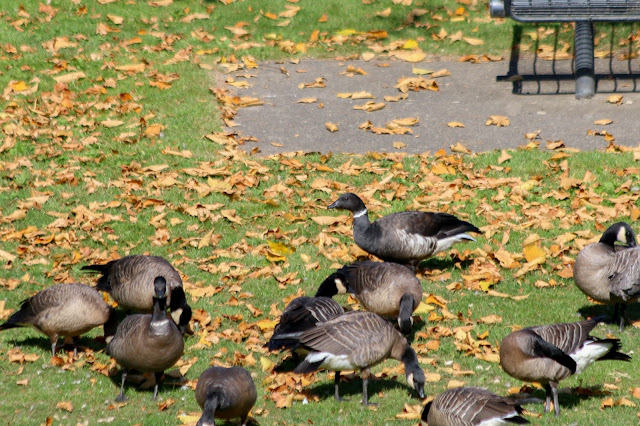 The highlight for me at Dawson Creek was what I think is a mink swimming.  I can't find any photos of one with white around the eyes like this one, but not sure what the heck else it would be... 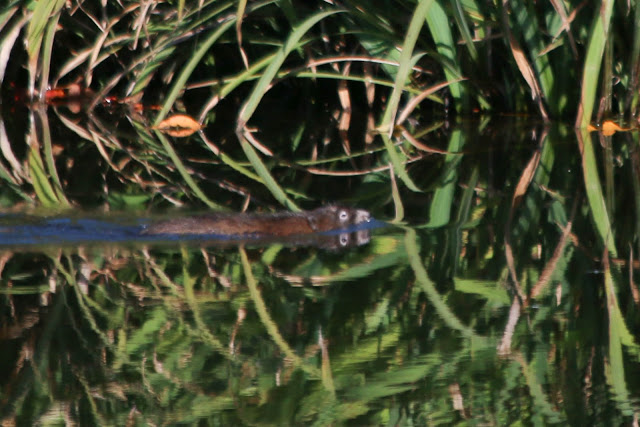