For my recent "weekend" I decided to ditch the rain predicted for Portland and head to the drier and sunnier side of the state to work on my lists in Morrow and Umatilla Counties.  I arrived at Umatilla NWR bright and early on Wednesday morning and began the auto tour. 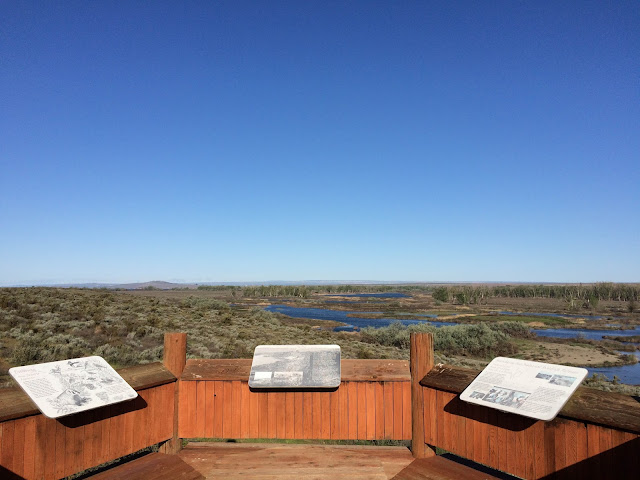 It's a beautiful spot packed with birds like avocets, stilts, ducks, and quail.  I was feeling good about my decision to come out this way when I came to a gate.  A gate across the road.  Auto tour denied.  A couple dudes in a truck ahead of me looked confused as well.  I consulted a map and found another road leading in to the auto tour, so time for plan B.

Back on the main road dozens of White-crowned Sparrows were milling around, taking flight at the last second.  I felt awful when one flew right in front of my car, meeting its demise. 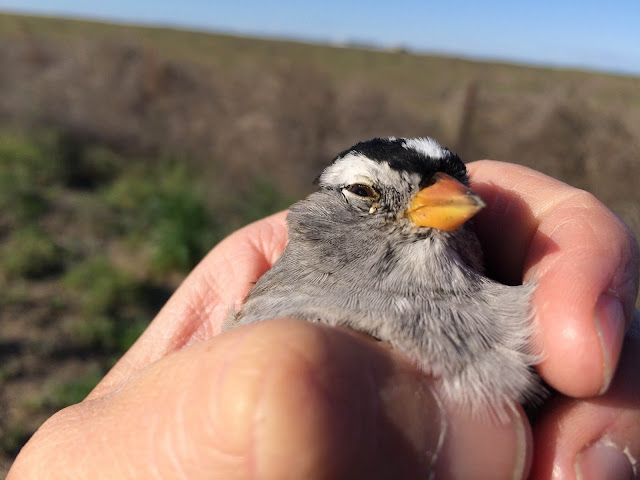 Ughhh.  I finally made it to my alternate route into the refuge and followed the road to the back entrance.  A field of Snow Geese made for a fine distraction, even more so when they took flight suddenly. 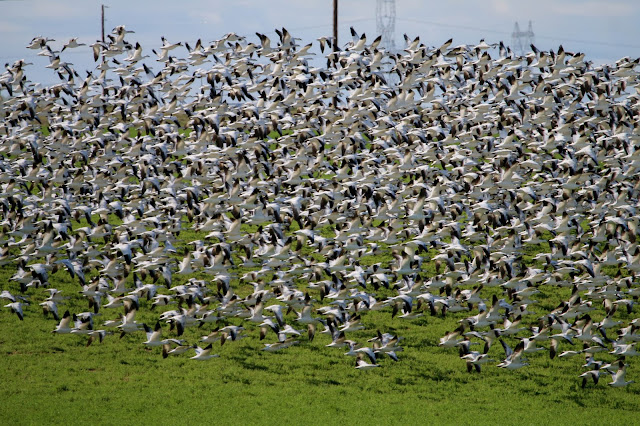 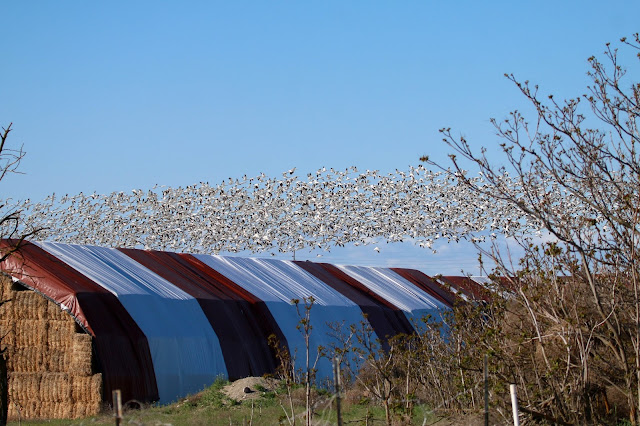 I followed this road to the end where it became the Heritage Trail.  Essentially it is the regular road, but gated, and you can walk into the refuge.  The pickup truck dudes were there and I asked them about the auto tour.  They had no answers, but were equally frustrated as they were trying to check survey markers. 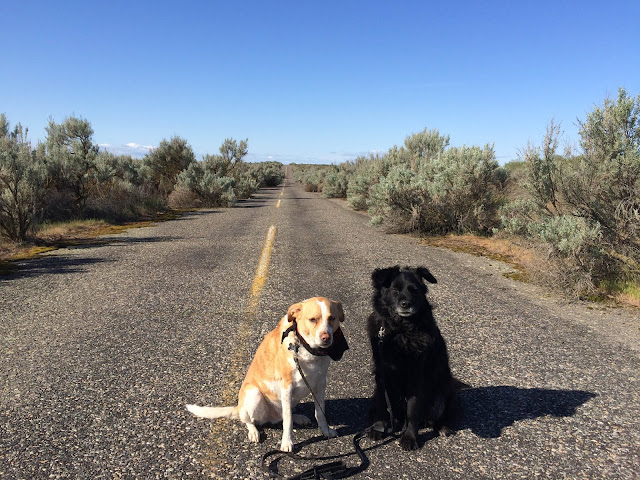 This would have been a great path to take but every twenty feet or so Jake would stop because something pointy was stuck in one of his pads.  We gave up and walked back to the car where I saw the Snow Geese were flying around again.  I drove up to the area to take a few photos and was rewarded heavily.  With poop. 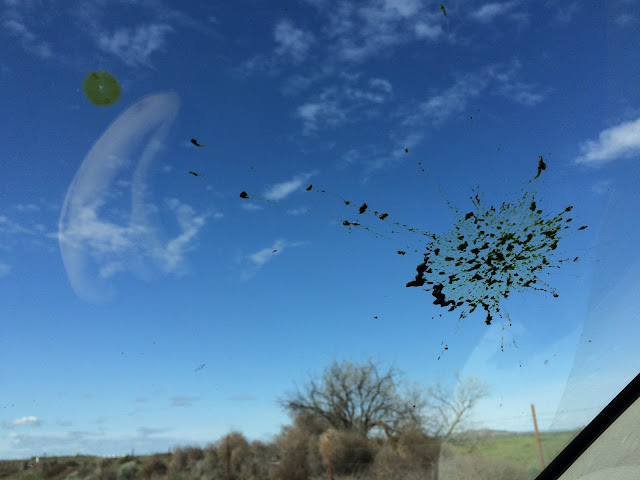 It was nothing short of a shitstorm, the whole car splattered in poop polka dots.  There was poop on the palm of my hand from taking a photo, emitting a surprisingly strong scent that took a day to wash off.

From there I drove in to Hermiston to grab lunch, ate it at Cold Springs NWR, then left when things felt a bit off.  I didn't make it far from the refuge before finding a field of 34 Long-billed Curlews.  Most were focused on feeding but a few feisty males were doing their best to impress the ladies. 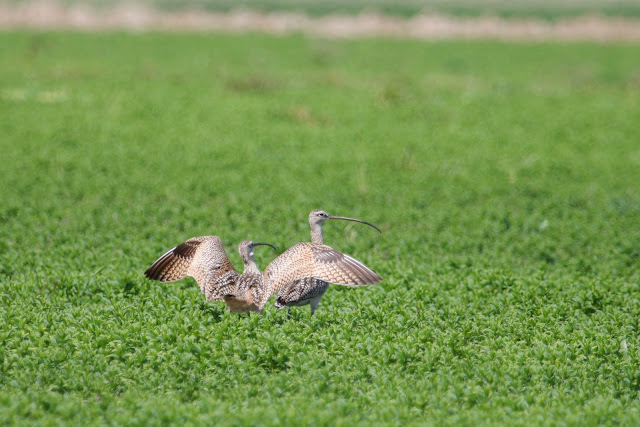 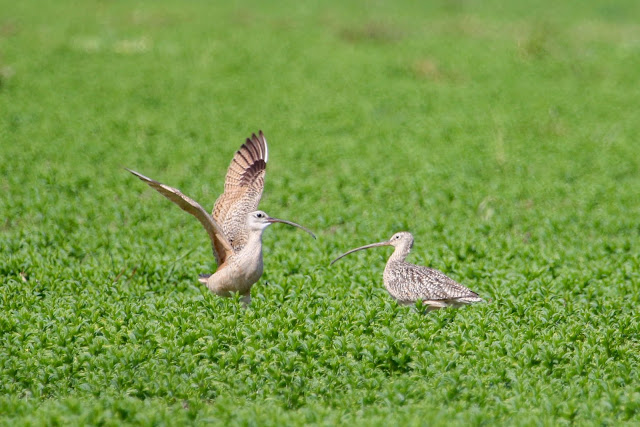 A bit further down the road a Swainson's Hawk was flying around, eventually coming to land...on the back of another Swainson's Hawk.  After the sex, the male went back to soaring in front of the sun. 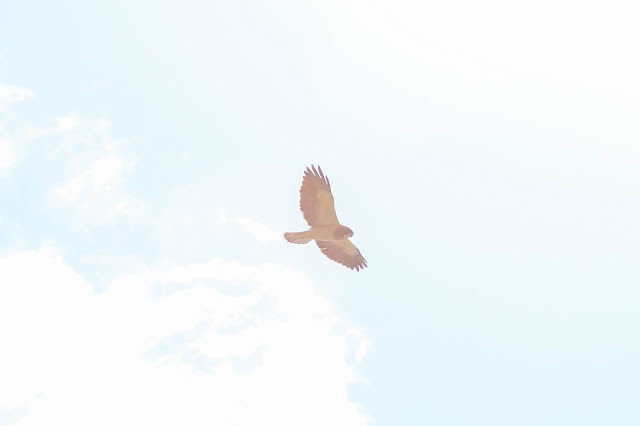 My afternoon was was spent birding ten dusty miles of Coombs Canyon Road, south of Pendleton, recommended by the ECAS website. 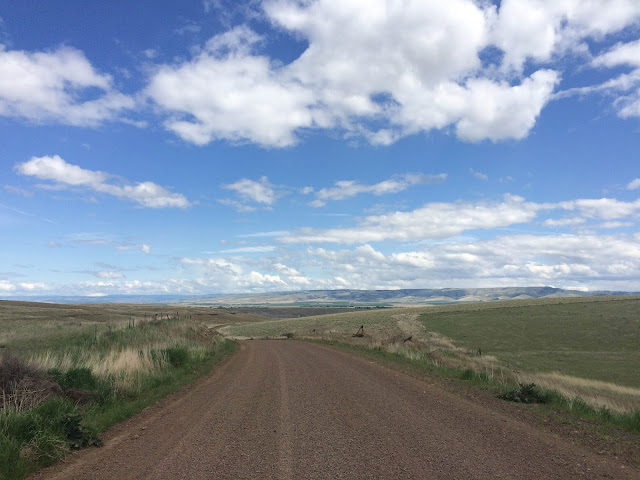 Although it was all private land, there were only a couple houses over those ten miles so there were plenty of spots to get out and walk around without feeling like a creeper.  I only tallied 19 species over two hours, but they were quality species. 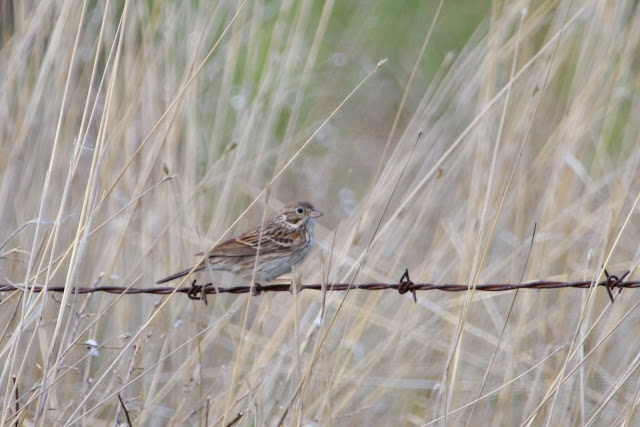 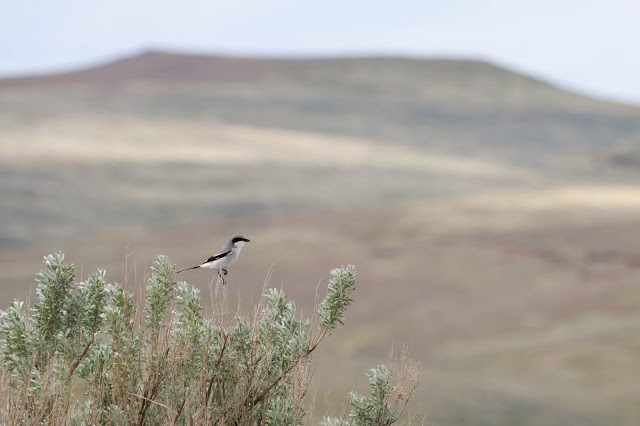 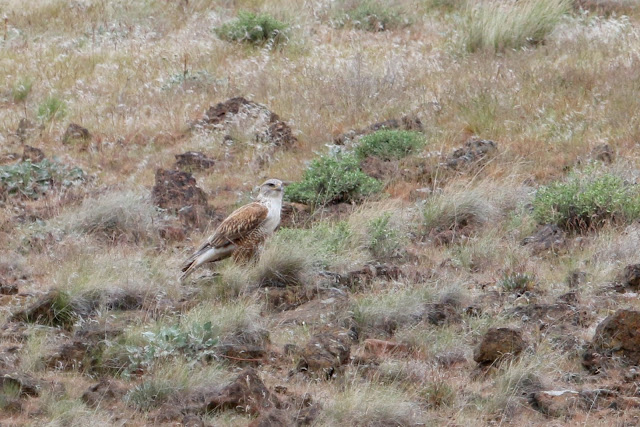 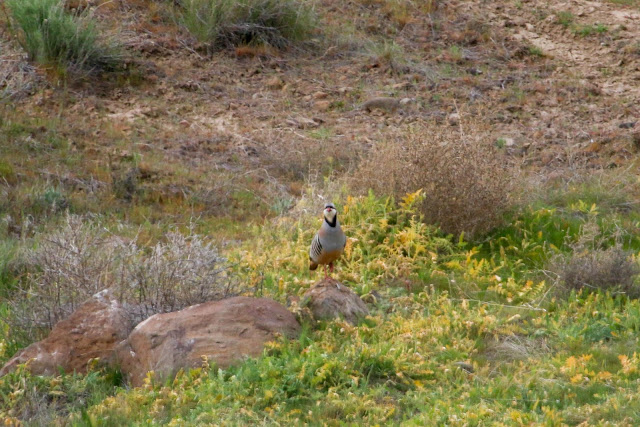 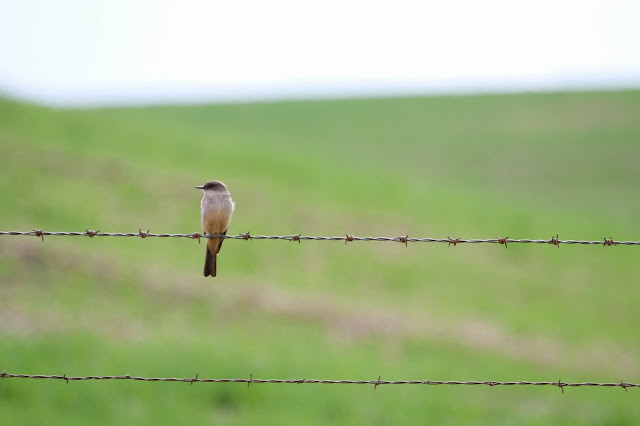 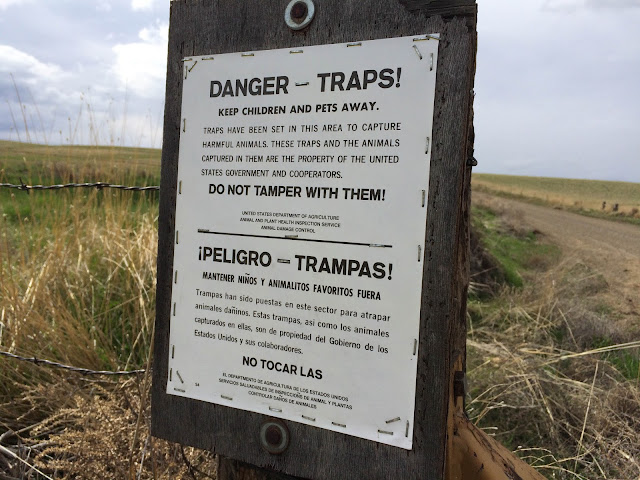 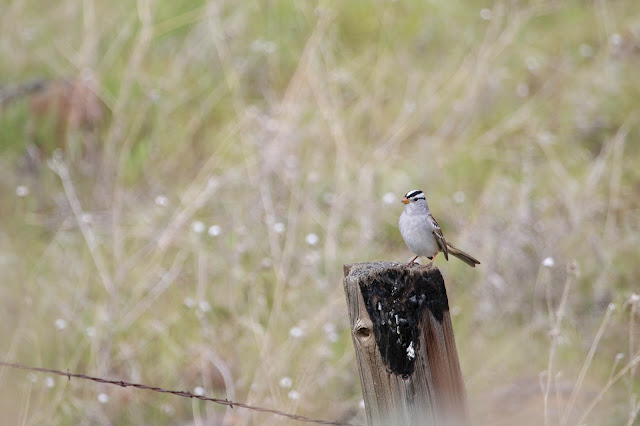 To make up for the dead one. 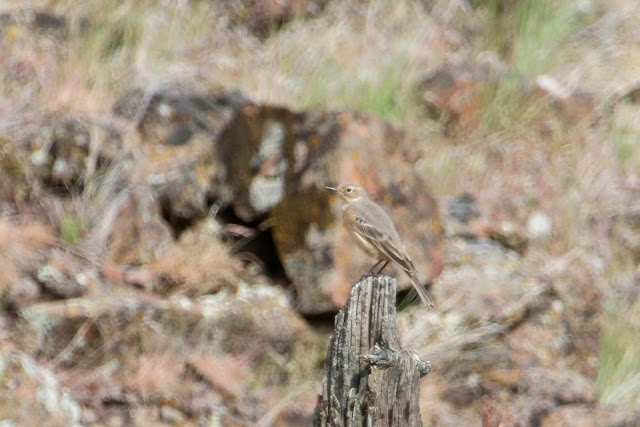 All in all, this road exceeded expectations and brought me up to 97 species in the county.  I read that this road could be good for owls so I decided I would come back at dusk and see what I could find, but I will save that for the next post.  Good times!!! 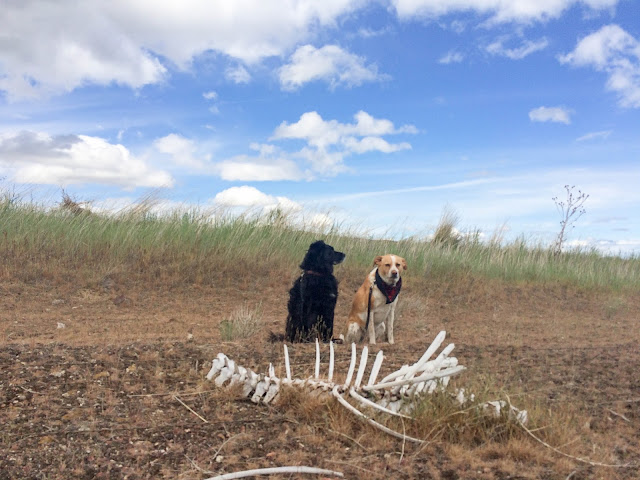