It sounds stupid, but I had somehow forgotten how much I love spring.  It's never boring between the birds, the bugs, the weeds, and the seeds.  Endless yard work with endless distractions.  I love it.  I was getting nervous this year as my favorite distraction, the Osprey that nest in view of my front yard, had not returned.  There were no Osprey flying over the house, no calls heard in the distance.  They usually show up the first week of April but this year their favored light pole had only been visited by the occasional starling.  Finally on Monday I caught one cruising over... 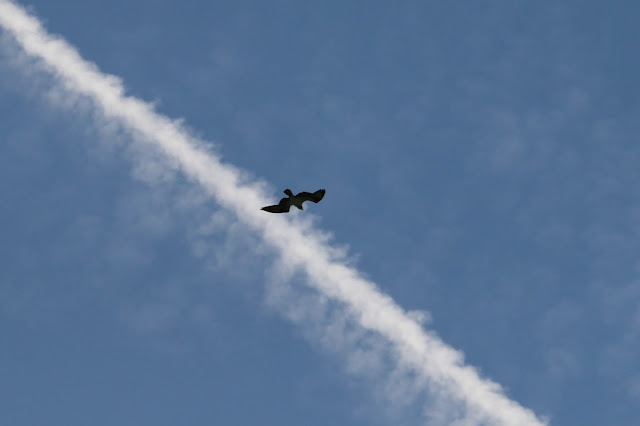 On Wednesday I went out front to check the development of an awesome red flower that had appeared and found it had been cut.  Grr.  Then I heard them.  I looked over at the high school field and saw three Osprey by the light pole, one sitting on the nonexistent nest.  I forgot about the flower. 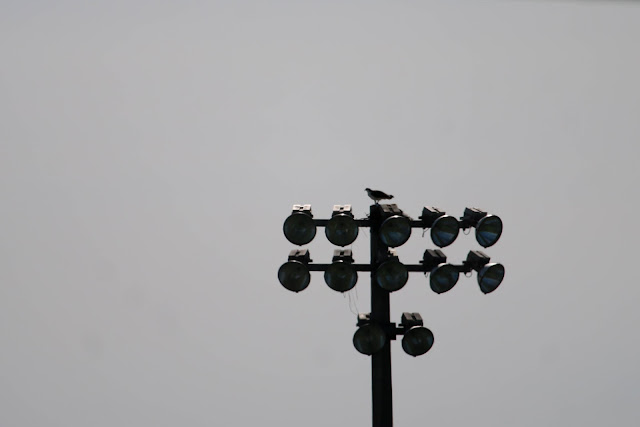 Yesssss.  Everything is right again.

I took the dogs up to Mount Tabor twice this week for some migrant-hunting.  Much success with Cassin's and Hutton's Vireos, Orange-crowned, Black-throated Gray, Townsend's, and Wilson's Warblers, and a Chipping Sparrow.  I don't bring my camera on my dog walks there so not really any photos to share, except this one... 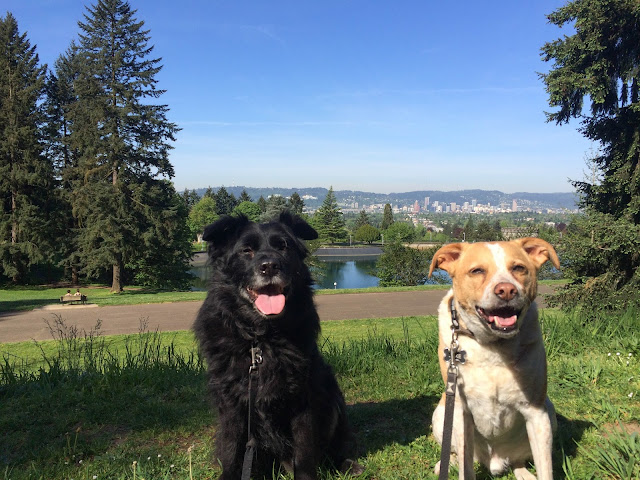 On Wednesday morning I went up to Ridgefield for the auto tour which turned out awesome with my first checklist since Mexico with over 50 species on it. 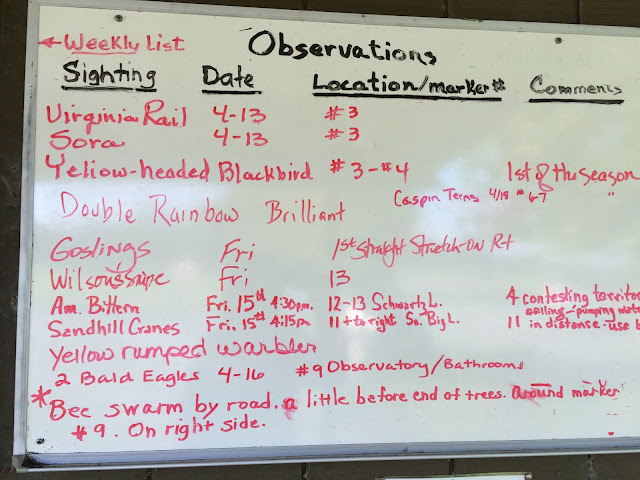 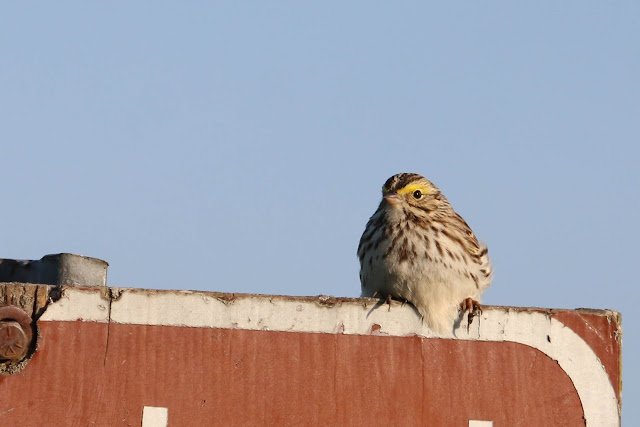 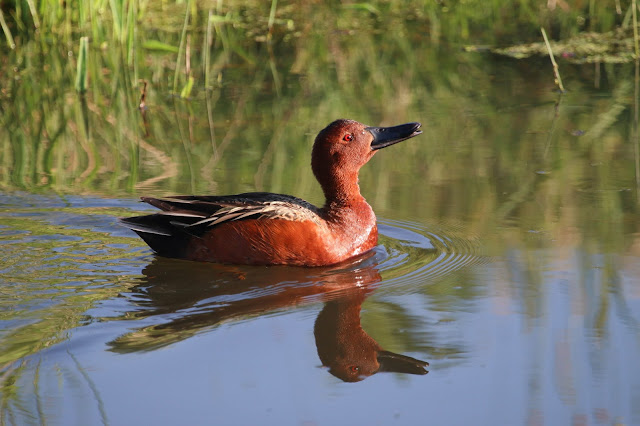 Cinnamon Teals are back in full force

I scanned the cattails for awhile trying to find a Yellow-headed Blackbird despite not hearing any. 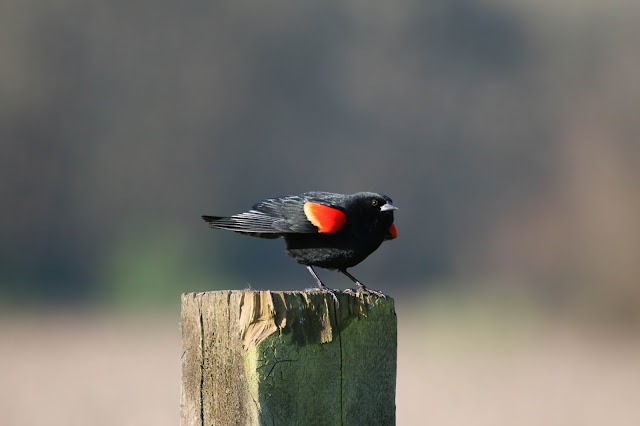 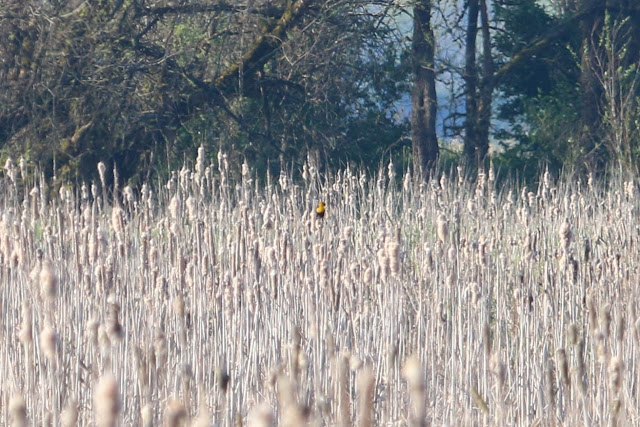 You.  Why are they so hard to find here now??

Swallows are back of course but all I saw on this trip were Tree Swallows. 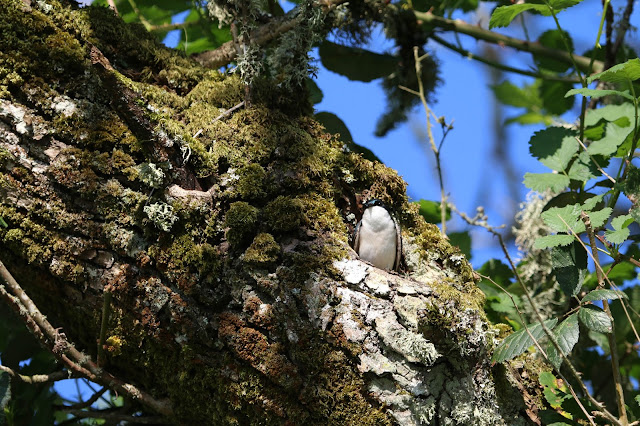 Two pairs of geese had goslings in the slough through the ash forest... 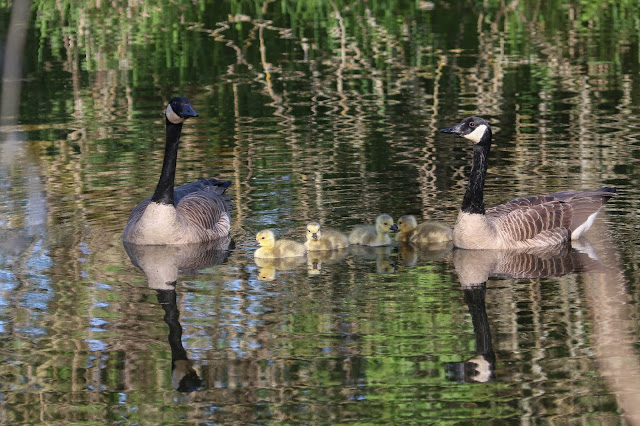 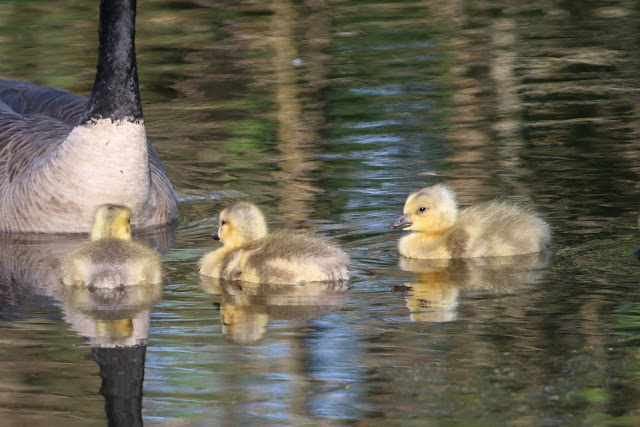 The marsh area just beyond the forest is currently packed with rails.  Several Soras were calling and Virginia Rails were creeping, at times out in the open. 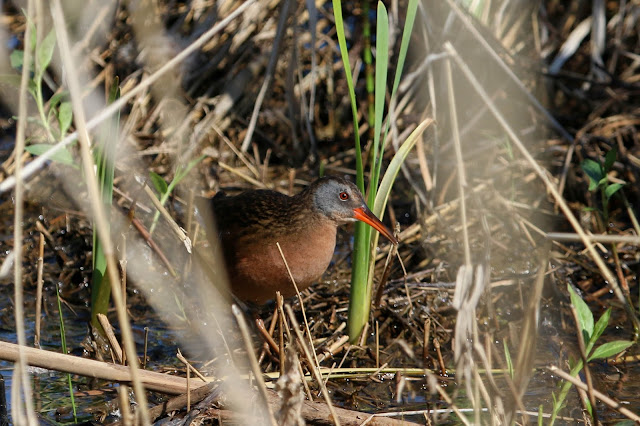 While parked and hoping a Sora would also show itself I was entertained by this: 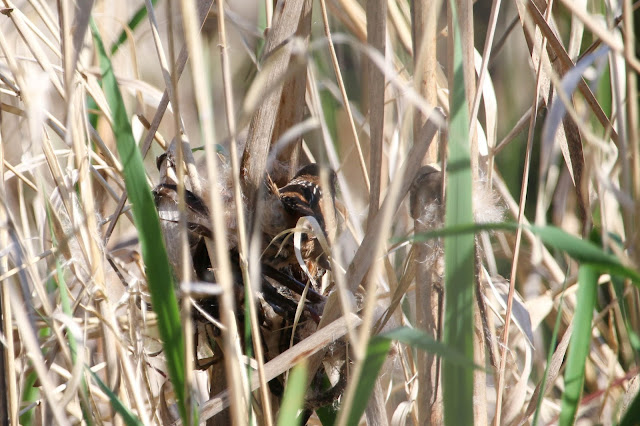 What the hell is it?  A Marsh Wren nest!  This little fellow was actively collecting nest material with short breaks to sing his heart out. 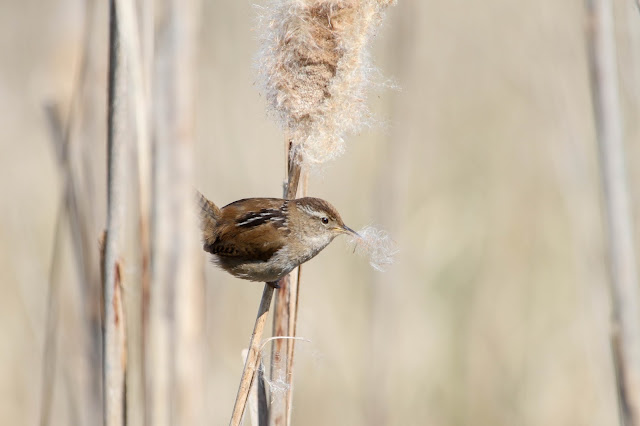 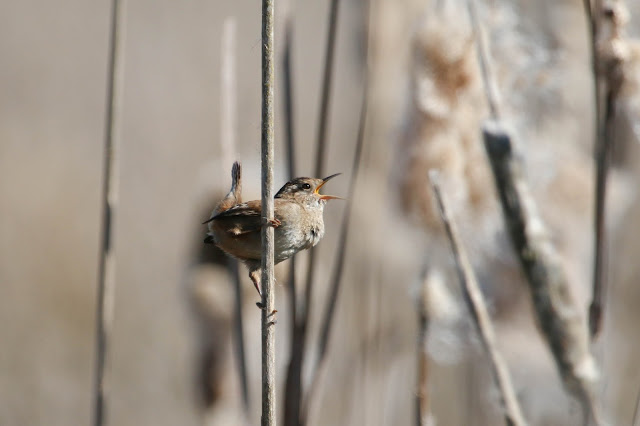 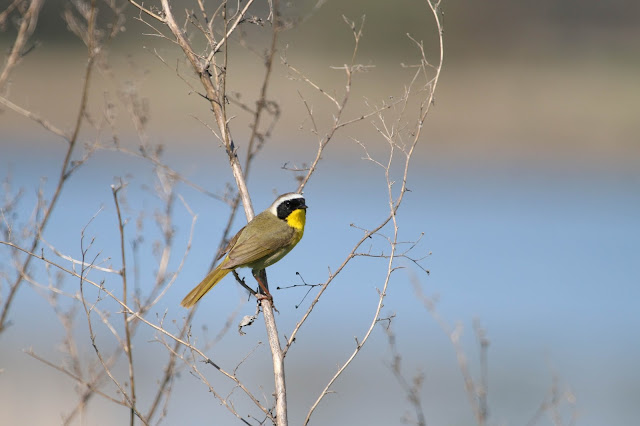 So common.  So stunning. 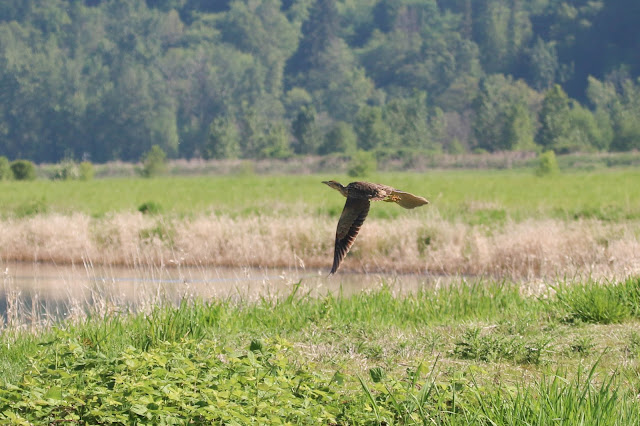 Yesterday after lunch I decided it was time to find a particular bird I had been missing in the county, Sora, and headed to the Gresham-Fairview Trail where the Hinkles had reported hearing them.  I found the spot, a marshy area that can be viewed easily from the bike path as it crosses busy Powell Blvd.  It was a very birdy area and I picked up my county year Cinnamon Teal, but no rails were heard.

I started to walk away when I noticed the blackbirds were causing a ruckus.  I thought, hmm, I wonder if that would be enough of a ruckus to spook a bittern out of the grass.  And then a bittern flew out of the grass.  My jaw dropped as I watched it fly across the marsh.  I came to my senses quickly and wrestled my camera out of my bag and shot off some bad photos. 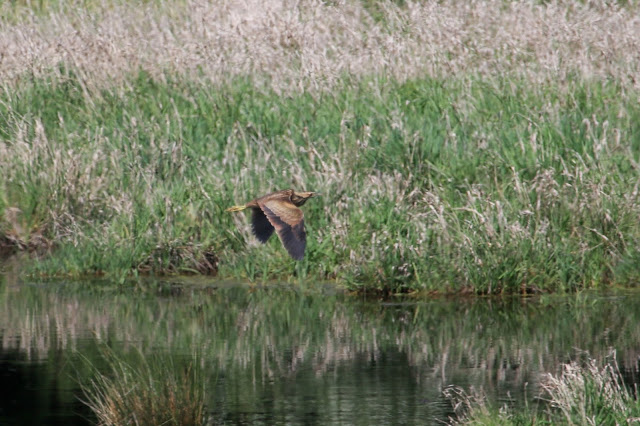 This bittern was not my first bittern of the year.  It was not seen as well as the one at Ridgefield.  Why was this bittern of so much interest?

It was the first bittern I have ever seen in Oregon.

Though they are easy to see at both Ridgefield and Steigerwald Lake NWR's, I have never had success with them on this side of the river.  I heard one once at Smith and Bybee years ago but never saw it.   This was practically a state bird.  Winning.

I walked back to my car, past the horse pasture littered with baby Killdeer. 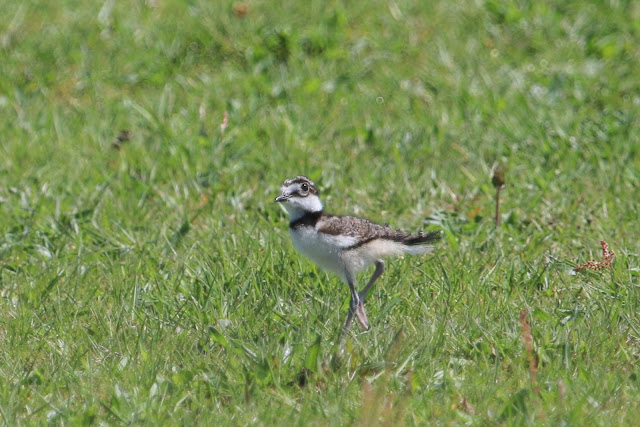 One last photo of one of the many yard work distractions from yesterday afternoon: 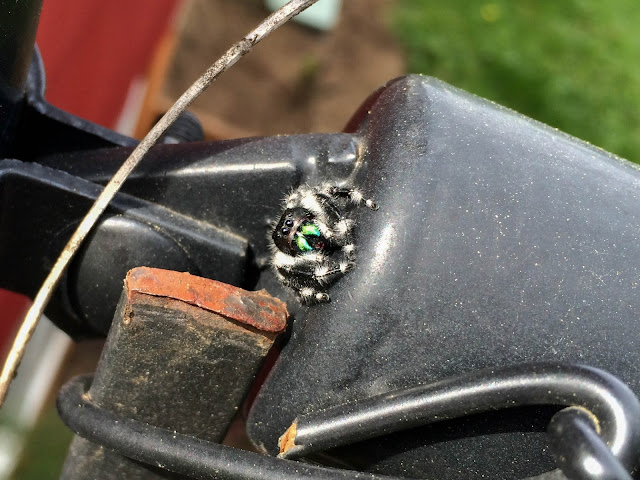