The rest of Umatilla County.

After securing a motel in Pendleton for the night and resting up for a bit, the mutts and I returned to Coombs Canyon Road to search for owls at dusk. 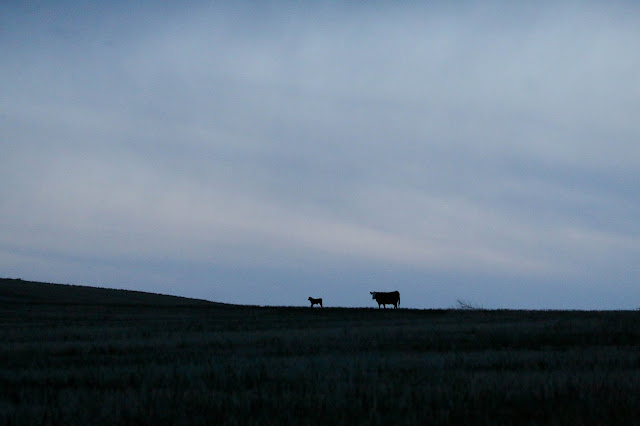 Light rain fell during the 10-mile drive down the road but amazingly stopped when I turned around.  On the return trip I finally had a little success with two Great Horned Owls, one perched on a tree and the other in front of the bright turquoise sky on a telephone pole. 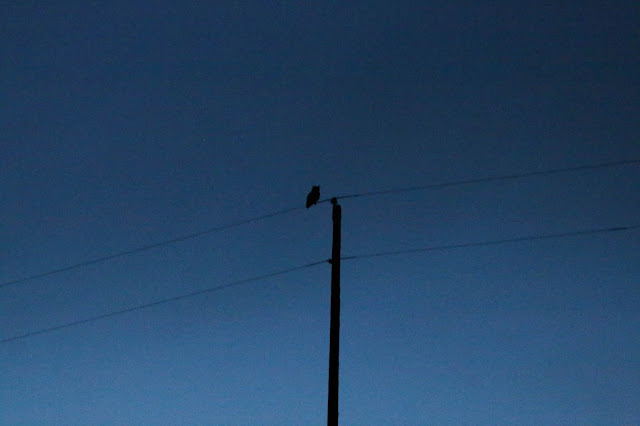 Unfortunately this was the only owl species I could find before I retreated to my motel.  In the morning I drove down to the Battle Mountain Forest State Scenic Corridor where some forest birds were waiting for me.   At the state park I walked the dogs around in the fresh dusting of snow finding Steller's Jay, Mountain Chickadee, Dark-eyed Junco and... 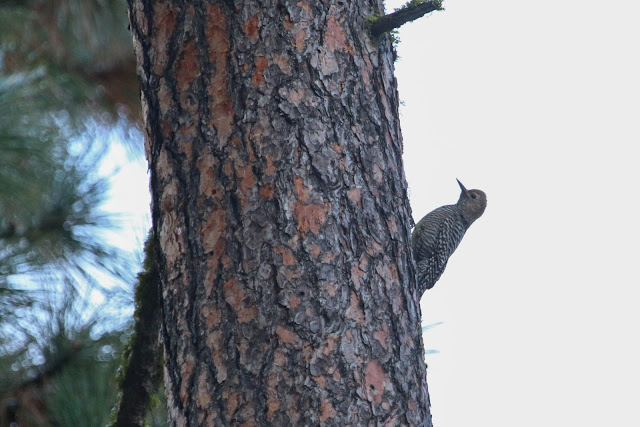 I drove the area for awhile hoping for a chicken or two, but no luck.  It was freezing with a steady breeze so I decided to head back north to explore another canyon and sage area, Gurdane Road, recommended by the ECAS Birding Oregon website.  The description of the area threw around words like Gray and Partridge (as do the descriptions for many of the spots in the area) and that was enough to hook me. 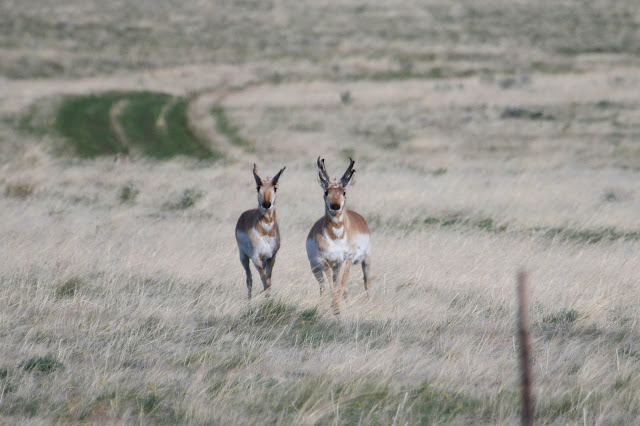 Gurdane turned out to be a great road with very few people and only a couple residences many miles apart.  I picked up Golden Eagle near this creek: 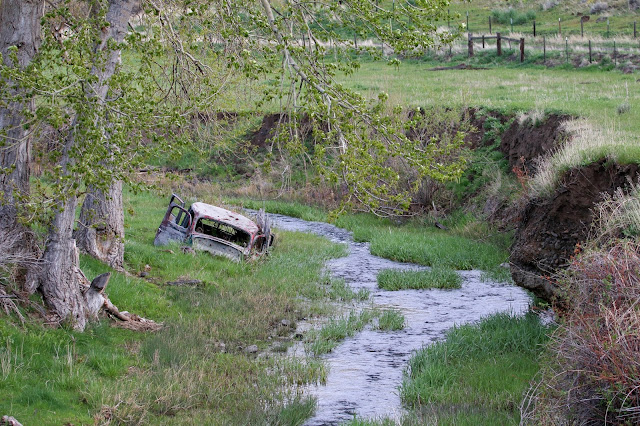 Vesper Sparrows were plentiful along the road. 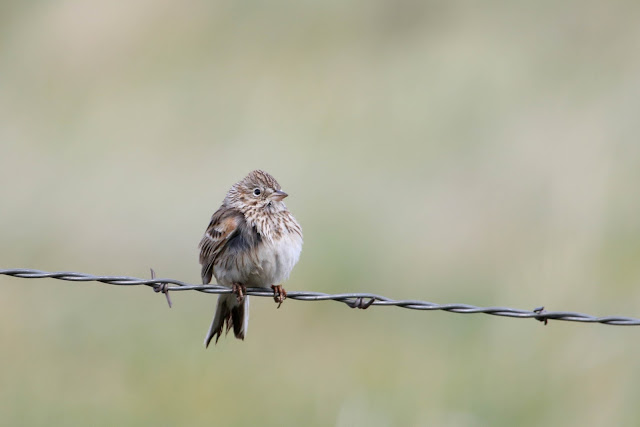 A deer skeleton needed to be thoroughly inspected. 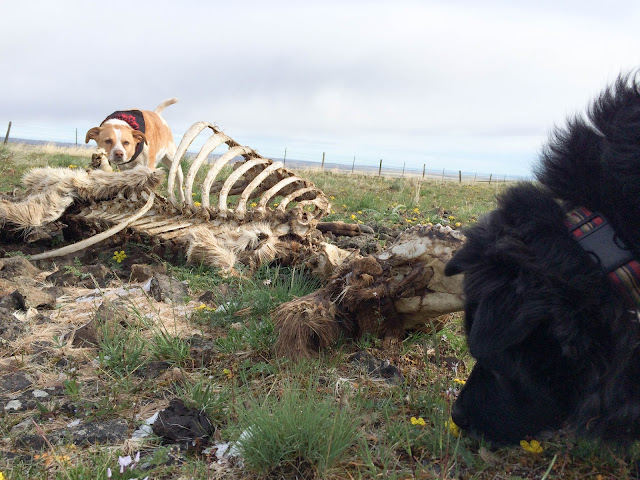 This area was the highest elevation on the road (around 4000 feet, I think) and Mountain Bluebirds began appearing alongside grass widows, lupine, and phlox.  The road wound down to someone's large property complete with old abandoned buildings, an old not abandoned barn, and other fun stuff. 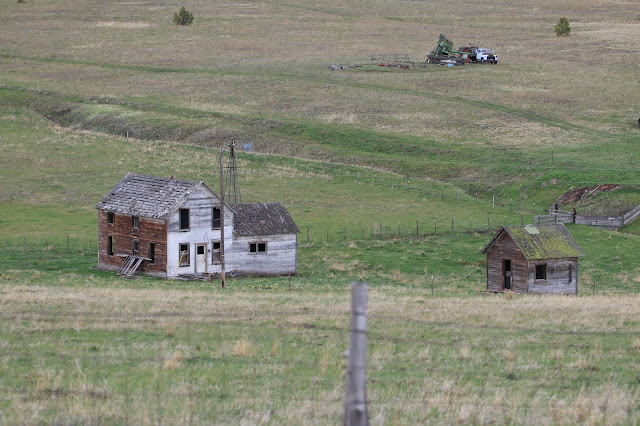 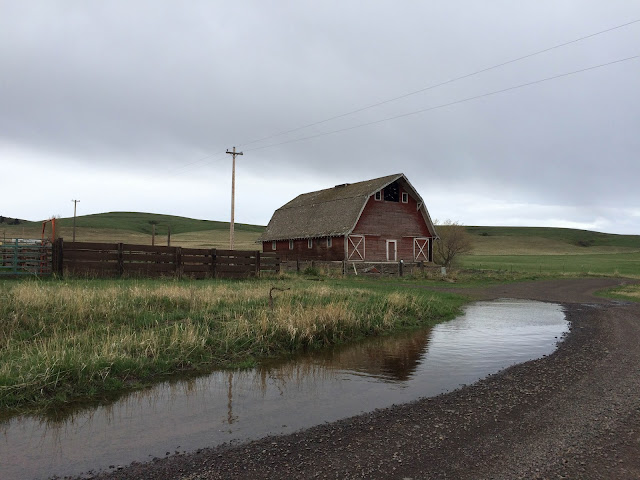 After passing through this area the road begins to gain elevation again, and a large hill slopes upward on the right.  This is a magical hawk hill.  The wind was just right for hawks and kestrels to hover, all facing me in fun formations.  I counted three Rough-leggeds, two Red-taileds, a Swainson's, and two kestrels in this spot. 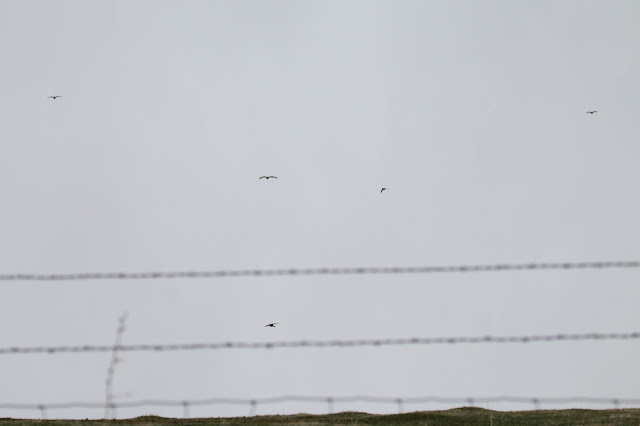 I think this is the three Roughies and two kestrels

Past this area I found a couple of Western Bluebirds working the fence line. 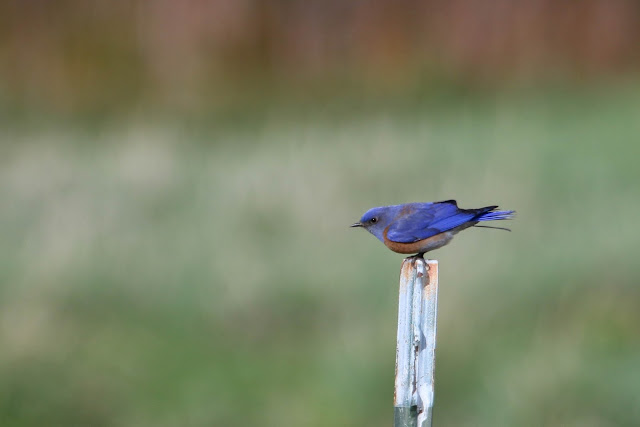 Another abandoned structure along the road, cow hides dangling inside. 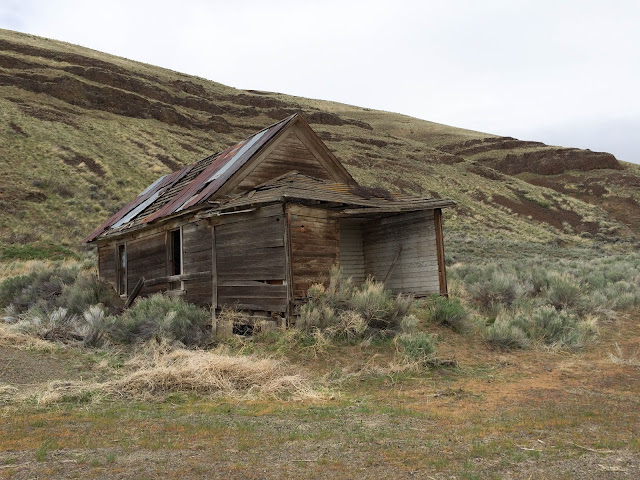 In one spot the canyon wall had crumbled in a way that created an awesome natural bridge, albeit a small one. 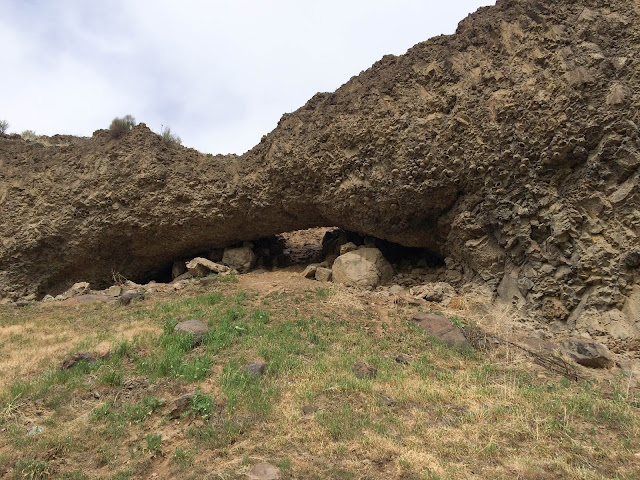 After exploring this area I decided to head back to Portland.  I had picked up 21 new Umatilla County birds his weekend, avoided the crazy rain back home, and got to see some awesome new places.  Umatilla might be one of my favorite counties bird-wise with the mix of Columbia River access, Cold Springs NWR, miles and miles of sage and grasslands, plus higher elevation forests.  Good times!!