on May 24, 2016
It would be really nice if I had a photo of a bird with a bug in its mouth perched near a flower to kick off this post.  But I don't.  I have a kestrel with a mouse in its talons on a snag which will have to do. 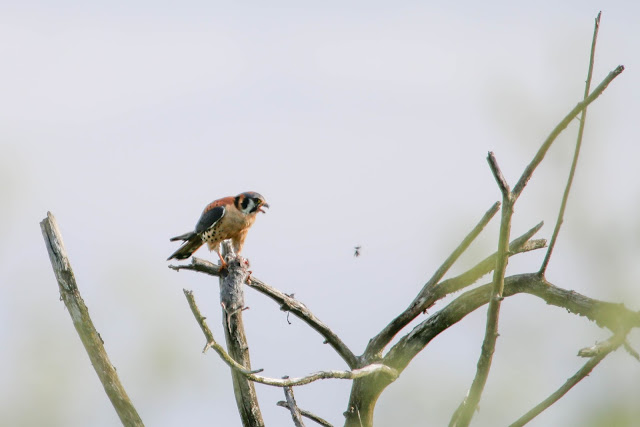 This kestrel was hunting the summit of Powell Butte yesterday morning when I finally made it up to look for the reported Gray Flycatcher, which I never found.  Per usual, plenty of other good stuff was around to entertain. 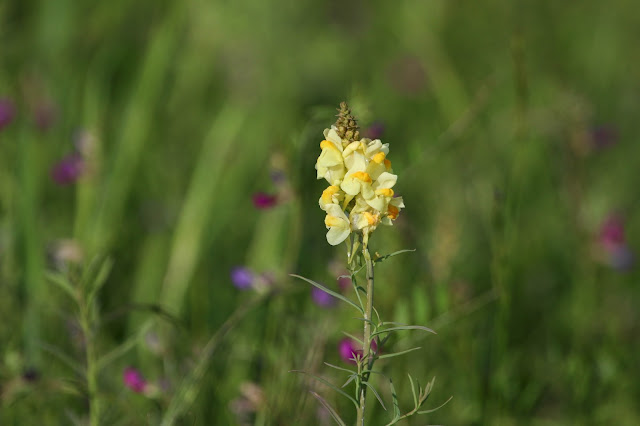 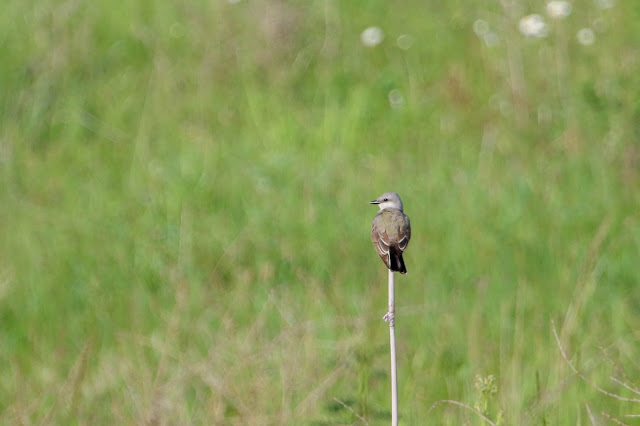 One of 4-5 Western Kingbirds, the most I've seen together in the county I think 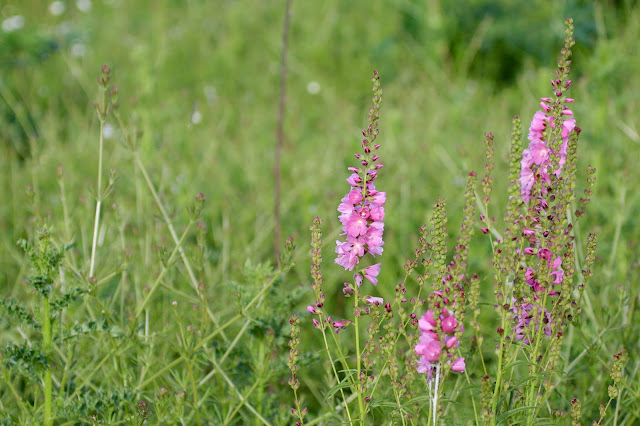 As I made my way down the trail I concentrated on the general area the Gray Flycatcher had been seen, and a Pacific-slope was calling instead.  Amazingly it hopped around near eye-level and I managed a few photos, which rarely happens. 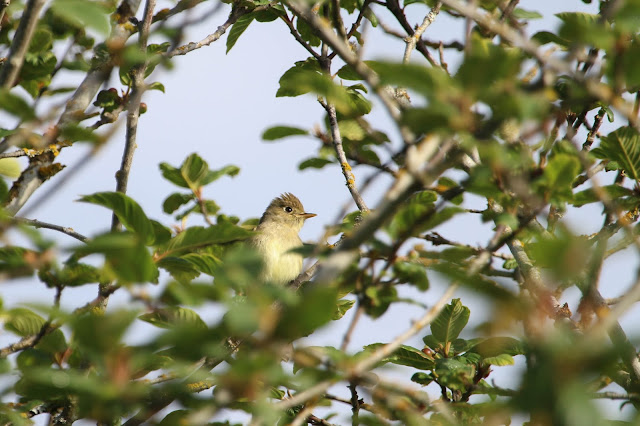 While following this bird a girl power-walking by me talking on her cell phone stopped, told her caller to wait a second, then asked me if I was taking pictures (duh).  She wanted me to know there were two deer on the next hillside that looked very pretty.  I thanked her and went back to flycatcher chasing.  Once I made it down the trail I realized that the deer actually did look quite pretty and I felt bad for not caring at all when she had told me so. 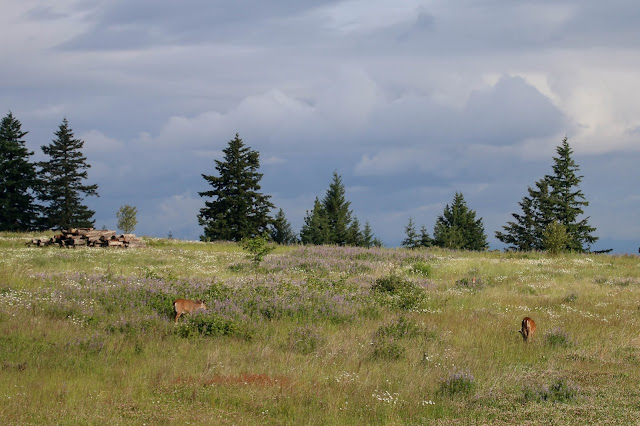 Powell Butte is one of the best spots in town for Lazuli Buntings and they never really get old. 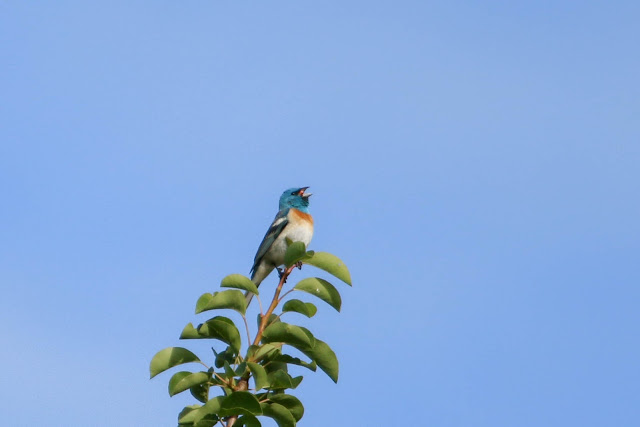 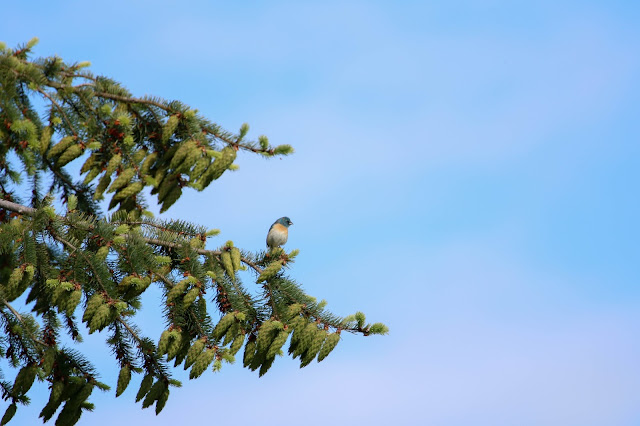 No Gray Flycatcher but a nice dog-walk nonetheless.  Last week I went out to Catherine Creek to see what was in bloom.  I missed camas and bitterroot  completely, but had a ton of other cool flowers as well as insects. 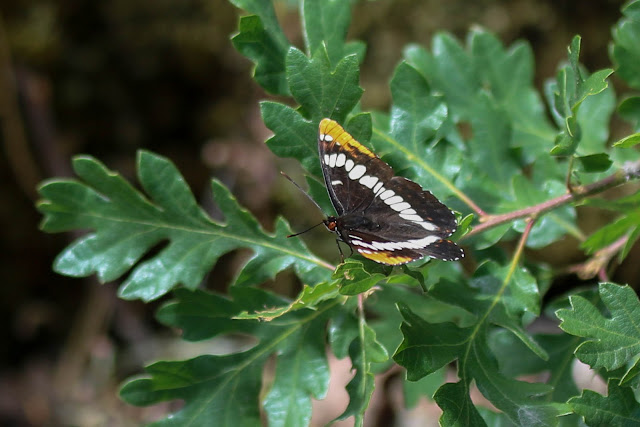 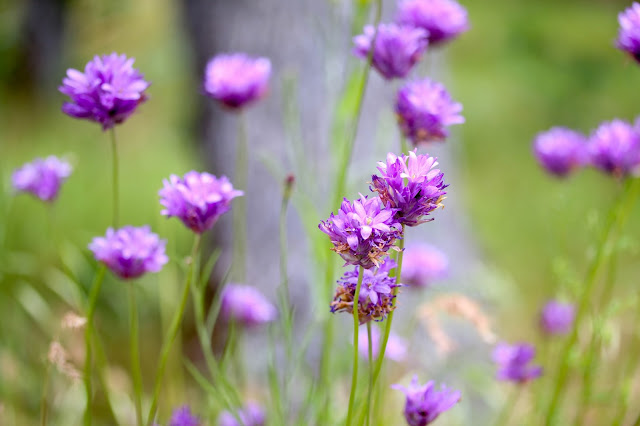 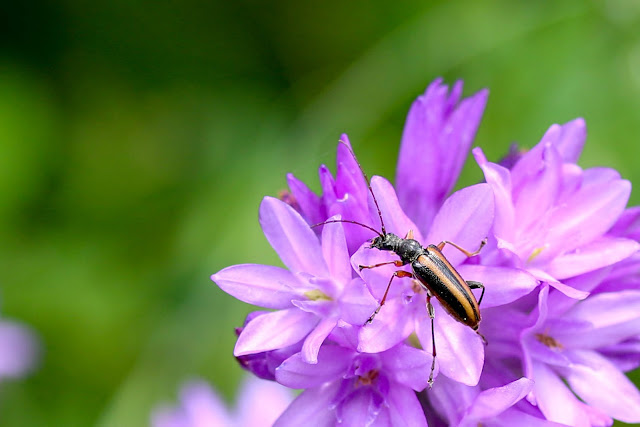 Ookow with a blister beetle 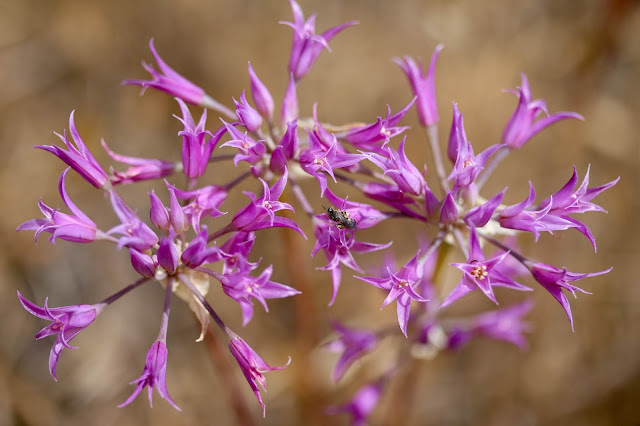 Hooker's onion with a pollinator 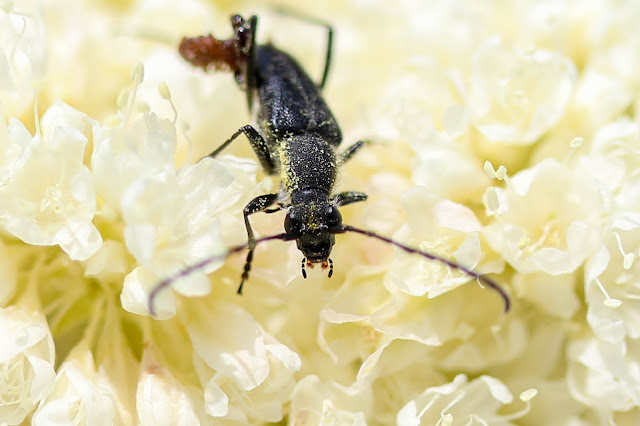 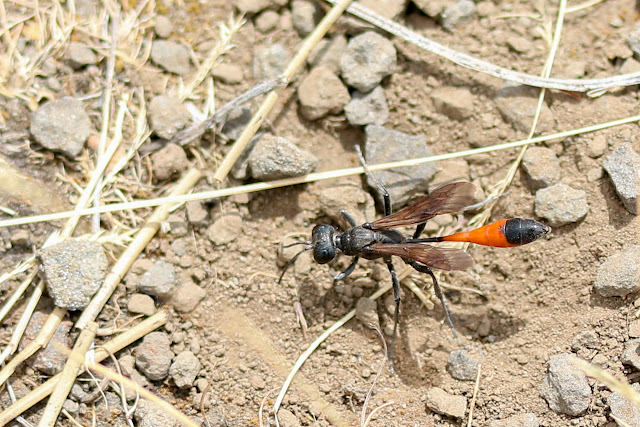 This wasp was sticking very close to one particular spot on the trail so I decided to take a little video of what it was doing, which was mostly gathering small sticks and moving them around.

Did I mention it was super freakin windy?  This made photos even more challenging but I was glad to have lugged my heavy tripod around with me. 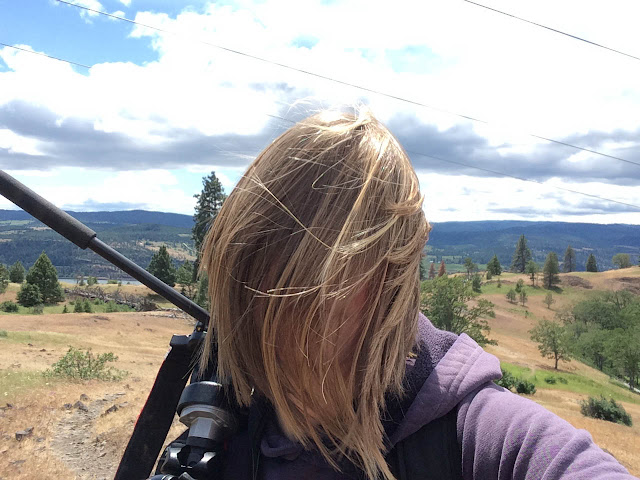 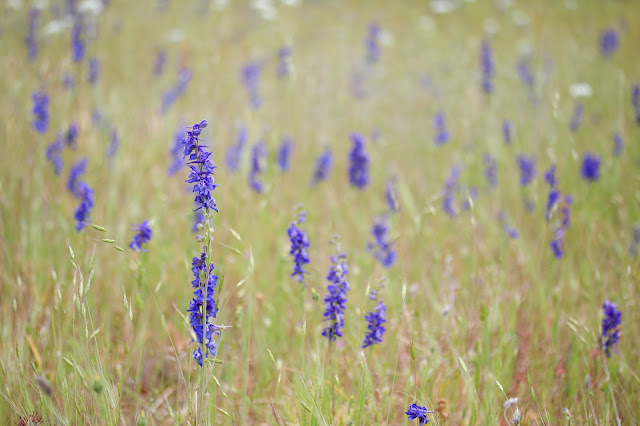 This robber fly clung to this rock for a long time while I tried to get close-ups.  Thankfully no one was around to point and laugh at me lying on my belly on the trail. 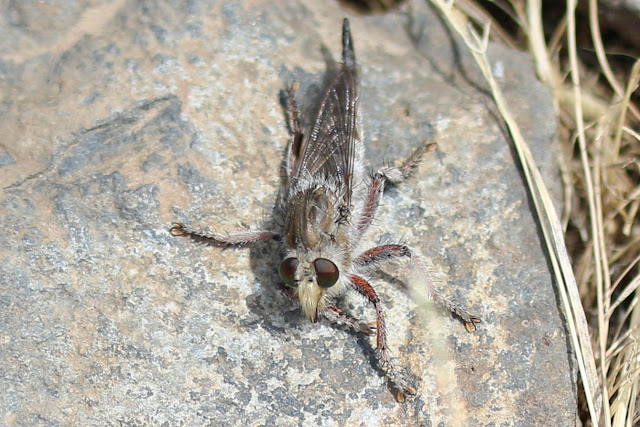 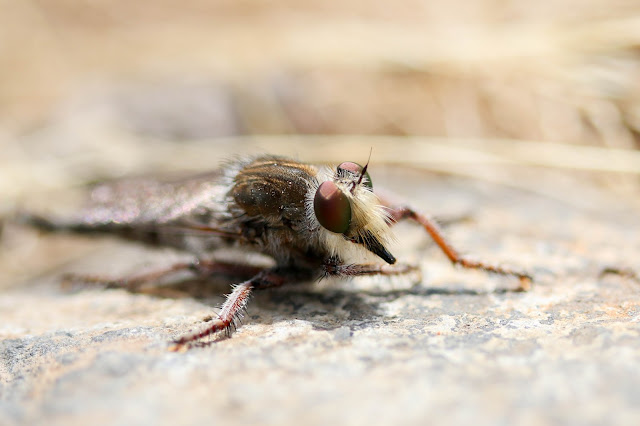 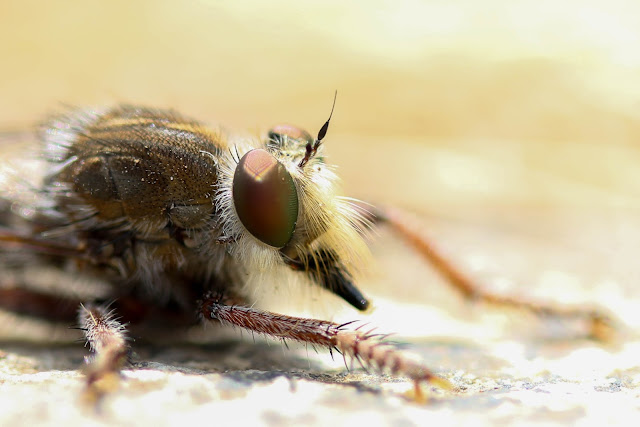 That's it from Catherine Creek.  One last macro from the yard, a fly blowing bubbles: 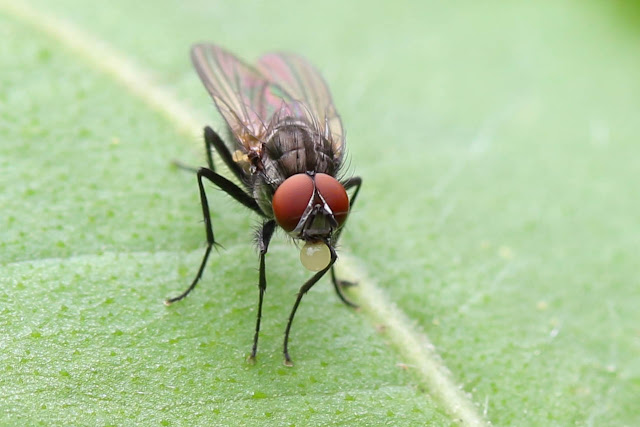