Oregon's Finest: The Beach and the Gorge.

on May 19, 2016
On Tuesday morning the dogs and I headed out to Cannon Beach to look at some birds.  The exit off 101 had a couple of large distractions. 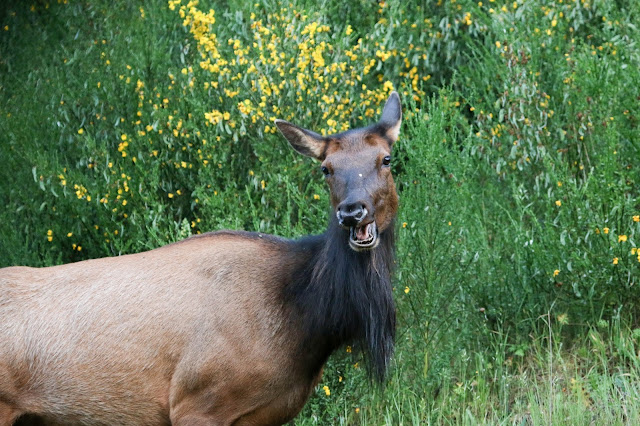 A couple of elk were grazing not far from the road so I had to stop and watch for a bit.  They watched back. 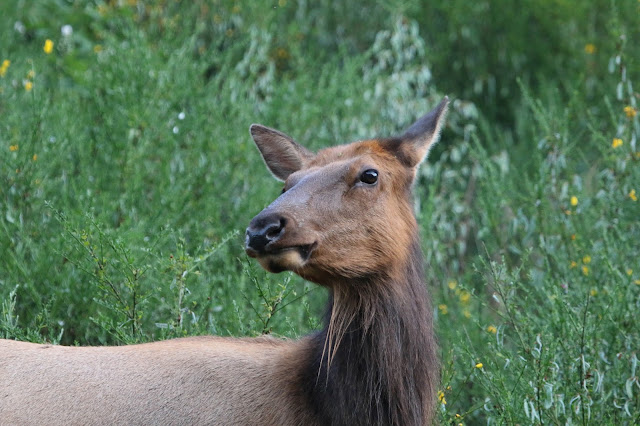 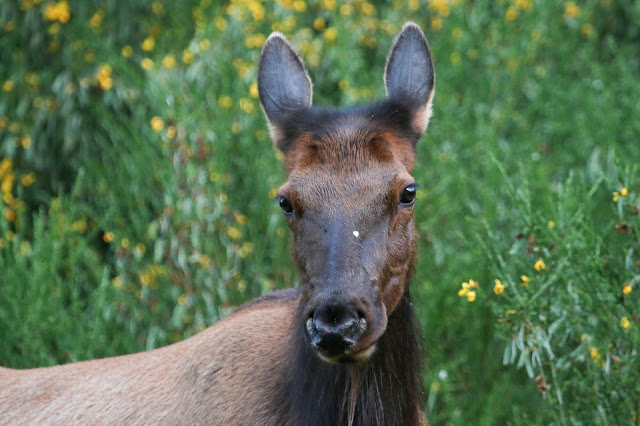 Listening to the mutts whining

Once at the beach we walked out to Haystack Rock. 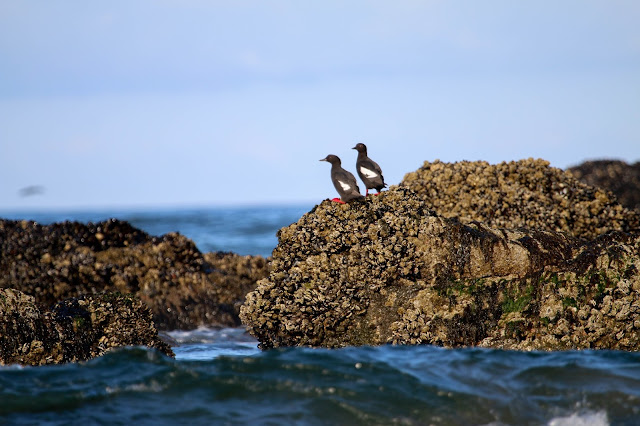 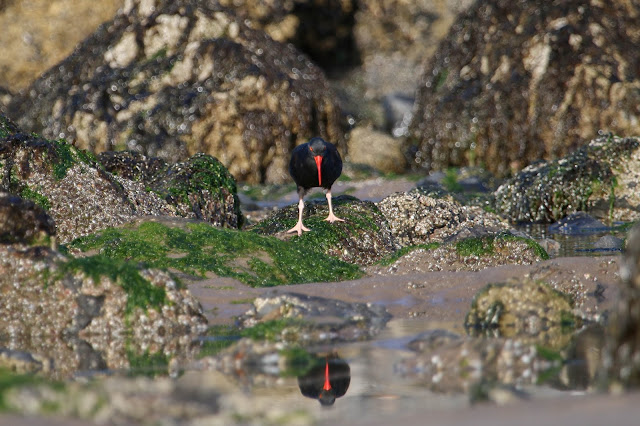 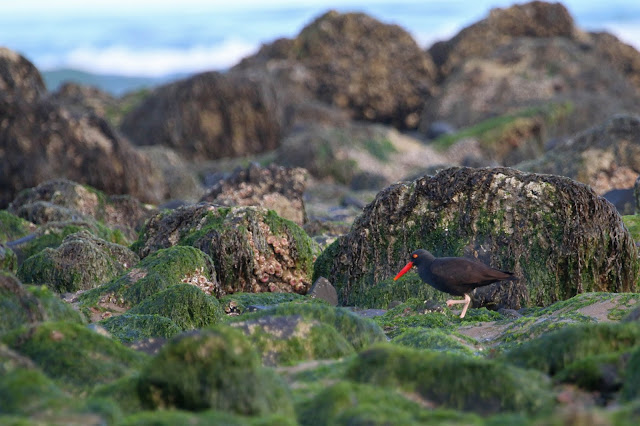 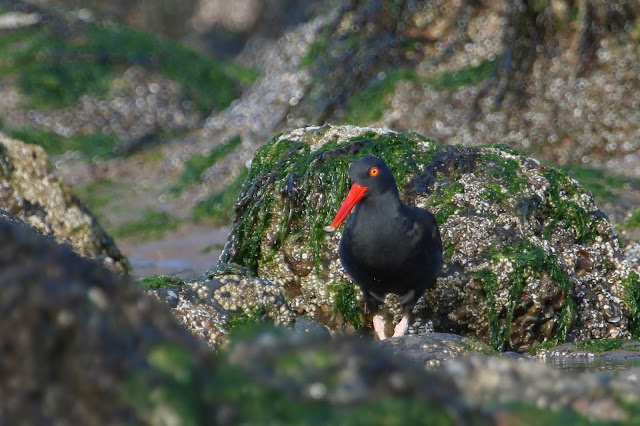 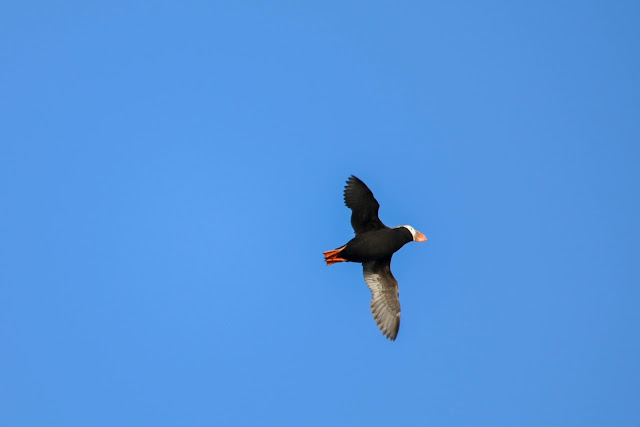 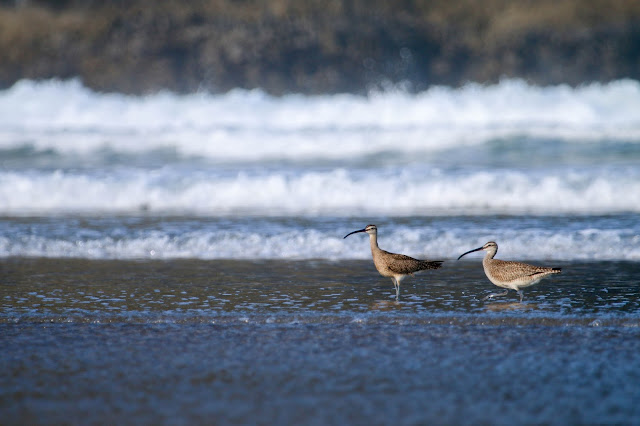 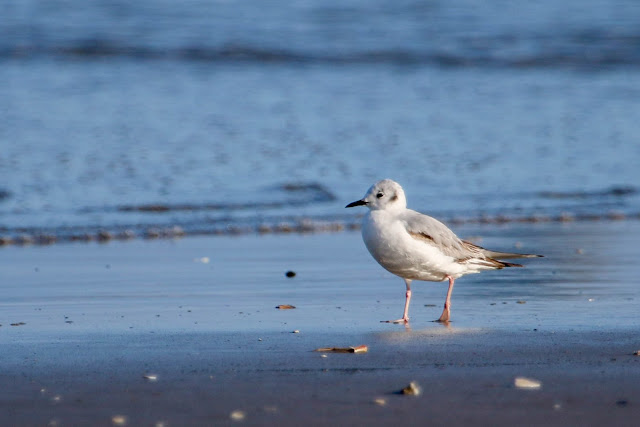 The dogs were being ridiculously patient while I got my Haystock Rock fix and as we left I took the same damn picture I always take... 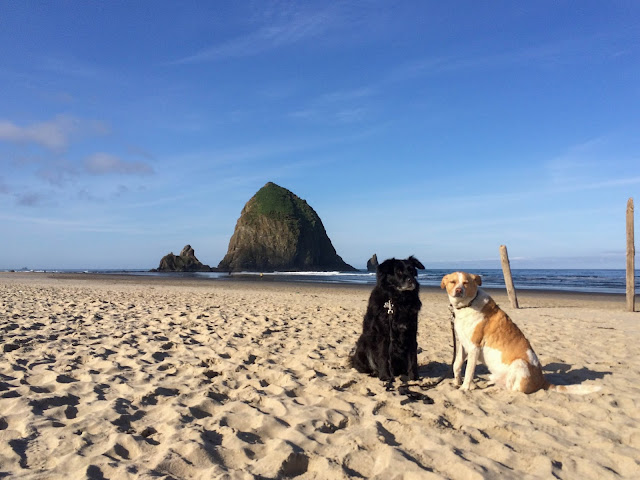 Next we walked the loop trail around the Cannon Beach Settling Ponds.  A couple of Spotted Sandpipers were the only shorebirds and a random late Common Goldeneye was the only "rarity." 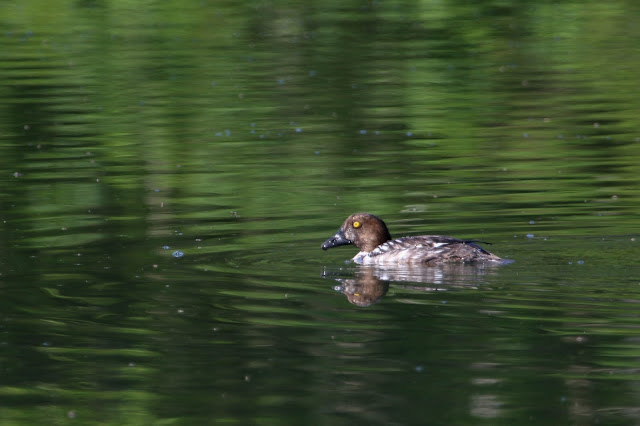 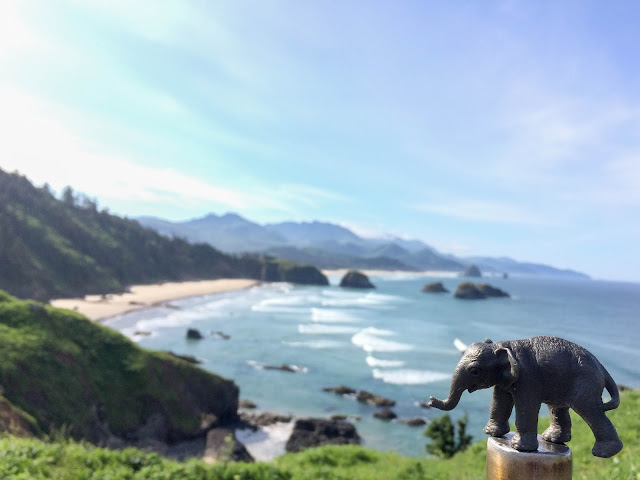 As I walked the dogs along the edge of the field by the parking lot a crow flew over near us.  It also wanted to walk along the edge of the shrubs, so I sat down with the mutts and watched.  I had seen the crow pull a worm out of the grass earlier so I got ready for a crow/worm combo shot, but then this happened: 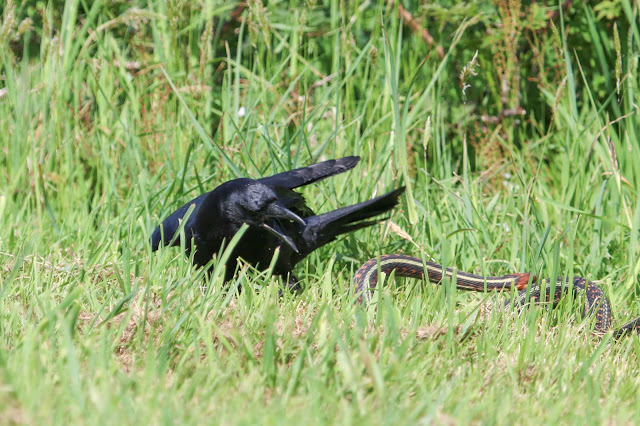 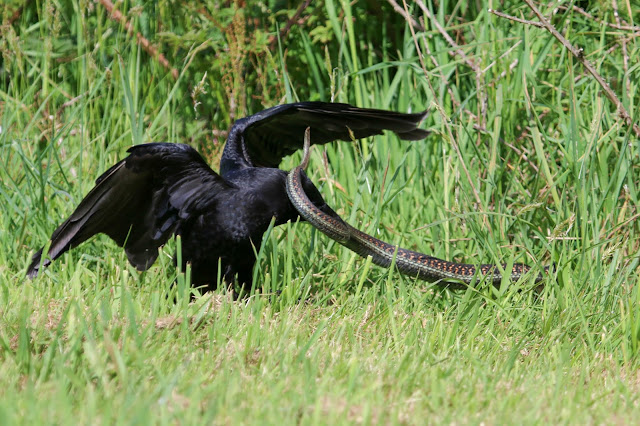 The crow gave the snake a good yank before dropping it, and the snake apparently got away.

That seemed like a good note to end on so I left the coast with two tired mutts and a couple of year birds.

Yesterday morning I headed to the Columbia River Gorge on a mission, armed with a treasure map and my camera. 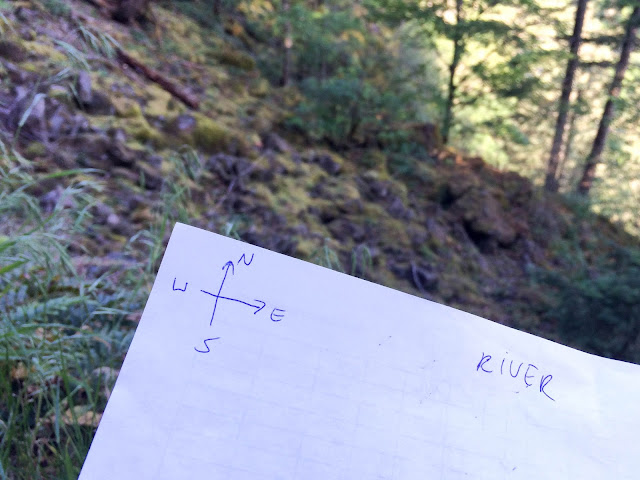 Spoiler:  I did not find what I was looking for, though I did find the right spot.  Along the way I found enough other cool stuff that it didn't even matter. 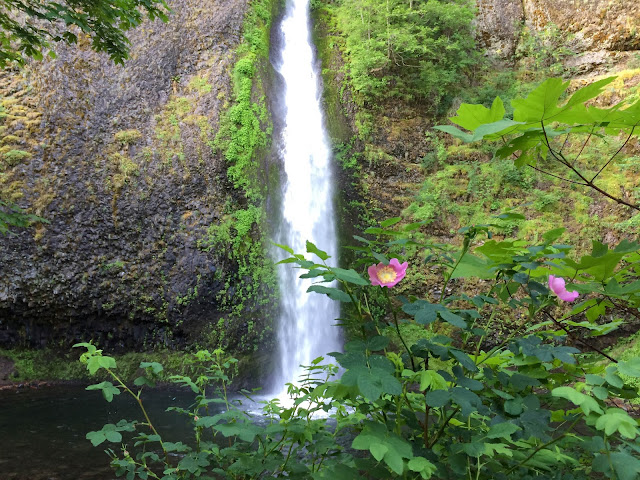 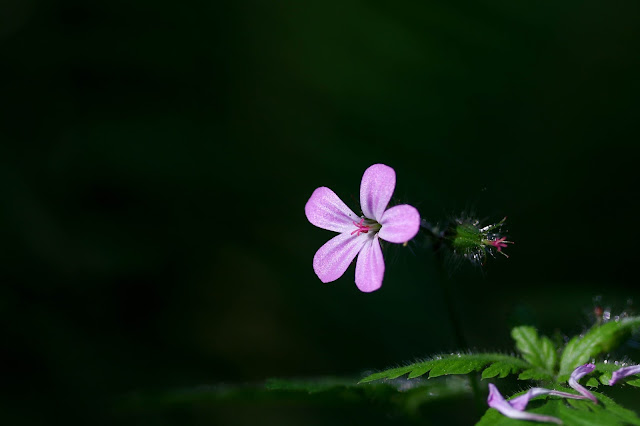 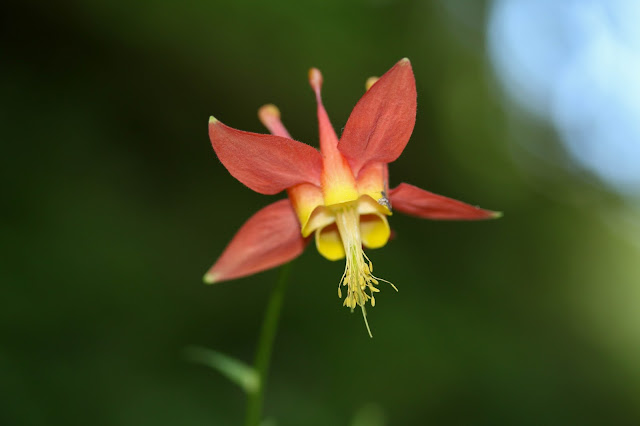 After about half a mile the trail passes Upper Horsetail Falls, and by passes I mean it goes behind the falls.  Super cool. 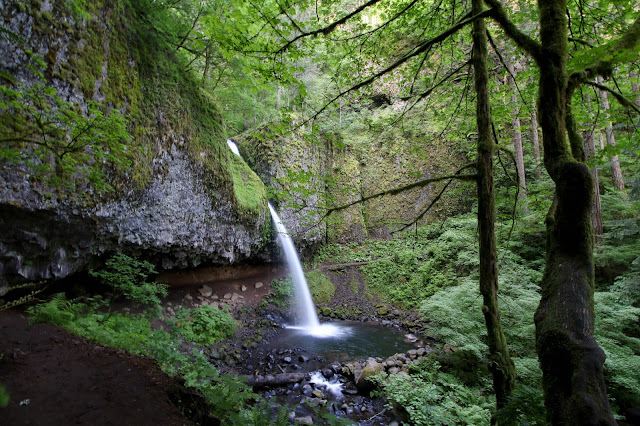 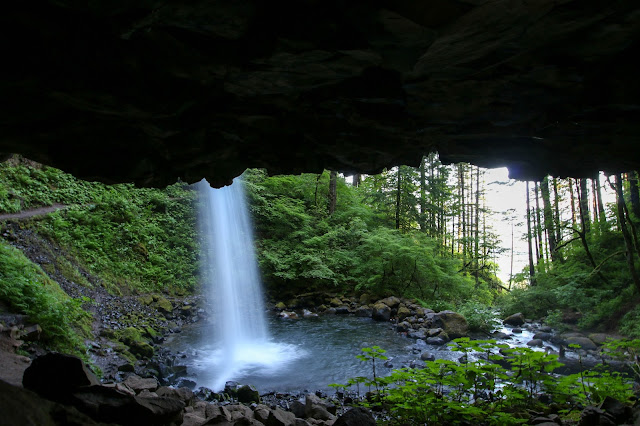 This is awesome and all but then things got full-blown amazing when I looked down in the mud and found this guy: 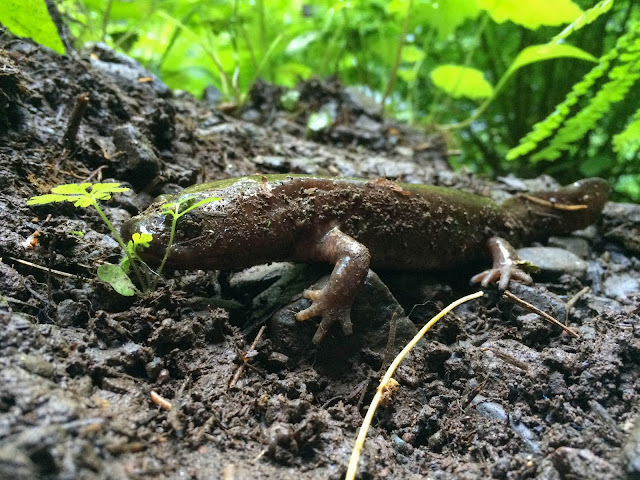 The biggest salamander I've ever seen!!  I poked it to make sure it was alive and it sauntered across the trail while I tried to get decent photos. 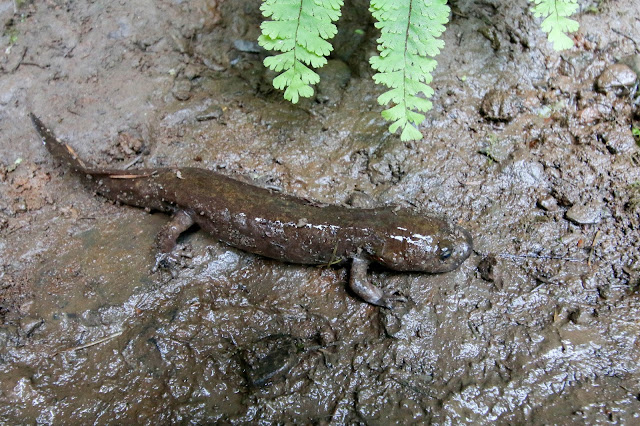 I am almost positive this is a Pacific Giant Salamander but could use a second opinion.  I really really wanted to get this guy in a better spot for a photo op, but despite the amount of mud I acquired on my knees and elbows, my efforts failed.  Dude would not sit still in front of scenery so only blurry salamander-waterfall shots. 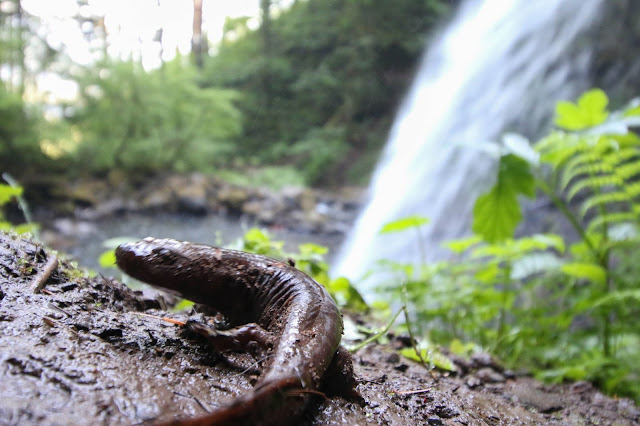 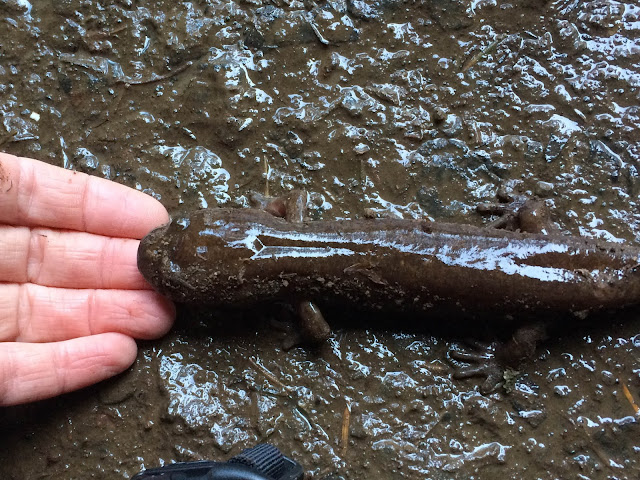 If someone had offered me a treasure map to a Pacific Giant Salamander spot I would have been equally, if not more excited to follow it as the map I was following.  I eventually pulled myself away from my new giant and slimy buddy and continued on the trail.

While checking out a side trail I found these cool wildflowers: 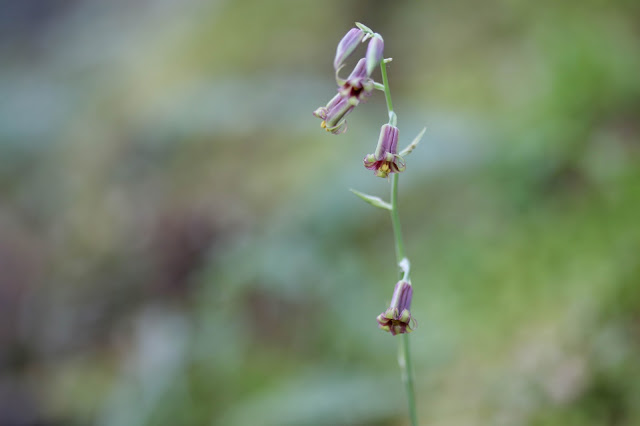 I believe they are stenanthium occidentale. 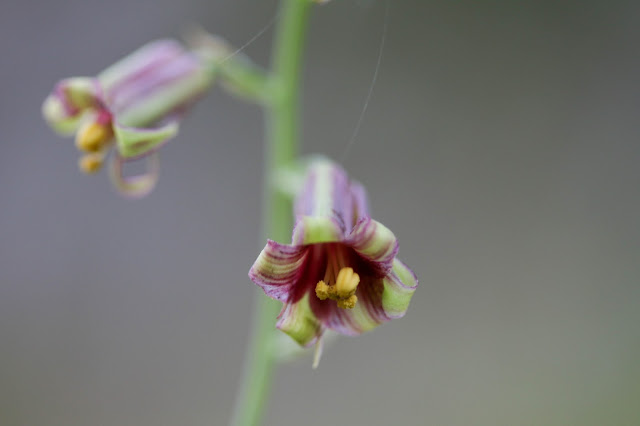 While I never found my target animals I found plenty of other treasures along the way.  Good times!! 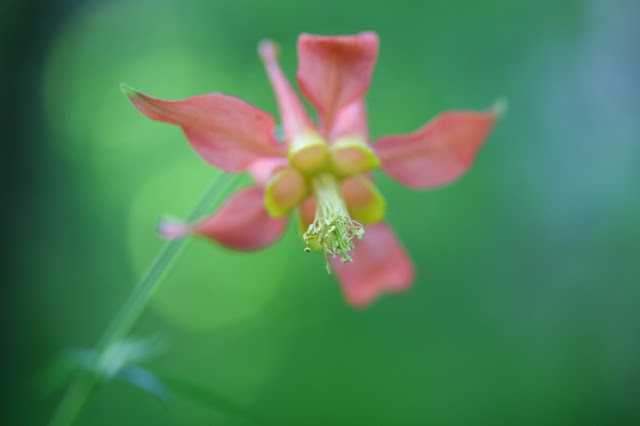