Tuesday afternoon found me done with my yard chores, done with a beer, itching to escape the stifling Portland heat.  I had the thought, if I leave now I could be on Mount Hood in an hour and surely it's cooler there.  So I packed up the car, packed up the mutts, and we headed east with the A/C cranked. 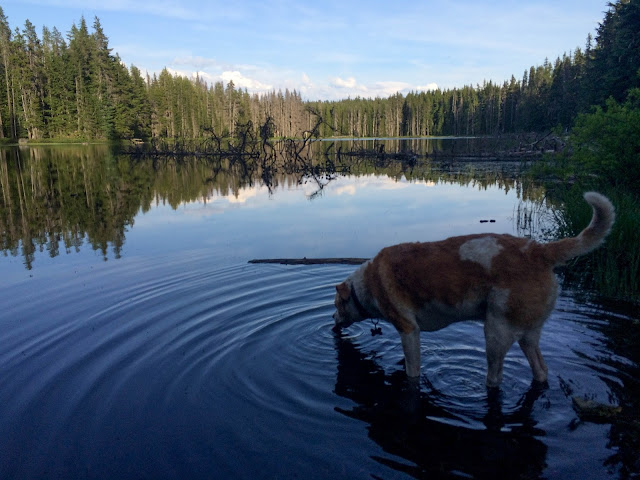 Summit Lake was deserted as expected.  I only came to know this spot (not far from Timothy Lake) thanks to someone reporting nesting American Three-toed Woodpeckers here a couple years ago and there is rarely anyone around.  The mosquitoes were relentless as I set up camp and walked the dogs around.  It grew darker and we retreated to the safety of the tent where I watched bats swoop down to the lake and listened to Common Nighthawks peenting overhead.  Then the frogs began their all night serenade.

Perhaps the volume of the frogs is the reason no one camps here.

After very little sleep I packed everything up and we continued on our journey to track down a state bird in Jefferson County. 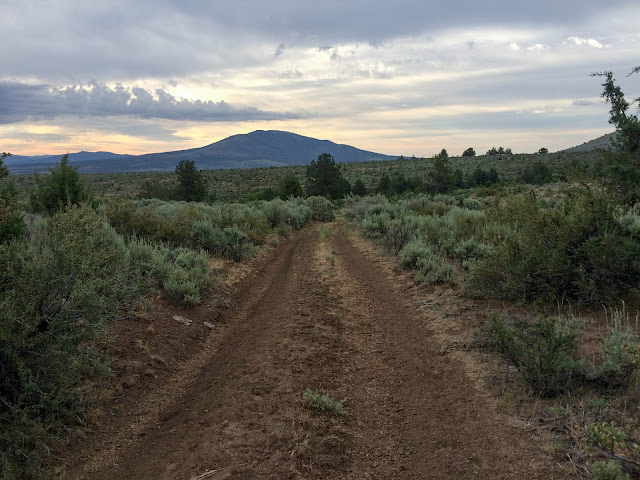 I had failed once before here so expectations were low.   The target bird, Long-eared Owl, enjoys hiding in dense willows and after much scanning I had yet to find one.  I opted to creep closer to the willows and bam, a bird flushed.  Dammit.  Another step and bam, another bird flushed.  UGH.  Not only was I not seeing the bird, but I was also becoming an asshole.  I walked in the direction the birds flew in to try to get enough of a view to verify the species, and bam, flushed again.  I shot off a couple quick photos, enough to know it was at least the right bird. 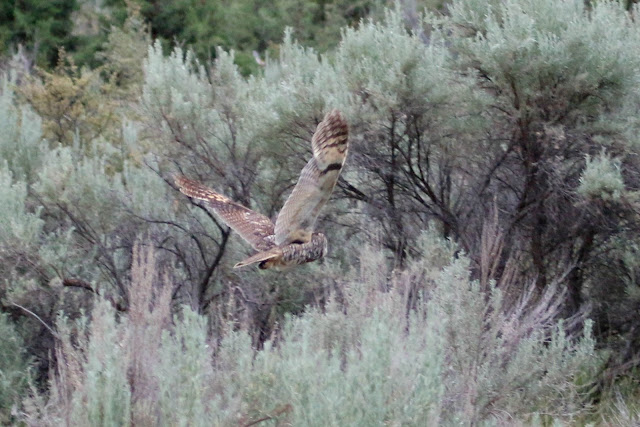 I left this area to walk the dogs around the sage and look for more birds. 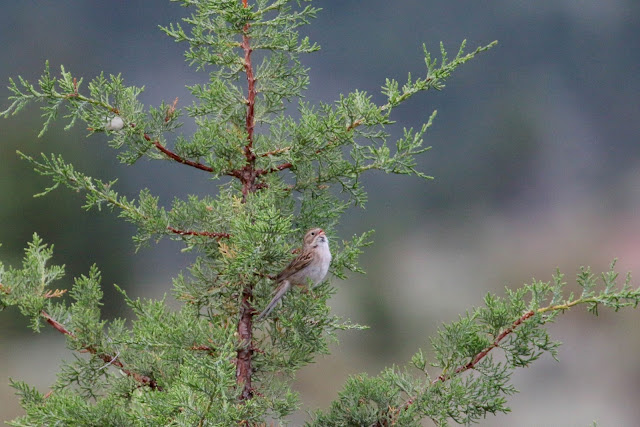 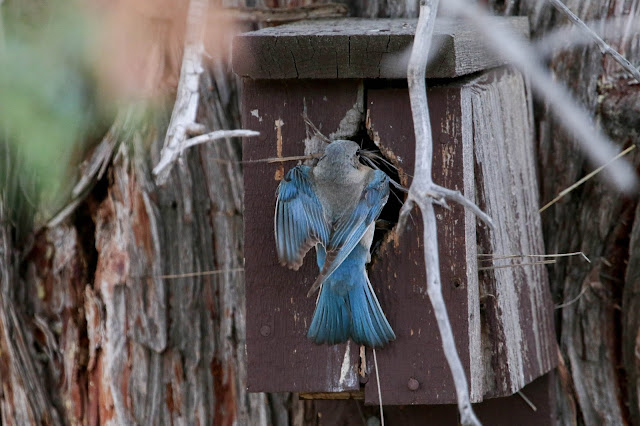 Mountain Bluebird working on her nest 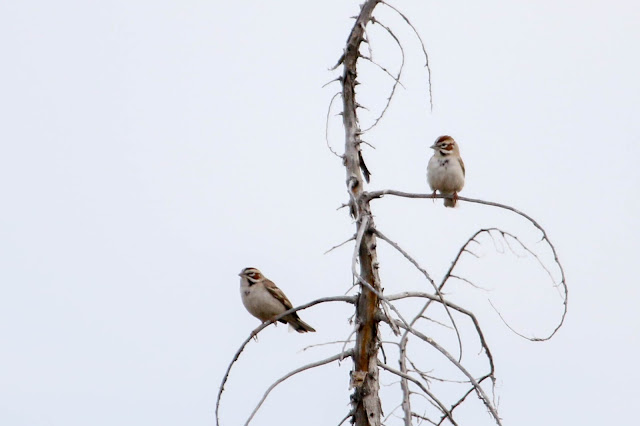 Blue-gray Gnatcatcher, one of this area's specialties

I wasn't going to post a photo of this wildflower I photographed, but then I noticed the common name for it was Cowboy toilet paper and I could not resist sharing. 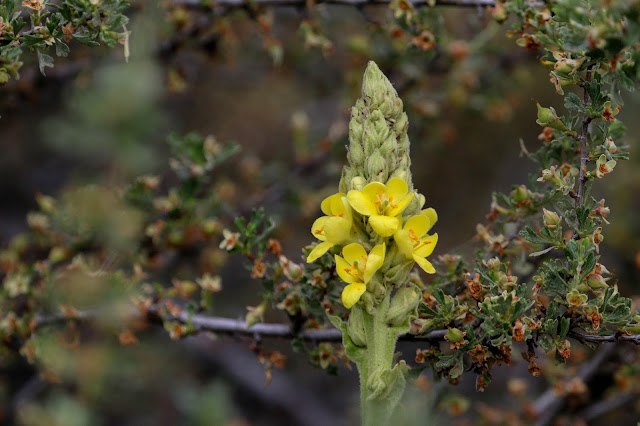 After wandering this area for awhile I continued on east on 26, stopping at a pullout to view Ochoco Reservoir.  Pelicans were the most obvious birds around. 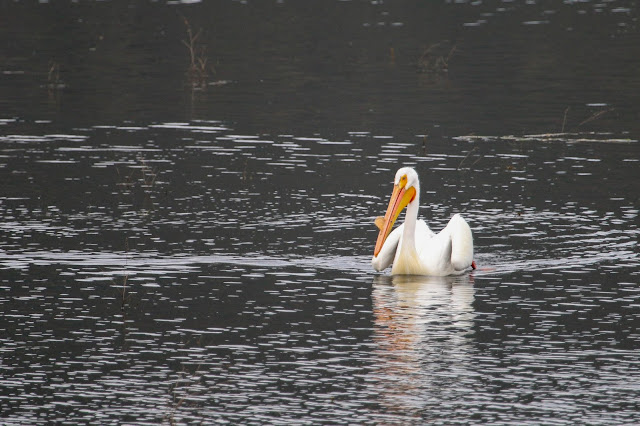 The mudflats were shared between various blackbirds, Killdeer, a Spotted Sandpiper, and geese. 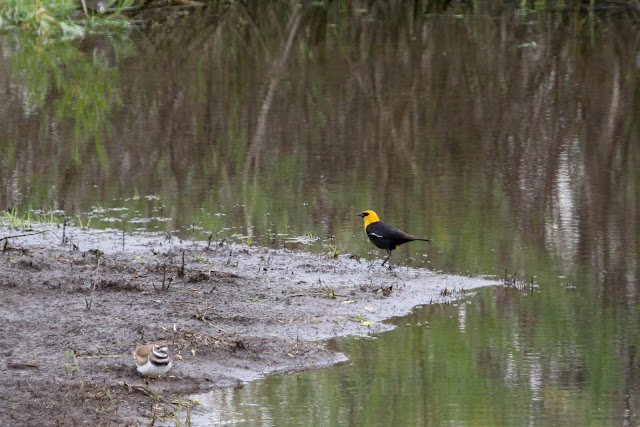 East of the reservoir I pulled over for a snipe on fence post.  Some days I think snipe are in my top five, bird-wise. 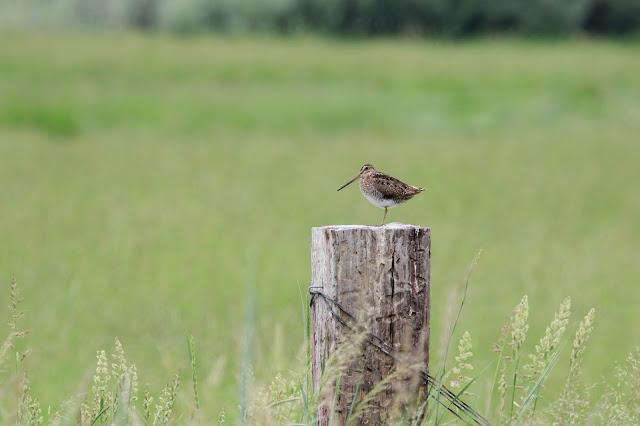 "Chip sealing" brought traffic to a halt and I was unfortunately behind a pick-up with two dogs in the back, exciting Jake and Ralph to no end.  It did not help that one dog looked much like Ralph and they seemed to stare at each other in confusion. 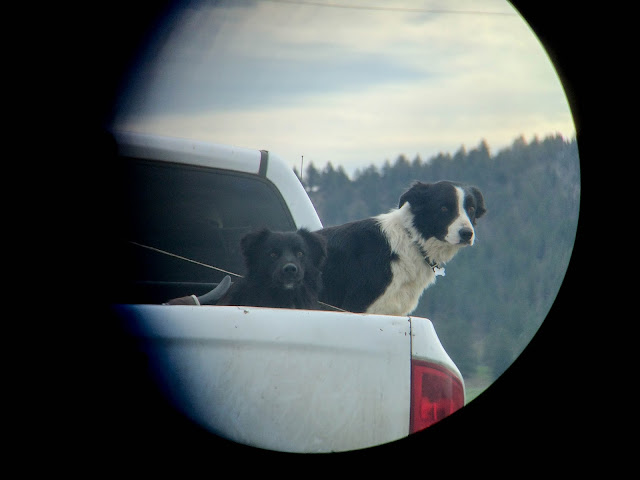 Once out of the road work area I pulled over to do some nerdy wildflower macros. 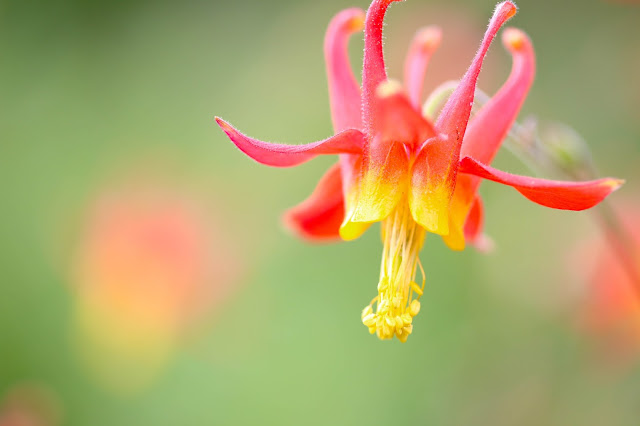 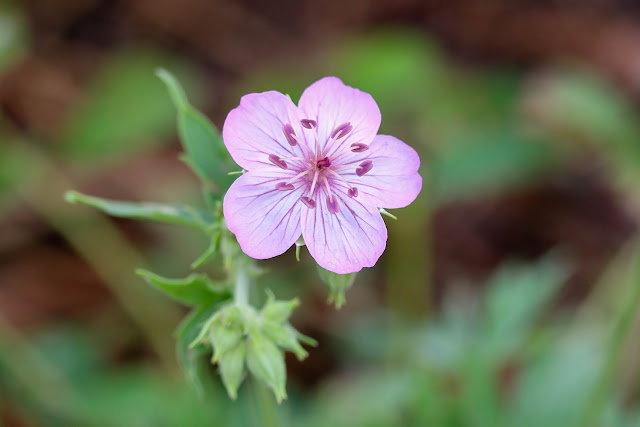 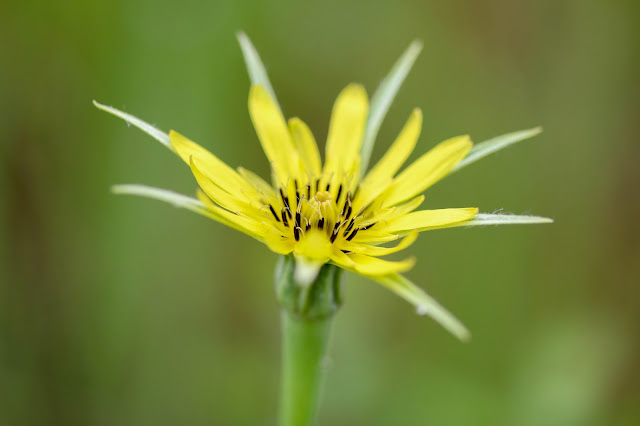 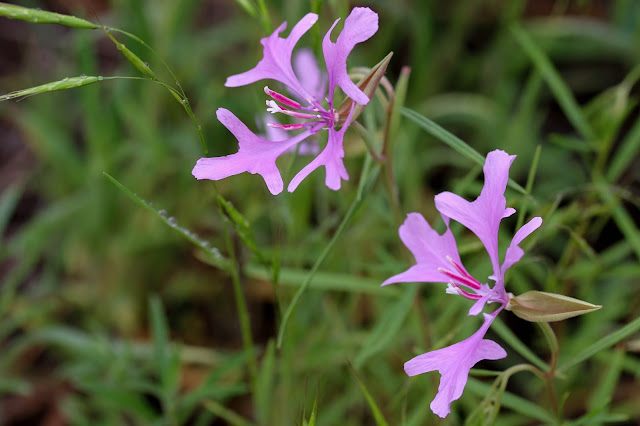 I drove around Ochoco National Forest for awhile, stopping here and there for flowers or birds or other distractions. 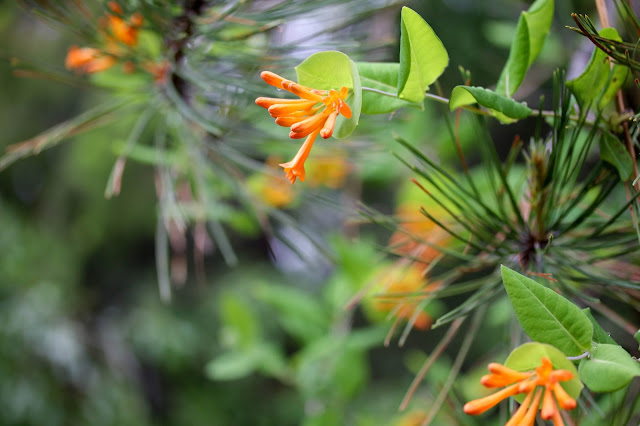 After eating lunch I decided to start heading back out of the forest.  Thunder was rumbling and it rained for awhile, though this did not stop me from checking out more flowers. 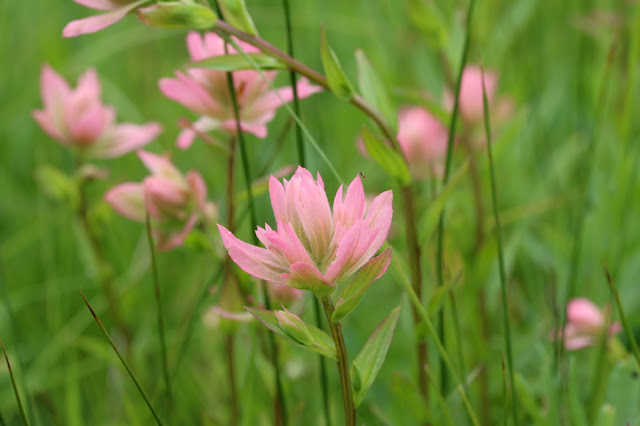 As I drove west of Prineville I started to notice the smell of smoke and a general haze in the area.  It was still strong on the ascent out of Madras, when I finally caught sight of the source of the smoke. 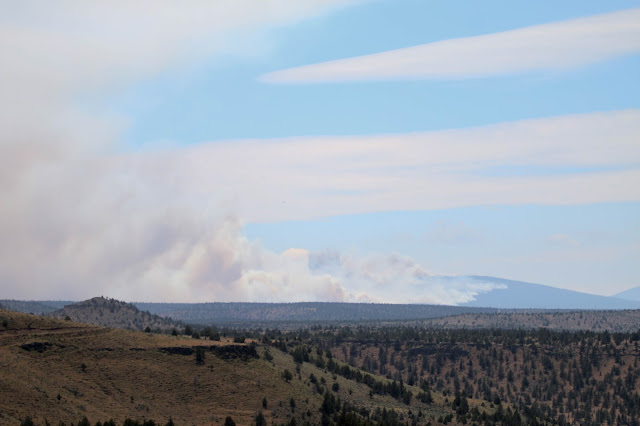 It's being called the Akawana Fire.  Ugh.