As soon as summer hits the urge to head to the mountains increases dramatically, even when it hasn't been particularly hot.  A few nights ago I went up to Larch Mountain with Sarah and Max of Must-see Birds fame in hope of spotting a few Common Nighthawks. 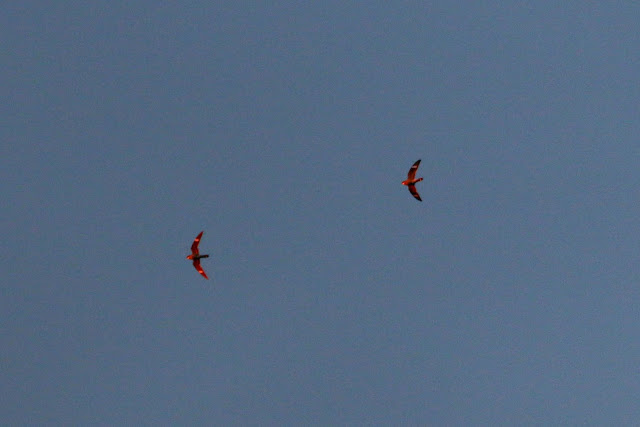 Great success!  We had four or five zipping around overhead while the amazing sunset lit them on fire.  Band-tailed Pigeons flew by also, but they were not lit up. 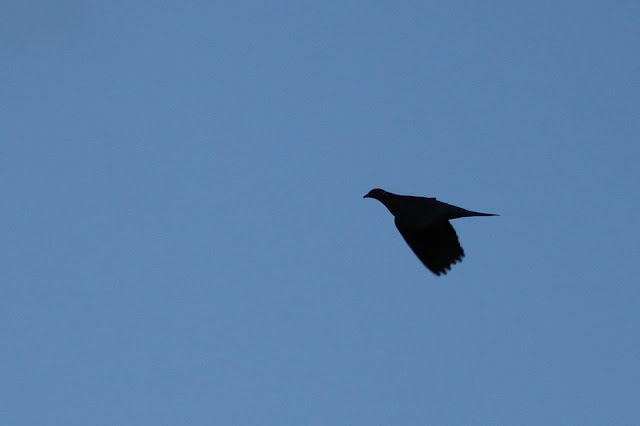 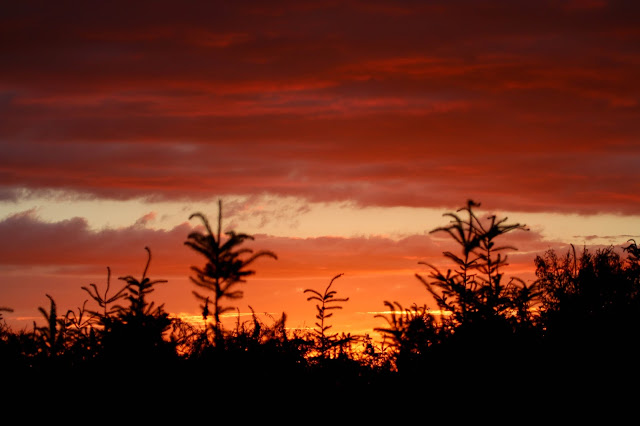 This seems to be the best (and only reliable) place for nighthawks in the county.  That evening the show was a good one and the second Sarah turned away one flew right over our heads.

Tuesday I went up to Mount Hood with Audrey of Tweets and Chirps fame to hike around Mount Hood Meadows in hopes of seeing some Clark's Nutcrackers. 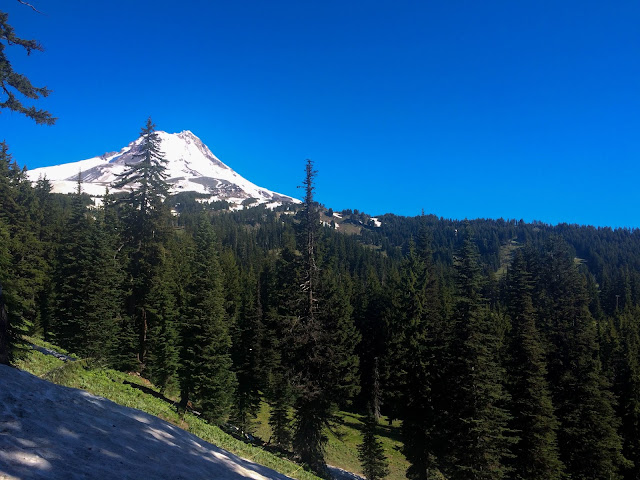 Birds were abundant but not always easy to pinpoint.  Chipping Sparrows love being pinpointed though, so phew. 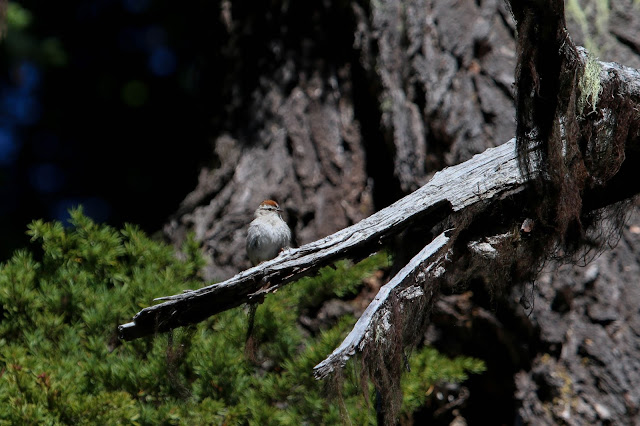 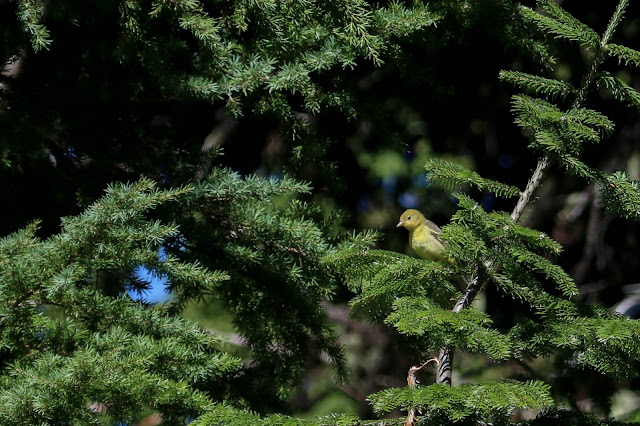 Wildflowers were tough to come by surprisingly.  Still not sure if we were too early or too late. 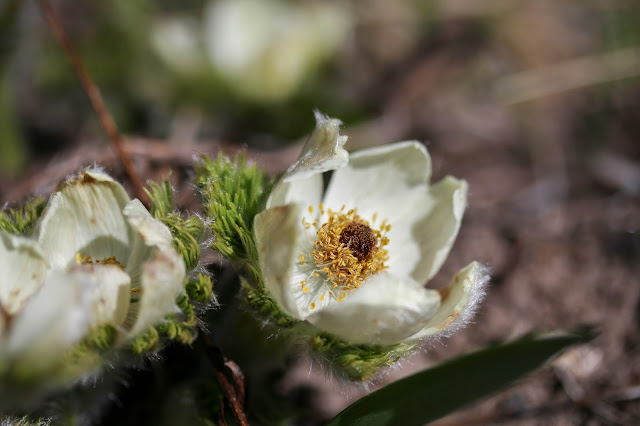 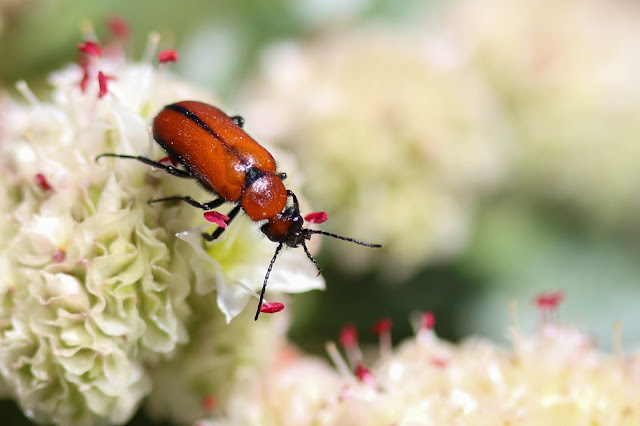 The trail passes under ski lifts where lazy Mountain Bluebirds were waiting for a ride. 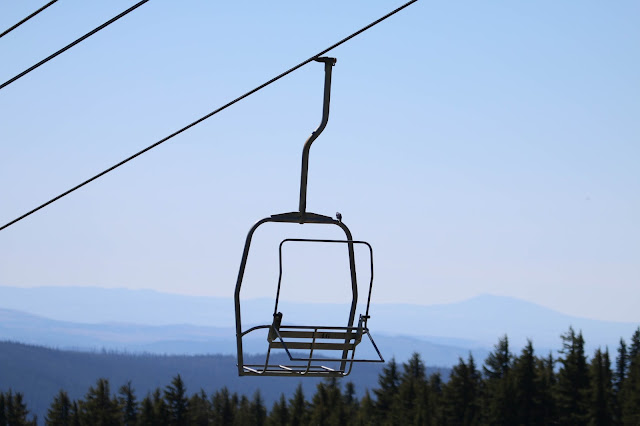 At one point I noticed pink flowers down slope from us and we went to investigate.  I am so glad we did, even though at the time I didn't know what we were looking at. 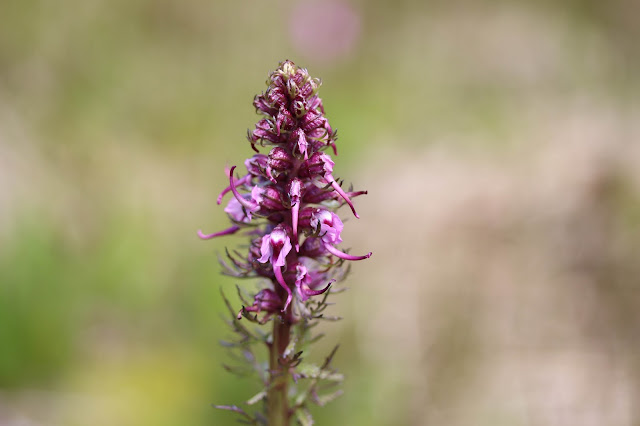 This beauty is called Elephant's head, as became apparent when I zoomed in on photos. 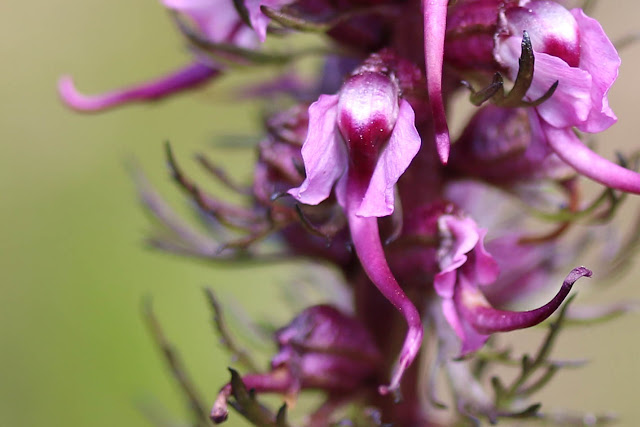 SO COOL.  The Elephant's head shared this little marshy area with a bunch of shooting stars and a little blue butterfly. 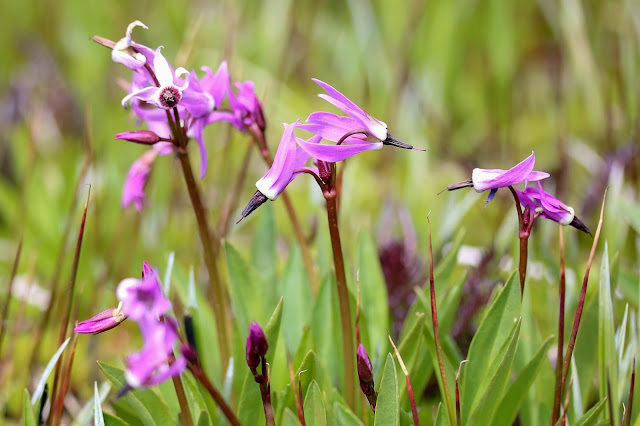 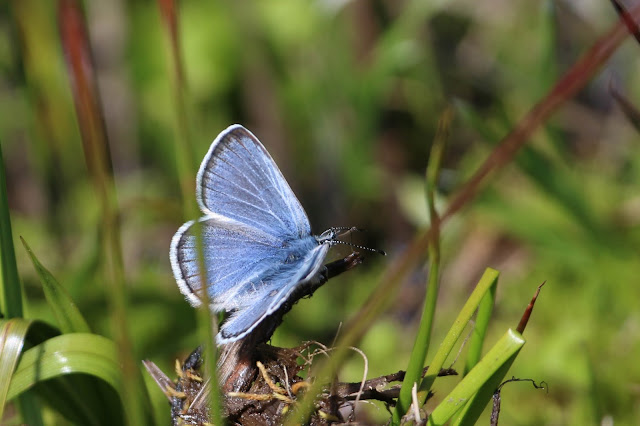 On the way down the trail I stopped for what I thought was a little yellow flower.  Fooled! 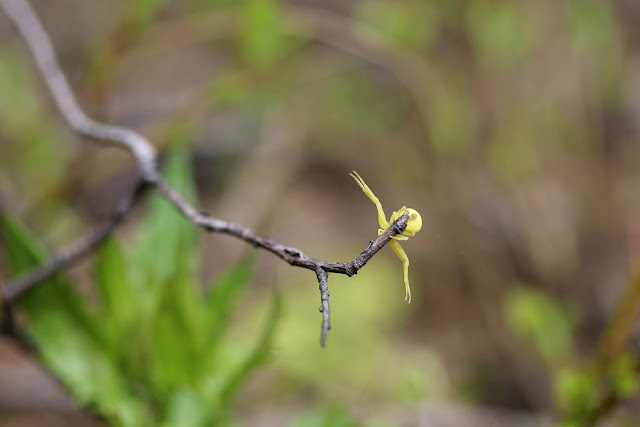 At the bottom of the trail by the parking lot is another marshy area with tons more shooting stars plus marsh marigolds. 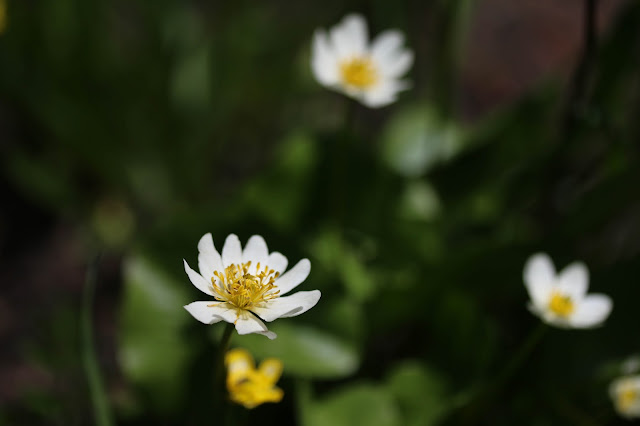 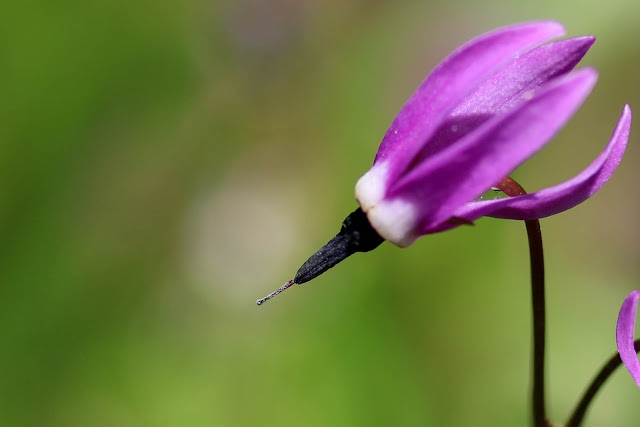 Aside from hearing a distant one, we totally dipped on nutcrackers.  Back in the car, Leonard made a friend. 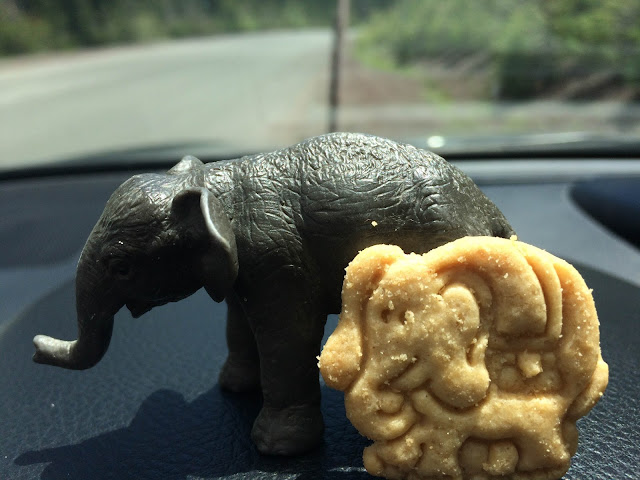 Since Timberline Lodge is generally a "reliable" spot for nutcrackers we stopped there for lunch. 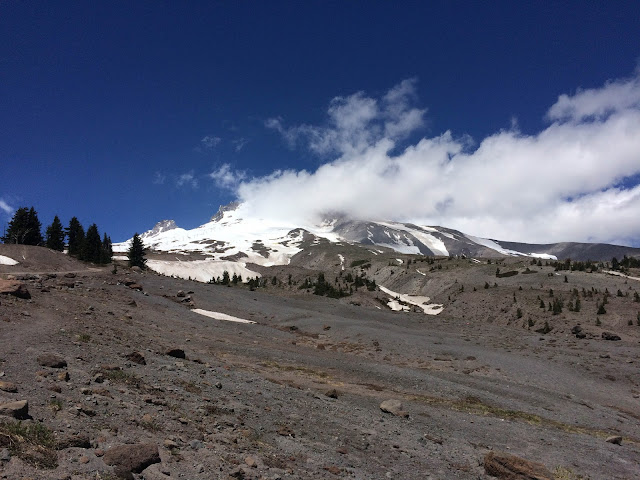 Yesterday evening I went back up to Larch Mountain for more nighthawking with Audrey and her bf Tomas.  We arrived with a little extra time for wandering around and found some fun stuff.  This jumping spider was pretty awesome: 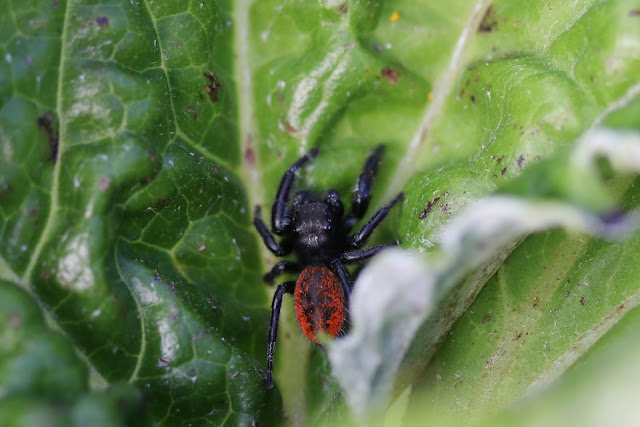 While I was looking at the spider Audrey called out "lizard!"  We gathered around this fellow, a Northern alligator lizard I believe. 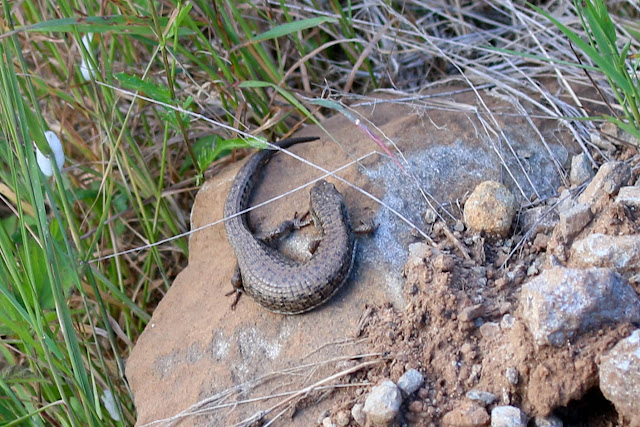 As for birds, the clearcut had many including over 40 Band-tailed Pigeons flying by, Orange-crowned and MacGillivray's Warblers, Cedar Waxwings, Pine Siskins, Bewick's and Pacific Wrens, Spotted Towhees, and juncos. 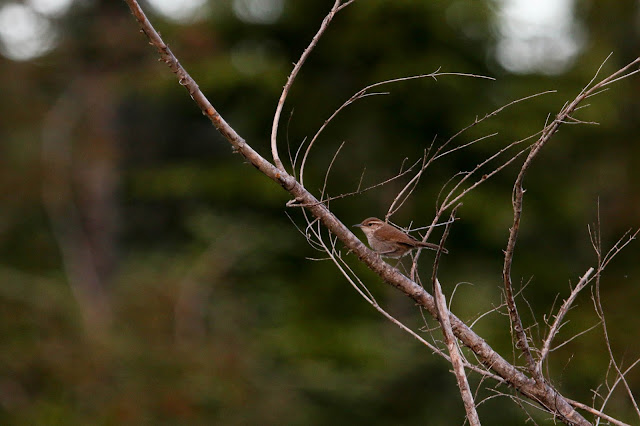 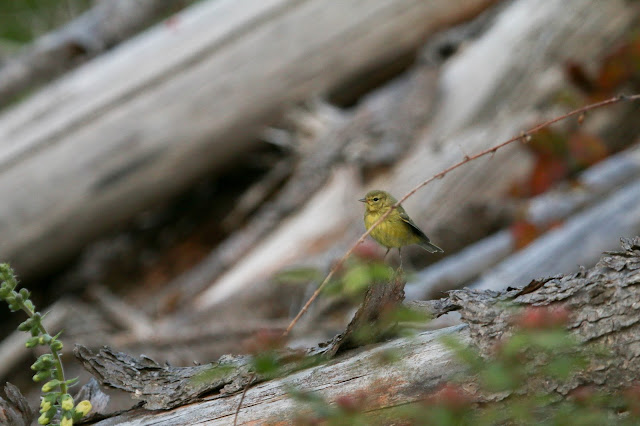 After exploring for a bit the nighthawk show began. 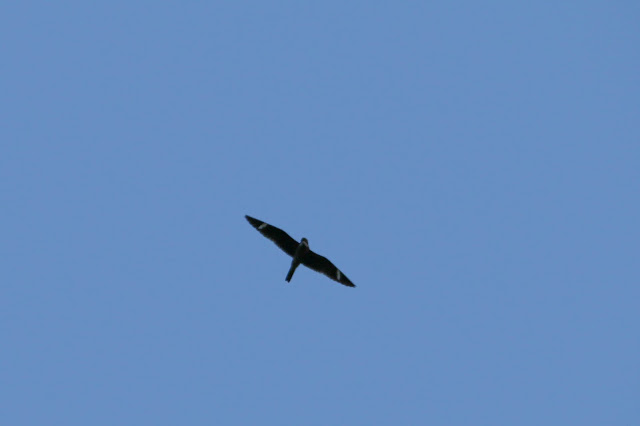 We had at least four birds entertaining us but probably heard more in the distance.  As we walked back to the car we experienced the grand finale, a nighthawk diving straight at us!  We stopped to watch and it did it again!  And again!  We must have been walking through some tasty insects.  Tomas caught this on video which will hopefully make its way to the internet eventually.  My phone video is barely worth sharing, but here it is anyway!