This is not a whale blog. 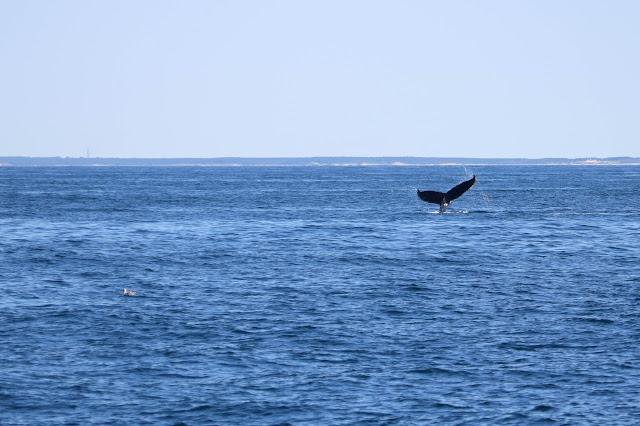 I wish I saw enough whales that I required a whale blog.

Somehow, while back east visiting my family, I convinced everyone we should go whale-watching.  At lunch beforehand we tried to figure out when the last time the four of us had been on a boat together, and I think it was like 25 years ago in our Boston Whaler on Long Island Sound.  It was time to hit the water again. 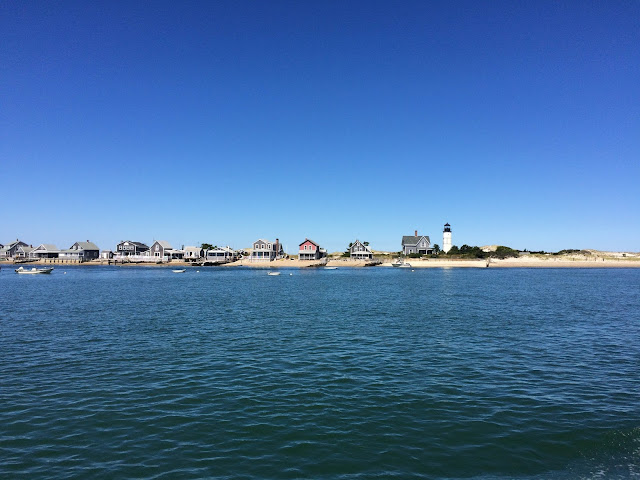 My parents had been on a whale watch boat before with Hyannis Whale Watcher Cruises out of Barnstable Harbor, so that's the one we picked.  I was hoping for whales, but of course I was really hoping for birds.  Pelagic birds.  I had zero expectations until the morning of the whale watch when I looked at the website and realized the boat was heading to Stellwagen Bank National Marine Sanctuary, a spot I recognized from eBird as being great for pelagic birds.

We set sail with a hundred other people (or so it seemed) at 1:30 in the afternoon, cruising out of the harbor into Cape Cod Bay.  We picked up speed as we began to gun it straight for Stellwagen Bank, and after half an hour or so I saw my first shearwater and Wilson's Storm-Petrel.  I took terrible photos and hoped for better views. 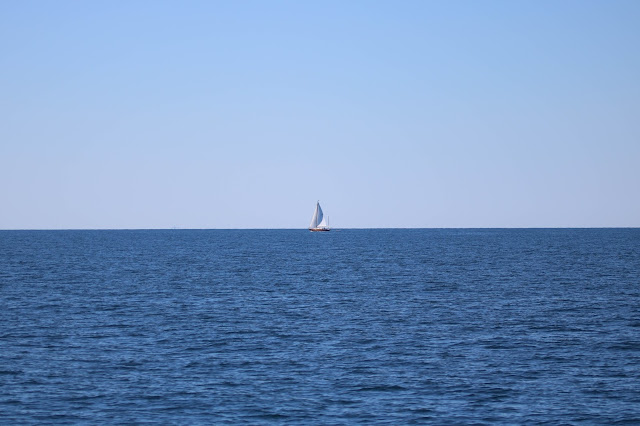 A Northern Gannet appeared in the distance, a bird I had forgotten about. 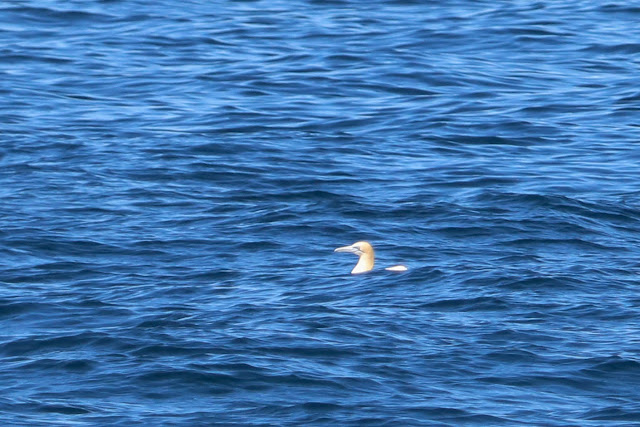 We made it to the bank and while everyone got pumped on whales I got pumped on a shearwater party beyond my wildest dreams.  The majority of the party consisted of Sooty and Great Shearwaters, neither of which were lifers. 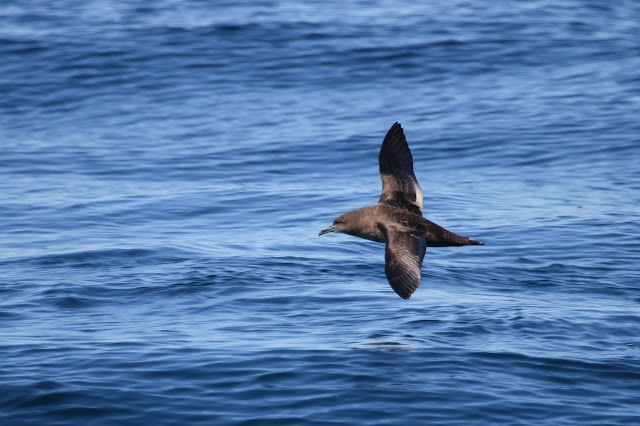 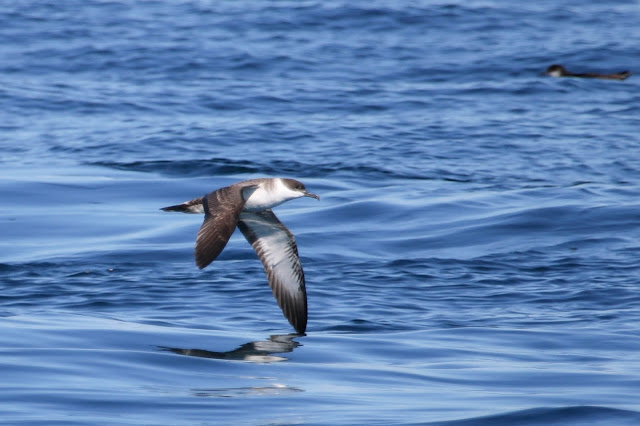 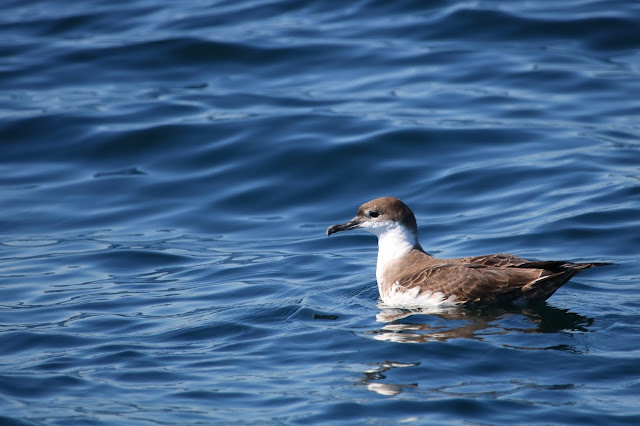 My previous experience with Great Shearwater was brief as it flew by a boat out of Half Moon Bay a few years ago.  I had thought the bird was striking in its minimalist black and white and grey, but looking at the field guide later I decided I was silly for thinking it striking.  Now after spending hours with dozens of these birds I go back to my original sentiment:  this is a striking bird.

Also present at the whale scene were Cory's and Manx Shearwaters, both life birds.  Cory's turned out to be bastards to photograph despite being slightly more numerous than Manx. 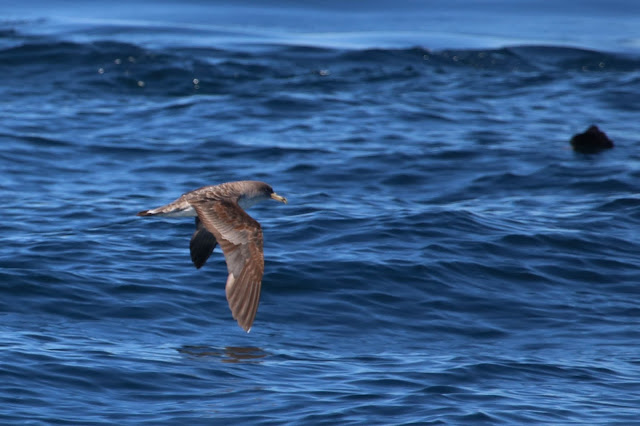 The cinnamon brown in their wings is so pleasing 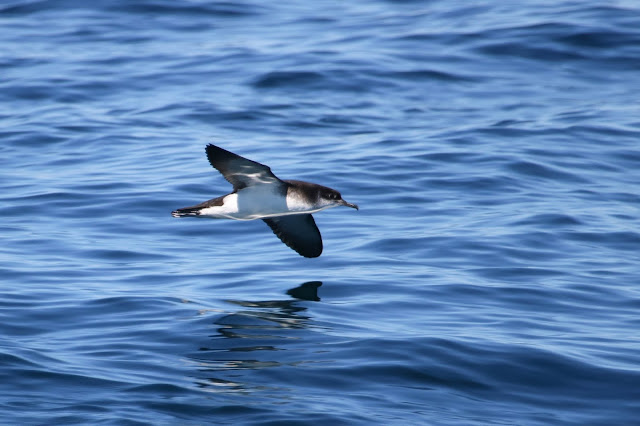 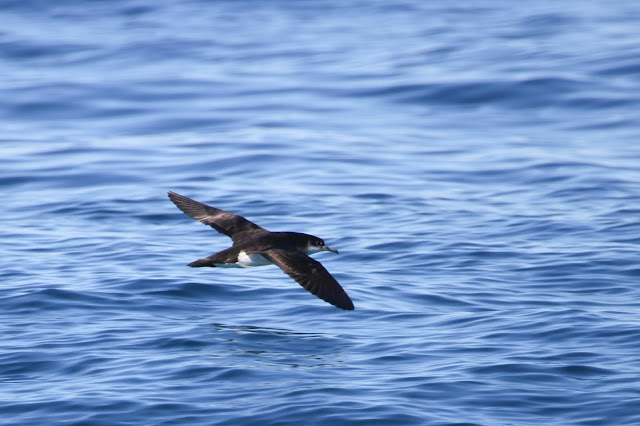 Manx Shearwaters were the least common shearwater, but surprisingly easy to pick out with their obvious black/white color scheme and spazzier flying style.

Wilson's Storm-Petrels were always around, but rarely close. 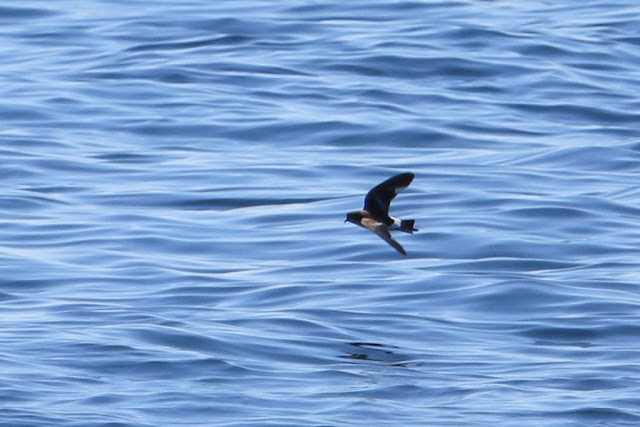 Know who the shearwaters like to party with?  Humpback whales. 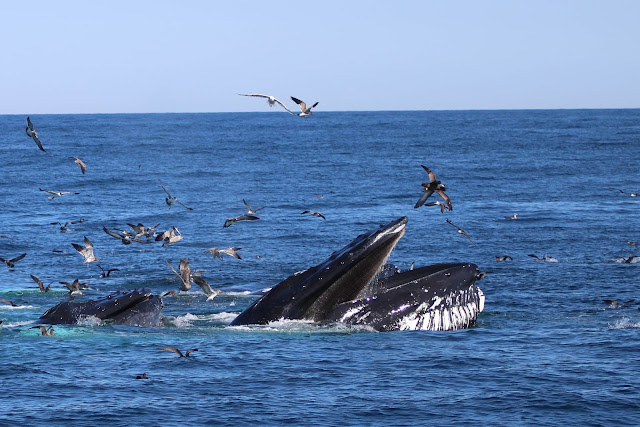 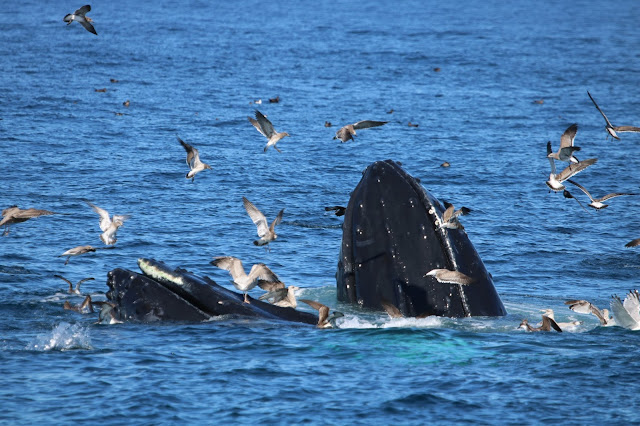 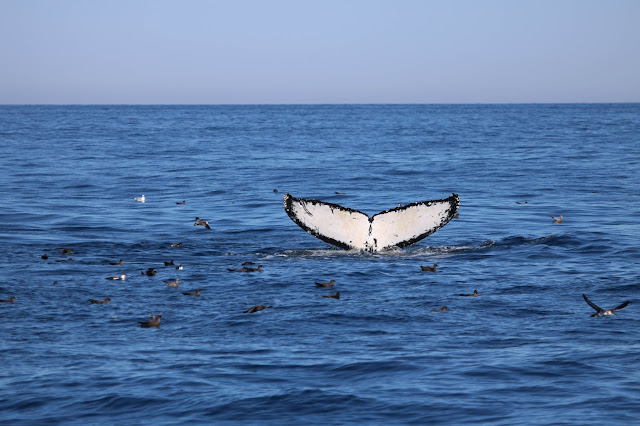 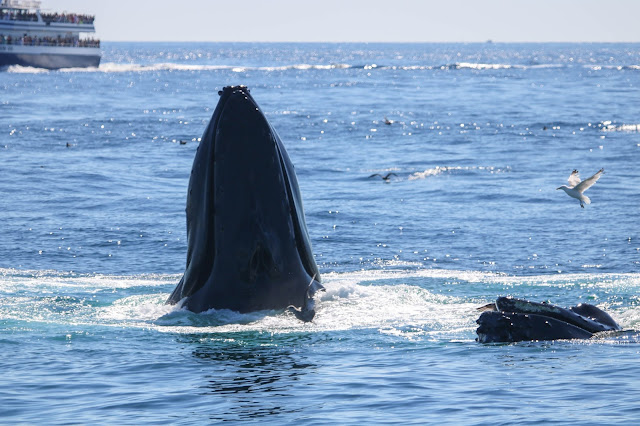 As you can see above, we were not alone out there.  A couple other whale-watching boats were in the area, and I imagine our boat looked as tourist-packed as this boat: 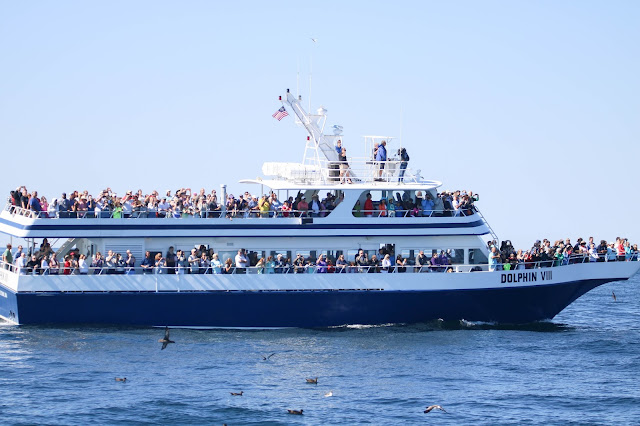 Zooming in on this photo just now I found a woman holding a baby more or less over the railing, as well as two yellow labs (?!).

The only gulls I intentionally photographed on this trip were a couple of Laughing Gulls that flew by in breeding-ish plumage. 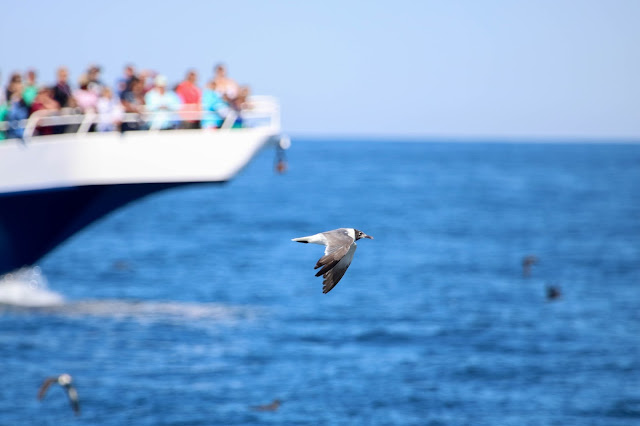 That was about it from my family's Cape Cod whale watching adventure!  It was a short 3.5 hours but packed with so many great birds and about two dozen humpback whales.  Good times!!! 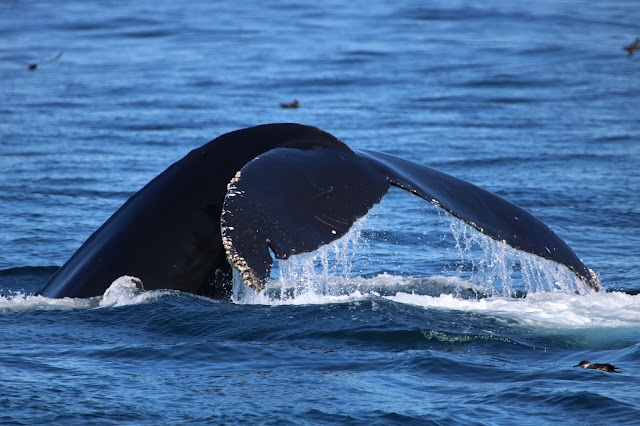