Winter is not over, but the wettest February on record has been left in the past.  We can only move forward.  To kick off February finally ending and March beginning with a mostly dry day, Audrey and I headed to the coast to chase some reported Mallards.  Other birds, too, but why set the bar high?

We left Portland at the reasonable time of 4:06 a.m. with our first real stop being Tomaselli's Pastry Mill & Cafe in Elkton. 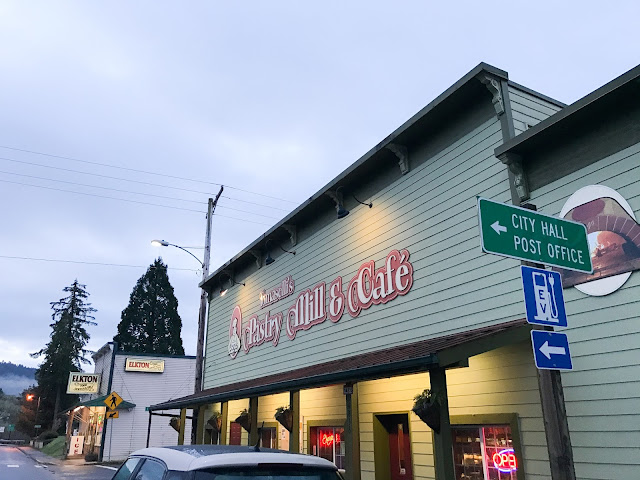 We loaded up on fresh coffee, equally fresh pastries, and something called a Bird Seed Bar.  A big flock of Wild Turkeys at the local school offered up my first year bird.  Our next stop was the Dean Creek elk viewing area where a couple of bucks were going at it. 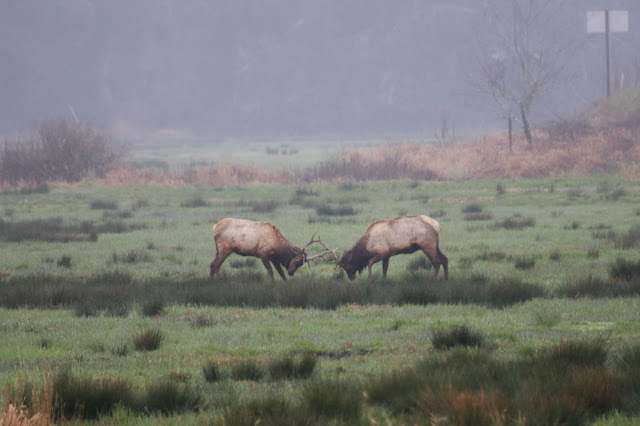 As planned, we made it to Fossil Point in Coos Bay just before low tide to search for the King Eider.  I began to scan the amazing mass of birds on the water from left to right and within minutes was on the bird.  Birding is easy.  We trekked out on the mud to get closer views and marvel at numbers of scoters (all three), Bufflehead, scaup, goldeneyes, grebes, and more.  Did I mention there were Mallards? 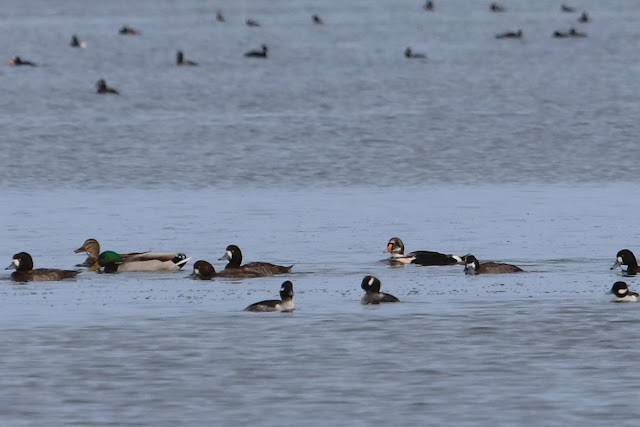 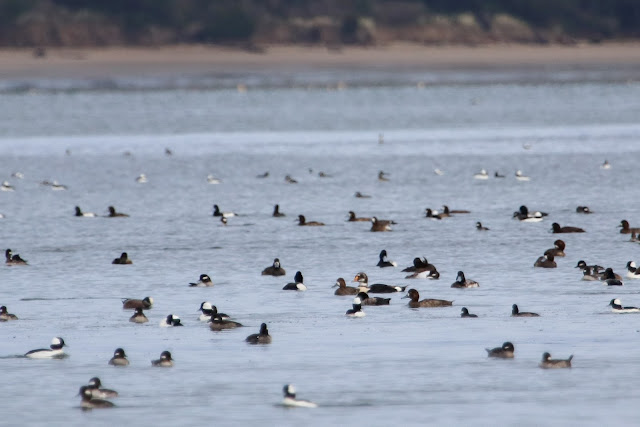 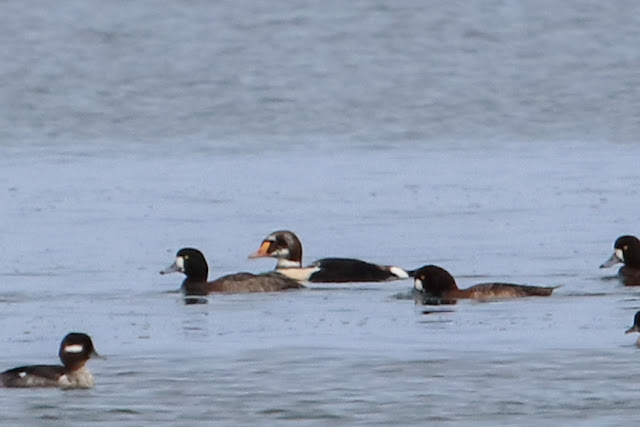 A Long-tailed Duck and a flyover Red-shouldered Hawk made for nice bonus birds here.  The tide began creeping in and I found myself standing in a couple inches of water without noticing.  Wet feet for the rest of the day but totally worth it for those great Mallard views.

Our next stop was a wayside just south of Florence so we could use the bathroom and the dogs could pee on stuff too.  Here the bonus birds were Wrentits. 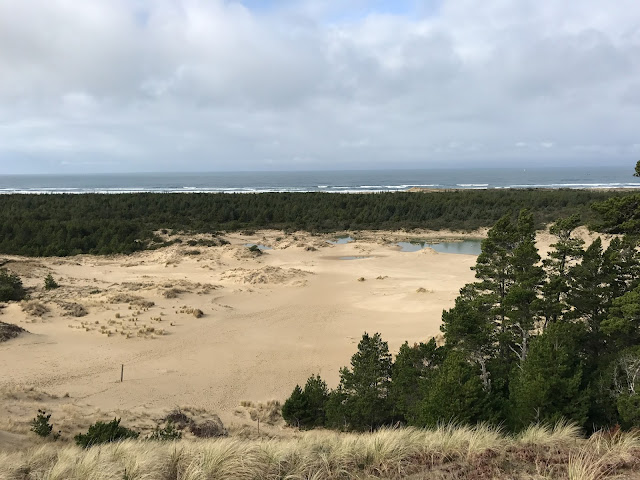 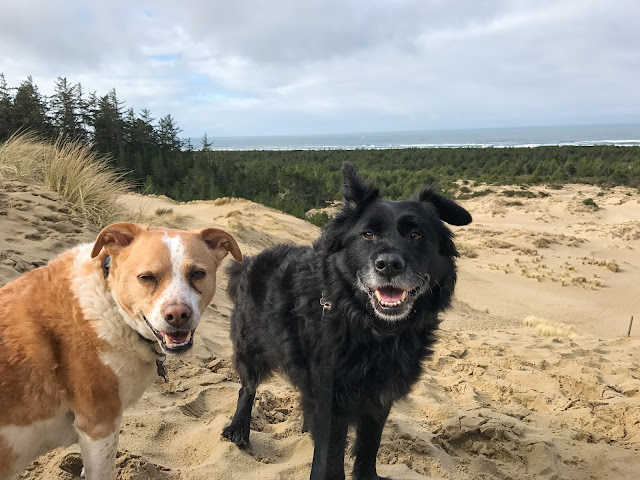 Next up we failed to find Mallards and a Brambling on a residential street in Florence despite watching a junco flock closely.  The presence of both a Peregrine and an accipiter did not help.  We continued on north after an hour and a half of effort, stopping at the Bob Creek wayside.  Surfbirds, turnstones, oystercatchers, and piles of gulls greeted us. 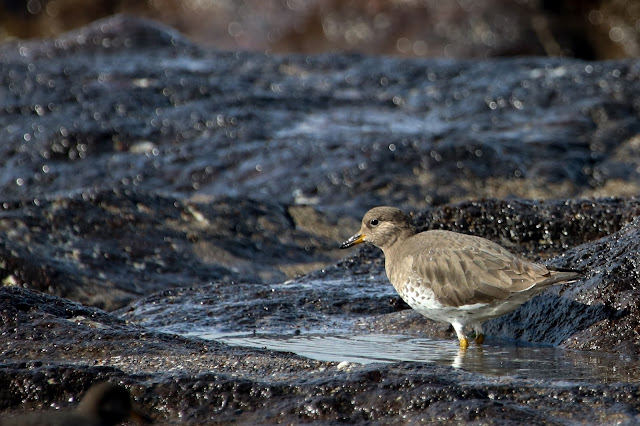 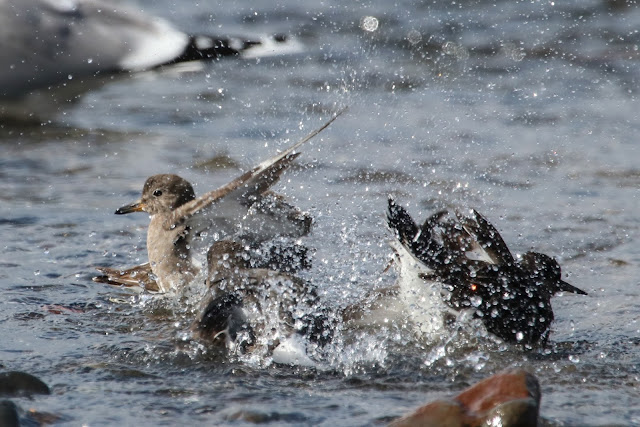 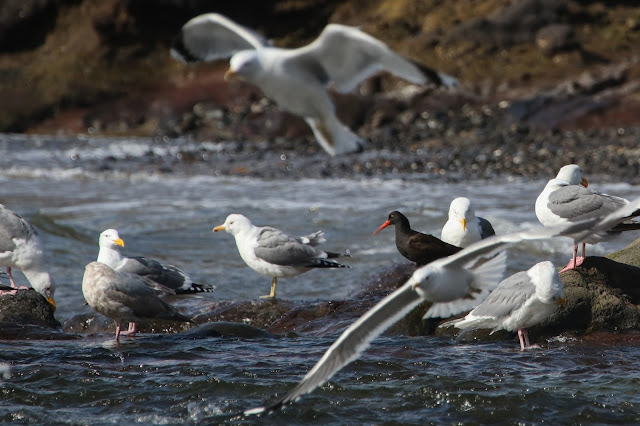 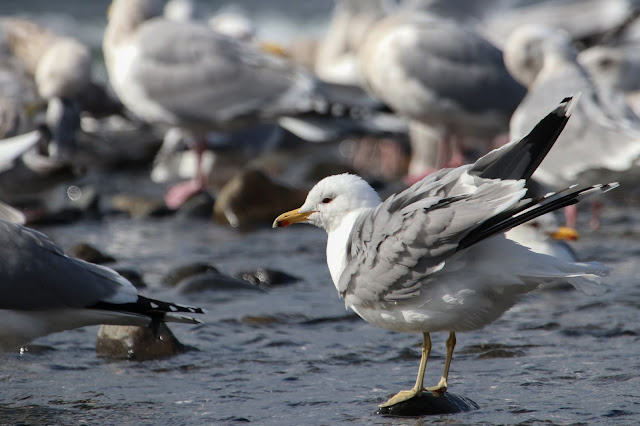 About twenty crows were wandering around the grassy area. 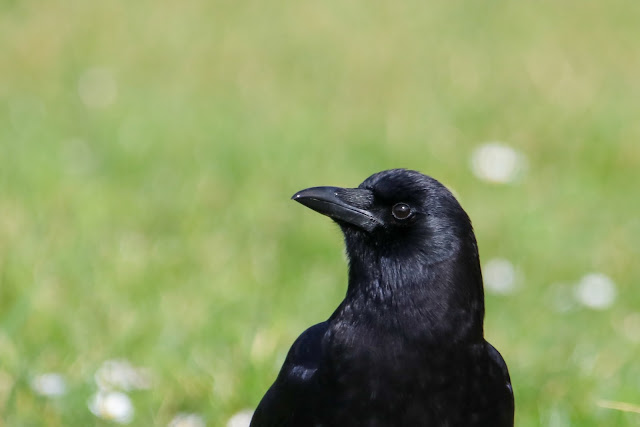 I eat phalaropes for fun.

From here we continued north to Newport, hoping for more Mallards and a Costa's Hummingbird that had been visiting a private feeder.  Unfortunately the homeowner informed us that "Mr. Costa" had not been seen at the feeder in a couple days.  We did see "Piglet", the Orange-crowned Warbler that visits the hummer feeder so at least there's that.  A White-throated Sparrow in the backyard was a nice Lincoln County bird too.

The herring run was still going on in the Yaquina River so we stopped by the south jetty to see what was around.  Mostly sea lions. 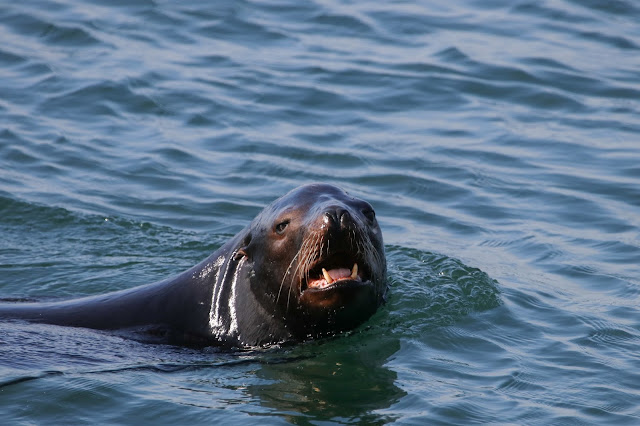 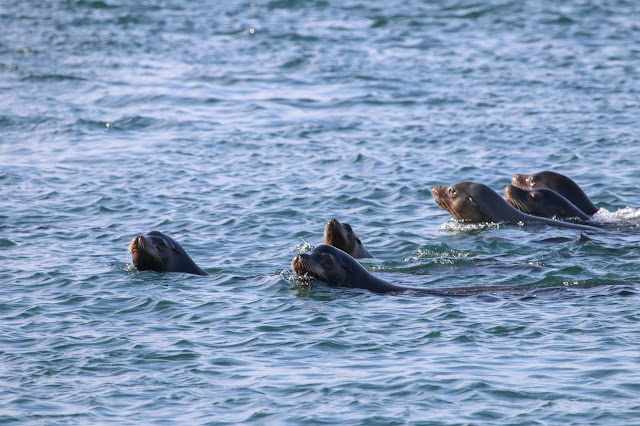 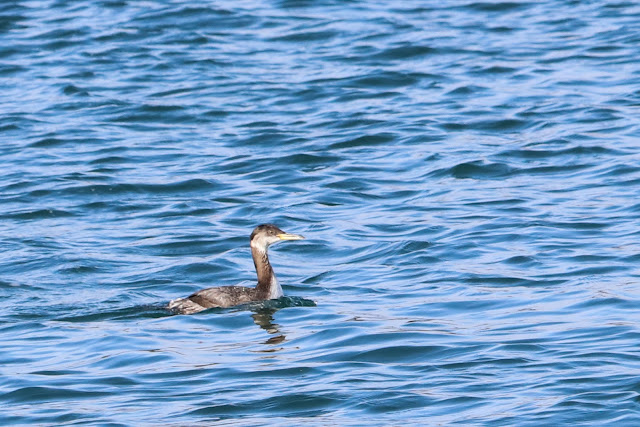 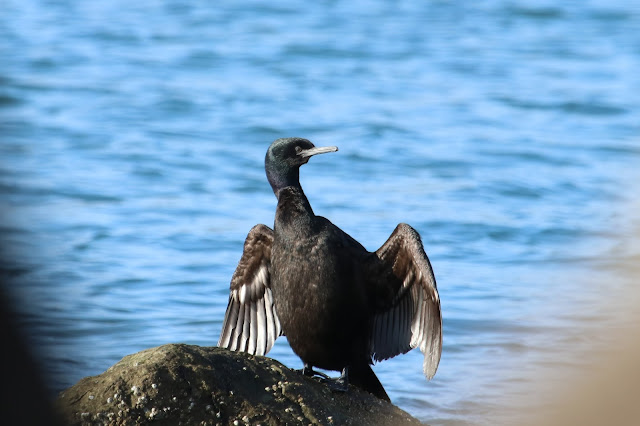 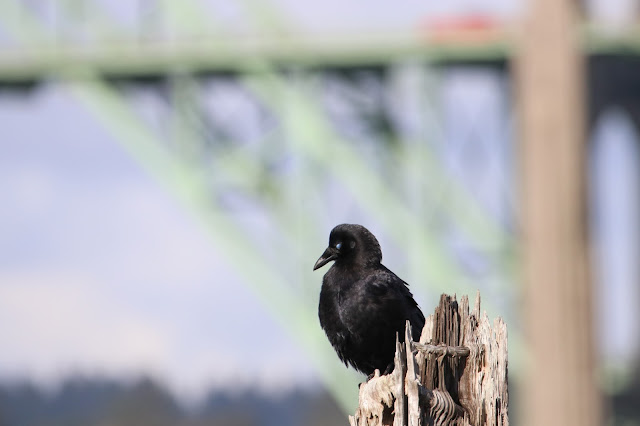 Other highlights here included White-winged Scoters, Harlequin Ducks, and a Barrow's Goldeneye.  We could have easily spent more time here but there were more Mallards to find.  Valley Mallards.  Vall-Malls they're often called.  Back across the coast range and over to the fields of Halsey, we made it to Lake Creek Drive by about 5:15.  The sun was getting lower as we began scanning the telephone poles.  Something flew over.  Not a hawk.  Was that a Mallard?  Was that THE Mallard?  No.  No of course not.  Keep driving.  Look birders!  We saw the small dot on a distant pole 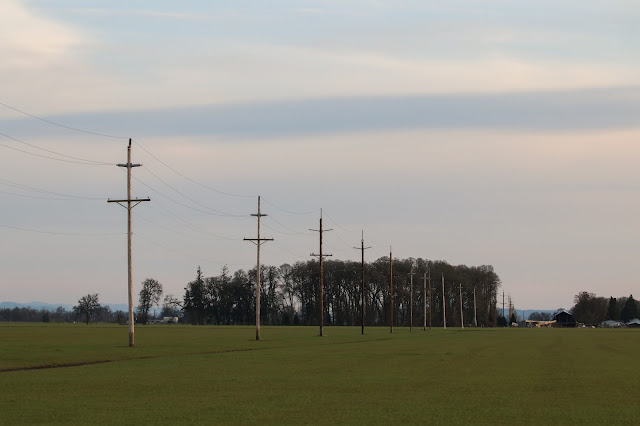 After about twenty minutes the bird began to adjust itself, hopped around on the pole, then flew off into the sunset like a lifer Gyrfalcon should. 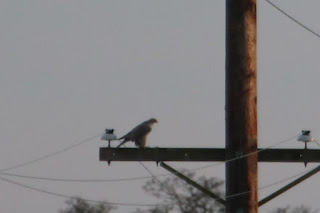 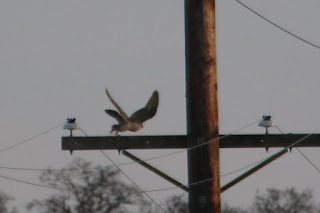 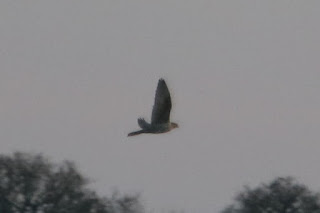 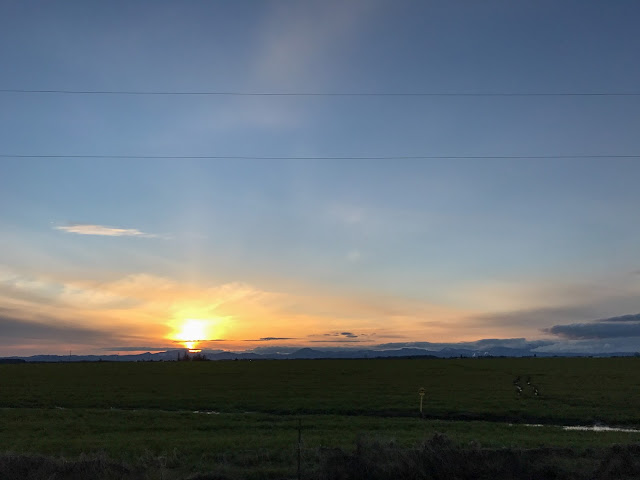 Not long after as we began the drive back to Portland I pointed at some birds swimming in a roadside pond.  Mallards.