on July 25, 2017
Last weekend Jacob and I went up to the Olympic Peninsula with the main goal of seeing orcas and puffins from boats out of Port Townsend.  We got a rocky start when our Airbnb host mentioned the day before we were leaving that her German Shepherd was free-roaming on the property we planned to stay at with our dogs.  Um.  No.  Thankfully I was able to find a place at the last minute farther away in Bremerton, home of the Saboteur Bakery.

We took our time on the drive up and stopped at Dosewallips State Park where a small herd of elk was grazing. 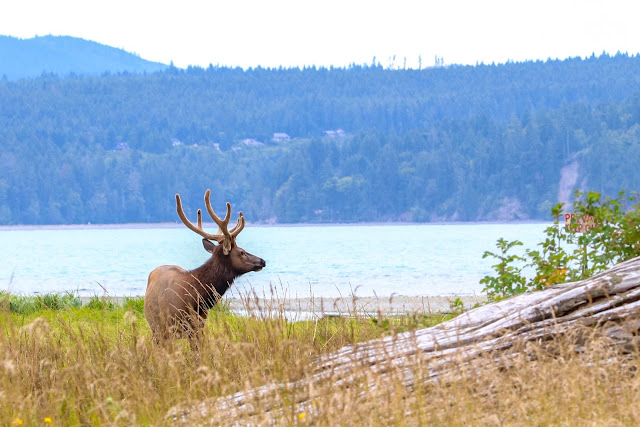 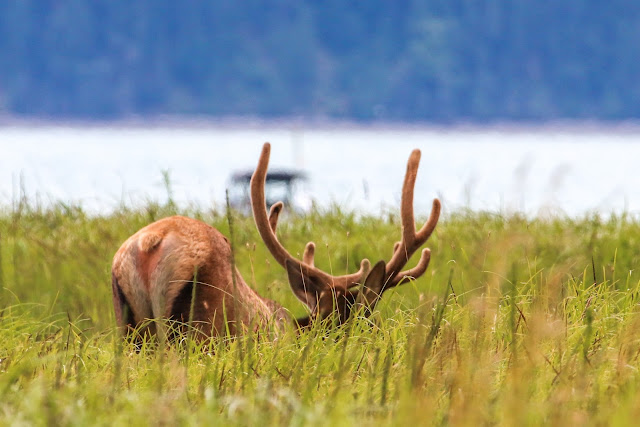 We drove over the Hood Canal Bridge, the third longest floating bridge in the world, and could see tons of alcids in the water below.  We stopped at Salsbury Point Park on the east end to try to get views of the birds with mild success.  Lots of Pigeon Guillemots were flying around and a lone Marbled Murrelet was diving close enough for a visual. 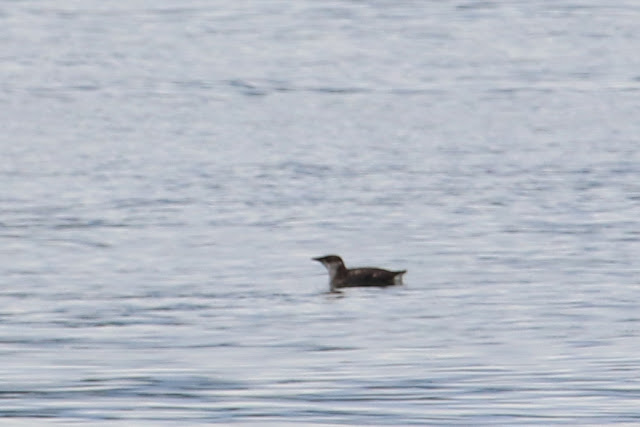 We hit up Point No Point also and had our first Rhinoceros Auklets of the trip, but there were many more to come.  From there we headed back south to Bremerton and checked into our waterfront house for the weekend.  Pretty sweet spot! 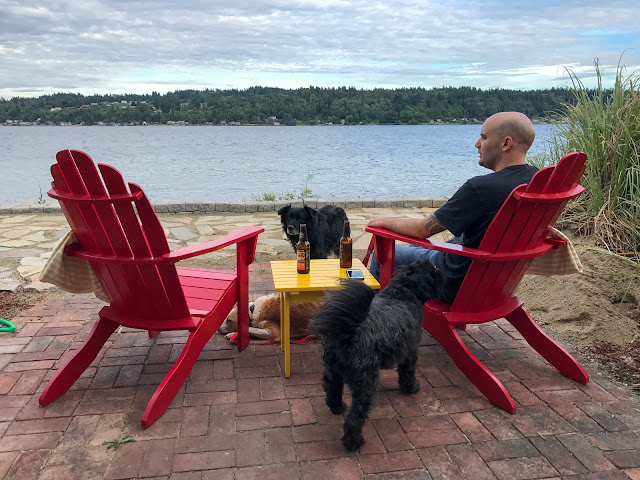 In the morning we ran the dogs around at Evergreen Rotary Park before grabbing fresh-from-the-oven pastries at Saboteur and heading north to Port Townsend. 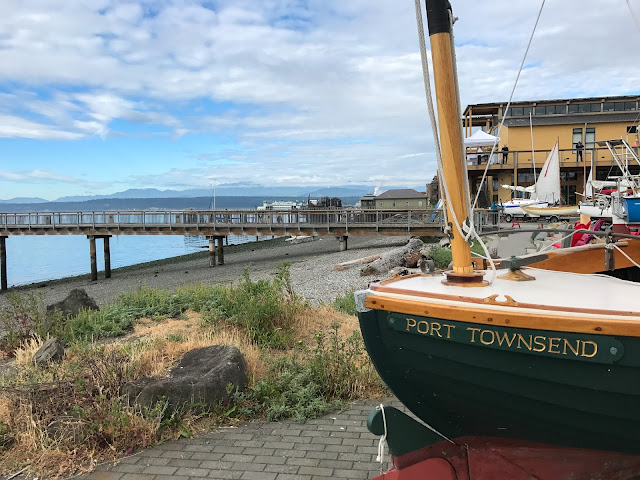 We checked in for our morning Puget Sound Express whale watch boat and learned there was a bit of a delay due to a clogged toilet, so we spent a lot of time poking around the docks nearby. 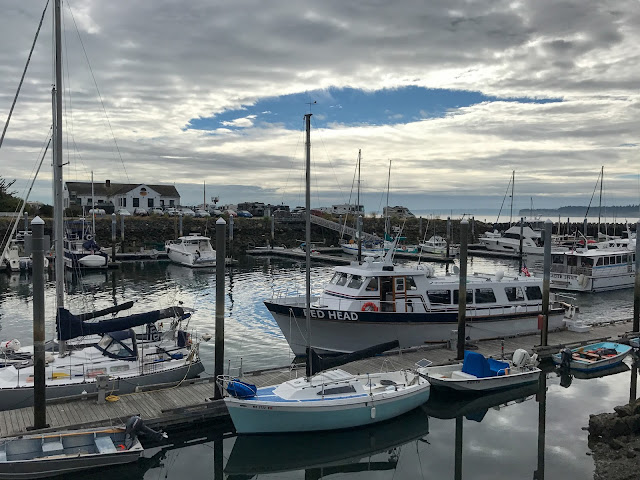 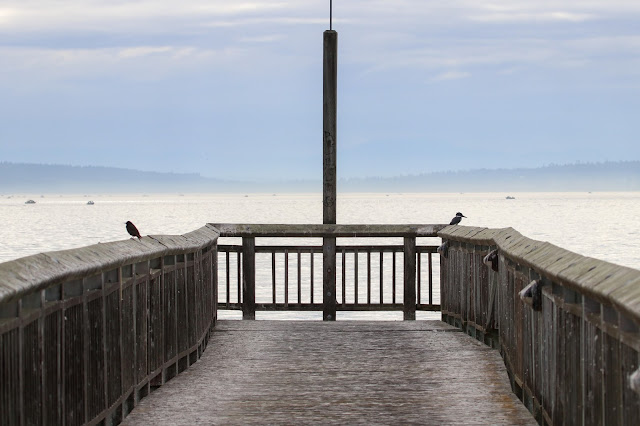 A pair of Glaucous-winged Gulls had nested on a concrete structure near the dock and their three young ones were hanging out in view.  One of the parents came in at one point and threw up some whole fish for them.  This led to me having a dream about humans throwing up whole fish for each other. 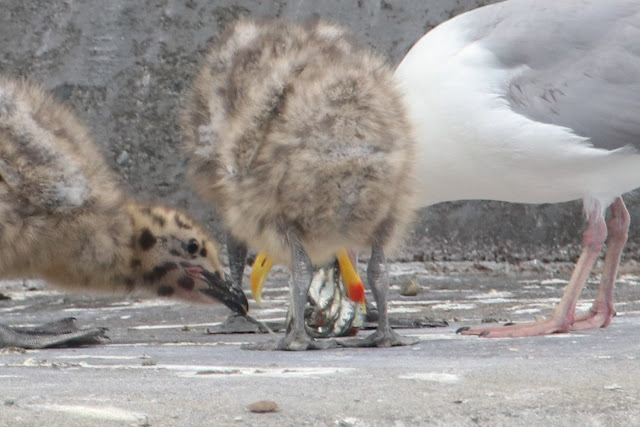 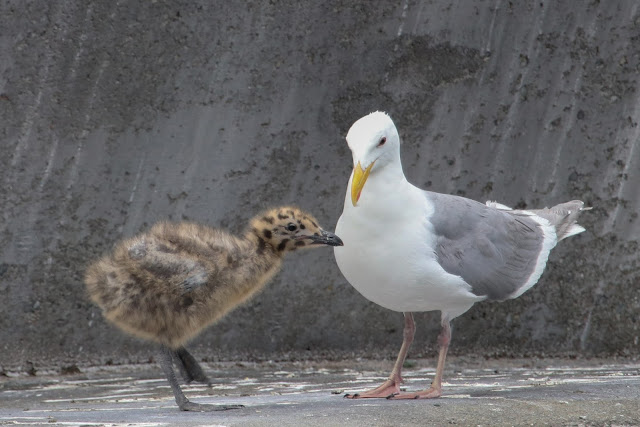 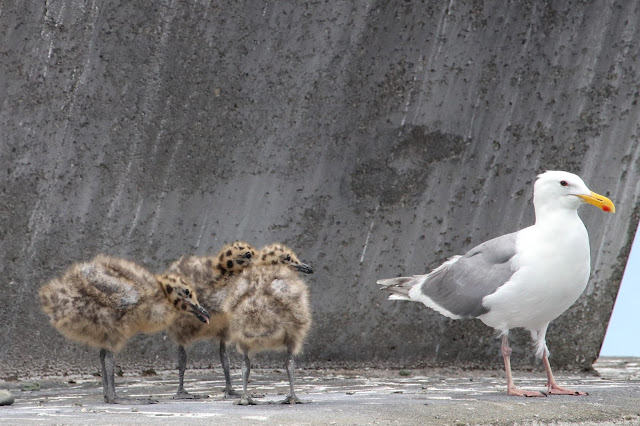 Meanwhile in the water below a big red jellyfish was washing up to the shore. 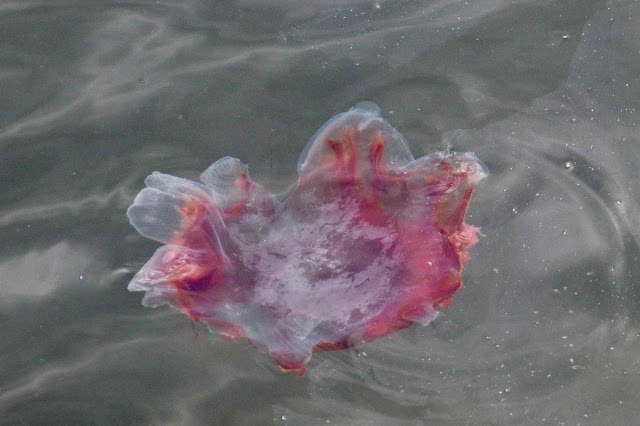 The mix of clouds and blue sky was turning the water to the east lovely shades of turquoise and I was pleased to find a Pigeon Guillemot willing to pose in it. 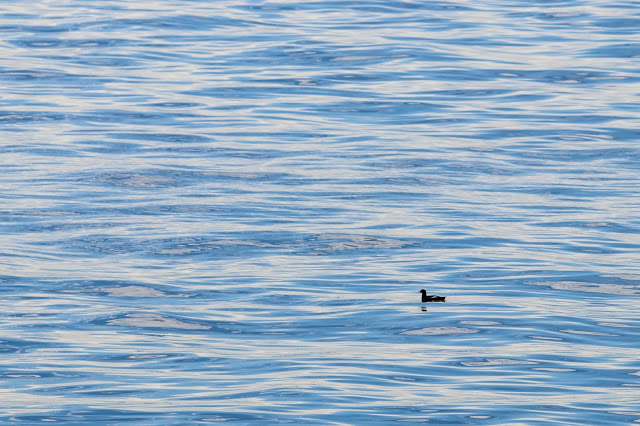 Finally the Red Head's toilet was unclogged and we were able to get going on our search for orcas.  One of the first things I took a picture of was this barge with tons of flattened cars: 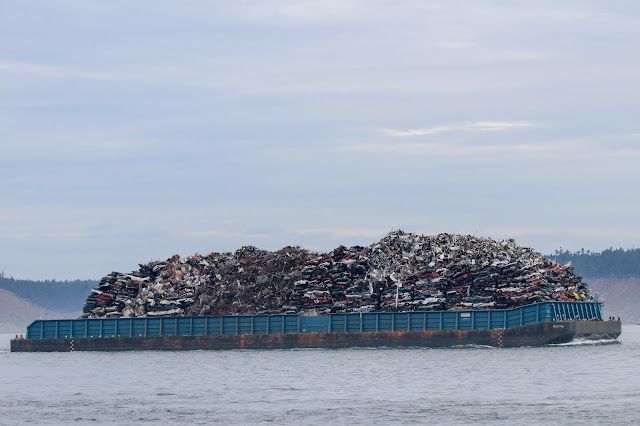 Harbor porpoises were a fairly regular sight during the day. 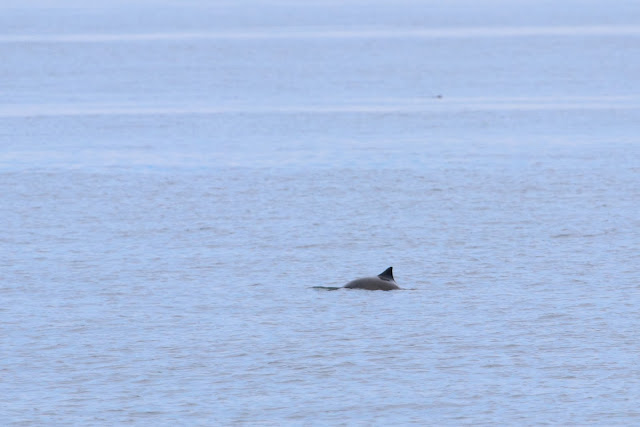 We saw quite a few murres and auklets, but this was the only time we saw them being BFF's. 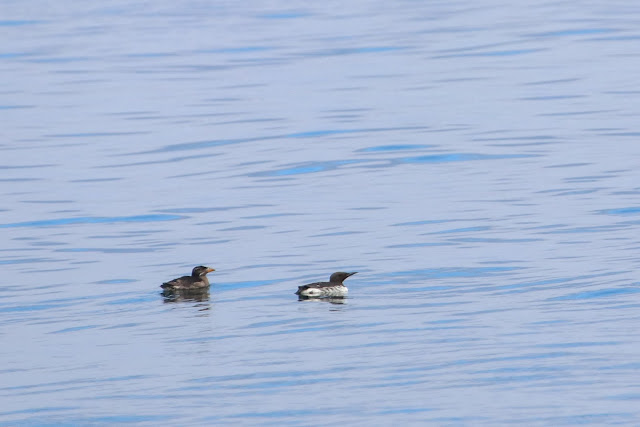 I was excited to get decent Rhino Auklet photos for once. 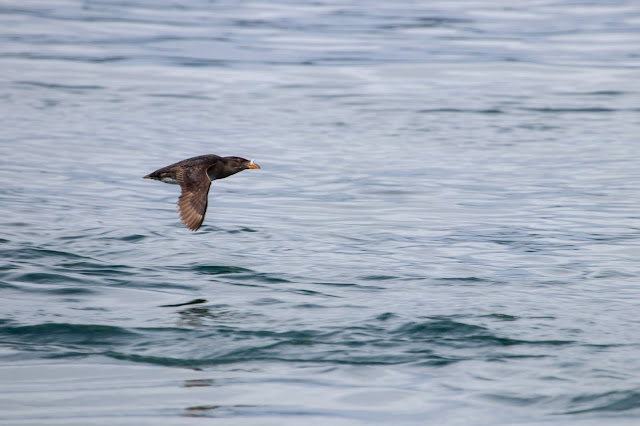 We cruised around looking for orcas for a long time, hoping another boat might have found some also.  Unfortunately this never happened.  No orcas.  Not one.  But we did see a few humpbacks so all was not lost. 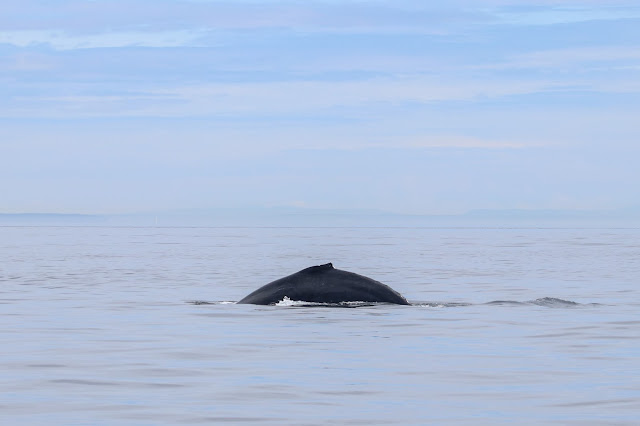 We stopped at some rocks close to Victoria, BC, and had Black Oystercatchers, a lone dowitcher, tons of seals and Steller sea lions. 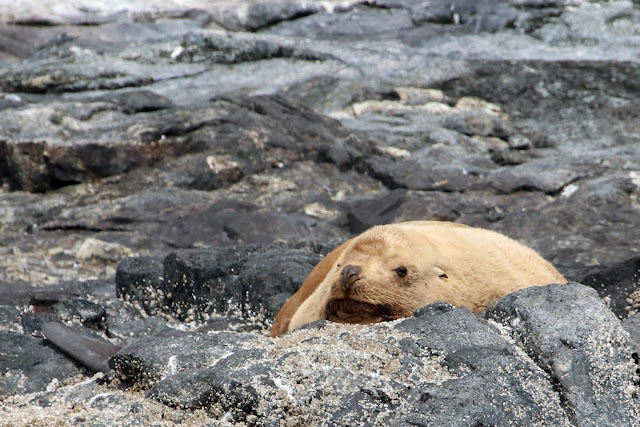 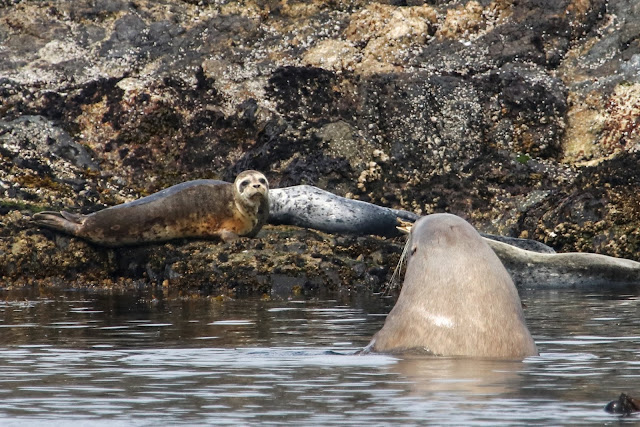 After the whale watch we had to drive back to Bremerton to hang out with the dogs for awhile, then head back to Port Townsend for our evening puffin tour.  We arrived a little early so we returned to the dock we had visited in the morning and found the best views of Rhinoceros Auklets imaginable. 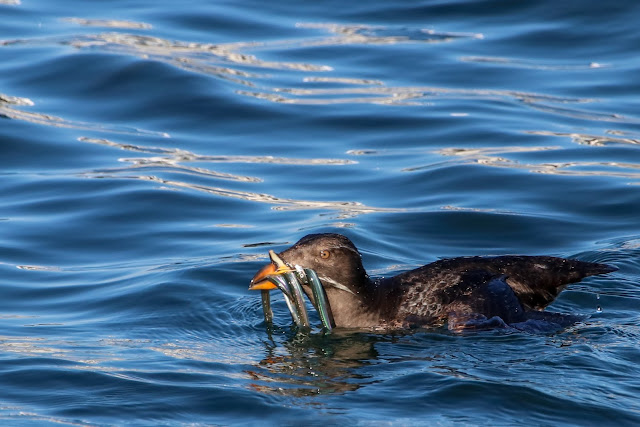 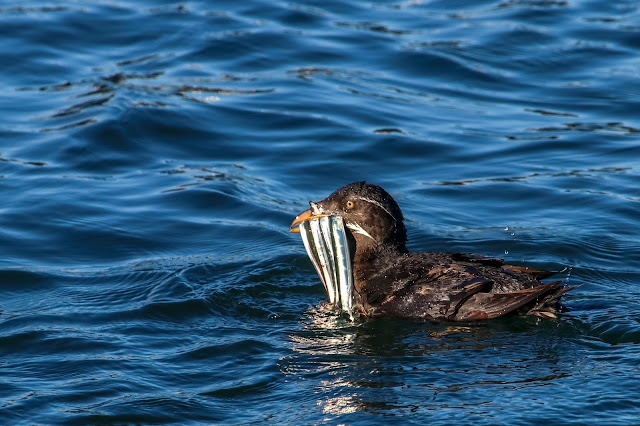 This pair was so distracting we had to hurry to catch the puffin boat.  Again we boarded the Red Head but this time headed to Protection Island where thousands of auklets (14,000 pairs!), gulls, cormorants, and some Tufted Puffins nest.  We cruised around watching the Bald Eagles, Harlequin Ducks, Black Oystercatchers, and finally some Tufted Puffins. 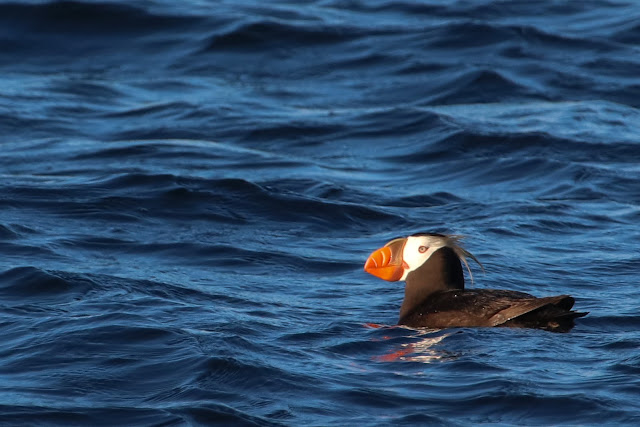 I had never had such a good view of them on the water, and certainly not at sunset, so that was really cool. 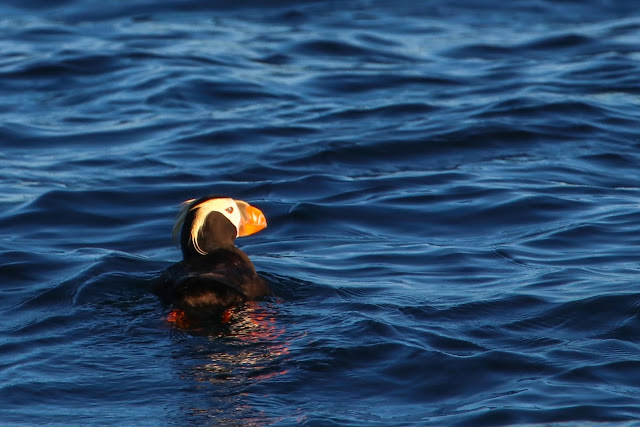 The sunset happened behind clouds and fog, but a little bit managed to break through. 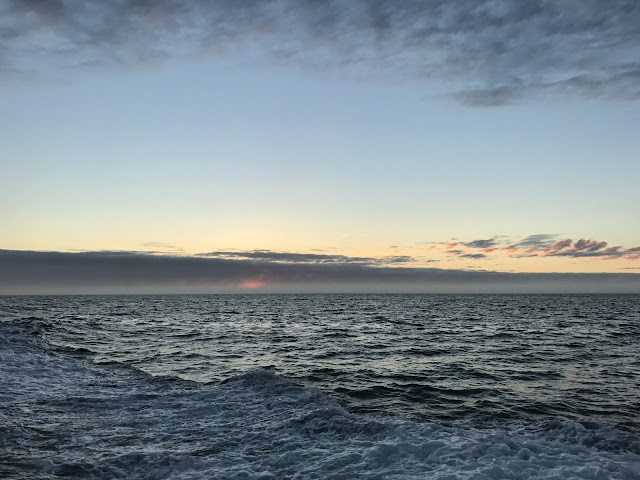 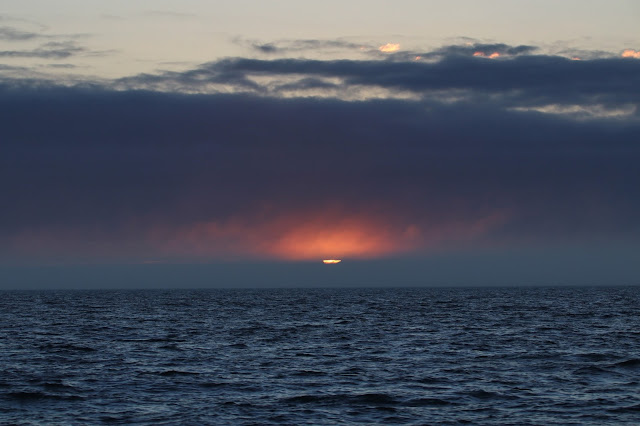 All in all, we had a couple of cool boat trips with lots of wildlife.  We'll have to go back another time to try for orcas again.

Sunday morning we took the dogs for a walk at Illahee State Park, a few miles from our Airbnb.  We didn't have our cameras so no photos of the adorable young Pileated Woodpecker we saw, but here are phone photos of a cool kelp crab: 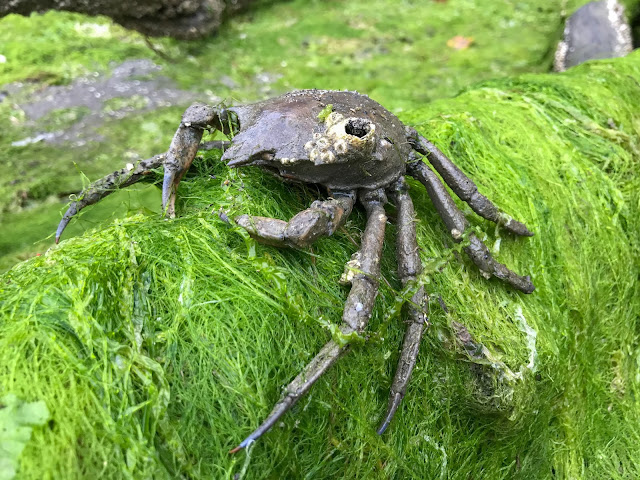 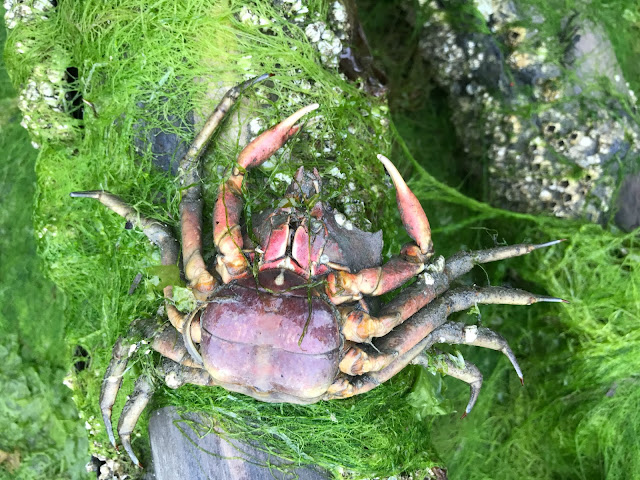 We packed up after the park and headed back to Portland.  It was a great little adventure to the north with two lifers for Jacob and two WA state birds for me.  Good times!!!!
Belted Kingfisher Common Murre Elk Glaucous-winged Gull Harbor porpoise Humpback whale Marbled Murrelet Pigeon Guillemot Rhinoceros Auklet Steller sea lion Tufted Puffin