We interrupt your regularly scheduled birds...

A few evenings ago Jacob and I were sitting in the backyard having beers when I noticed Rexi was walking along with her nose to the ground, following a big bug.  I jumped up and ran inside to get my macro lens, and returned to find it had crawled up a blade of grass. 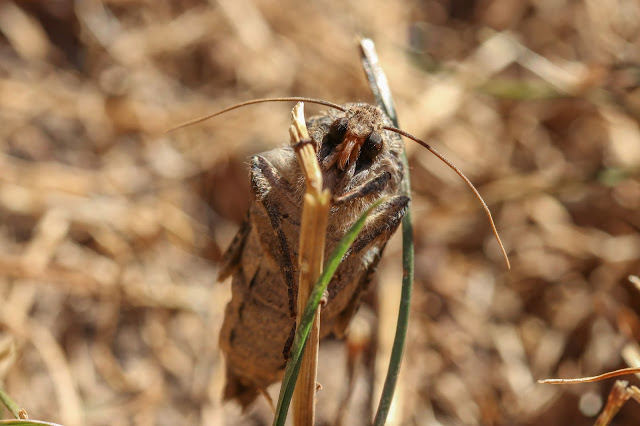 It took me awhile to accept that this was a moth, and a brand new moth at that.  Most likely it had only just emerged when Rexi noticed it waddling along the ground.

Its wings were super short, like it was wearing a bad crop top.  How the heck was this thing going to fly? 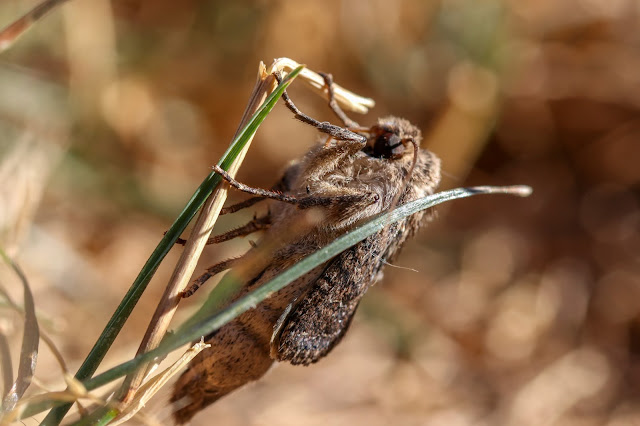 Then I noticed a droplet of liquid was forming on its face and at the same time its wings were starting to vibrate and separate for the first time. 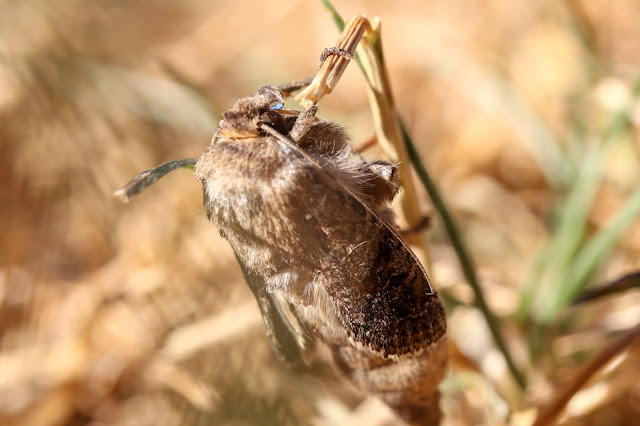 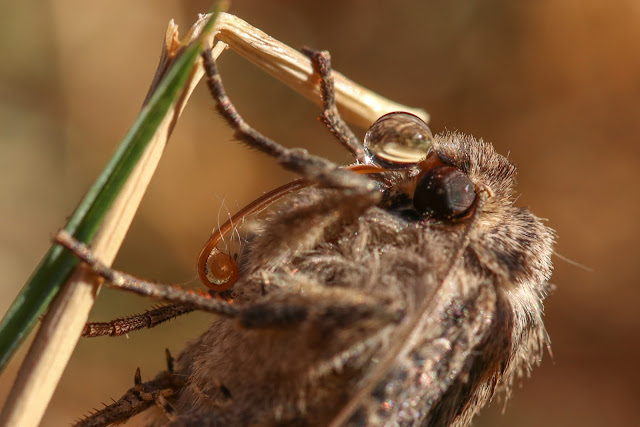 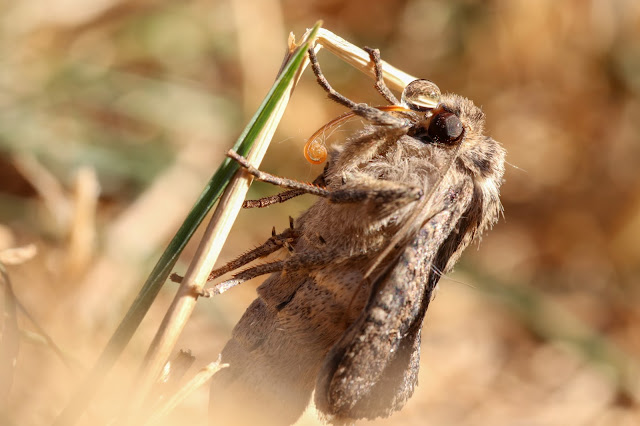 I found a page from a book online called The Natural History of Moths by Mark Young that described this very behavior:

"At emergence the wings are crumpled and soft, but the moth soon finds a secure foothold and then forces a fluid through the veins in the wings, expanding them rapidly."

The crop top was starting to fit!  The moth finished this behavior then took off for another patch of grass where it expanded its wings outward for the first time.  After a few minutes I poked my finger in the grass and it crawled right onto it. 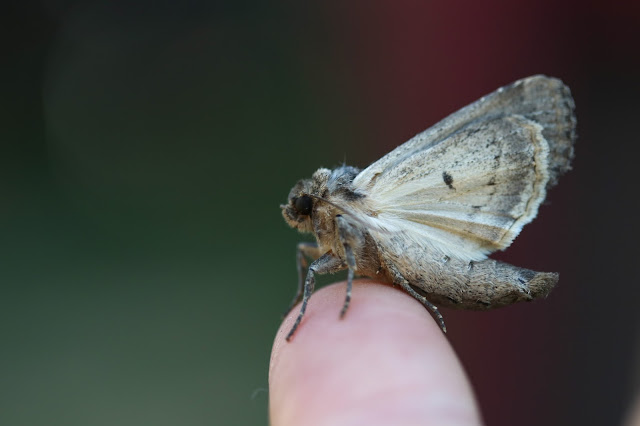 It clung to my finger for quite awhile, seemingly undisturbed by my face in its face.  Eventually its wings moved to a more restful-looking position.

Again, from the Natural History of Moths:

"Once they are at full size, the fluid is withdrawn and the wings dry and harden, before either being folded into the usual position at rest, or being used immediately for flight." 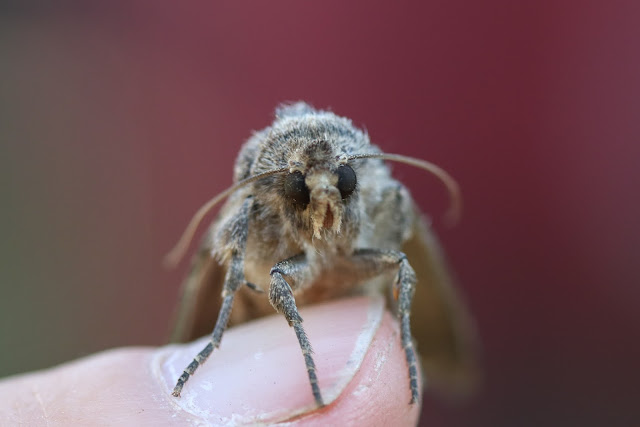 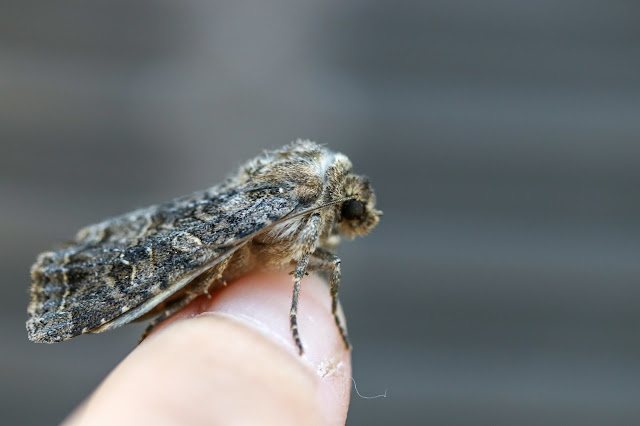 The crop top was gone and it looked like a real moth, ready to party.  I put my finger to the grass and it waddled off quickly to a dense patch and hid out. 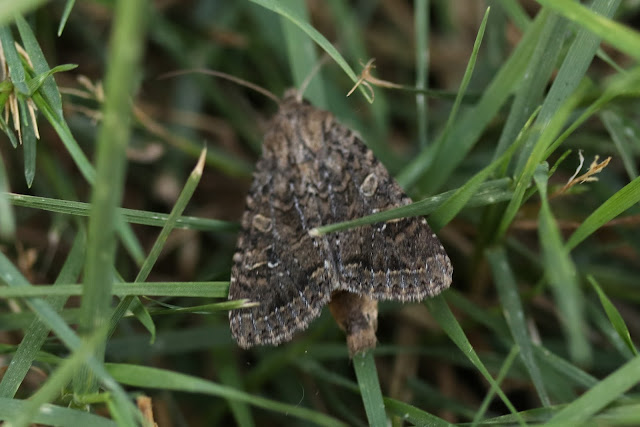 Blurry moth on the go.

I would have loved to watch it take flight for the first time but instead it settled into the grass, leaving sometime in the night.  Pretty cool!  I had never seen anything like this before and thought you all might like it too.  Yay moths!