on September 24, 2017
This week has been a good one for Broughton Beach.  Not as good as in 2015, but still pretty damn good.  I went out one morning and found no one on the beach, only a coyote. 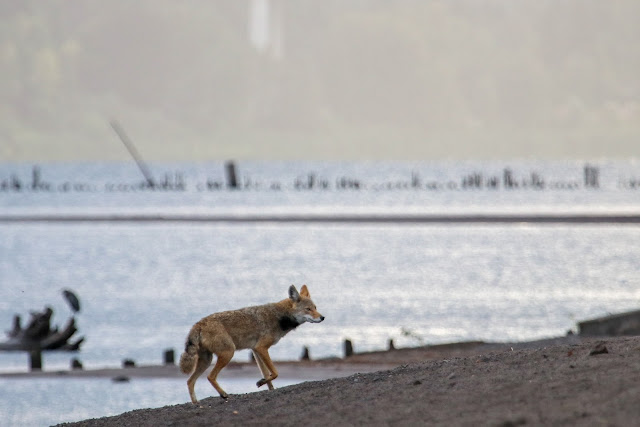 That big black patch on its neck seems to be blood, and I'm guessing it got into a scuffle with an off-leash dog.  After it saw me approaching it went up to the bike path and started heading west, but then some joggers spooked it back my way. 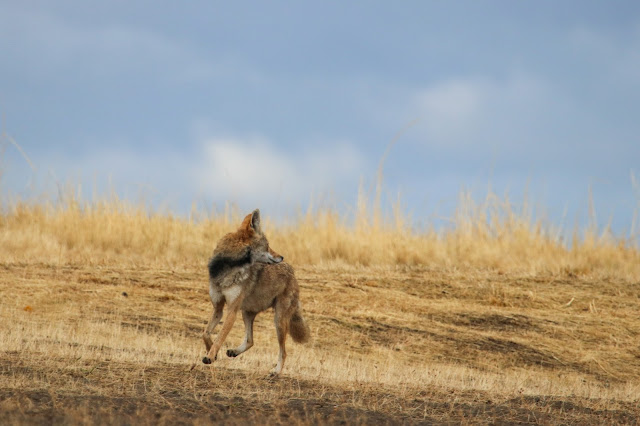 It's got to be rough trying to keep a low profile at Broughton. 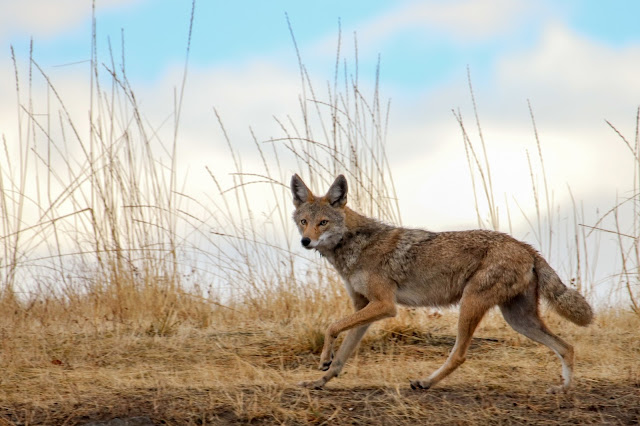 American Pipits are back and I had my first couple of fall on the mud. 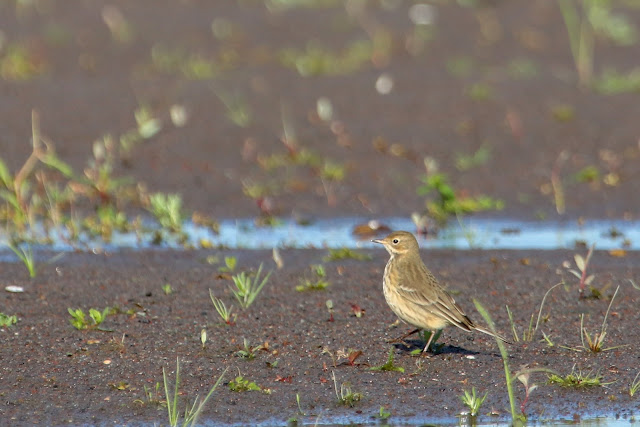 My friend Tait was also out on the mud looking for birds and we decided to try walking through the willows for longspurs.  Big flocks of Greater White-fronted Geese were migrating overhead. 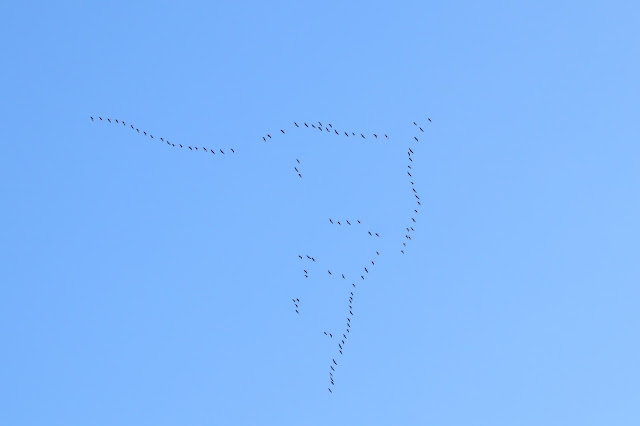 I looked back at the gull roost area and noticed a small gull had joined the party.  We walked back towards it, still unsure if it was a Bonaparte's or something more exciting. 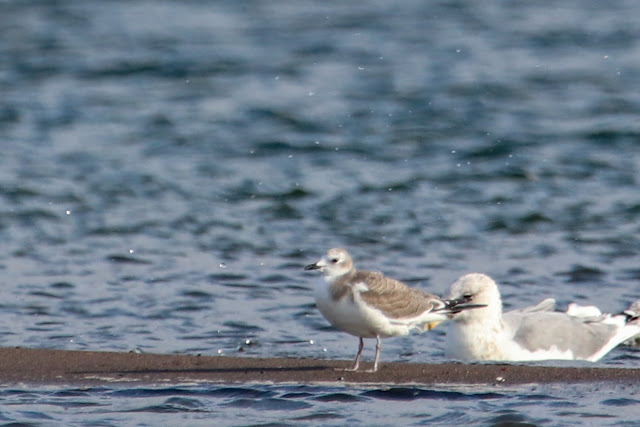 I was thinking it sure looked like the Sabine's Gull we had just seen in Woodland when another interesting bird caught my eye.  This one was cruising fast and low over the river, with a dark back and pointed wings.  I was shooting off photos while also trying to get Tait on it.  Photos showed it was a jaeger! 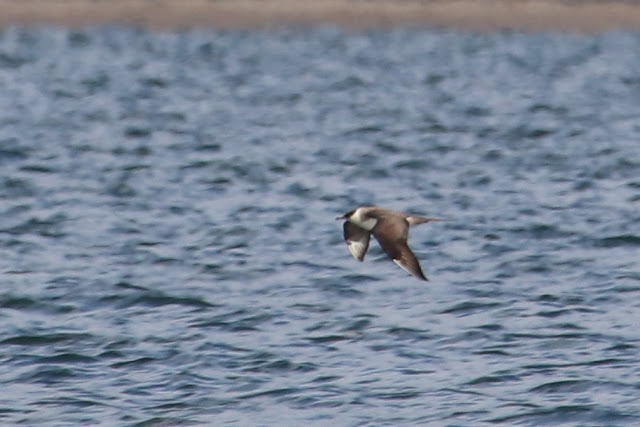 I was not completely sure which jaeger it was yet, but once I got home and studied some Sibley I was fairly confident it was a Parasitic. 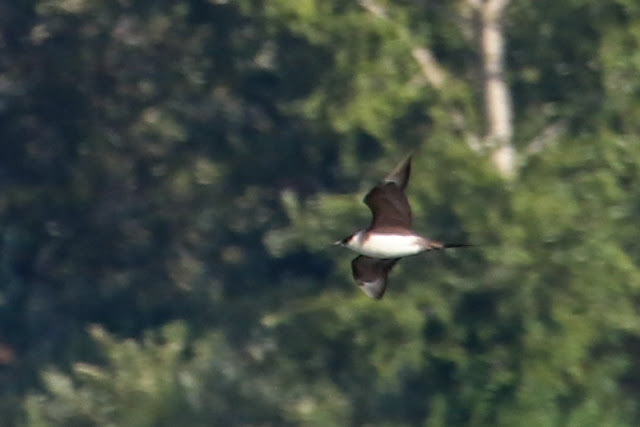 Soon after the jaeger fly-by the small gull took off and proved to us it was a Sabine's.  Two county birds in five minutes.  What a day. 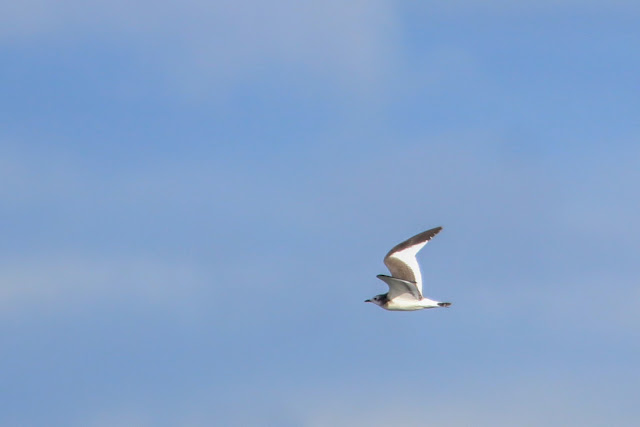 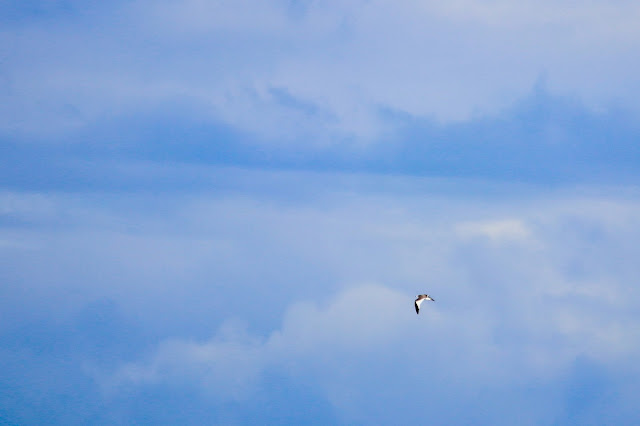 After that excitement I walked back towards to the car and stopped for this super peaceful Common Merganser. 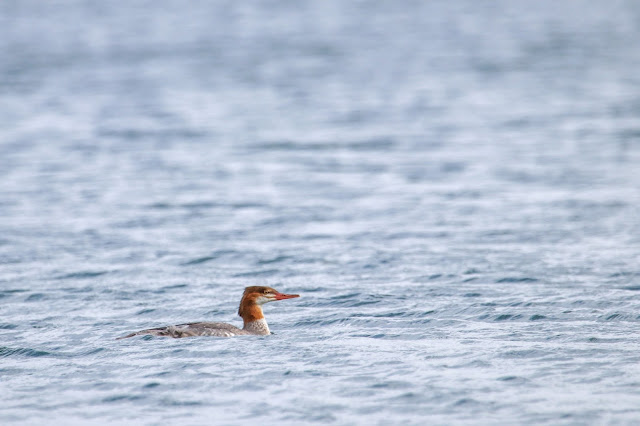 I had been home for about an hour when I got a call from Jay Withgott that he was at Broughton Beach and also had a Parasitic Jaeger.  Tait had stuck around and photographed this bird which we determined was a different one from earlier, despite both being light adults.  Two jaegers within a couple hours is pretty damn good for that spot.

In addition to the second jaeger they had a flock of Lapland Longspurs.  Damn!

One afternoon this week Jacob and I chased a reported Black Phoebe on the Columbia Slough.  It took awhile but he finally picked it out as it chased a bug over the slough. 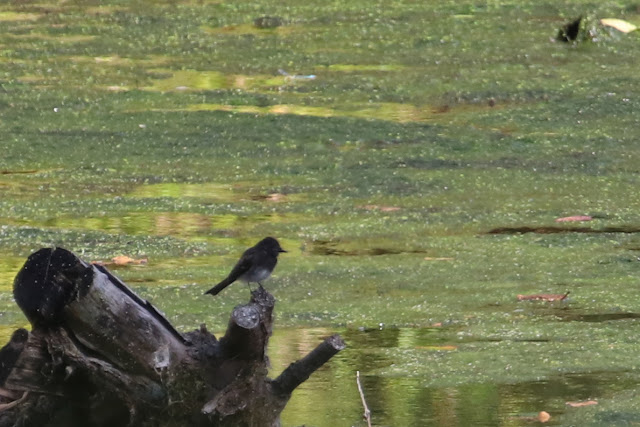 We decided to hit up Broughton afterwards where the sky was looking amazing. 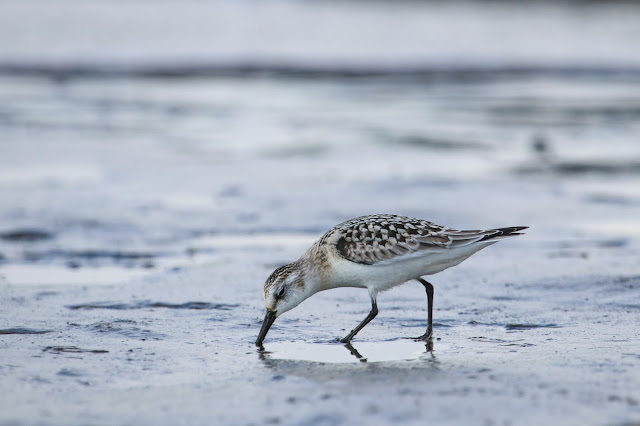 We could see a bird perched on a log in the middle of the river near the gull roost.  I figured it was probably a merganser but after a few photos I realized it was one of the reported Common Terns! 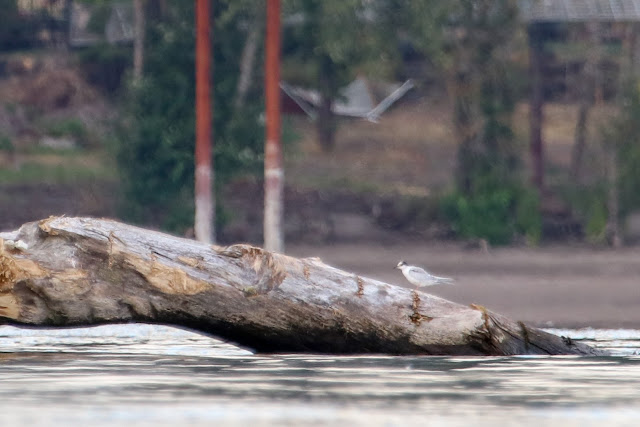 A little bit later we ran into our friend Eric but the tern had disappeared by then.  Luckily Jacob noticed it flying back, crossing over to Washington waters as it flew west.  Yay, it became a Clark County bird for us all!  We took off shortly after, and the sky was still looking wild. 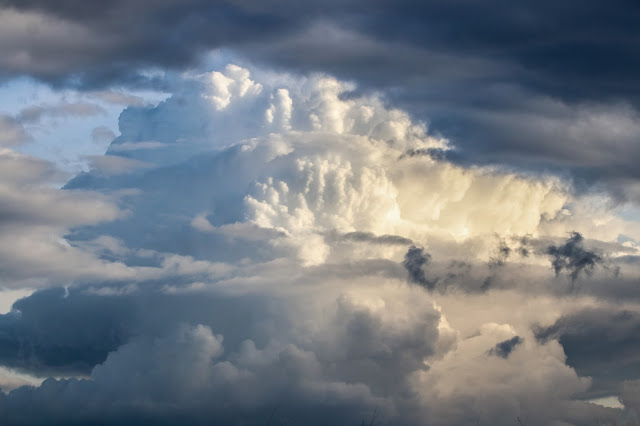 I had a good morning birding Blue Lake on Friday with a large mixed flock of warblers, chickadees, flycatchers, and more.  A singing male Purple Finch was not only a new park bird but also 5MR bird #151! 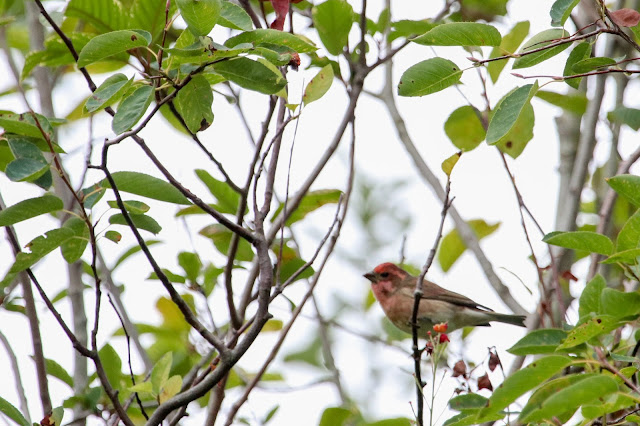 A flock of at least six Black-throated Gray Warblers was definitely a highlight. 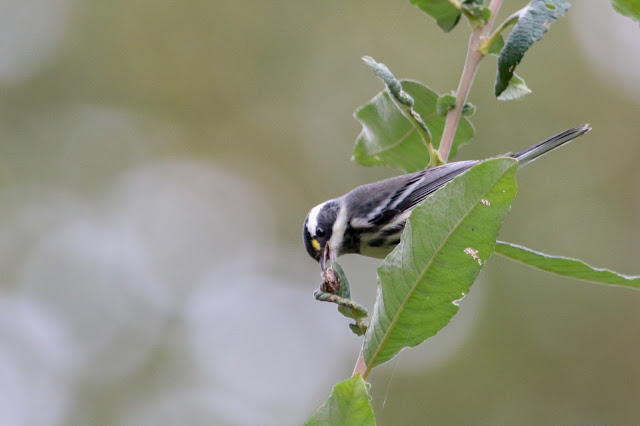 And lastly, another new Blue Lake bird was a Lincoln's Sparrow at the edge of the lake. 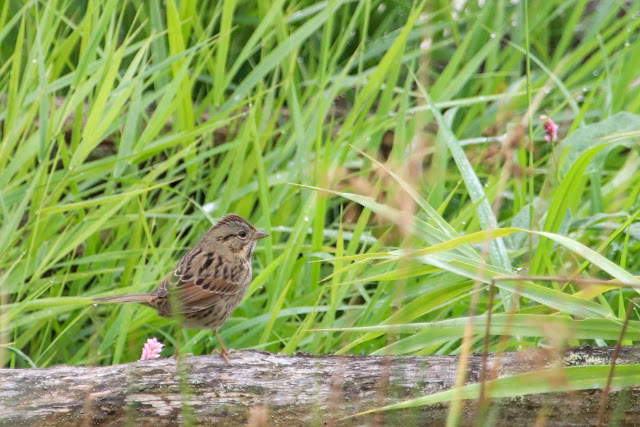