on October 24, 2017
Last week I decided to start exploring my future 5-mile-radius, beginning with a couple of hot spots I found on eBird.  The first, Arnold Park, is a little over a mile stretch of the Burnt Bridge Creek bike path.  Google told me little beyond the fact that someone had been murdered there this summer.  Fun.  I parked on Arnold Road right off NE St Johns Rd, across from what looked like an abandoned car.  Light rain fell and things definitely felt creepy. 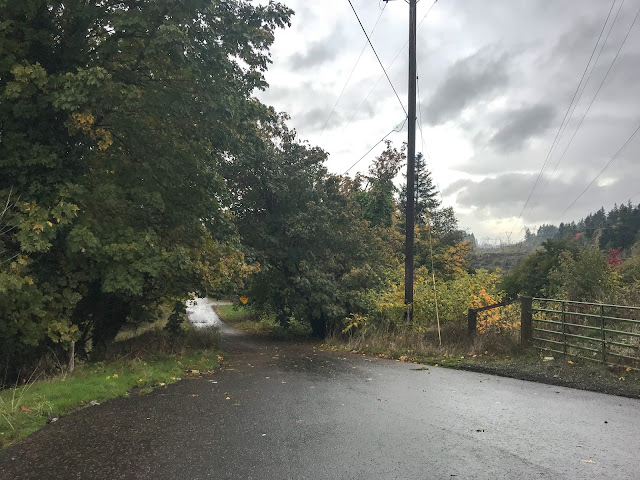 View from where I parked

Arnold Road (above) dead ends beyond a lone house and a gravel trail leads to the actual bike path.  There was no one around. 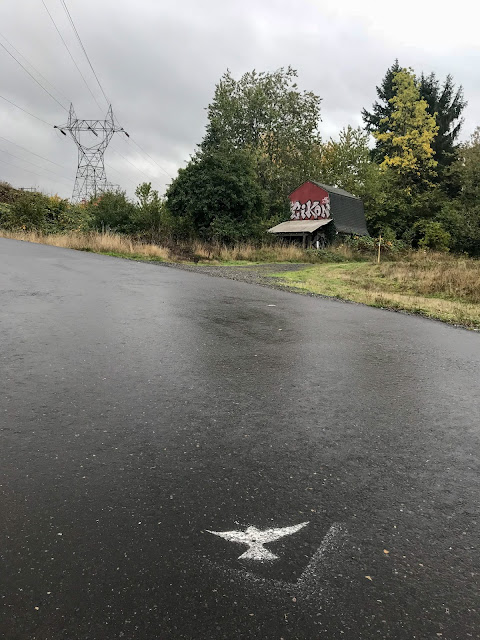 I was hoping an owl would appear in the open window of that barn, but no luck.  There was a sleeping bag below the overhang that may or may not have contained a body.

The bike path winds downhill, past some open areas, before heading through some woods. 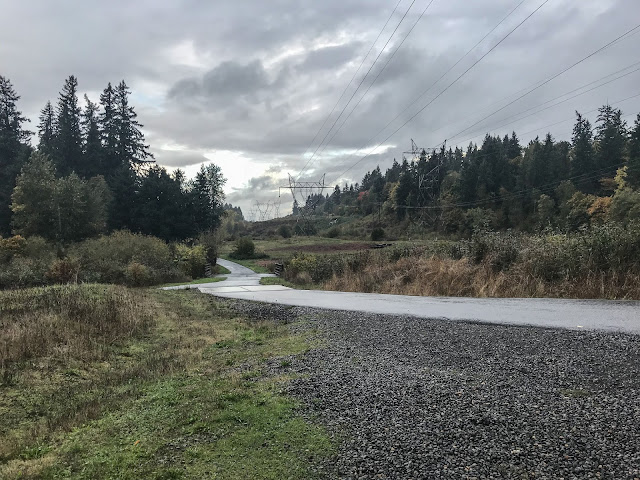 The shrubs in the open areas contained some birds, and I stopped for my first Fox Sparrow of fall. 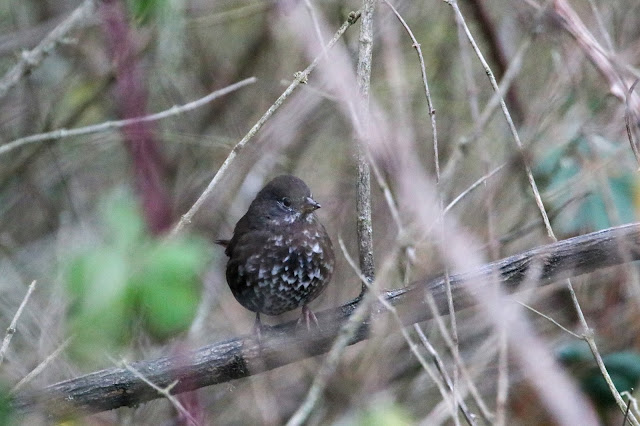 Near the sparrows were all these cool mushrooms: 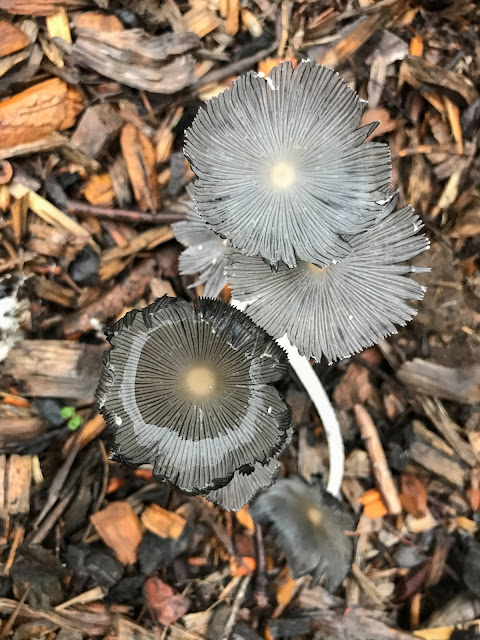 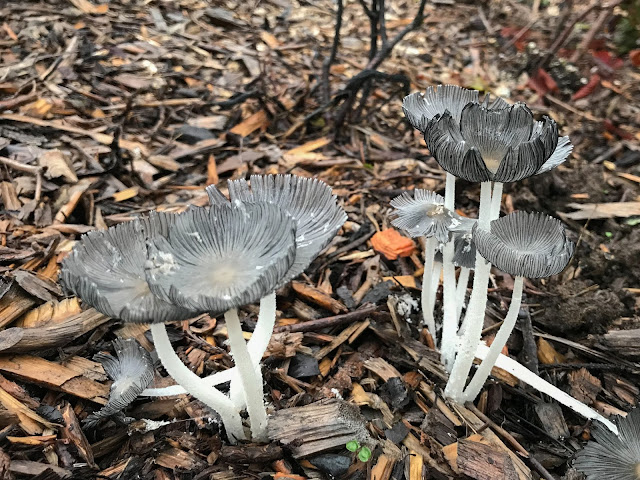 I continued down the path into the woods where I found a small pond on the south side which featured a few Mallards. 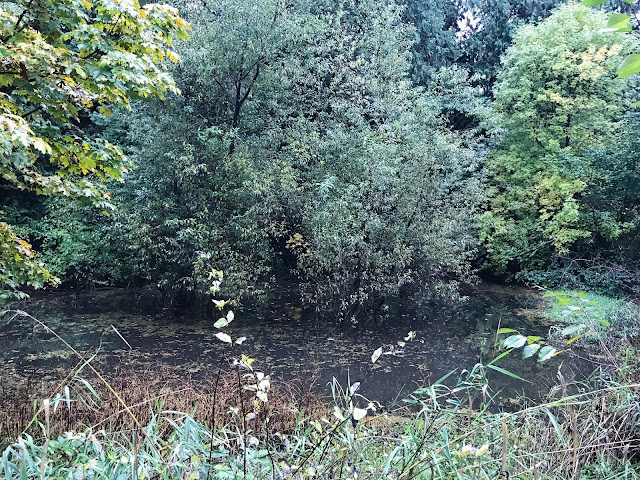 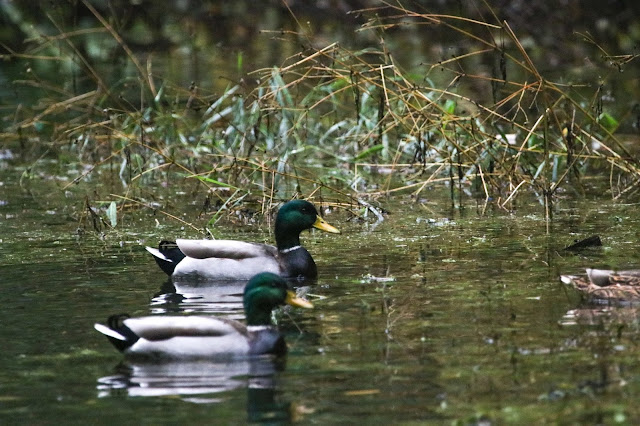 There were occasional trails heading north into denser shrubs but I could also make out a homeless camp back in there.  I made it to the west-side entrance to the park and decided to turn around, feeling what can only be described as the heebie jeebies.  After a power walk back to the more open area of the trail I slowed down to check the sparrow flocks again.  I found the best birding was had in one area above the creek where the longer I stood, the more birds appeared before me. 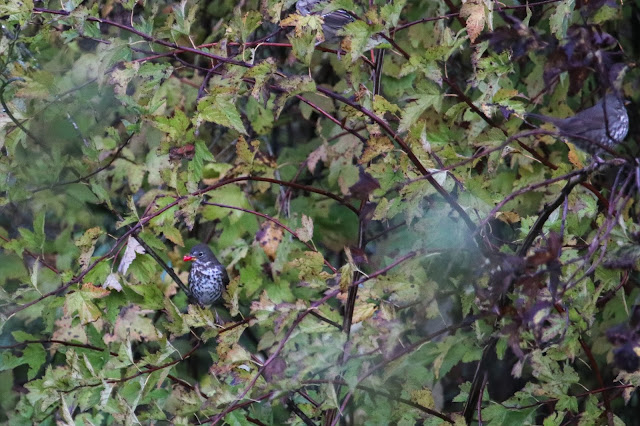 Along this stretch there were American Goldfinches, a White-throated Sparrow, an Anna's Hummingbird, kinglets, chickadees, and a single Mourning Dove.  Cackling Geese flew over with a sneaky duck trying to fit in. 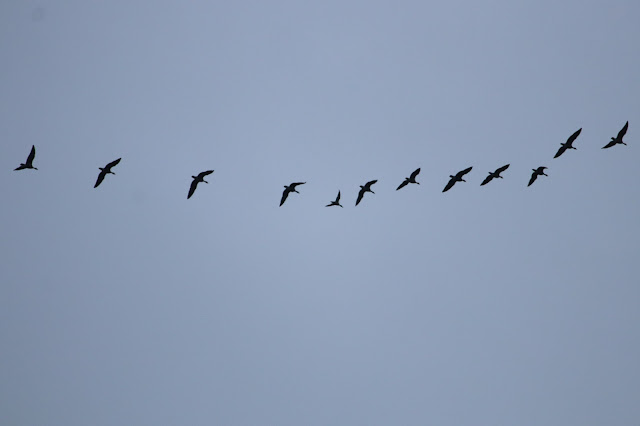 I was back at the beginning of the trail but noticed the bike path split in two directions.  The uphill direction went to a road crossing where it continued east, but where did the other direction go?  I followed it along the creek to a dead end, where the creek passed under the road but the trail did not.  It was a birdy little area with tons of kinglets, chickadees, wrens, and siskins.  A Downy Woodpecker was around, as well as a Red-tailed Hawk and a pile of Steller's Jays. 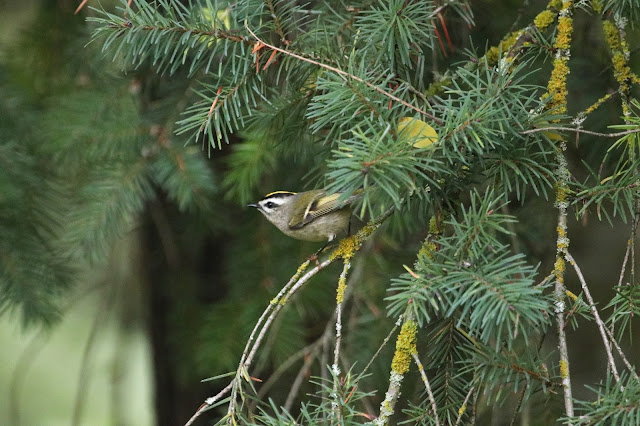 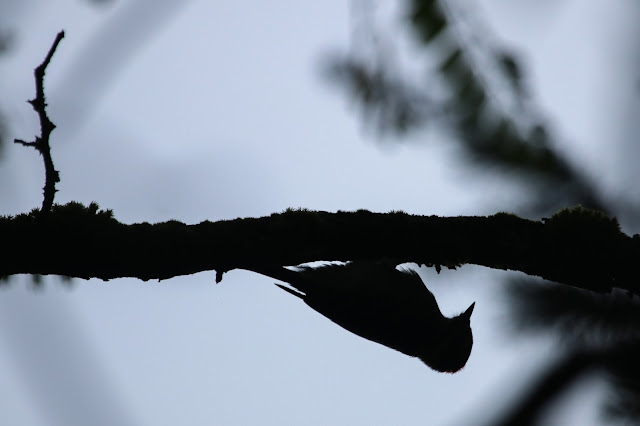 I finished off my exploration with 27 species for the morning.  Maybe on a sunny weekend day this place would be less creepy but I doubt I will be going back alone.

On Saturday morning it was raining again but Jacob and Matthew were down for checking out another spot in the future 5MR, Columbia Springs.  I didn't know much about it except that on eBird there was a hot spot here called Biddle Lake.  It turned out to be a great spot with a trout hatchery and a bunch of trails. 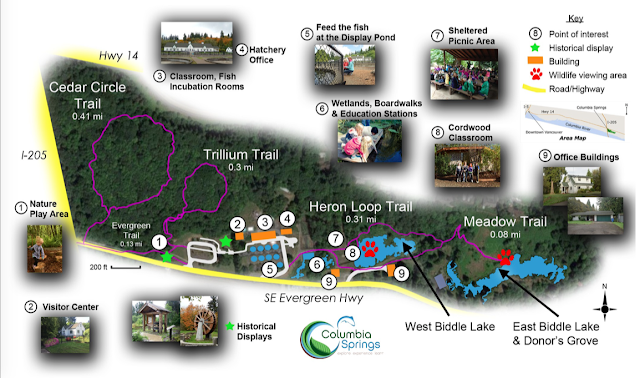 We started at the hatchery and headed east to the lakes from there. 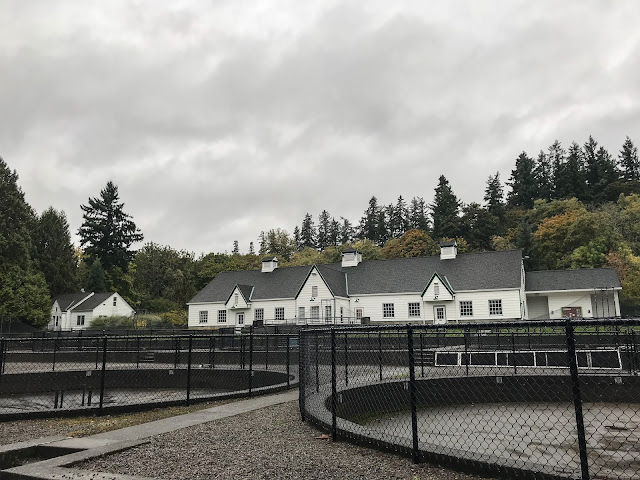 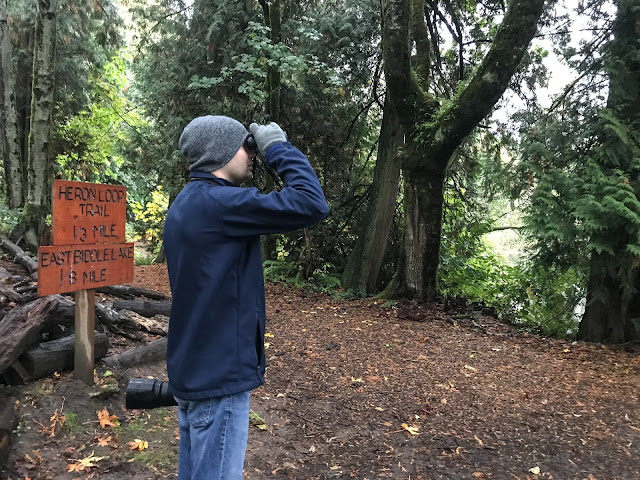 Once on the trails I began searching for salamanders and found a rough-skinned newt rather quickly. 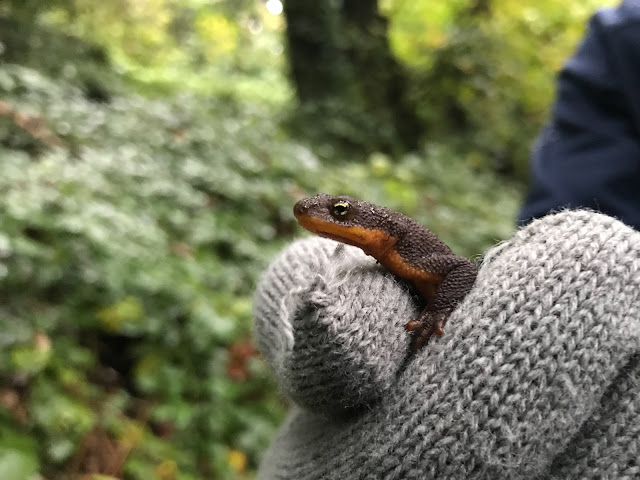 Despite the rain it was a very pretty walk. 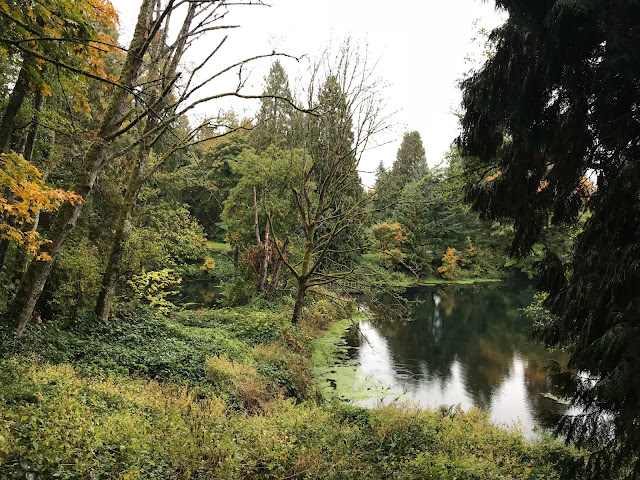 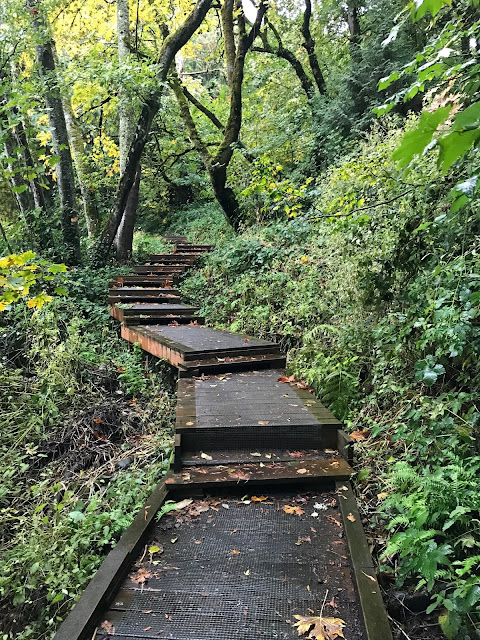 We passed a large log and I asked Jacob to help me roll it over.  Success!  Another newt and a new salamander: 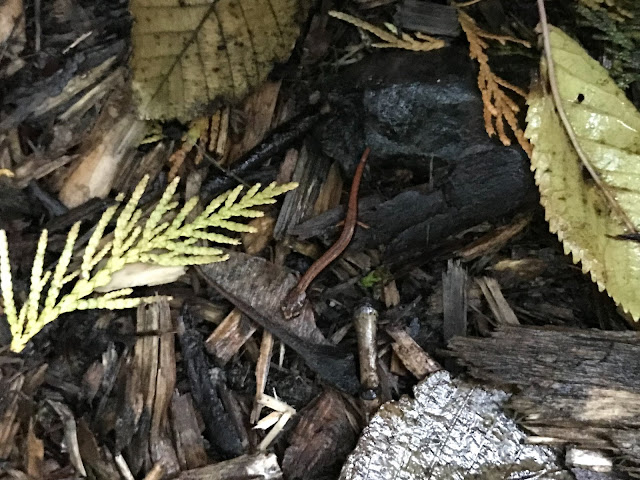 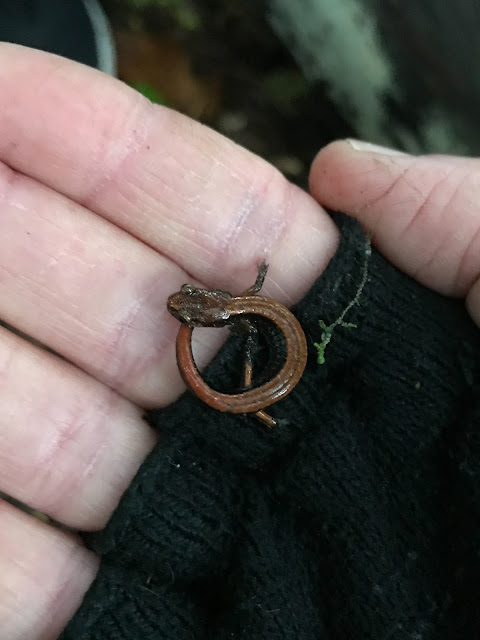 This one is a Western redback salamander.

The trail through the woods pops out into a meadow with some scattered trees and another pond. 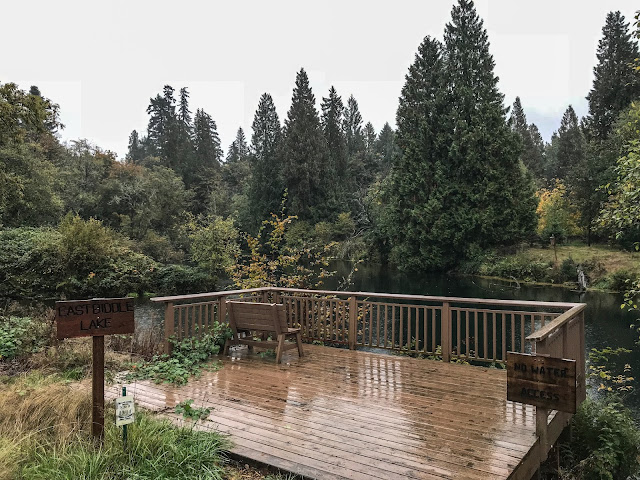 We made our way back to the loop trail and back to where we started, bringing our eBird checklist up to 22 species, 8 of which were new for the hot spot.  I am excited to check out the rest of the trails in the area as this place definitely has a lot of potential.  Plus it's not creepy!  Win win. 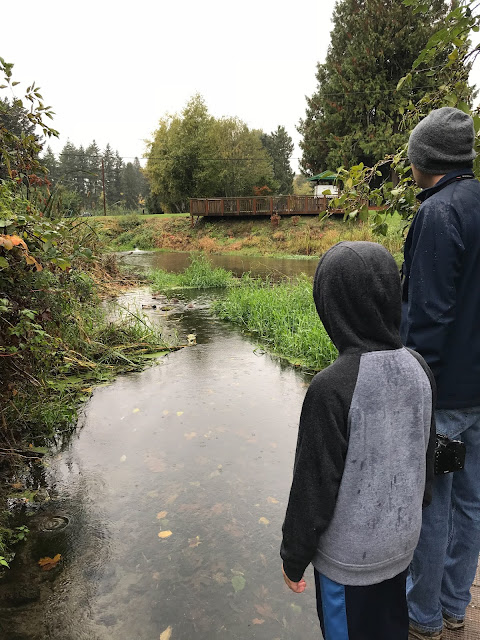